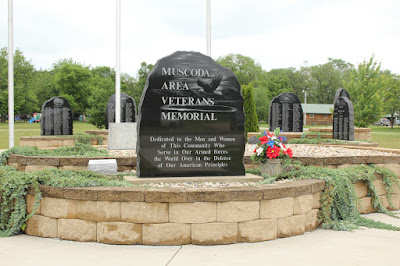 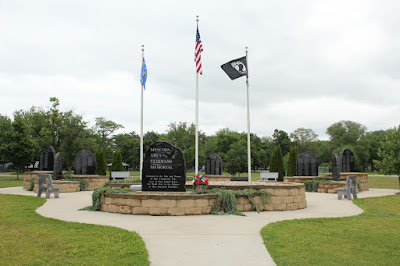 The design of this Veterans Memorial, with its
rounded shapes and raised elevations, was
influenced and inspired by ancient Native
American effigy mounds like those that
surround the Muscoda area.

The bald eagle, as used in the center of
the design, is a significant symbol not only
for Native Americans, but for all  Americans.

Just as the burial mounds honored the memory
of the Native Americans [sic] forefathers,
so does this Memorial honor the men and women
who served their country in the Armed Forces. 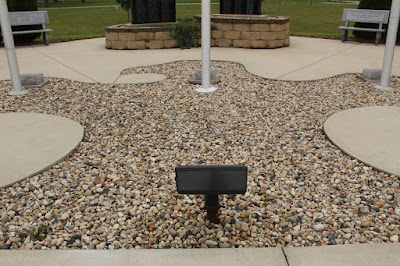 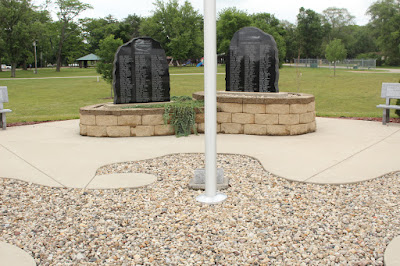 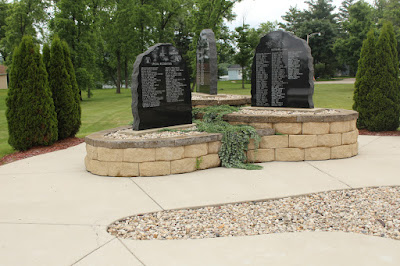 Moving from right to left around the memorial: 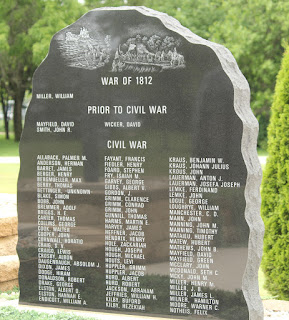 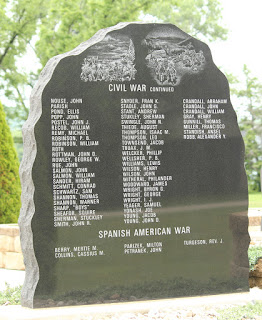 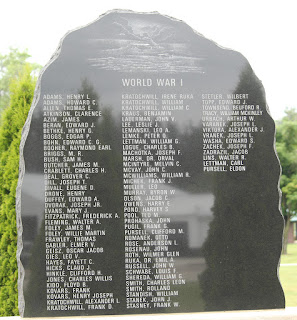 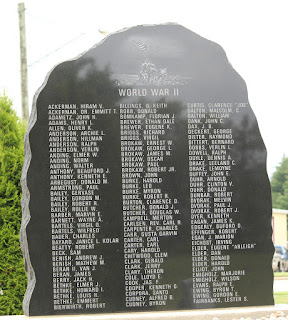 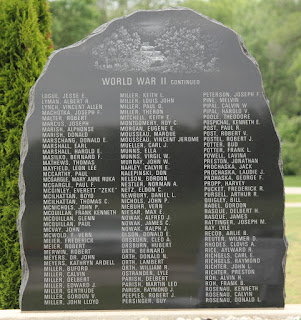 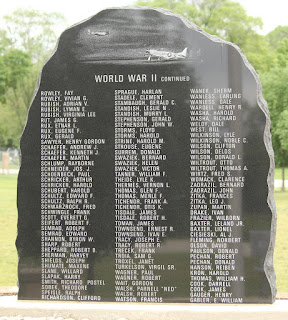 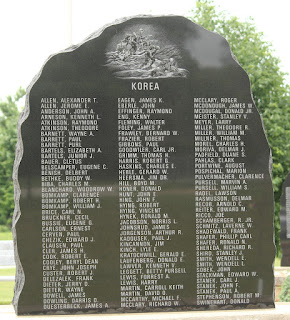 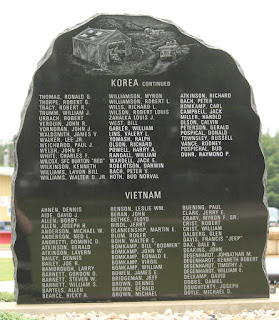 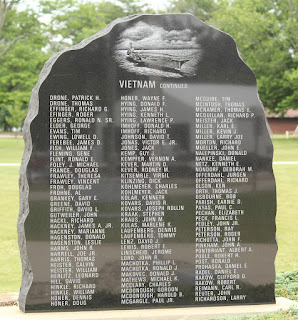 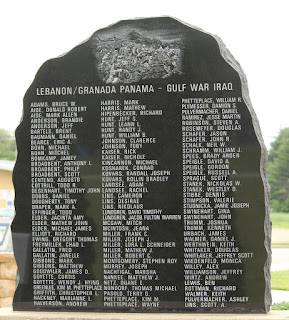 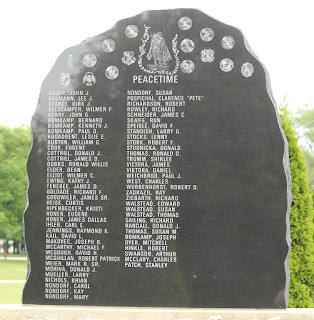 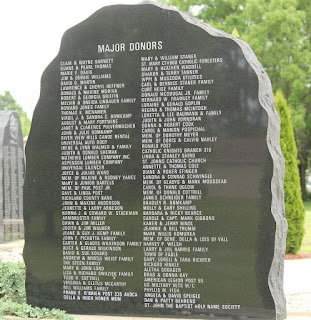 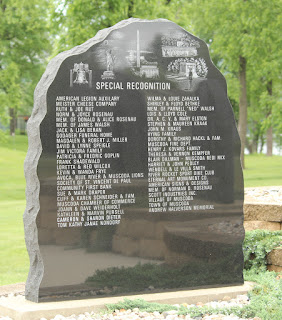 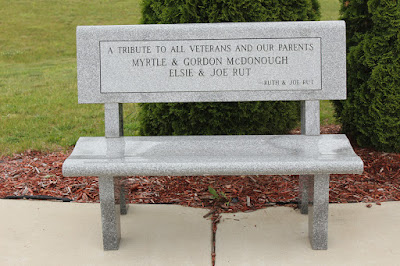 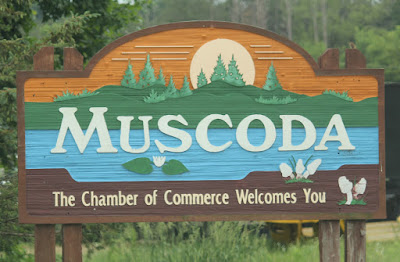 The memorial is located in Muscoda, Wisconsin.