Archaeologists believe that Woodland Indians of the Effigy Mound Culture met at Sentinel Ridge each spring to hunt, fish and gather berries and herbs. These mounds were built over many years, perhaps even hundreds of years. Note their animal, conical and linear shapes -- each shape likely had a spiritual meaning. We know that most mounds contain burial remains, but current thinking suggests that the mounds had a broader meaning such as indicating the territory of a family-band. Regardless of their purpose, this ridge was sacred to these people. Please respect it. 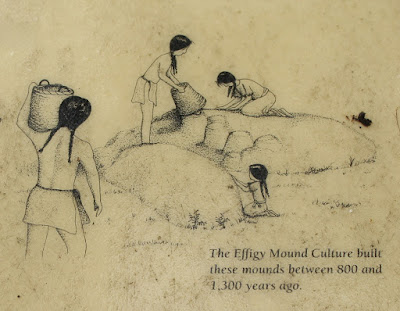 The Effigy Mound Culture built these mounds
between 800 and 1,300 years ago. 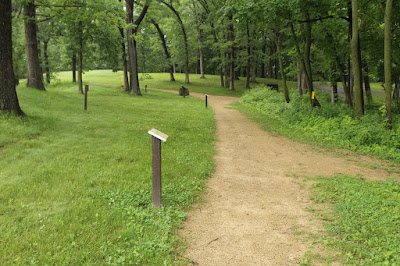