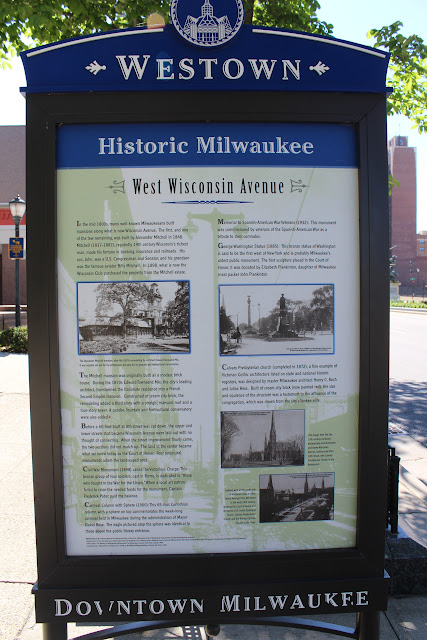 In the mid 1800s, many well-known Milwaukeeans built mansions along what is now Wisconsin Avenue. The first, and one of the few remaining, was built by Alexander Mitchell in 1848. Mitchell (1817-1887), reputedly 19th century Wisconsin’s richest man, made his fortune in banking, insurance and railroads. His son, John, was a U.S. Congressman and Senator, and his grandson was the famous aviator Billy Mitchell. In 1898, what is now the Wisconsin Club purchased the property from the Mitchell estate.

The Mitchell mansion was originally built as a modest brick house. During the 1870s Edward Townsend Mix, the city’s leading architect, transformed the Italianate residence into a French Second Empire mansion. Constructed of cream city brick, the remodeling added a third story with a straight mansard roof and a four-story tower. A gazebo, fountain and horticultural conservatory were also added.

Before a 60-foot bluff at 8th street was cut down, the upper and lower streets that became Wisconsin Avenue were laid out with no thought of connecting. When the street improvement finally came, the two sections did not match up. The land in the center became what we know today as the Court of Honor. Four sculptural monuments adorn the landscaped area.

Civil War Monument (1898) called The Victorious Charge: This bronze group of four soldiers, cast in Rome, is dedicated to “those who fought in the War for the Union.” When a local art patron failed to raise the needed funds for the monument, Captain Frederick Pabst paid the balance.

Carnival Column with Sphere (1900): This 65-foot Corinthian column with a sphere on top commemorates the week-long carnival held in Milwaukee during the administration of Mayor David Rose. The eagle pictured atop the sphere was identical to those above the public library entrance.

George Washington Statue (1885): This bronze statue of Washington is said to be the first west of New York and is probably Milwaukee’s oldest public monument. The first sculpture placed in the Court of Honor, it was donated by Elizabeth Plankinton, daughter of Milwaukee meat packer John Plankinton.

Calvary Presbyterian church (completed in 1872), a fine example of Victorian Gothic architecture listed on state and national historic registers, was designed by master Milwaukee architect Henry C. Koch and Julius Hess. Built of cream city brick (now painted red), the size and opulence of the structure was a testament to the affluence of the congregation, which was drawn from the city’s Yankee elite.

NOTE: There is plenty of public parking on 9th Street to easily access the marker location. 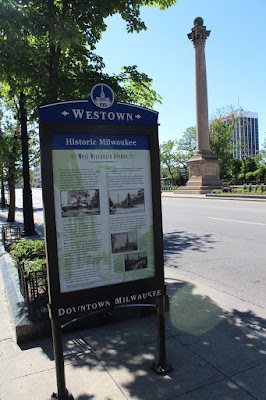 Looking west along West Wisconsin Avenue, with the referenced
"Carnival Column with Sphere" visible to the right. 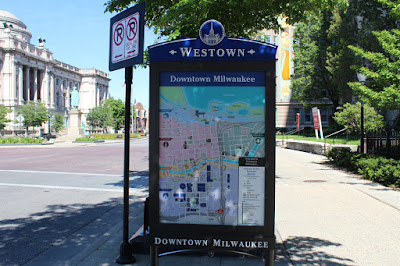 Looking east along West Wisconsin Avenue, with the referenced
"George Washington Statue" and Central Library visible to the left. 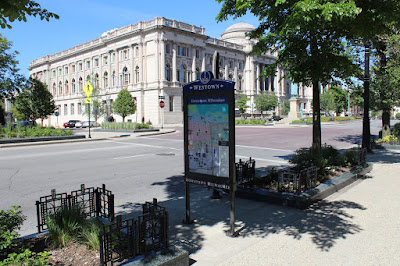 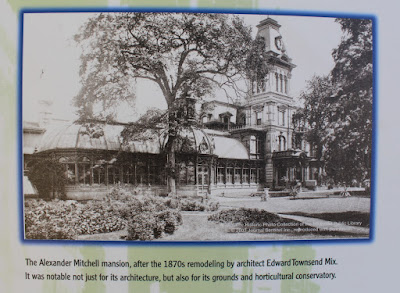 The Alexander Mitchell mansion, after the 1870s remodeling by architect Edward Townsend Mix. It was notable not just for its architecture, but also for its grounds and horticultural conservatory. 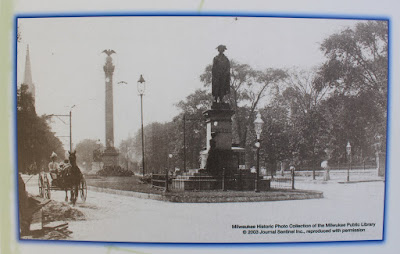 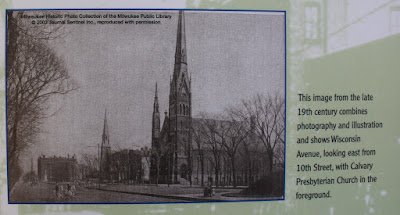 This image from the late 19th century combines photography and illustration and shows Wisconsin Avenue, looking east from 10th Street, with Calvary Presbyterian Church in the foreground.

Looking west at the south side of Wisconsin Avenue (then Grand Avenue) from 8th Street in the early 20th century, showing the Court of Honor and the spires of St. James Episcopal church, Calvary Presbyterian Church and the Roman Catholic Church of the Gesu. 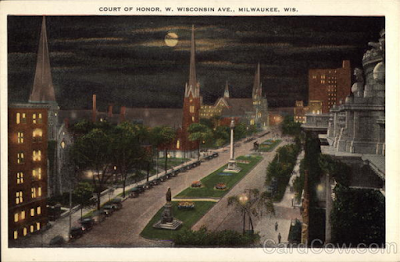 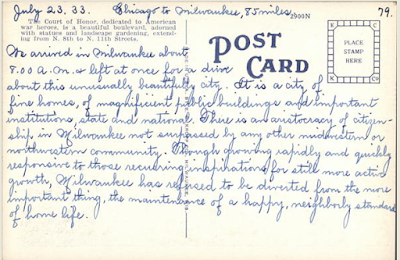