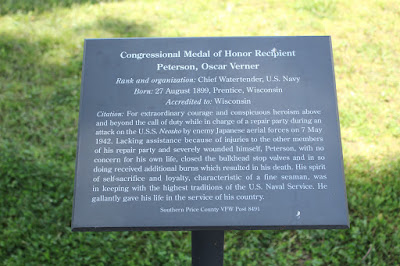 Citation: For extraordinary courage and conspicuous heroism above and beyond the call of duty while in charge of a repair party during an attack on the U.S.S. Neosho by enemy Japanese aerial forces on 7 May 1942. Lacking assistance because of injuries to the other members of his repair party and severely wounded himself, Peterson, with no concern for his own life, closed the bulkhead stop valves and in so doing received additional burns which resulted in his death. His spirit of self-sacrifice and loyalty, characteristic of a fine seaman, was in keeping with the highest traditions of the U.S. Naval Service. He gallantly gave his life in the service of his country.

The marker is located at the Prentice Veterans Memorial on southbound Railroad Avenue / County Highway A, at its intersection with South Street, Prentice, Wisconsin 54556. 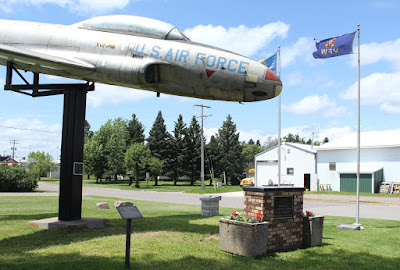 The marker is atop the black pole beneath the plane. 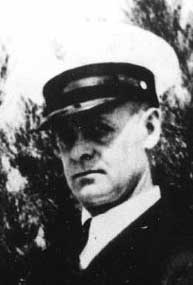 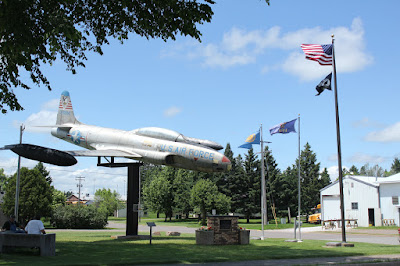 The marker is located at the Prentice Veterans Memorial.