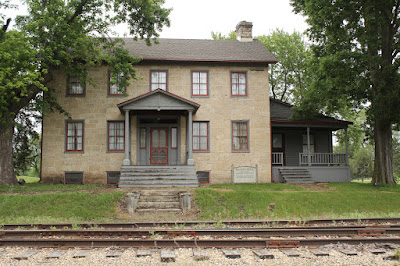 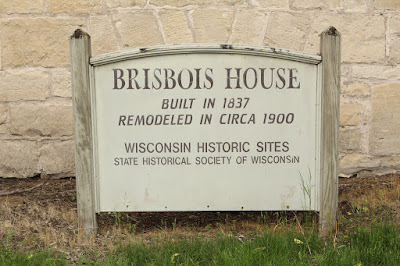 
Brisbois House is located on St. Feriole Island, across from Lawler Park, and is accessible from northbound North Water Street, between Fisher Street (to the south) and Bolvin Street (to the north), Prairie du Chein, Wisconsin 53821.

The Brisbois House is a prestigious National Historic Landmark (one of only 43 in Wisconsin) -- another reason to be dismayed at its dilapidated condition.

In 1782 Michael Brisbois came to Prairie du Chien and established himself as a fur trader. He was associated with the Astor Fur Trading Company. Near to the Astor fur trading post he erected a house which is the subject of this sketch. It was built in 1815 and is located on an island, facing the east channel of the Mississippi River, which is formed by a sluice known as Marais de St. Feriole.

It is interesting to recall that Michael Brisbois held a commission and wore the uniform of the British Army. The Army post at Prairie du Chien was called Ford Crawford. Brisbois was one of the officers and at one time was charged with treason and send under guard to St. Louis by the U. S. government. During his absence his wife was ordered from the house and it was taken over for the use of the U. S. officers.

This interesting old stone house has been occupied all these years by descendants of Michael Brisbois and has been kept in good condition. A number of minor additions have been made to it. The cornice treatment is of a later date. This appears to be out of step with the rest of the structure. It has been learned, but not from a very authentic source, that the gable treatments at each end of the building were stepped.

The porch at the main entrance is new and shields the beautiful doorway. As the drawings indicate, this doorway is an outstanding piece of work. Its multi-panelled door is as unusual as any that has been found. It resembles closely the eastern colonial work.

This house, termed a mansion when it was built, is constructed of a local variety of gray limestone of a buff cast. On the front the stone is coursed regularly and on the sides and rear it is laid an irregular fasions. All mortar and plaster was made of lime burned from clam shells taken from the nearby Mississippi River.

On the interior the window jambs are noteworthy especially the ones with the cabinets below. The inside doors are unusual in design. The hardware is all hand-wrought and of interesting design.

Besides the additions noted, the house has been little changed. The whole structure still shows plainly the original character. 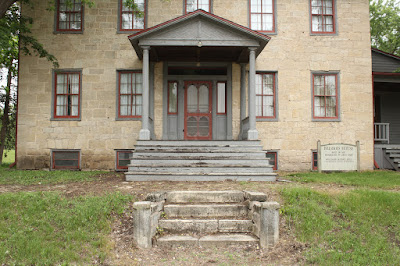 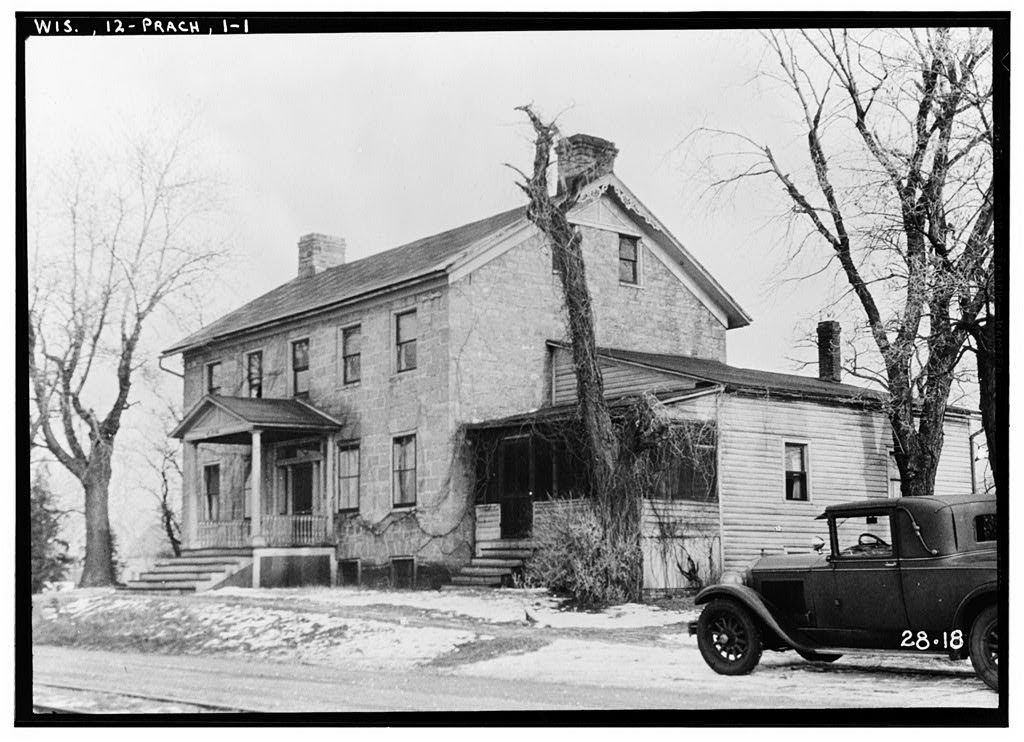 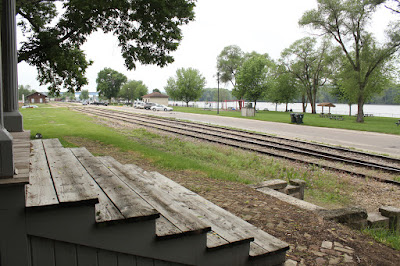 Looking west, with the Mississippi River in the distance. 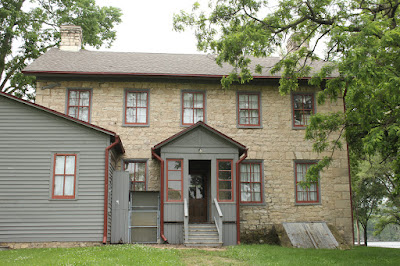 The back (east side) of the house. 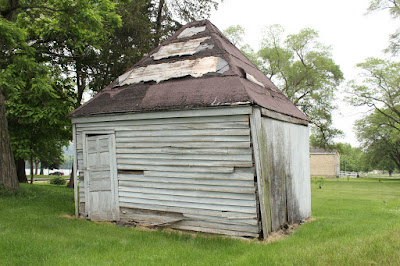 Dilapidated building next to the house. 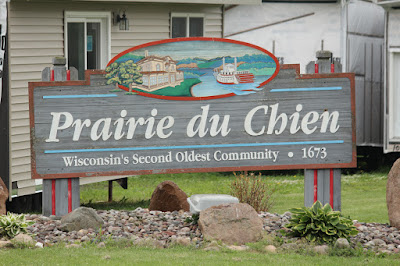