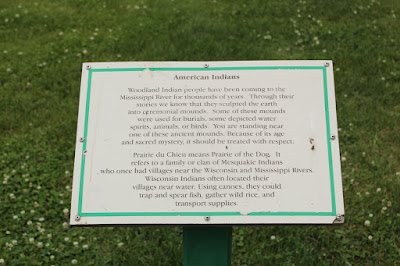 American Indians
Woodland Indian people have been coming to the
Mississippi River for thousands of years. Through their
stories we know that they sculpted the earth
into ceremonial mounds. Some of these mounds
were used for burials, some depicted water
spirits, animals, or birds. You are standing near
one of these ancient mounds. Because of its age
and sacred mystery, it should be treated with respect.

Prairie du Chien means Prairie of the Dog. It
refers to a family or clan of Mesquakie Indians
who once had villages near the Wisconsin and Mississippi Rivers.
Wisconsin Indians often located their
villages near water. Using canoes, they could
trap and spear fish, father wild rice, and
transport supplies.


The marker is located along the east bank of the Mississippi River, at Lawler Park on St. Feriole Island, and is accessible from southbound North Water Street, between Bolvin Street (to the north) and Fisher Street (to the south), Prairie du Chien, Wisconsin 53821. 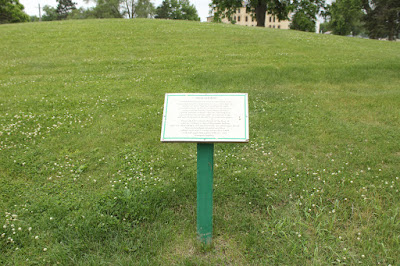 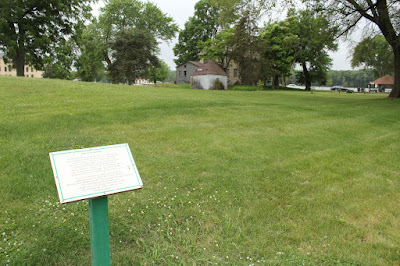 With the Mississippi River visible in the distance, to the far right. 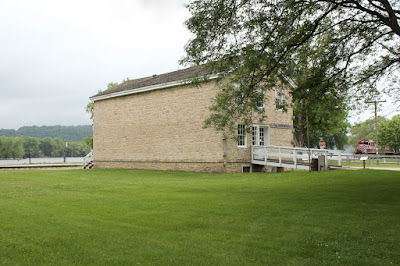 View of the historic Astor Fur Warehouse from the marker location,
with the Mississippi River visible to the left. 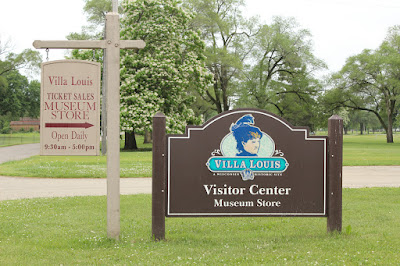 The marker is near the Villa Louis Visitor Center Museum Store.