All that is left . . . a reminder to never forget 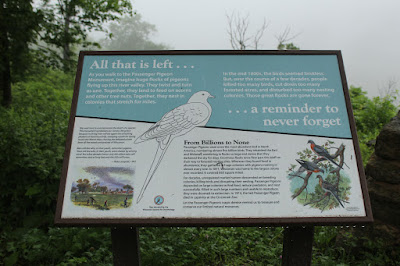 As you walk to the Passenger Pigeon Monument, imagine huge flocks of pigeons flying up this river valley. They twist and turn as one. Together, they land to feed on acorns and other tree nuts. Together, they next in colonies that stretch for miles.

In the mid 1800s, the birds seemed limitless. But, over the course of a few decades, people killed to many birds, cut down too many forested areas, and disturbed too many nesting colonies. these great flocks are gone forever.

From Billions to None

Passenger Pigeons were once the most abundant bird in North America, numbering almost five billion birds. They inhabited the East and Midwest, wandering in flocks so large and dense that they darkened the sky for days. Enormous flocks once flew past this bluff on their way to forested nesting sites. Wherever they found food in abundance, they gathered in huge colonies with pigeons nesting in almost every tree. In 1871, Wisconsin was home to the largest colony ever recorded. It covered 850 square miles!

For decades, unregulated market hunters descended on breeding colonies, killing birds and disrupting their nesting. Passenger Pigeons depended on large colonies to find food, reduce predation, and nest successfully. Killed in such large numbers and unable to reproduce, they were doomed to extinction. In 1914, the last Passenger Pigeon died in capacity at the Cincinnati Zoo.

Let the Passenger Pigeon's tragic demise remind us to treasure and conserve our limited natural resources. 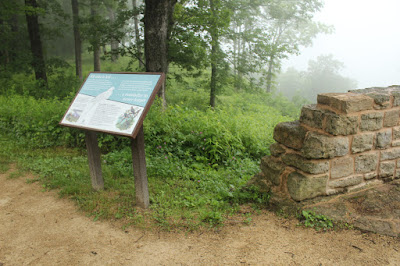 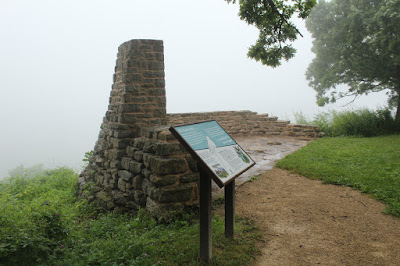 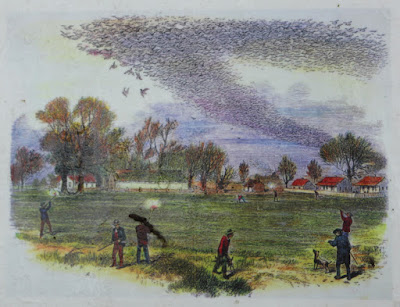 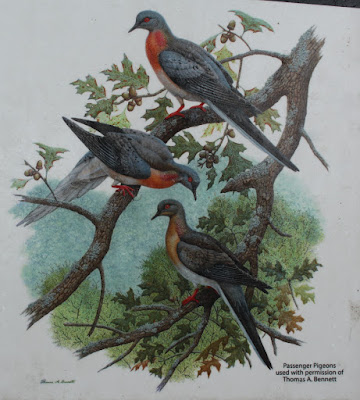 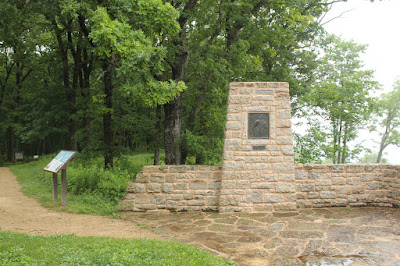 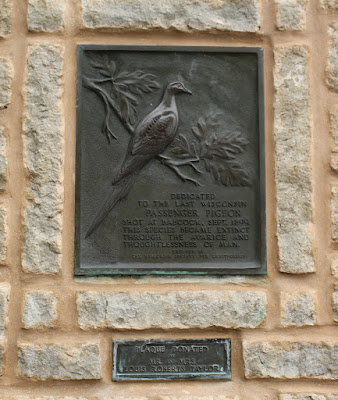 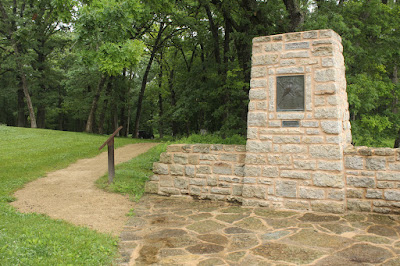 The path from the parking lot to the marker location. 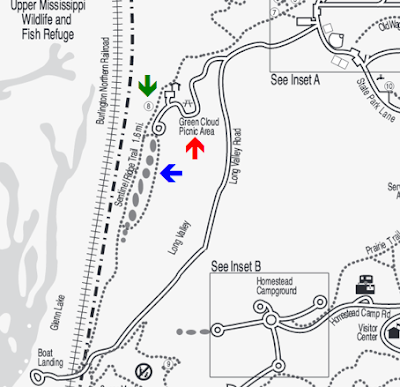