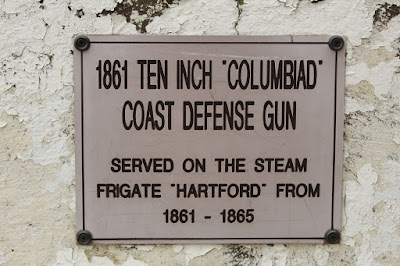 
The gun is located on the grounds of the Juneau County Courthouse on northbound Oak Street, between La Crosse Street (to the south) and West State Street / Wisconsin Highway 16 (to the north), Mauston, Wisconsin 53948.

A Columbiad was a heavy iron artillery piece which could fire shot and shell at a high angle of elevation using a heavy powder charge. Columbiads were usually classified as seacoast defense weapons and were mounted in fortifications along the rivers and other waterways.

The original Columbiad, a 50-pounder, was invented in 1811 by Col. George Bomford and it was used in the War of 1812. Shortly afterwards it was considered obsolete and retired.

The weapon was produced again in 1844 in 8- and 10-inch models. In 1858, a version was produced which eliminated the chamber in the breech, which strengthened the gun. In 1861, Lt. Thomas J. Rodman, of the U.S. Ordnance Department, contracted with the Fort Pitt Foundry in Pittsburgh, Pennsylvania, to produce Columbiads using a special casting method he had developed in 1844. His process, which caused less stress on the gun during casting thereby preventing cracks from forming, was a success and the Columbiad became widely known as a Rodman gun.

Columbiads were produced in 8-, 10-, 12-, 13-, 15-, and 20-inch models and were primarily smoothbore even though a few rifled models were turned out. The Confederates continued to produce their Columbiads by the old method and experimented with banding and rifling the weapon. Under this method, a Confederate Columbiad was capable of firing a 225-pound shot a distance of 1,800 yards.

Compared to guns, howitzers, and mortars, the Columbiads saw very little action. By the end of the Civil War these heavy weapons were obsolete, replaced by more effective weapons which had been developed during the war. 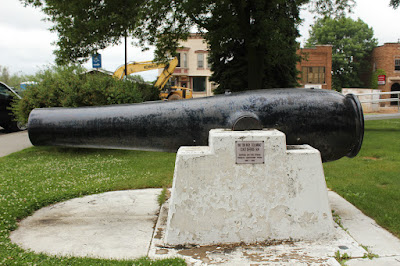 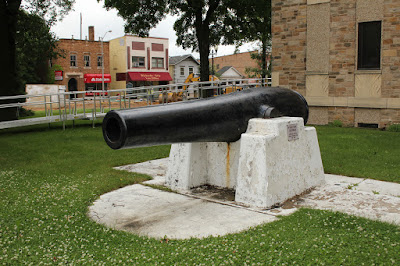 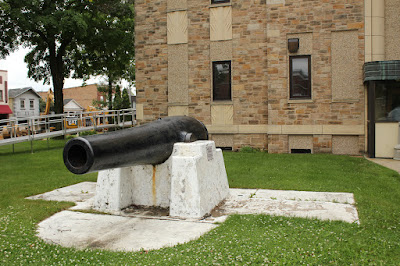 The gun is located on the west side of the Juneau County Courthouse
in Mauston, Wisconsin.