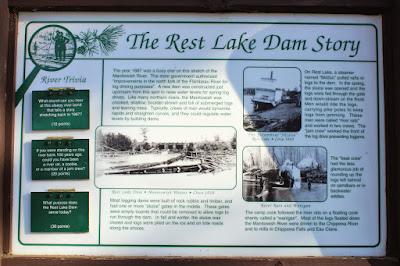 The year 1887 was a busy one on this stretch of the Manitowish River The state government authorized “improvements in the north fork of the Flambeau River for log driving purposes”. A new dam was constructed just upstream from this spot to raise water levels for spring log drives. Like many northern rivers, the Manitowish was crooked, shallow, boulder-strewn and full of submerged logs and leaning trees. Typically, crews of men would dynamite rapids and straighten curves, and they could regulate water levels by building dams.

Most logging dams were built of rock rubble and timber, and had one or more “sluice” gates in the middle. These gates were simply boards that could be removed to allow logs to run through the dam. In fall and winter, the sluice was closed and logs were piled on the ice and on tote roads along the shores.

The camp cook followed the river rats on a floating cook shanty called a “wanigan”. Most of the logs floated down the Manitowish River were driven to the Chippewa River and to mills in Chippewa Falls and Eau Claire. 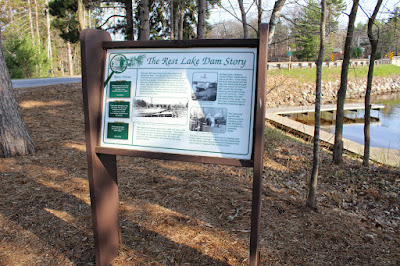 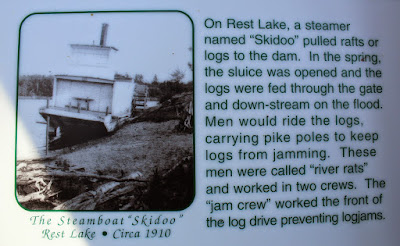 On Rest Lake, a steamer named “Skidoo” pulled rafts or logs to the dam. In the spring, the sluice was opened and the logs were fed through the gate and down-stream on the flood. Men would ride the logs, carrying pike poles to keep logs from jamming. These men were called “river rats” and worked in two crews. The “jam crew” worked the front of the log drive preventing logjams. The “beat crew” had the less glamorous job of rounding up the logs left behind on sandbars or in backwater eddies. 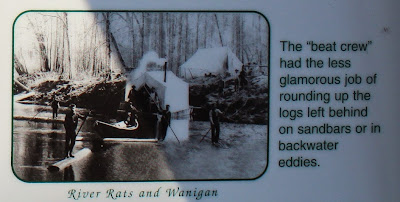 The "beat crew" had the less glamorous job of rounding up the logs left behind on sandbars or in backwater eddies. 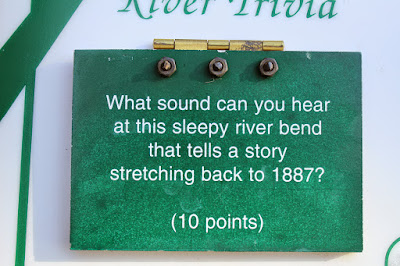 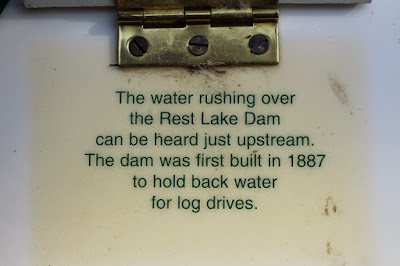 What sound can you hear at this sleepy river bend that tells a story stretching back to 1887?
(10 points)

The water rushing over the Rest Lake Dam can be heard just upstream. The dam was first built in 1887 to hold back water for log drives. 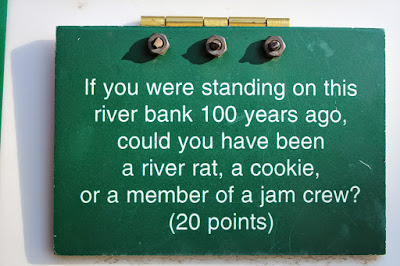 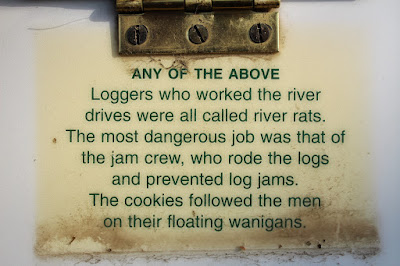 If you were standing on this river bank 100 years ago, could you have been a river rat, a cookie, or a member of a jam crew?
(20 points)

Any of the above. Loggers who worked the river drives were called river rats. The most dangerous job was that of the jam crew, who rode the logs and prevented log jams. The cookies followed the men on their floating wanigans. 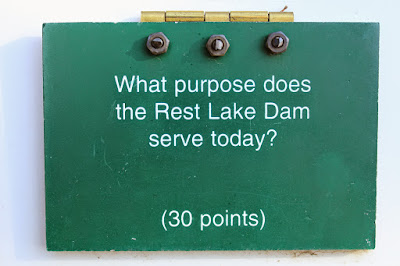 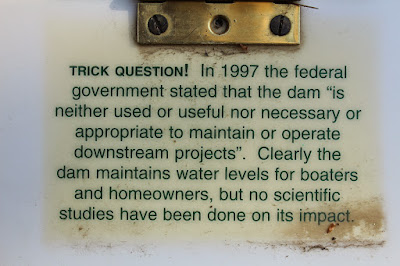 What purpose does the Rest Lake Dam serve today?
(30 points)

Trick Question! In 1997 the federal government stated that the dam “is neither used or useful nor necessary or appropriate to maintain or operate downstream projects”. Clearly the dam maintains water levels for boaters and homeowners, but no scientific studies have been done on its impact. 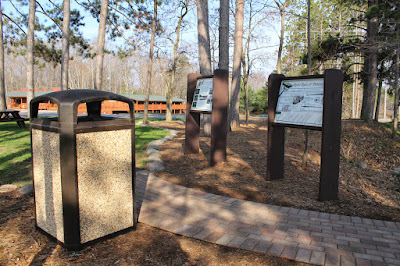 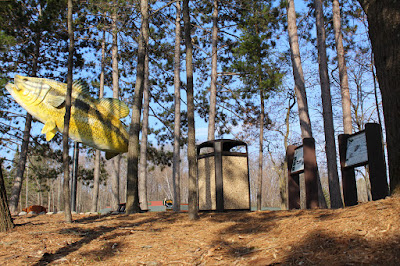 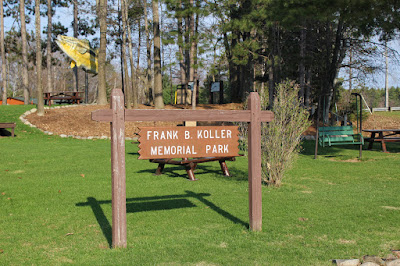