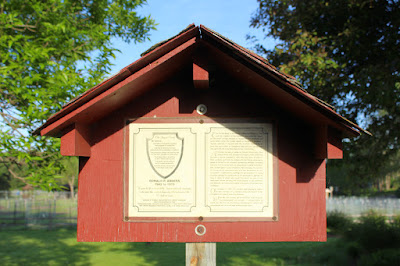 RONALD P. ANDERS
1943 to 1973
He gave his life to the Jaycees and to his community,
in the belief that service to humanity is the best work of life.
We shall not forget...

Ronald P. Anders Memorial Pure Water Fountain was constructed by the Chippewa Falls Jaycees and Jaycettes from 1973-1976 and the 397th Engineer Battalion of the U.S. Army Reserve.

The Purest Water in the world is found in Chippewa Falls and the creation of this fountain was originally begun by the local Jaycees chapter to recognize and promote our pure water. After the tragic death of Ronald P. Anders, a Jaycees member, it was felt that the fountain should honor both the pure water of Chippewa Falls and the young man who gave his life to further improve our community.

Although he was a native of Cornell, Wisconsin, Ron Anders lived and worked in Chippewa Falls where he became a Jaycee member in 1970. Ron was quiet of manner, hard working, and took the initiative to get things done as he gave of himself to his adopted community. Perhaps someone told him that he would have an opportunity to give of himself. Ron Anders gave to the Chippewa Falls Jaycees. He was one of those quiet members who are the backbone of any successful organization, giving his participation to many projects, giving his leadership as he developed it, giving his time in place of others who were "too busy." He was a truly dedicated officer serving the local chapter as its secretary and director. He continued to give to projects more than most members.

On October 13, 1973, Ron Anders died giving to others. He was working on a Jaycee community project at the Chippewa Island when he drowned.

What did Ron Anders get in return for what he gave? Unquestionably, not enough – nothing could be worth his life. But he died doing something for others and undoubtedly few of us will ever share such an honor.

The marker is located at the east end of Marshall Park on eastbound Bridgewater Avenue at its intersection with southbound Jefferson Avenue / Wisconsin Route 134, Chippewa Falls, Wisconsin 54729.

NOTE: The marker is not visible from the roadway; look for the large stone fountain, which is set off about 100 feet from the street, behind a rose garden.

The marker also includes the Jaycees Creed, written by Jaycees founder C. Willaim Brownfield and adopted by the Jaycees in September 1947:

We believe:
That faith in God gives meaning and purpose to human life;
That the brotherhood of man transcends the sovereignty of nations;
That economic justice can best be won by free men through free enterprise;
That government should be of laws rather than of men;
That earth's great treasure lies in human personality;
And that service to humanity is the best work of life. 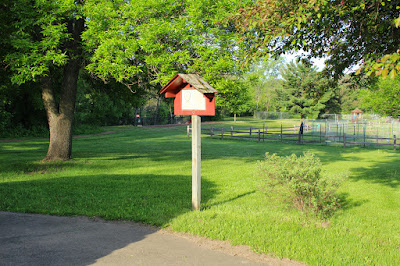 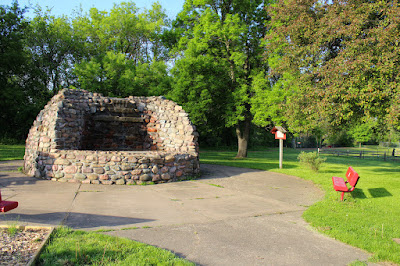 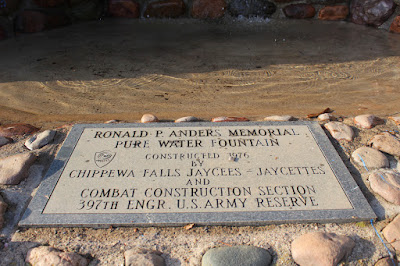 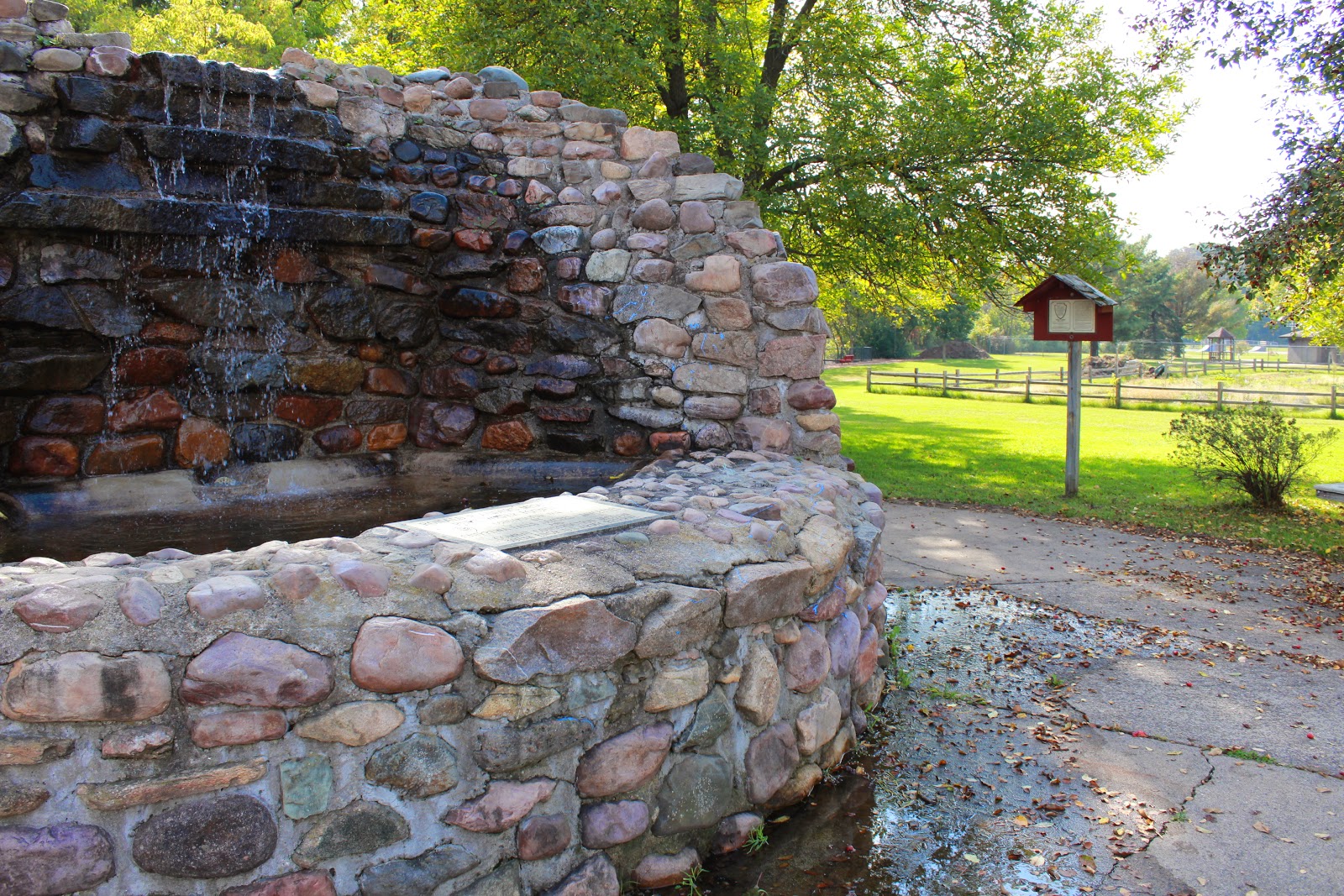 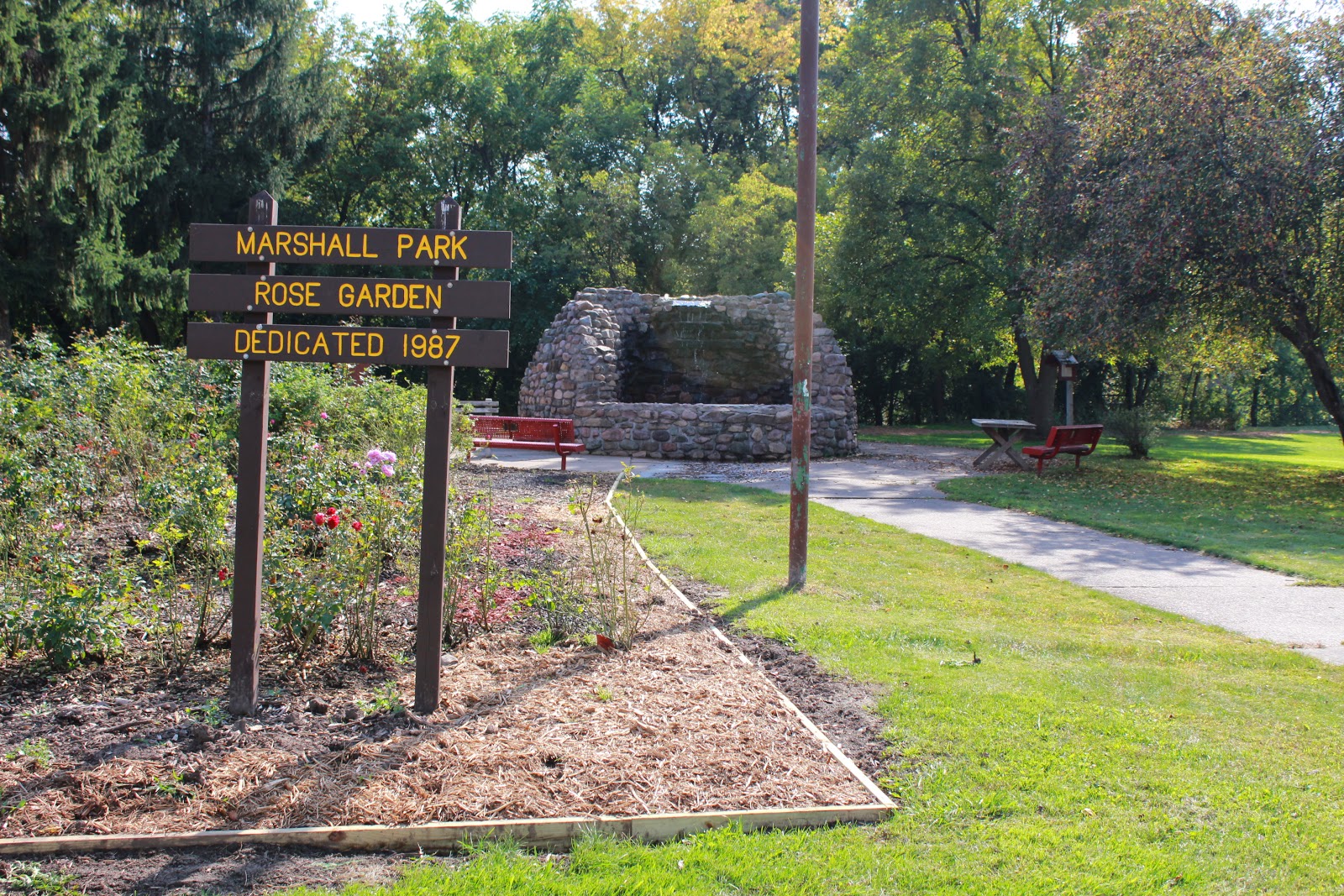 The marker and fountain are a little bit hidden
behind the Marshall Park Rose Garden.