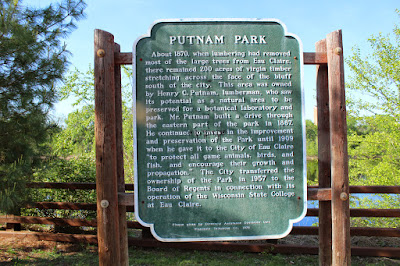 About 1870, when lumbering had removed most of the large trees from Eau Claire, there remained 200 acres of virgin timber stretching across the face of the bluff south of the city. This area was owned by Henry C. Putnam, lumberman, who saw its potential as a natural area to be preserved for a botanical laboratory and park. Mr. Putnam built a drive through the eastern part of the park in 1887. He continued to invest in the improvement and preservation of the Park until 1909 when he gave it to the City of Eau Claire "to protect all game animals, birds, and fish, and encourage their growth and propagantion." The City transferred the ownership of the Park in 1957 to the Board of Regents in connection with its operation of the Wisconsin State College at Eau Claire.

The marker is located on the south bank of the Chippewa River, on the University of Wisconsin-Eau Claire campus, at the entrance to the Putnam Parking Lot, and is accessible from westbound Garfield  Avenue, just east of its intersection with Putnam Drive, Eau Claire, Wisconsin 54701. 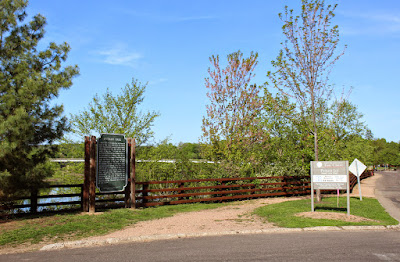