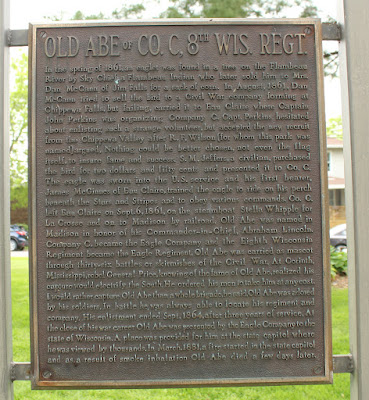 In the spring of 1861, an eaglet was found in a tree on the Flambeau River by Sky Chief, a Flambeau Indian who later sold him to Mrs. Dan McCann of Jim Falls for a sack of corn. In August, 1861, Dan McCann tried to sell the bird to a Civil War company forming at Chippewa Falls, but failing, carried it to Eau Claire where Captain John Perkins was organizing Company C. Capt. Perkins hesitated about enlisting such a strange volunteer, but accepted the new recruit from the Chippewa Valley after R.E. Wilson (for whom this park was named) argued, Nothing could be better chosen, not even the flag itself, to insure fame and success. S.M. Jefferson, a civilian, purchased the bird for two dollars and fifty cents and presented it to Co. C. The eagle was sworn into U.S. service and his first bearer, James McGinnes of Eau Claire, trained the eagle to ride on his perch beneath the Stars and Stripes and to obey various commands. Company C. left Eau Claire on Sept. 6, 1861, on the steamboat Stella Whipple for La Crosse and on to Madison by railroad. Old Abe was named in Madison in honor of his commander-in-chief, Abraham Lincoln. Company C became the Eagle Company and the Eighth Wisconsin Regiment became the Eagle Regiment. Old Abe was carried as a mascot through thirty-six battles or skirmishes of the Civil War. At Corinth, Mississippi, rebel General Price, knowing of the fame of Old Abe, realized his capture would electrify the South. He ordered his men to take him at any cost. I would rather capture Old Abe than a whole brigade. Old Abe was adored by his soldiers. In battle he was always able to locate his regiment and company. His enlistment ended Sept. 1864, after three years of service. At the close of the war career Old Abe was presented by the Eagle Company to the state of Wisconsin. A place was provided for him at the state capitol where he was viewed by thousands. In March 1881, a fire started in the state capitol and as a result of smoke inhalation Old Abe died a few days later.

NOTE: Despite the use of the masculine pronoun "he" throughout the marker's content, Old Abe was actually a female eagle. Her gender was deliberately hidden by the members of the 8th Wisconsin.

The marker and statue of female eagle "Old Abe" are locate on the north side of Wilson, alongside Emery Street, between South Barstow Street (to the west) and South Farwell Street, Eau Claire, Wisconsin 54701.

Leader-Telegram (September 4, 2011): Old Abe no flight of fancy: She was a really big deal in her day

There are many Old Abe tributes throughout Wisconsin. Use the "Old Abe the War Eagle" label below to view those listed on this website. 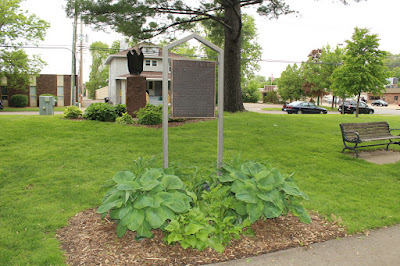 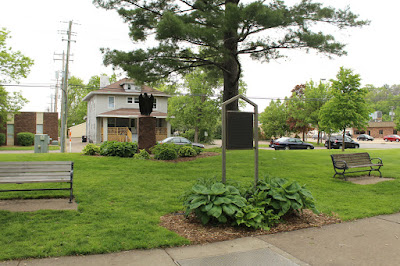 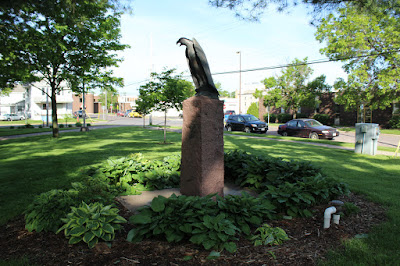 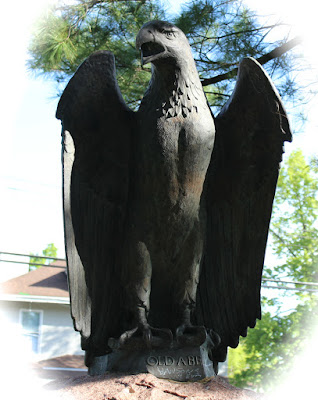 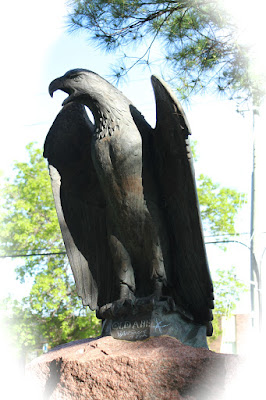 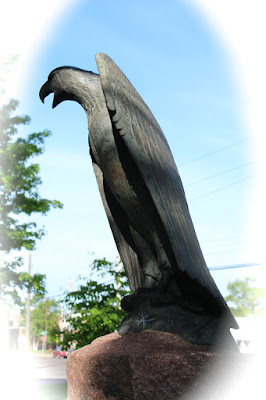 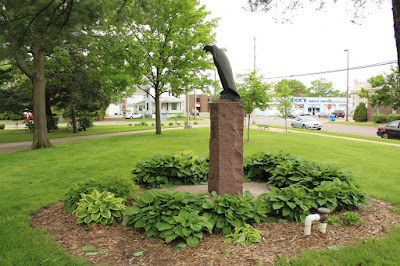 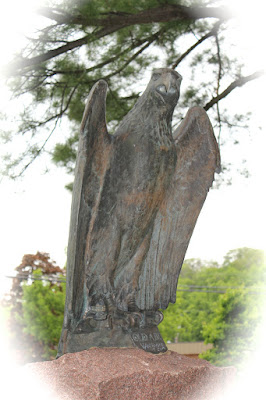 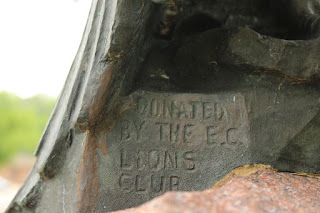 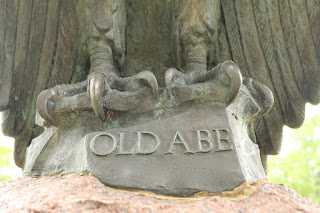 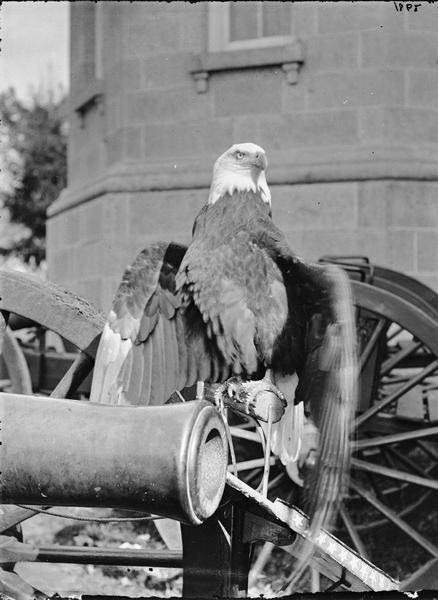 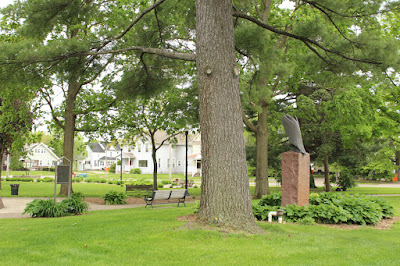 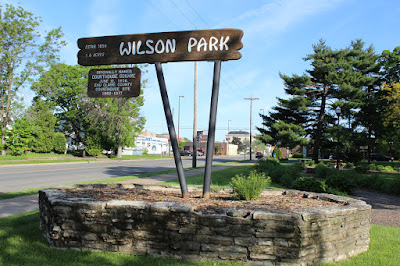 The marker and statue are located at historic Wilson Park.