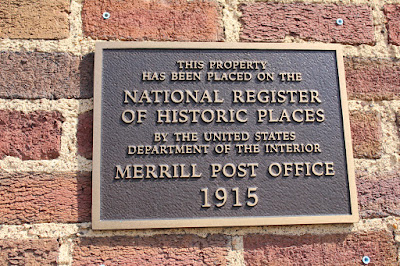 
This building is an example of classical/Georgian revival style. The plan is rectangular with the public entry and lobby on the second street face. The elevation is organized symmetrically about the entry which is pulled out from the face of the building for its height. This element is further highlighted by brick piers with limestone base and capitals supporting a limestone pediment. Statuary niches of limestone flank the entrance at a size equal to the two first floor front windows on either side of the central pavilion. There has been an addition of a loading dock facility to the rear of the building. This addition is built of similar materials and does not detract from the building's integrity.

The interior of the building has the original tile floor and marble wainscot. The walls are plaster with recessed surfaces and some decorating trim of plaster. There is a coffered plaster ceiling with an octagonal skylight. The door trim is marble. The building, which is in good condition, is located in the downtown business/commercial district.


The original components of the building are largely intact and the addition to the rear echoes the materials of the original portion. Noteworthy elements include the relief panels on the facades and leaded skylight in the lobby. The two story mass of the building also makes it noteworthy as a locally prominent structure.

On June 6, 1881 the name of the post office changed from jenny to Merrill. The location of the post office also changed several times between 1859 and 1916, when the present post office was built at 430 e. Second Street. Prior to 1897 the office was near the 900 block of e. Main street, specifically on the Berard block (not extant) location in 1924 (main, northeast corner mill) near the railroad right-of-way. From 1893 to 1896 the post office was located 906 e. Main Street (not extant). With the establishment of rural delivery that year, postmaster C.N. Johnson initiated the idea of numbering rural mail boxes for faster service. He submitted his idea to the national office, who accepted and implemented the innovation across the country. In 1900 the post office was at 825 east main street (not extant), and it moved to the Masonic temple building at 916 east main street (li 32/07) by 1905, and remained there until 1917 when the new post office building was completed.

The new brick Merrill post office building contained steam heat and electric lights and cost $75,000. By 1924 the post office had a chief and assistant postmaster, seven cashiers, four clerks, and eight routes that expanded twenty-five miles into the community and countryside. The same building continues to serve as a communication hub for Merrill residents today. 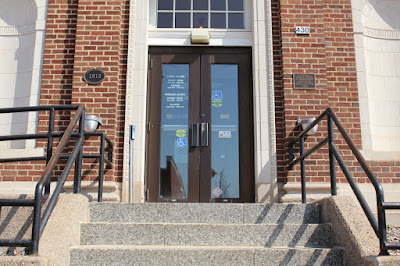 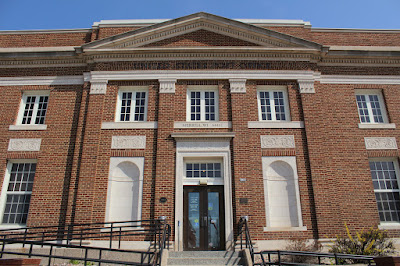 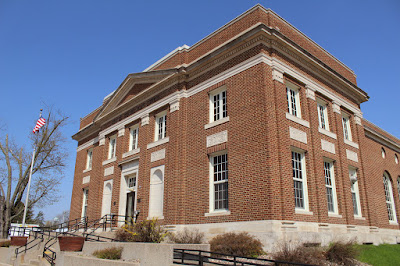 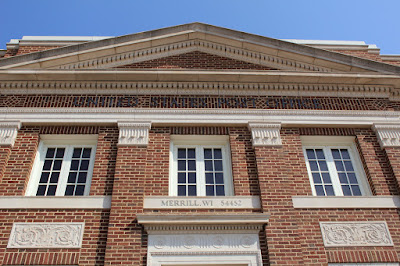 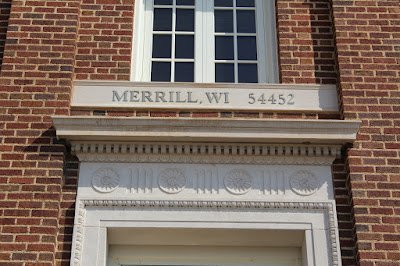 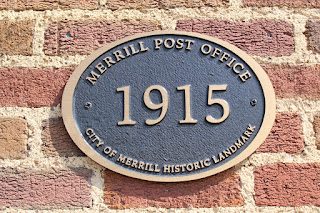 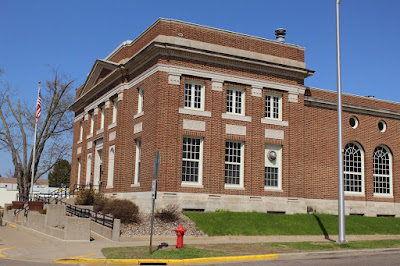 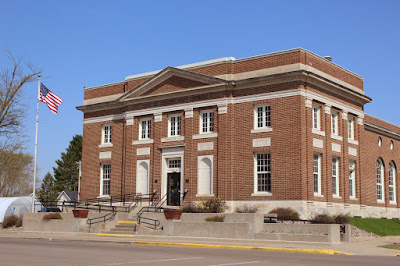 The building is located in Merrill, Wisconsin. 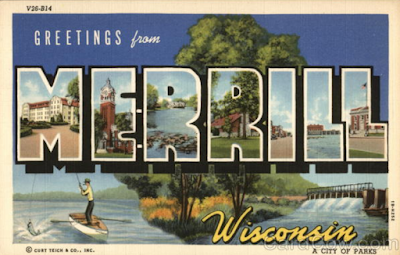