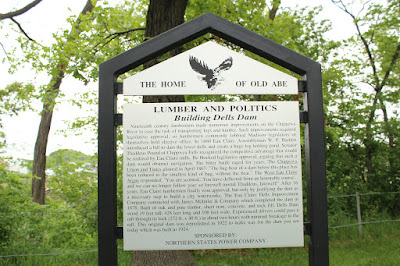 Nineteenth century lumbermen made numerous improvements on the Chippewa River to ease the task of transporting logs and lumber. Such improvements required legislative approval, so lumbermen commonly lobbied Madison legislators or themselves held elective office.

In 1860 Eau Claire Assemblyman W. P. Bartlett introduced a bill to dam the lower dells and create a huge log holding pond. Senator Thaddeus Pound of Chippewa Falls recognized the competitive advantage that would be realized by Eau Claire mills. He blocked legislative approval, arguing that such a dam would obstruct navigation. The bitter battle raged for years. The Chippewa Union and Times gloated in April 1867: "The bug-bear of a dam below this place has been reduced to the smallest kind of bug, without the bear." The West Eau Claire Argus responded: "You are scorned...You have deflected from an honorable course...and we can no longer follow you: so farewell mortal Thaddeus, farewell!"

After 16 years, Eau Claire lumbermen finally won approval, but only by justifying the dam as a necessary step to build a city waterworks. The Eau Claire Dells Improvement Company contracted with James McIntire & Company which completed the dam in 1878. Built of oak and pine timber, sheet iron, concrete, and rock fill, Dells Dam stood 19 feet tall, 428 feet long and 108 feet wide. Experienced drivers could pass a raft through its lock (272 ft. x 40 ft.) in about two hours with minimal breakage to the raft. This original dam was demolished in 1922 to make way for the dam you see today which was built in 1924.

The marker is located along the west bank of the Chippewa River, and is accessible from northbound 1st Street, north of its intersection with Bolles Street, Eau Claire, Wisconsin 54703. 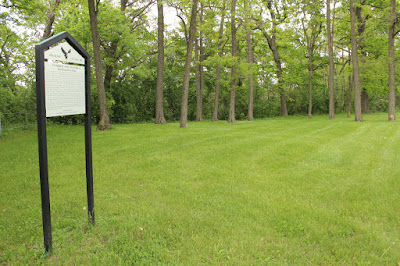 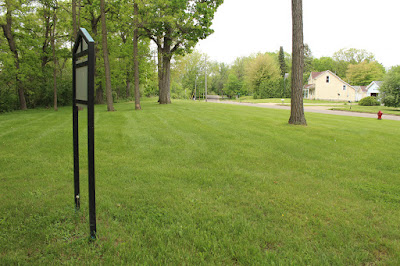 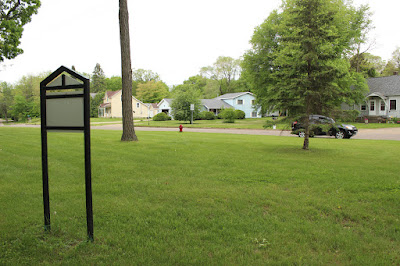 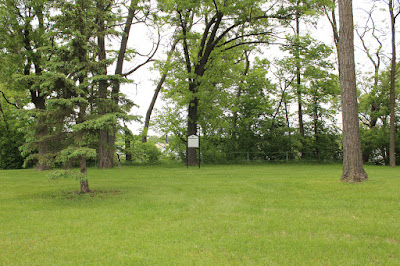 The marker is set quite far back from 1st Street and could be easy to miss.