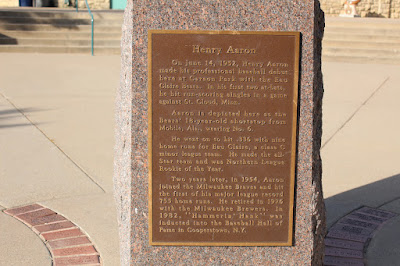 On June 14, 1952, Henry Aaron made his professional baseball debut here at Carson Park with the Eau Claire Bears. In his first two at-bats, he hit run-scoring singles in a game against St. Cloud, Minn.

Aaron is depicted here as the Bears' 18-year-old shortstop from Mobile, Ala., wearing No. 6.

He went on to hit .336 with nine home runs for Eau Claire, a class C minor league team. He made the all-Star team and was Northern League Rookie of the Year.

Two years later, in 1954, Aaron joined the Milwaukee Braves and hit the first of his major league record 755 home runs. He retired in 1976 with the Milwaukee Brewers. In 1982, "Hammerin' Hank" was inducted into the Baseball Hall of Fame in Cooperstown, N.Y. 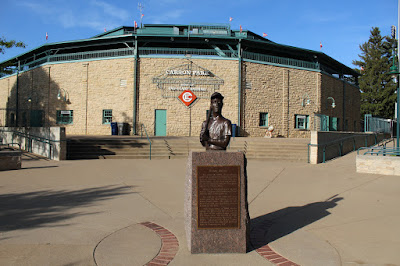 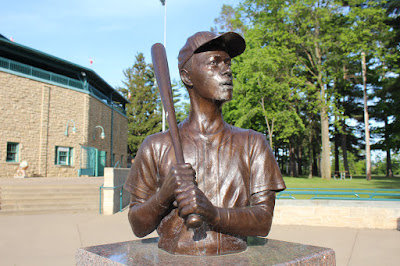 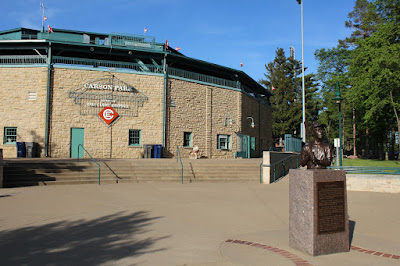 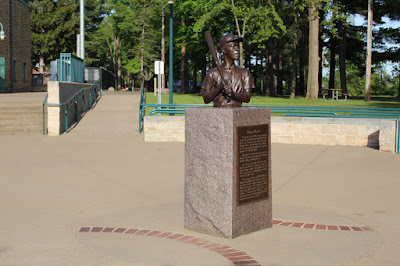 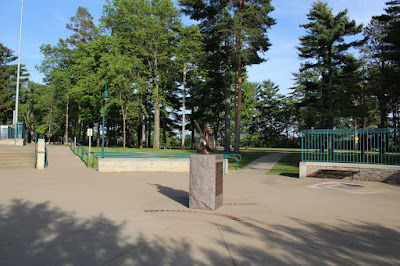