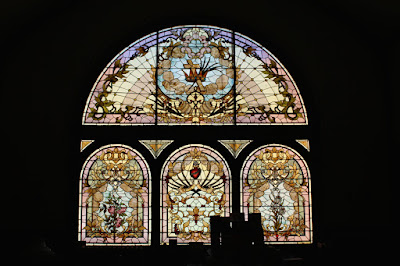 NOTE: The Goldsmith Chapel is a "perpetual prayer" location. It was only serendipity that at the time of my visit the chapel was empty and I was able to take photographs -- a rare opportunity indeed!


The above photo, and below close-ups, are of the chapel's north window. 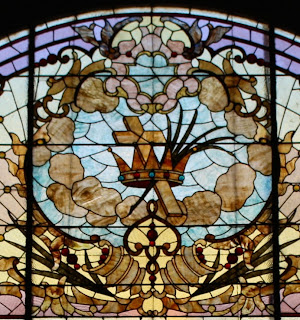 The Cross and Crown (a cross passing through a crown), is seen by some to be a Christian symbol appearing in many churches, particularly Roman Catholic; and has also been used in heraldry.[1][2] It is often interpreted as symbolizing the reward in heaven (the crown) coming after the trials in this life (the cross) (James 1:12). (The foregoing Wikipedia Text is available under the Creative Commons Attribution-ShareAlike License; additional terms may apply. Click here for more information.) 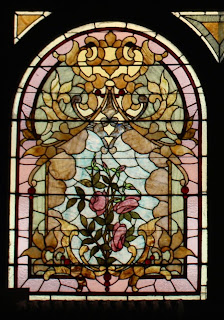 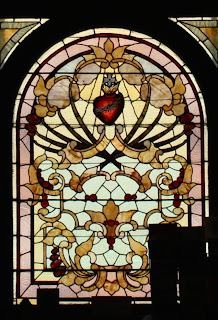 The devotion to the Sacred Heart (also known as the Most Sacred Heart of Jesus, Sacratissimi Cordis Iesu in Latin) is one of the most widely practiced and well-known Roman Catholic devotions, taking Jesus Christ's physical heart as the representation of his divine love for humanity. (The foregoing Wikipedia Text is available under the Creative Commons Attribution-ShareAlike License; additional terms may apply. Click here for more information.) 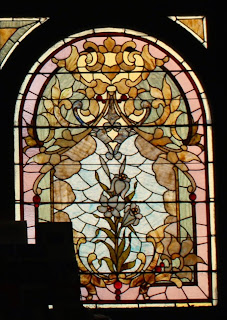 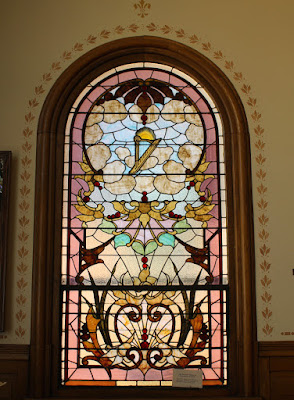 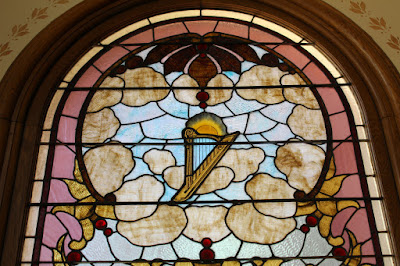 THE ANCIENT ORDER OF
HIBERNIANS WINDOW

This window depicts a Celtic Harp with a rising sun. It was donated to the chapel by the Ancient Order of Hibernians, an organization of persons of Irish ancestry. 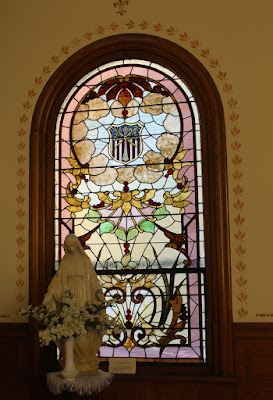 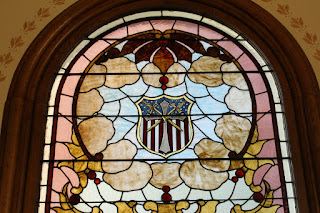 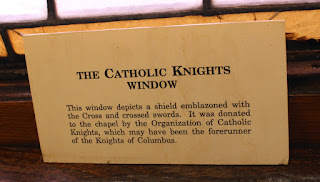 This window depicts a shield emblazoned with the Cross and crossed swords. It was donated to the chapel by the Organization of Catholic Knights, which may have been the forerunner of the Knights of Columbus. 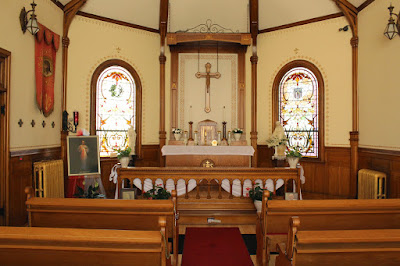 The south-facing windows.
See also, Father Goldsmith's Tomb, which is in front of the altar. 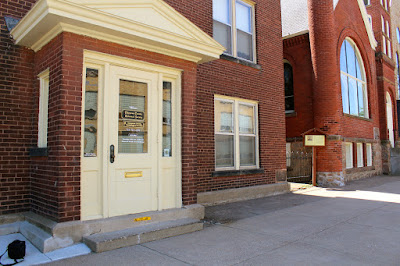 The chapel (seen to the right) is accessible through the
Chippewa County Historical Society Area History Center.