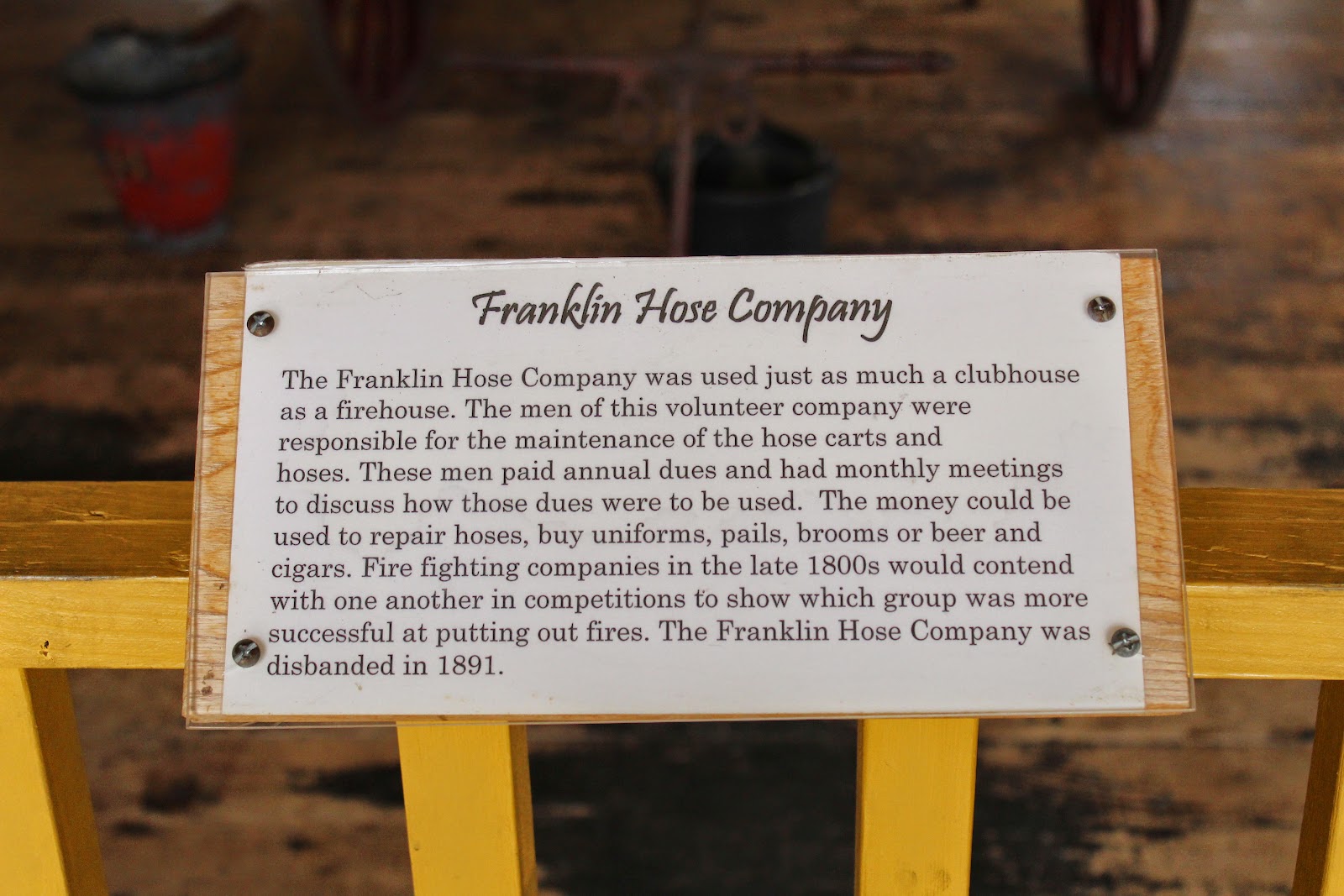 The Franklin Hose Company was used just as much a [sic] clubhouse as a firehouse. The men of this volunteer company were responsible for the maintenance of the hose carts and hoses. These men paid annual dues and had monthly meeting to discuss how those dues were to be used. The money could be used to repair hoses, buy uniforms, pails, brooms or beer and cigars. Fire fighting companies in the late 1800s would contend with one another in competitions to show which group was more successful at putting out fires. The Franklin Hose Company was disbanded in 1891. 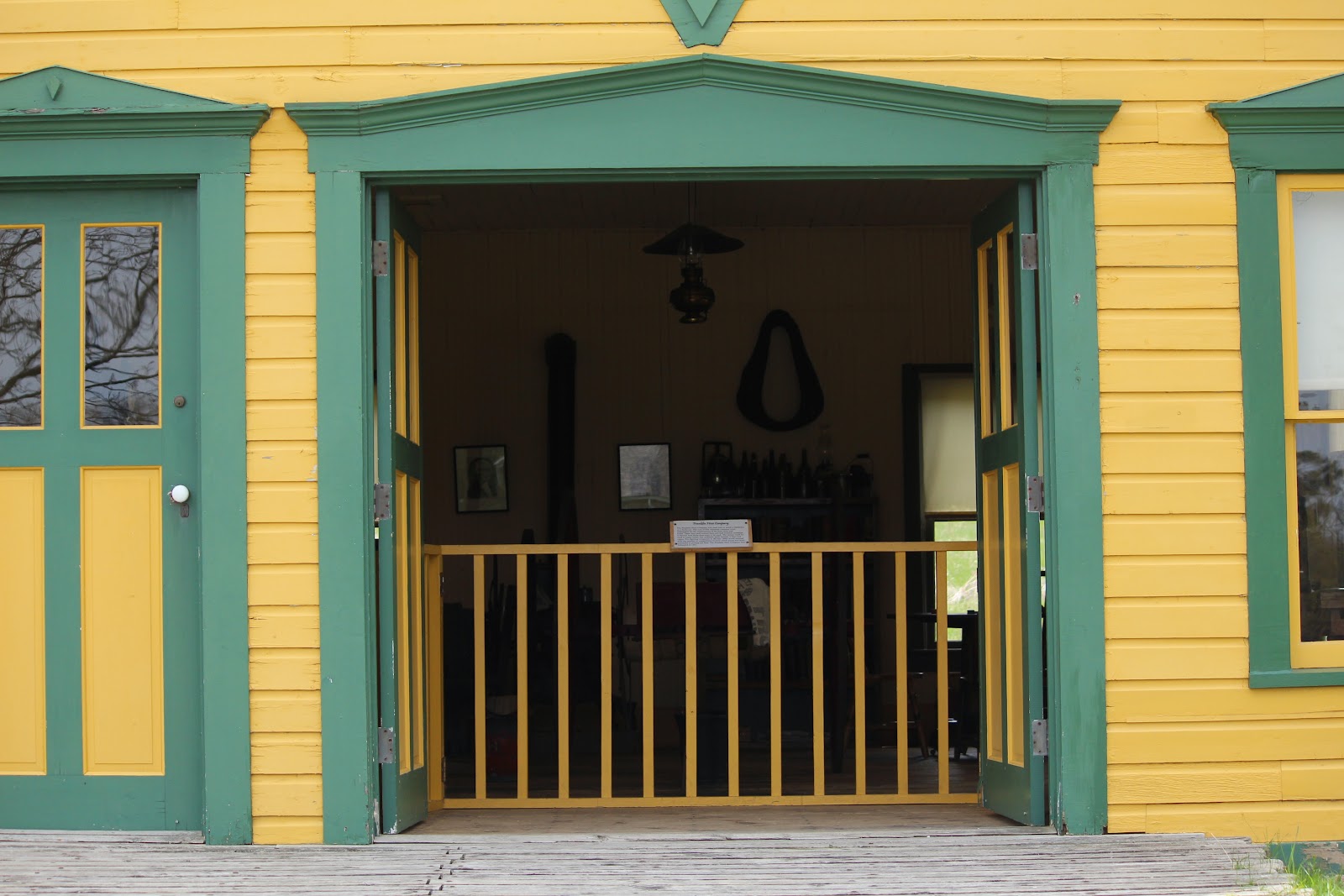 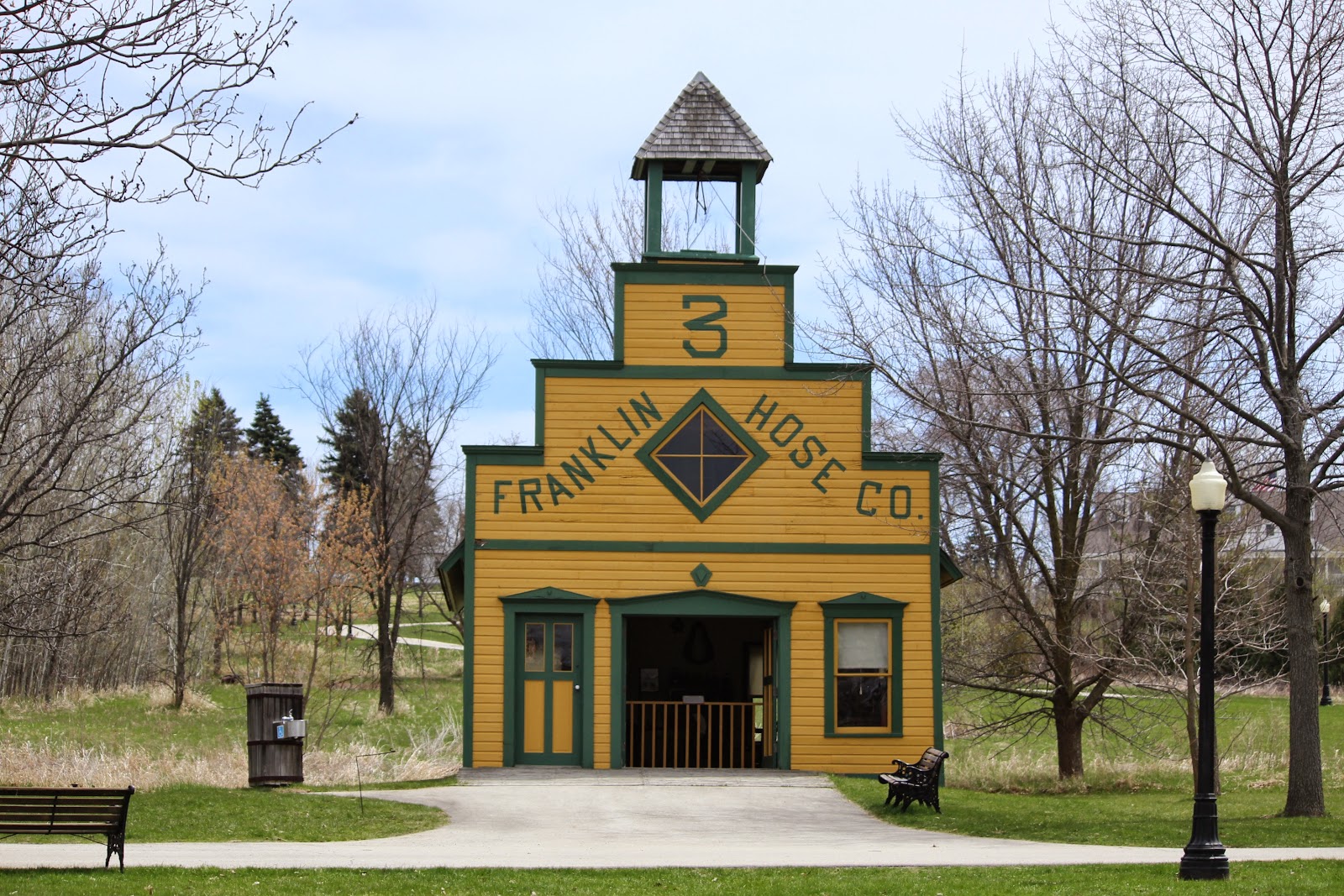 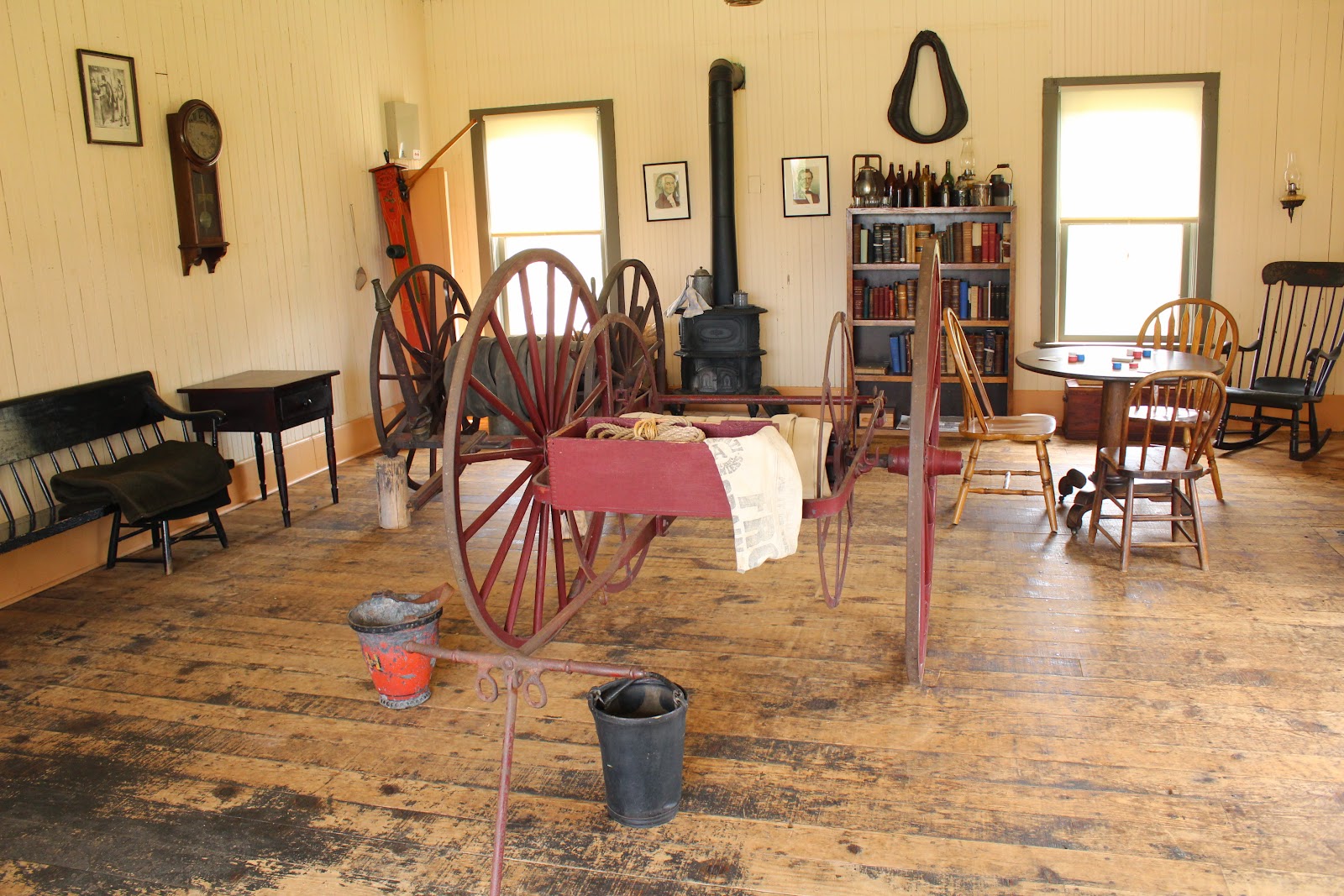 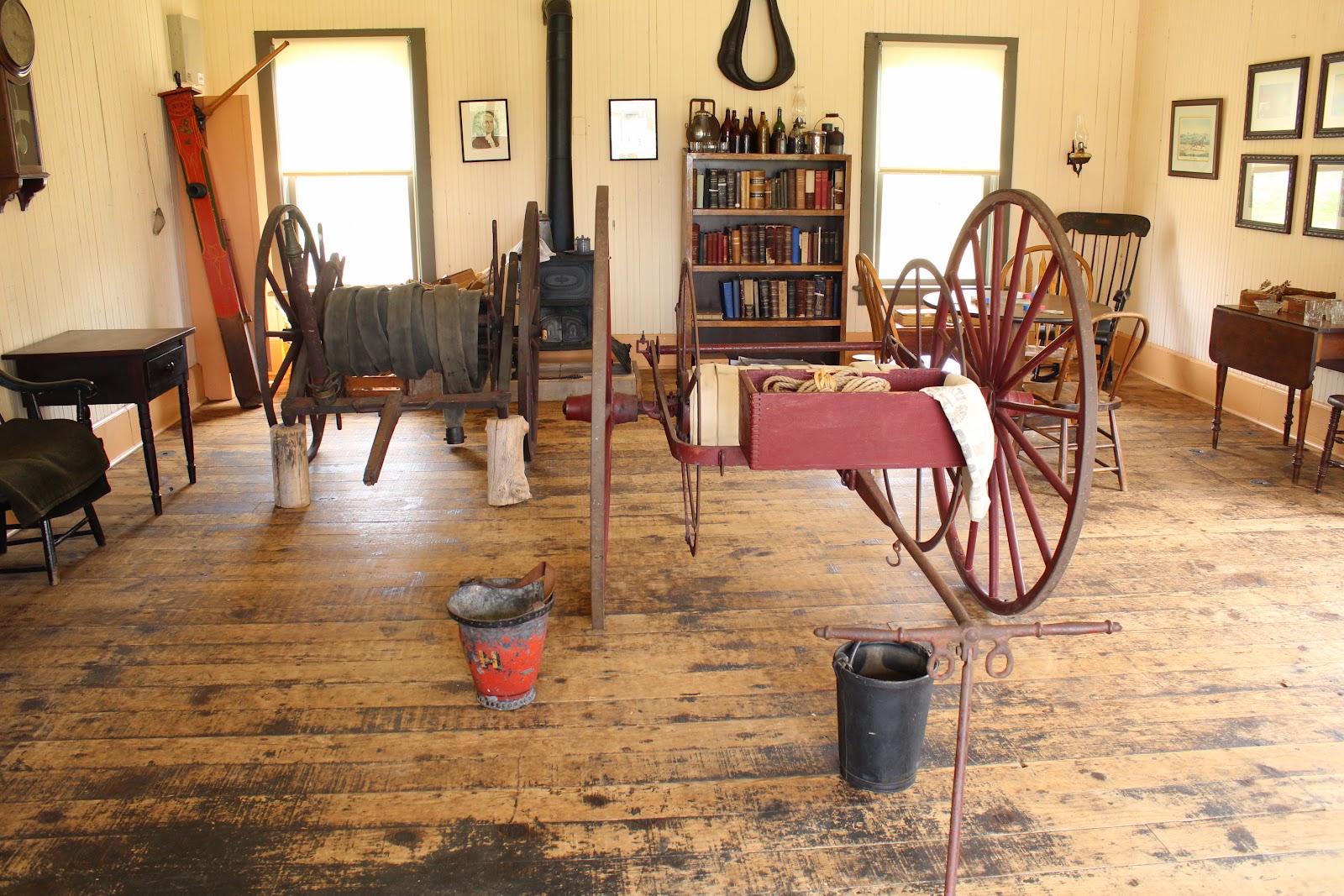 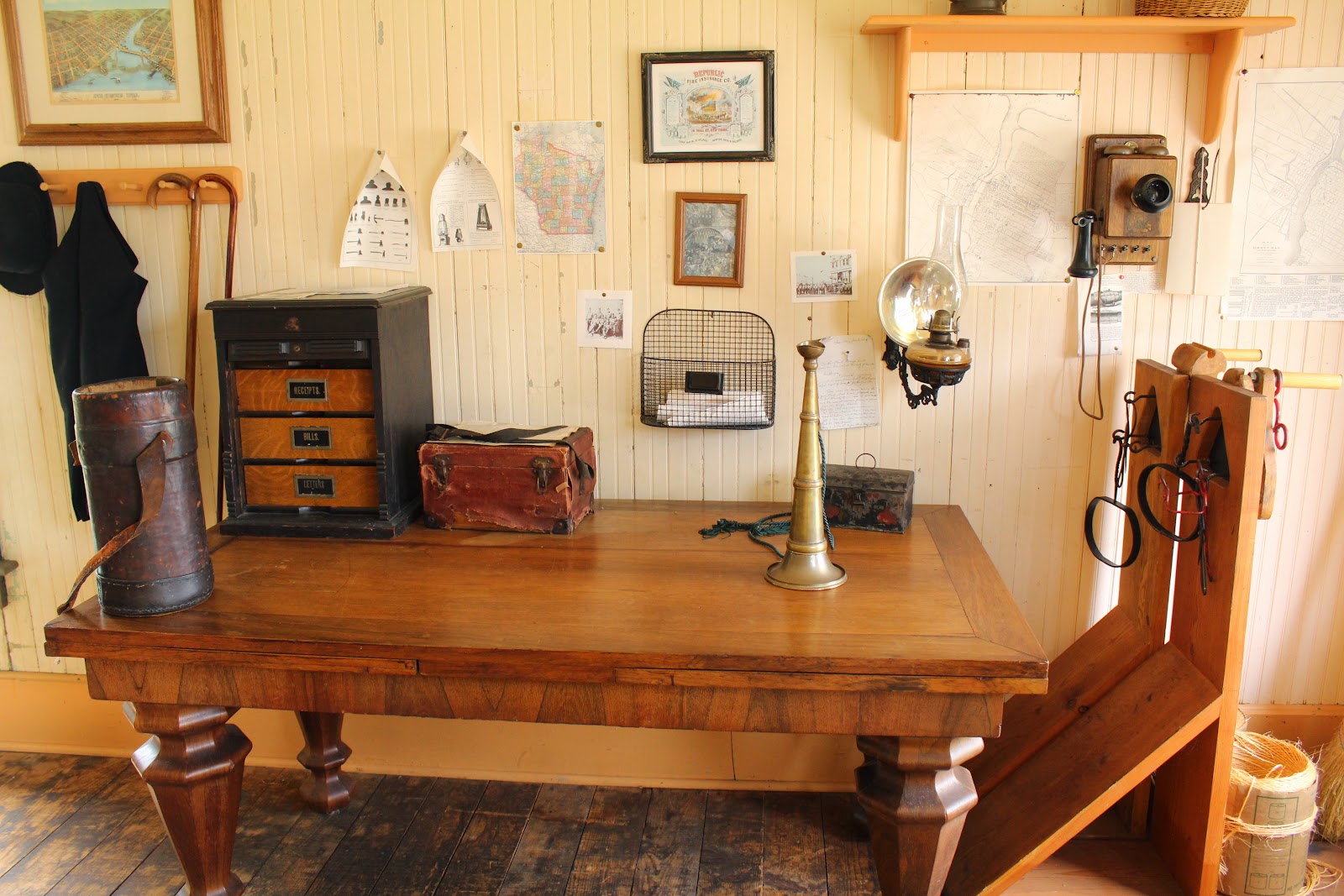 Some of the photographs on the wall over the desk: 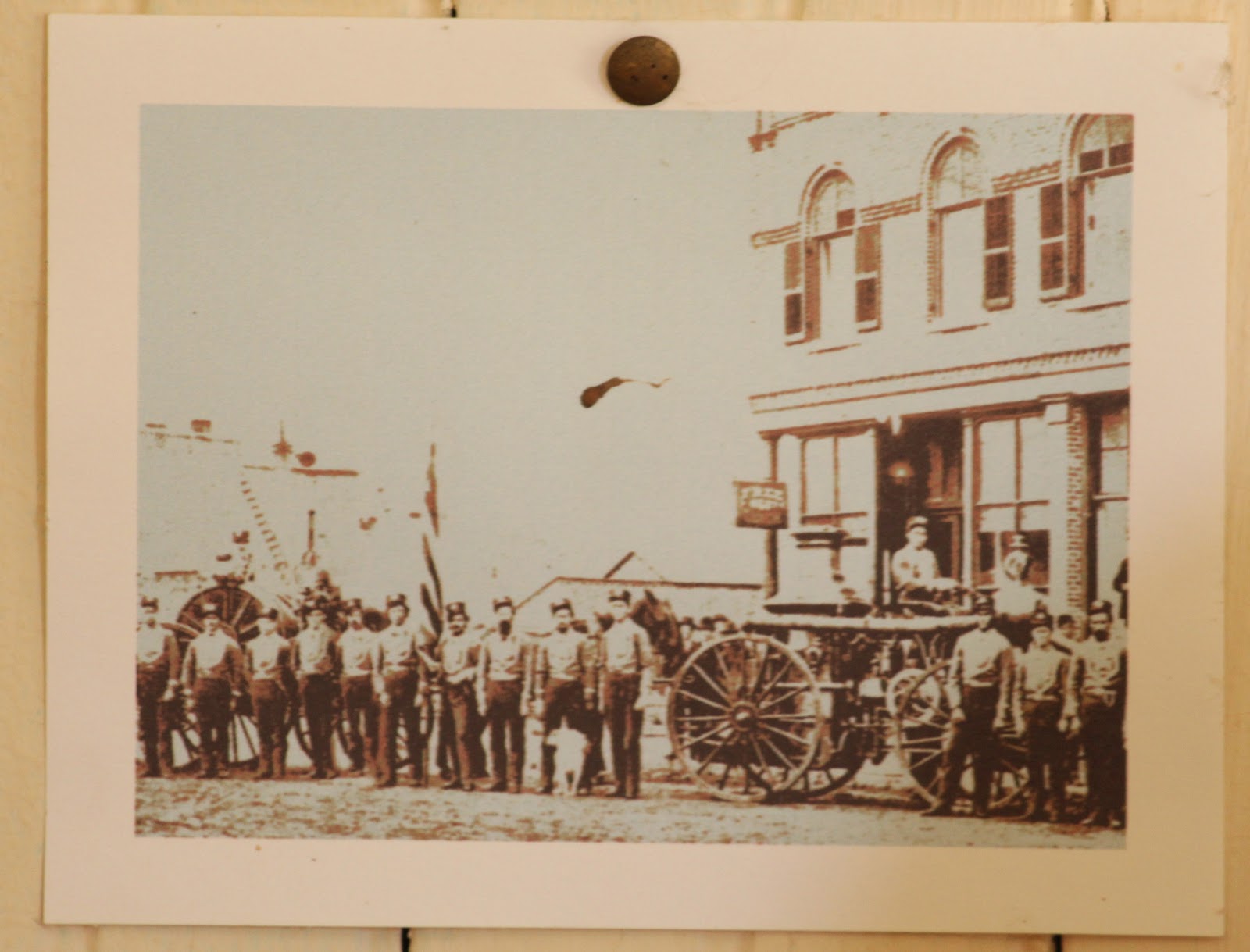 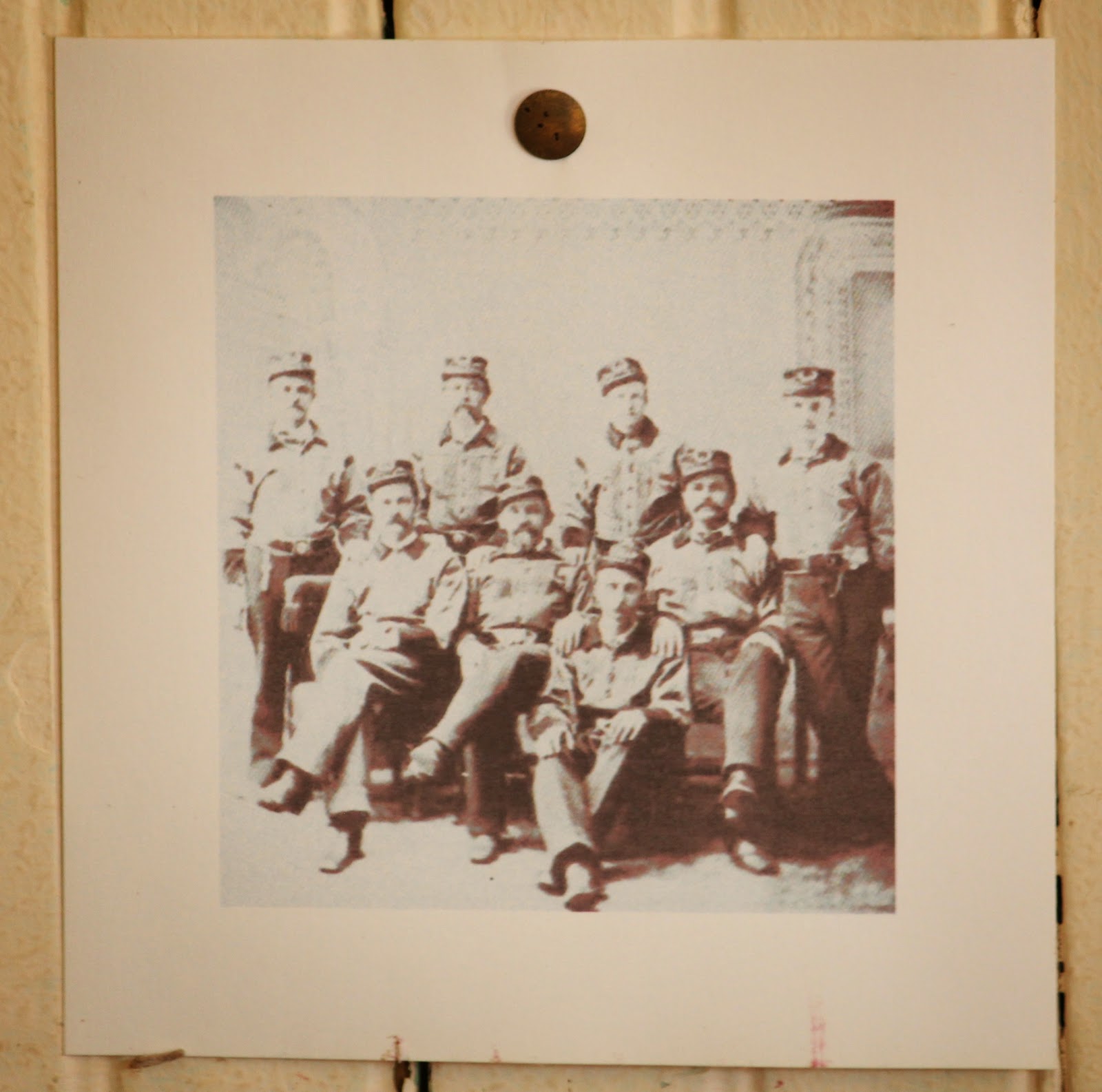 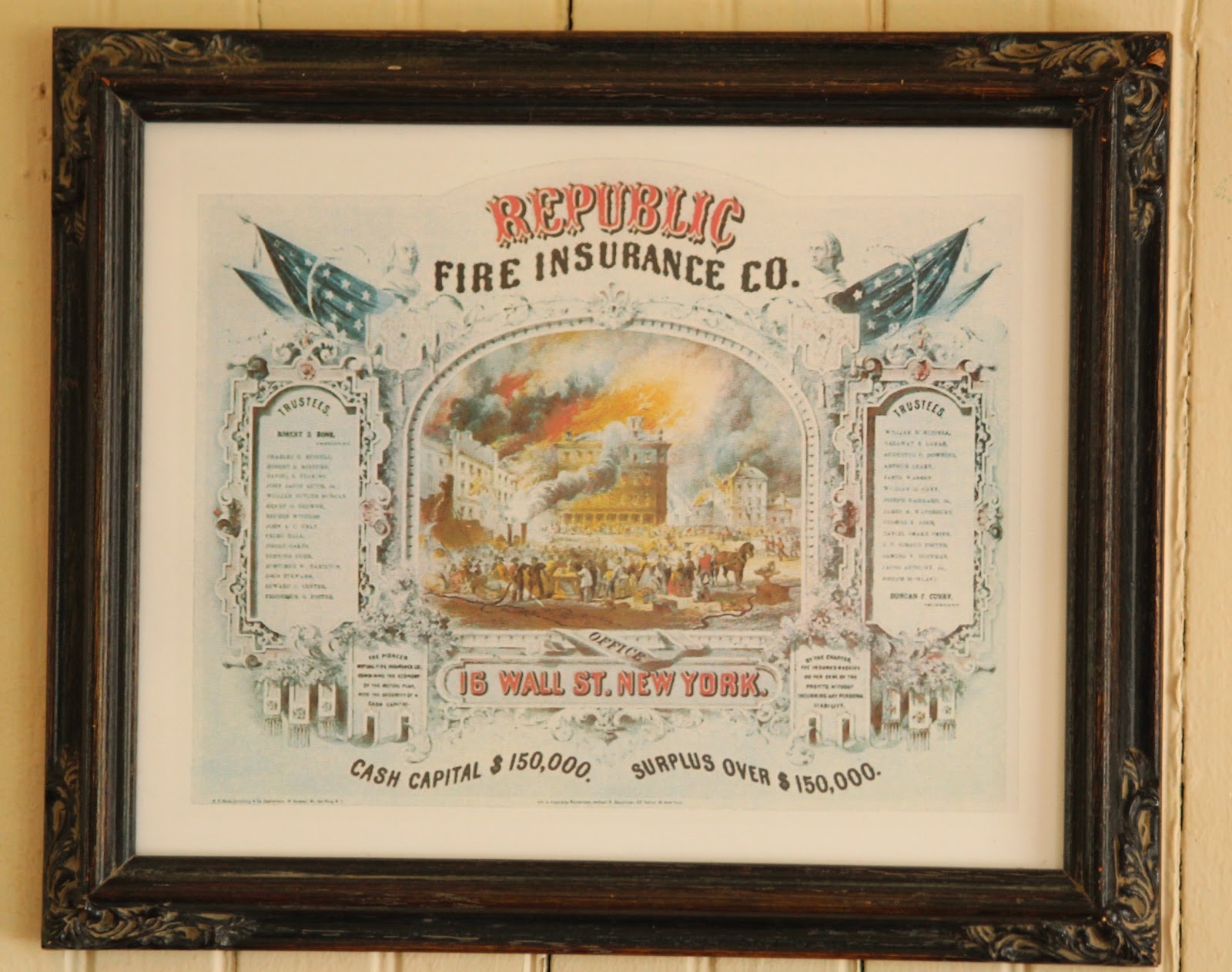 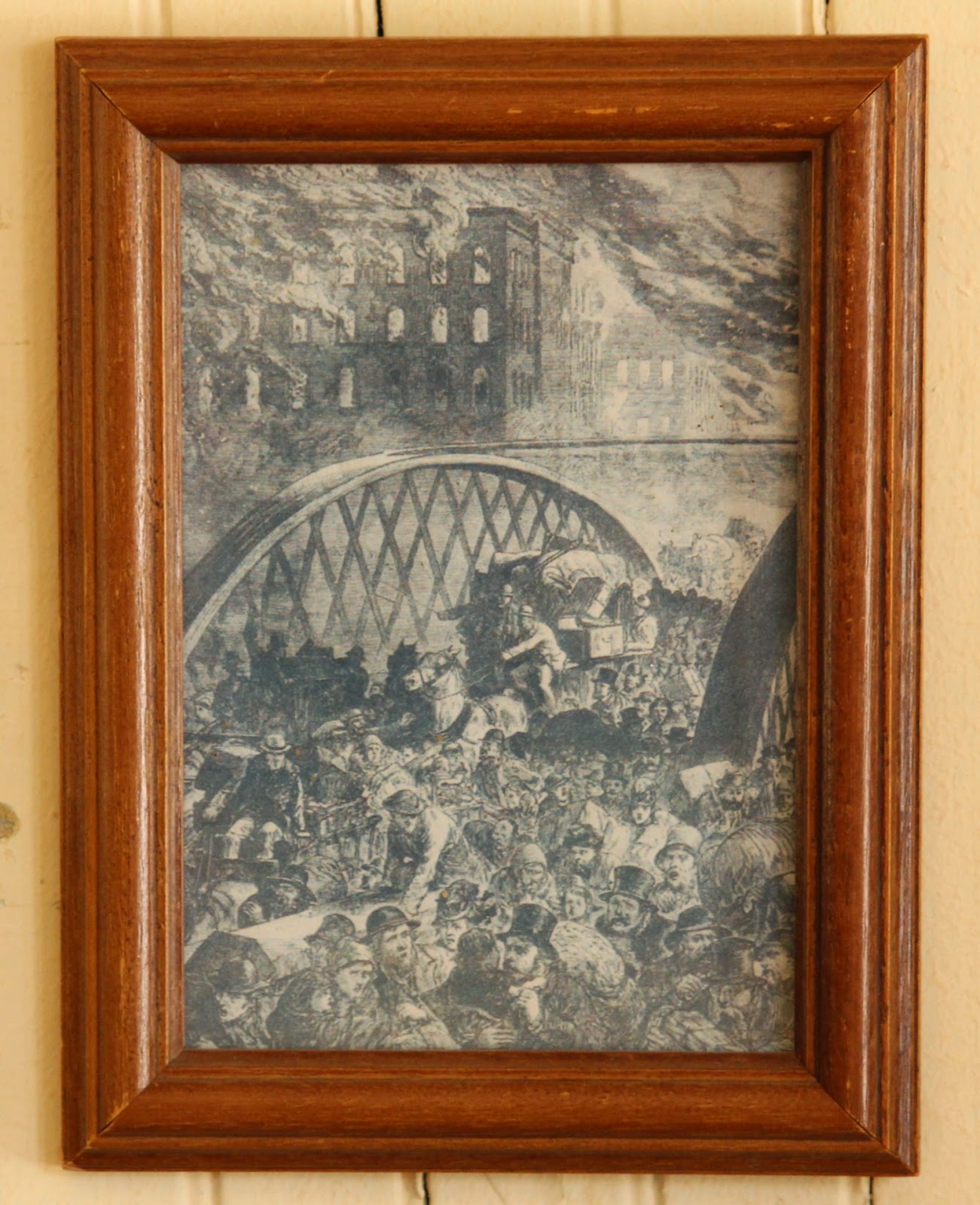 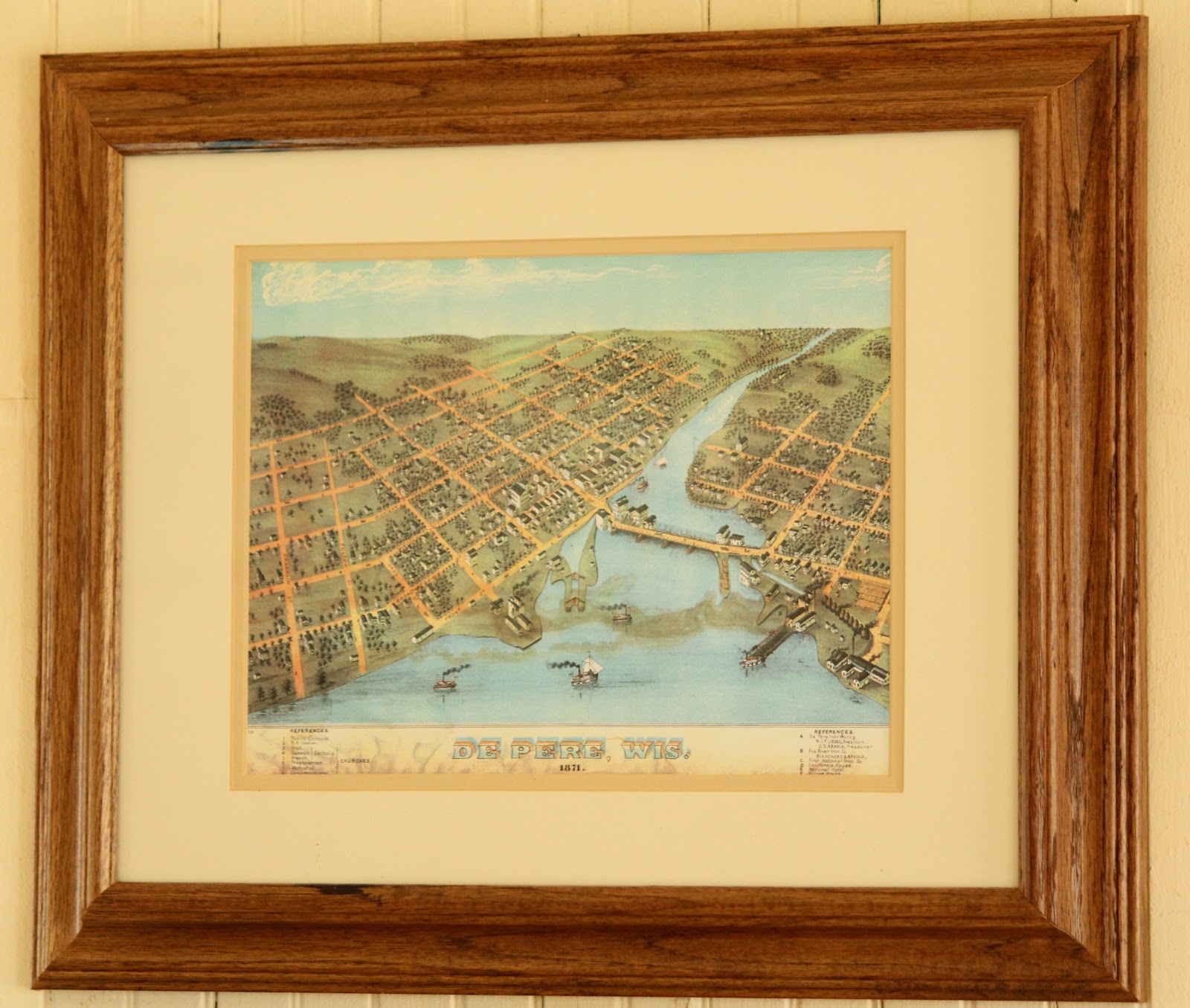 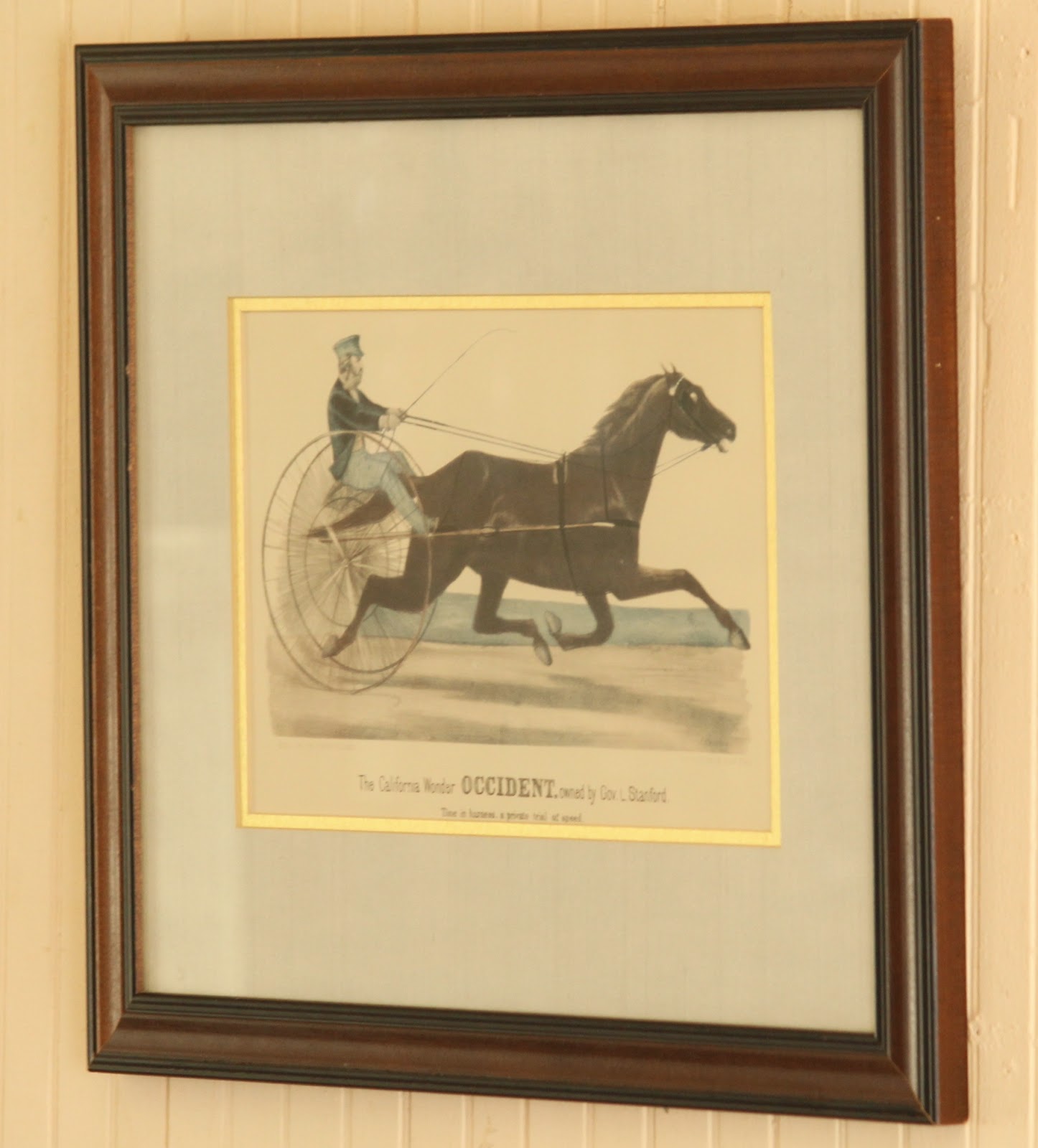 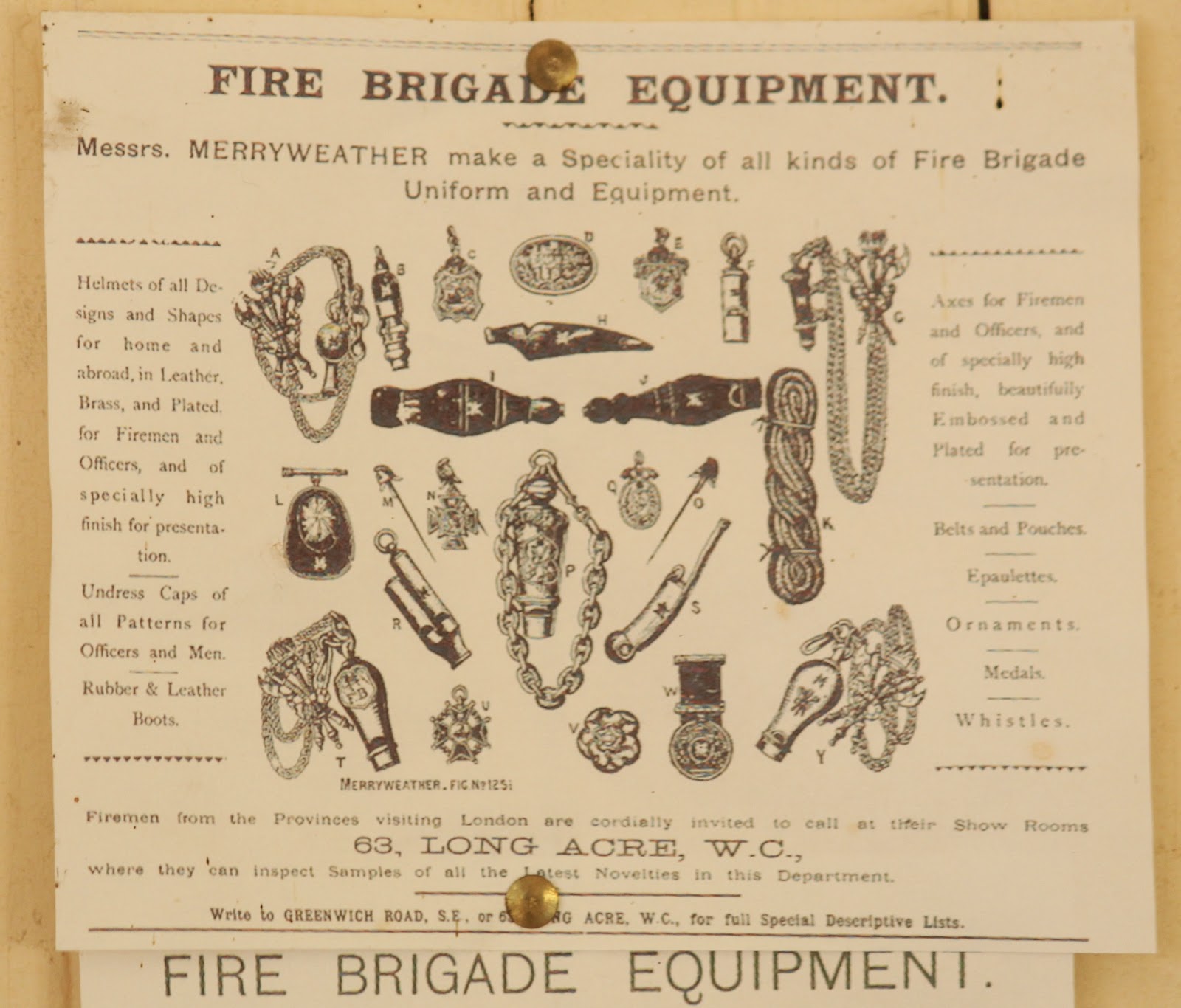 I could photograph this building all day --
one of my favorites in the park. 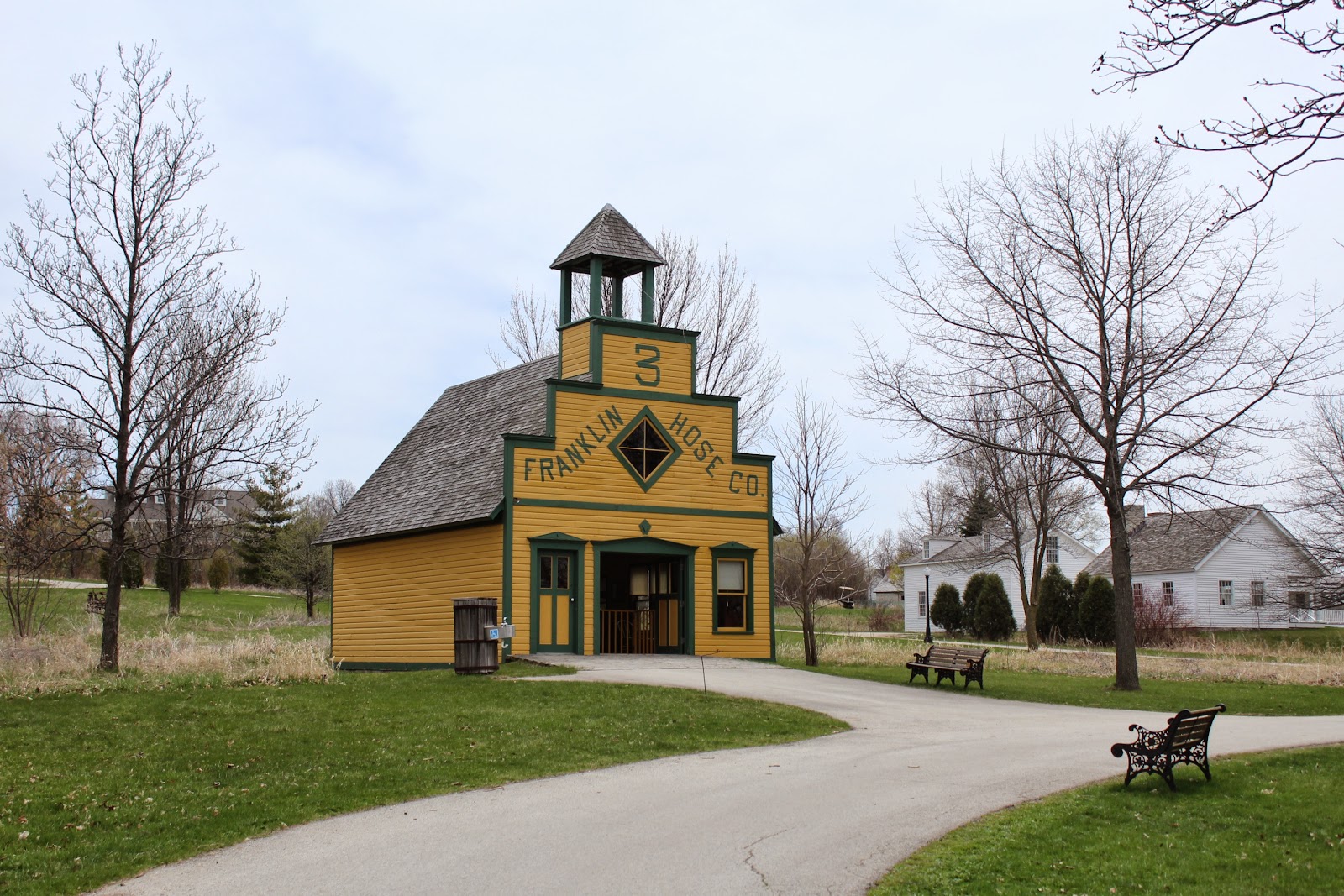 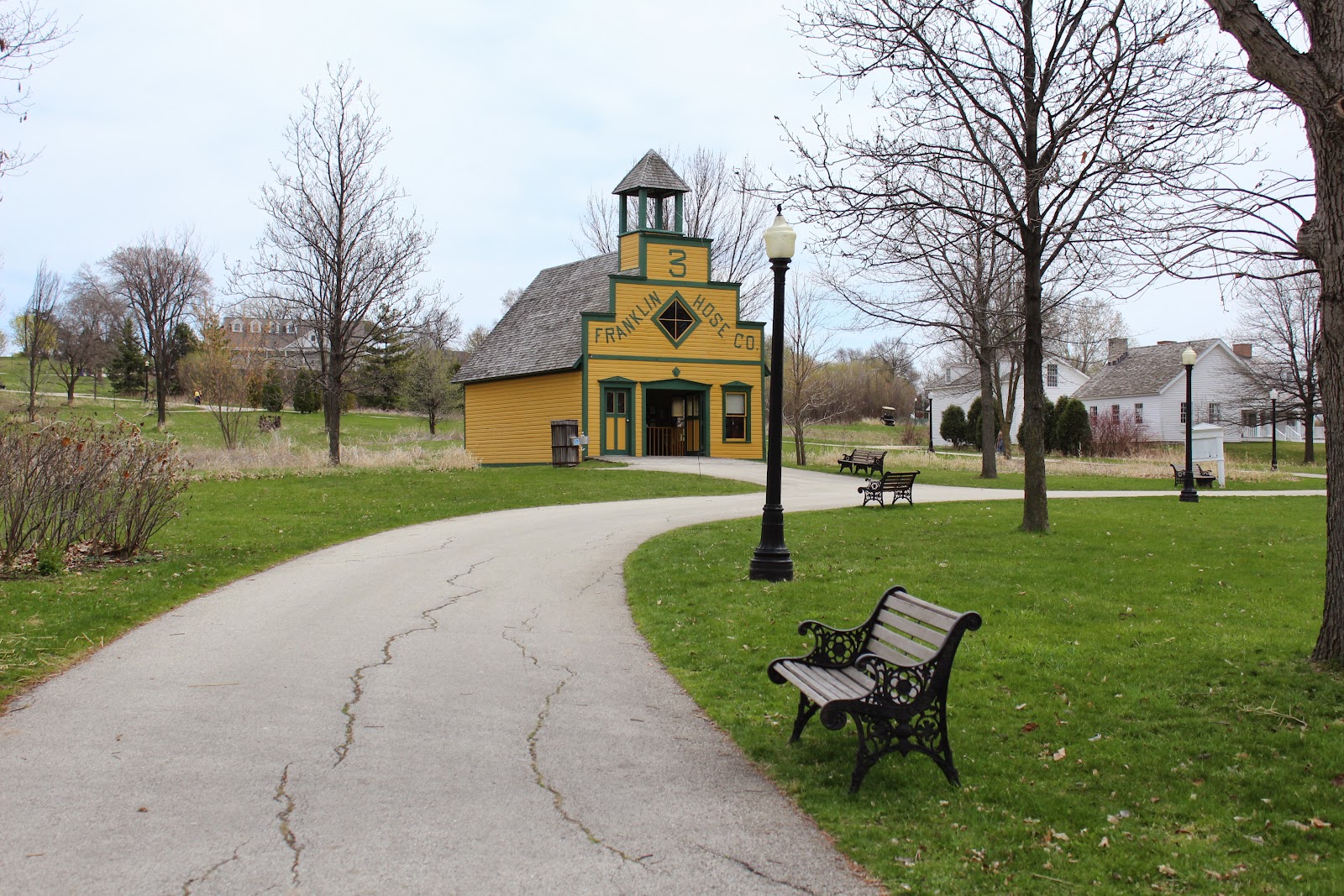 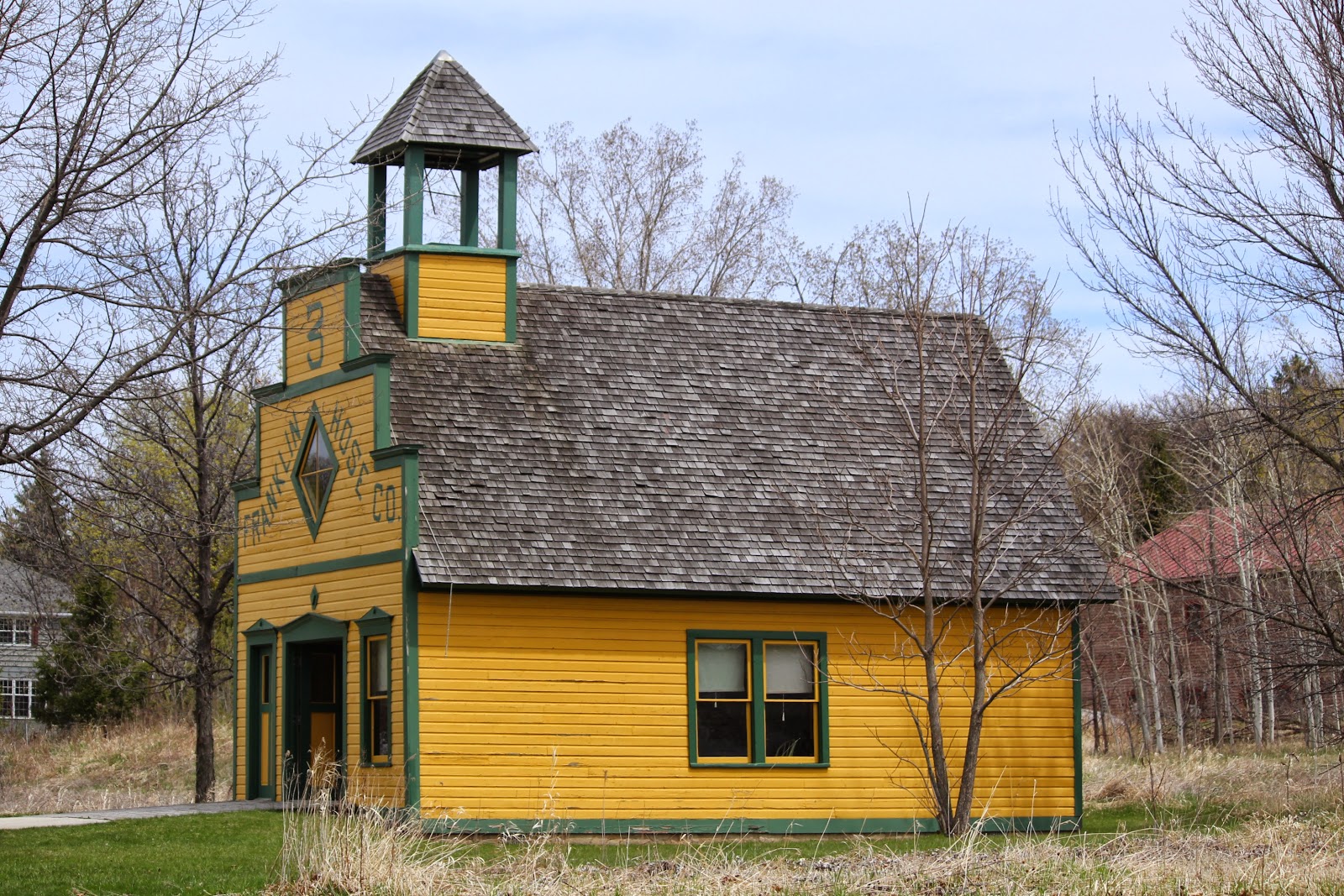 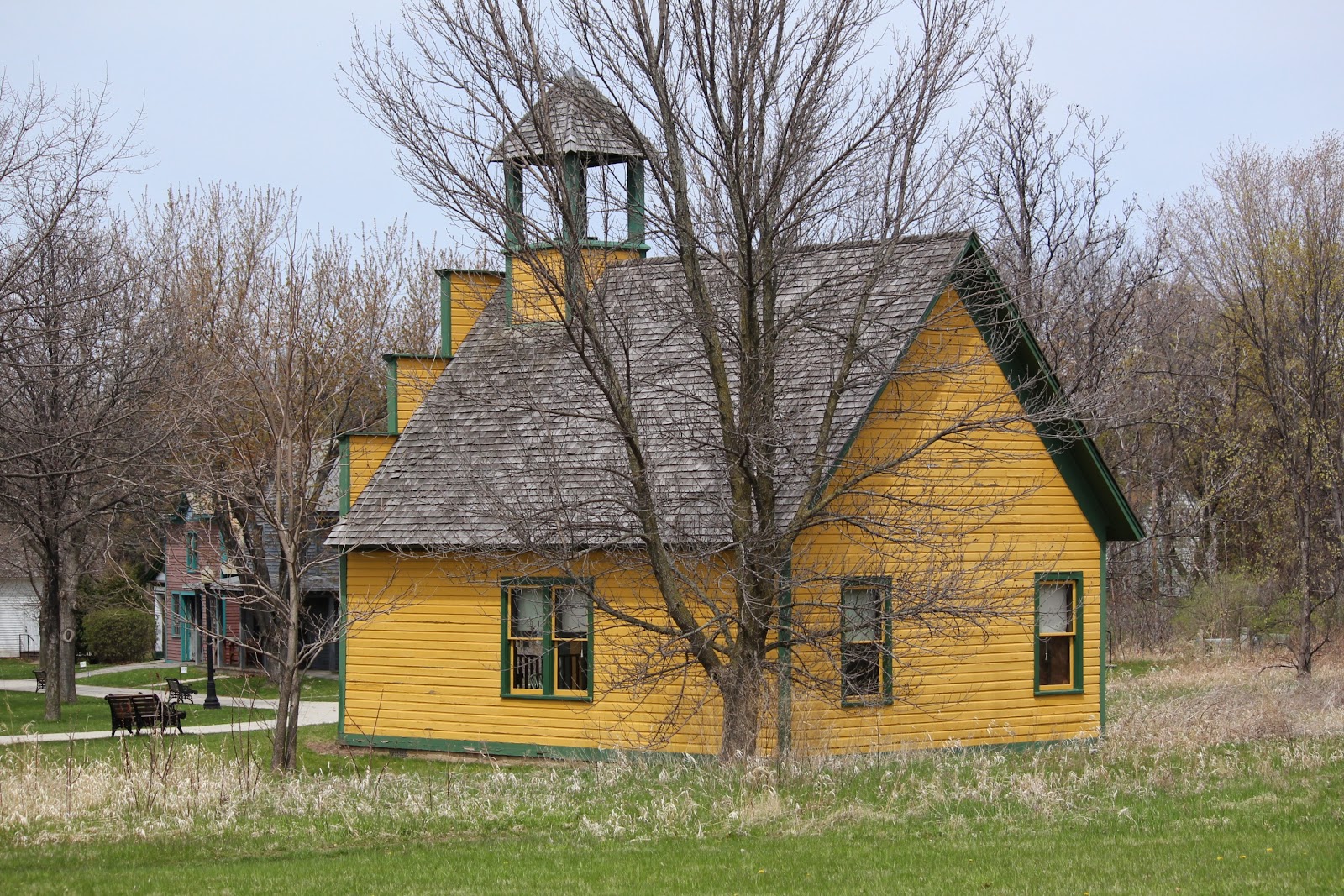 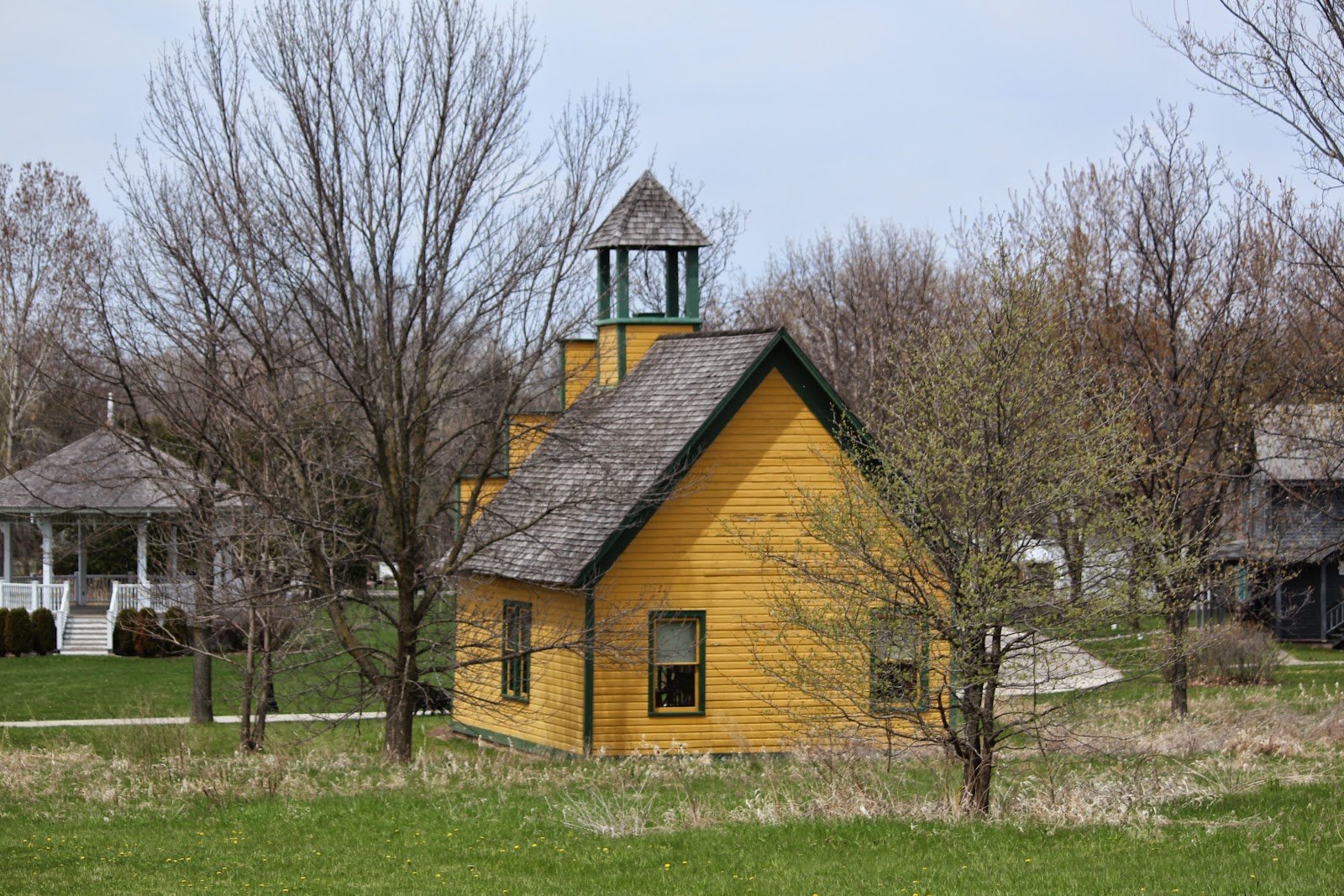 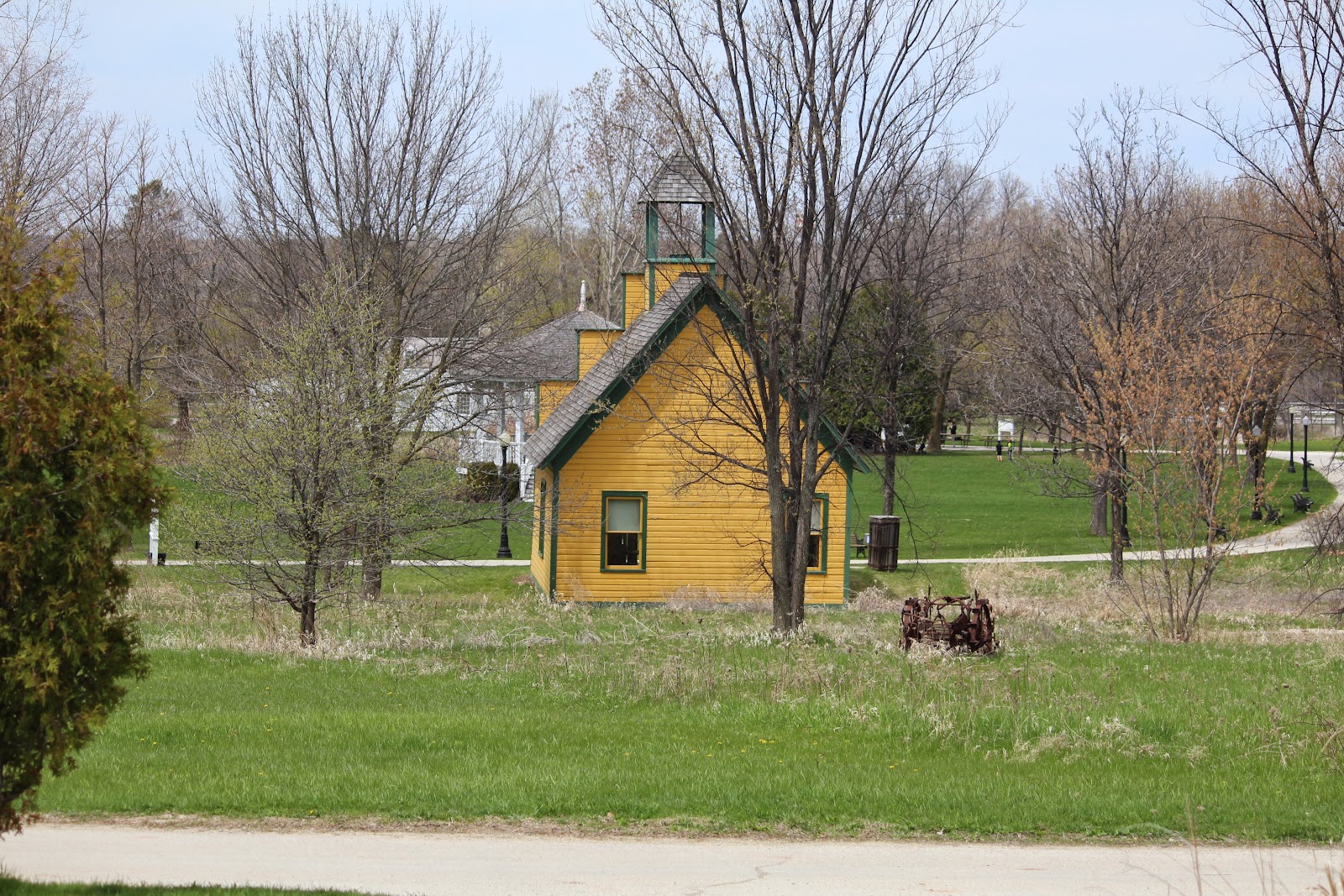 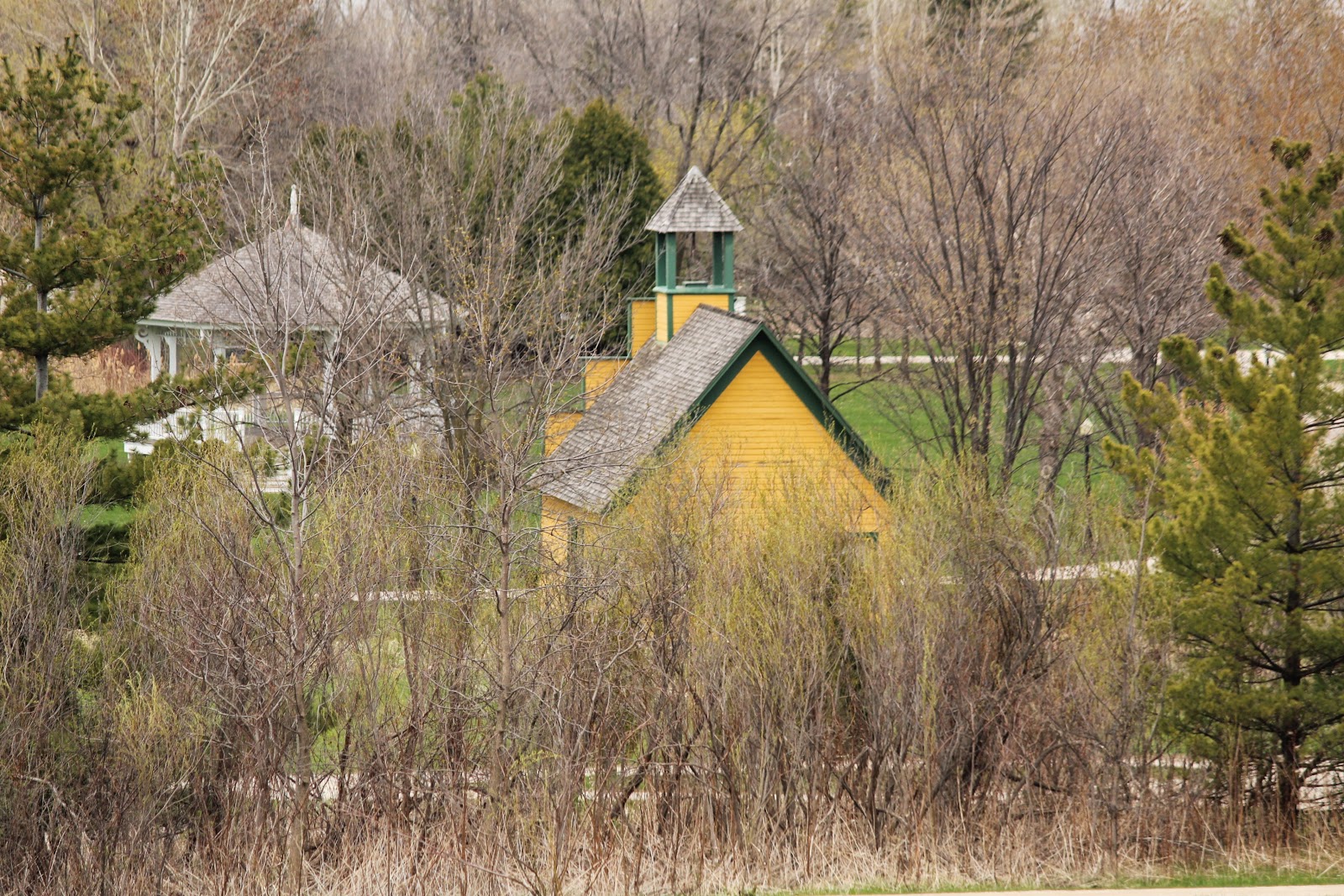 View of the Franklin Hose Company from the Heritage Hill Visitor Center.