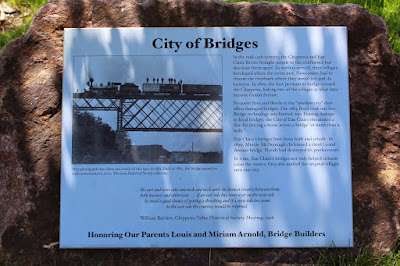 In the mid-19th century, the Chippewa and Eau Claire Rivers brought people to the confluence but also kept them apart. As settlers arrived, three villages developed where the rivers met. Newcomers had to choose the riverbank where they would live and do business. In 1869, the first permanent bridge crossed the Chippewa, linking two of the villages at what later became Grand Avenue.

Frequent fires and floods in the "sawdust city" days often damaged bridges. The 1884 flood took out five. Bridge technology was limited, too. Fearing damage to local bridges, the City of Eau Claire threatened a fine for driving a horse across a bridge "at more than a walk."

Eau Claire's bridges have been built and rebuilt. In 1899, Minnie McDonough christened a third Grand Avenue bridge. Floods had destroyed its predecessors.

In time, Eau Claire's bridges not only helped citizens cross the waters; they also unified the original villages into one city.

...the east and west sides ran neck and neck with the keenest rivalry between them, both business and otherwise. ...if an east side boy went over on the west side he stood a good chance of getting a thrashing and if a west side boy went to the east side the courtesy would be returned. 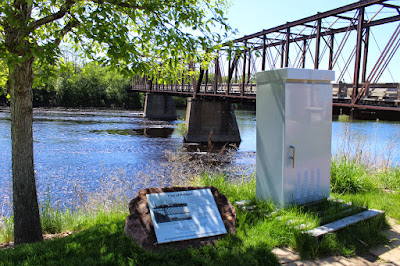 The marker is near the southeast end of the bridge,
with the Chippewa River in the background. 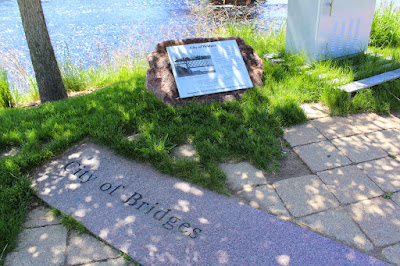 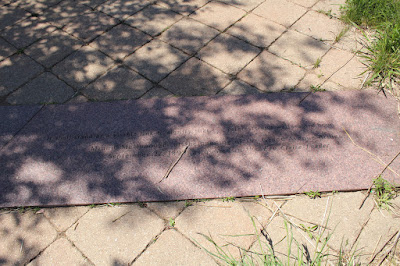 "It shall stand as a visible link to signify that ... interests and welfare are bound together..., Minnie McDonough, at the opening of the Grand Avenue Bridge, September 27, 1899, as quoted in the Eau Claire Leader." 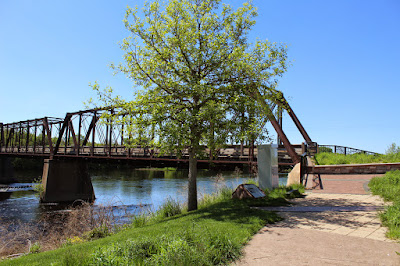 The marker is visible to the right, in the shade of the tree. 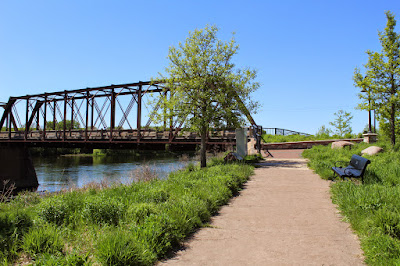 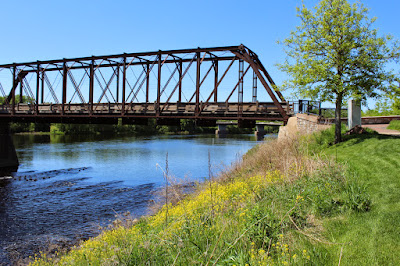 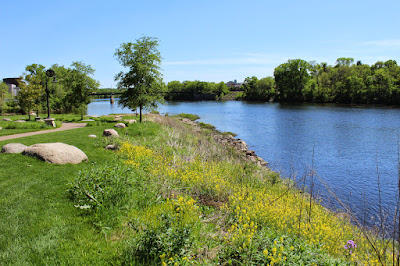 Looking south at the Chippewa River from the marker location. 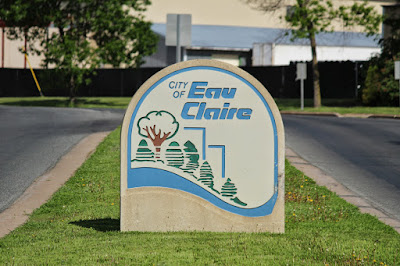