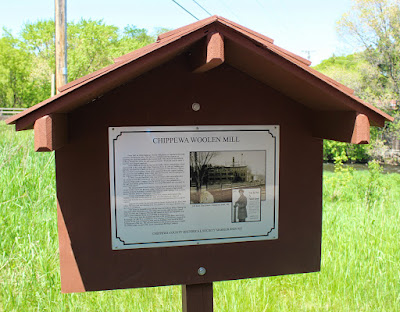 From 1882 to 1962 Chippewa Woolen Mill played an important role in the economy of Chippewa Falls. The Mill was established for the purpose of supplying the men that worked in the lumber trade with warm and dependable clothing. During the 1920s the mill employed about 100 people and for years it was the city's largest employer.

James Mitchell erected the first woolen mill in 1882 in Frenchtown, which was located on the south side of the Chippewa River. In 1884 the building was partially destroyed by a flood. On this site, on Duncan Creek, Hector C. McRae, then erected a new building. Some of the equipment from the original building was moved to this building. A short time later the business was incorporated as the Chippewa Falls Woolen & Linen Mill Company.

In 1903, Joseph Mandelert, who was co-owner of the corporation died. The business was then transferred to his heirs and incorporated as The Mandelert Mercantile Company. For the next 60 years it was passed down through their family, going from Charles A. to Lloyd Mandalert who operated the plant until it closed.

The mill purchased wood from local sheep farmers and took it from the raw source all the way to the garment stage. It produced a variety of high quality woolen products including a complete line of men's work clothing, such as shorts, pants, britches, jumpers, mackinaws and vests.

A large assortment of sportswear for men, women and children, that included coats and smaller garments were also manufactured. A line of outerwear included men's overcoats and topcoats and sport and dress coats for women.

Apparel was made for and sold with the Sears, Roebuck & Co. label. Auto robes, blankets and wool batting were also produced. U.S. Army blankets were also mass-produced.

The factory's downfall came with the onset of synthetic fabrics. During this time there were reportedly more than 100 other woolen mills that also closed down. In 1962, the Chippewa Woolen Mill closed its doors and equipment was sold to cover company debts to avoid filing for bankruptcy.

A few years later the property was sold to the Loiselle Bros. who used it for storage. In 1987 H. J. Loiselle Co., in a voluntary condemnation, donated the property to the City of Chippewa Falls and the buildings were razed for future development of the site. The mill was located on the property that now occupies the Lemie Lodge, as part of the Jacob Leinenkugel Brewing Company.

Leinenkugel | Leinie Lodge (must be over 21 to enter the site)

The marker is No. 55 is a series of historical markers erected by the Chippewa County Historical Society. 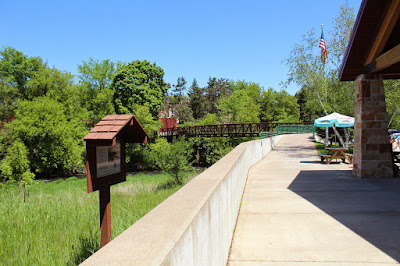 With the bridge to access Jacob Leinenkugel Brewing Company in the background. 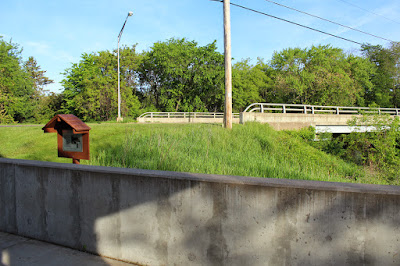 With Jefferson Avenue / Wisconsin Highway 124 in the background. 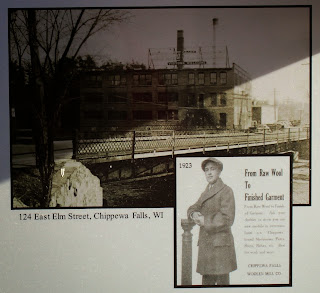 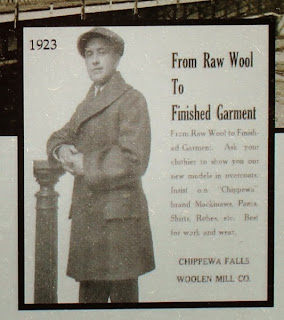 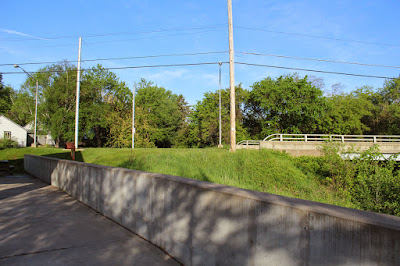 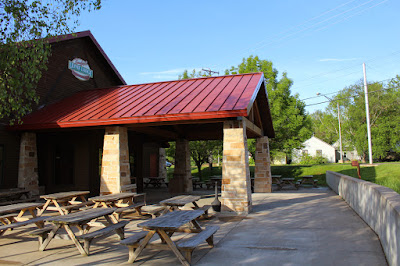 The small marker is visible on along the wall, on the right. 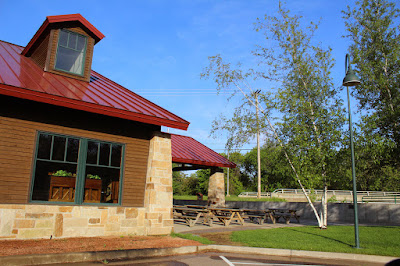 The marker is visible between the building and the pillar. 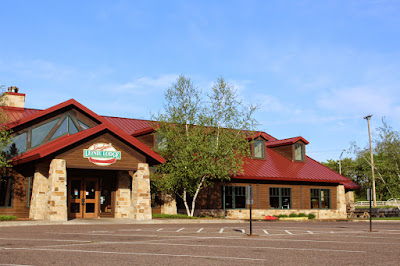 The marker is to the far right of the building. 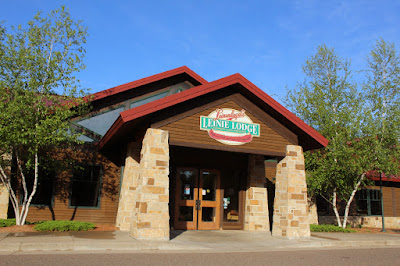 The marker is on the grounds of Leinenkugel | Leinie Lodge.