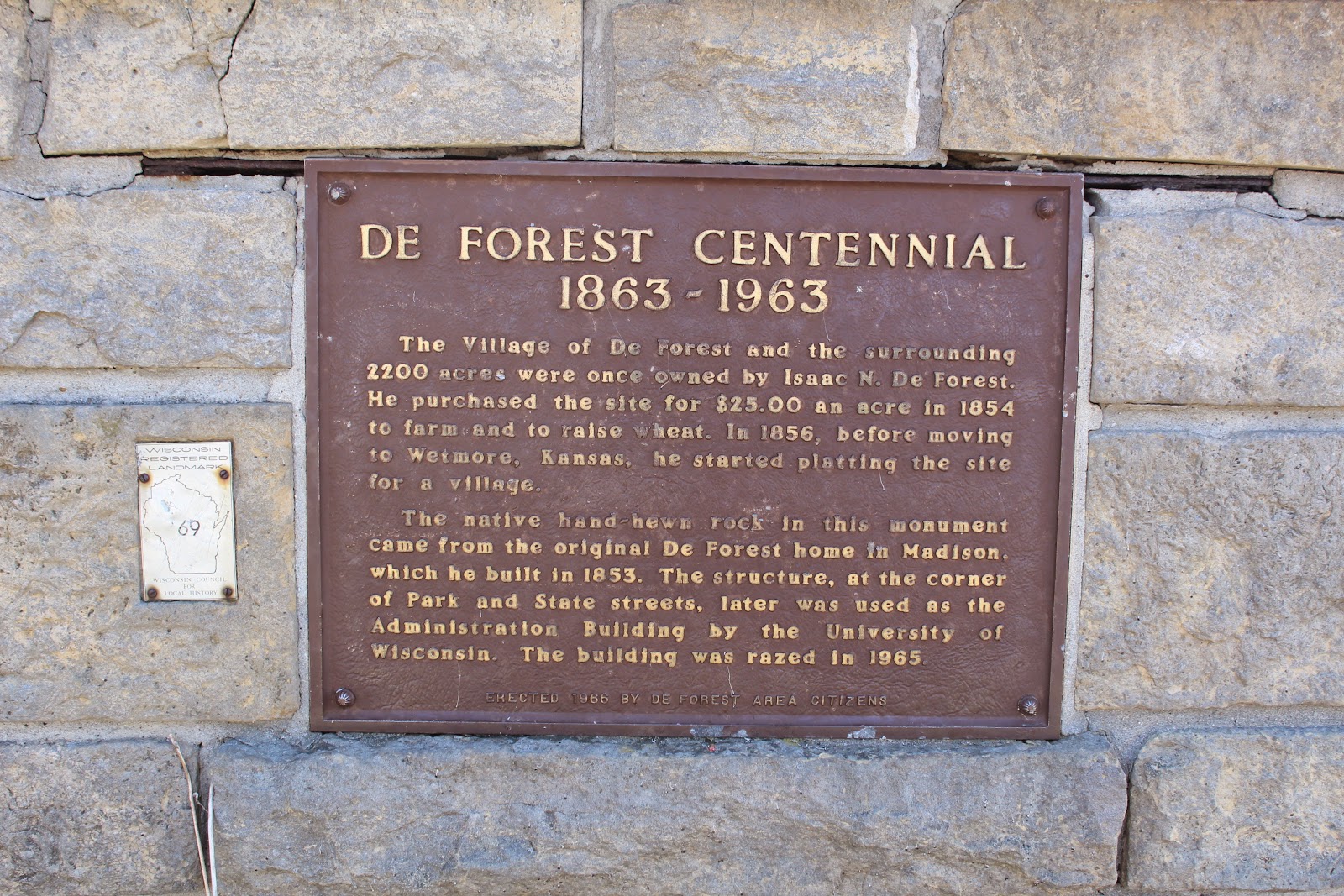 The Village of De Forest and the surrounding 2200 acres were once owned by Isaac N. De Forest. He purchased the site for $25.00 an acre in 1854 to farm and raise wheat. In 1856, before moving to Wetmore, Kansas, he started platting the site for a village.

The native hand-hewn rock in this monument came from the original De Forest home in Madison, which he built in 1853. The structure, at the corner of Park and State streets, later was used as the Administration Building by the University of Wisconsin. The building was razed in 1965.

The marker is located at Fireman's Park on eastbound Commerce Street / Deforest Street, at its intersection with South Durkee Street, along the Fireman's Park Trail. DeForest, Wisconsin 53532. 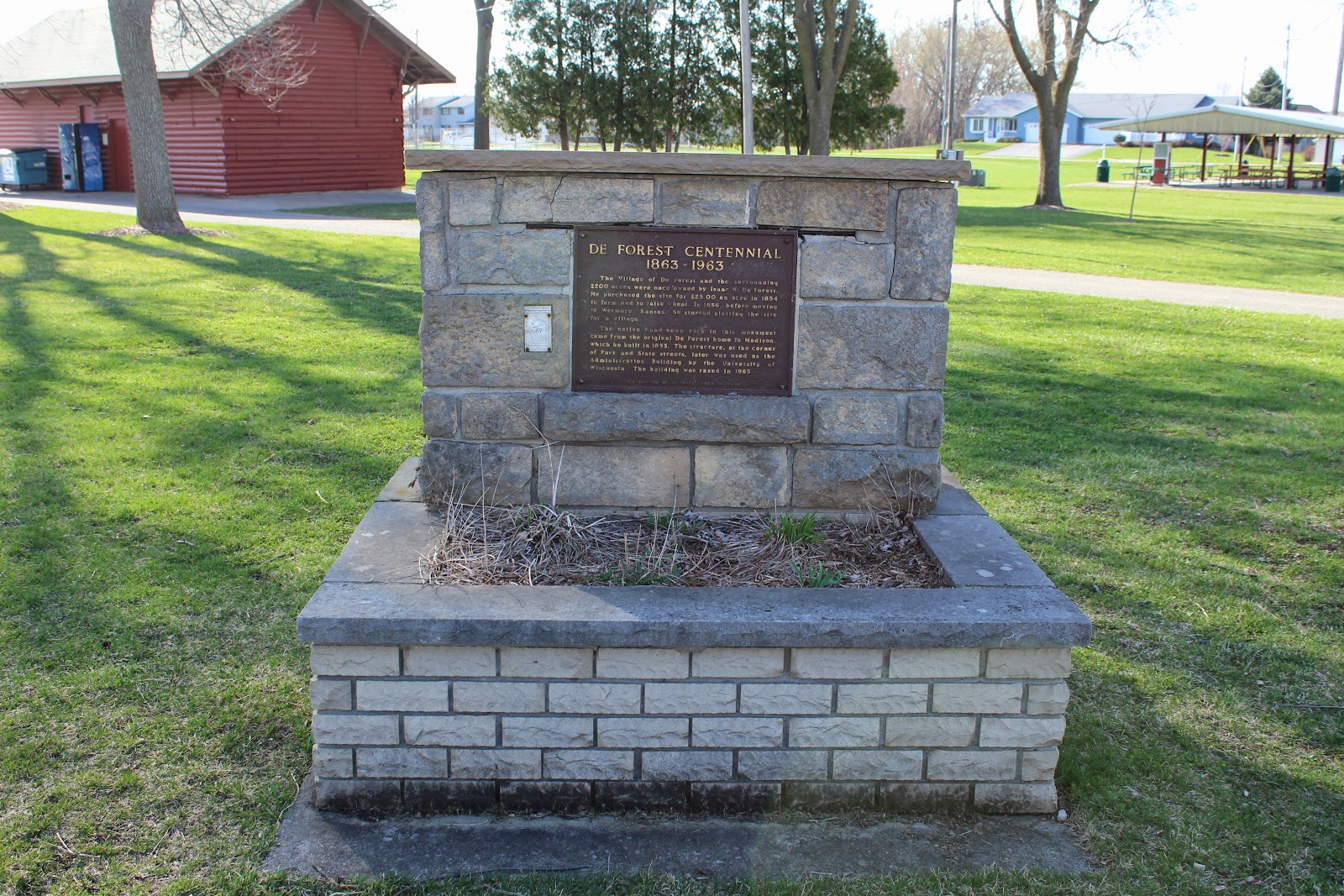 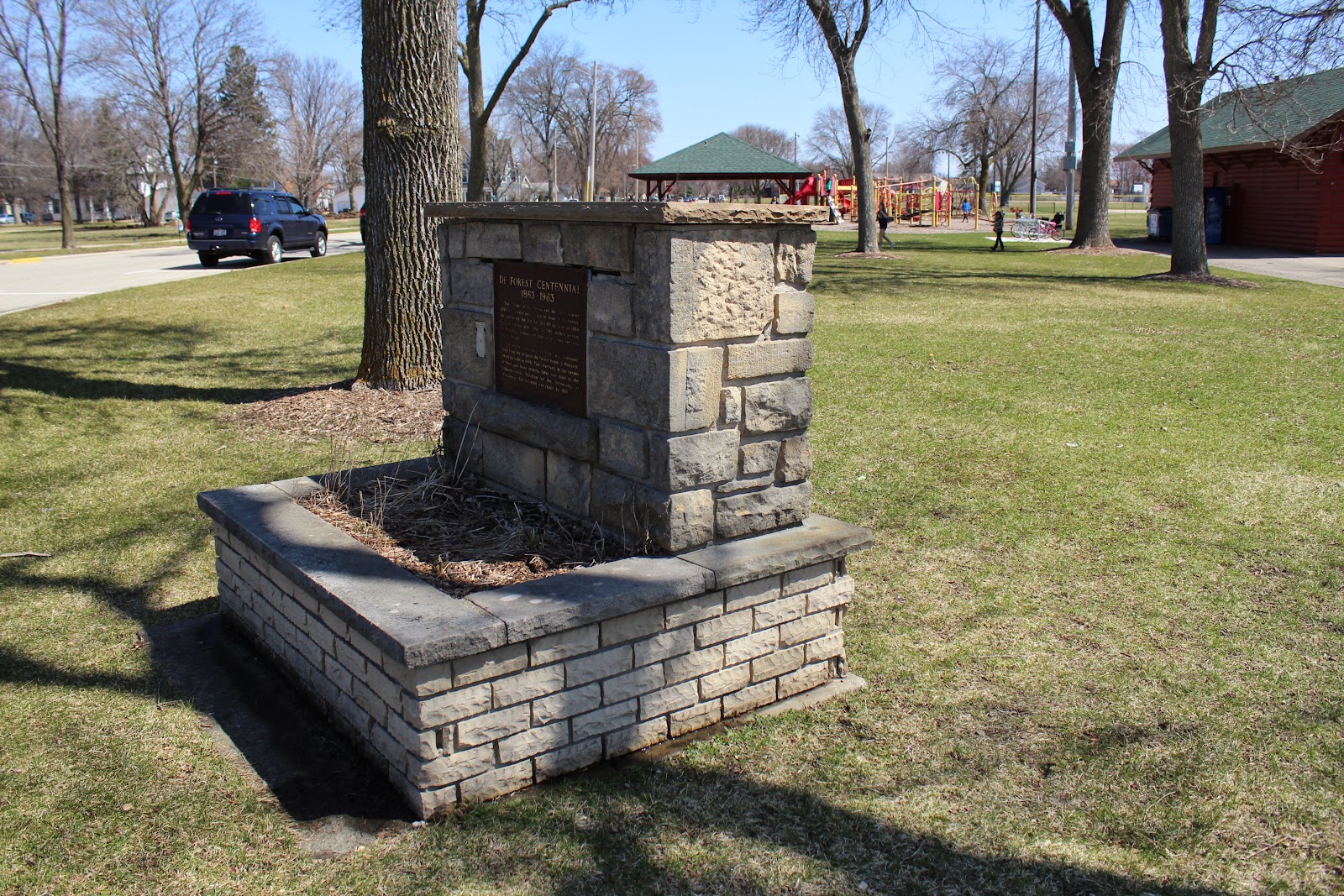 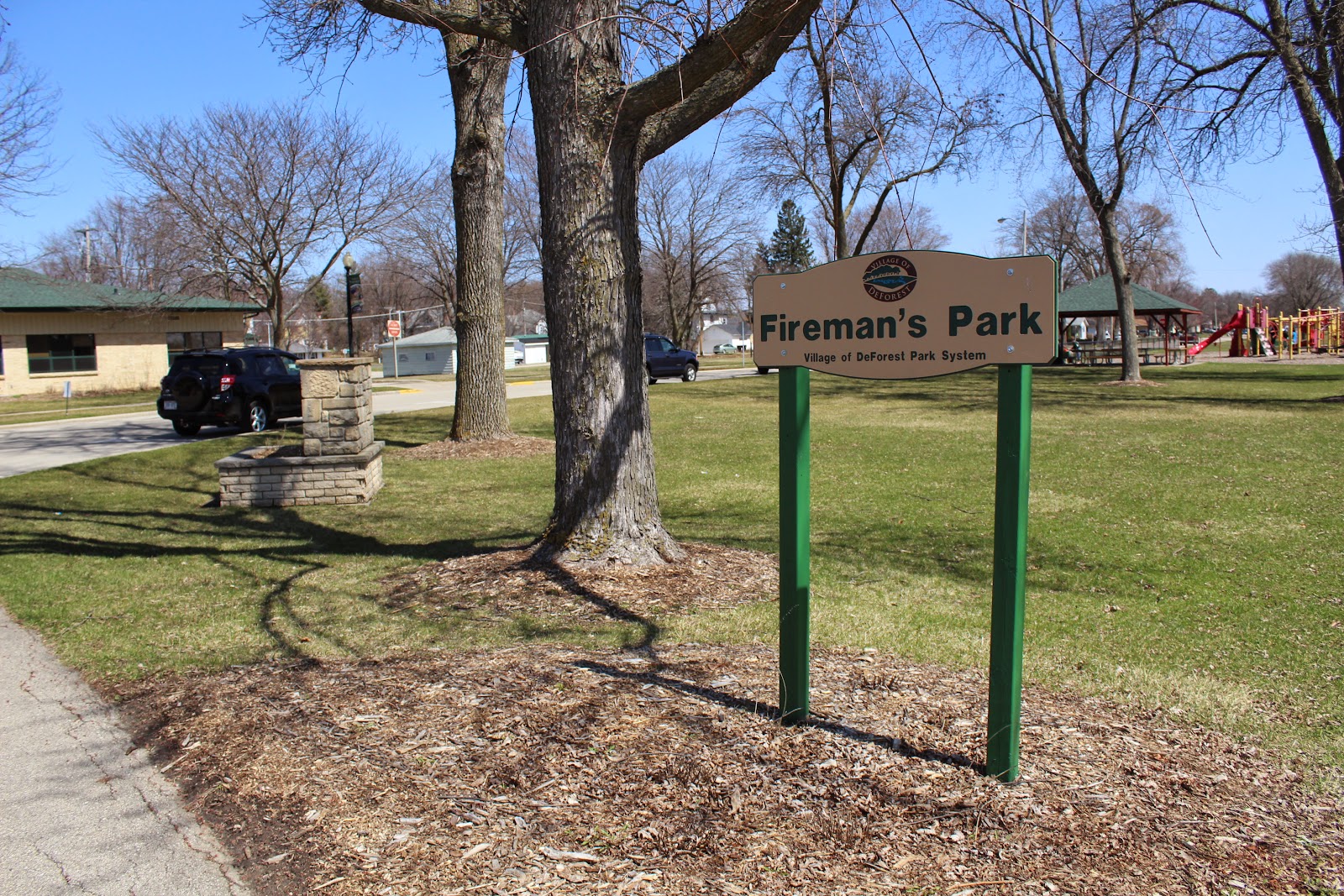 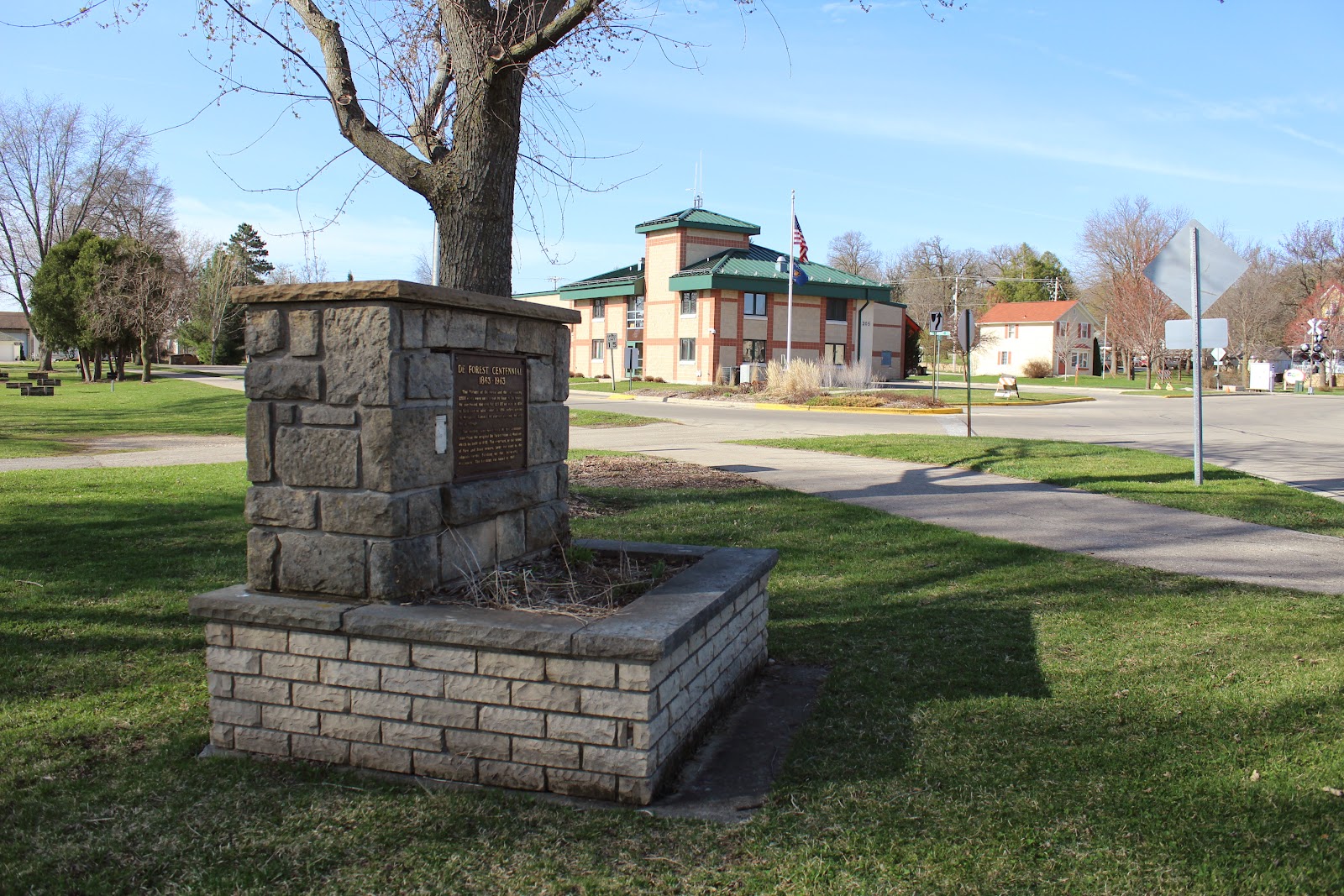 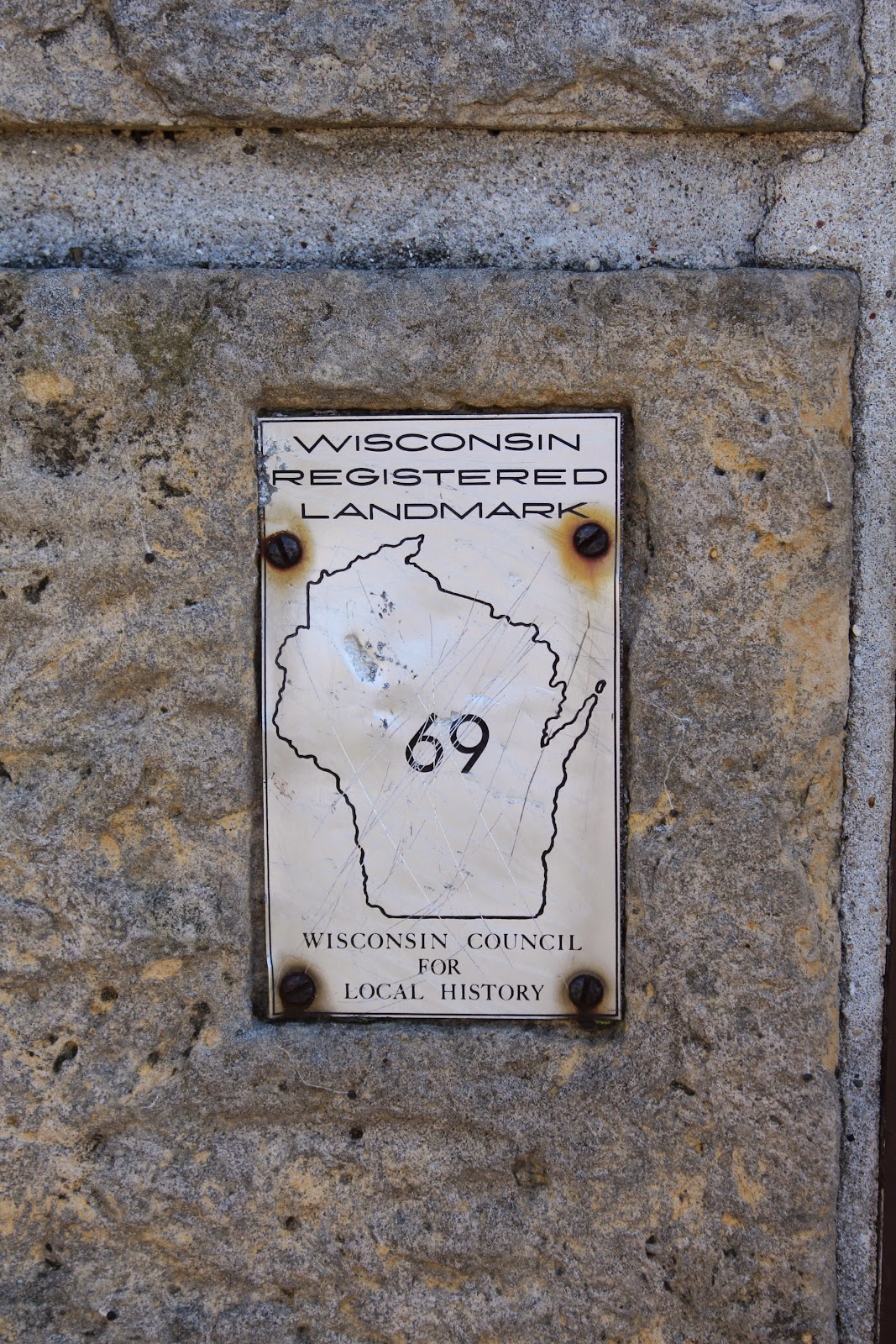