Walls of Wittenberg: Foundations of Faith (2006) 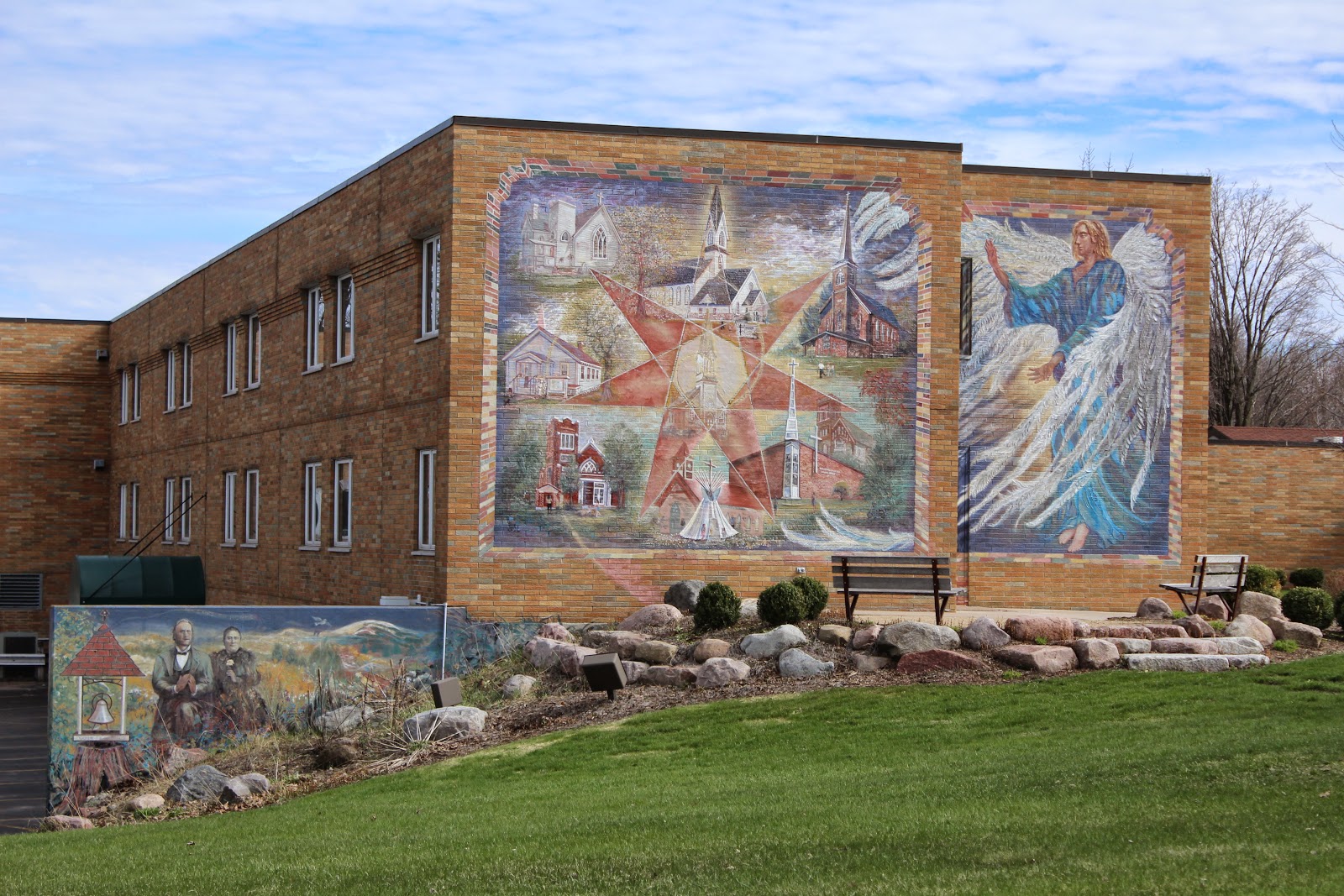 Walls of Wittenberg: Foundations of Faith

Early and current churches of the community, sheltered by a guardian angel, grace the north wall of the Homme Home of Wittenberg on Reed Street. Rom Rojas of Door County, Wisconsin, immersed himself in the history of the local churches, including the Ho-Chunk Nations, to accurately depict these foundations of faith. This was completed in spring of 2006.

The mural is located on the north side of a building on the grounds of Homme Home, at the intersection of Howard Street and West Reed Street, Wittenberg, Wisconsin 54499.

As early as 1970, when he was only [sic] years old, he began his studies at the National Art Academy in Caracas.

Ram was chosen to travel to the United States. Following extensive study in Los Angeles he participated in shows in Los Angeles, New York and West Virginia where his art is on permanent display. Despite his young age, an international publishing company took notice of his talent and took him to Europe--predominantly Florence--to study classical art, then on to India where he mastered the fine techniques of oriental art. Ram's works were published in books and multi-language publications around the world, illustrating the history, religion, art, mythology, philosophy and science of world cultures.

Ram's subjects range from beautiful classical oils to impeccably rendered watercolors. Capable of working with the artistry of an airbrush, his delicate drawings and portraits as well as frescos and sculpture confirm his patience and knowledge of natural beauty and technique.

Most recently Ram conceived and painted The Foundation of Faith fresco. This historical mural, honoring the spiritual birth of the village of Wittenberg, WI, portrays a larger-than-life angel embracing three cherubs amongst a myriad of other symbols. Rojas is a Director of Student Artist Internships for the University of Wisconsin-Stevens Point and in this position he will supervise students painting murals.

While sustaining community involvement, Mr. Ram Rojas fervently continues his work, confirming his endless patience and commitment to art, in his studio in Sturgeon Bay, WI. 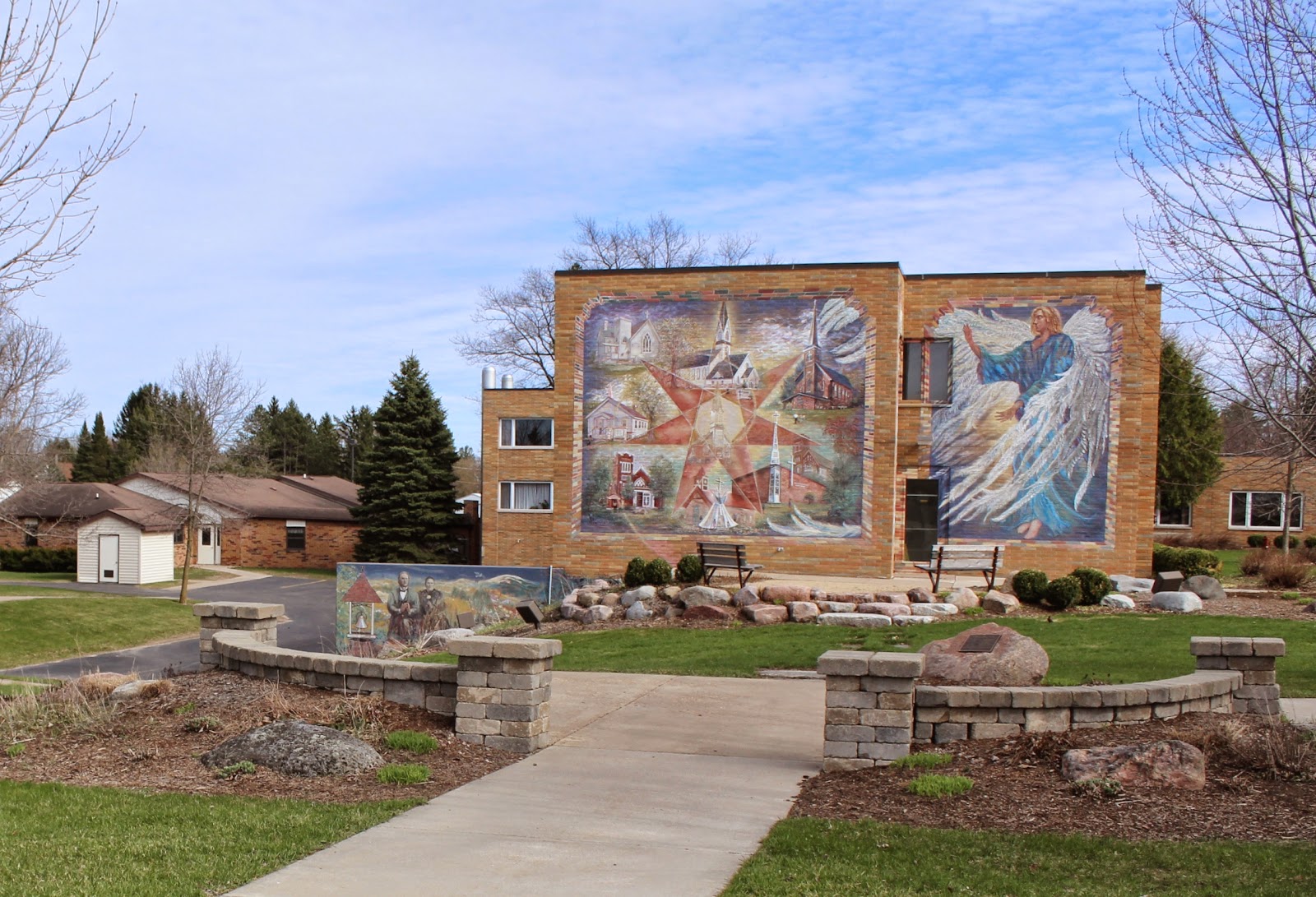 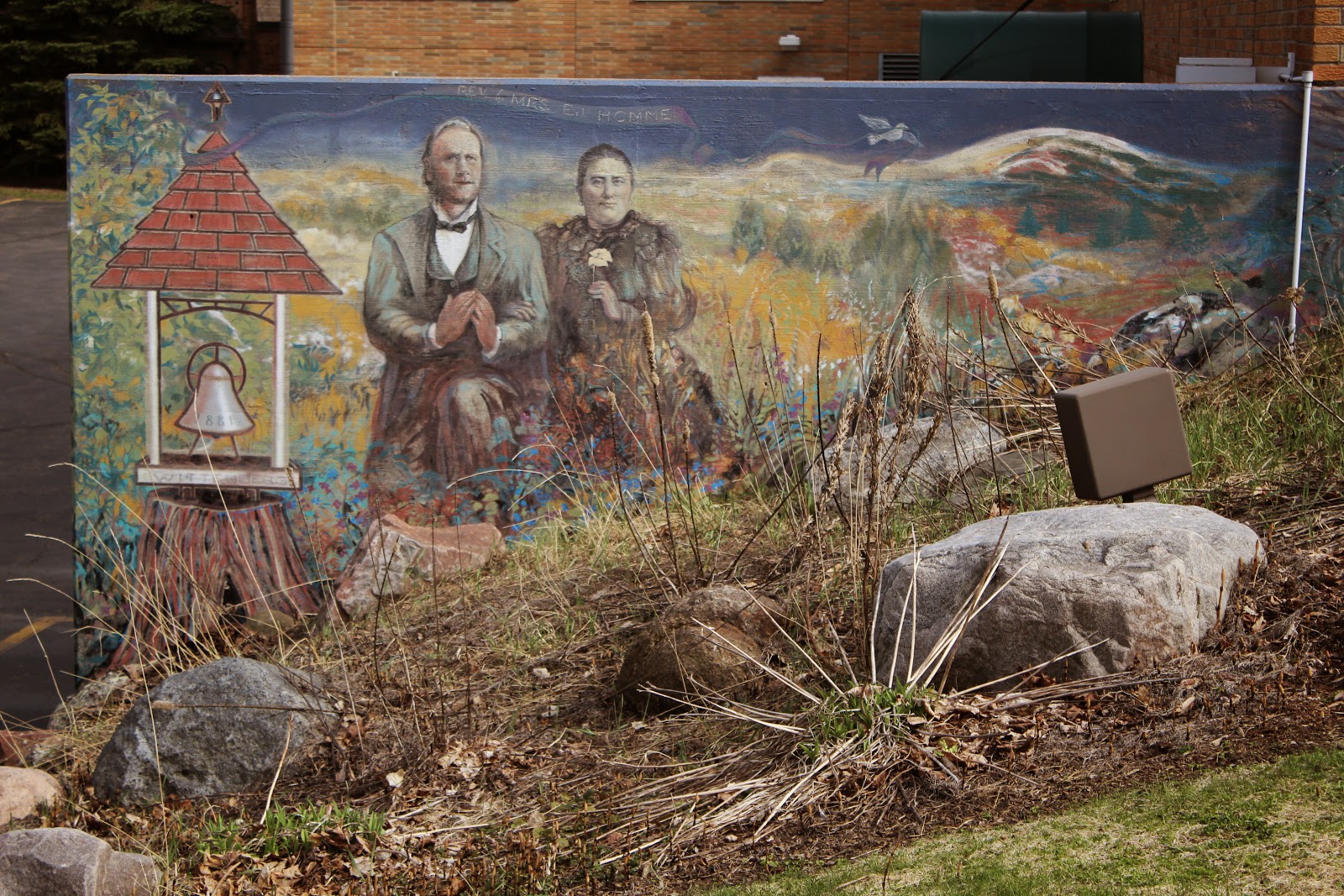 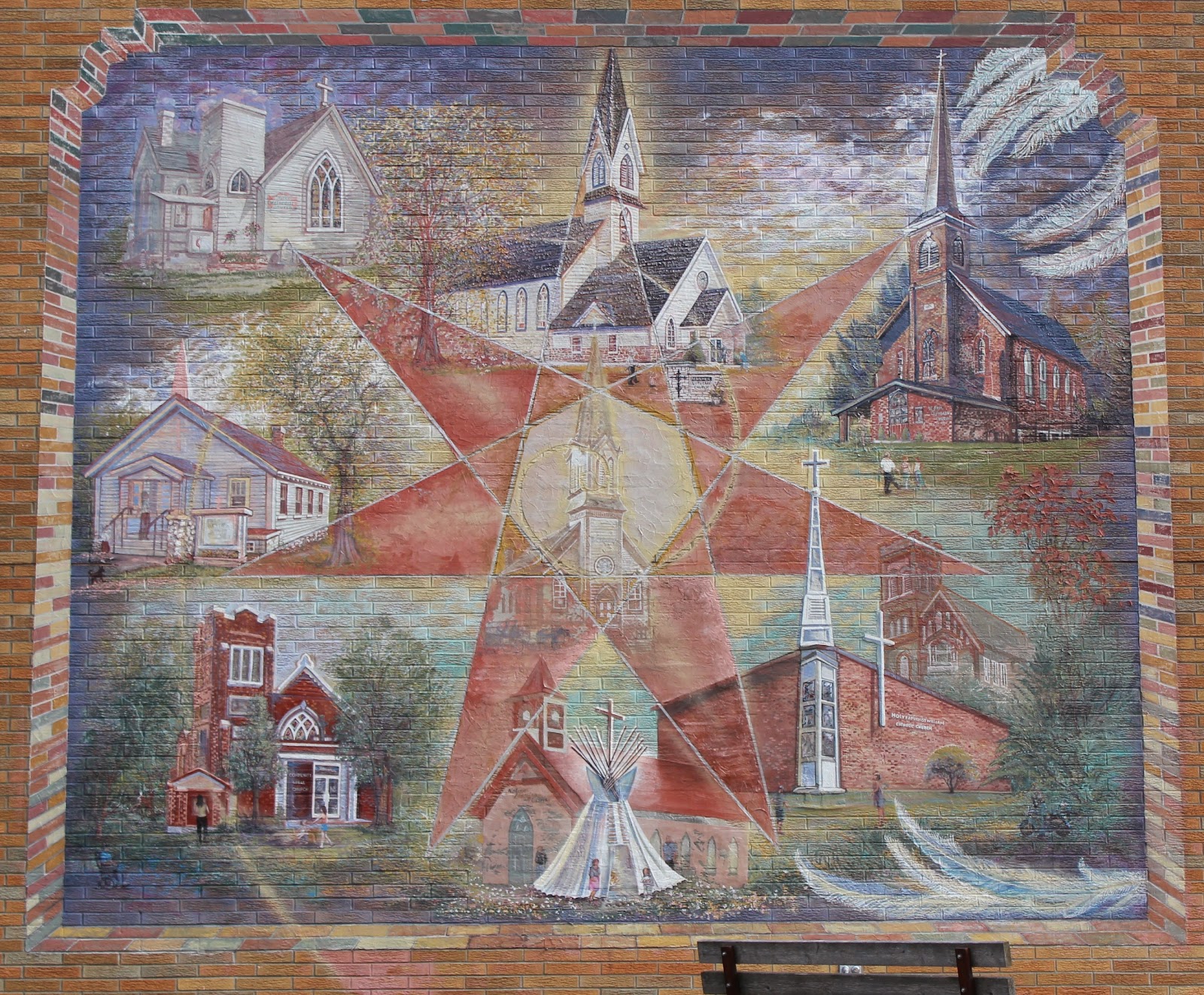 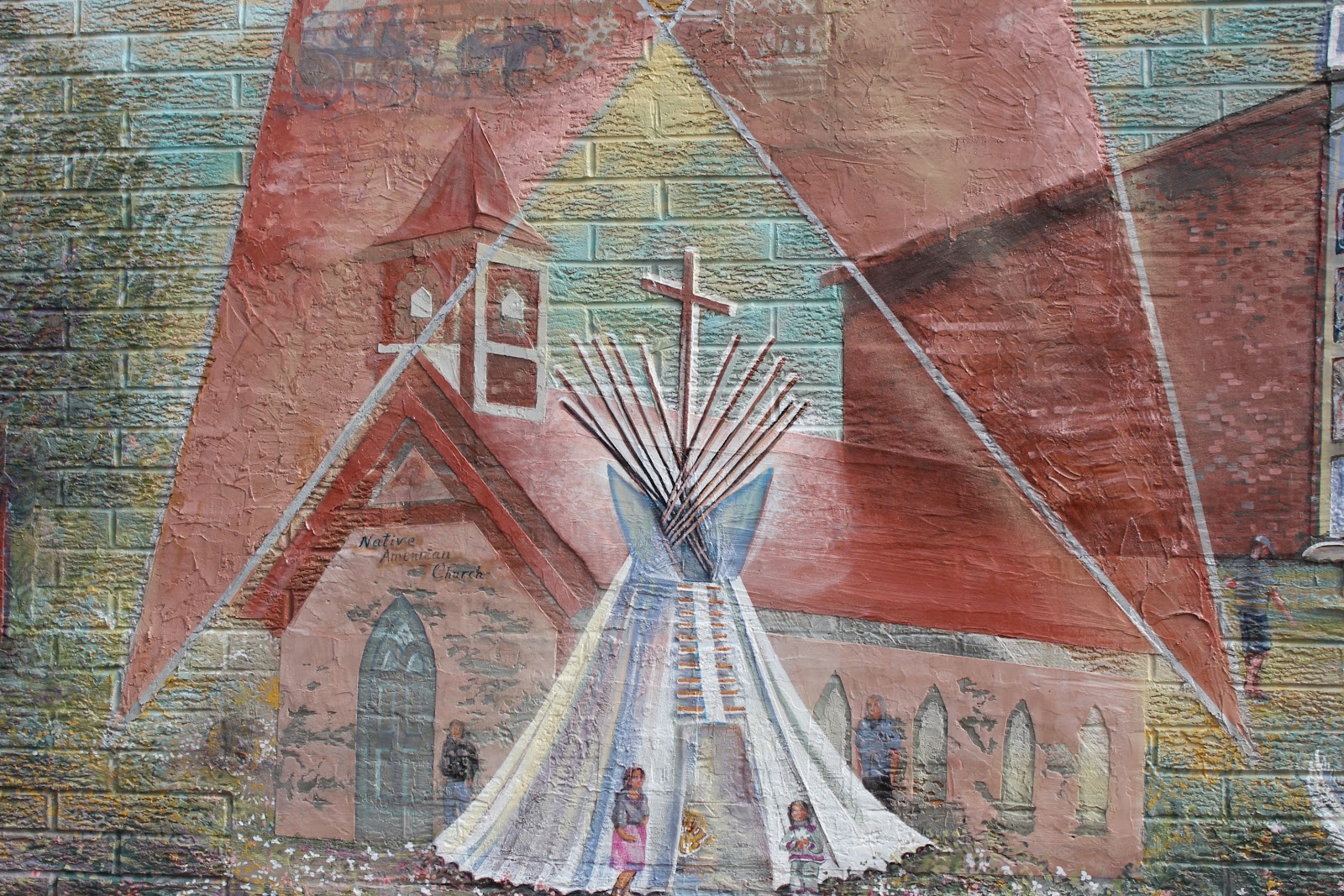 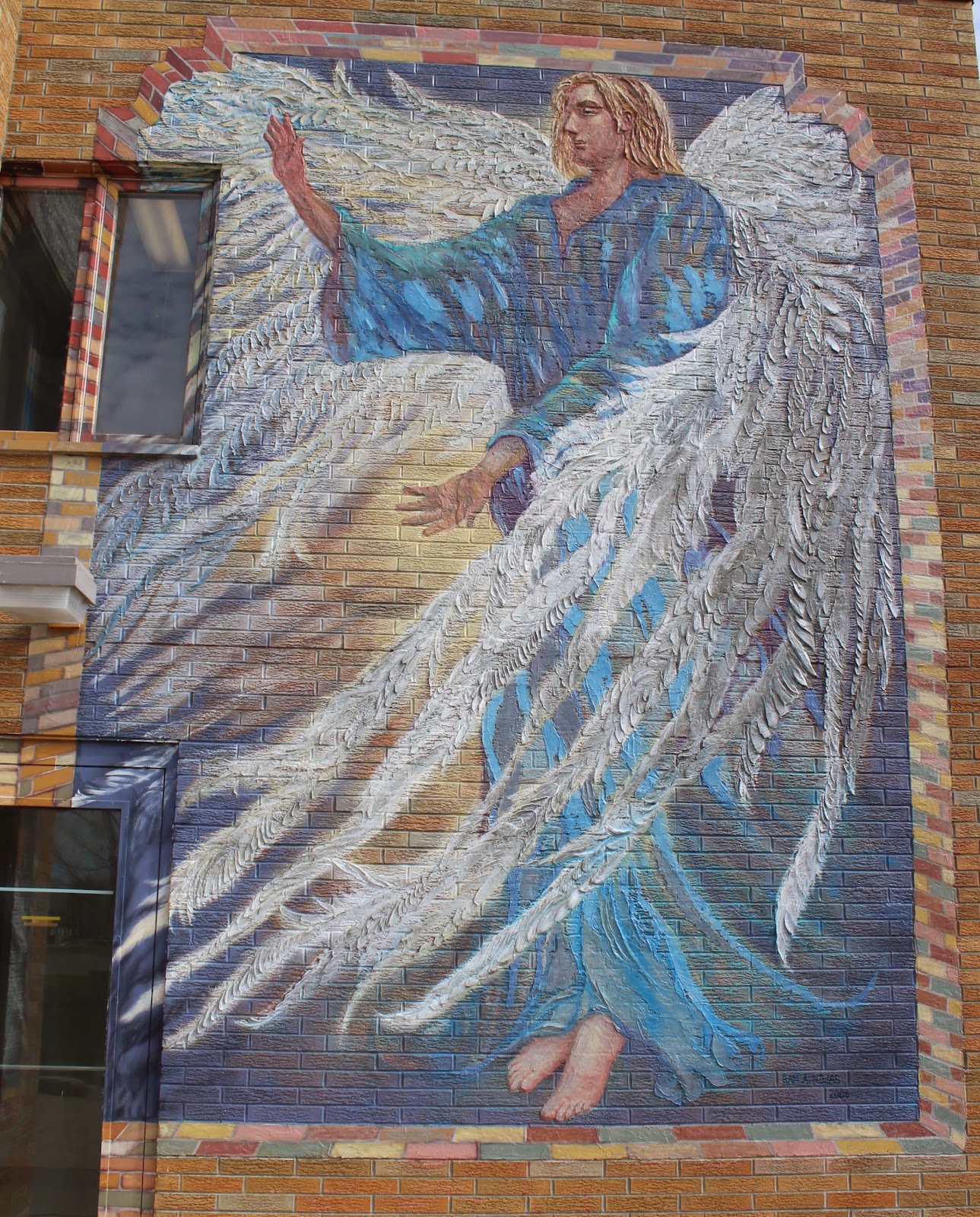 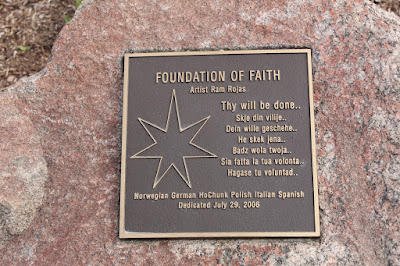 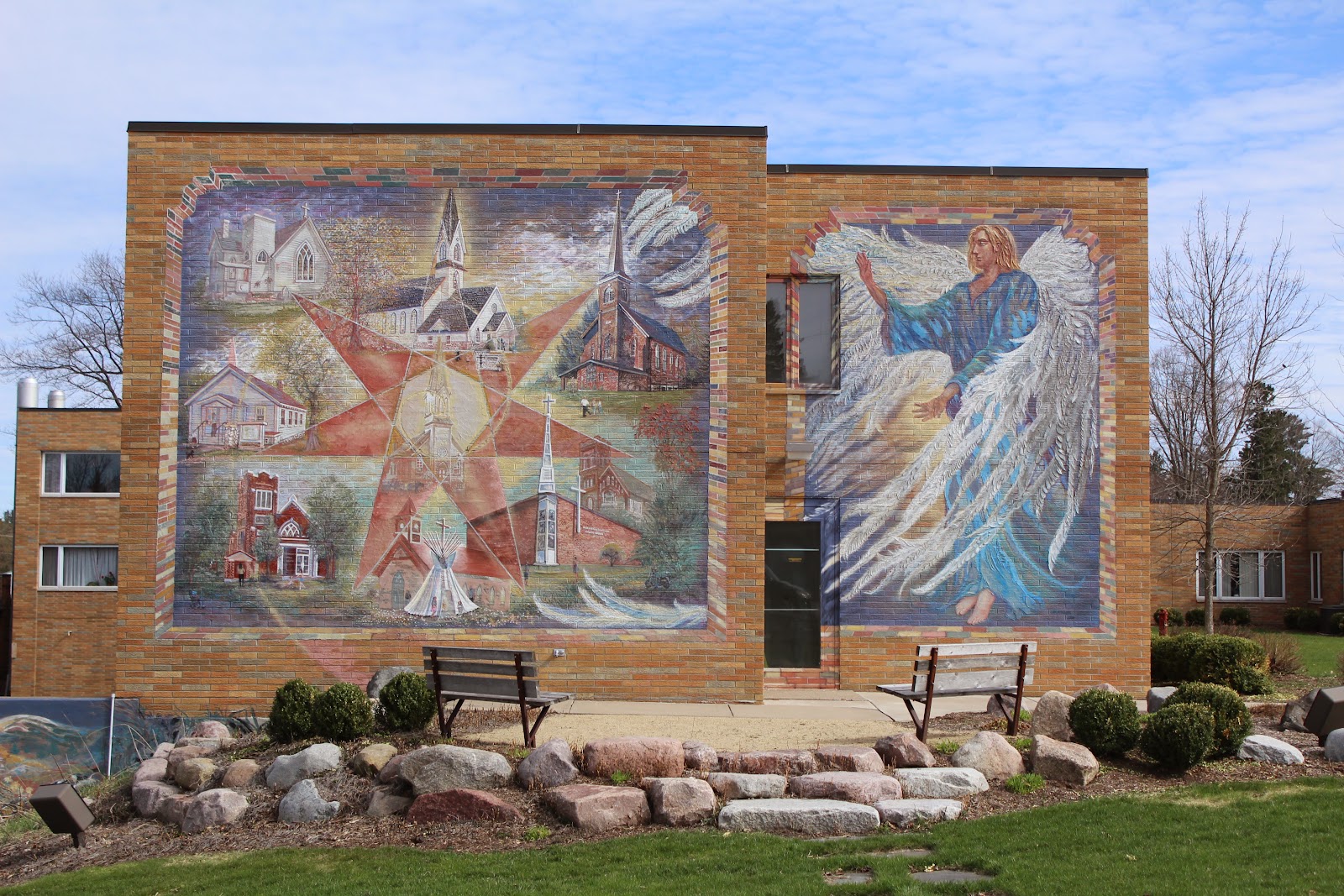 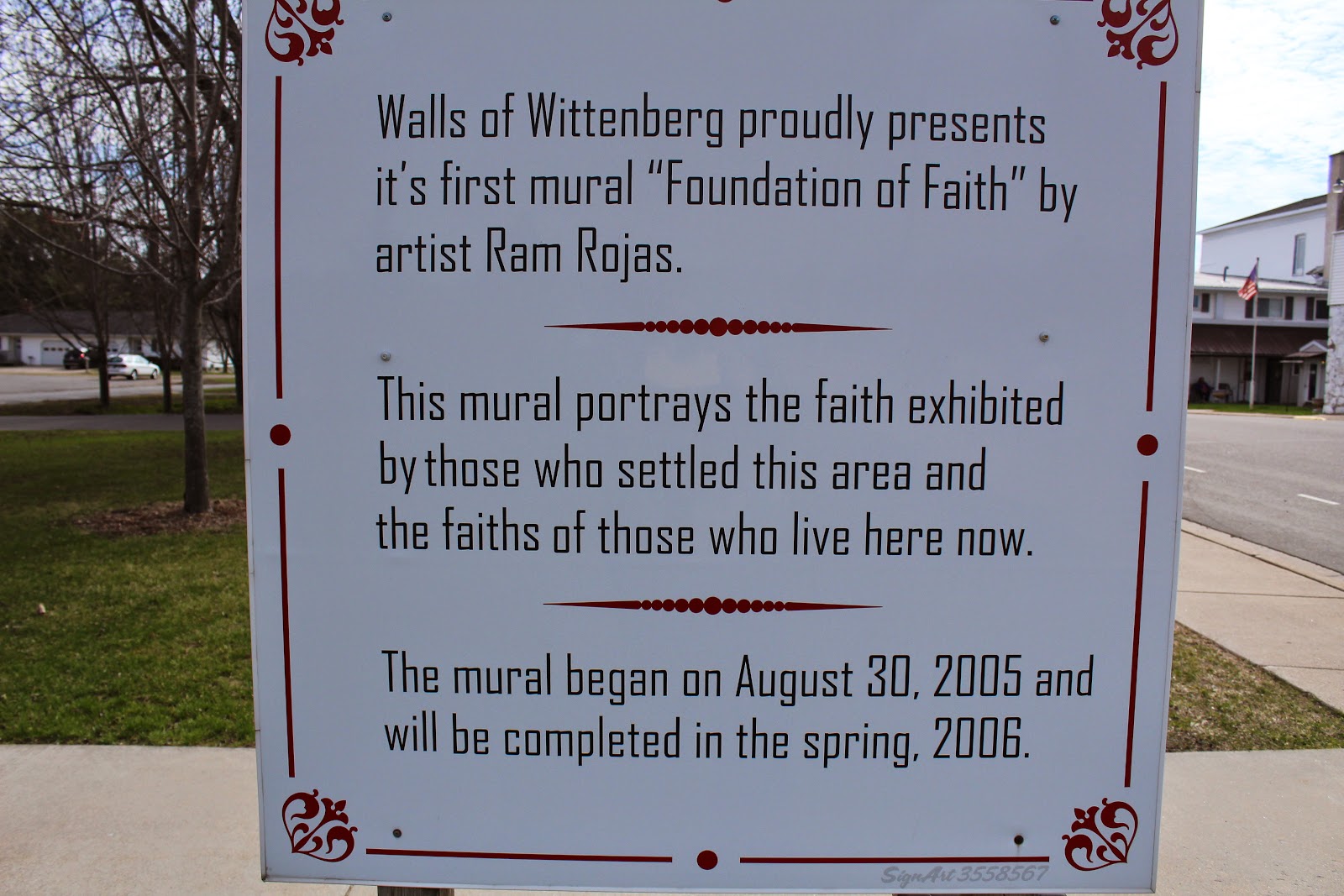 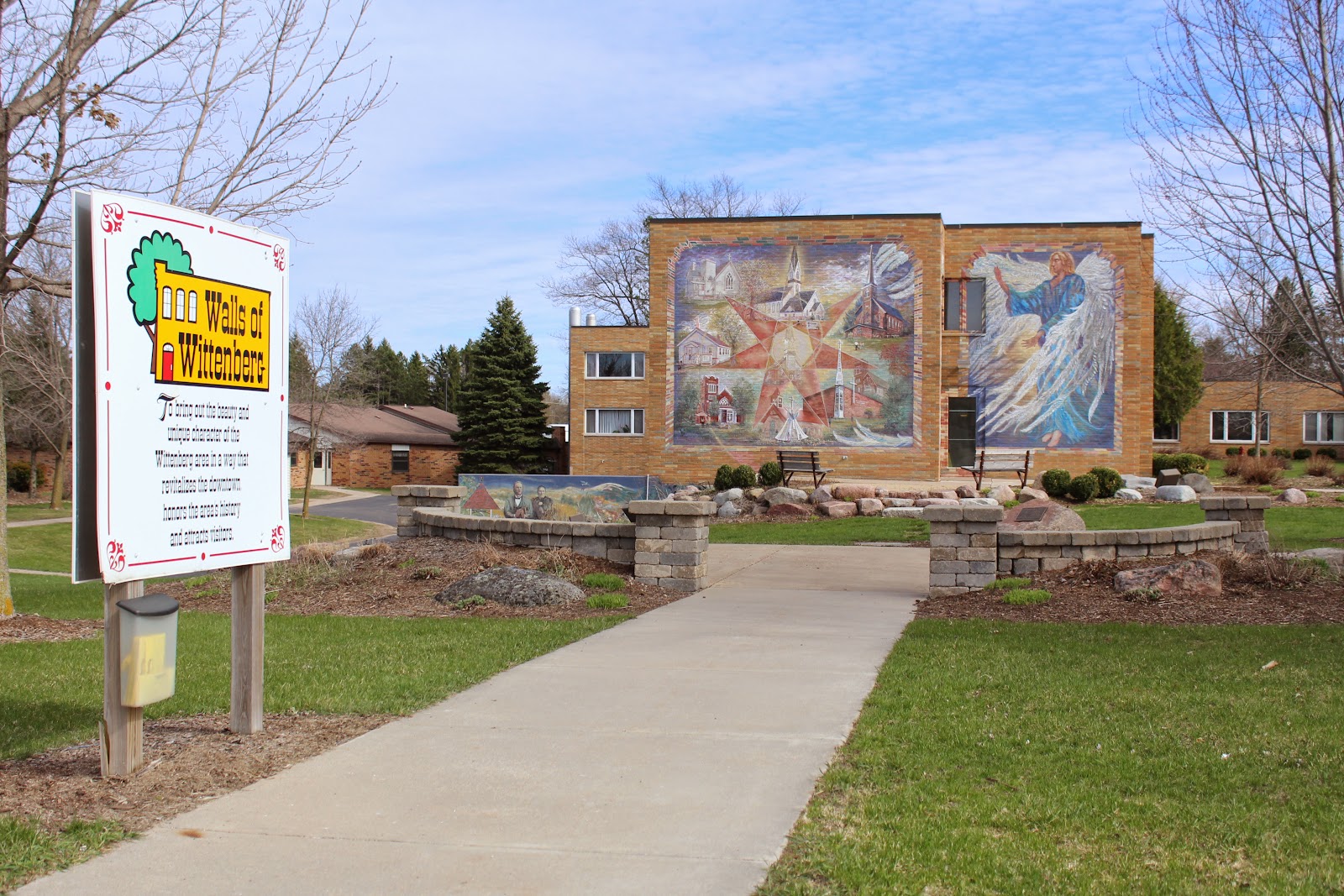 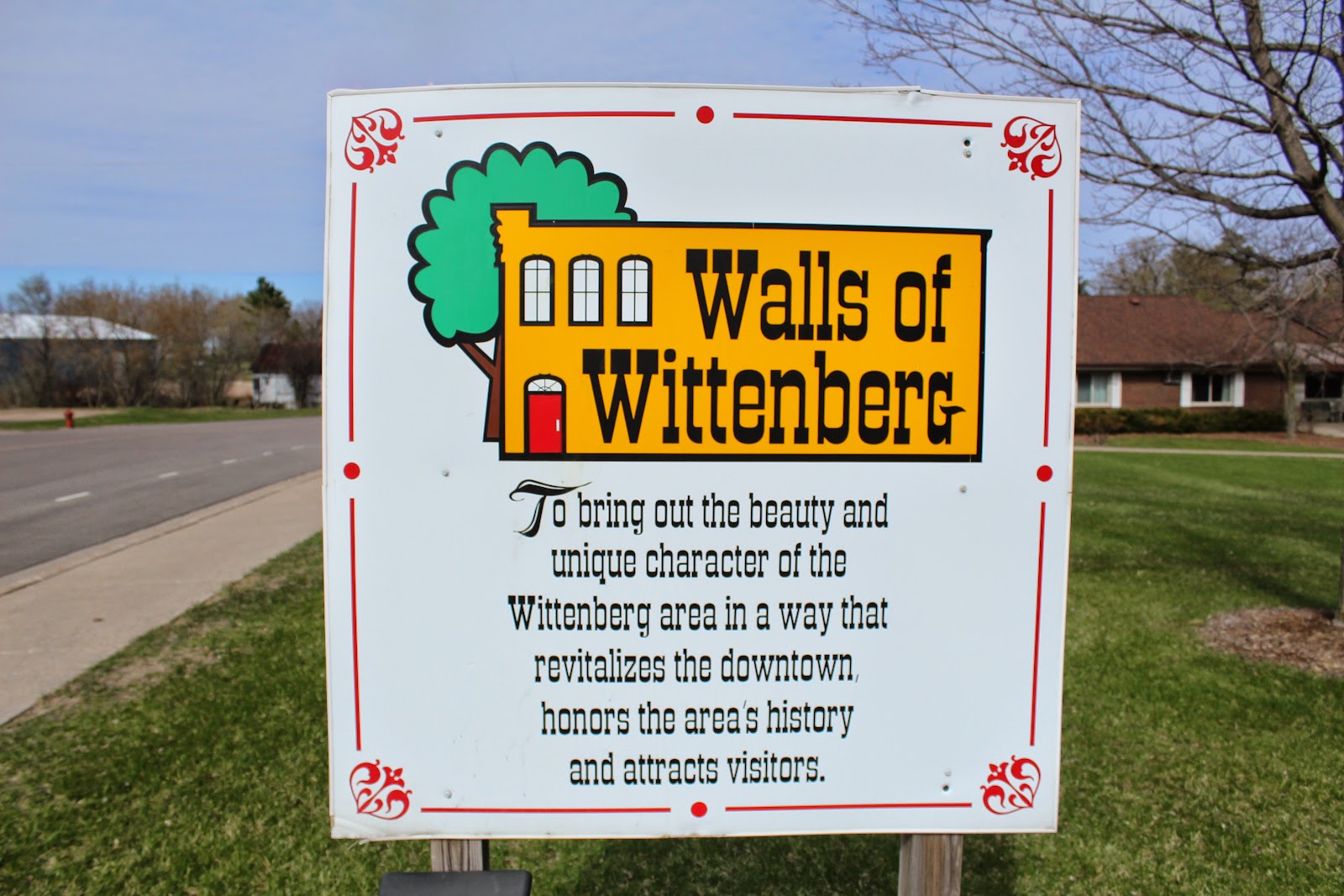 Walls of Wittenberg are located in Wittenberg, Wisconsin.