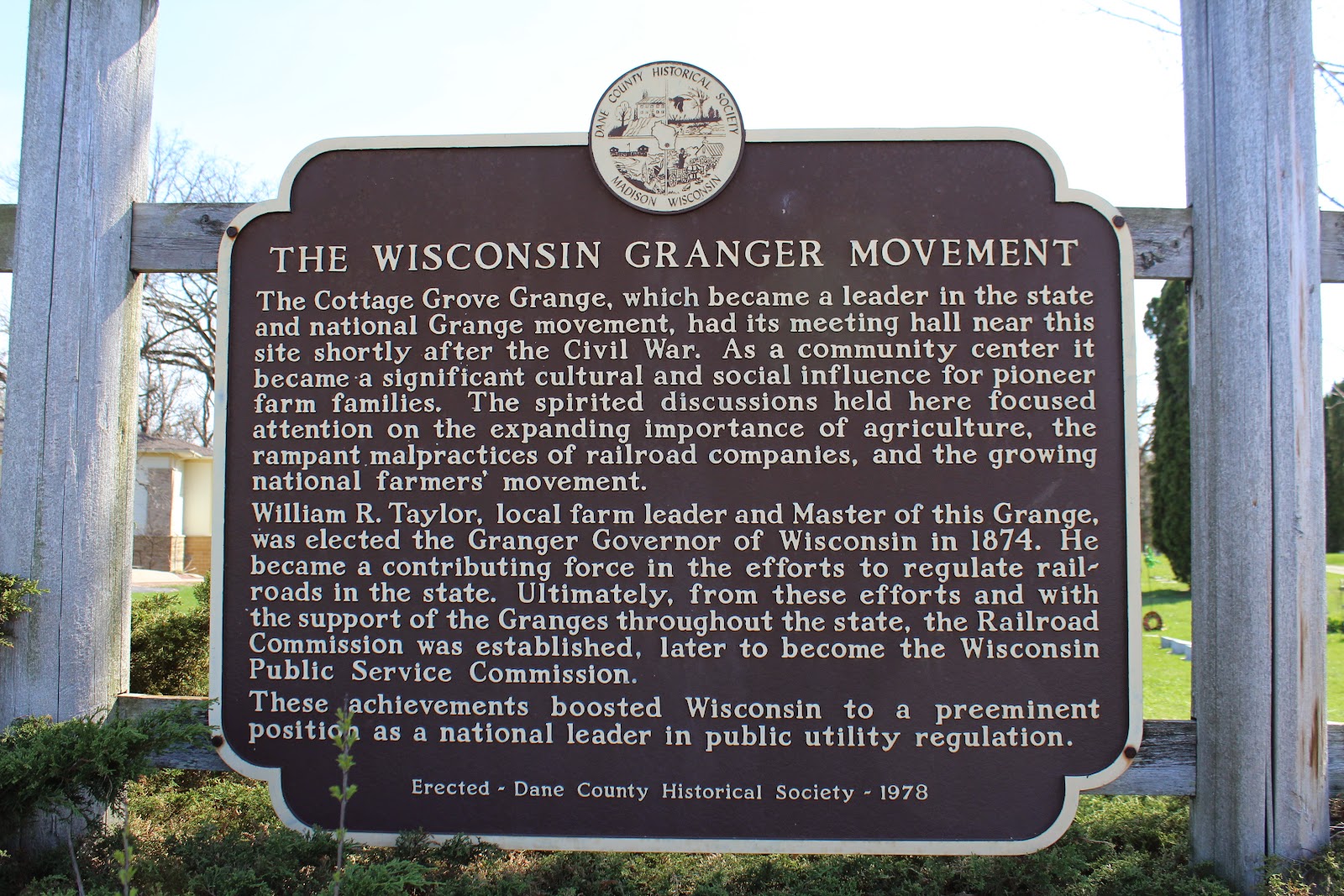 The Cottage Grove Grange, which became a leader in the state and national Grange movement, had its meeting hall near this site shortly after the Civil War. As a community center it became a significant cultural and social influence for pioneer farm families. The spirited discussions held here focused attention on the expanding importance of agriculture, the rampant malpractices of railroad companies, and the growing national farmers' movement.

William R. Taylor, local farm leader and Master of this Grange, was elected the Granger Governor of Wisconsin in 1874. He became a contributing force in the efforts to regulate railroads in the state. Ultimately, from these efforts and with the support of the Granges throughout the state, the Railroad Commission was established, later to become the Wisconsin Public Service Commission.

These achievements boosted Wisconsin to a preeminent position as a national leader in public utility regulation.

Wikipedia: The National Grange of the Order of Patrons of Husbandry


The Grange, officially referred to as The National Grange of the Order of Patrons of Husbandry, is a fraternal organization in the United States that encourages families to band together to promote the economic and political well-being of the community and agriculture. The Grange, founded after the Civil War in 1867, is the oldest American agricultural advocacy group with a national scope. Major accomplishments credited to Grange advocacy include passage of the Granger Laws and the establishment of rural free mail delivery.

In 2005, the Grange had a membership of 160,000, with organizations in 2,100 communities in 36 states. It is headquartered in Washington, D.C., in a building built by the organization in 1960. Many rural communities in the United States still have a Grange Hall and local Granges still serve as a center of rural life for many farming communities.

This marker is No. 17 in the Dane County Historical Society Markers Series. 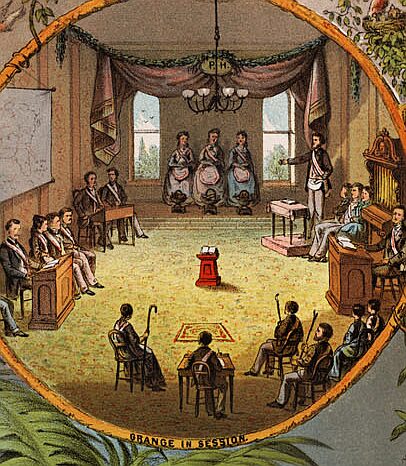 Grange meeting, by J. Hale Powers 1873
This media file is in the public domain.
Click here for more information. 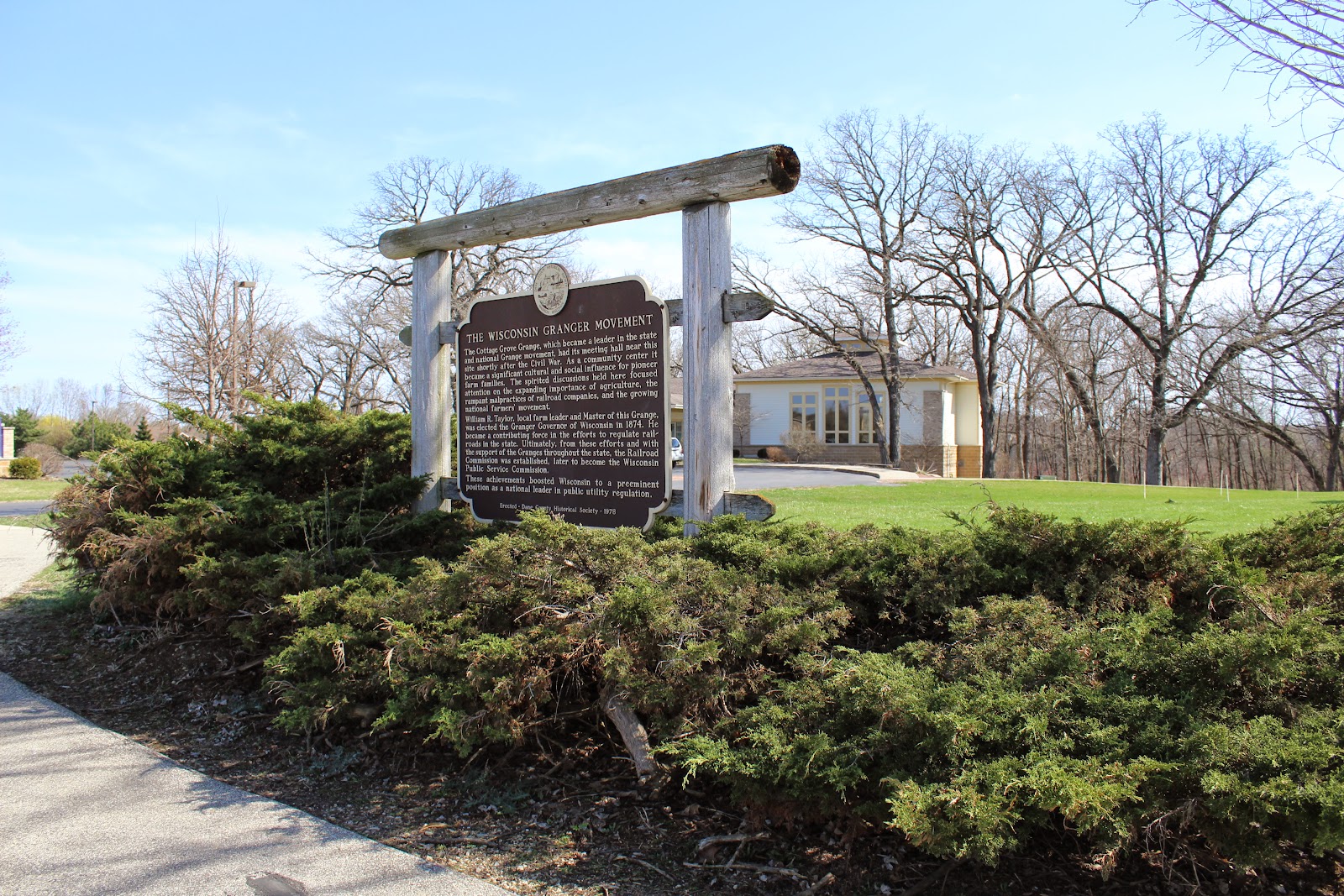 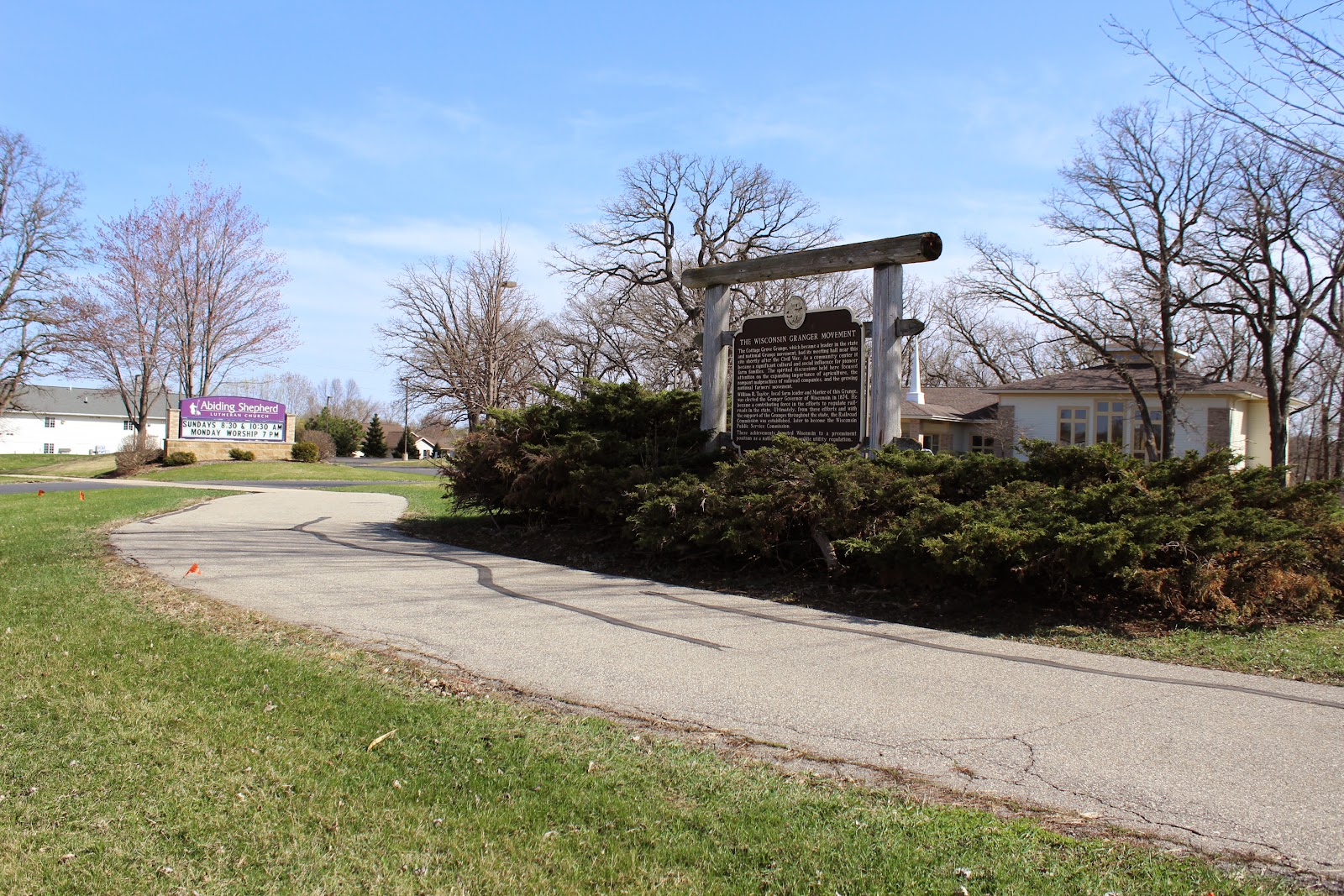 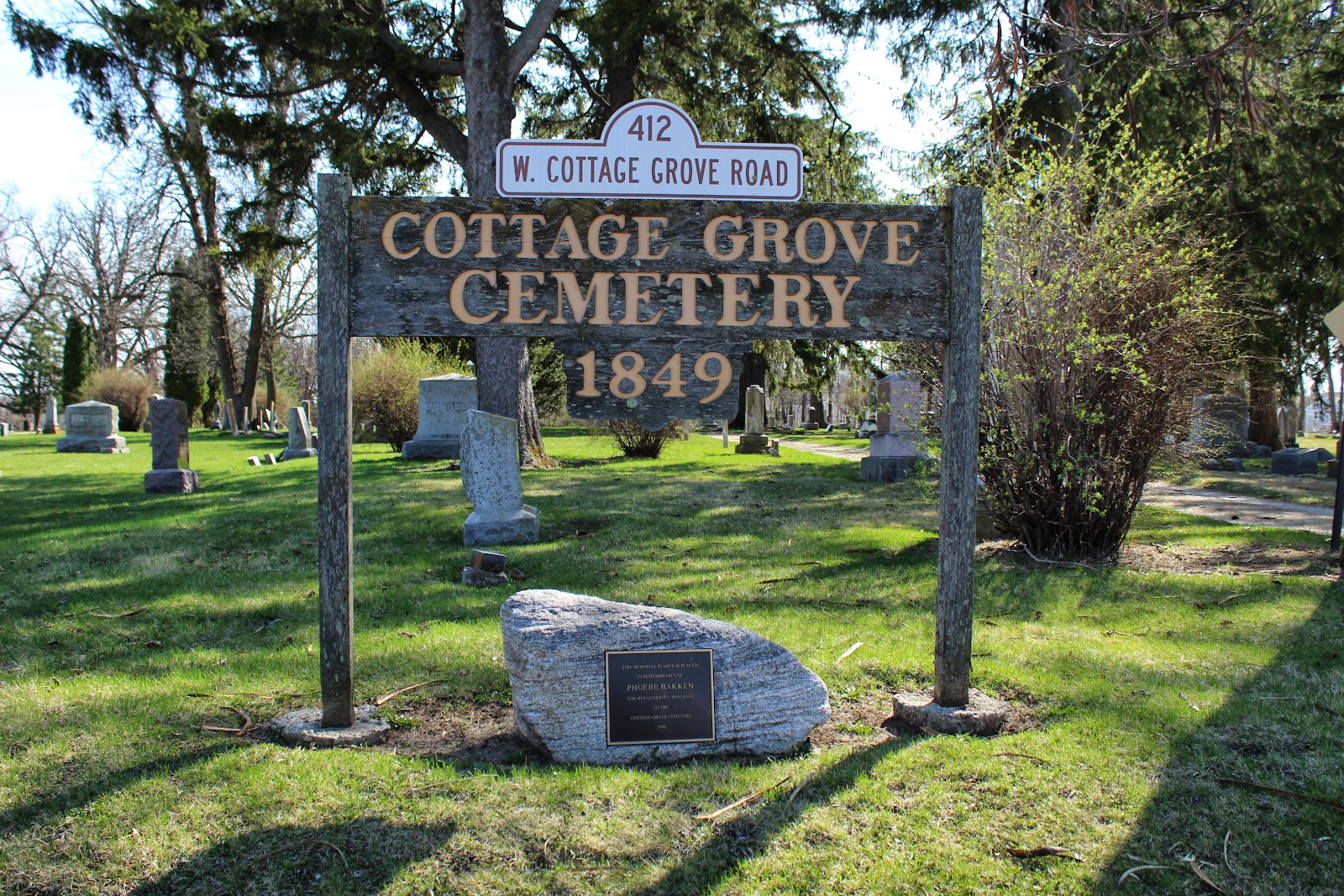 The marker is to the left of the entrance to Cottage Grove Cemetery. 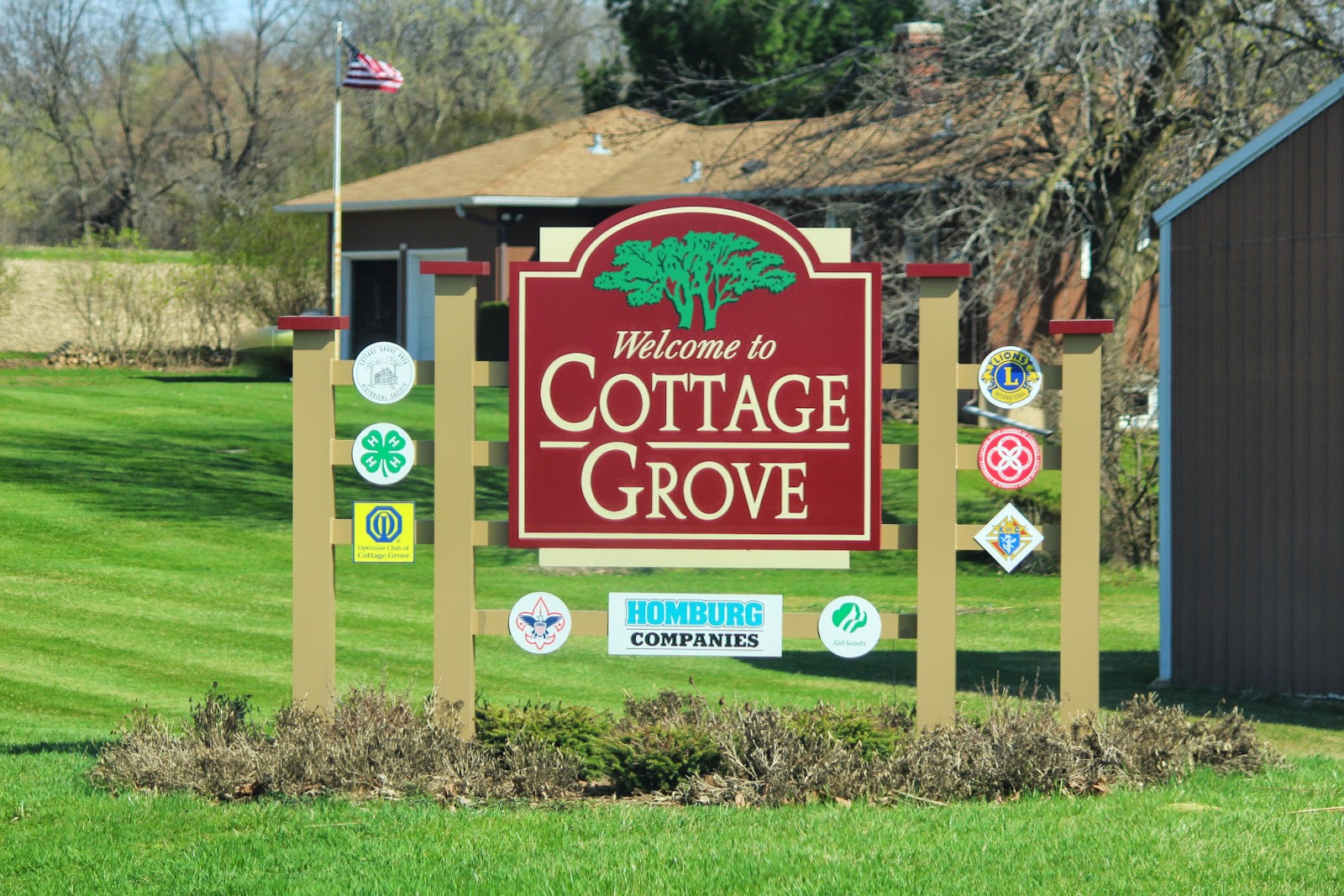 The marker is located on Cottage Grove, Wisconsin.