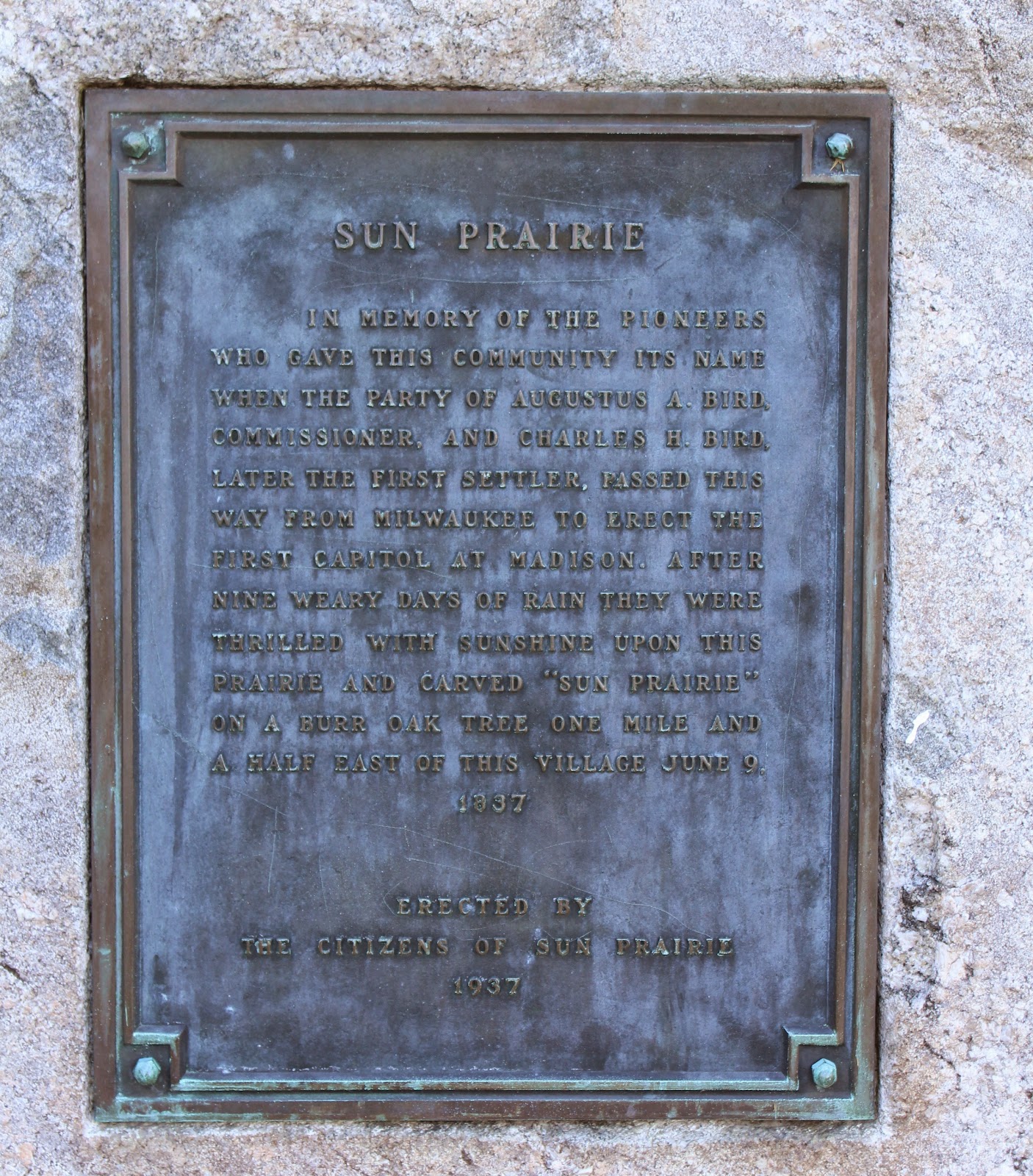 In memory of the founders who gave this community its name when the party of Augustus A. Bird,  Commissioner, and Charles A. Bird, later the first settler, passed this way from Milwaukee to erect the first capitol at Madison. After nine weary days of rain the were thrilled with sunshine upon this prairie and carved "Sun Prairie" on a Burr oak tree one mile and a half east of this village June 9, 1837.

The Bird Expedition Part 2: Milwaukee to Sun Prairie
Compiled May 29, 2012 by City of Sun Prairie Historical Library & Museum
A very interesting, more in-depth account of the history behind the marker inscription.

The 1924 red brick building still serves the community as the headquarters of the Museum. Past uses of the building include a library, city offices, the village council chamber, World War II Red Cross center, and as the original site of the Colonial Club. 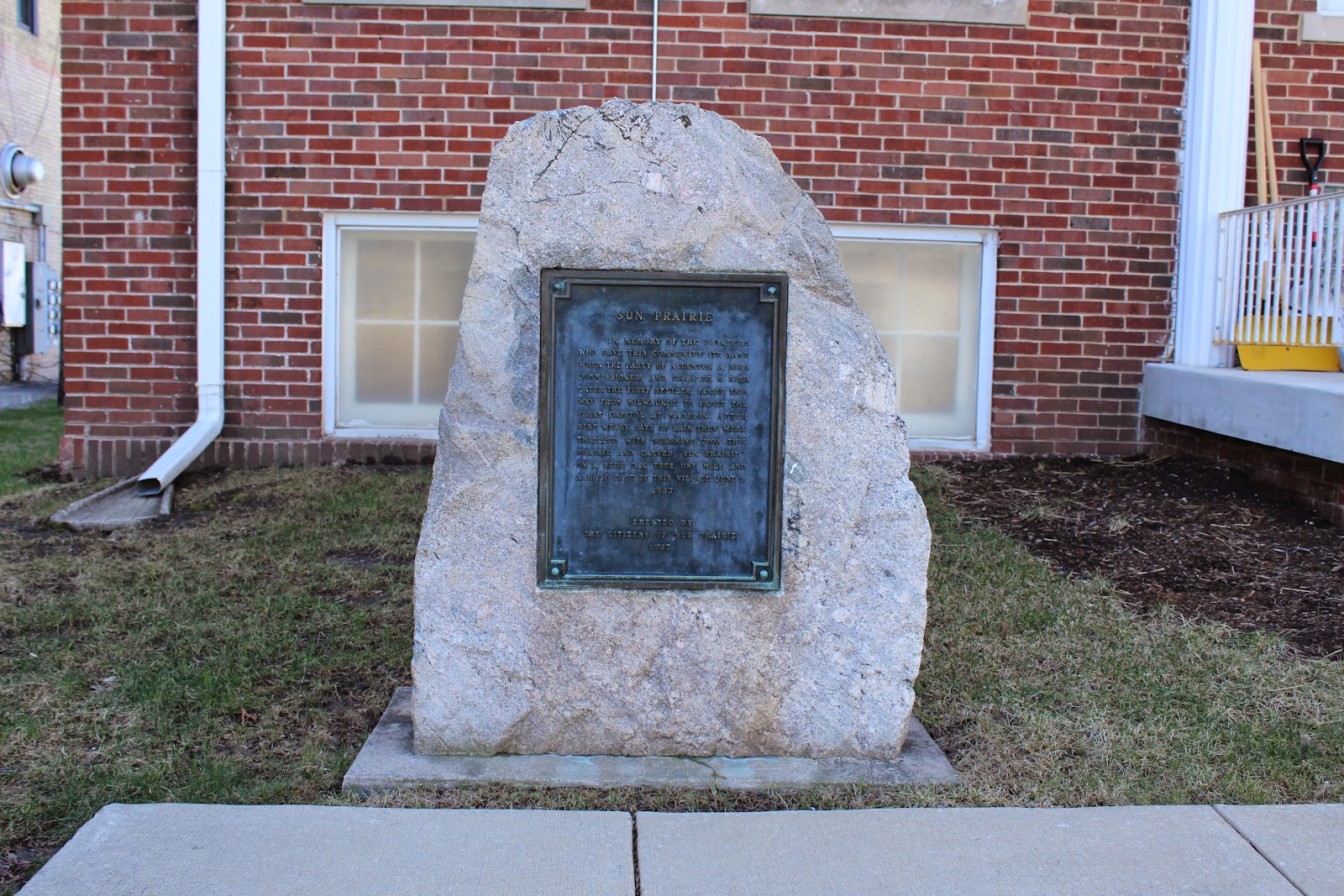 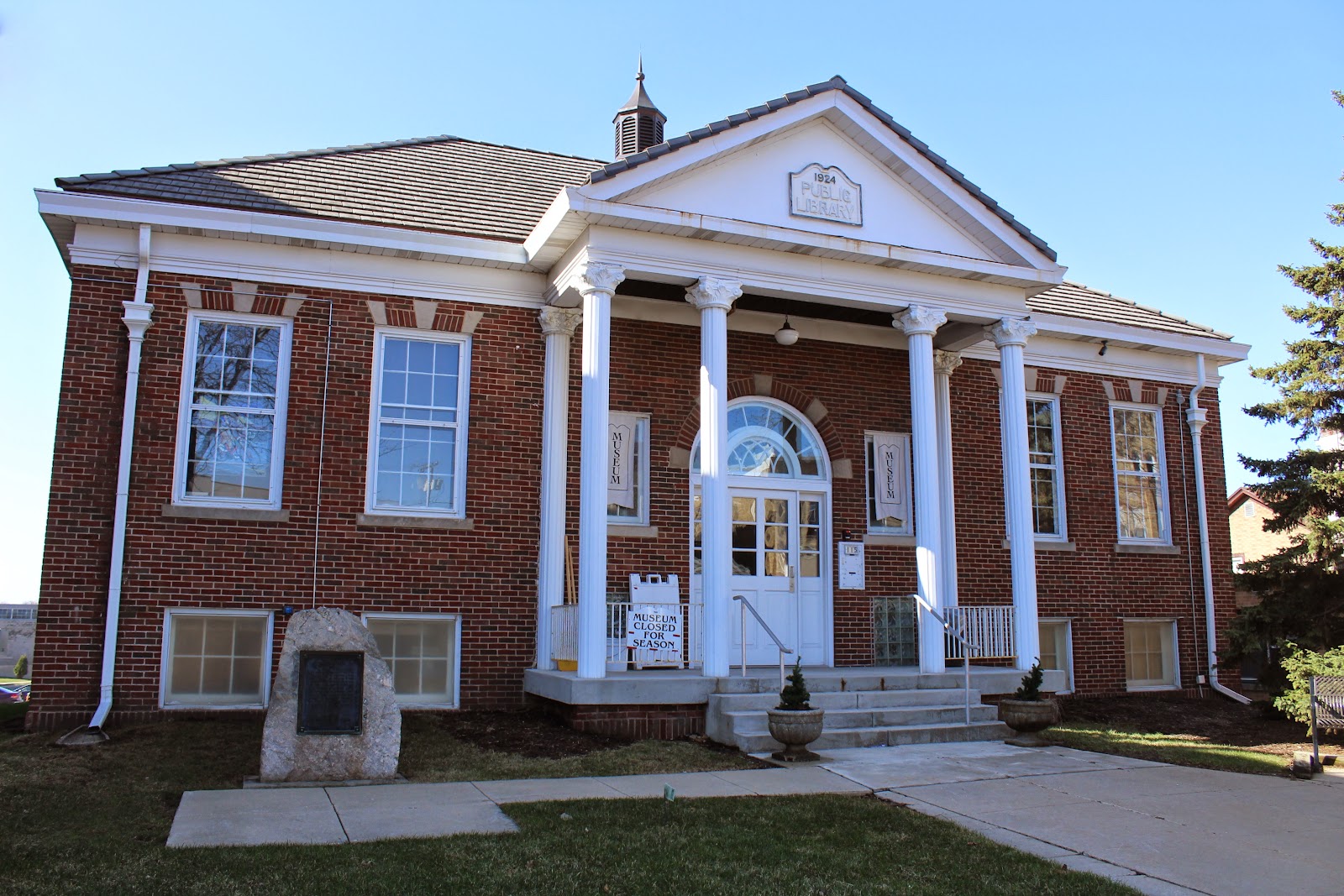 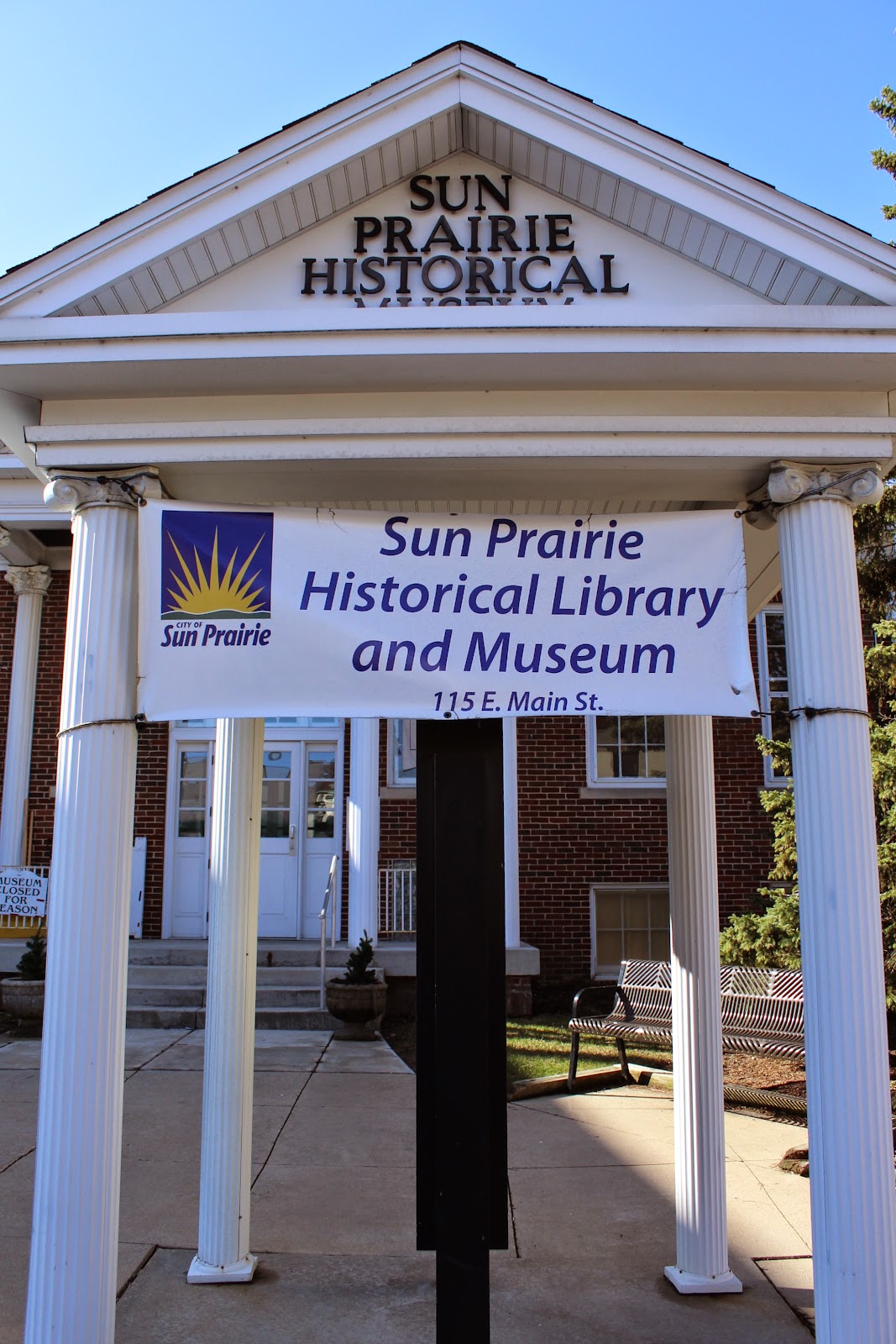 The marker is located at the Sun Prairie Historical Library and Museum.