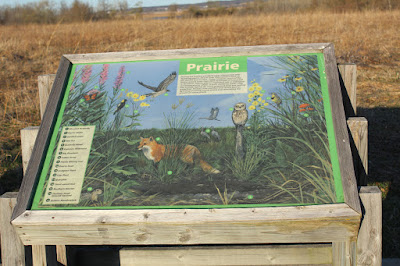 Prairies are treeless grassland areas interspersed with flowering plants. At one time, they covered much of the world's land surface. Today, however, much of the former prairie lands have been developed or converted to farmland. Prairies plan an important role in stabilizing soil temperatures, which, in turn, conserves water. They also provide habitat for many grassland birds and nesting waterfowl. Periodic fires maintain and renew prairies by killing incoming woody plants and stimulating the growth of native plants. 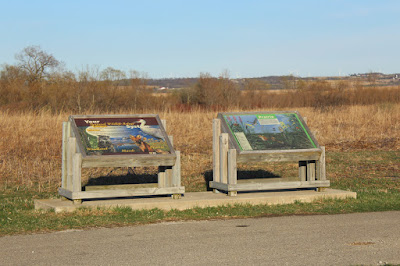 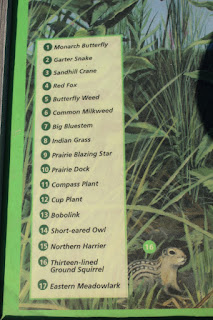 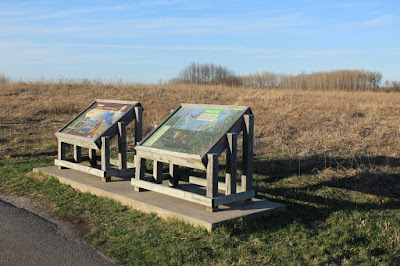 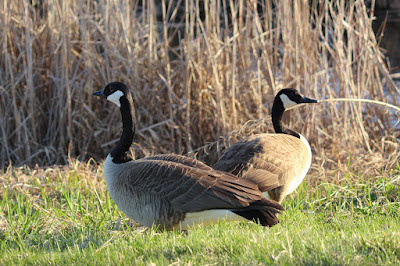 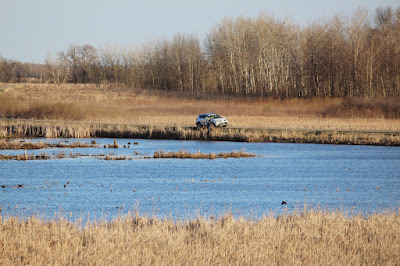 Looking southeast across the marsh. 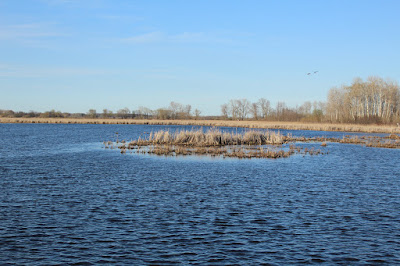 Nearby view of the marsh (above and below), looking northwest. 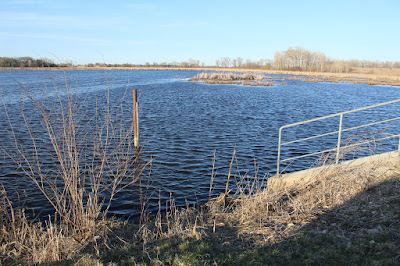