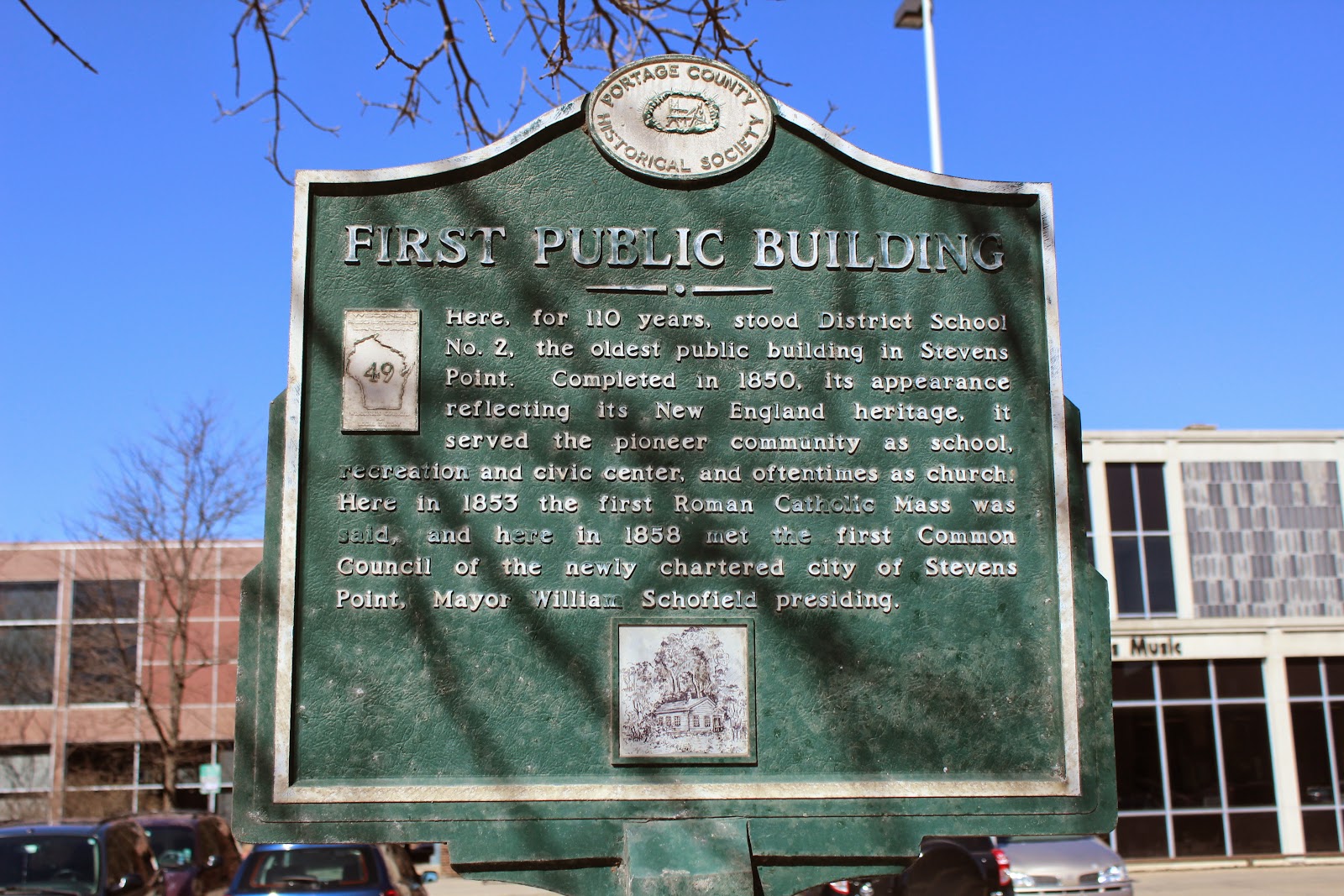 Here, for 110 years, stood District School No. 2, the oldest public building in Stevens Point. Completed in 1850, its appearance reflecting its New England heritage, it served the pioneer community as school, recreation, and civic center, and oftentimes as church. Here in 1853 the first Roman Catholic Mass was said, and here in 1858 met the first Common Council of the newly chartered city of Stevens Point, Mayor William Schofield presiding.

The marker is located on one-way westbound Clark Street / State Highway 66, between Ellis Street and Third Street, in the 1000 block of Clark Street, Stevens Point, Wisconsin 54481. 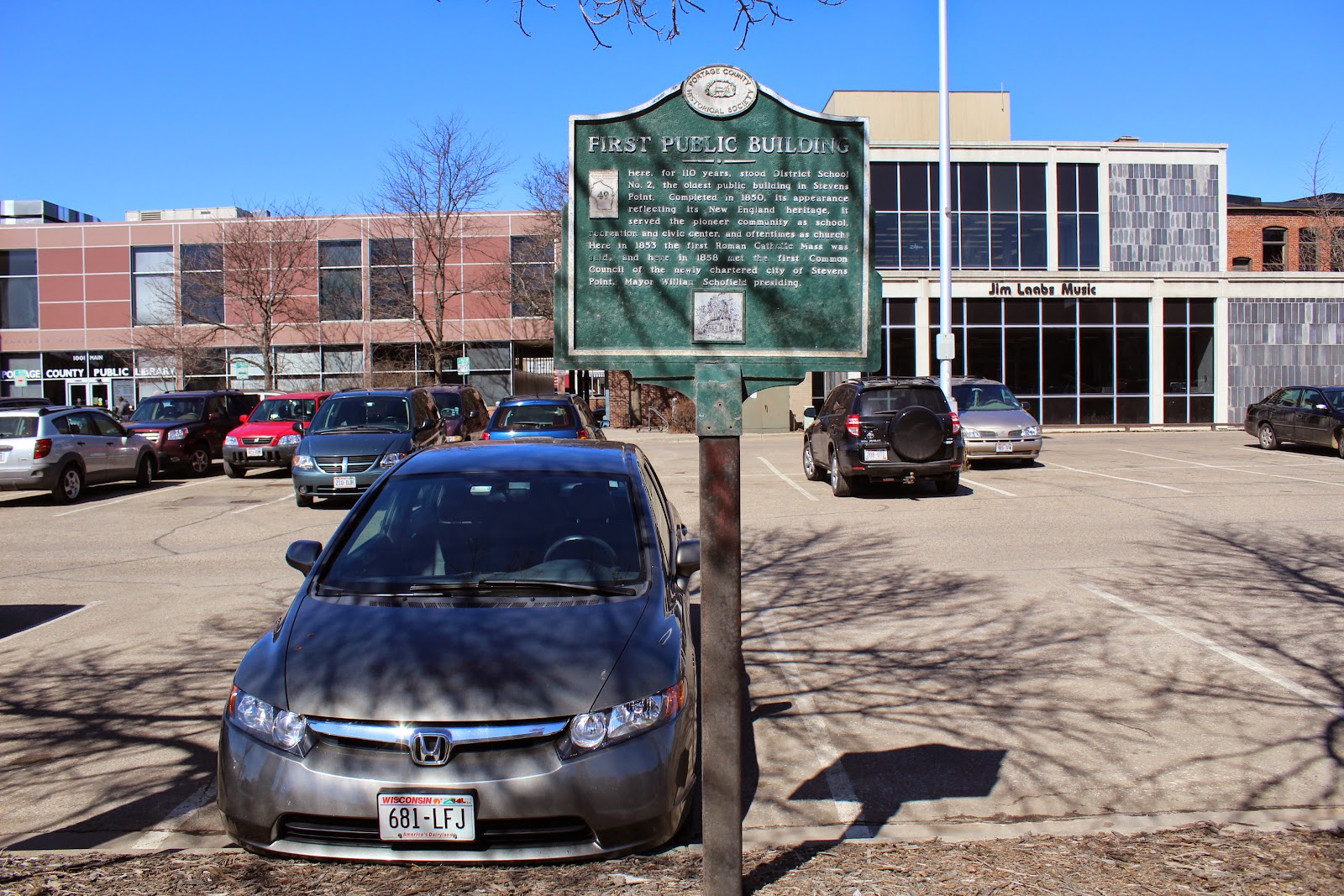 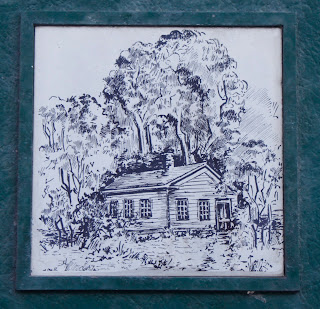 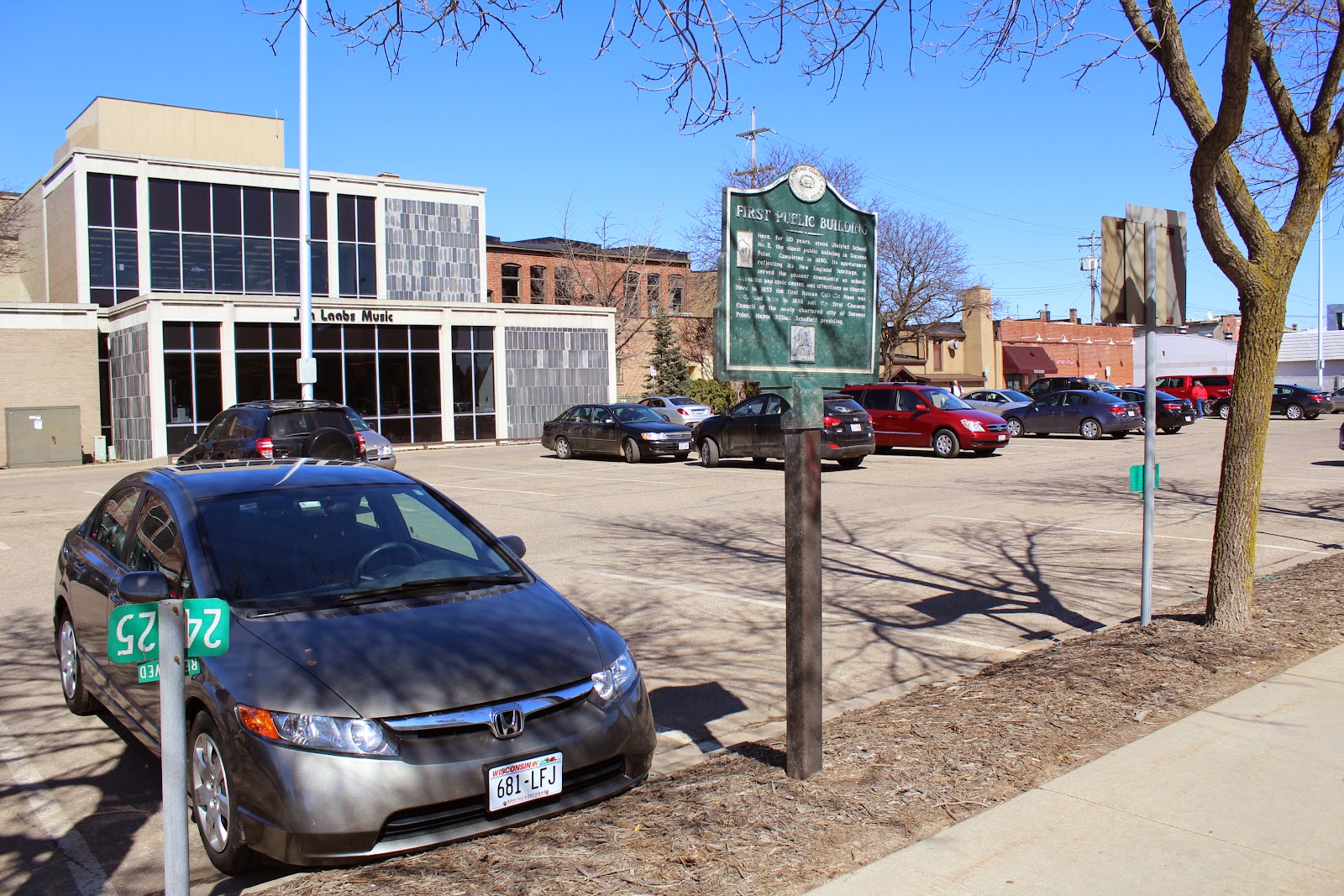 Plenty of parking at this location . . .