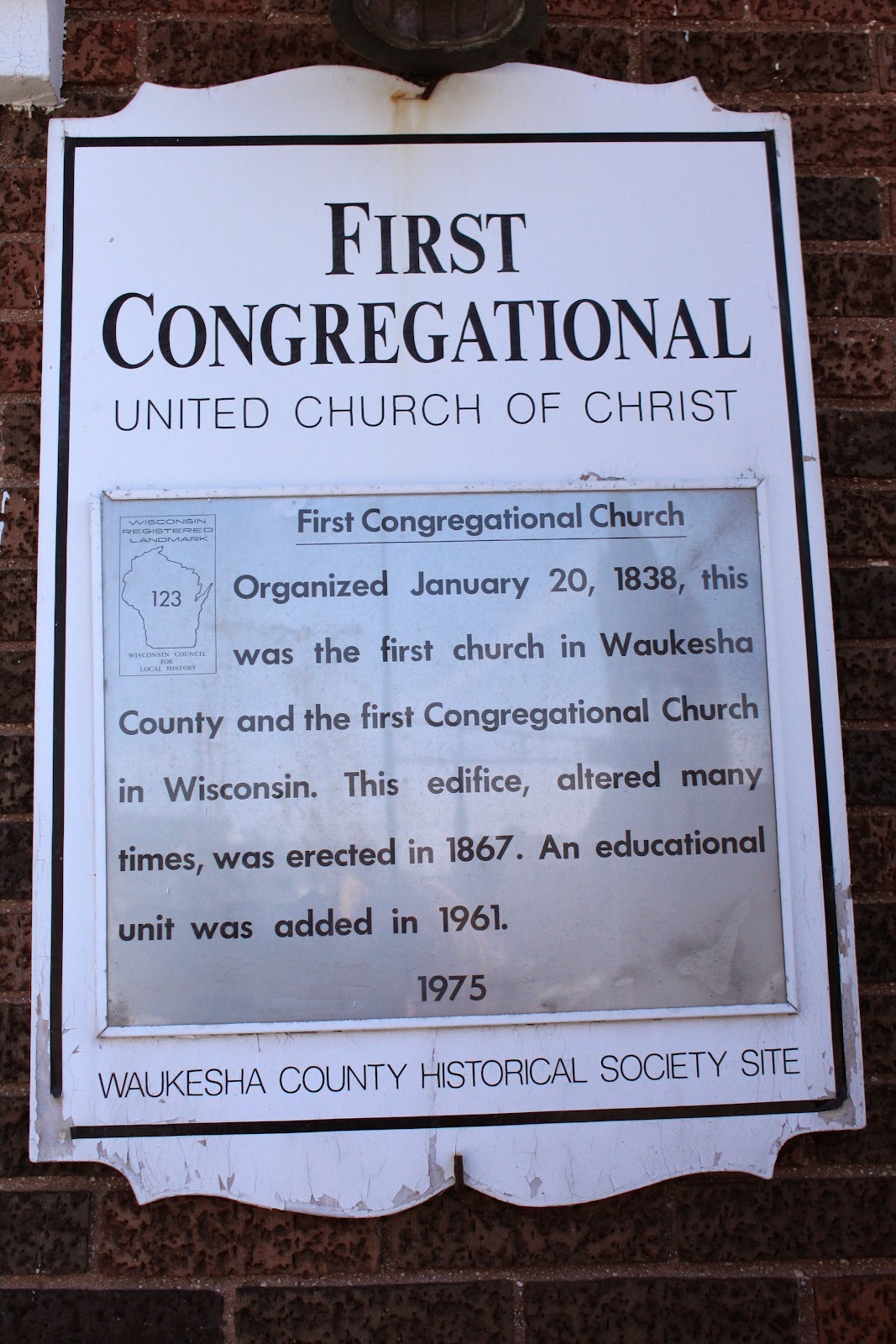 Organized January 20, 1838, this was the first church in Waukesha County and the first Congregational Church in Wisconsin. This edifice, altered many times, was erected in 1867. An educational unit was added in 1968.

NOTE: The marker is at the North East Avenue church entrance.


Originally a frame church building, this structure was veneered with red brick in 1922. The entrance is located in the base of the tower, which is capped by a slender spire which rises from flared eaves. Gable roofed transepts intersect the nave of the church and contain stained glass windows.

Although not the first to hold prayer meetings, the First Evangelical Congregational Church of Prairieville was the first congregation to organize in Waukesha County. The first meeting was held in the log cabin of Robert Love, which was located south of Bethesda Spring, on January 20, 1838. Meetings were held in various homes until May 1839 when they were held in the settlement's log schoolhouse. Later that year, the congregation built the first church in the County at what is now the southeast corner of Maple and Wisconsin Avenues facing Cutler Park. This was also the first Congregational Church in the State of Wisconsin. In 1859, the original church expanded and, seven years later, sold as the congregation built a larger strcuture at the present 709 N. East Avenue. This frame building, completed the summer of 1867, is the basis for the existing building. It was expanded in 1899 when north, south and east wings were added as well as the stained glass windows, In 1922, the frame building was faced with brick. An interior remodeling took place in 1928. The Congregational Church was an early influence on the social fabric of the community. It took an early anti-slavery stand and members of the parish, most notably Lyman Goodnow, were involved in the Caroline Quarrels runaway slave episode in 1842. In 1846, the parish adopted a strong anti-slavery resolution taking the leadership in the anti-slavery movement in Waukesha County. In that same year, the Reverence Ichabod Codding, anoted abolitionist lectureer and later editor of the American Freeman, abolitionist newspaper, became pastor and remained for a year. 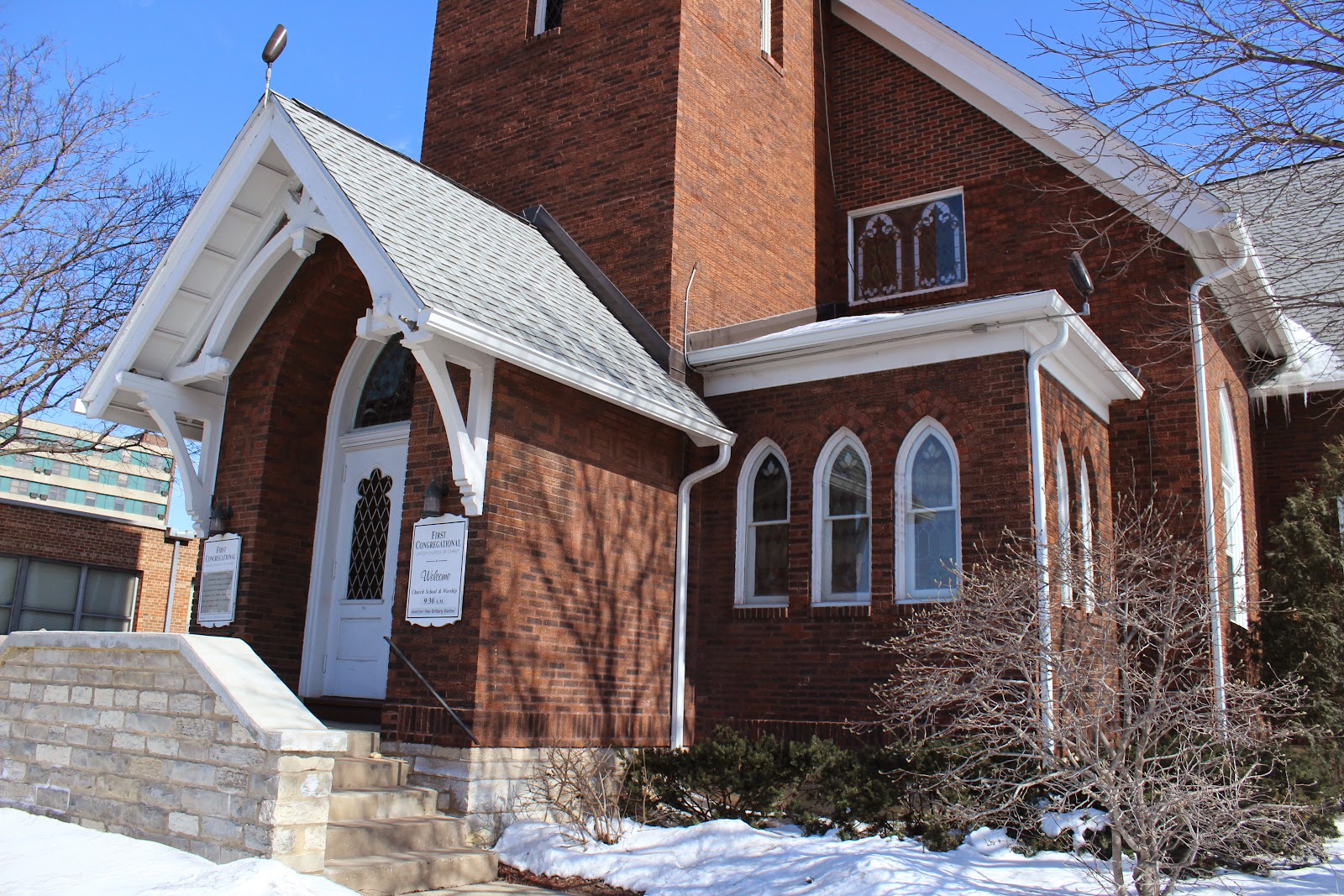 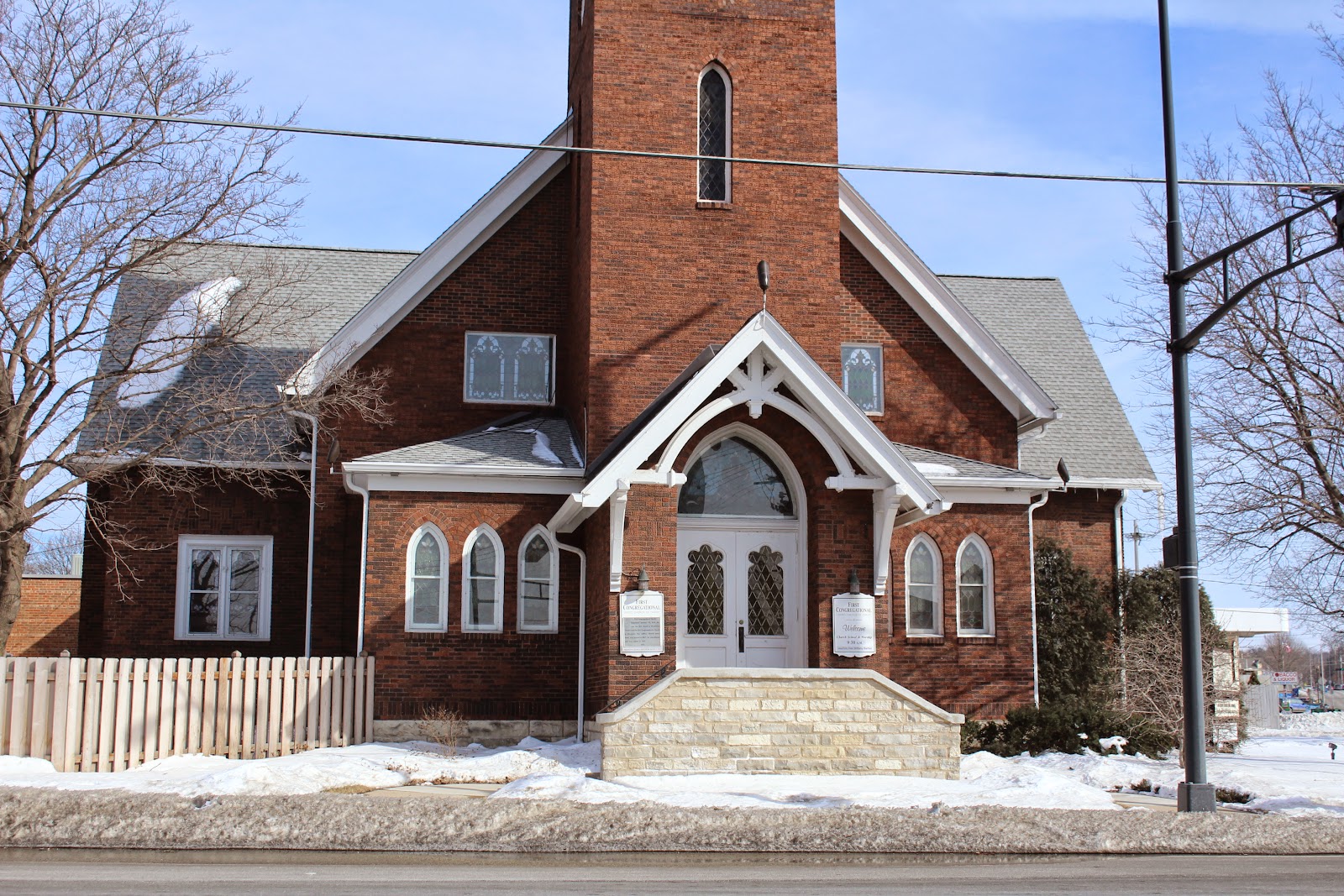 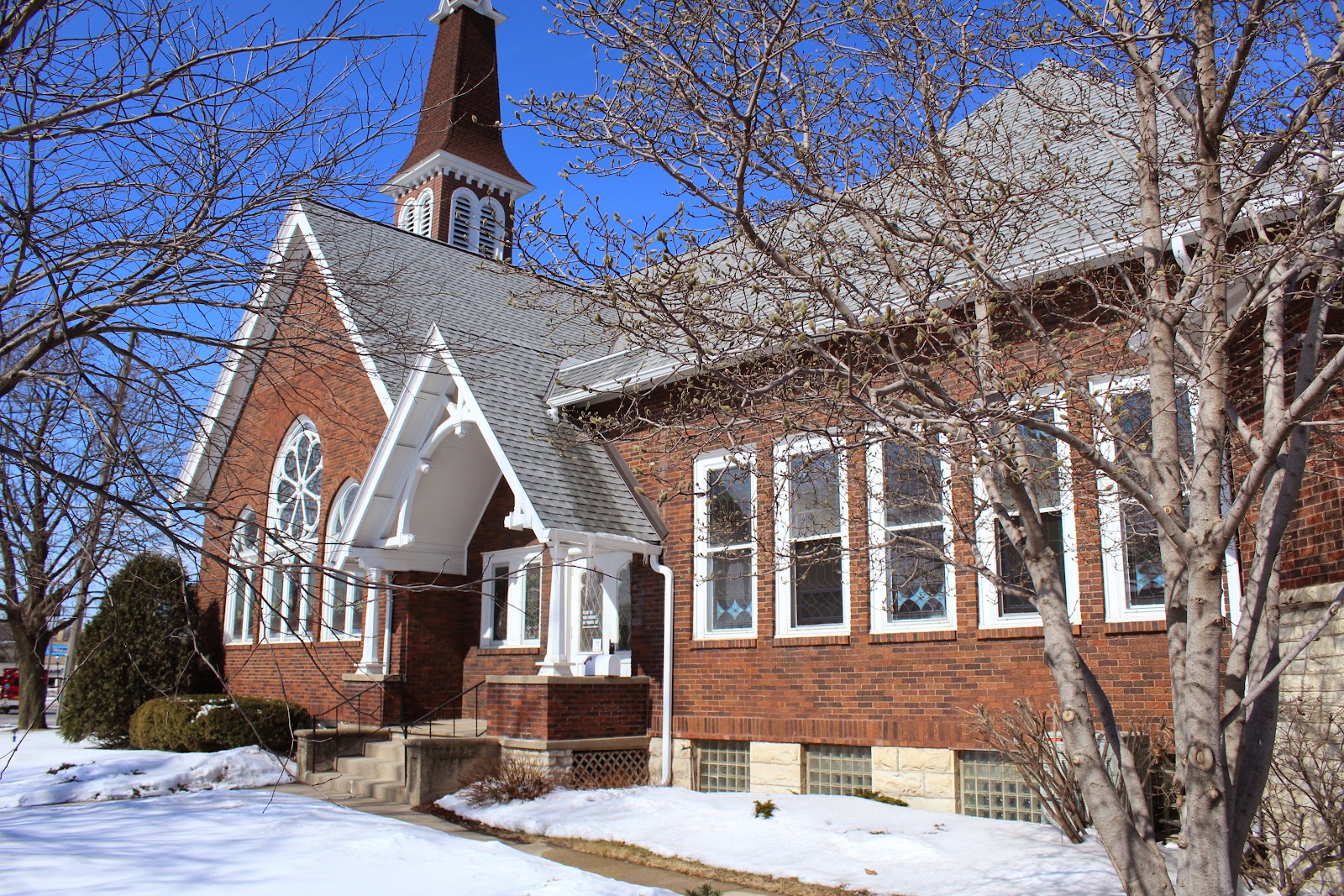 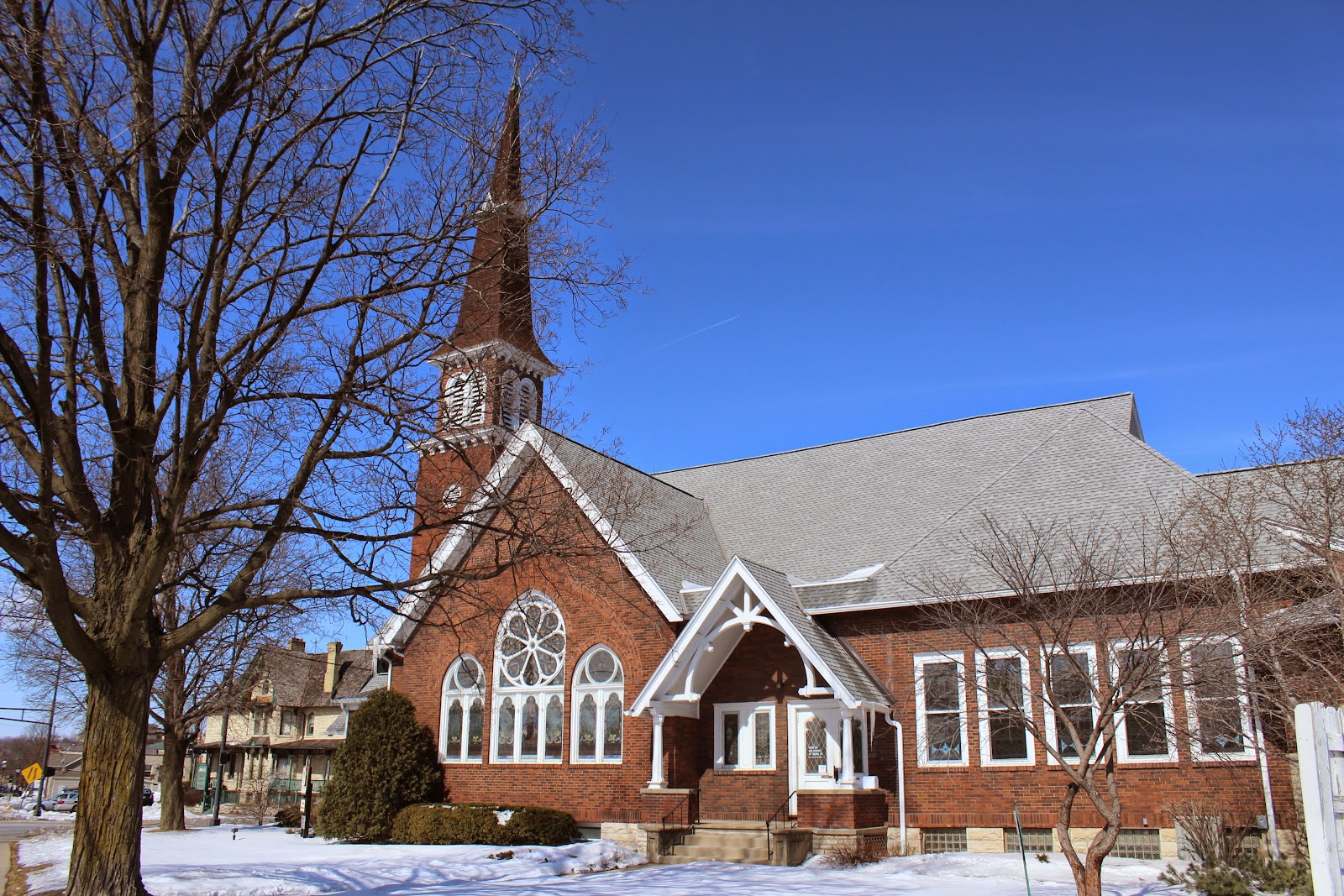 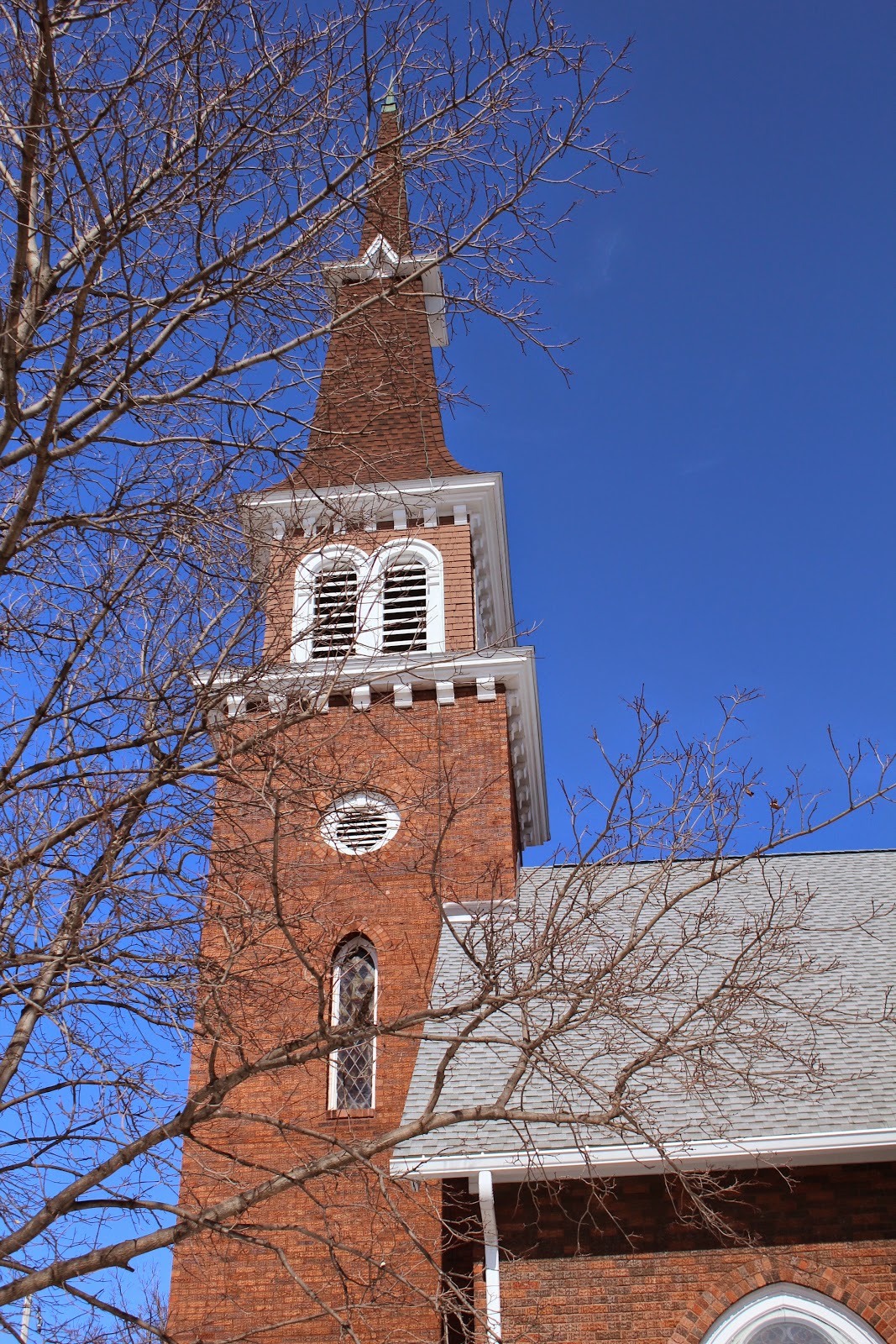 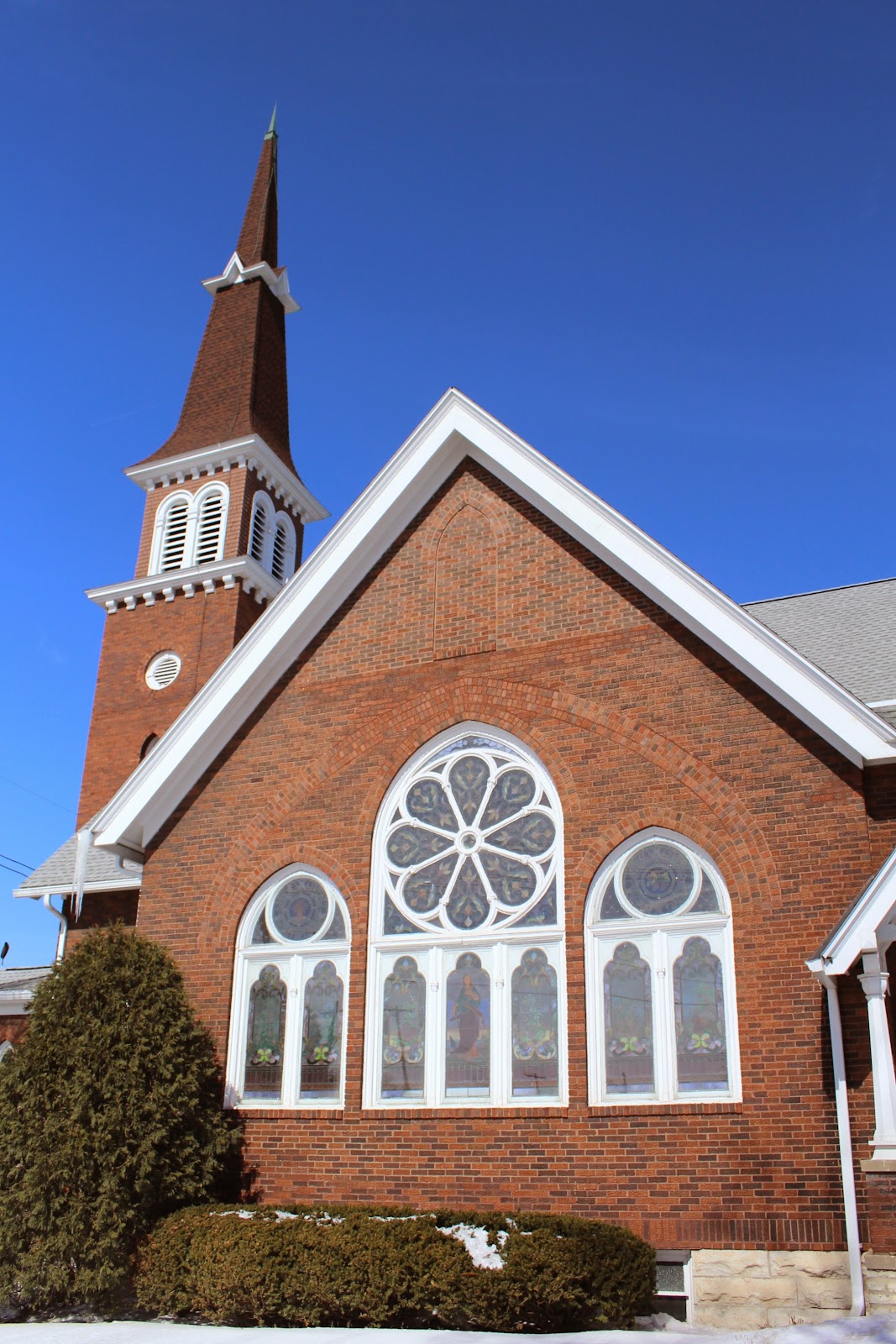 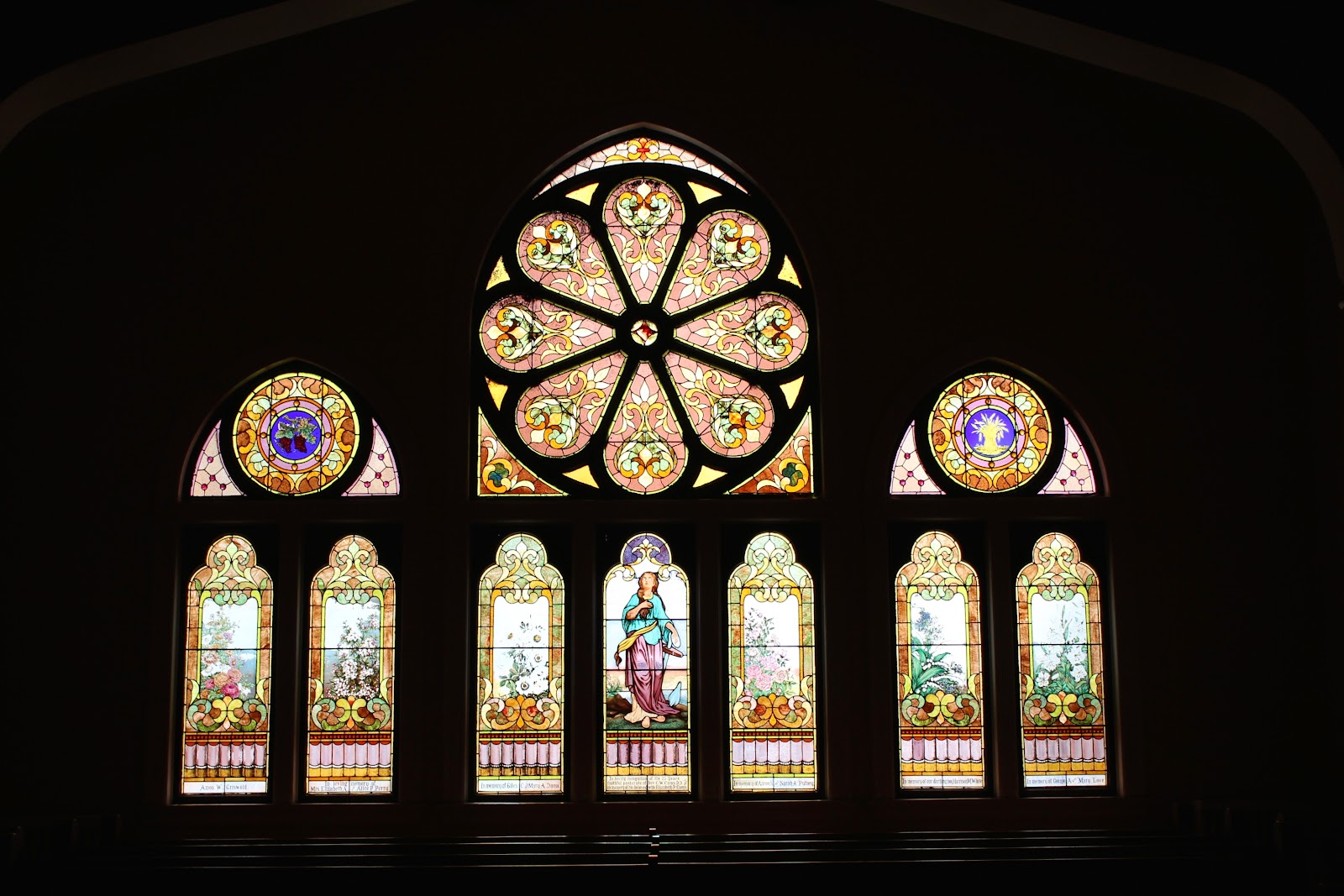 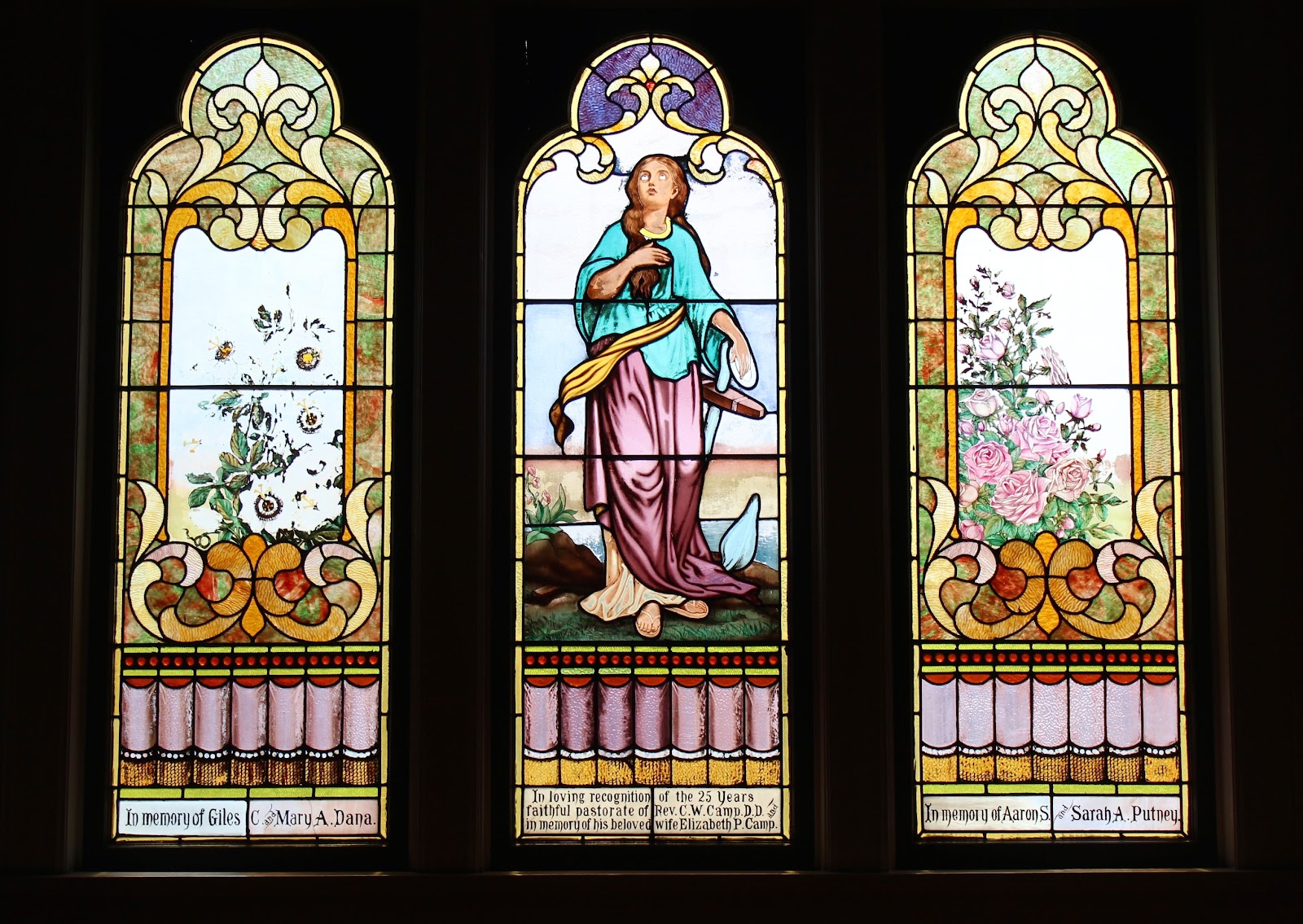 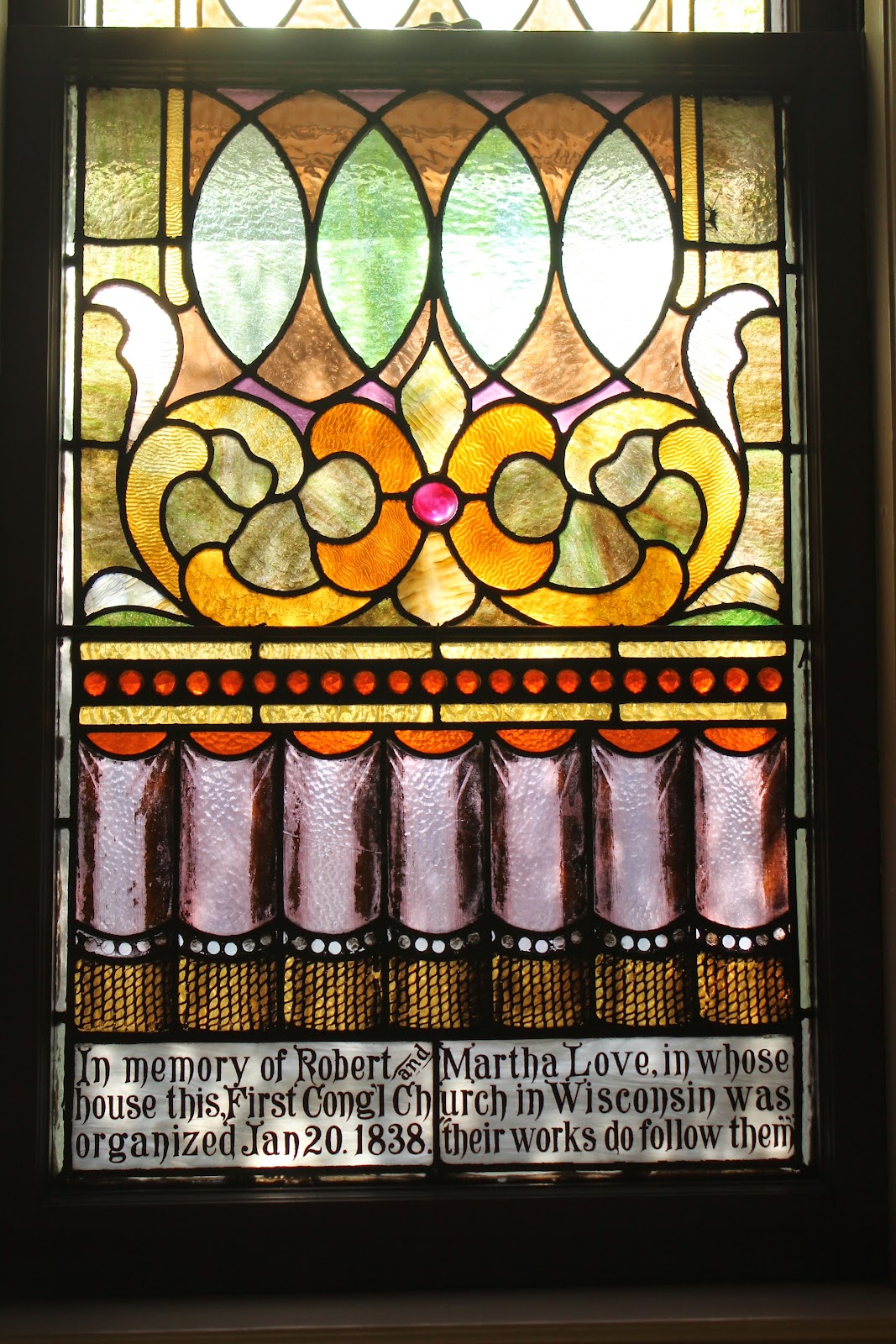 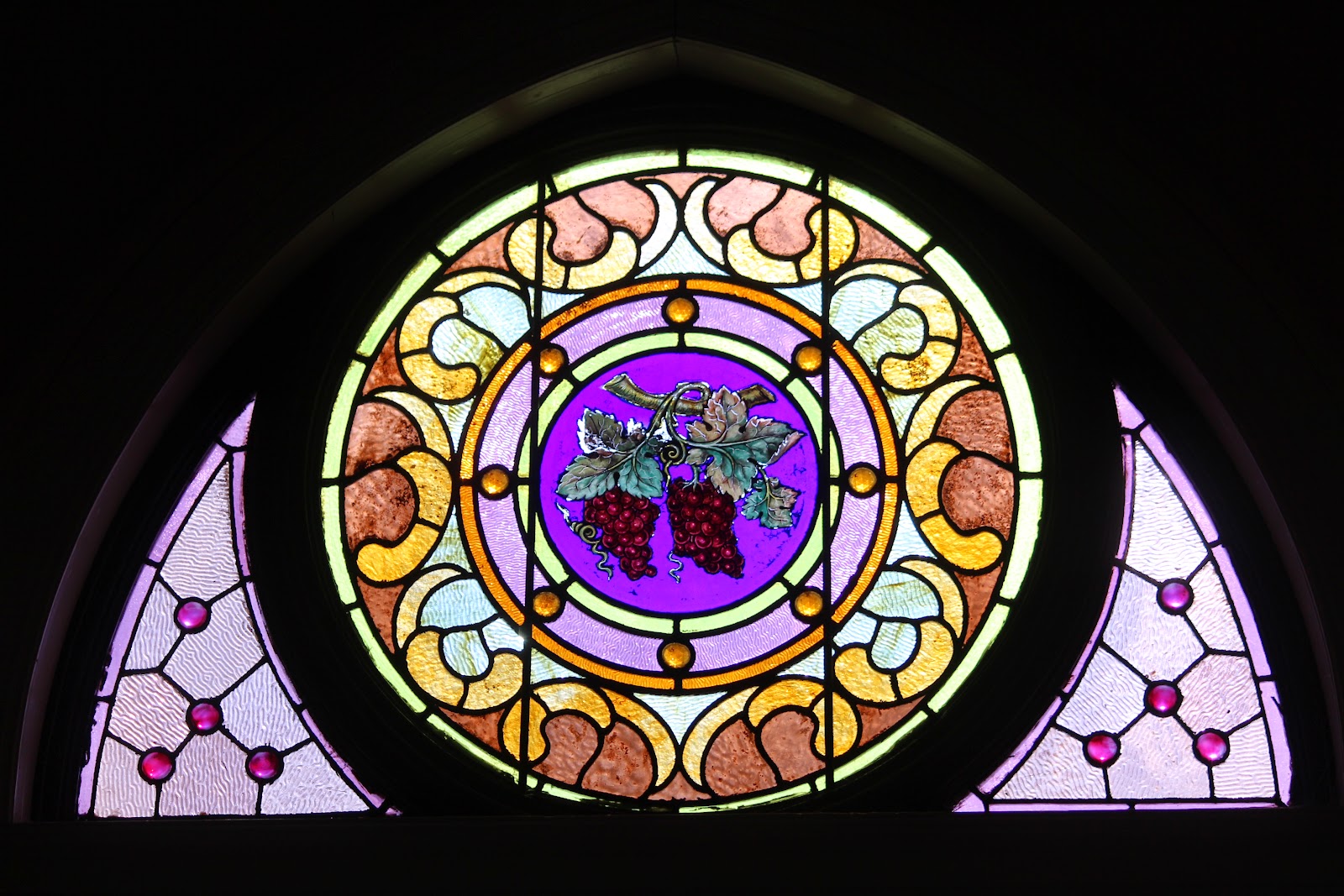 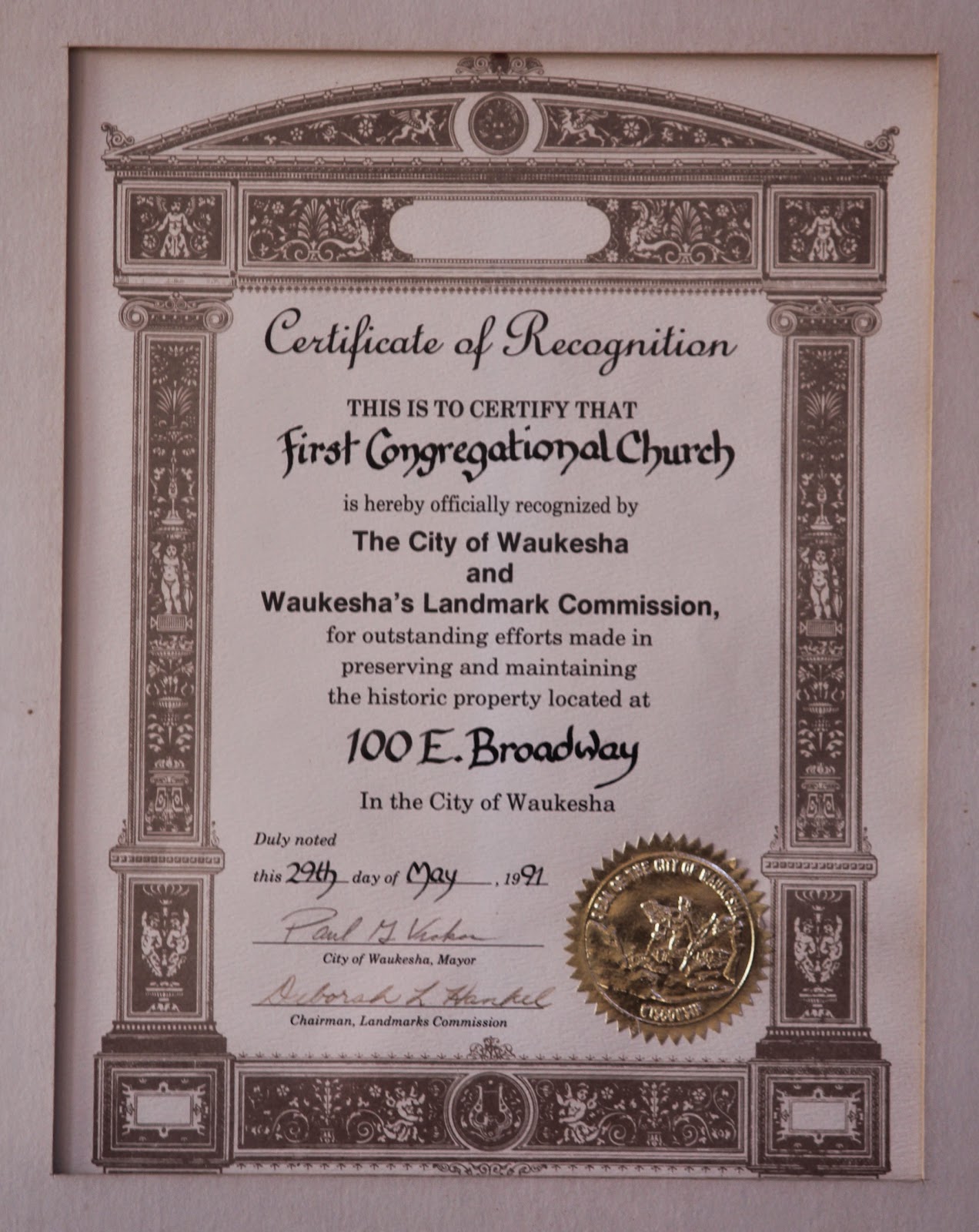 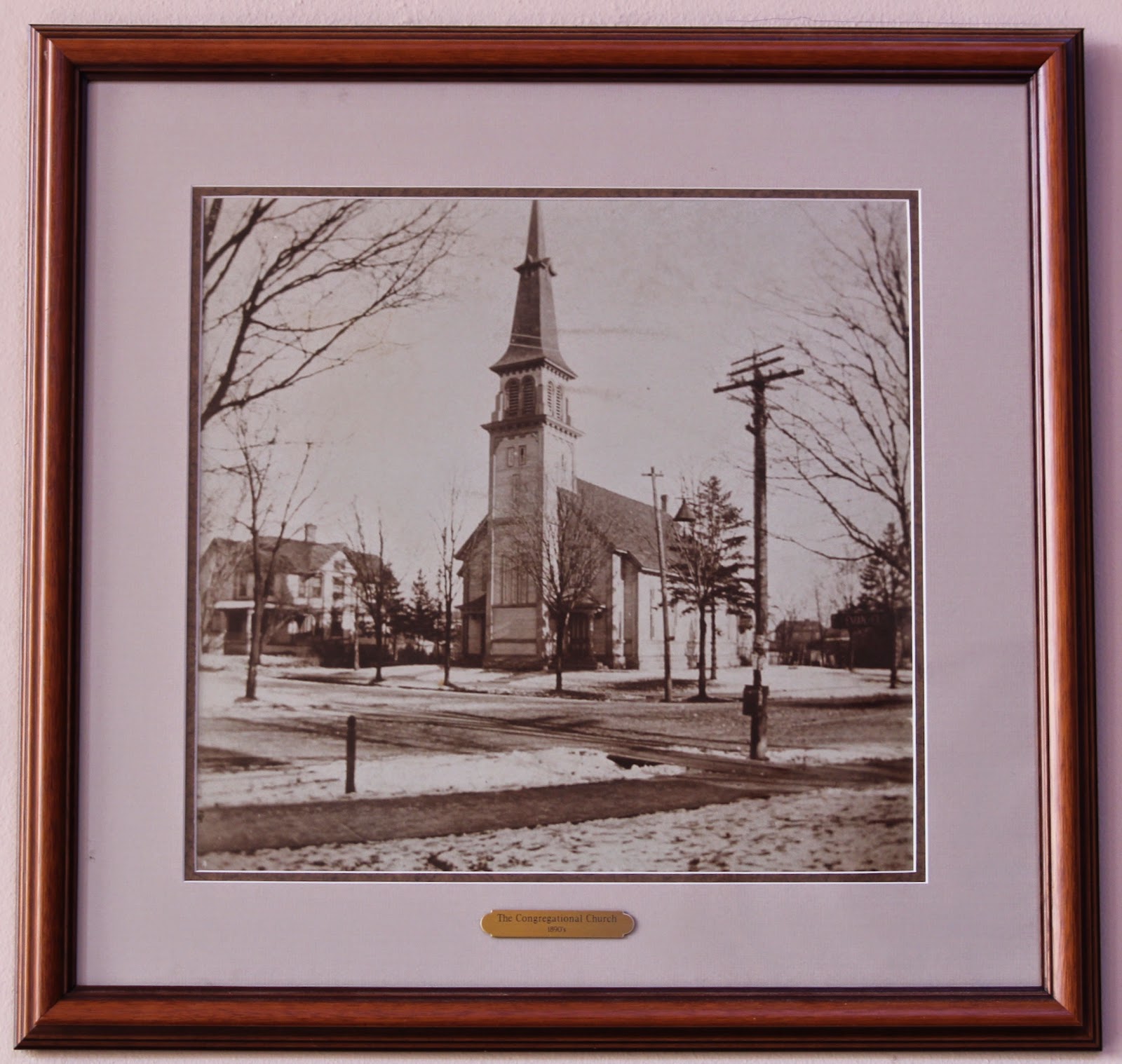 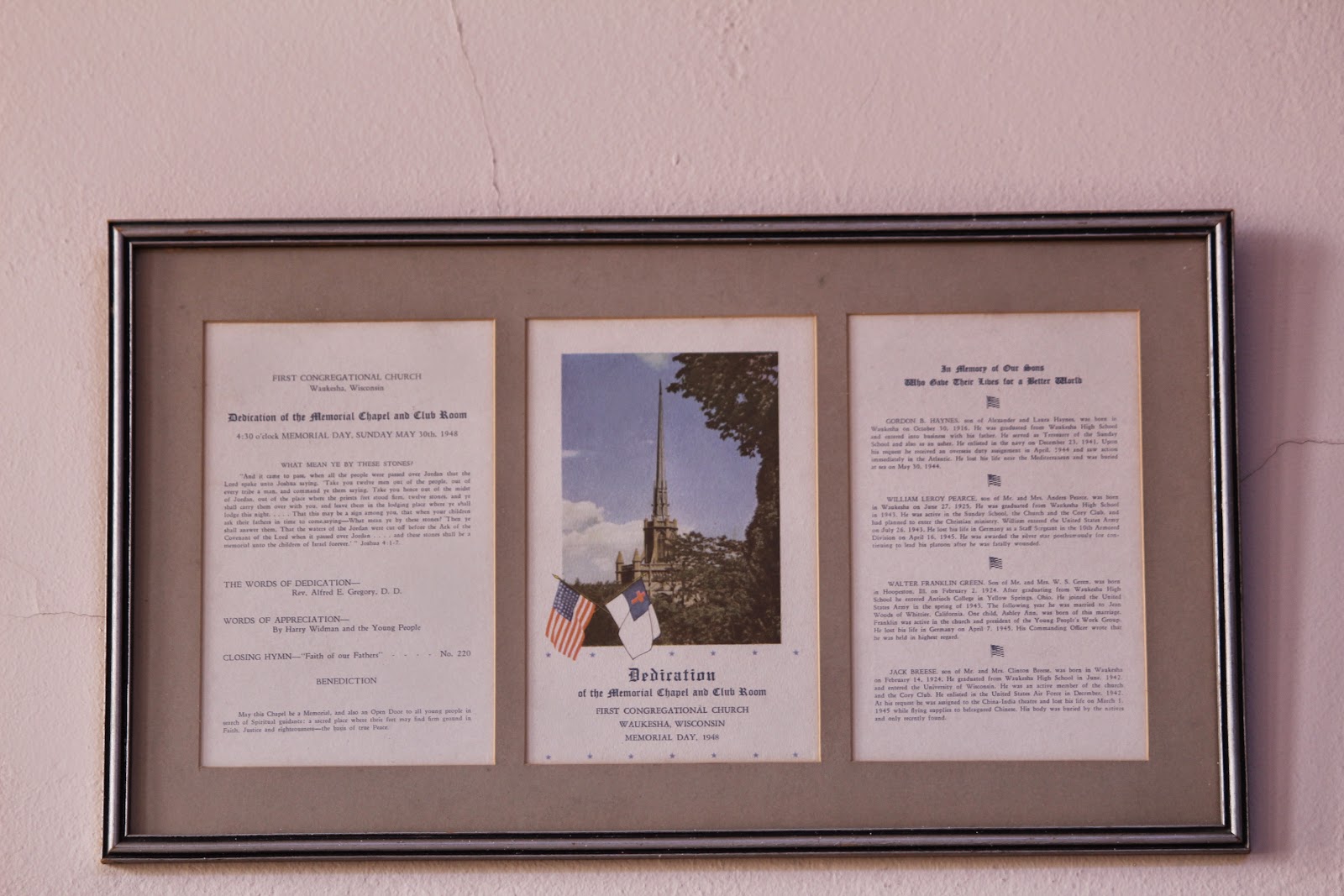 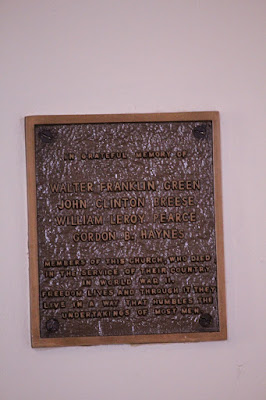 Memorial to World War II soldiers from the congregation . . . 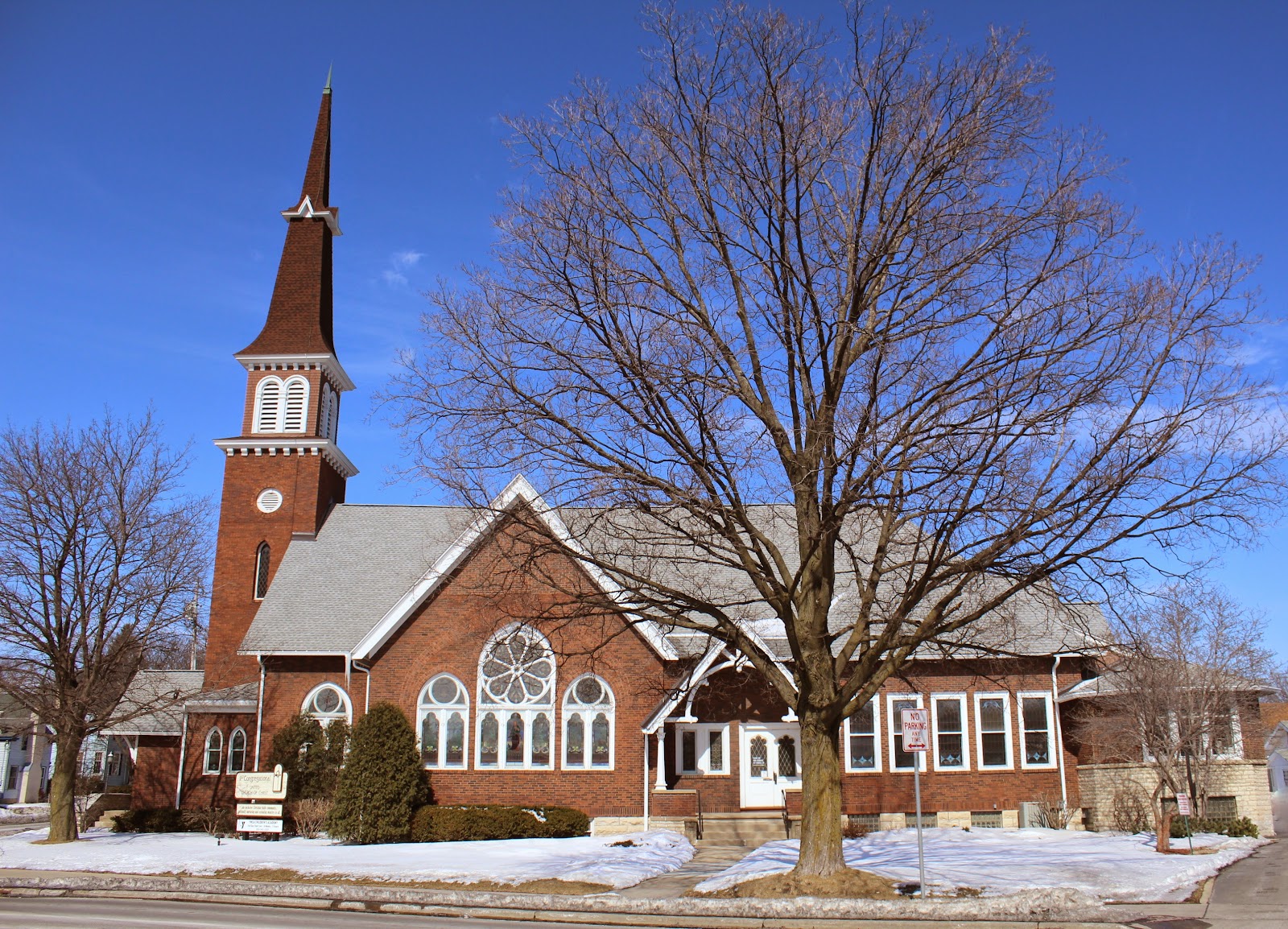 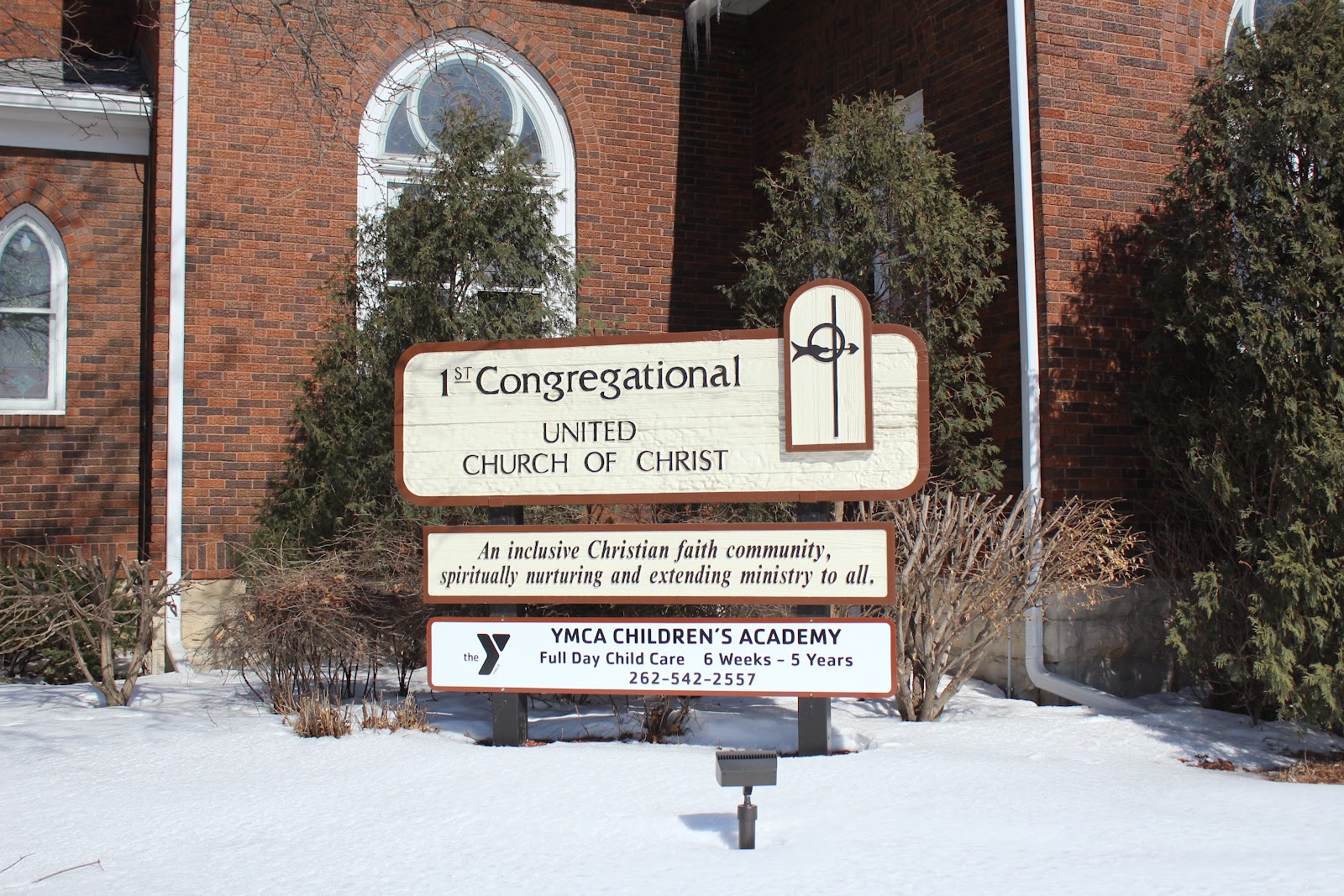 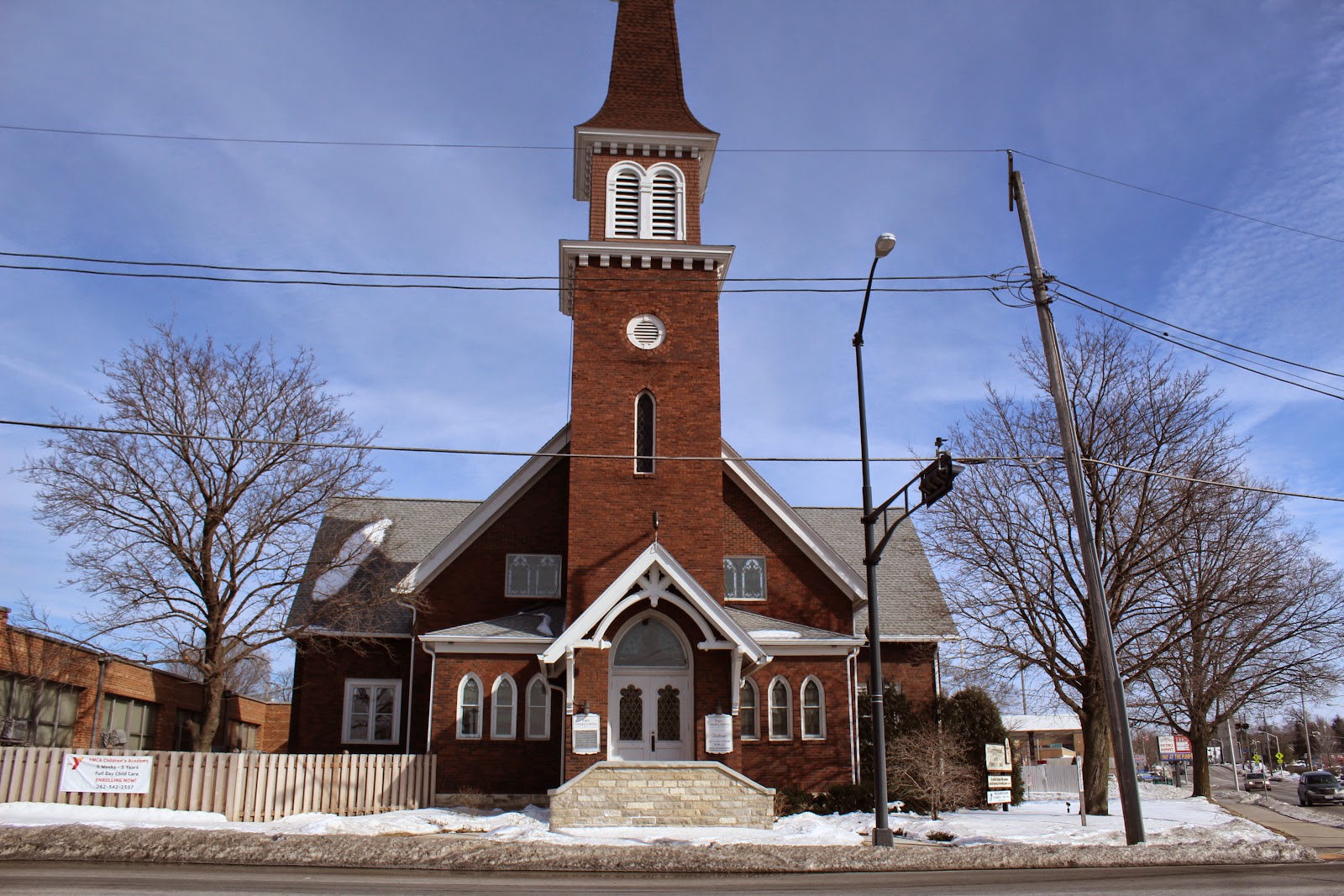 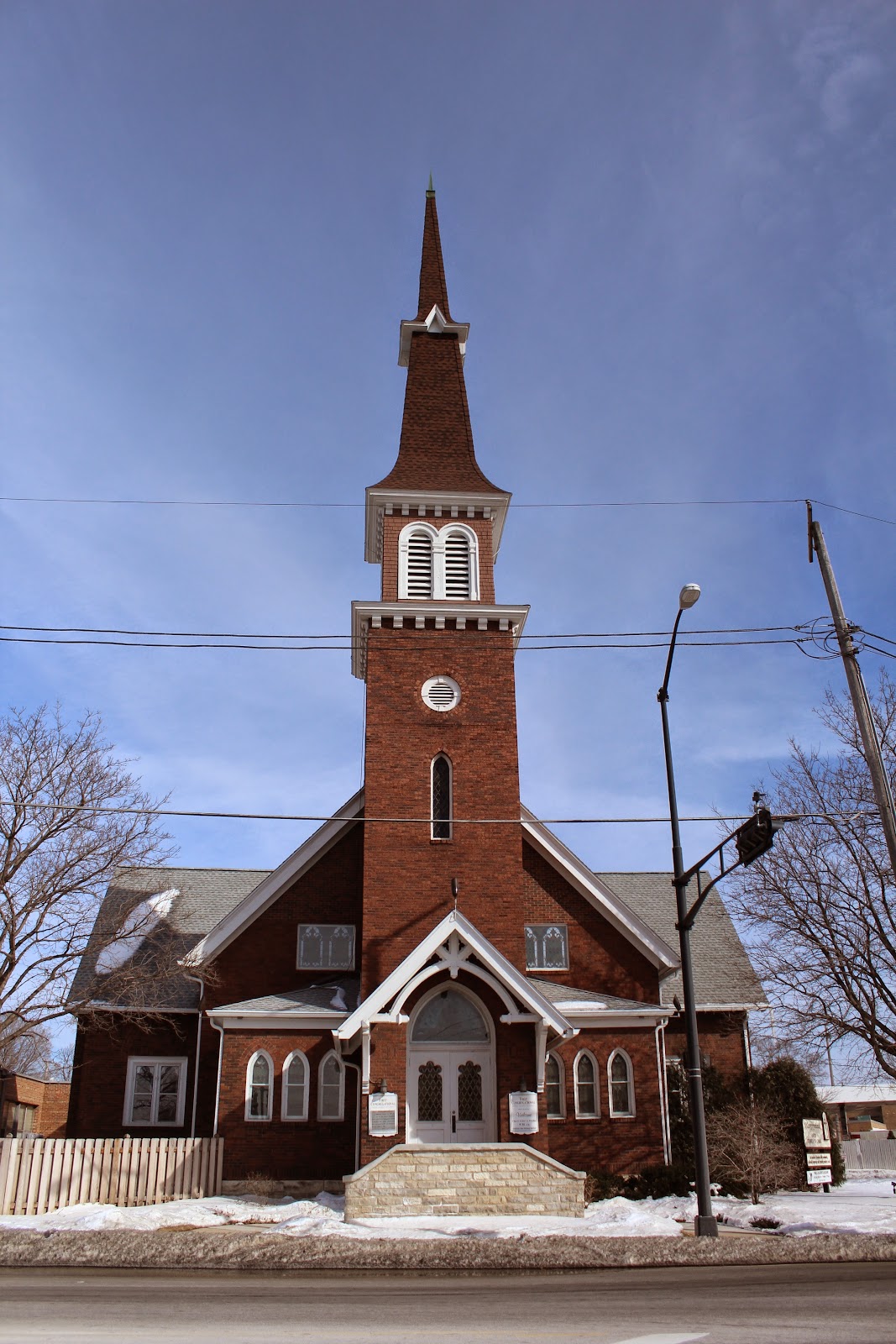 The church is located in Waukesha, Wisconsin.