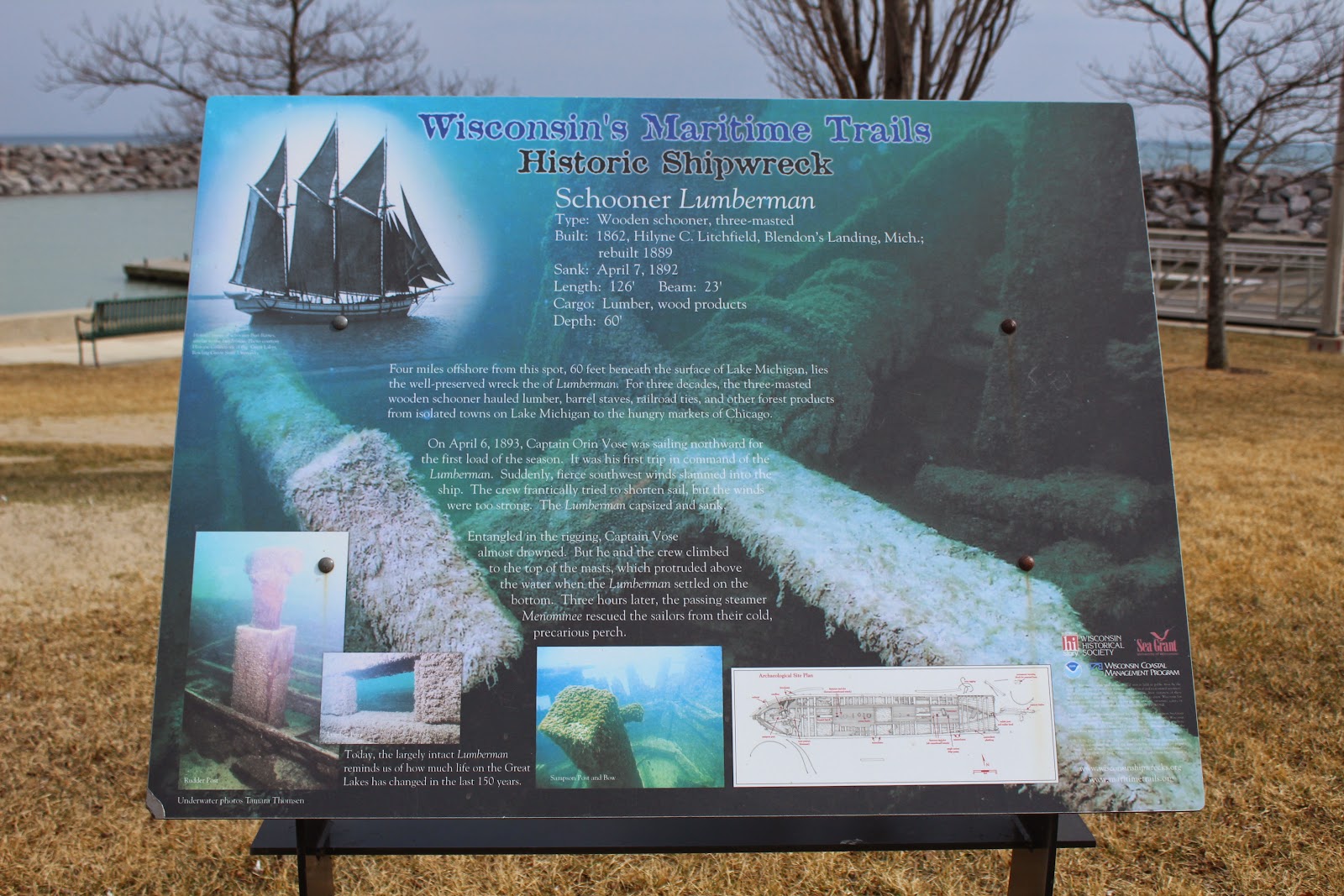 Four miles offshore from this spot, 60 feet beneath the surface of Lake Michigan, lies the well-preserved wreck of the Lumberman. For three decades, the three-masted wooden schooner hauled lumber, barrel staves, railroad ties, and other forest products from isolated towns on Lake Michigan to the hungry markets of Chicago.

On April 6, 1893, Captain Orin Vose was sailing northward for the first load of the season. It was his first trip in command of the Lumberman. Suddenly, fierce southwest winds slammed into the ship. The crew frantically tried to shorten sail, but the winds were too strong. The Lumberman capsized and sank.

Entangled in the rigging, Captain Vose almost drowned. But he and the crew climbed to the top of the masts, which protruded above the water when the Lumberman settled on the bottom. Three hours later, the passing steamer Menominee rescued the sailors from their cold, precarious perch.

The marker is located at the boat landing at Bender Front Waterfront Park, at the eastern end of Ryan Road, Oak Creek, Wisconsin 53134.

The Lumberman: A Double-Centerboard Schooner from the Great Lakes
A fabulous anthology project by Mara Deckinga, Fall 2013 -- includes loads of details and photos.

The shipwreck site is listed on the National Register of Historic Places: Wisconsin: Milwaukee County. 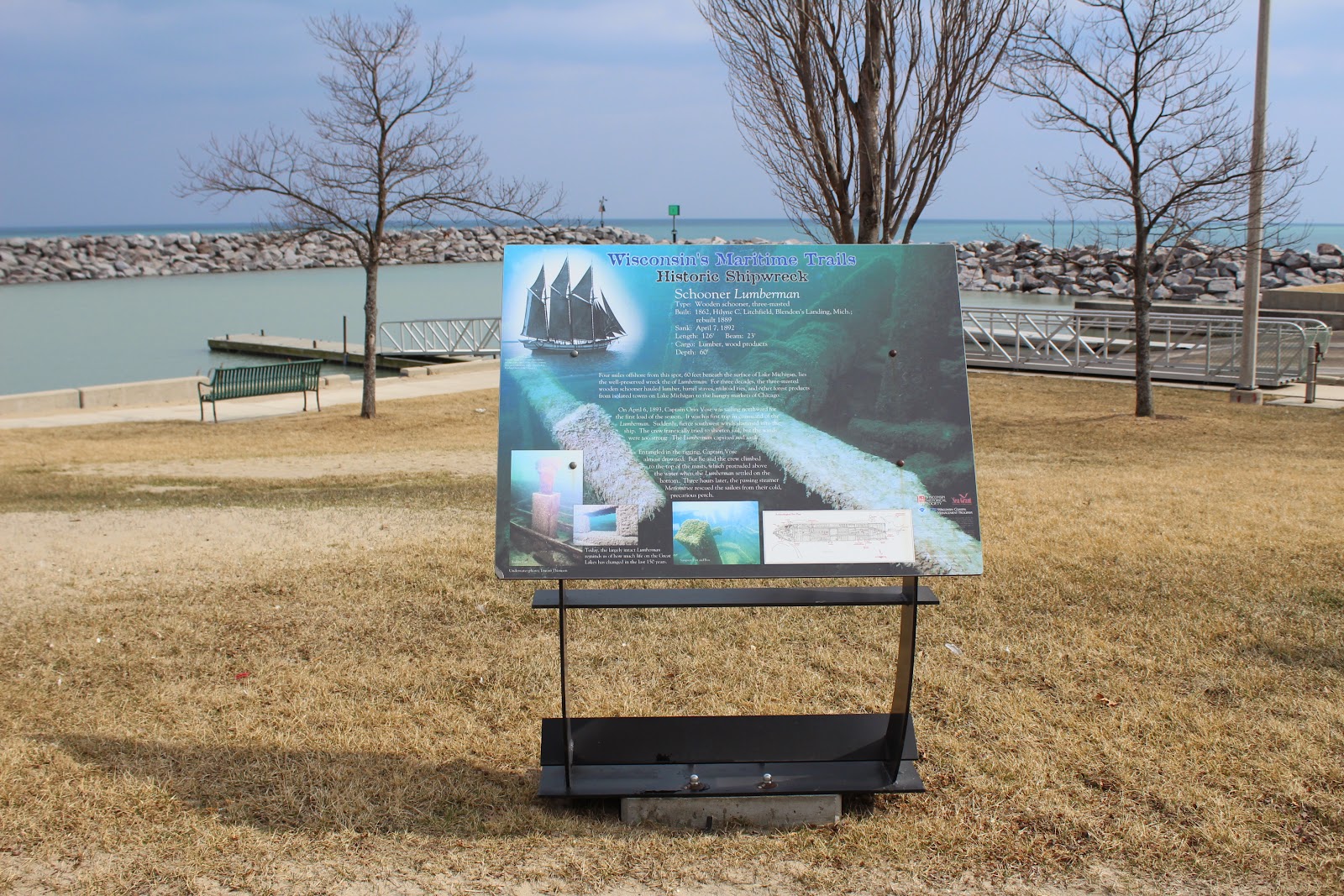 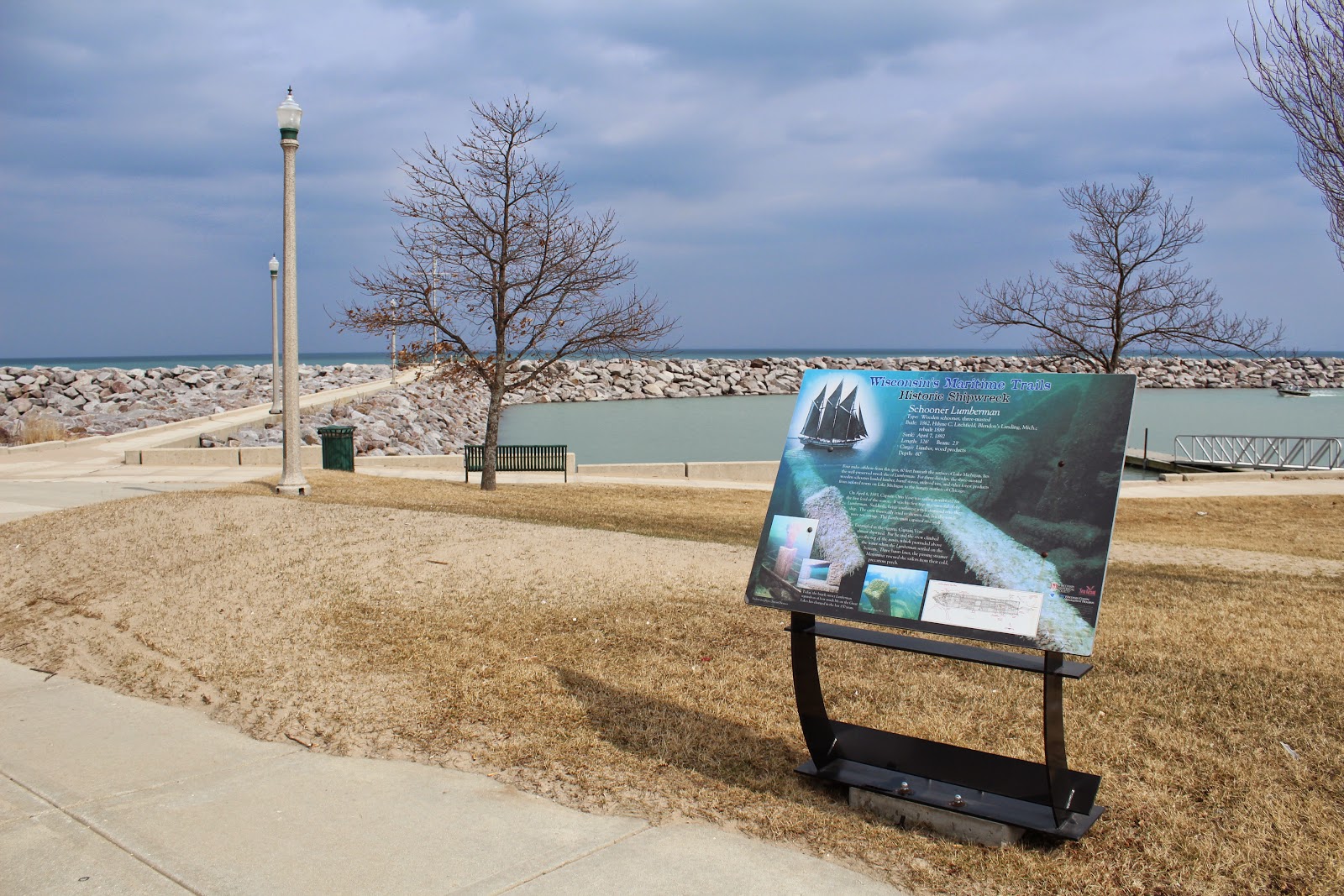 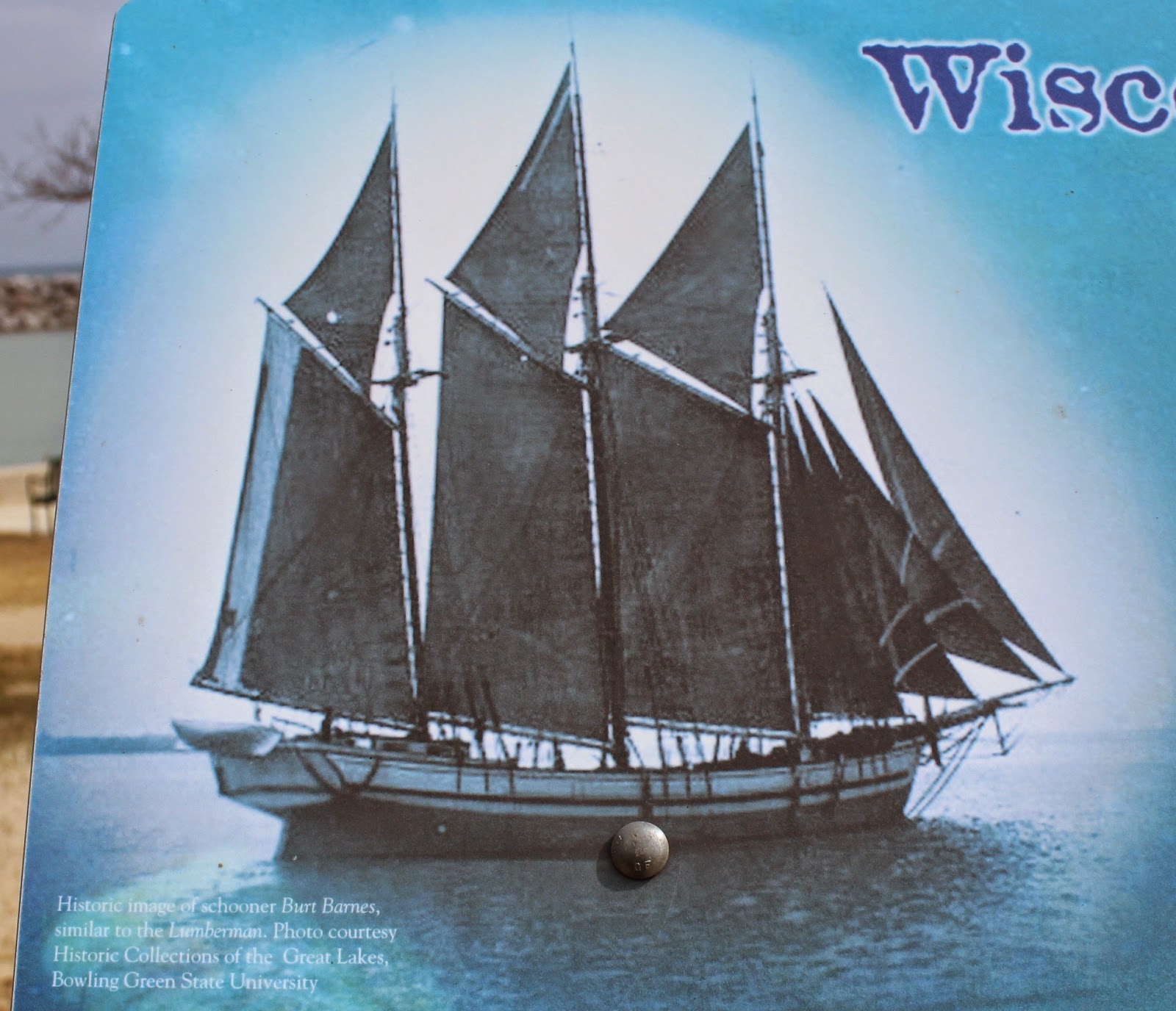 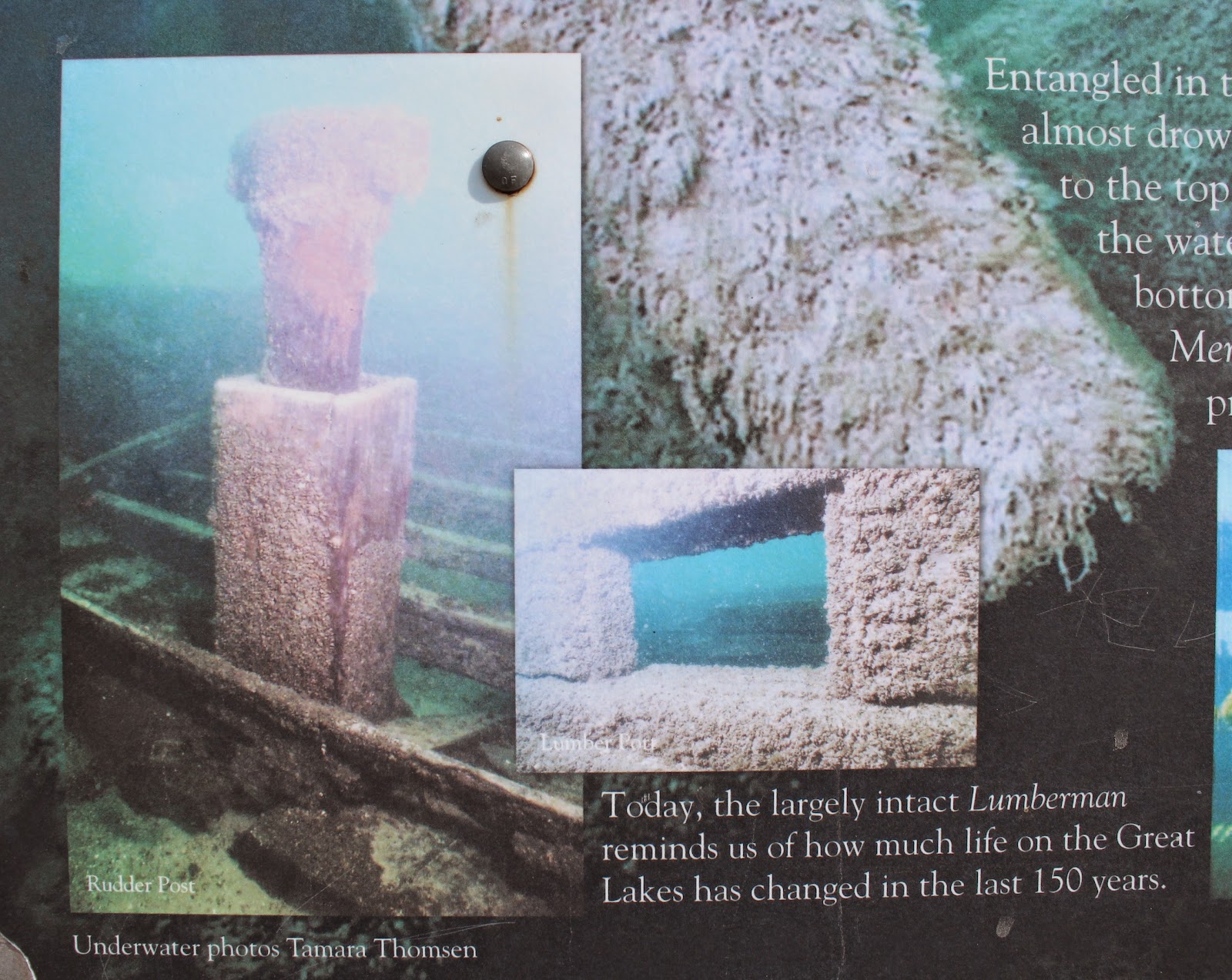 Today, the largely intact Lumberman reminds us of how much life on the Great Lakes has changed in the last 150 years. 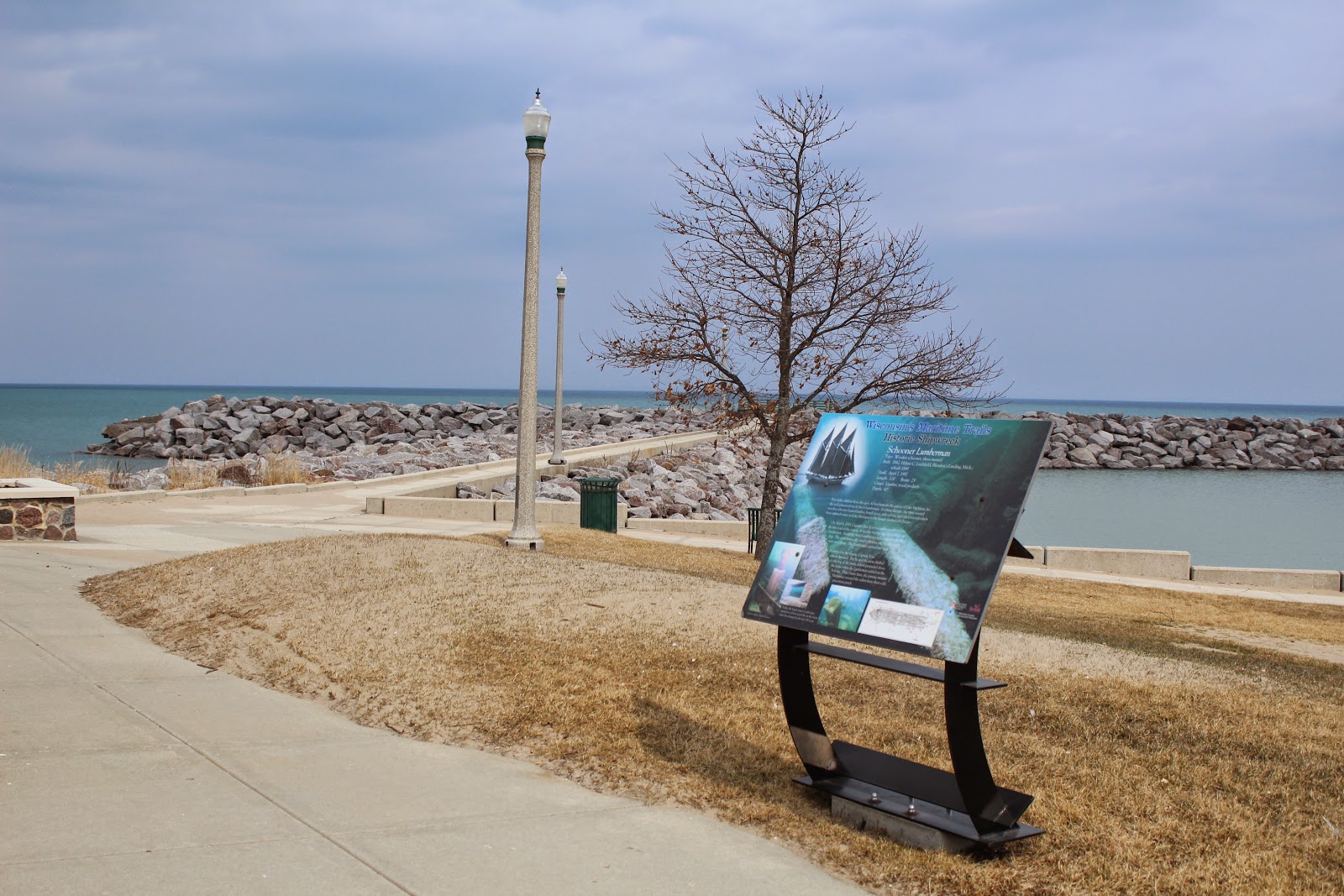 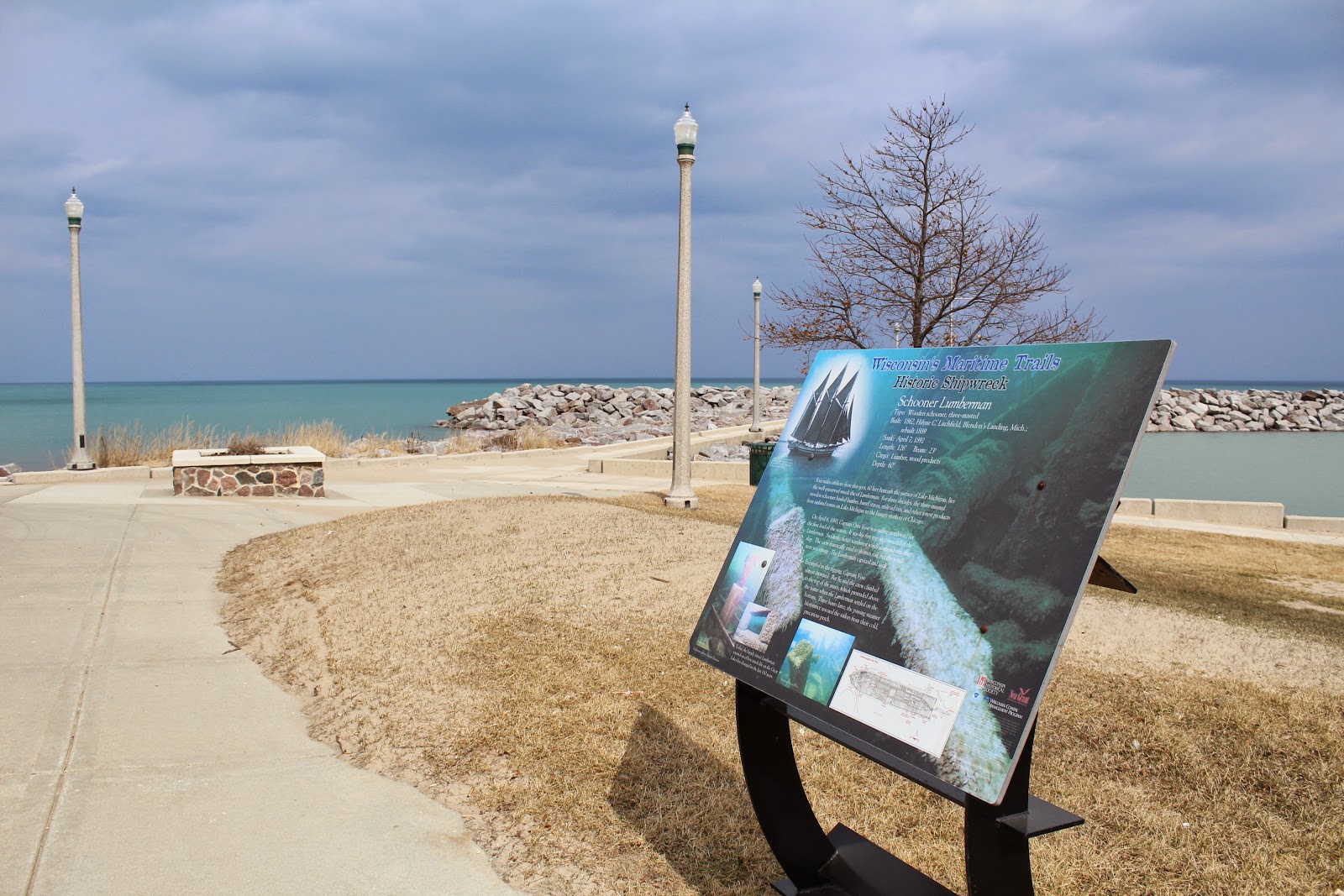 I arrived on the first day it spring. It was so beautiful,
I took loads of photos . . . 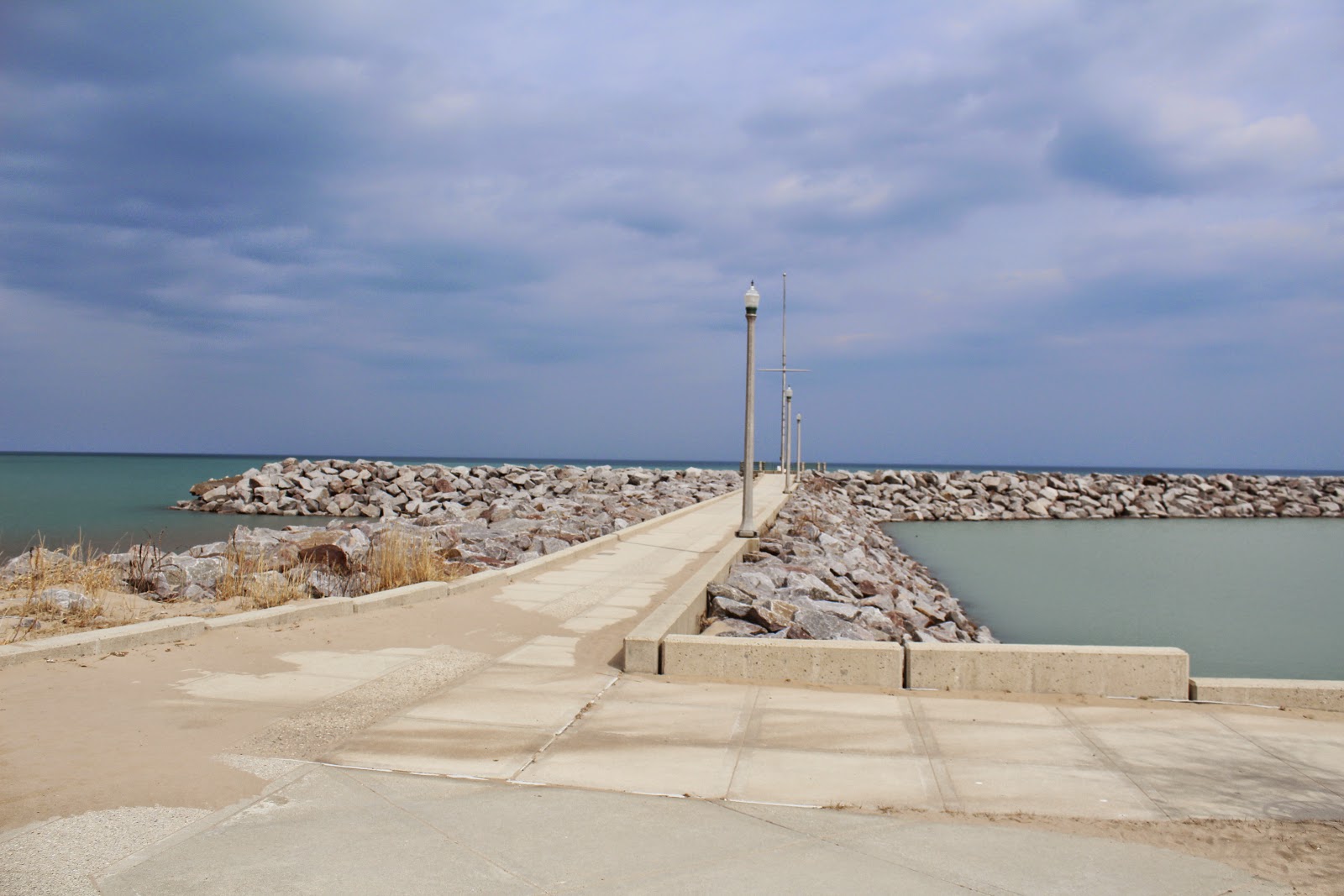 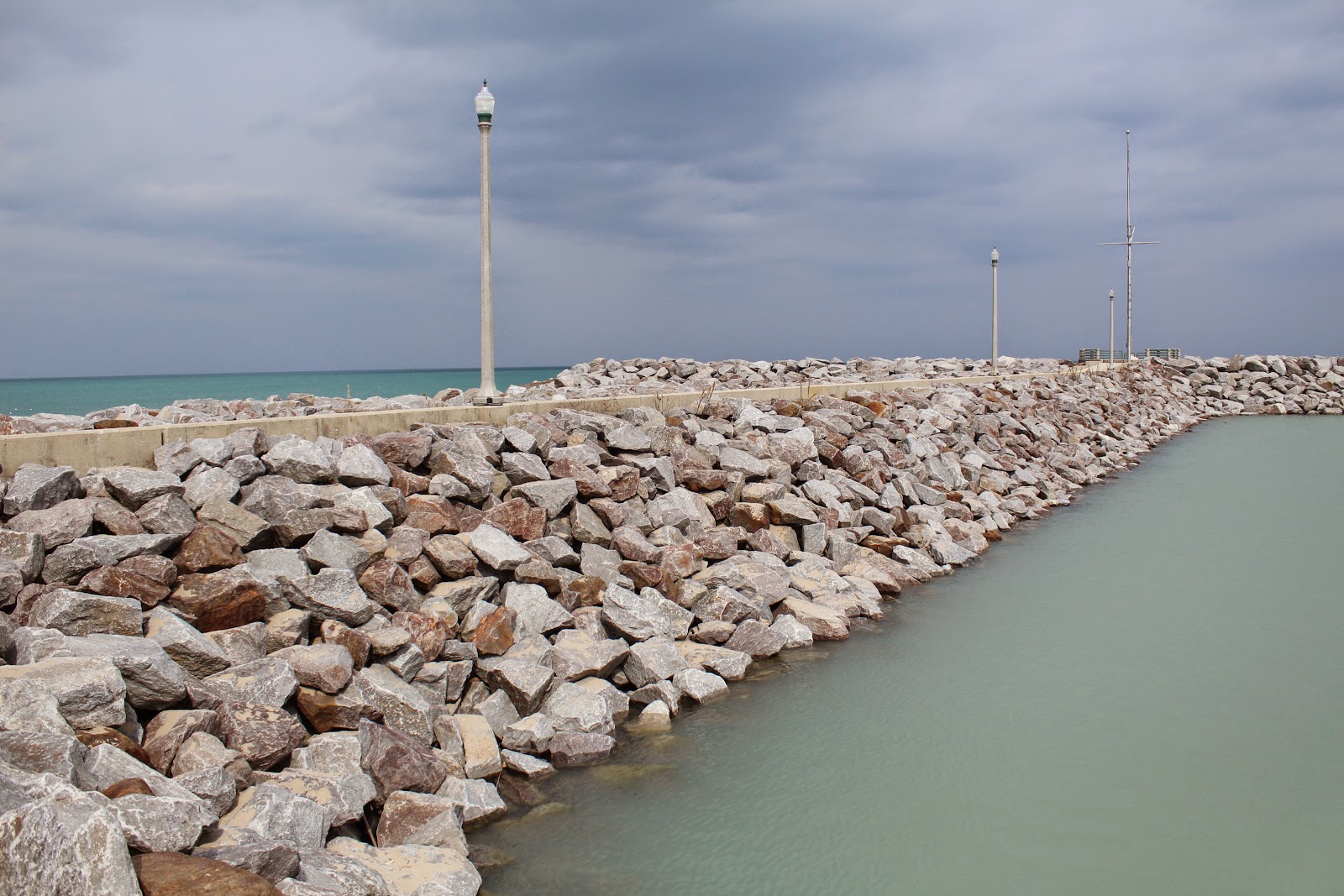 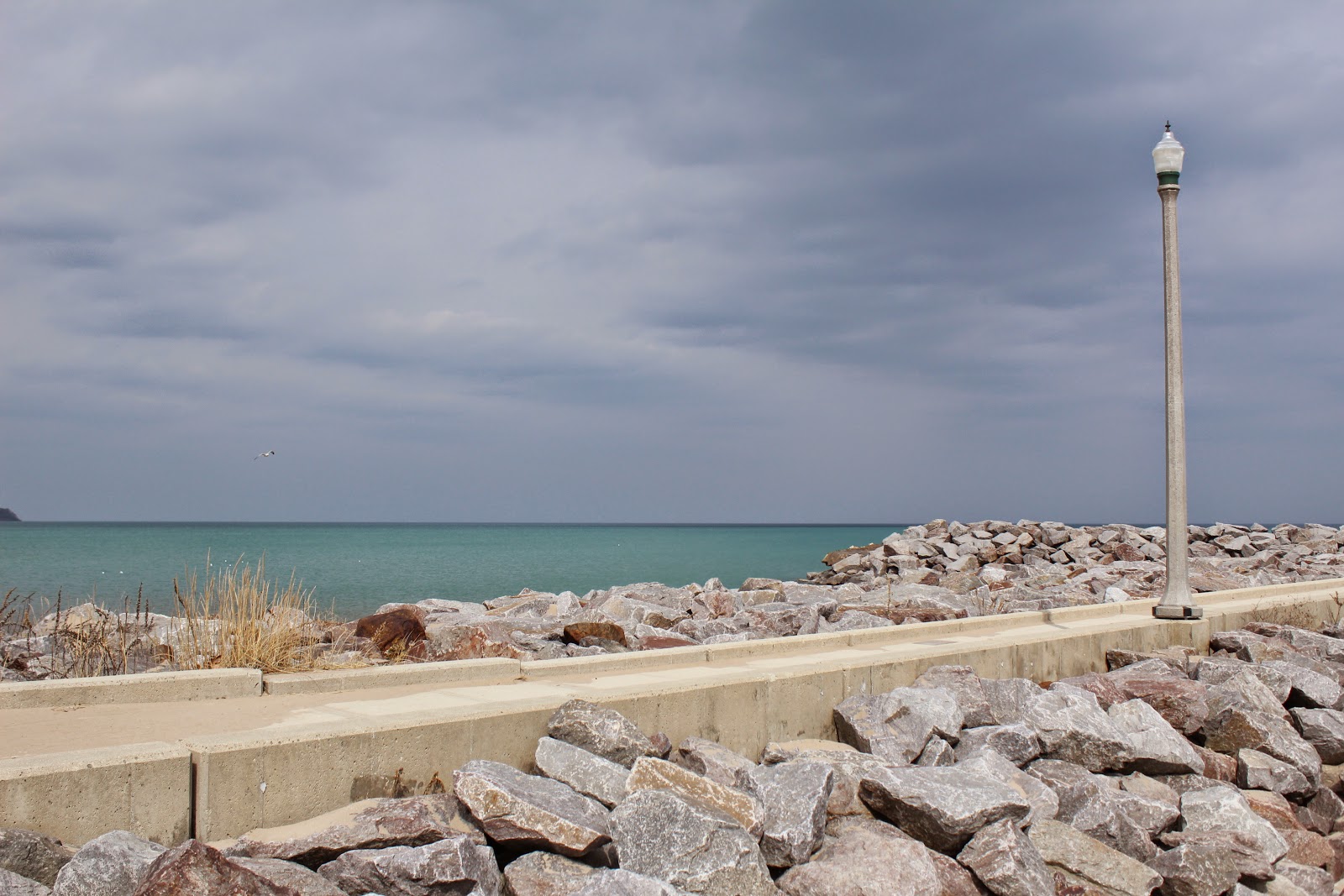 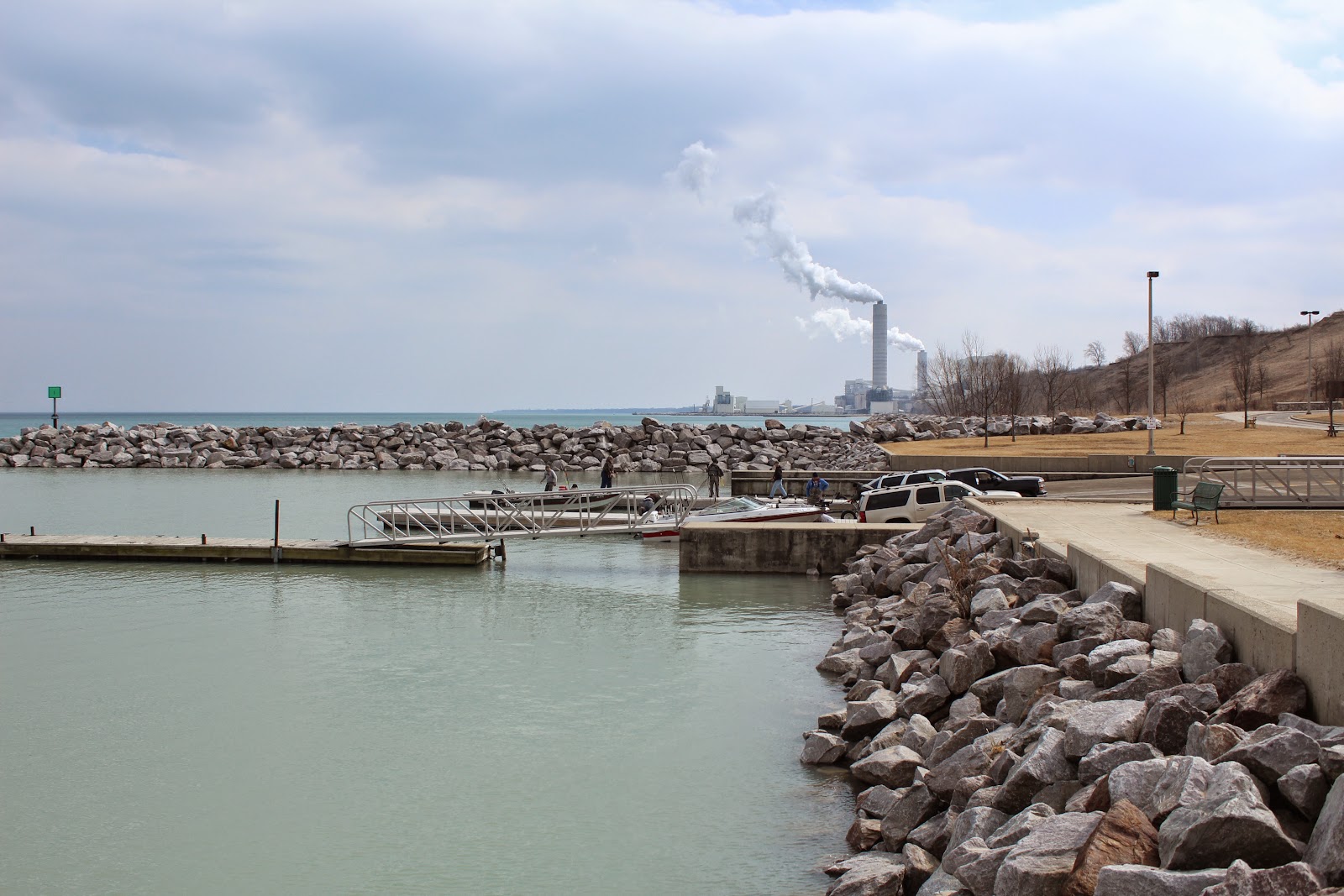 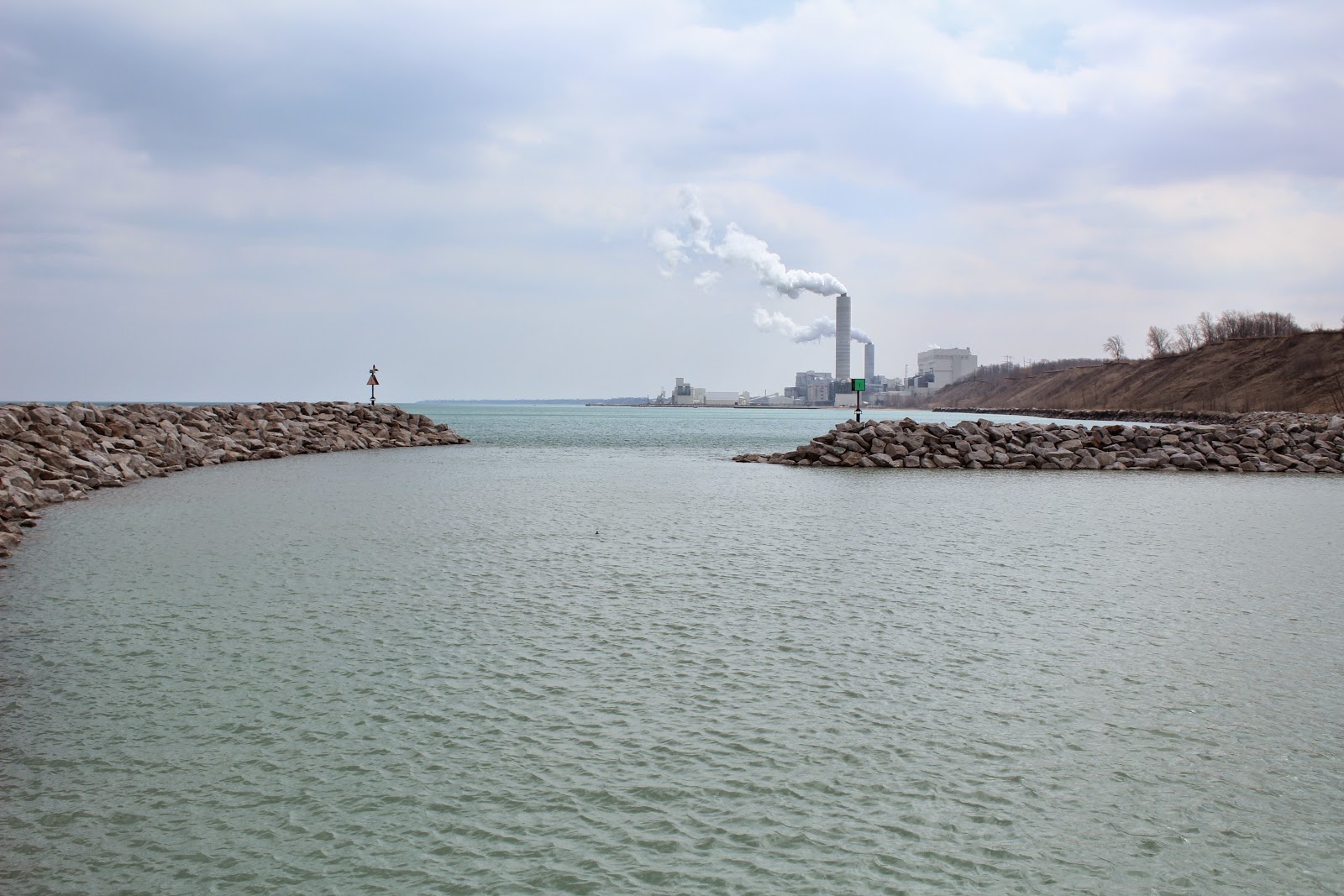 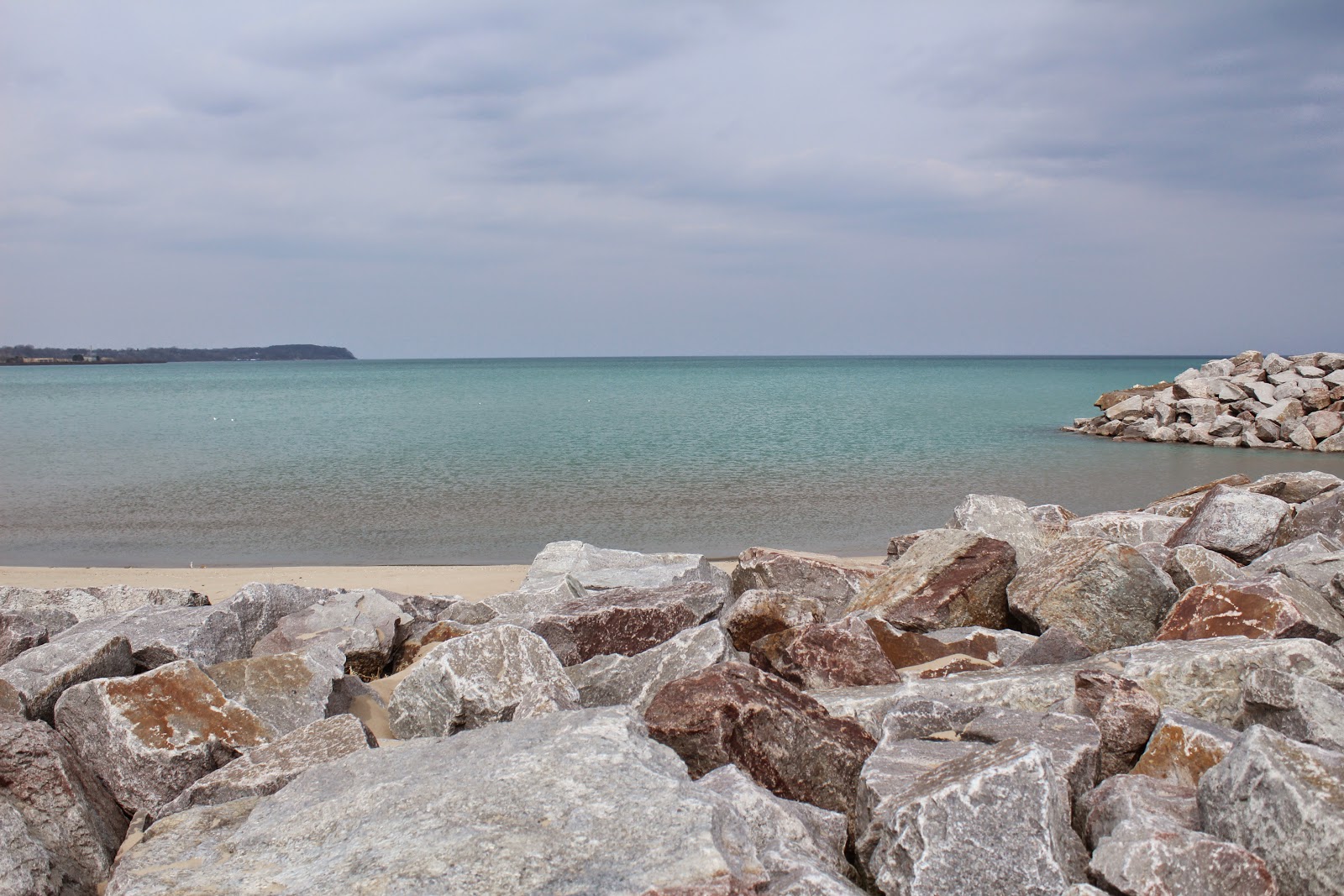 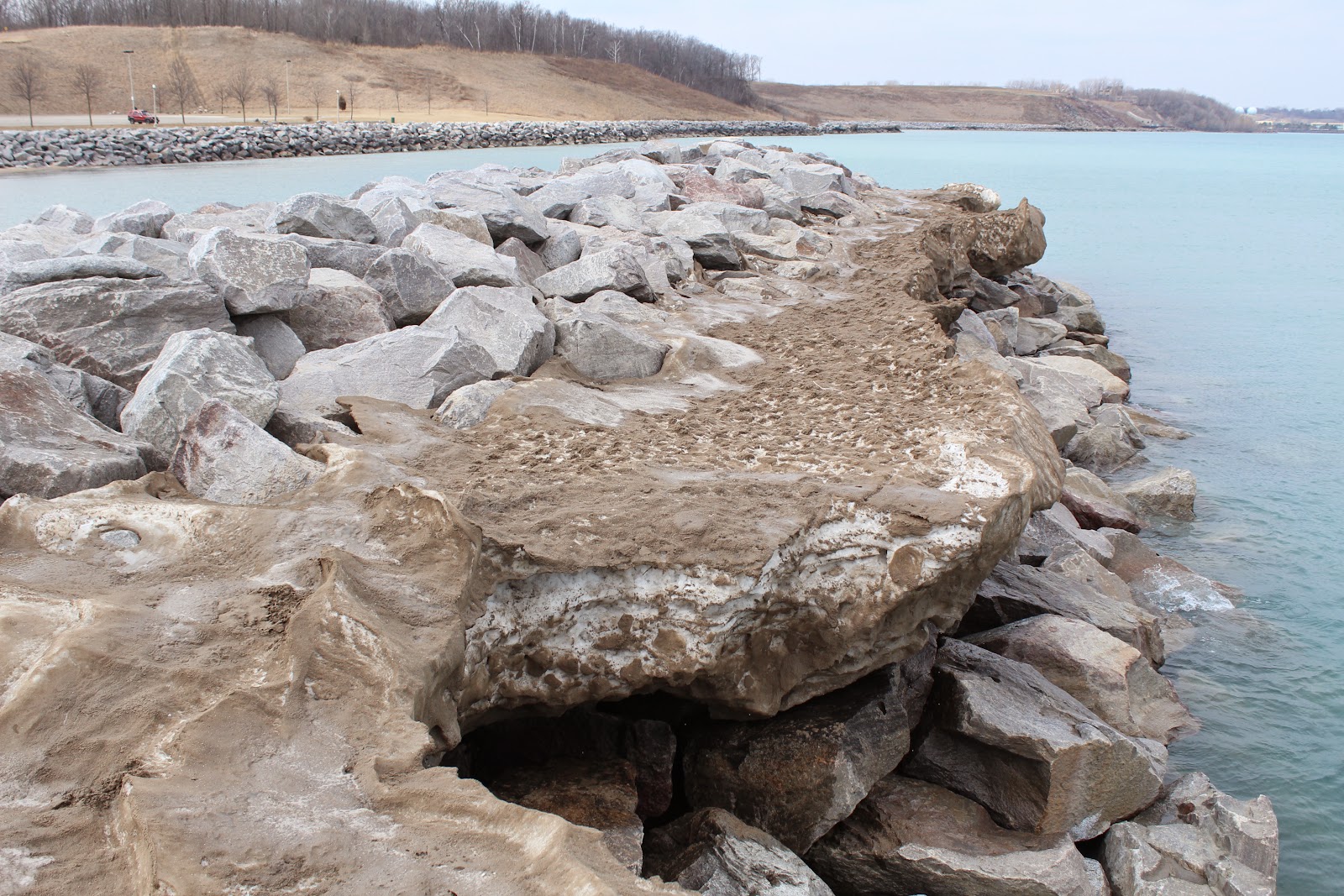 That's a 2-3 foot-thick shoal of ice hanging from the breakwater. 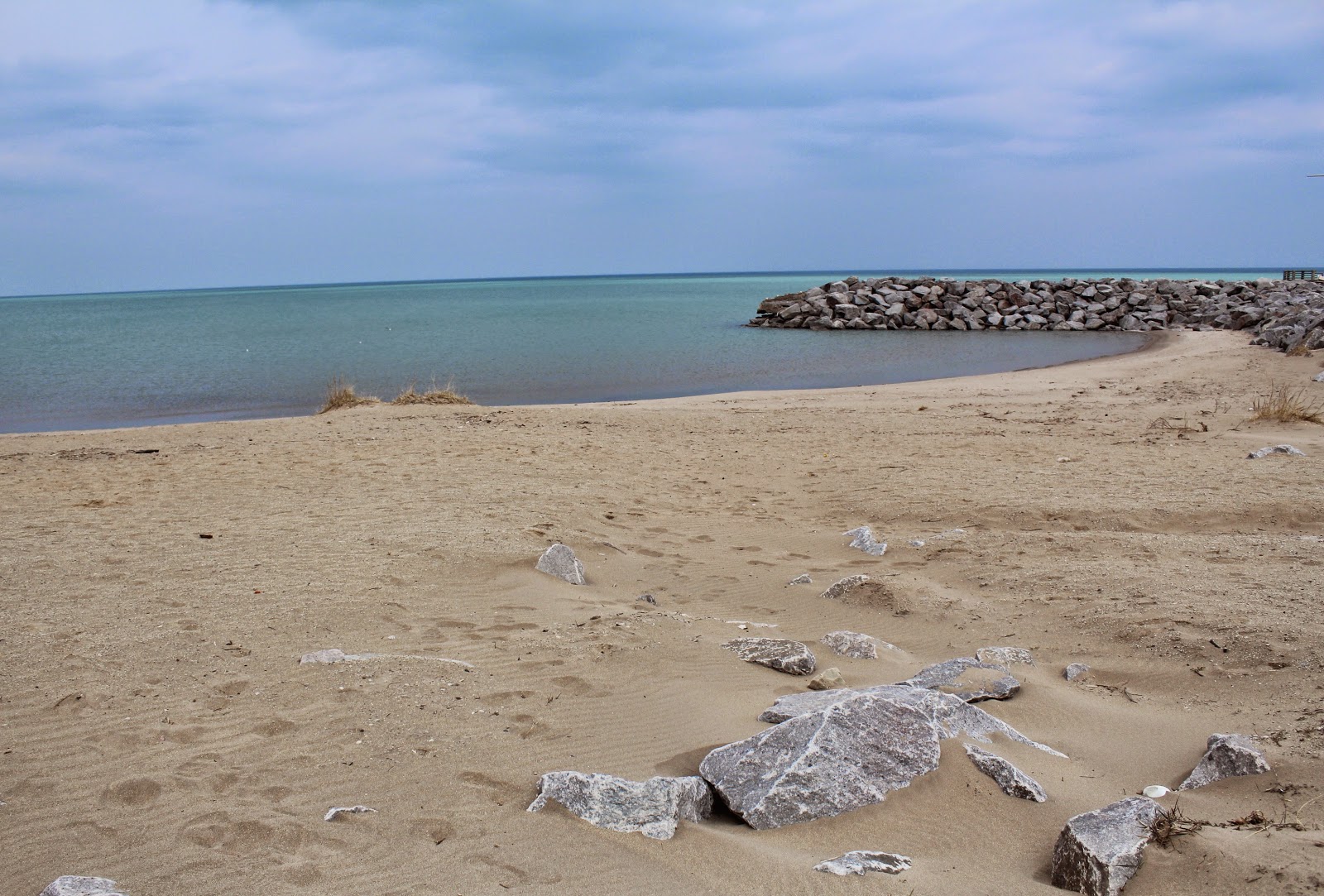 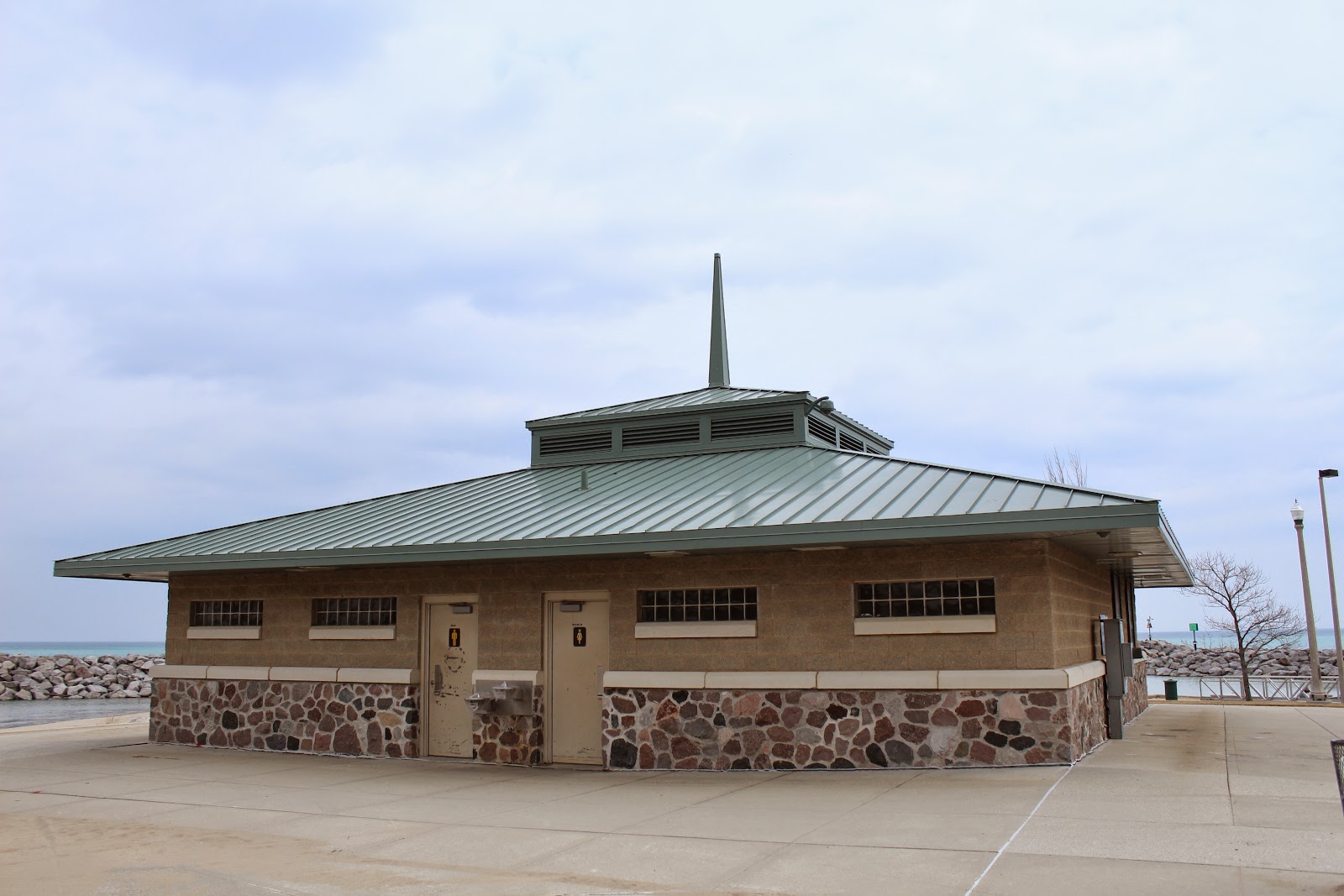 The marker is directly behind this building. The
building is adjacent to the boat launch parking lot. 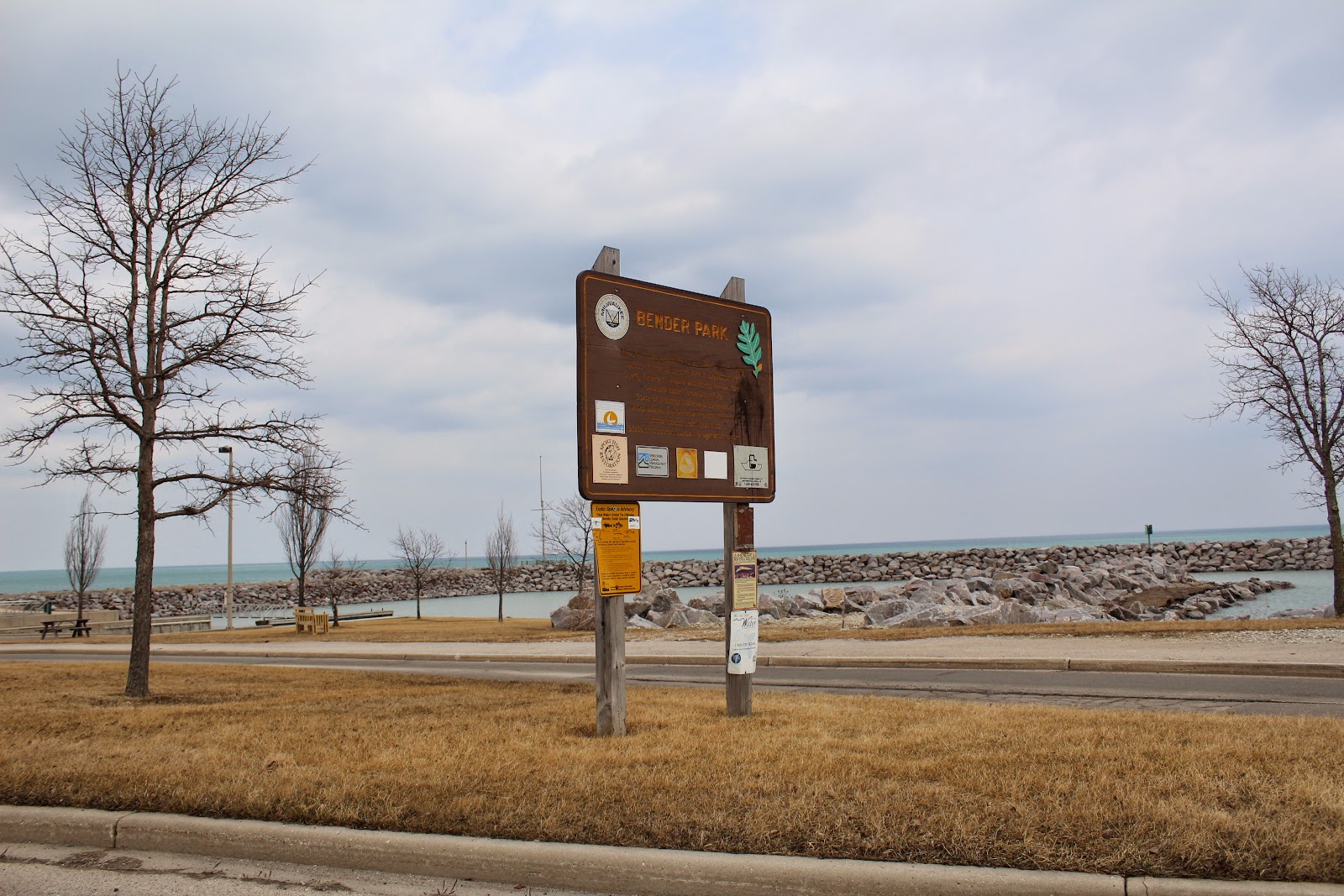 At the entrance to the boat launch. 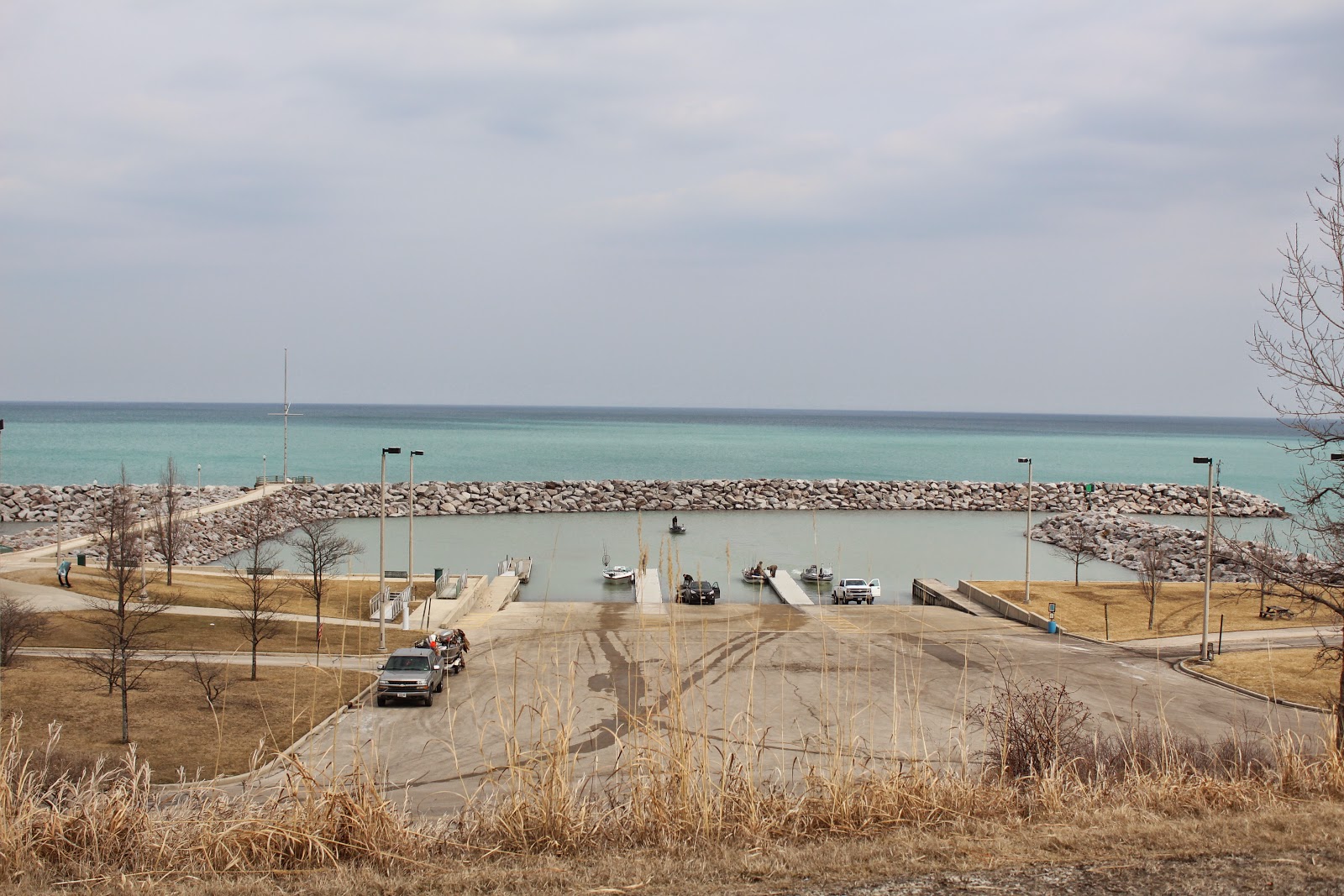 View from the bluffs leading to marker location (at the boat launch). 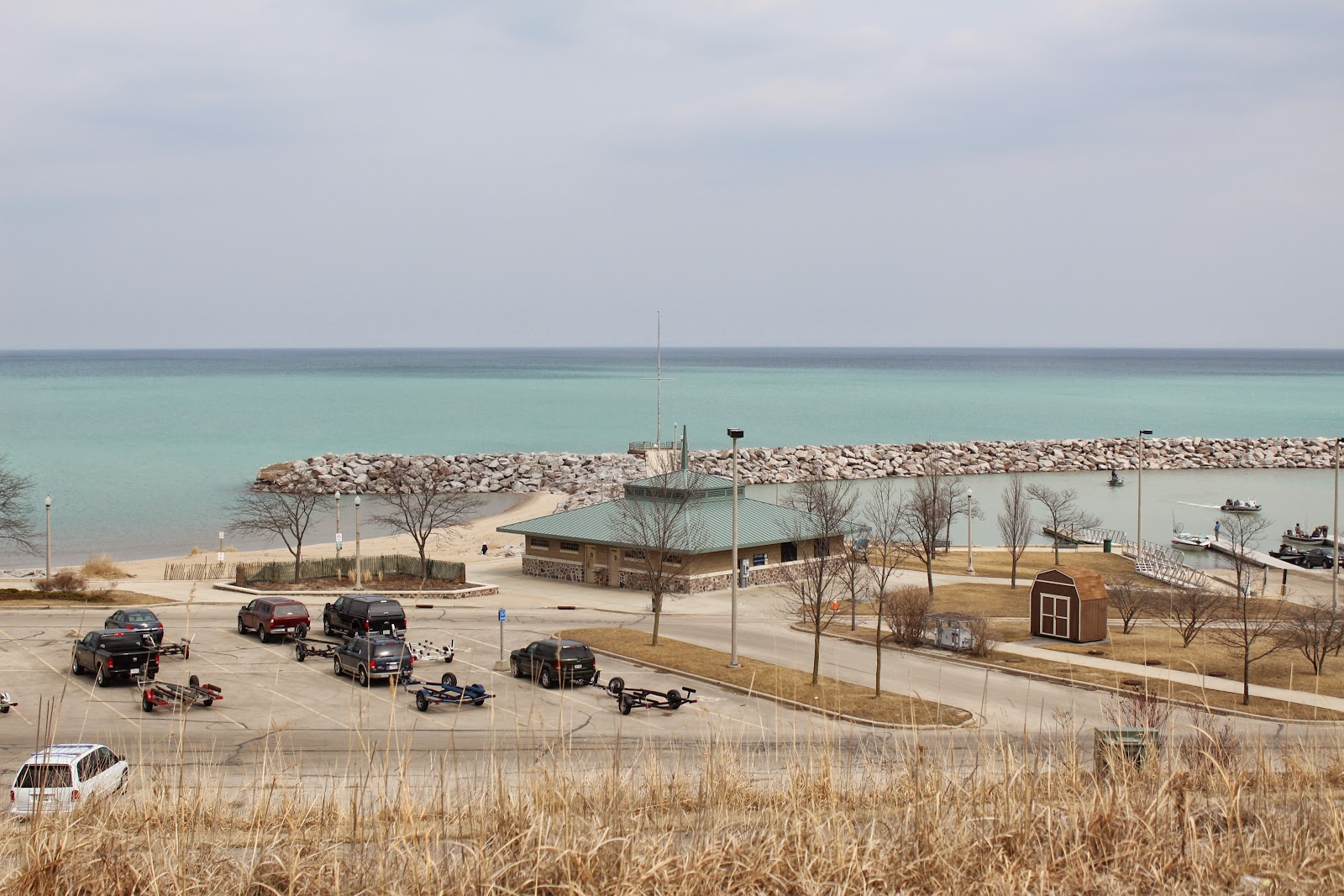 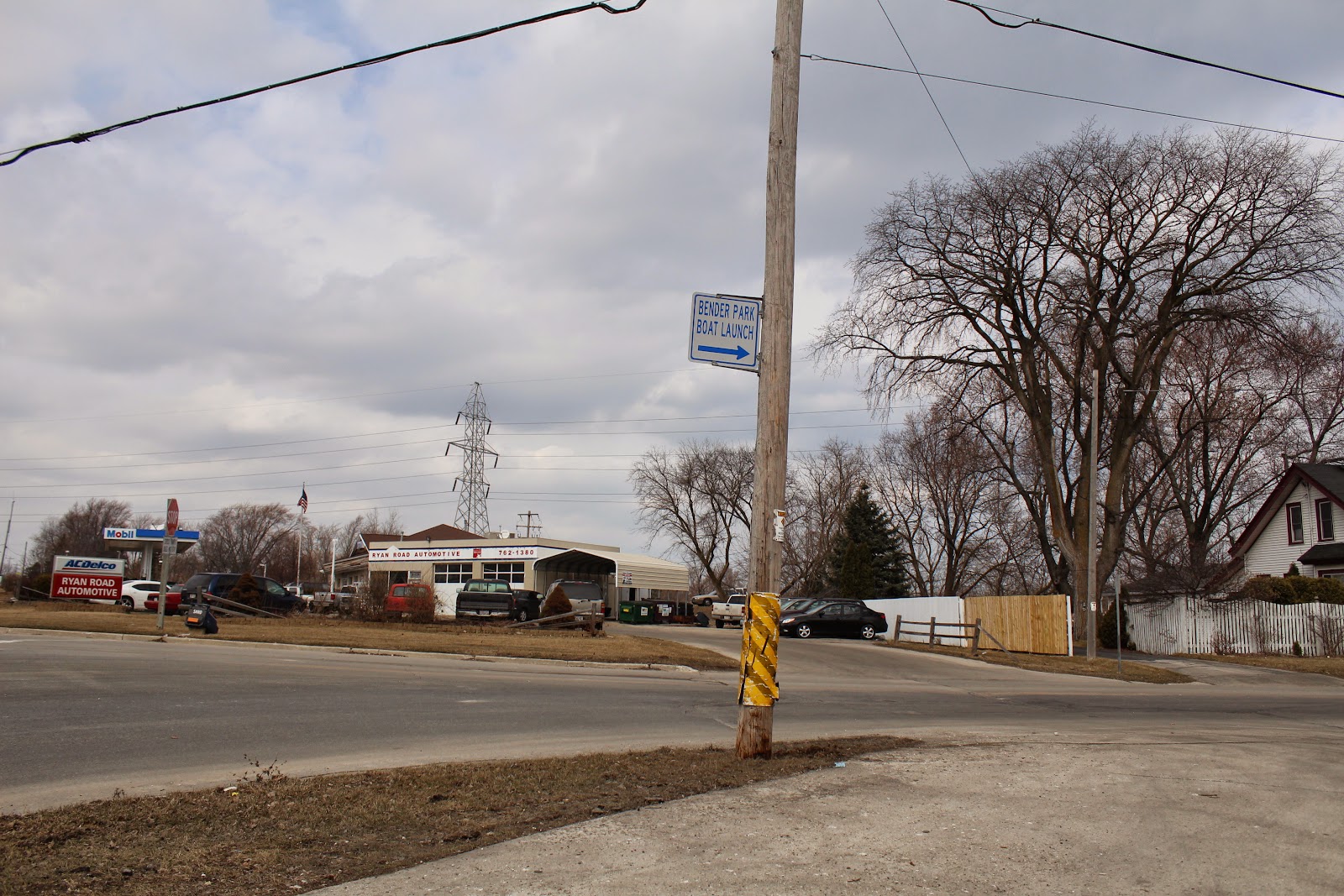 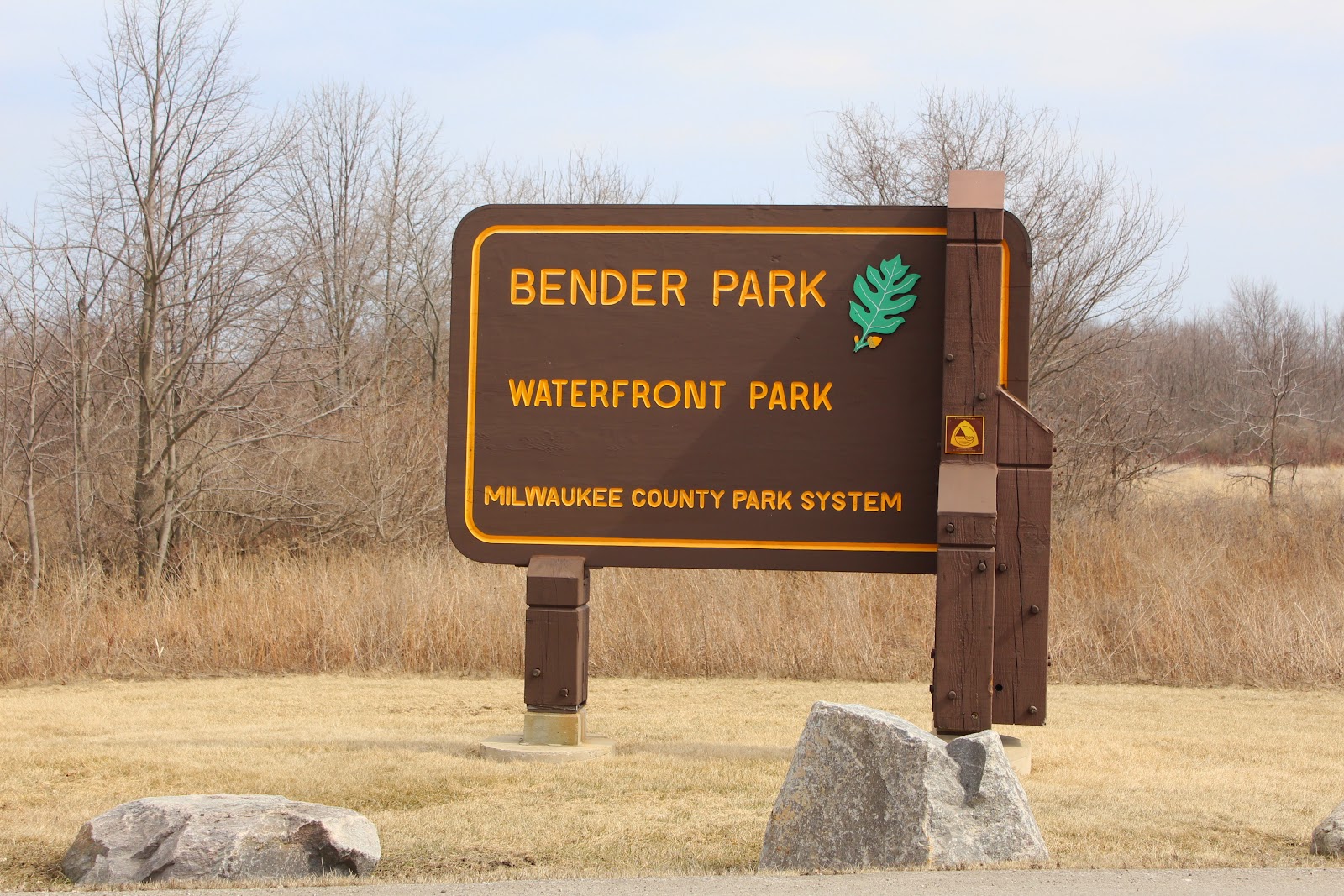 The marker is at the boat launch at Bender Park Waterfront Park.