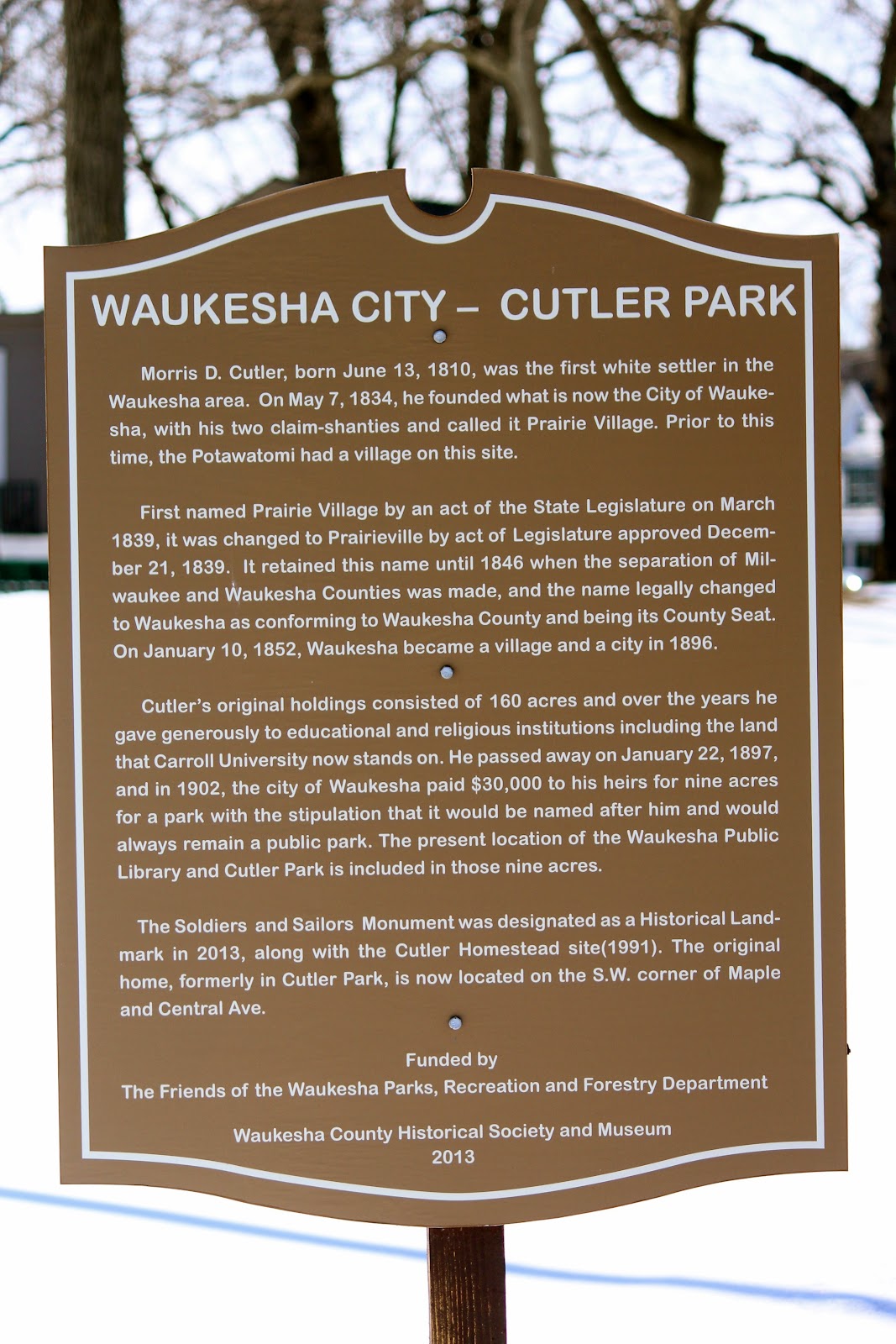 Morris D. Cutler, born June 13, 1810, was the first white settler in the Waukesha area. On May 7, 1834, he founded what is now the City of Waukesha, with his two claim-shanties and called it Prairie Village. Prior to this time, the Potawatomi had a village on this site.

First named Prairie Village by an act of the State Legislature on March 1839, it was changed to Prairieville by act of Legislature approved December 21, 1839. It retained this name until 1846 when the separation of Milwaukee and Waukesha Counties was made, and the name legally changed to Waukesha as conforming to Waukesha County and being its County Seat. On January 10, 1852, Waukesha became a village and a city in 1896.

Cutler's original holdings consisted of 160 acres and over the years he gave generously to educational and religious institutions including the land that Carroll University now stands on. He passed away on January 22, 1897, and in 1902, the city of Waukesha paid $30,000 to his heirs for nine acres for a park with the stipulation that it would be named after him and would always remain a public park. The present location of the Waukesha Public Library and Cutler Park is included in those nine acres.

The Soldiers and Sailors Monument was designated as a Historical Landmark in 2013, along with the Cutler Homestead site (1991).

The original home, formerly in Cutler Park, is now located on the S.W. corner of Maple and Central Ave.


NOTE: There is no parking on Wisconsin Avenue, near the marker location. There is parking on southbound Maple Avenue, and a small parking lot accessible from southbound North Grand Avenue. Use the Soldiers and Sailors monument as your guide; it is impossible to miss.

Containing an account of its settlement, growth, development and resources; an extensive and minute sketch of its cities, towns and villages--their improvements, industries, manufactories, churches, schools and societies; its war record, biographical sketches, portraits of prominent men and early settlers; the whole preceded by a history of Wisconsin, statistics of the state, and an abstract of its laws and Constitution and of the Constitution of the United States (1880)

The marker is No. 34-15 in a series of historical markers erected by the Waukesha County Historical Society. 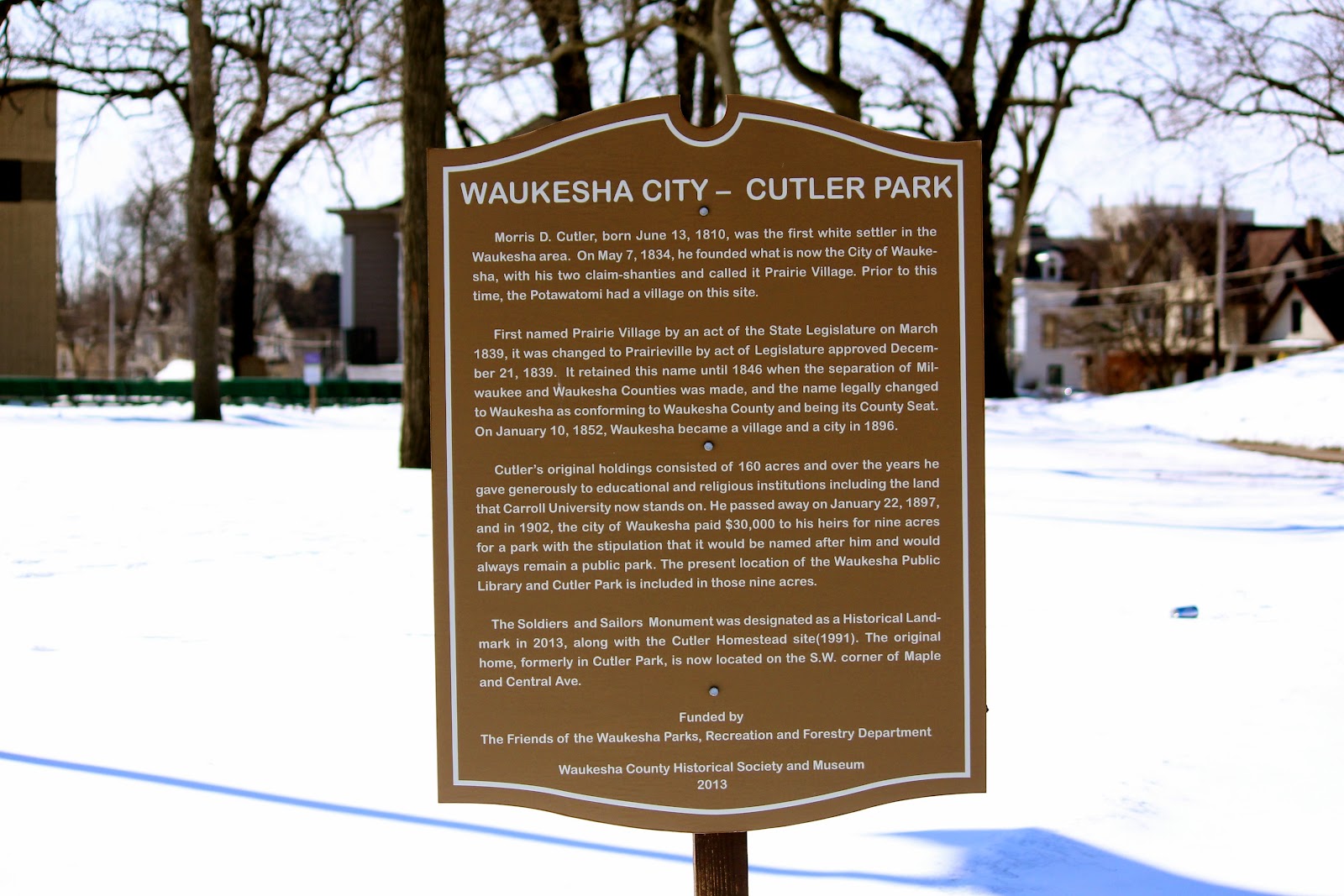 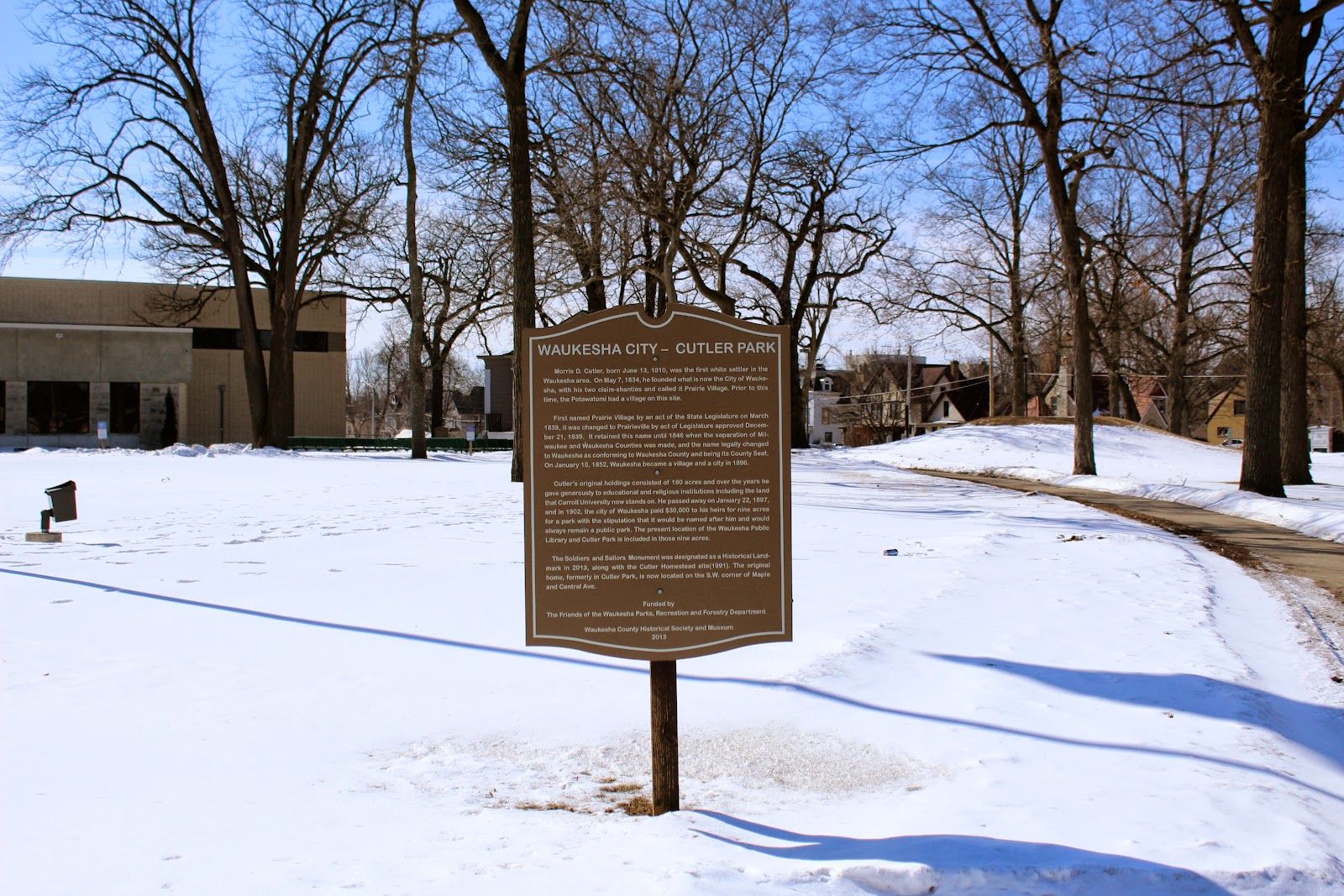 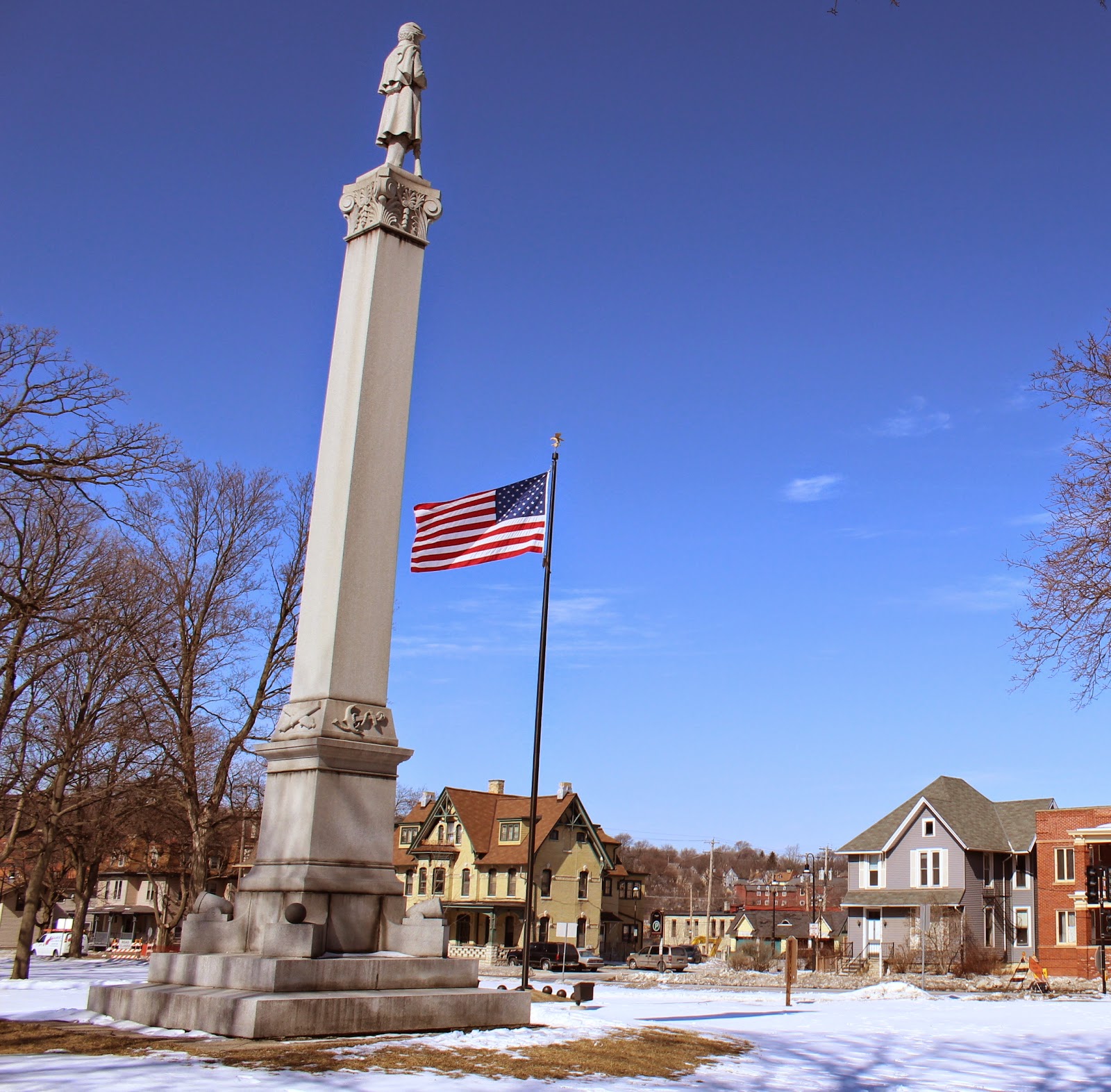 The marker is visible to the right of the American flag. 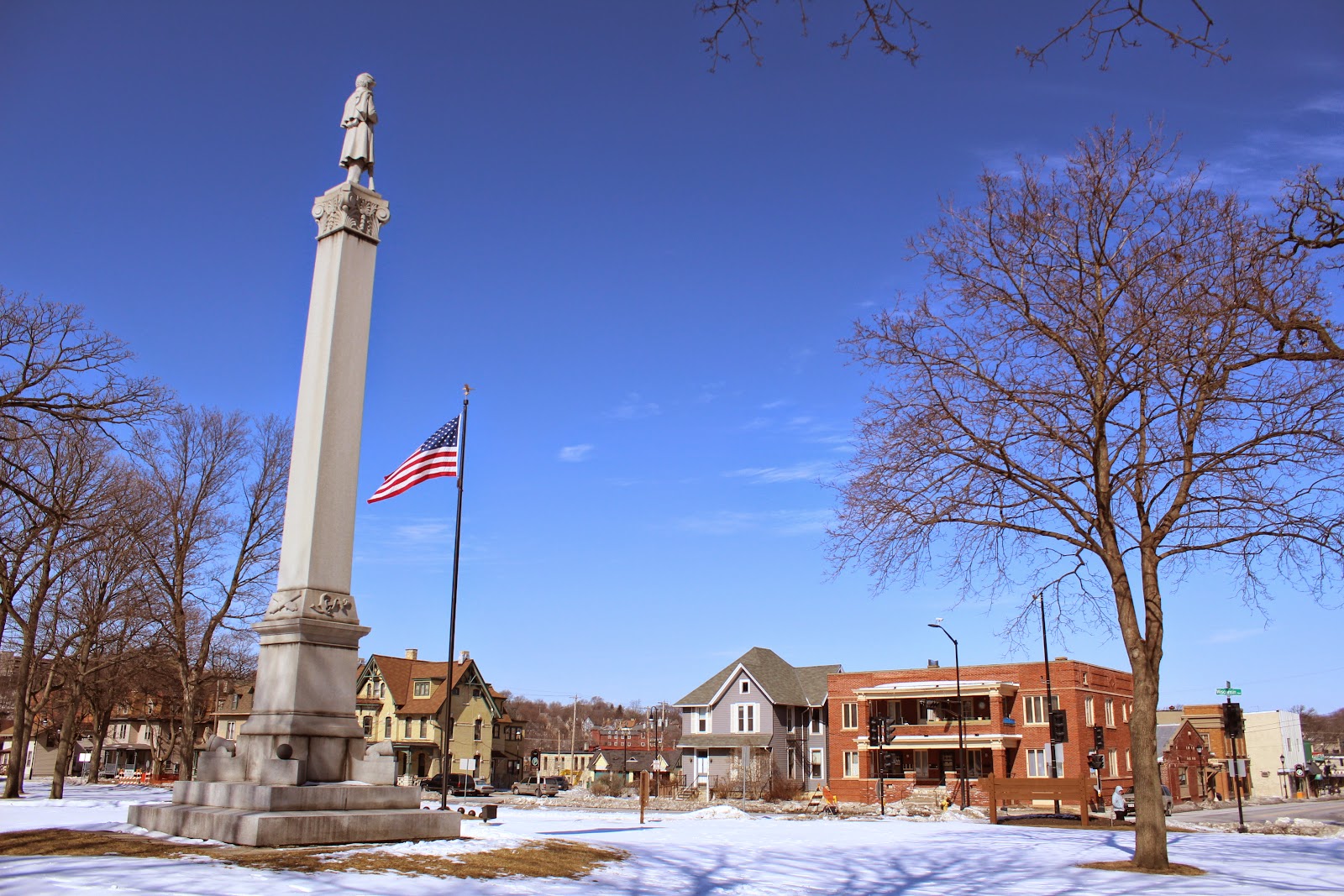 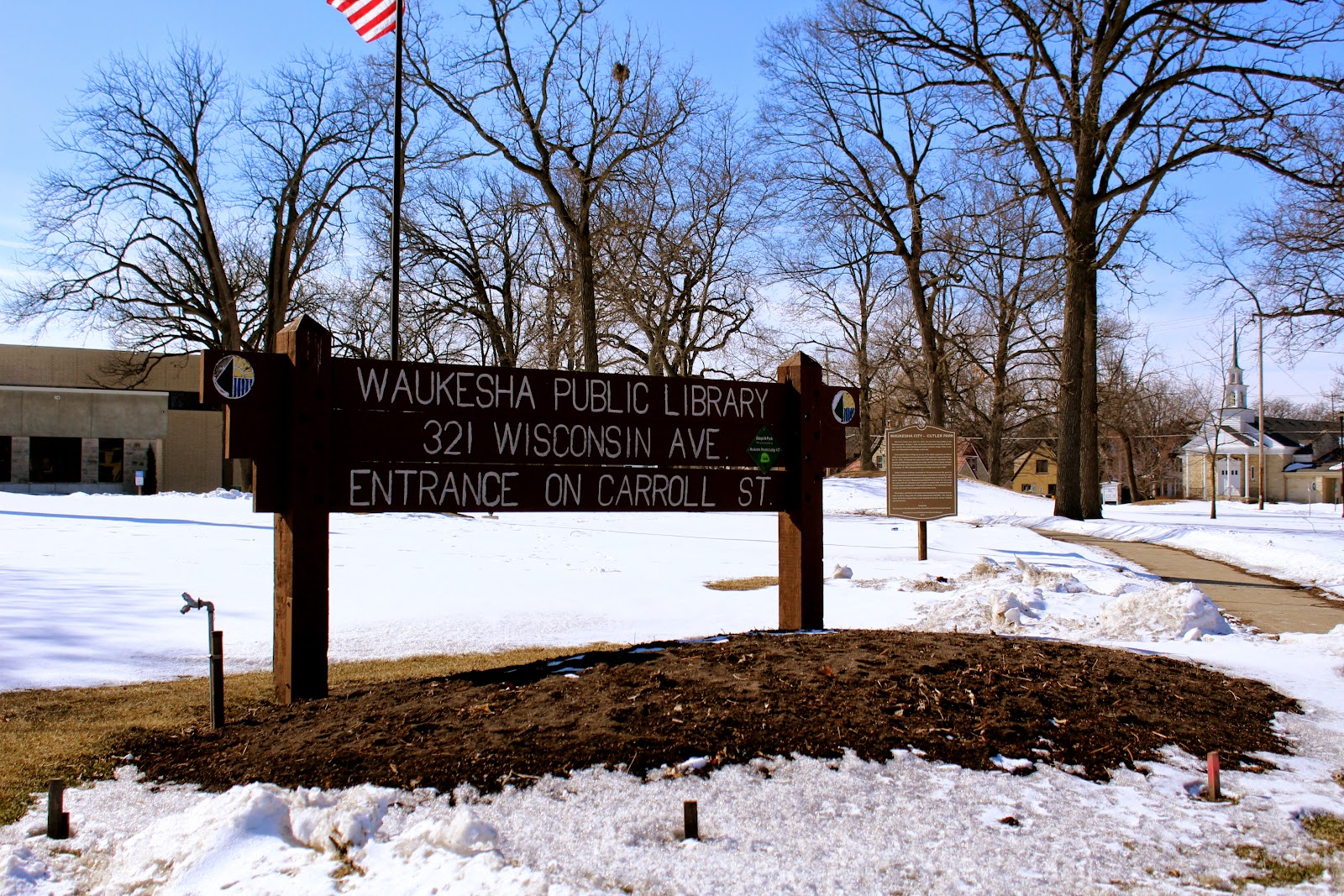