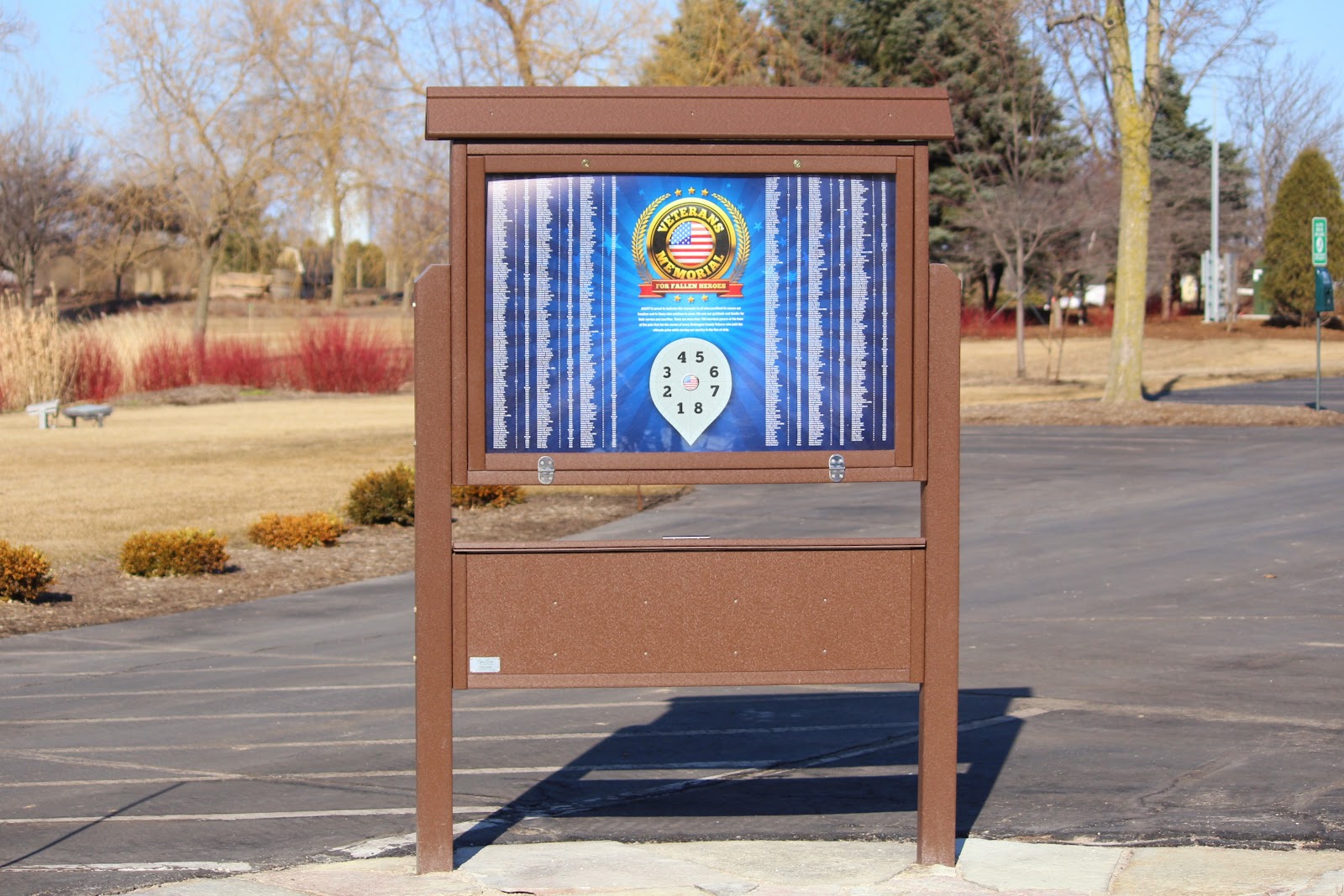 
The Veterans Memorial for Fallen Heroes is located at the base of the "World's Tallest Symbol of Freedom", located adjacent to the parking lot of Acuity Insurance at 2800 South Taylor Drive, Sheboygan, Wisconsin 53081.

The memorial bricks contain the names of 750 Sheboygan County soldiers who died in the line of duty from the Civil War to the present.

Click here for more information about The World's Largest Symbol of Freedom.

Acuity Insurance, Home of the World's Tallest Symbol of Freedom 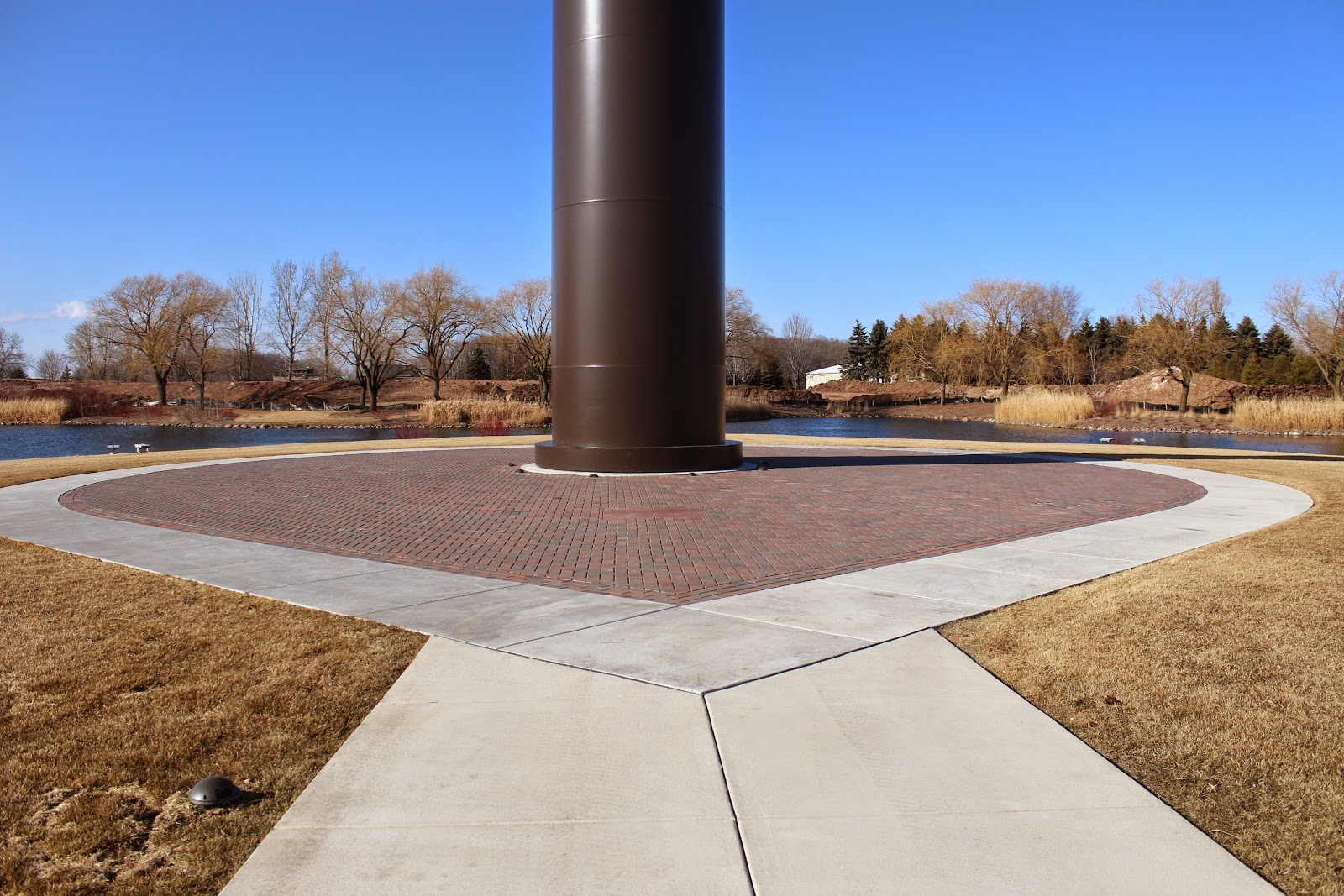 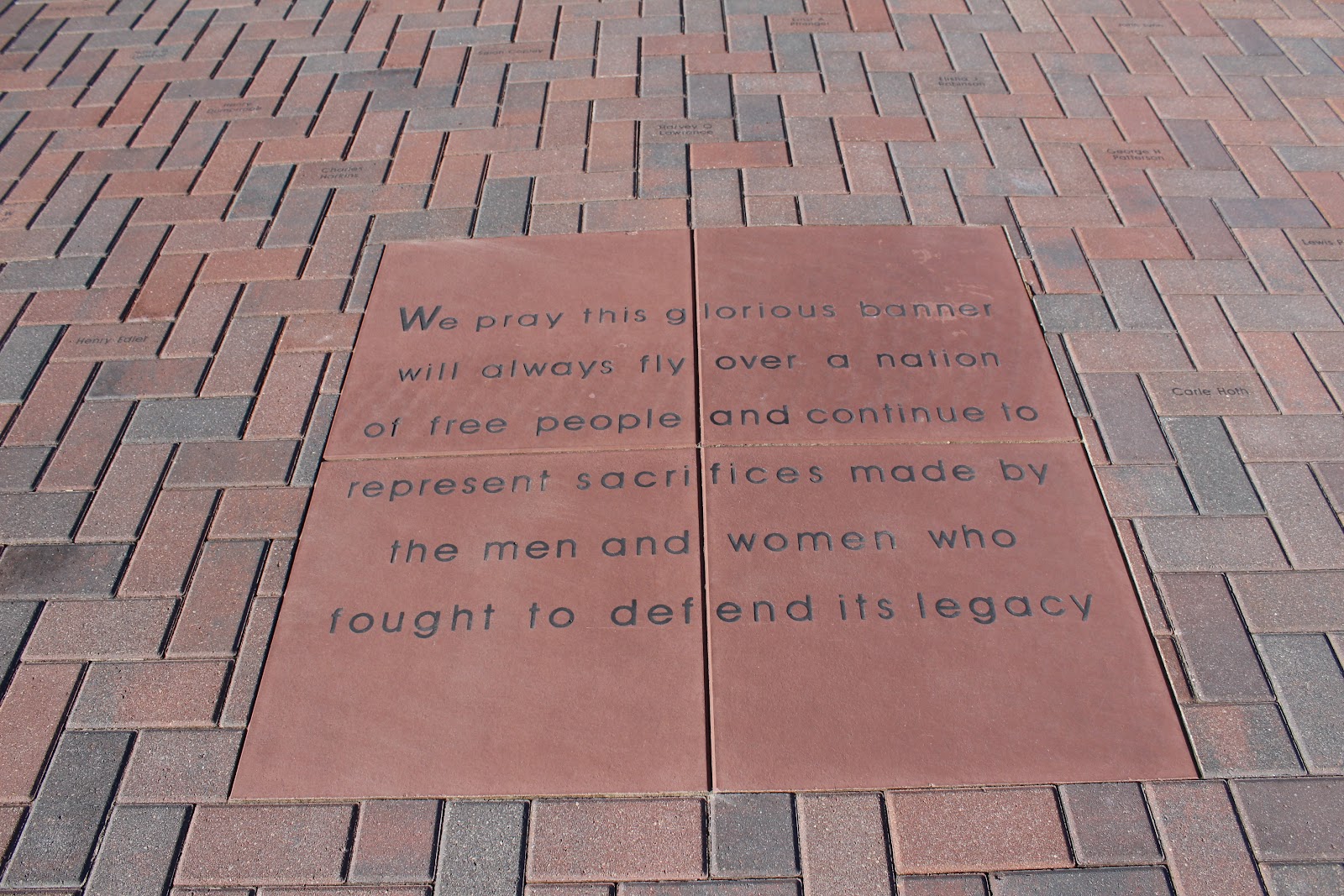 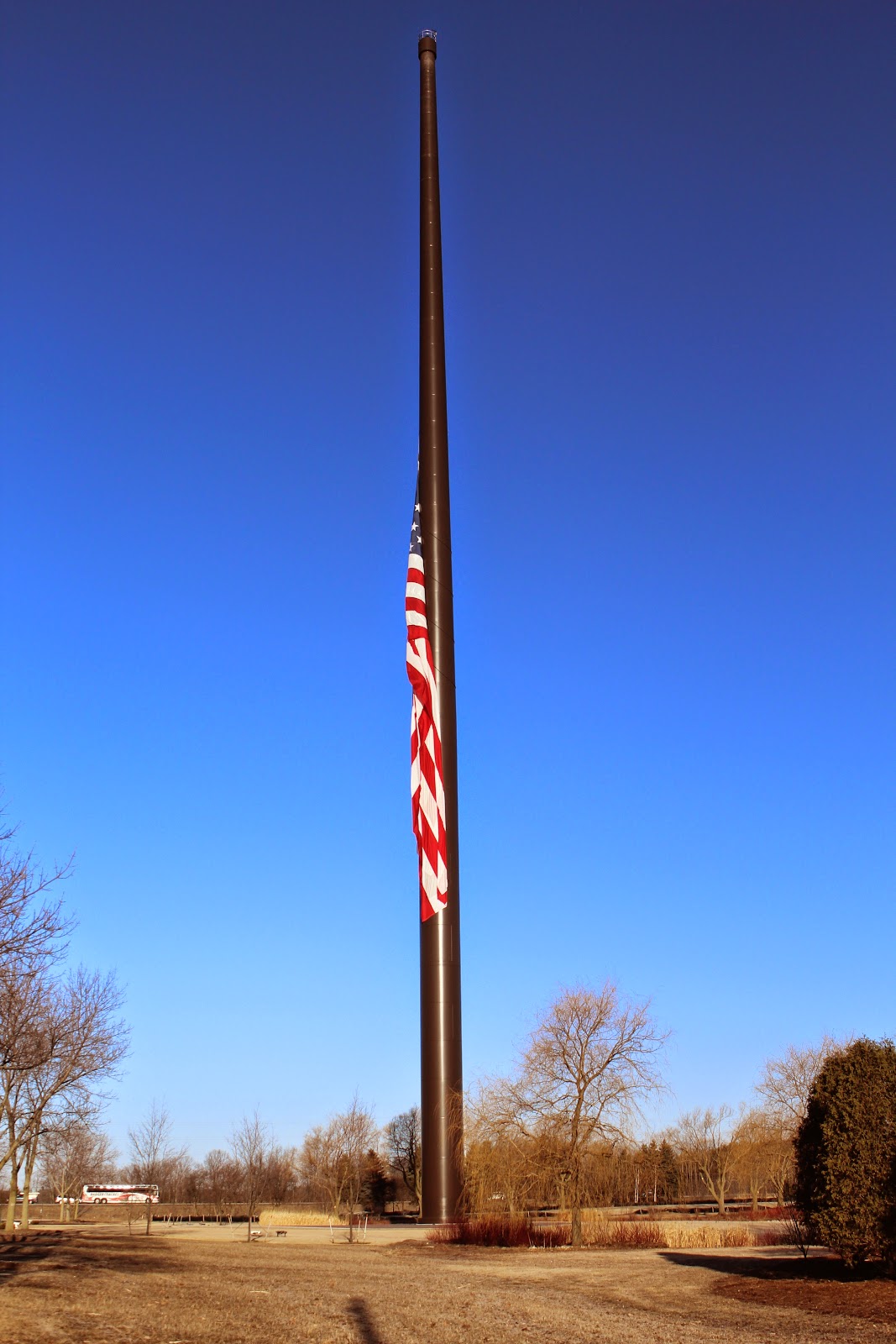 
The flag was flying at half mast on the day of my visit, to honor 21-year-old Wisconsin State Patrol Trooper Trevor Casper, who died in a shoot out with a suspected bank robber on March 25, 2015.
Young Wisconsin Trooper Killed on First Solo Patrol 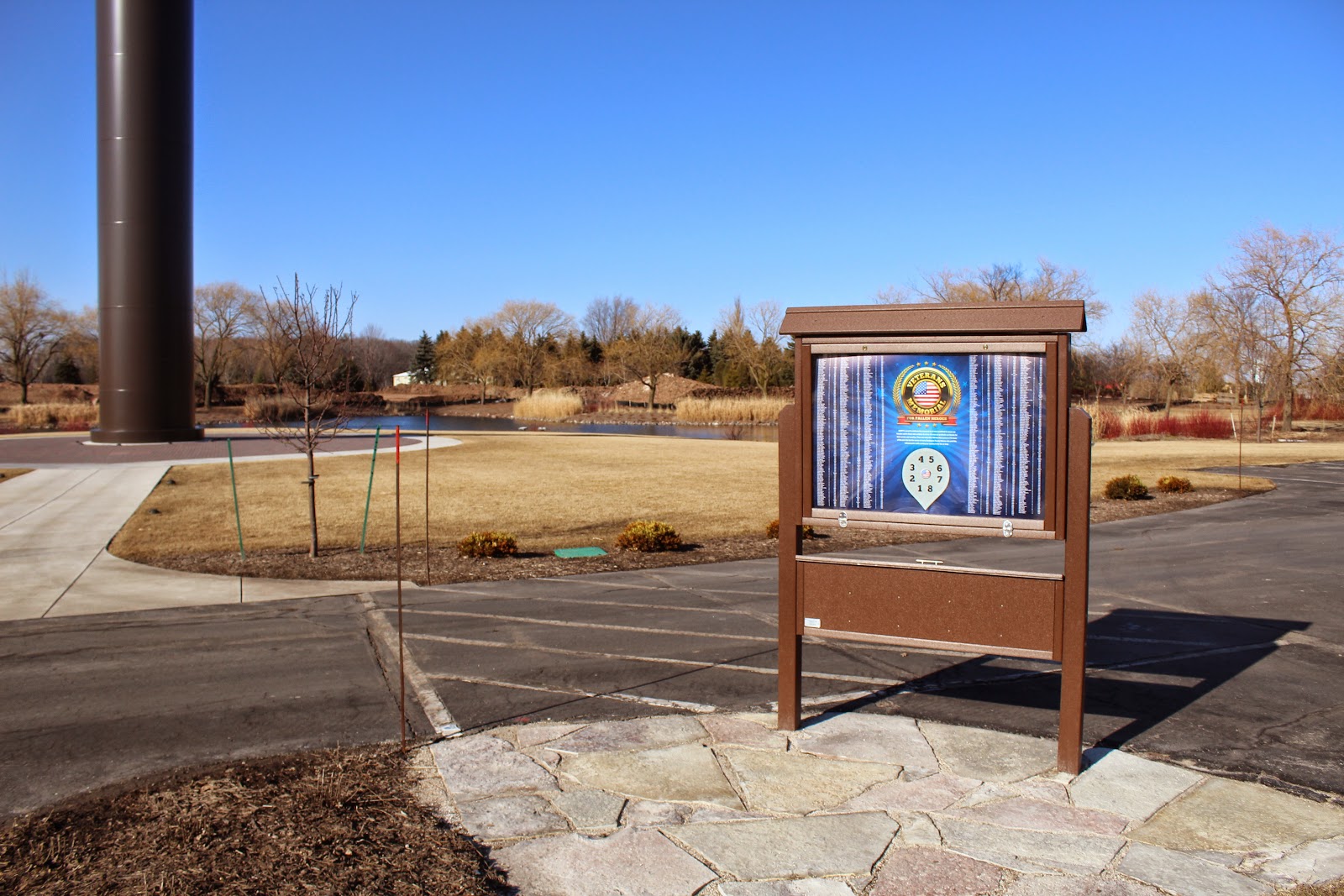 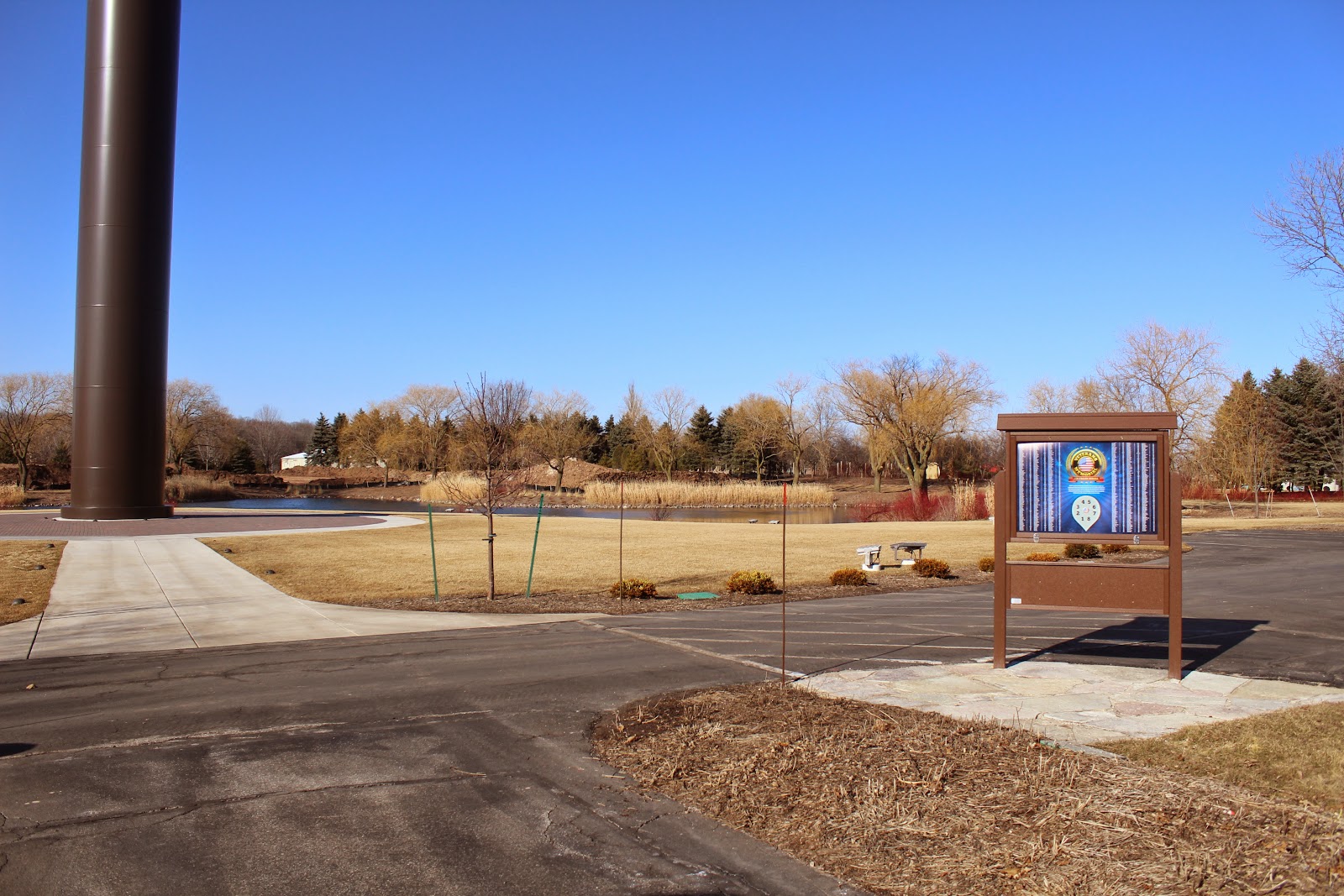 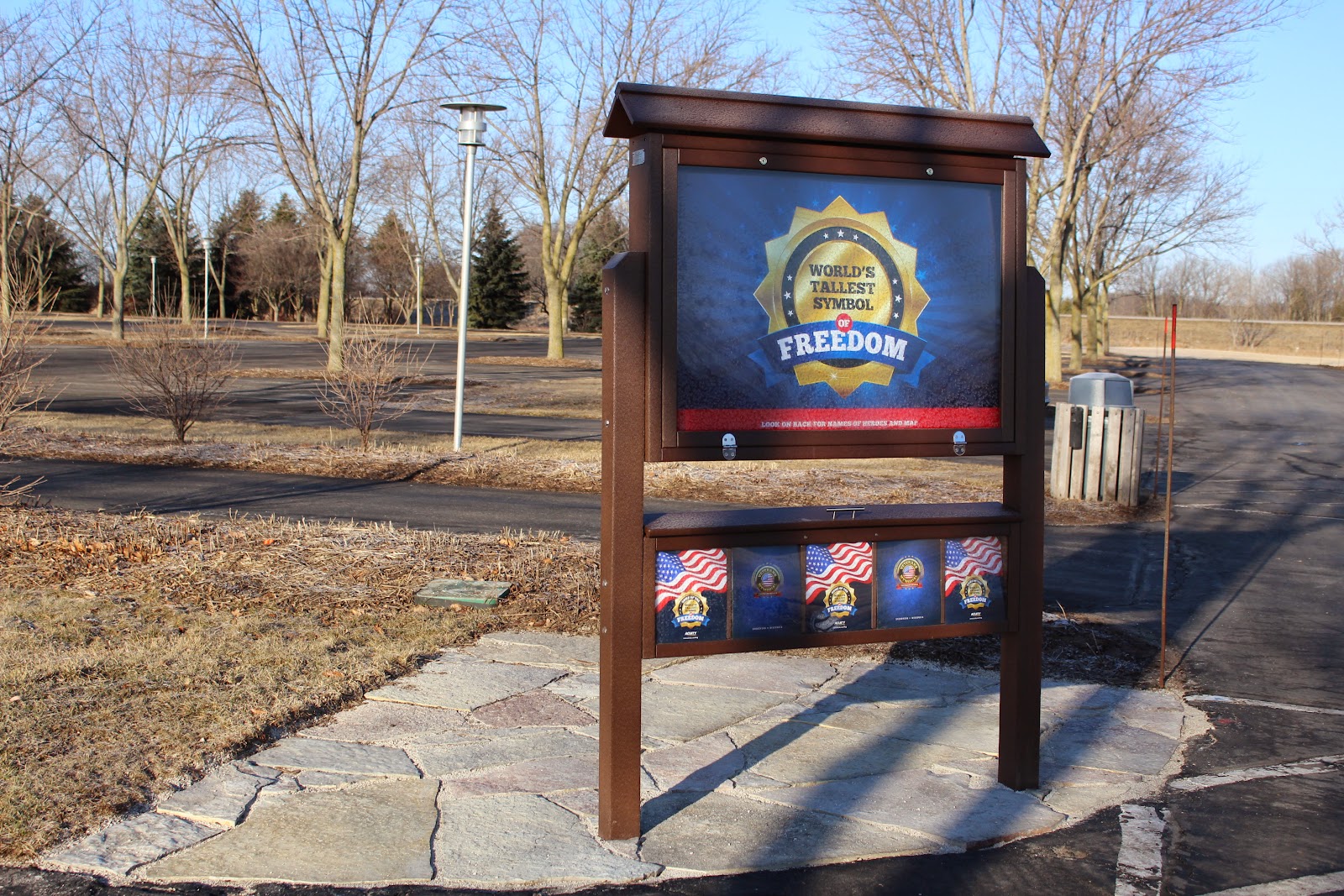 The Veterans Memorial is located at the base of
The World's Largest Symbol of Freedom.