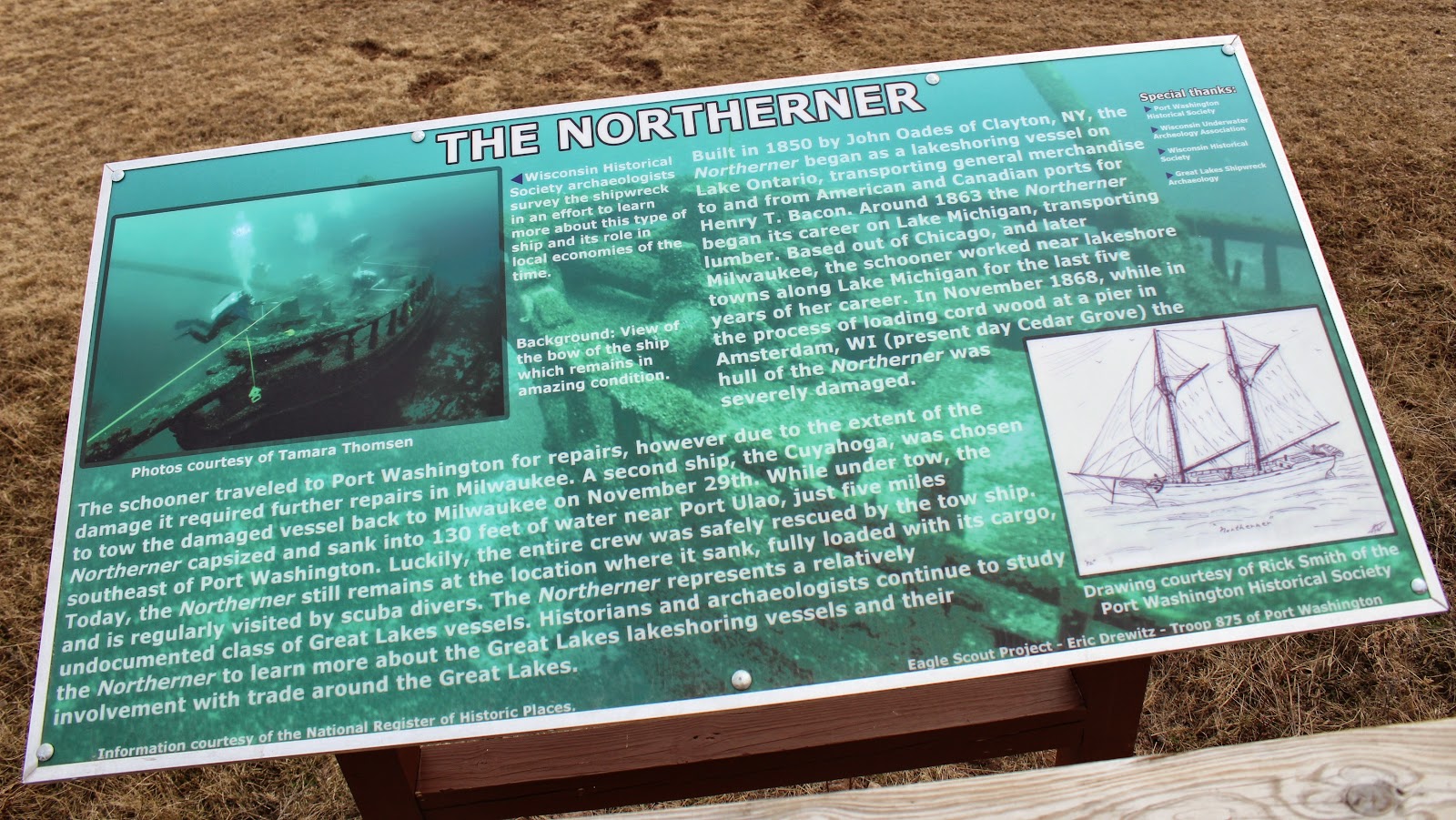 Built in 1850 by John Oades of Clayton, NY, the Northerner began as a lakeshoring vessel on Lake Ontario, transporting general merchandise to and from American and Canadian ports for Henry T. Bacon. Around 1863 the Northerner began its career on Lake Michigan, transporting lumber. Based out of Chicago, and later Milwaukee, the schooner worked near lakeshore towns along Lake Michigan for the last five years of her career. In November 1868, while in the process of loading cord wood at a pier in Amsterdam, WI (present day Cedar Grove) the hull of the Northerner was severely damaged.

The schooner traveled to Port Washington for repairs, however [sic] due to the extent of the damage [sic] it required further repairs in Milwaukee.  A second ship, the Cuyahoga [sic], was chosen to tow the damaged vessel back to Milwaukee on November 29th. While under tow, the Northerner capsized and sank into 130 feet of water near Port Ulao, just five miles southeast of Port Washington. Luckily, the entire crew was safely rescued by the tow ship.

Today, the Northerner still remains at the location where it sank, fully loaded with its cargo, and is regularly visited by scuba divers. The Northerner represents a relatively undocumented class of Great Lakes vessels. Historians and archaeologists continue to study involvement with trade around the Great Lakes.

Special thanks:
Information courtesy of the National Register of Historic Places.

The marker is located at the southeast section of Coal Dock Park and is accessible from South Wisconsin Street, just north of its intersection with West Chestnut Street, Port Washington, Wisconsin 53074.

The Northerner's shipwreck site is listed on the National Register of Historic Places: Wisconsin: Ozaukee County. 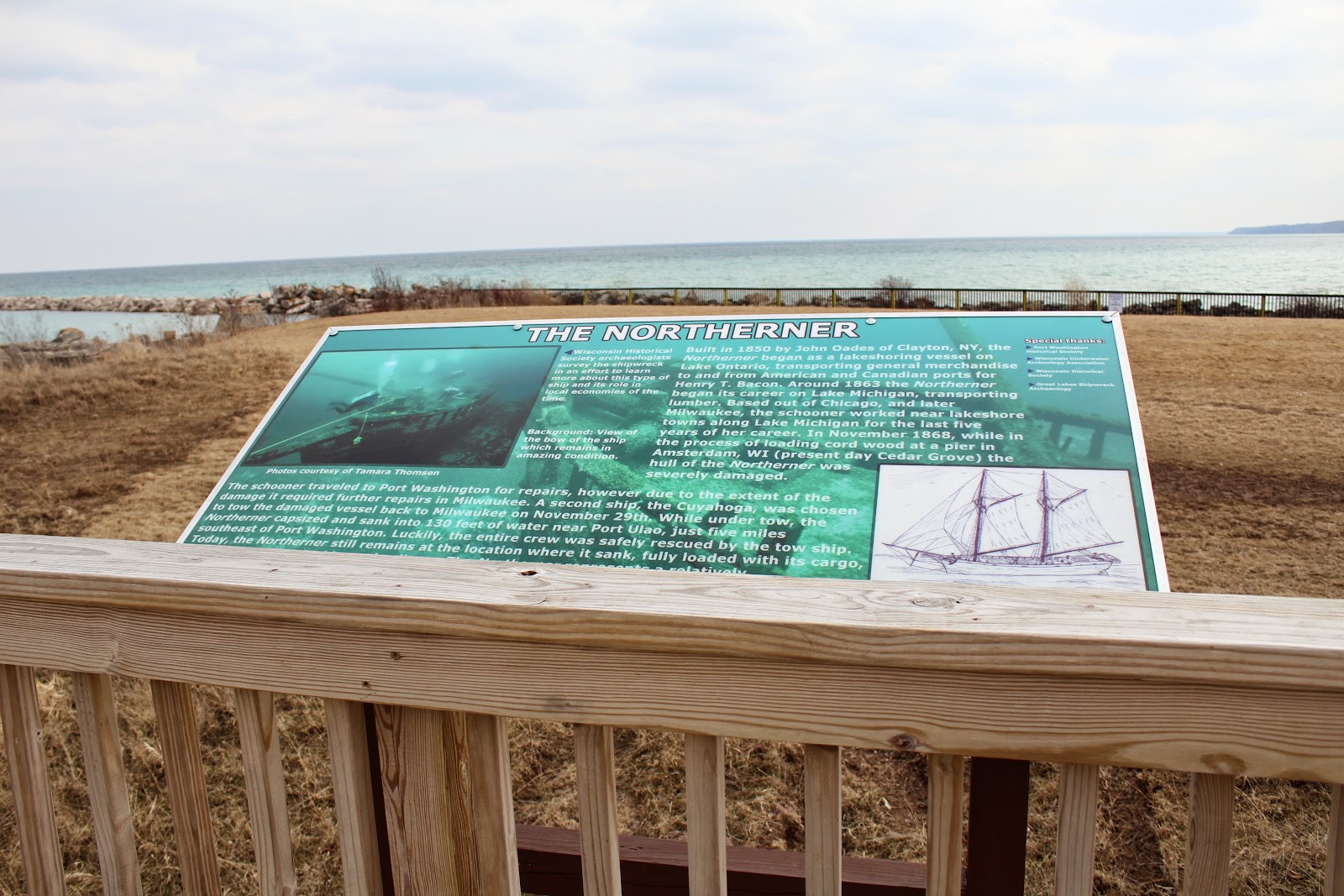 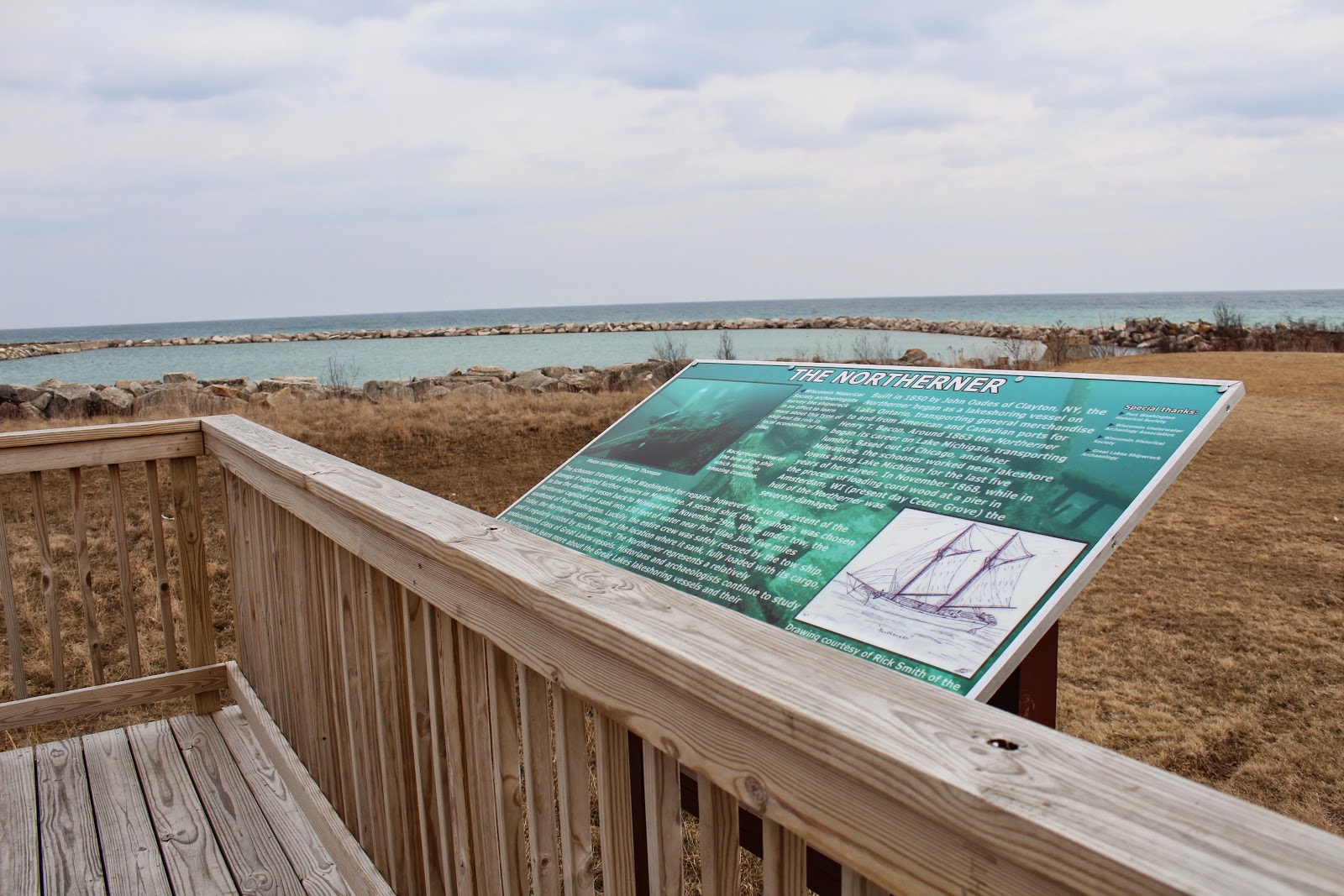 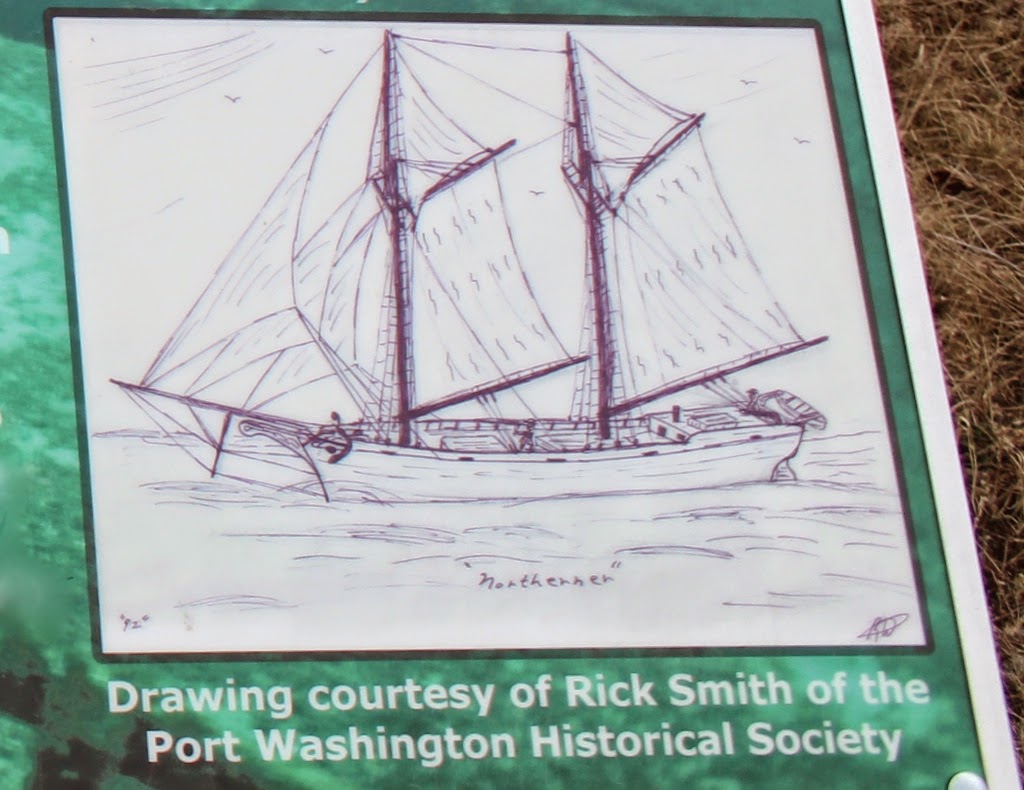 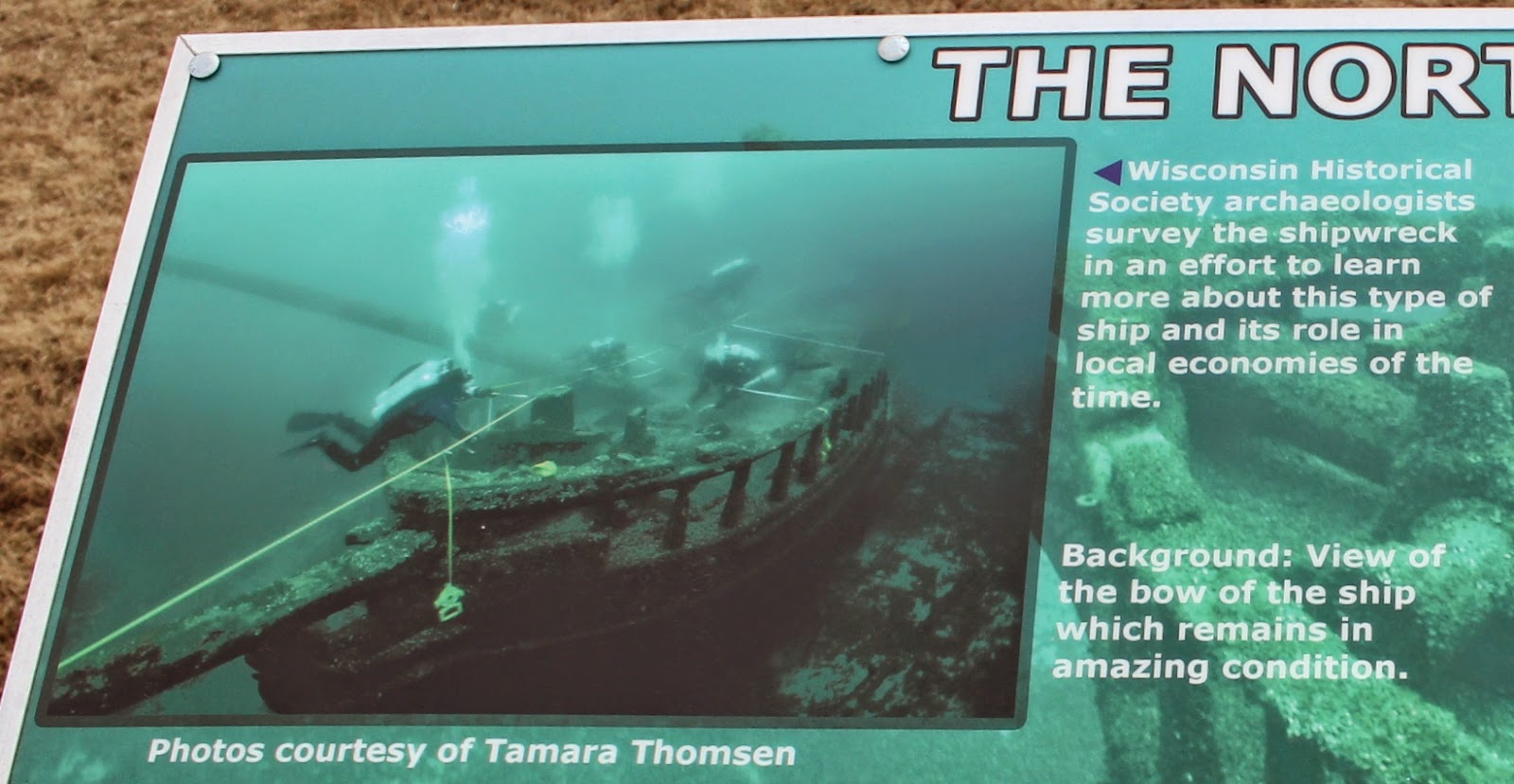 Wisconsin Historical Society archaeologists survey the shipwreck in an effort to learn more about this type of ship and its role in the local economies of the time.

Background: View of the bow of the ship which remains in amazing condition. 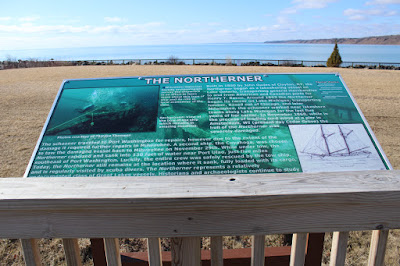 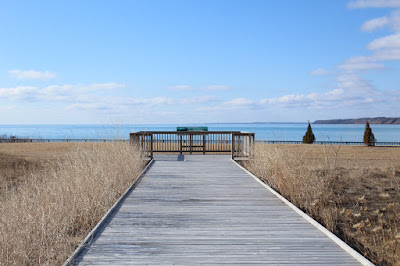 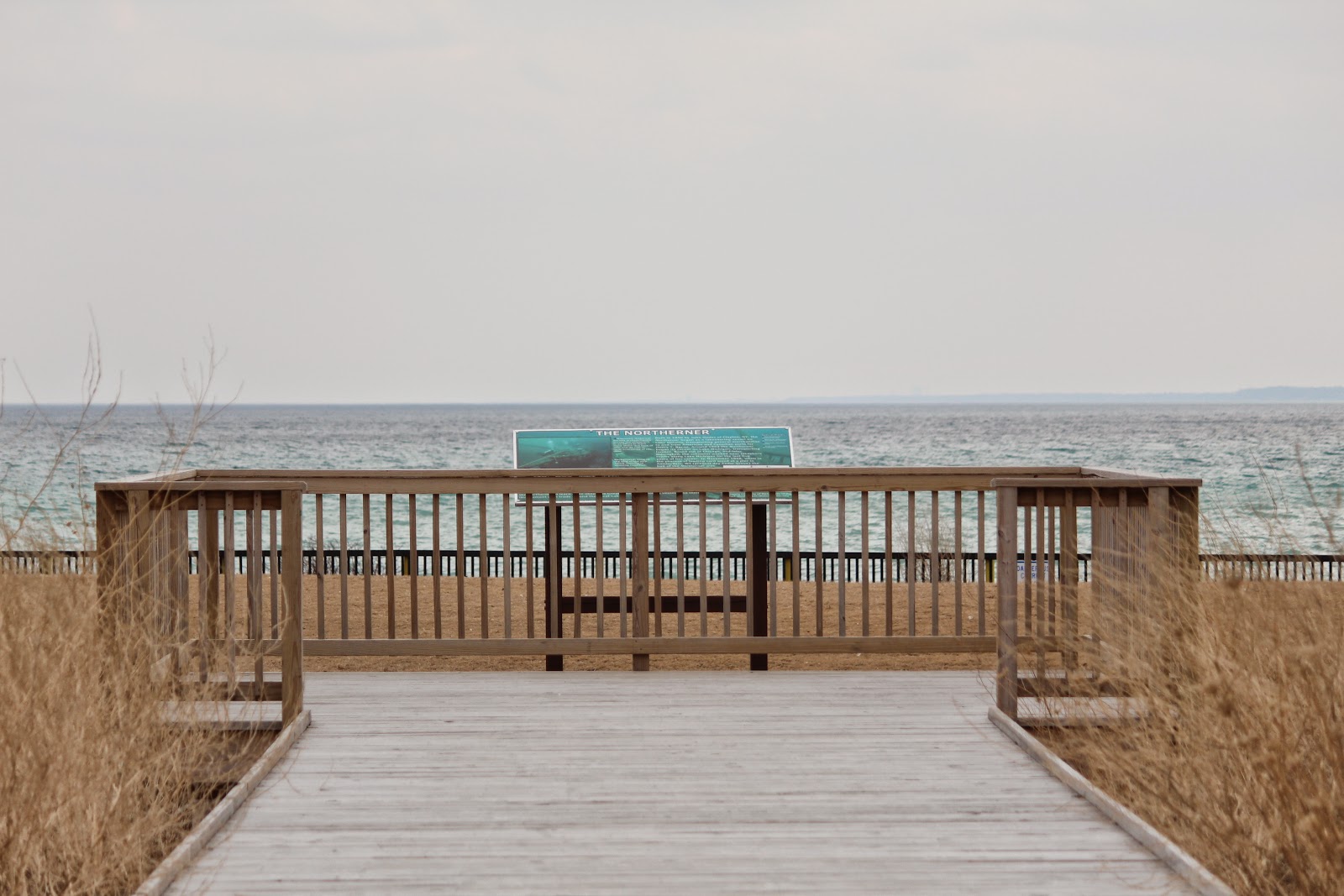 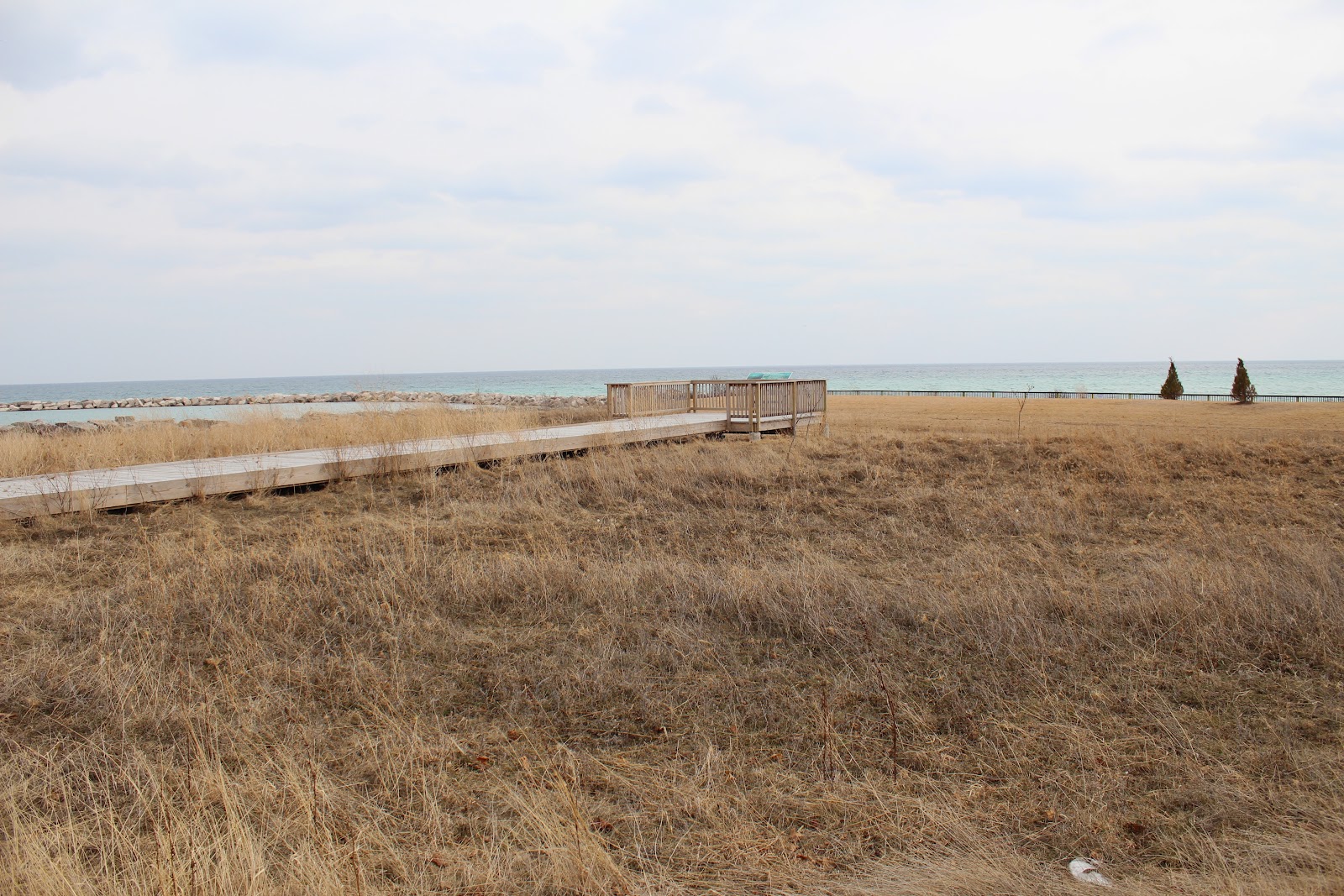 The marker is at the end of the boardwalk. 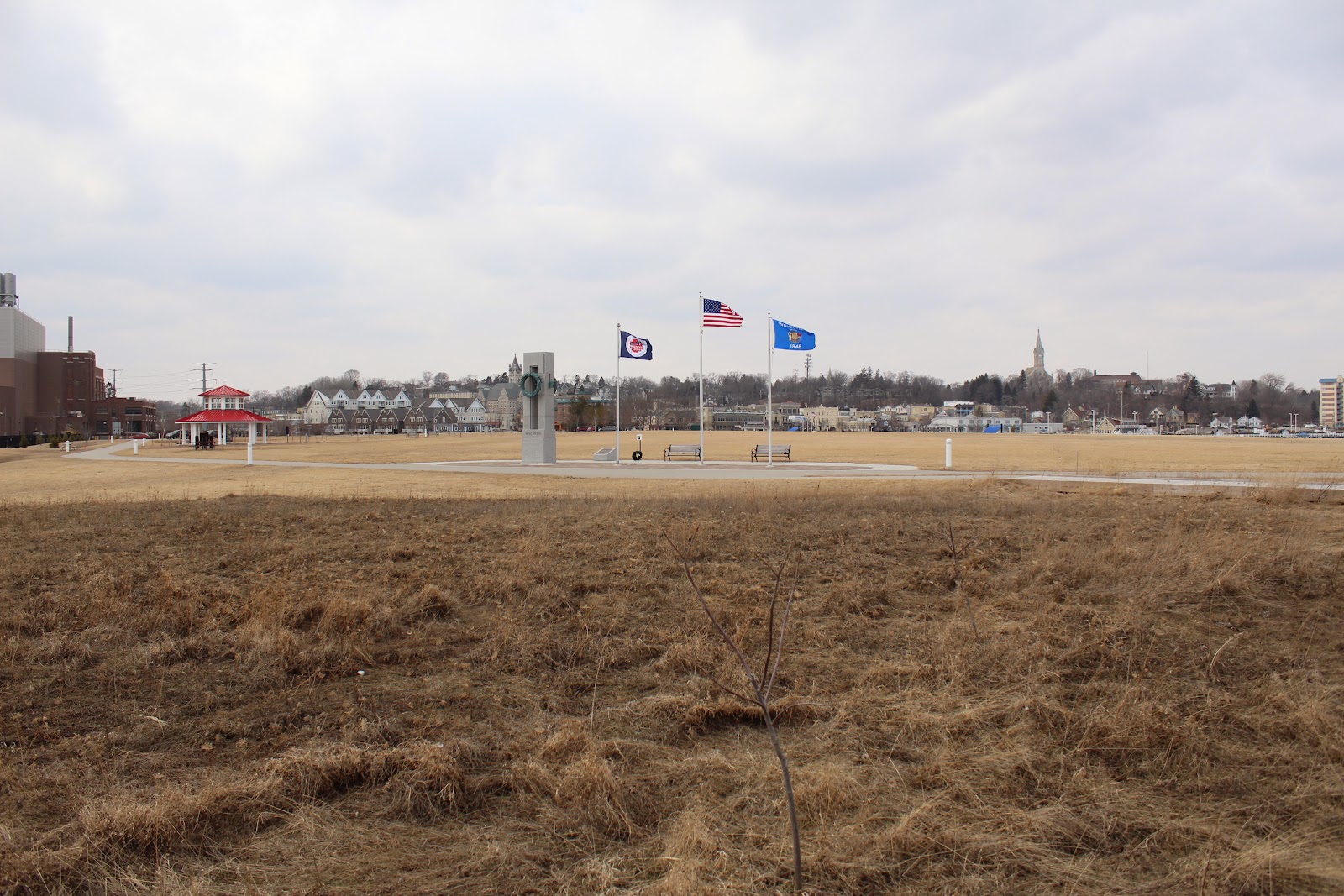