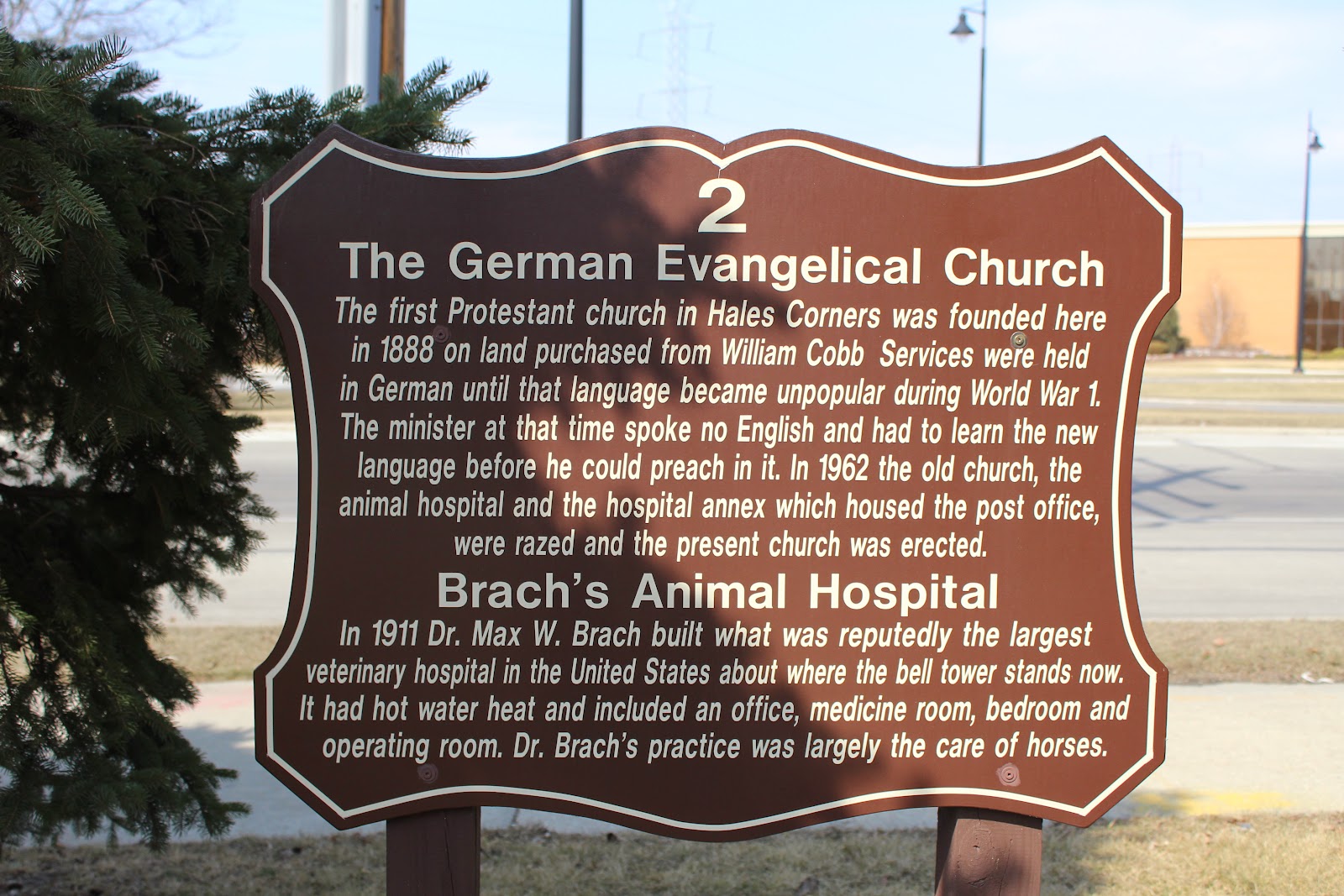 The first Protestant church in hales Corners was founded here in 1888 on land purchased from William Cobb. Services were held in German until that language became unpopular during World War I. The minister at that time spoke no English and had to learn the new language before he could preach in it. In 1962 the old church, the animal hospital and the hospital annex which housed the post office, were razed and the present church erected.

In 1911 Dr. Max W. Brach built what was reputedly the largest veterinary hospital in the United States about where the bell tower stands now. It had hot water heat and included an office, medicine room, bedroom and operating room. Dr. Brach’s practice was largely the care of horses. 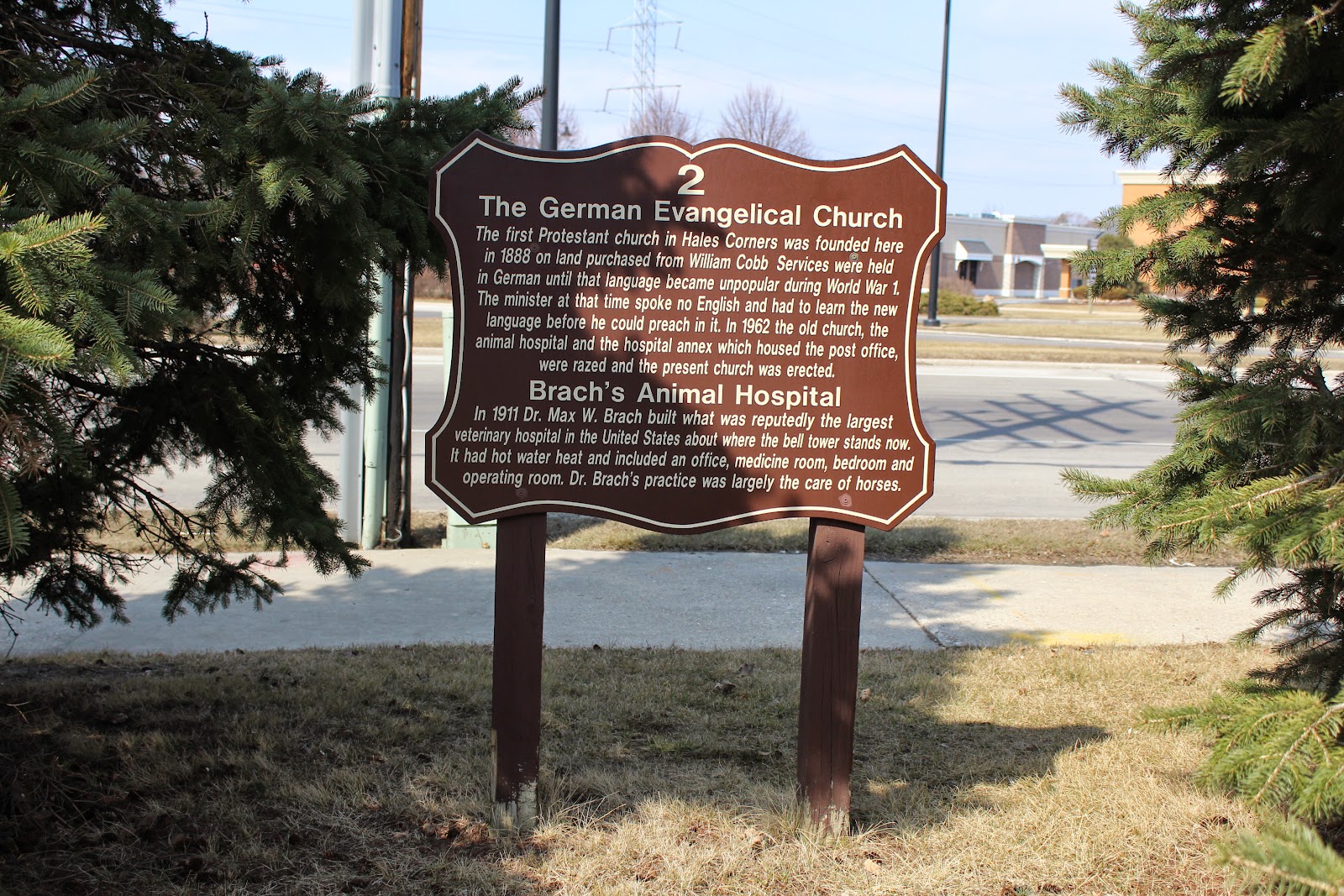 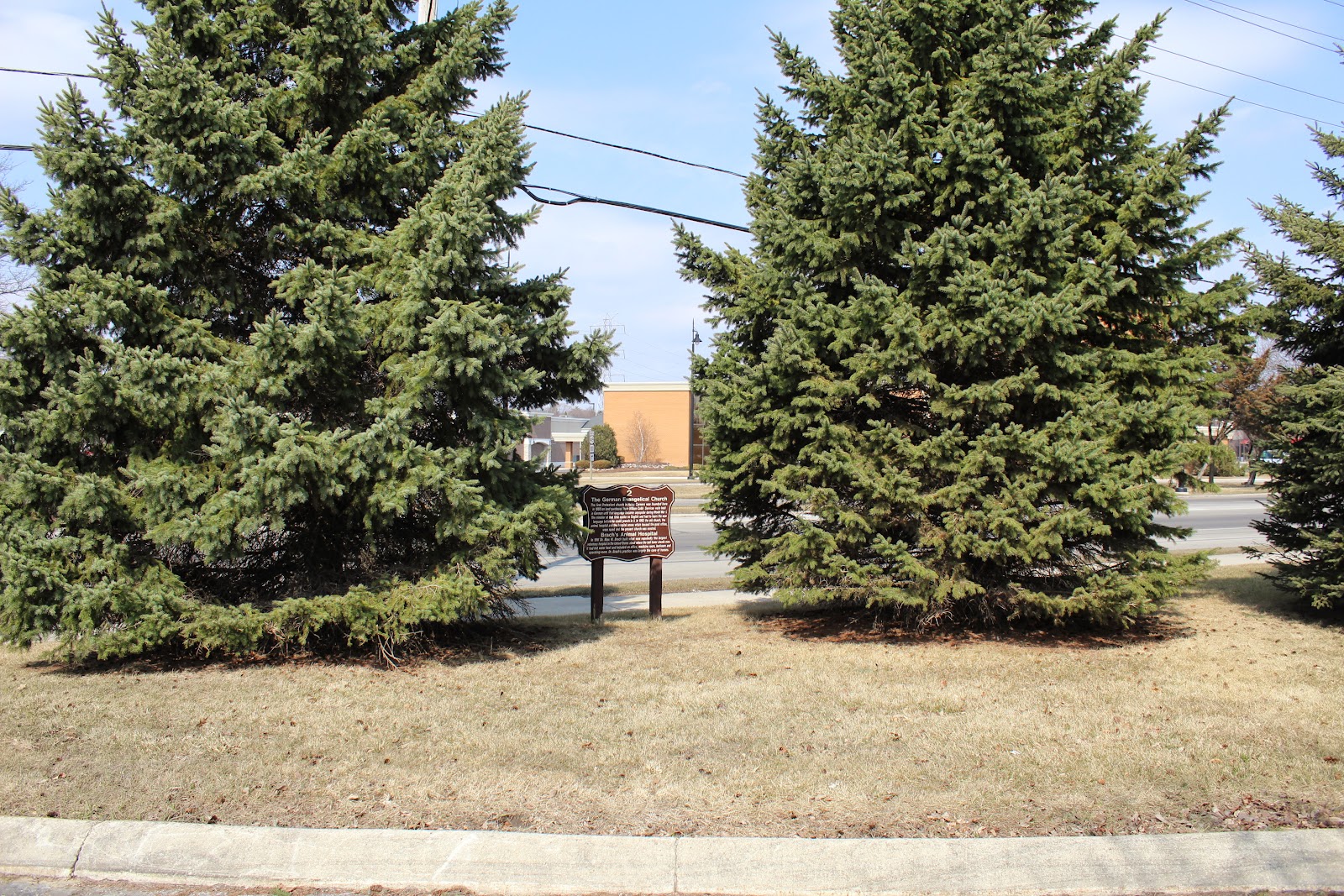 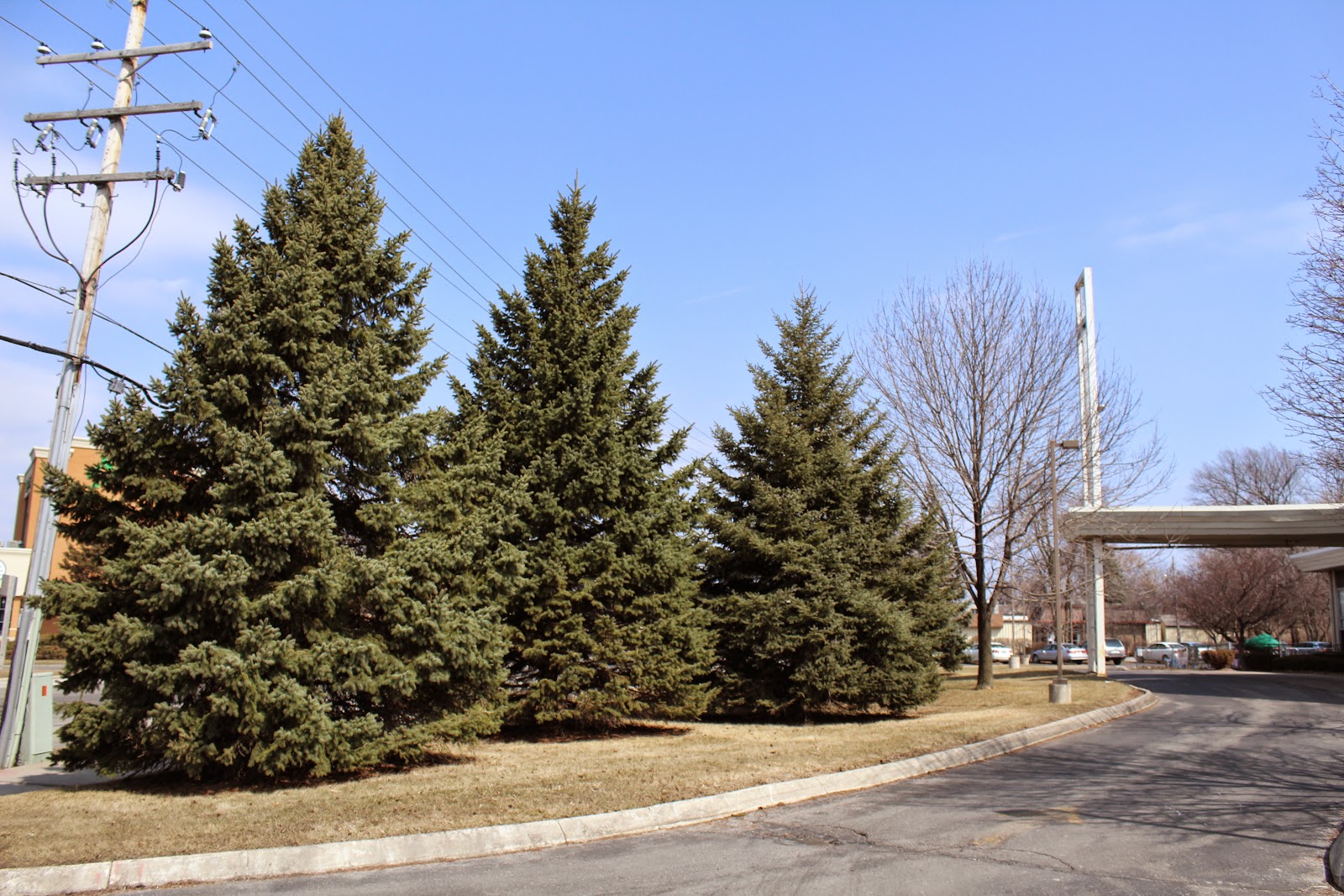 The marker is hidden between the first and second pines from the left. 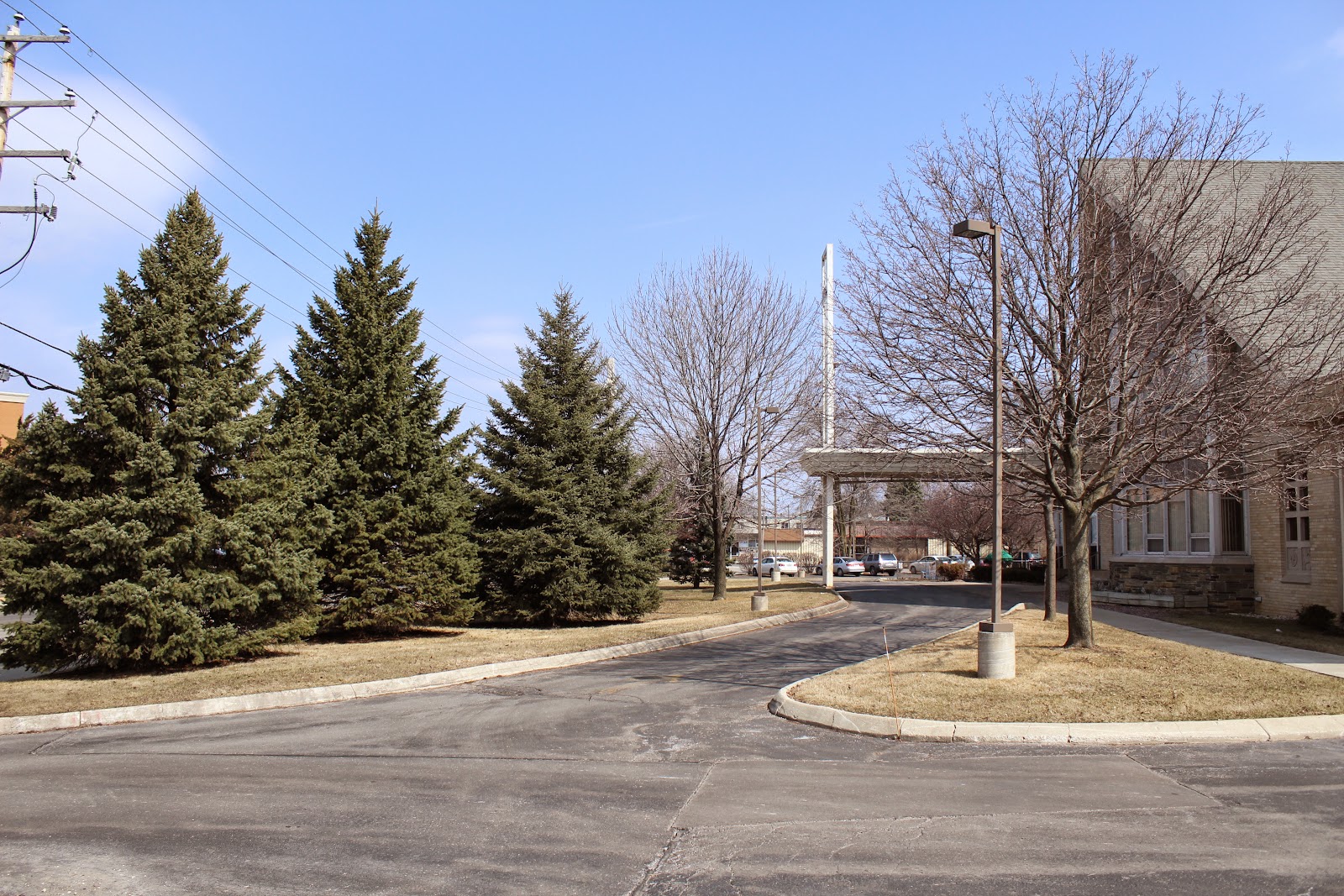