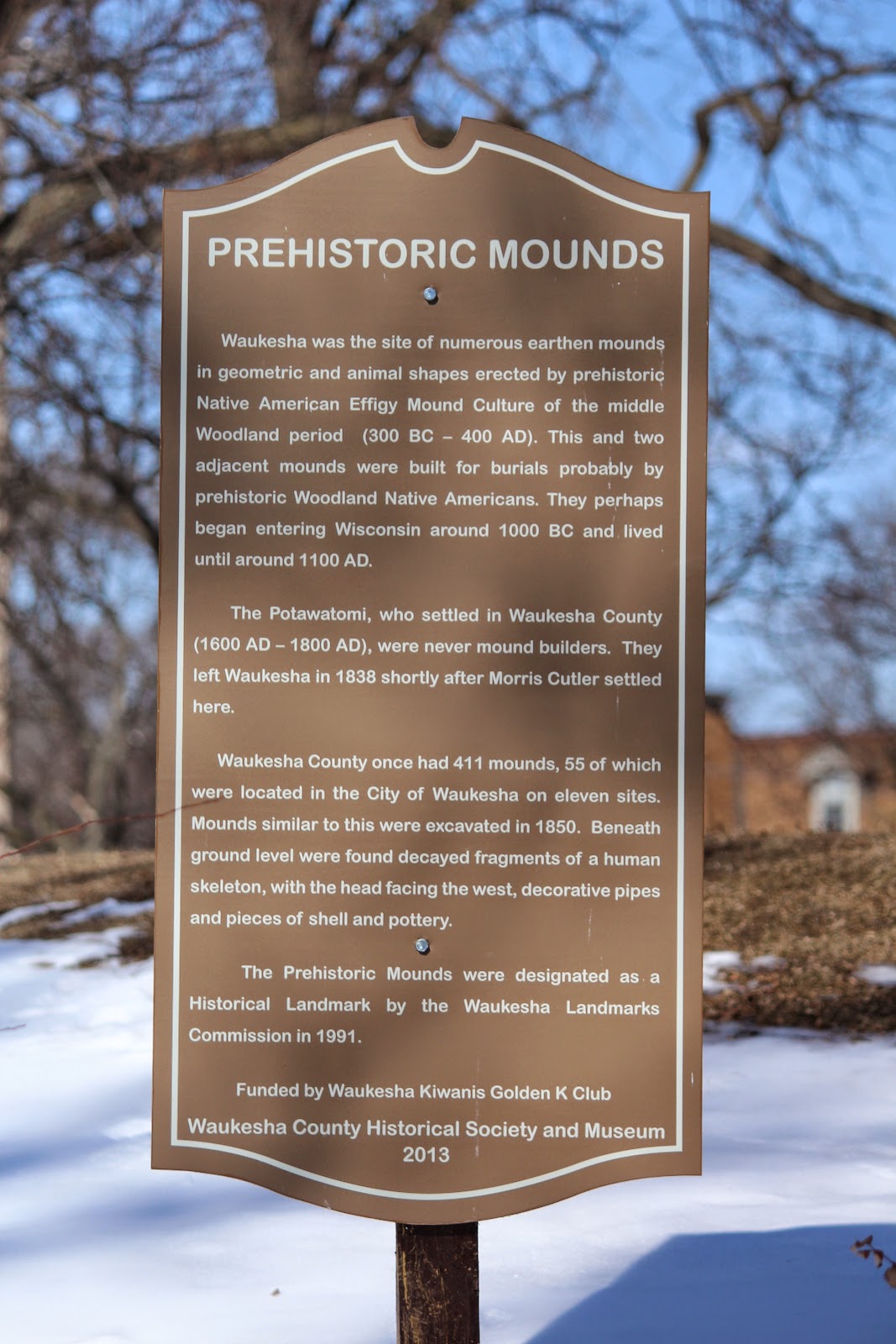 Waukesha was the site of numerous earthen mounds in geometric and animal shapes erected by prehistoric Native American Effigy Mound Culture of the middle Woodland period (300 BC - 400 AD). This and two adjacent mounds were built for burials probably by prehistoric Woodland Native Americans. They perhaps began entering Wisconsin around 1000 BC and lived until 1100 AD.

The Potawatomi, who settled in Waukesha County (1600 AD - 1800 AD), were never mound builders. They left Waukesha in 1838 shortly after Morris Cutler settled here.

Waukesha County once had 411 mounds, 55 of which were located in the City of Waukesha on eleven sites. Mounds similar to this were excavated in 1850. Beneath ground level were found decayed fragments of a human skeleton, with the head facing the west, decorative pipes and pieces of shell and pottery.

The Prehistoric Mounds were designated as a Historical Landmark by the Waukesha Landmarks Commission in 1991.

This marker is No. 34-05 in a series of historical markers erected by the Waukesha County Historical Society. 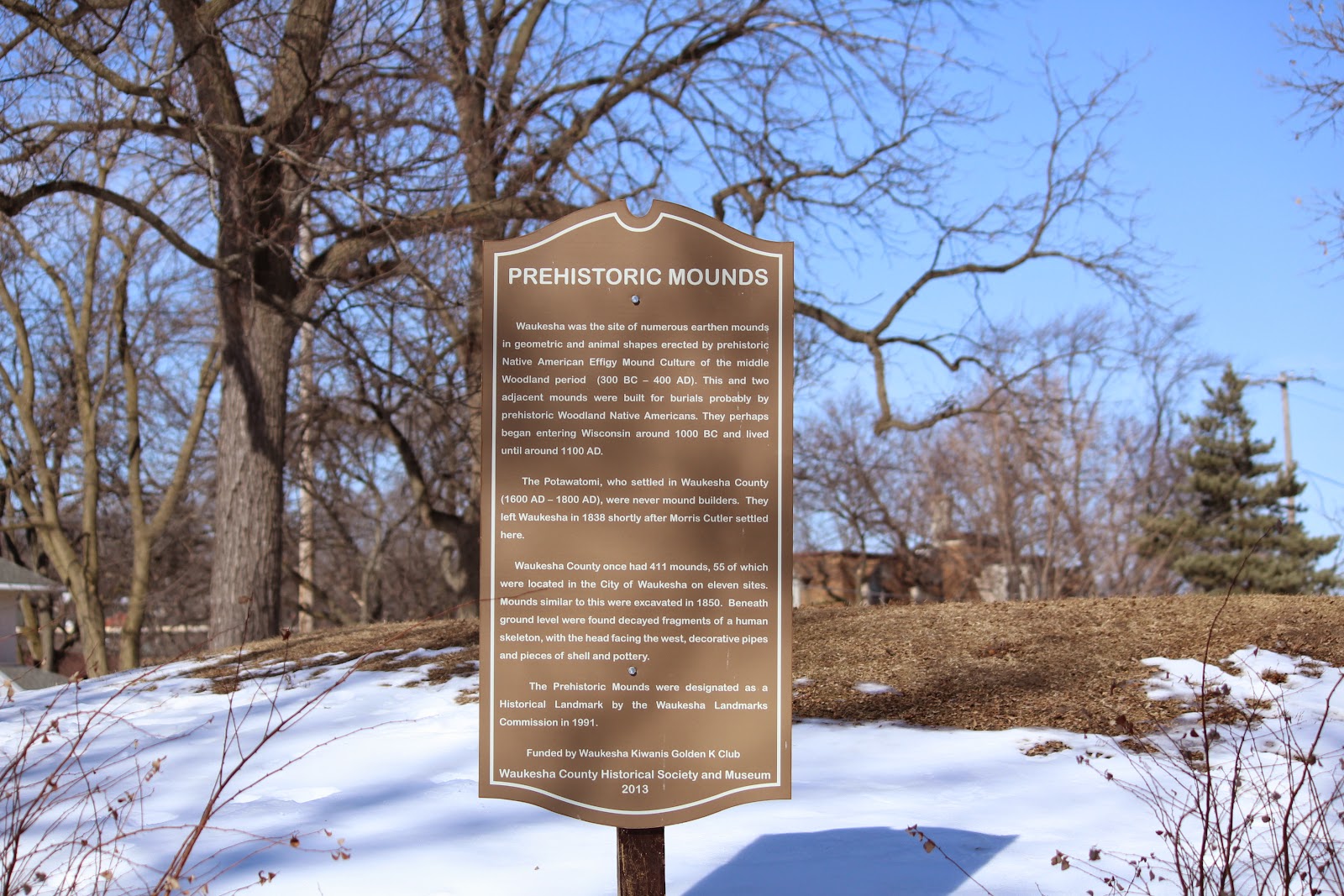 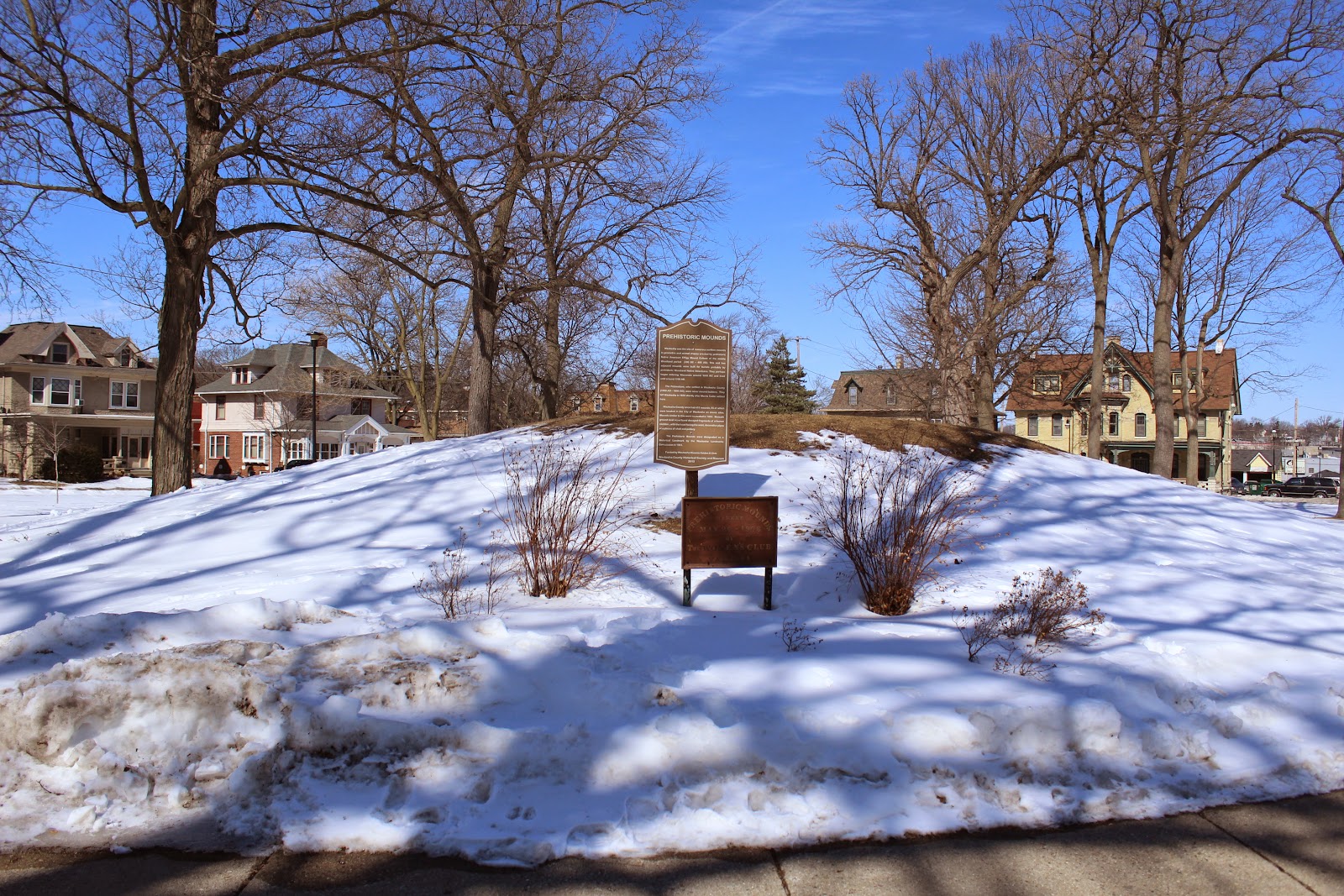 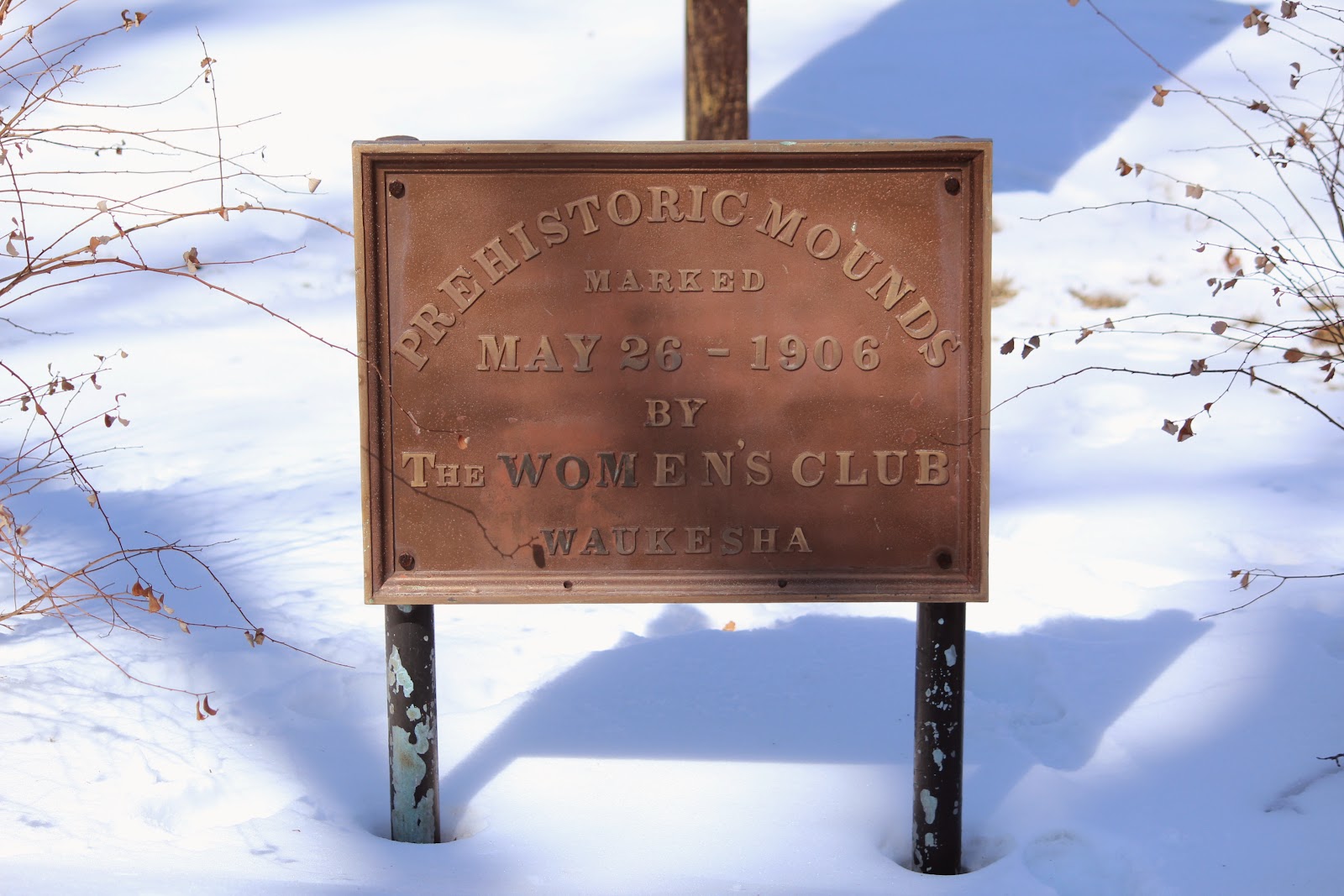 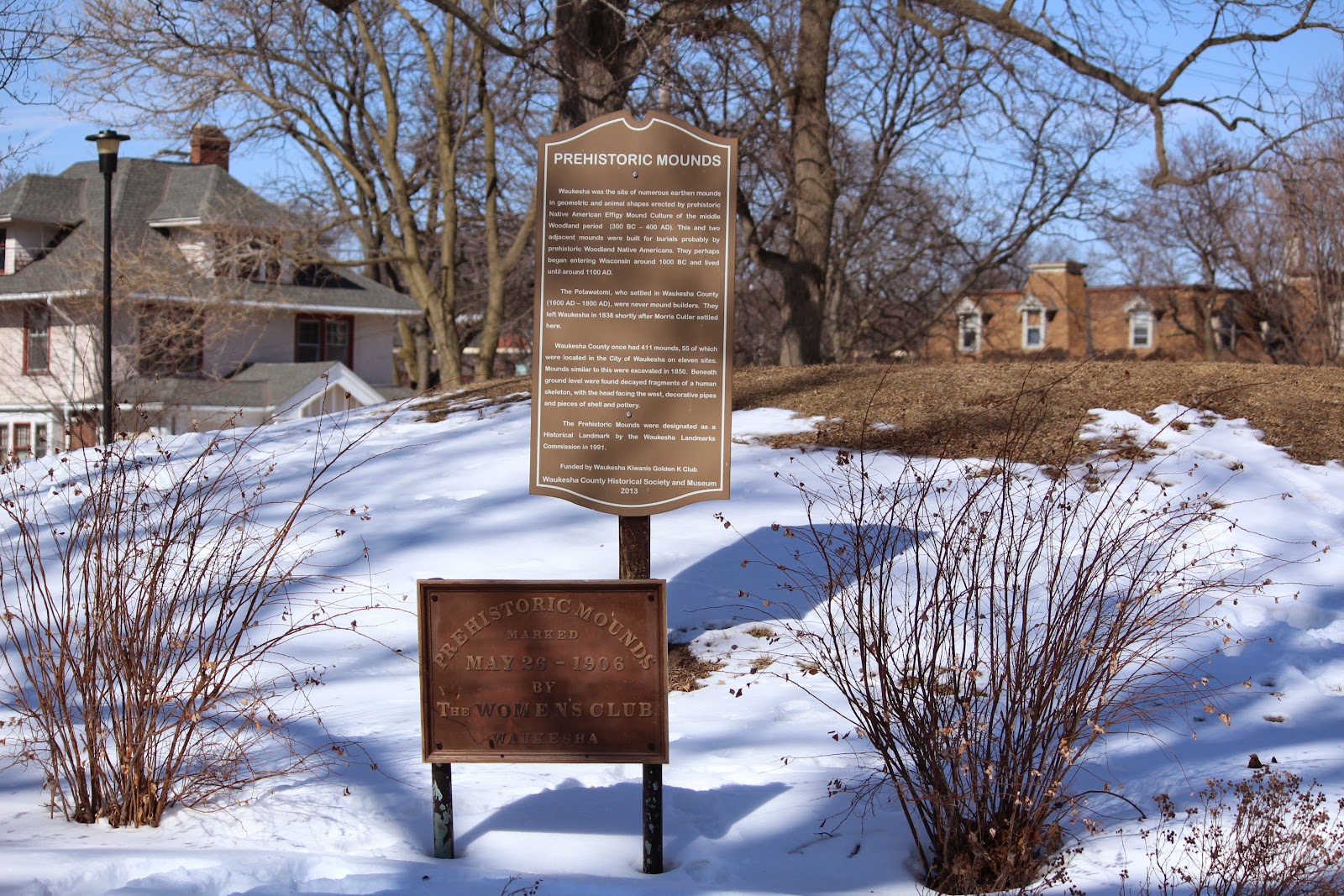 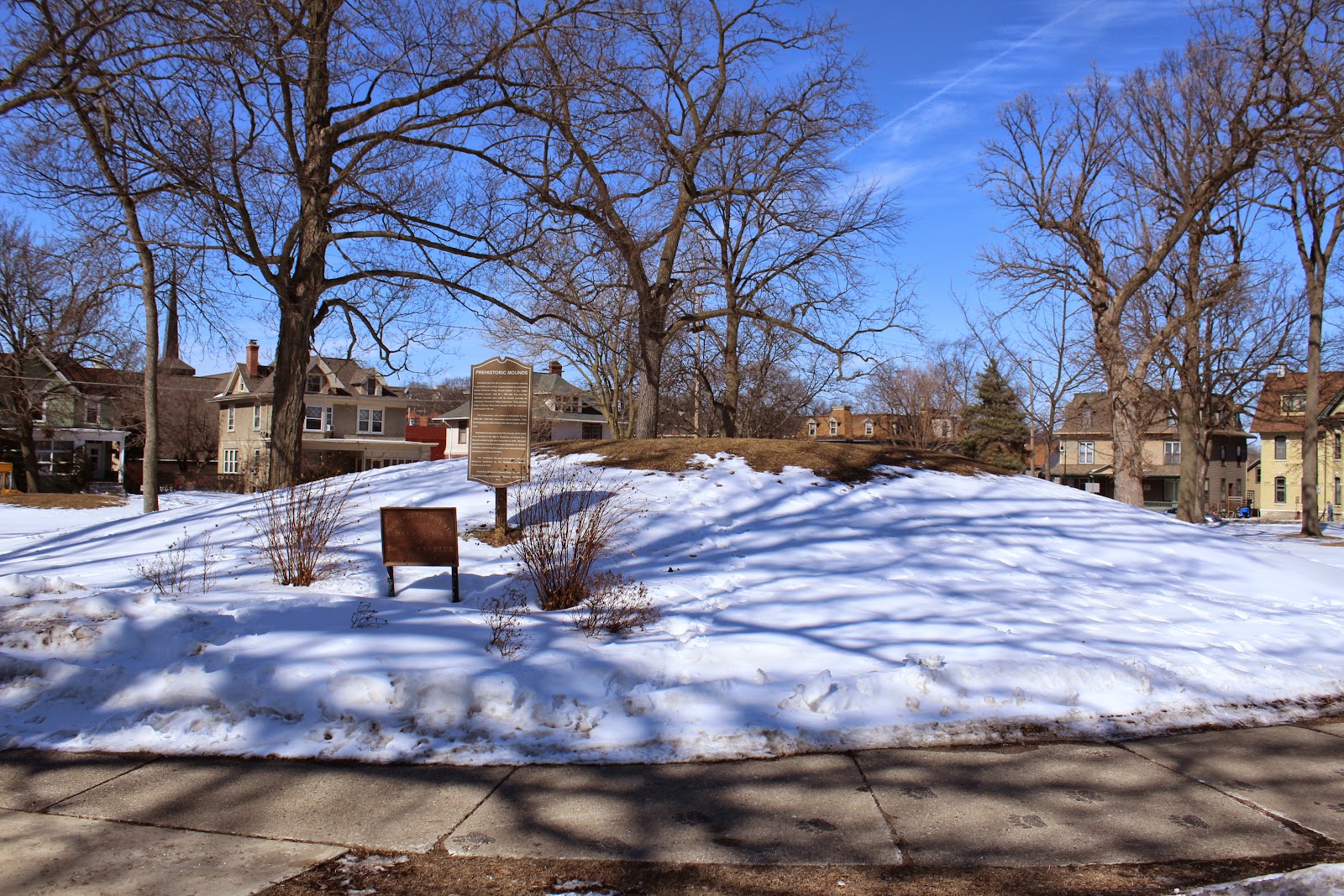 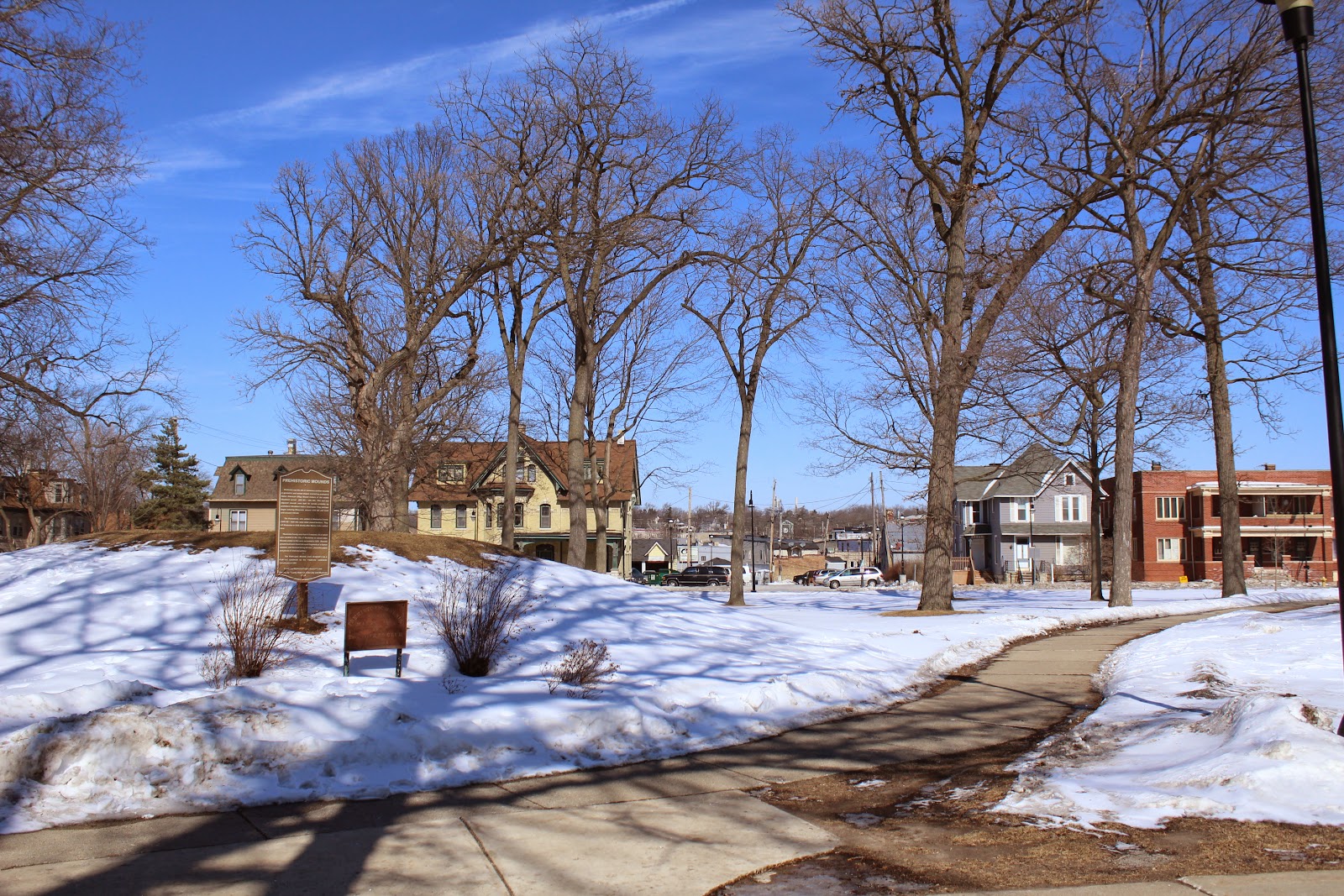 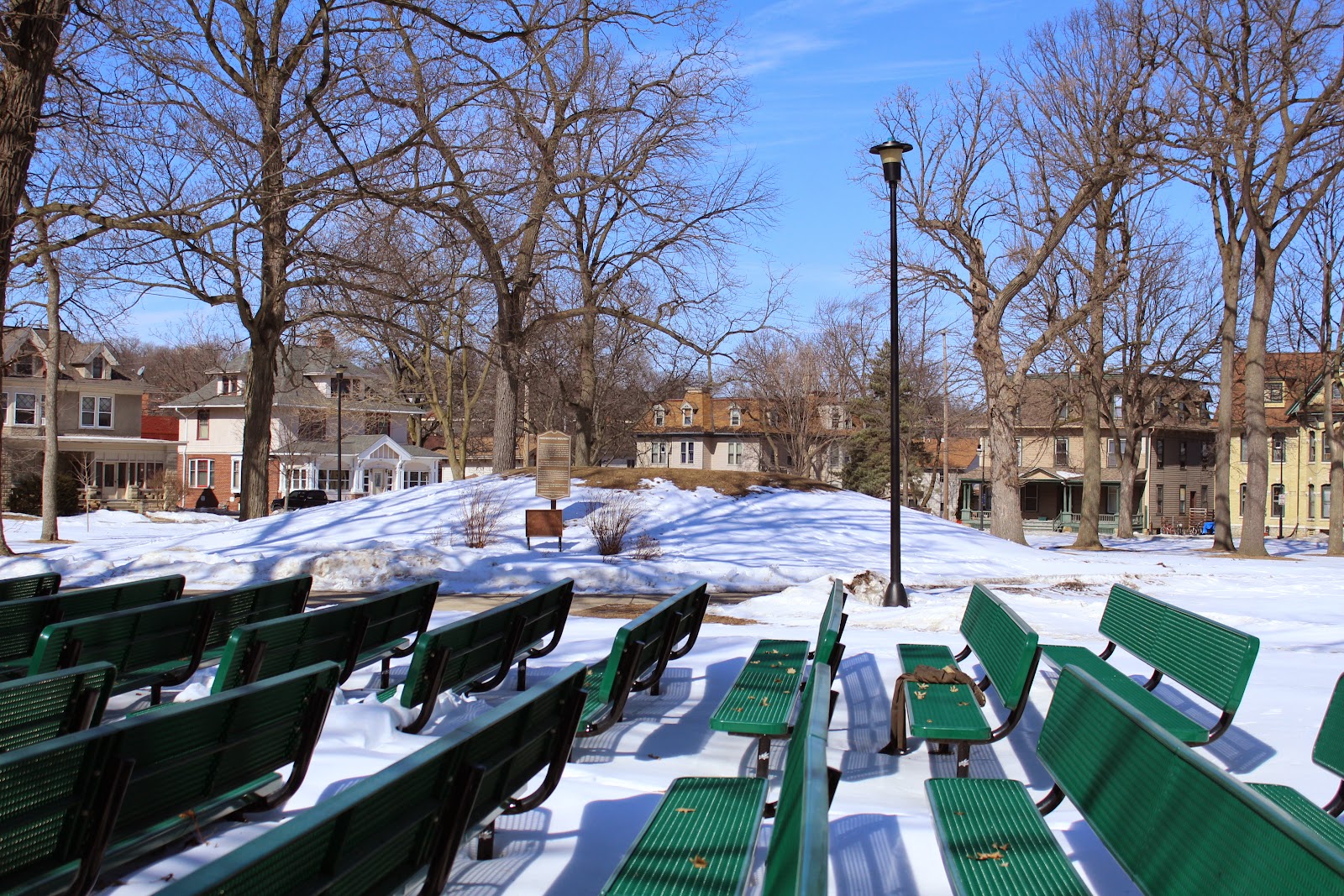 The mound is located adjacent to the Les Paul Performance Center.