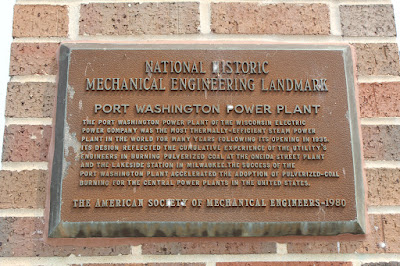 The Port Washington Power Plant of the Wisconsin Electric Power Company was the most thermally-efficient steam power plant in the world for many years following its opening in 1935. Its design reflected the cumulative experience of the utility's engineers in burning pulverized coal at the Oneida Street plant and the Lakeside station in Milwaukee. The success of the Port Washington plant accelerated the adoption of pulverized-coal burning for the central power plants in the united states.

NOTE: The entrance to the power plant is on a service road that leads to Coal Dock Park. Once on the service road, the marker will be on your right (see photo below).

Port Washington Power Plant: A National Historic Engineering Landmark
This 16-page PDF booklet is full of vintage photos and the history of the Power Plant

This 1,150-megawatt natural gas-powered generating station replaced a 225-megawatt coal-fueled plant that had operated at the same site for more than 70 years. It is the most thermally efficient generating power plant in Wisconsin. 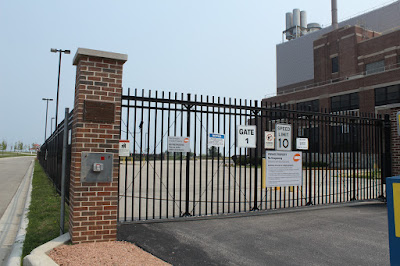 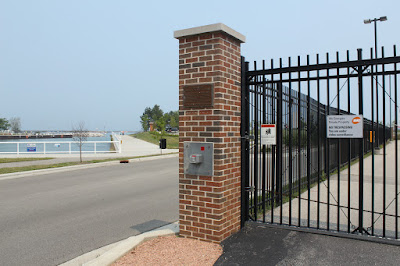 With the Port Washington Harbor in the background . . . 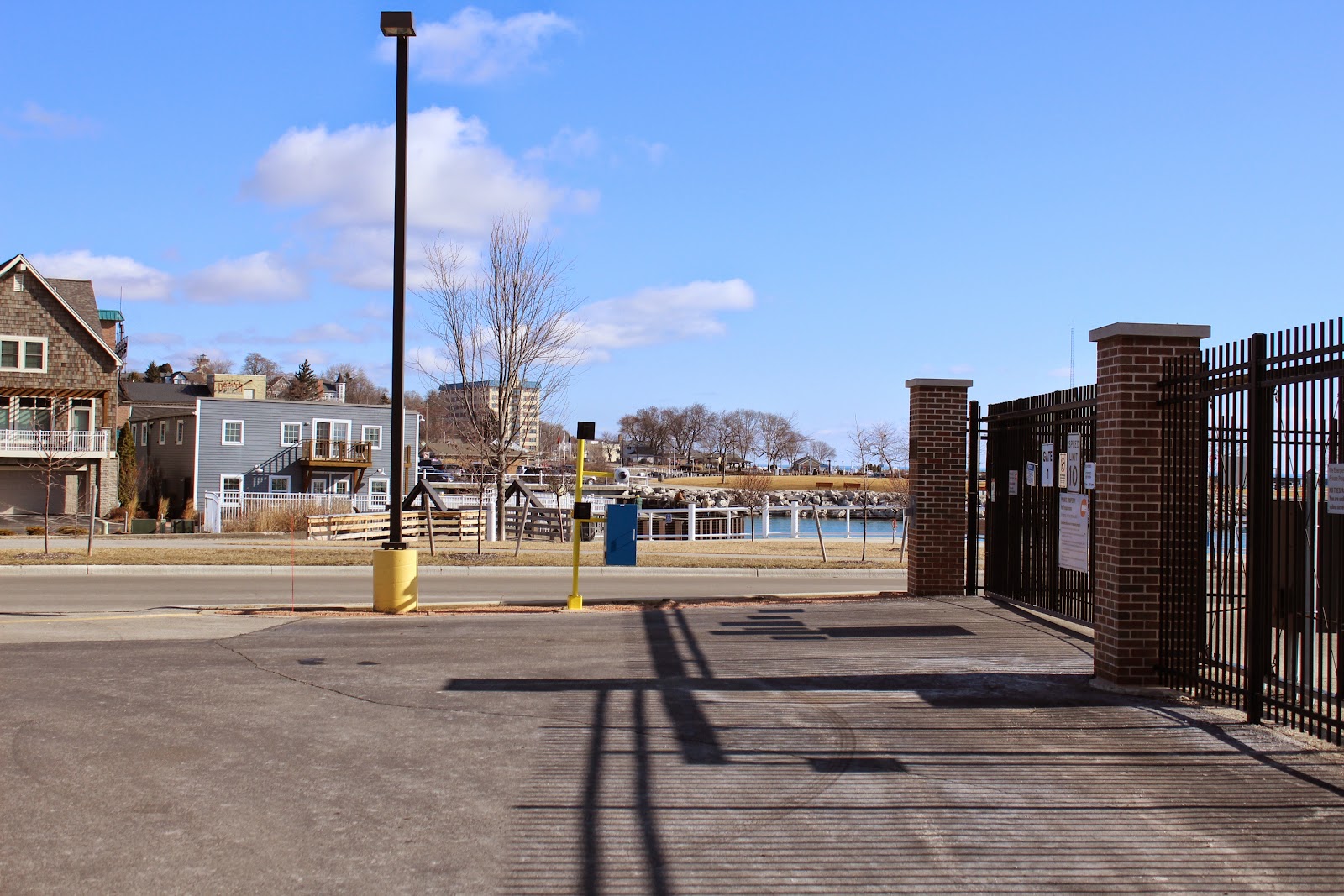 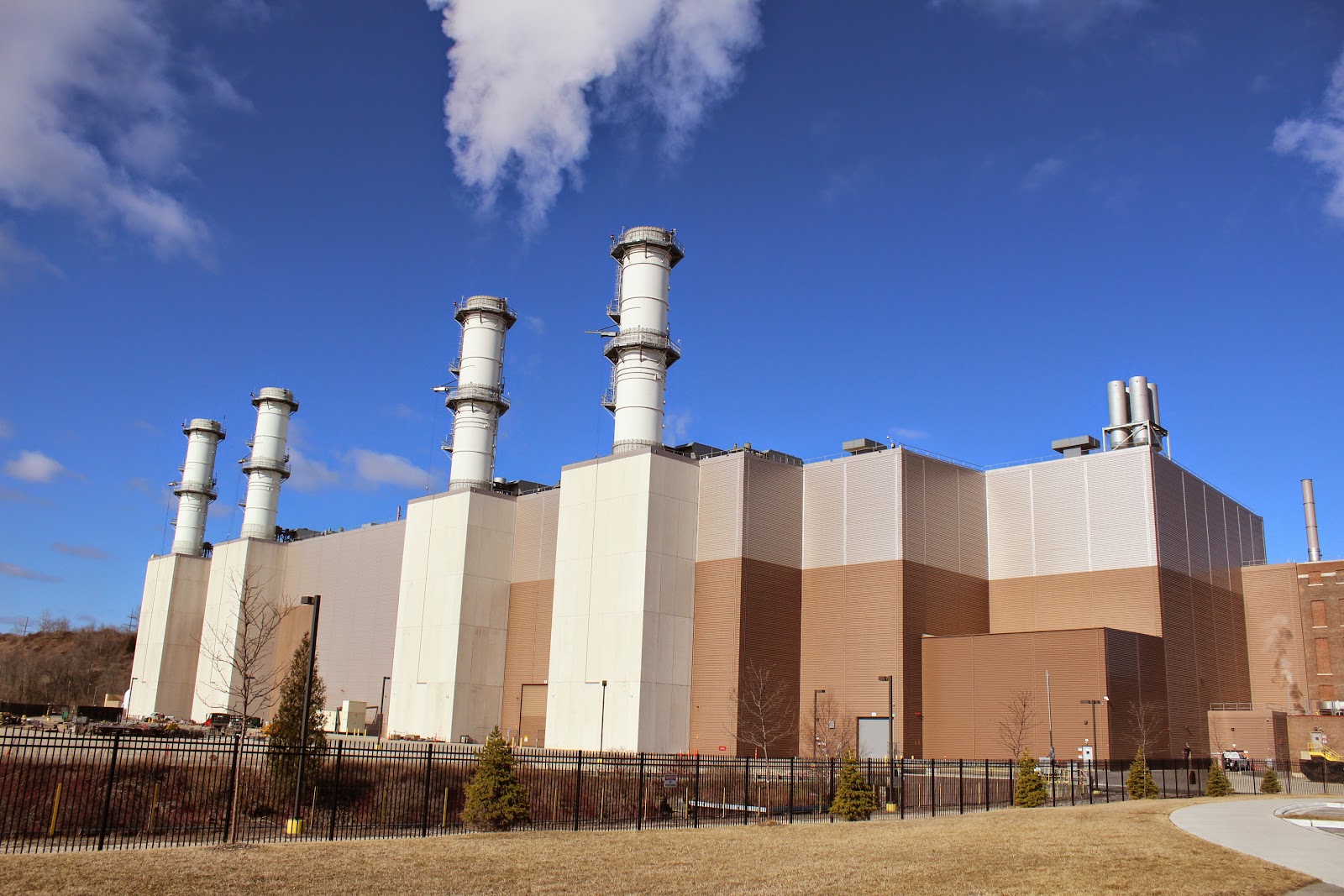 The east side of the power plant (photo taken at Coal Dock Park). 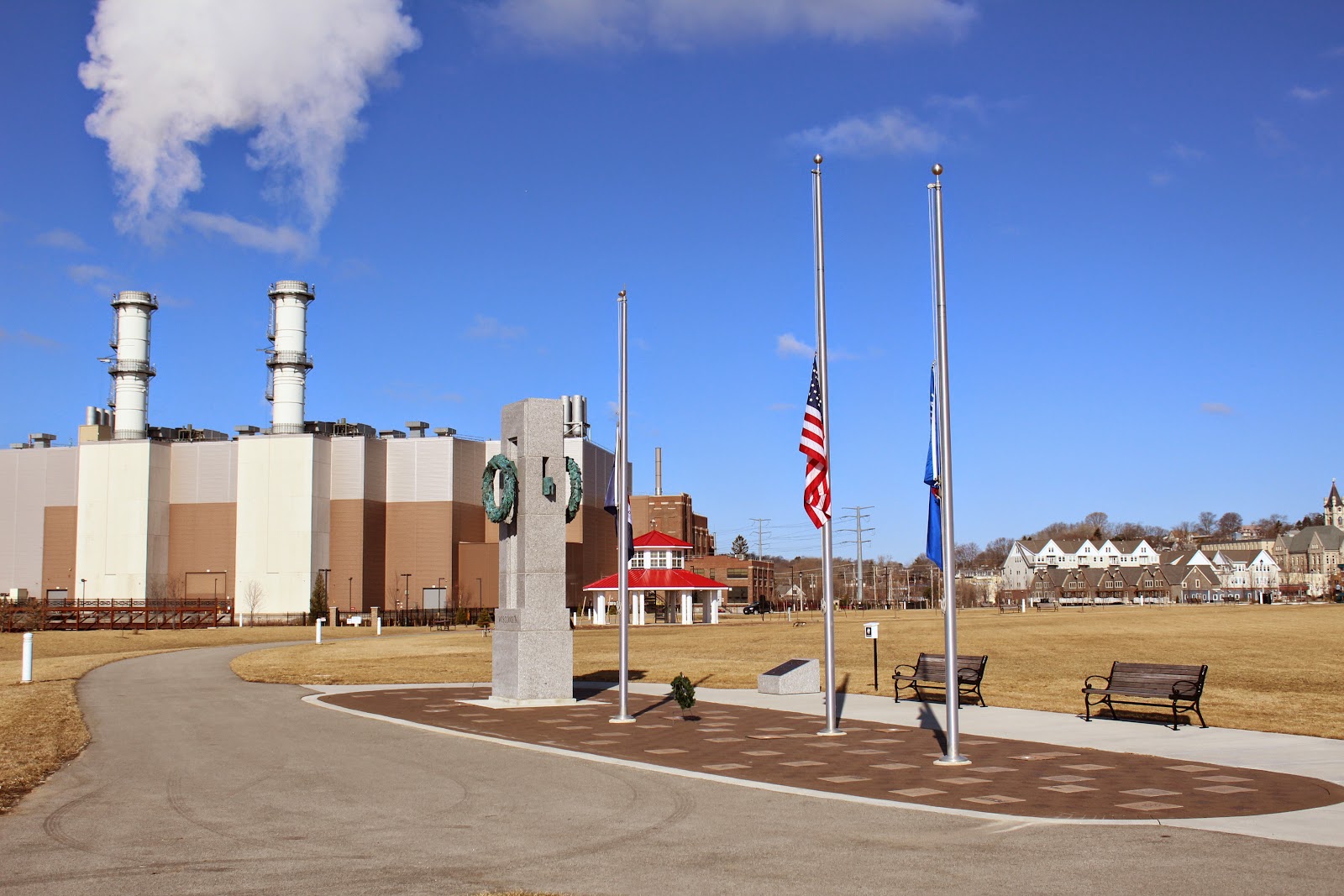 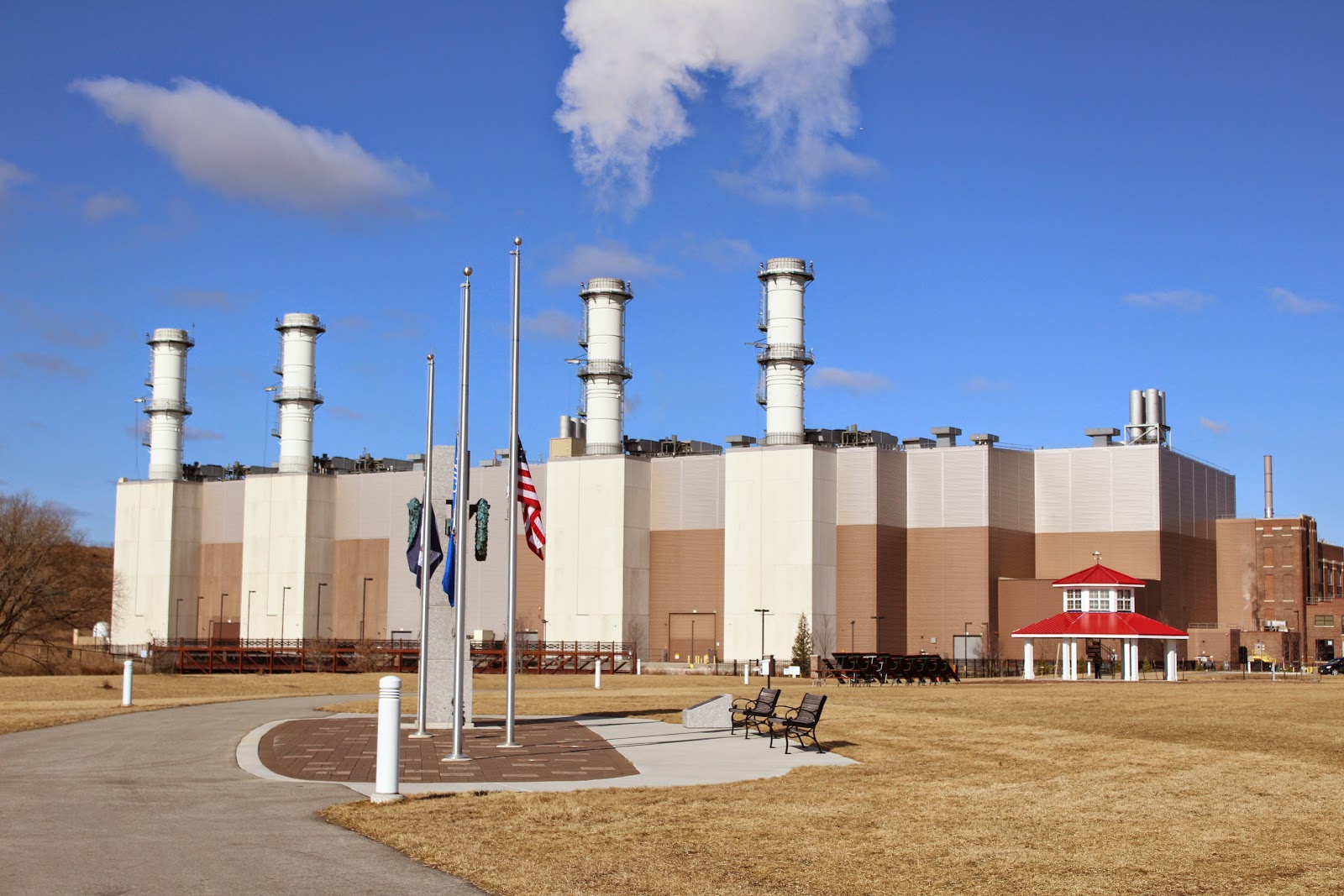 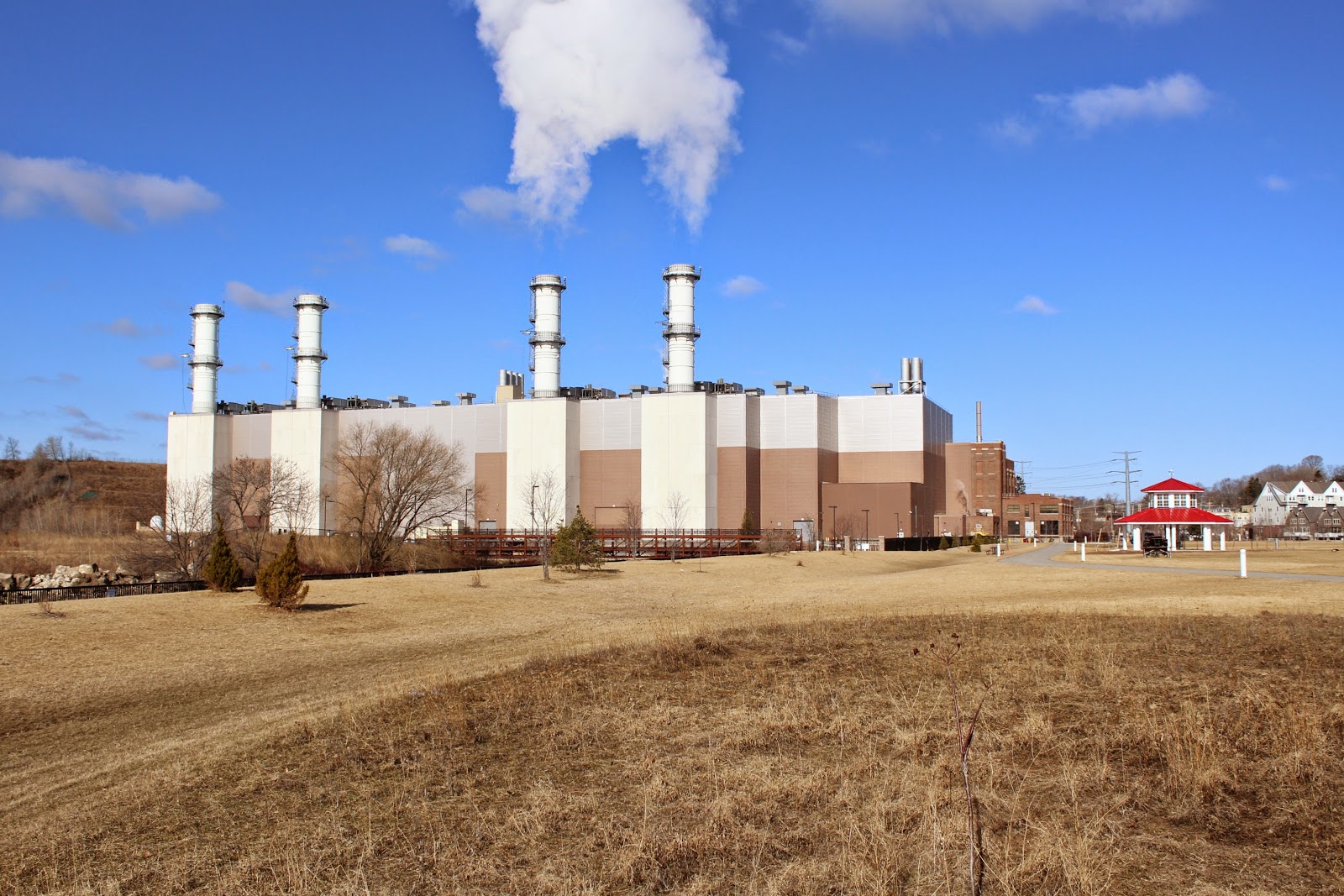 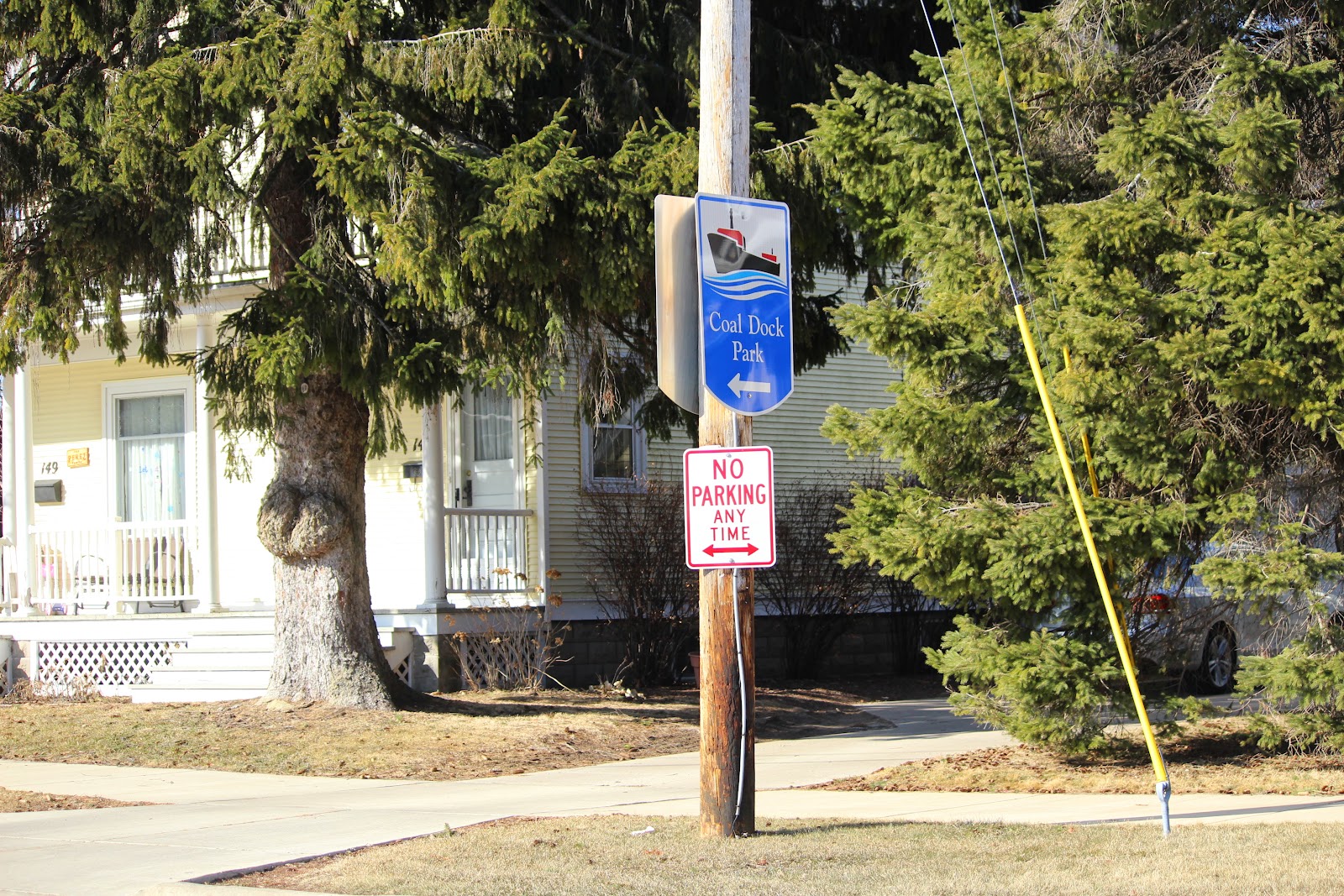 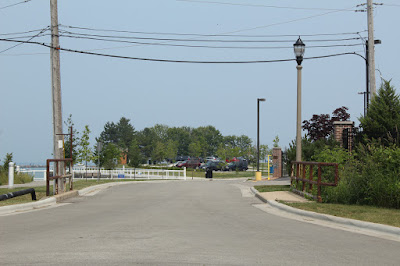 The pillar with the marker is visible to the right.