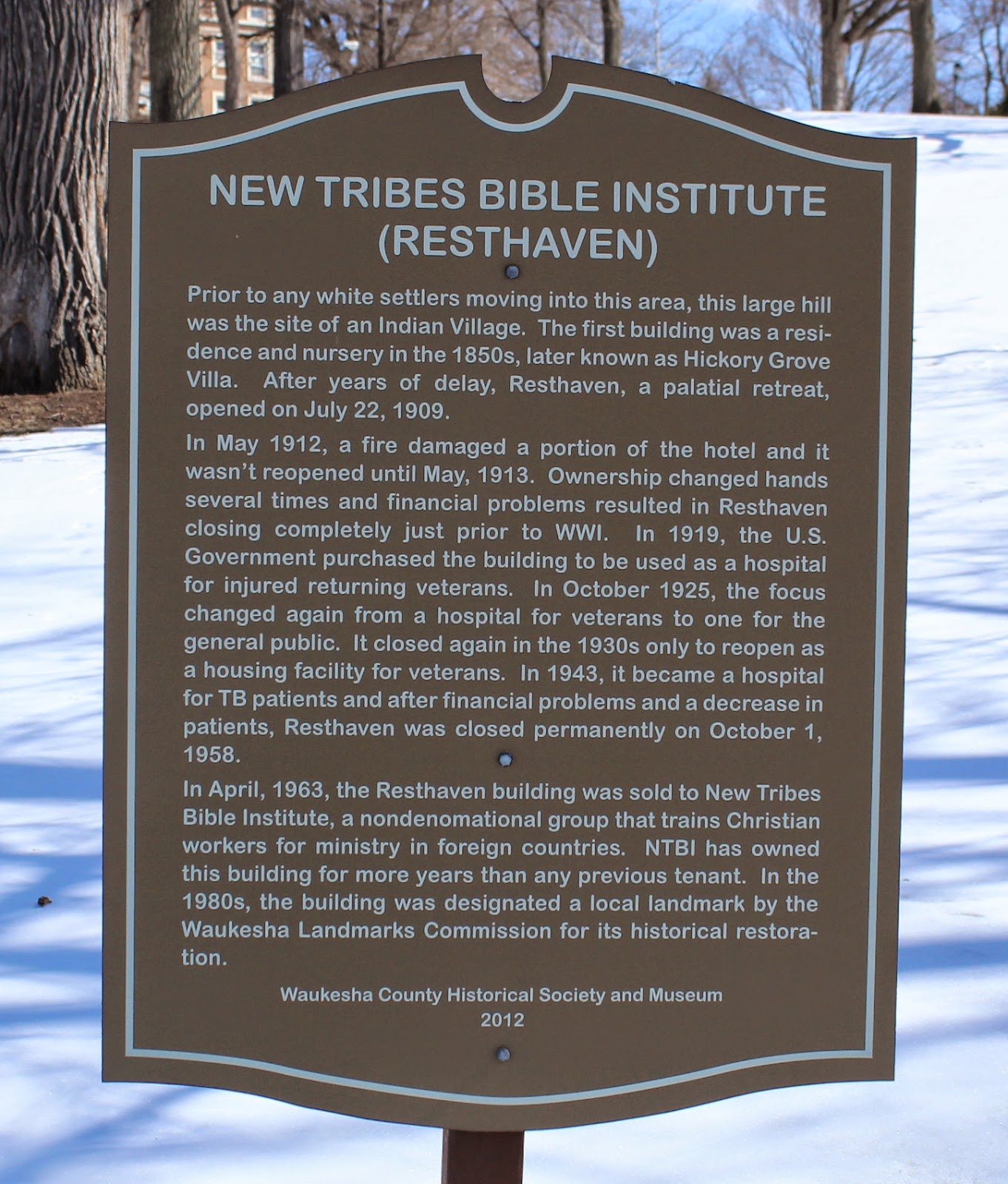 Prior to any white settlers moving into this area, this large hill was the site of an Indian Village. The first building was a residence and nursery in the 1850s, later known as Hickory Grove Villa. After years of delay, Resthaven, a palatial retreat, opened on July 22, 1909.

In May 1912, a fire damaged a portion of the hotel and it wasn't reopened until May, 1913. Ownership changed hands several times and financial problems resulted in Resthaven closing completely just prior to WWI. In 1919, the U.S. Government purchased the building to be used as a hospital for injured returning veterans. In October 1925, the focus changed again from a hospital for veterans to one for the general public. It closed again in the 1930s only to reopen as a housing facility for veterans. In 1943, it became a hospital for TB patients and after financial problems and a decrease in patients, Resthaven was closed permanently on October 1, 1958.

In April, 1963, the Resthaven building was sold to New Tribes Bible Institute, a nondenominational group that trains Christian workers for ministry in foreign countries. NTBI has owned this building for more years than any previous tenant. In the 1980s, the building was designated a local landmark by the Waukesha Landmarks Commission for its historical restoration.

The marker is located along northbound North Hartwell Avenue, just north of its intersection with Arcadian Avenue, Waukesha, Wisconsin 53186.

NOTE: There is no parking at the marker location. However, there is a BP gas station on the corner of North Hartwell Avenue and Arcadian Avenue, with a small parking lot. There are "tow away" signs, but it is easy to quickly view the marker and leave from this location.

This marker is No. 34-21 in a series of historical markers erected by the Waukesha County Historical Society. 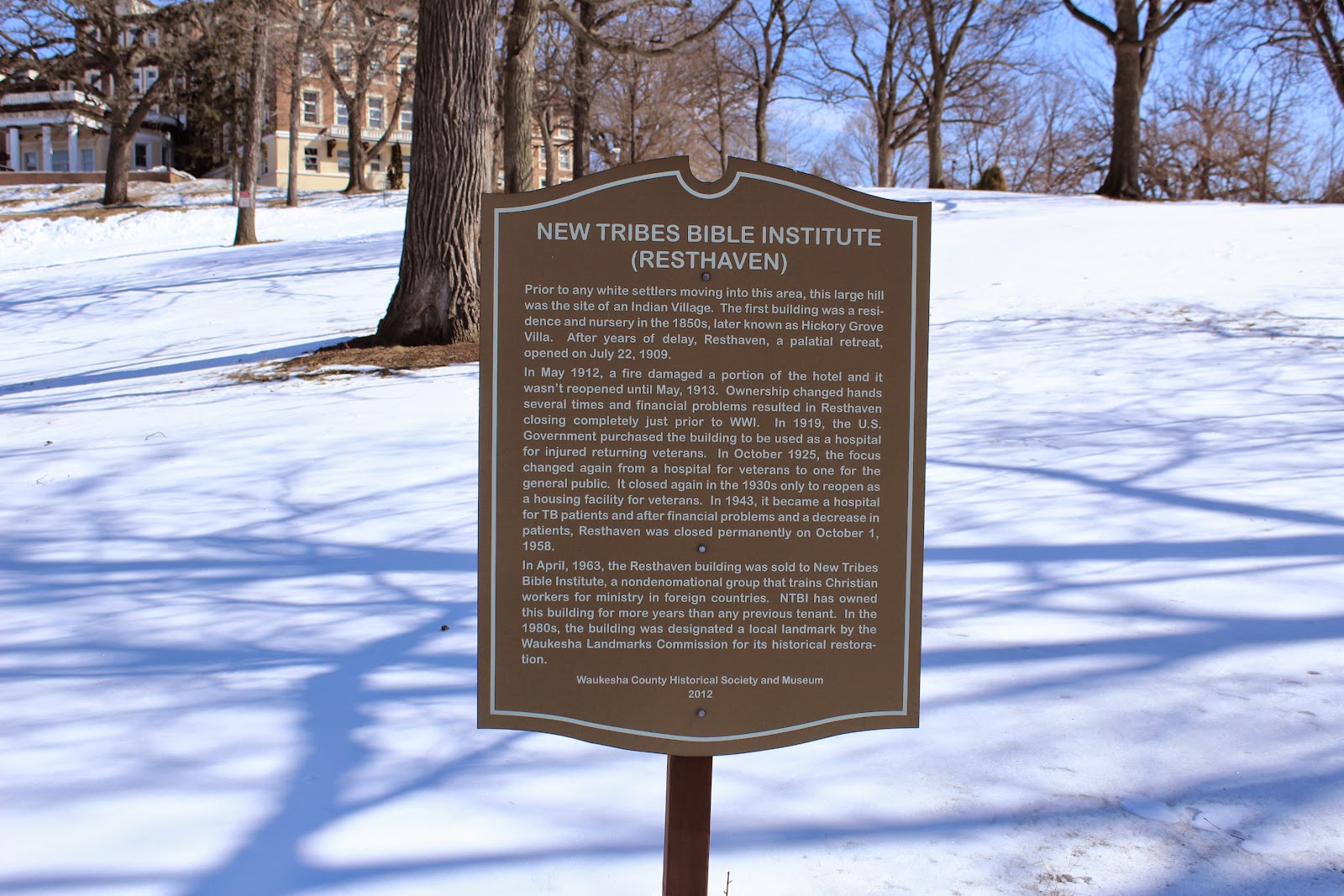 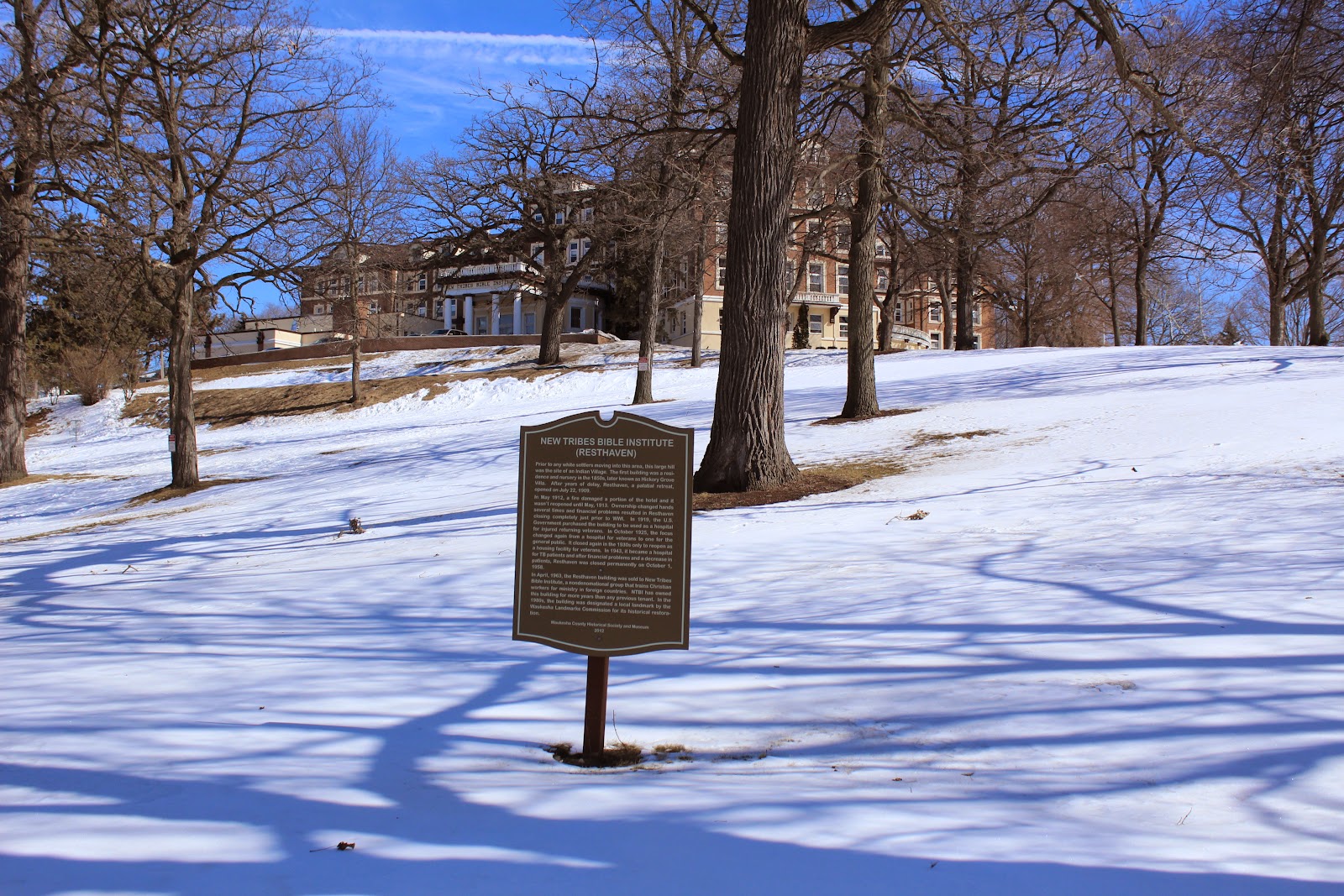 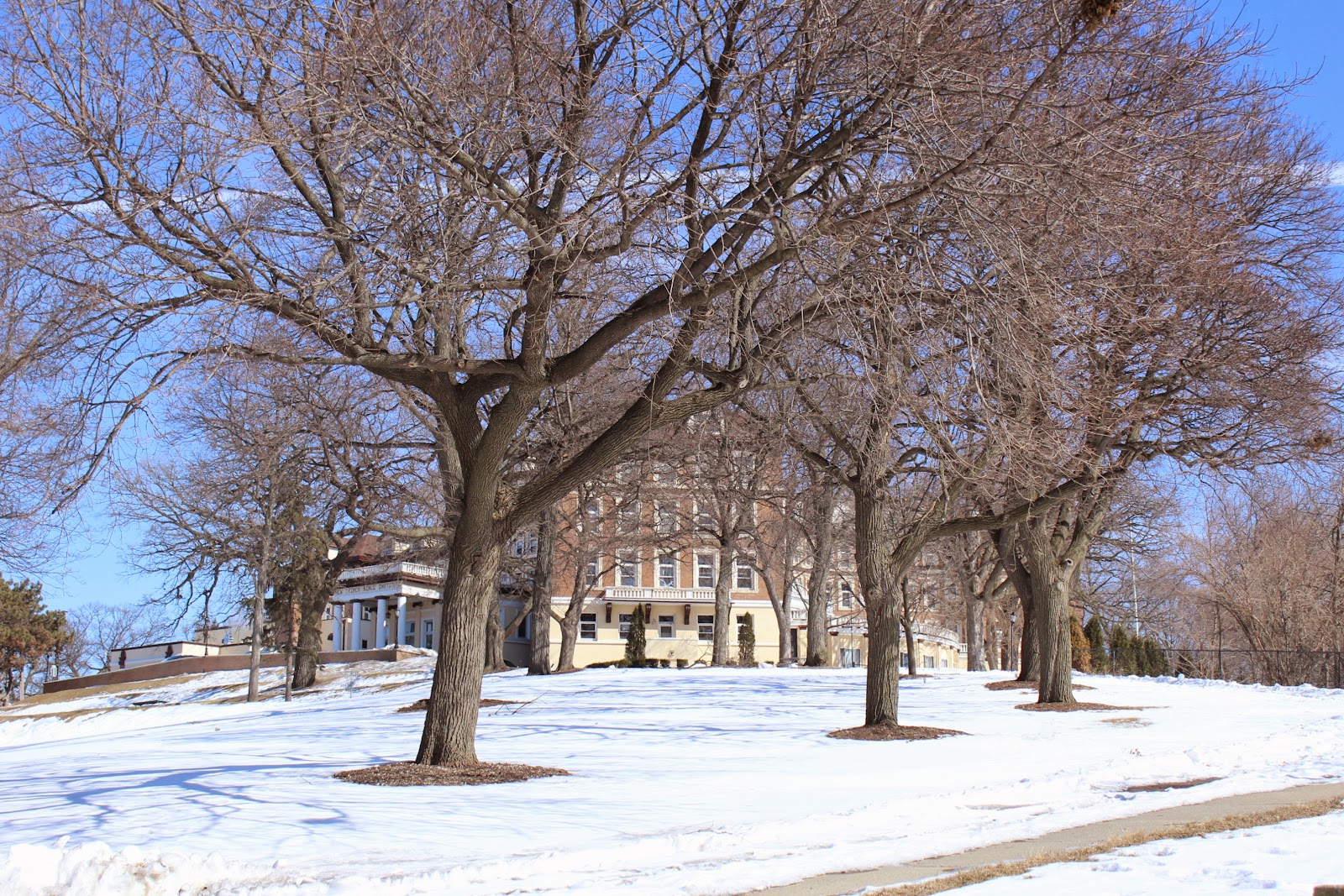 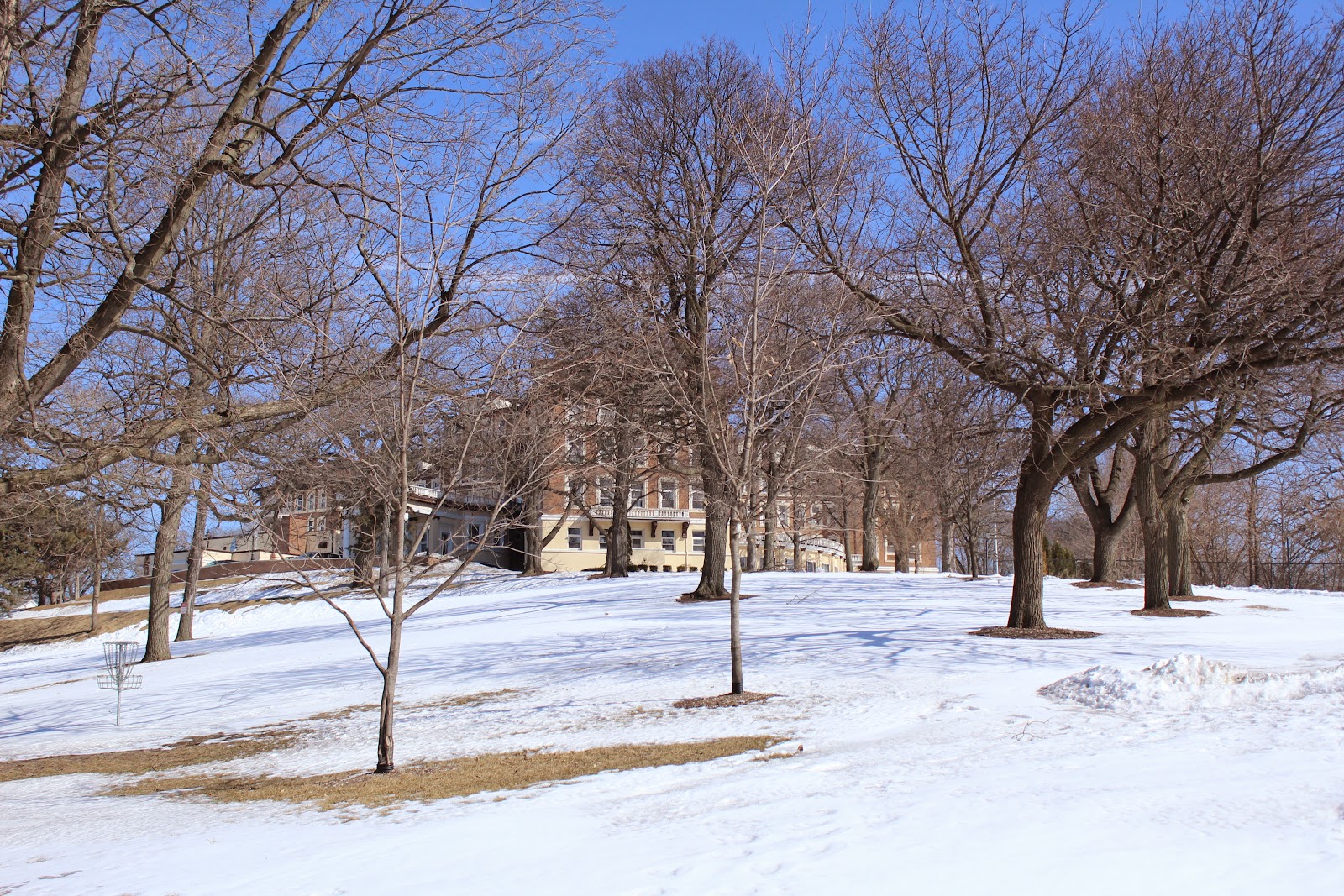 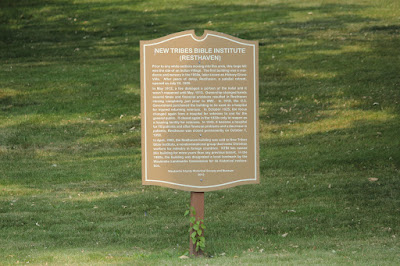 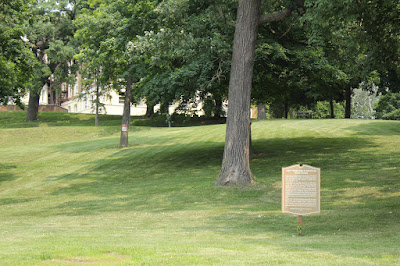