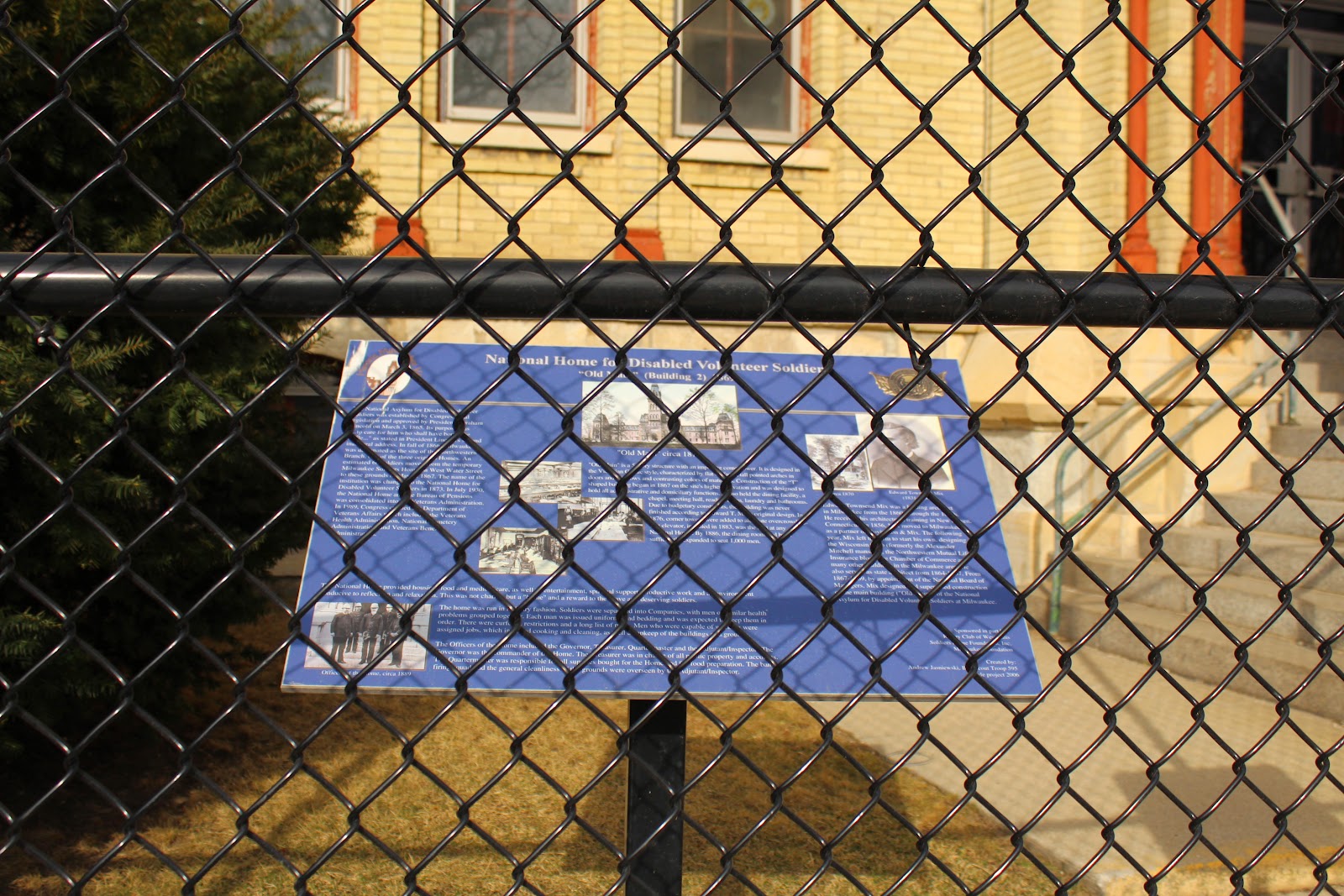 The National Asylum for Disabled Volunteer Soldiers was established by Congressional legislation and approved by President Abraham Lincoln on March 3, 1865. Its purpose was "...to care for him who shall have borne the battle..." as stated in President Lincoln's second inaugural address. In fall of 1866, Milwaukee was designated as the site of the Northwestern Branch, one of the three original Homes. An estimated 60 soldiers moved from the temporary Milwaukee Soldiers Home on West Water Street to these grounds in May of 1867. The name of the institution was changed to the National Home for Disabled Volunteer Soldiers in 1873. In July 1930, the National Home and the Bureau of Pensions was consolidated into the Veterans Administration. In 1989, Congress created the Department of Veterans Affairs which includes the Veterans Health Administration, National Cemetery Administration, and Veterans Benefits Administration.

"Old Main" is a 5-story structure with an imposing center tower. It is designed in the Victorian Gothic style, characterized by flat surfaces, tall pointed arches in doors and windows and contrasting colors of materials. Construction of the "T" shaped building began in 1867 on the site's highest elevation and was designed to hold all administrative and domiciliary functions. It also held the dining facility, a chapel,meeting hall, reading room, laundry and bathrooms. Due to budgetary constraints, the building was never finished according to Edward T. Mix's original design. In 1876, corner towers were added to alleviate overcrowding. The elevator, installed in 1883, was the first at any National Home. By 1886, the dining room had been sufficiently expanded to seat 1,000 men.

The National Home provided housing, food and medical care, as well as entertainment, spiritual support, productive work and an environment conducive to reflection and relaxation. This was not charity, but a "home" and a reward to the brave and deserving soldiers.

The home was run in military fashion. Soldiers were separated into Companies, with men of similar health problems grouped together. Each man was issued uniforms and bedding and was expected to keep them in order. There were curfews, restrictions and a long list of rules. Men who were capable of working were assigned jobs, which included cooking and cleaning, as well as upkeep of the buildings and grounds.

The Officers of the Home included the Governor, Treasurer, Quartermaster and the Adjutant/Inspector. The Governor was the commander of the Home. The Treasurer was in charge of all public property and accounts. The Quartermaster was responsible for all supplies bought for the Home and for food preparation. The band, firing squad and the general cleanliness of the grounds were overseen by the Adjutant/Inspector.

Edward Townsend Mix was a leading architect in Milwaukee from the 1860s through the 1880s. He received his architectural training in New Haven, Connecticut. In 1856, Mix moved to Milwaukee as a partner of Boyington & Mix. The following year, Mix left the firm to start his own, designing the Wisconsin Club (formerly the Alexander Mitchell mansion), the Northwestern Mutual Life Insurance block, the Chamber of Commerce and many other buildings in the Milwaukee area. He also served as state architect from 1864-1867. From 1867-1869, by appointment of the National Board of Managers, Mix designed and supervised construction of the main building ("Old Main") of the National Asylum for Disabled Volunteer Soldiers at Milwaukee.

The marker is located in front of the National Home for Disabled Volunteer Soldiers on southbound North Mitchell Boulevard, near its intersection with General Wolcott Boulevard, on the grounds of the Clement J. Zablocki VA Medical Center, Milwaukee, Wisconsin 53214.

The building is adjacent to the Wood National Cemetery. 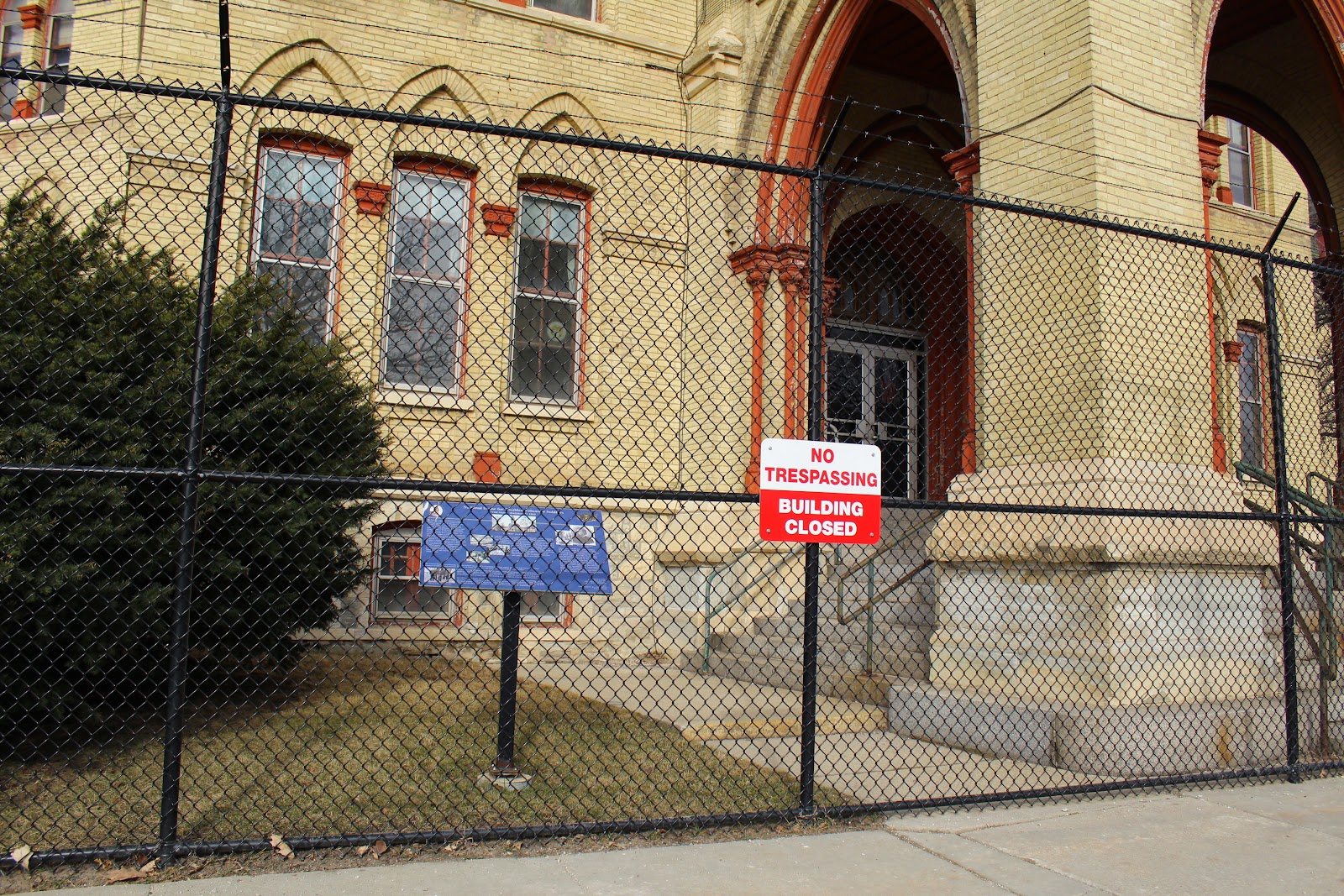 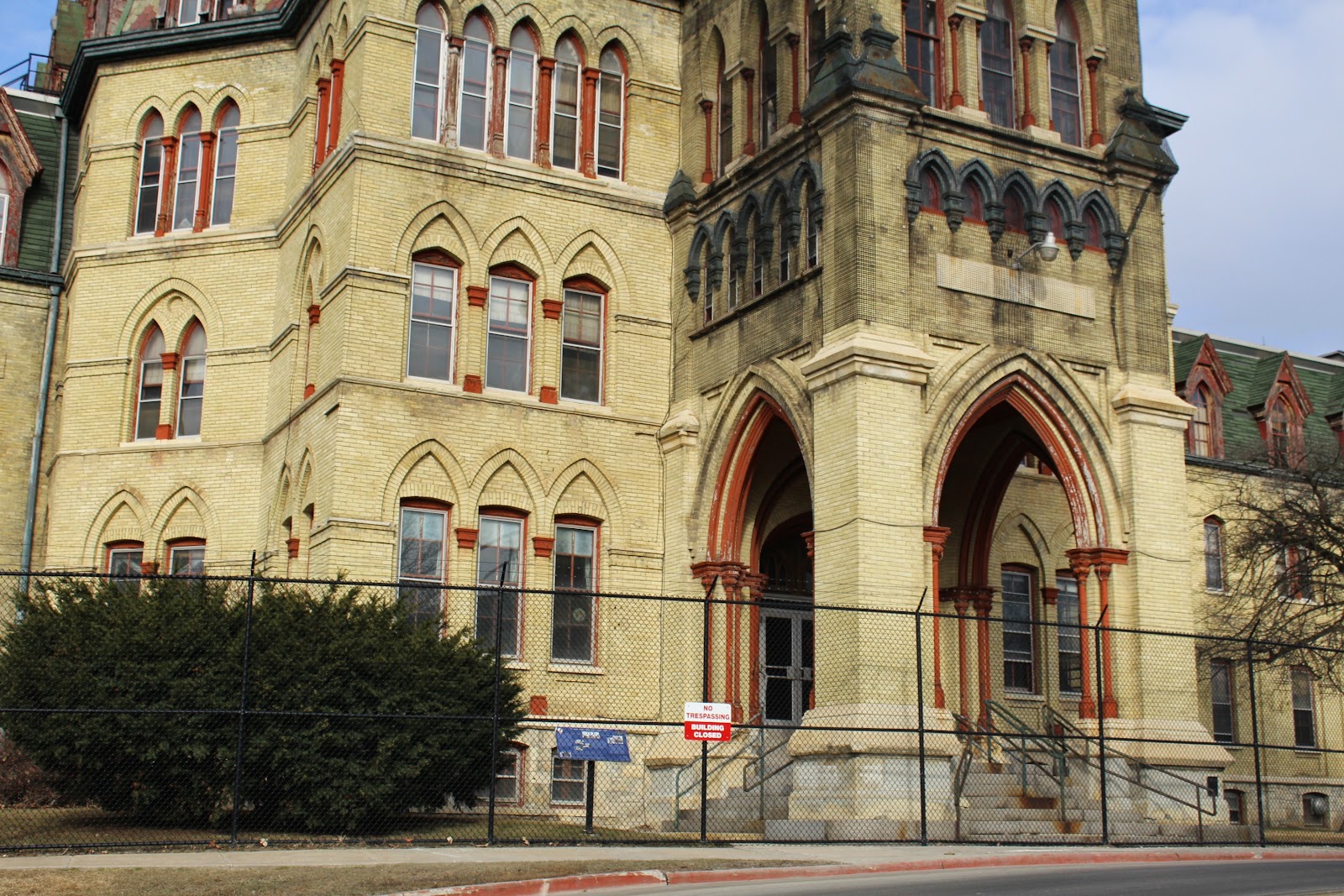 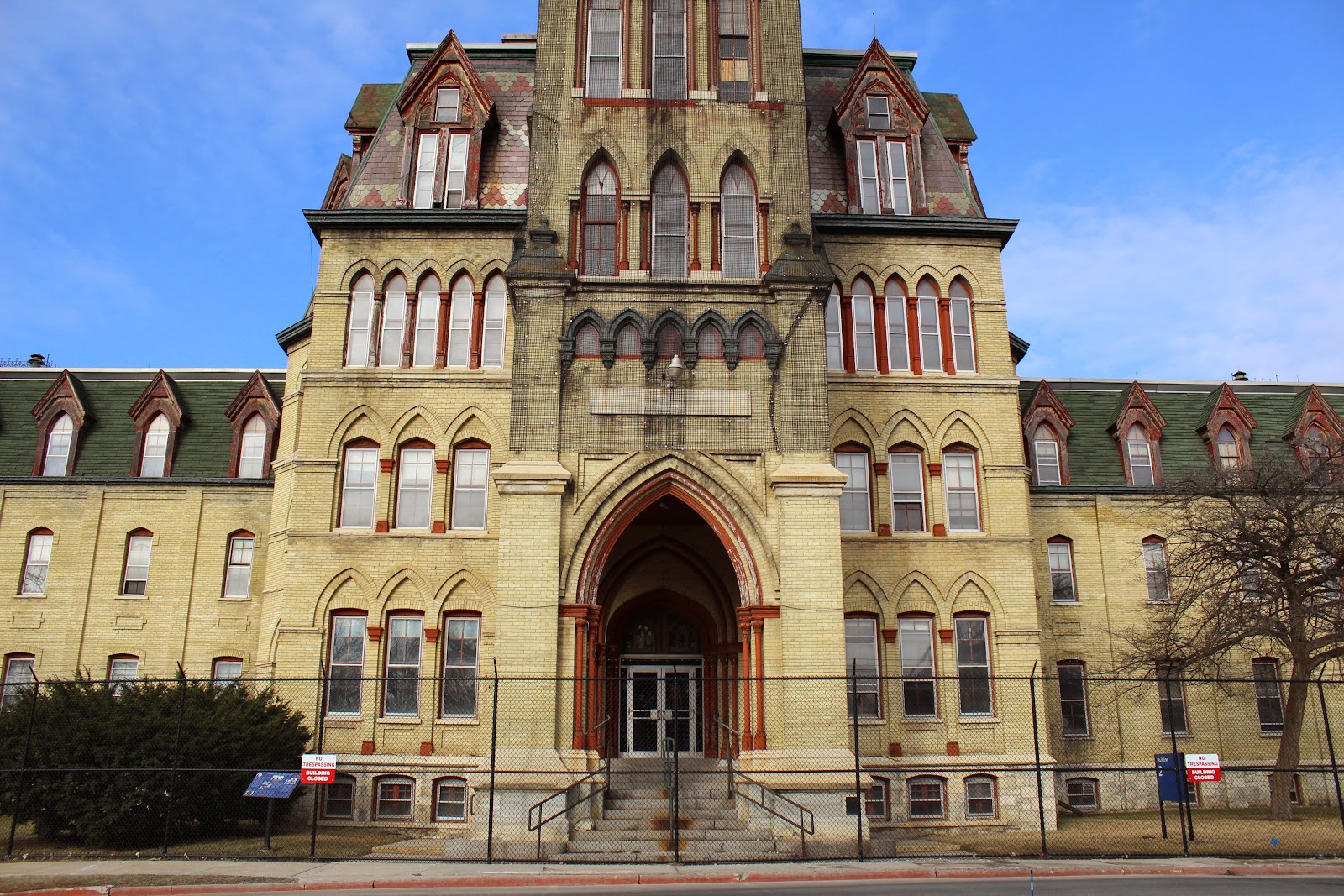 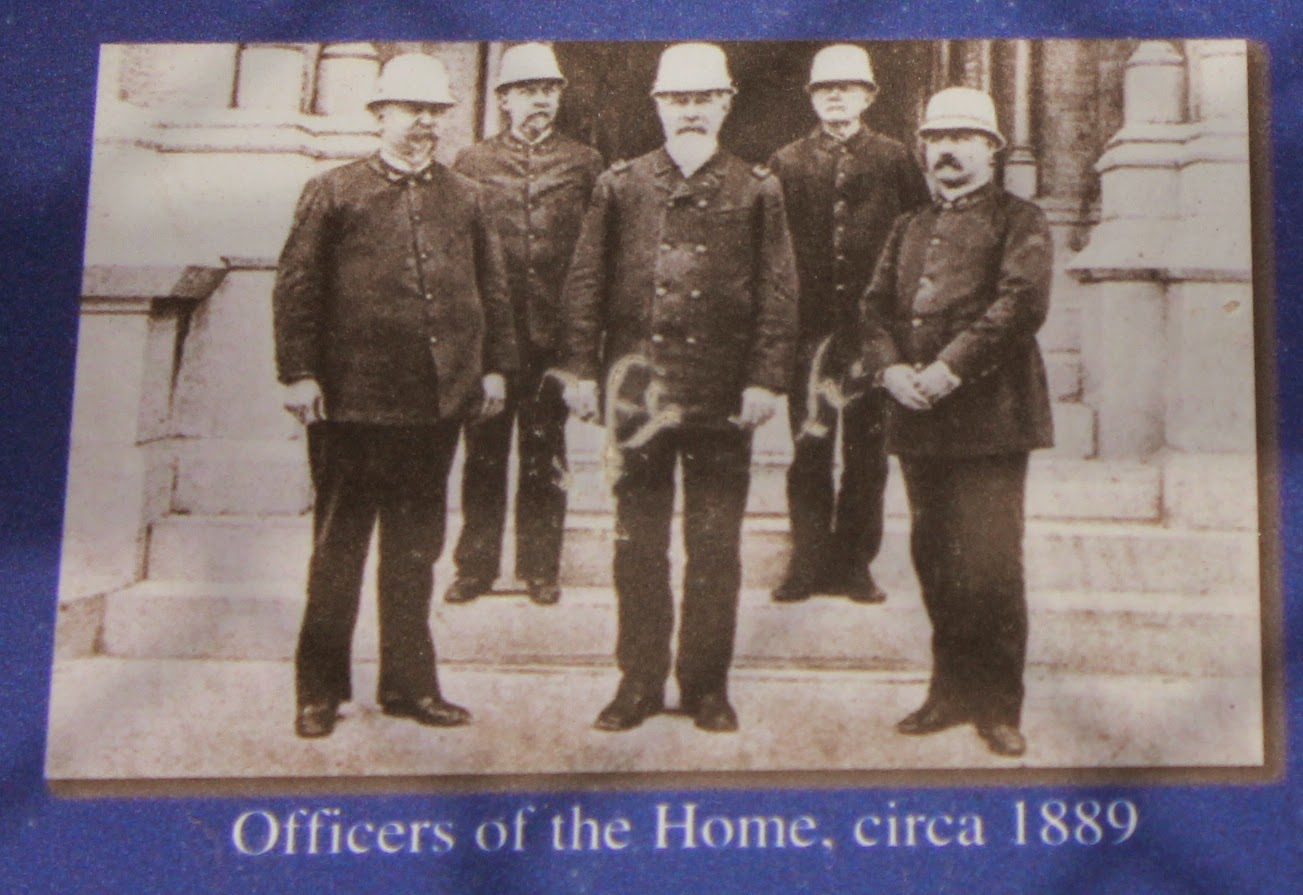 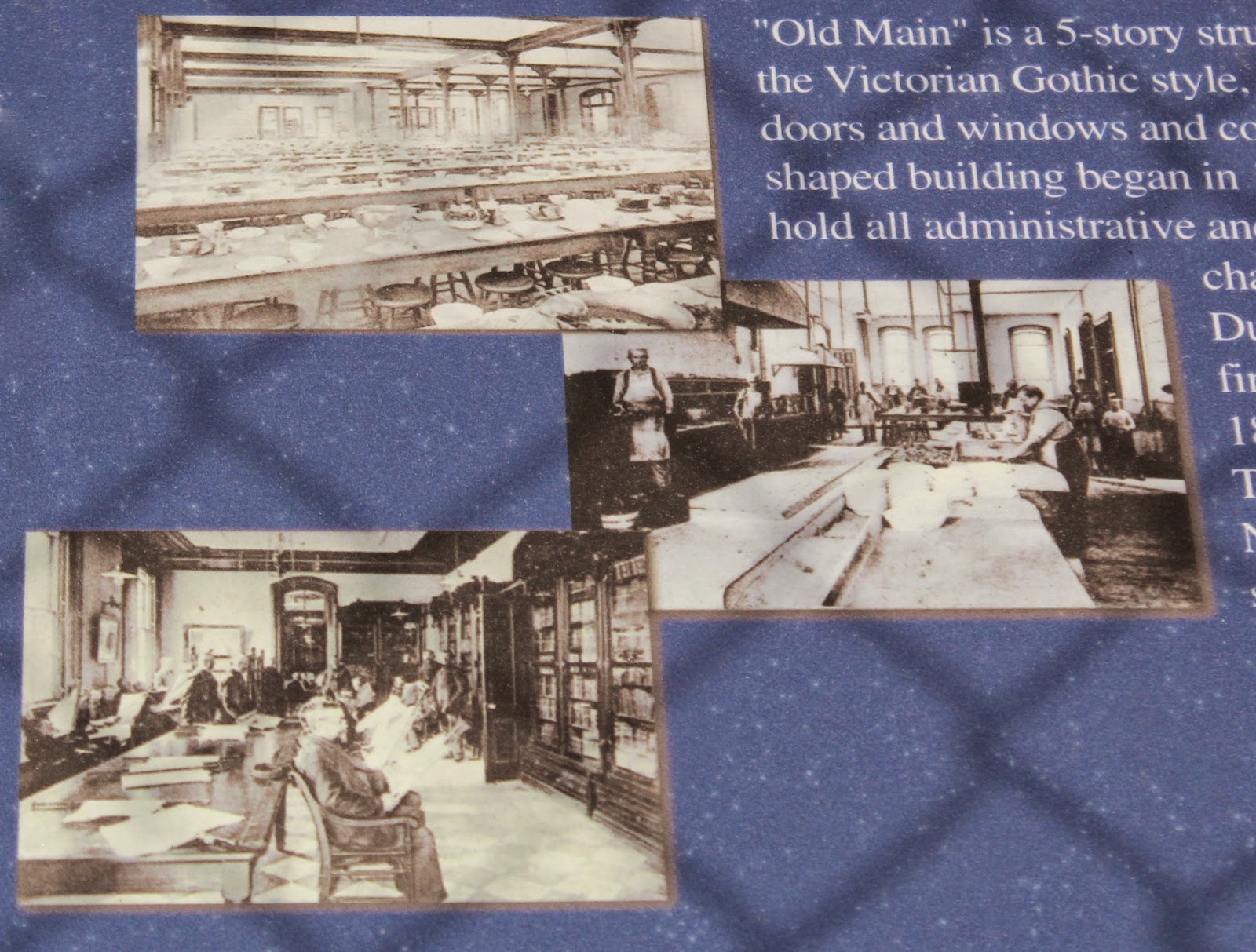 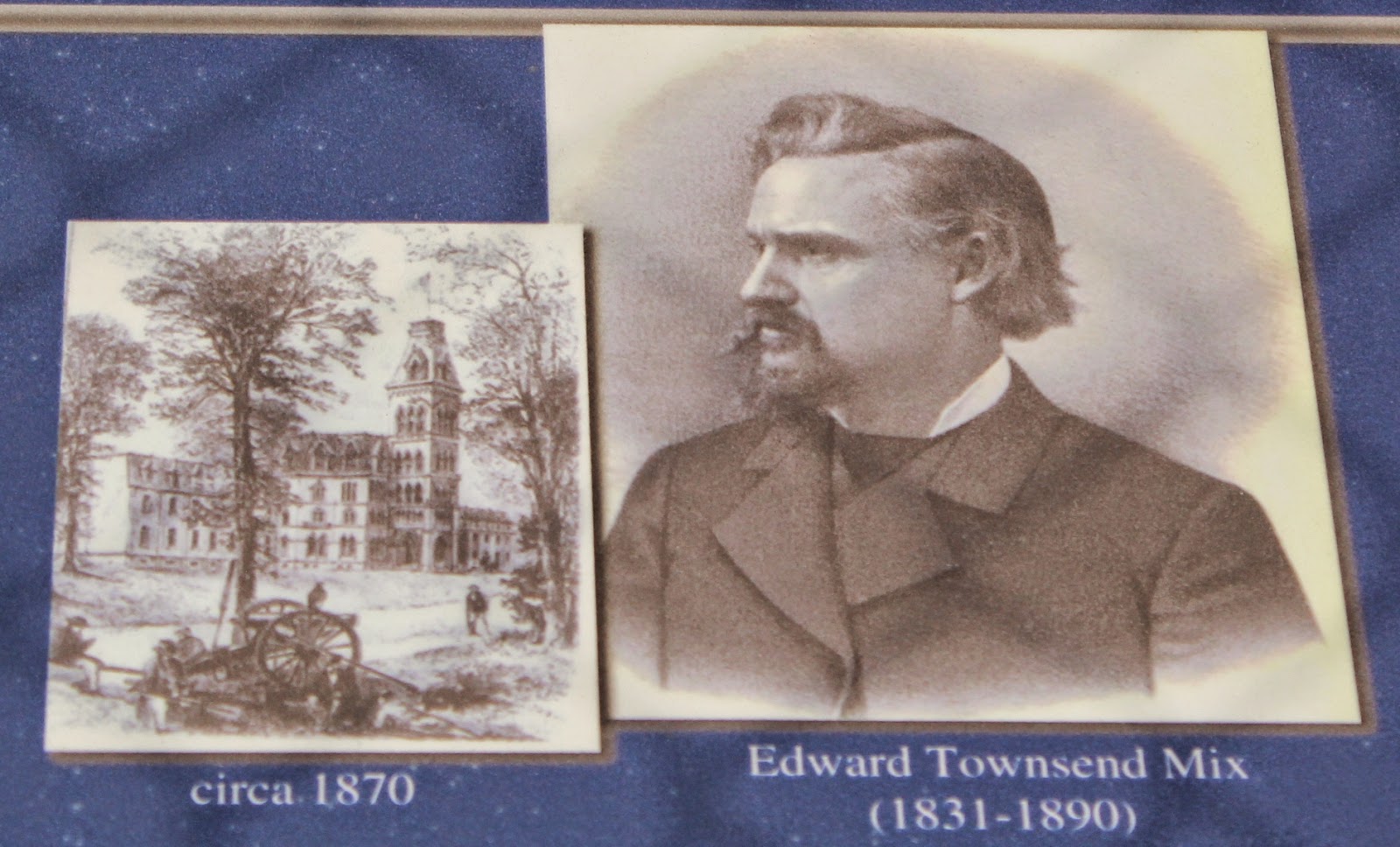 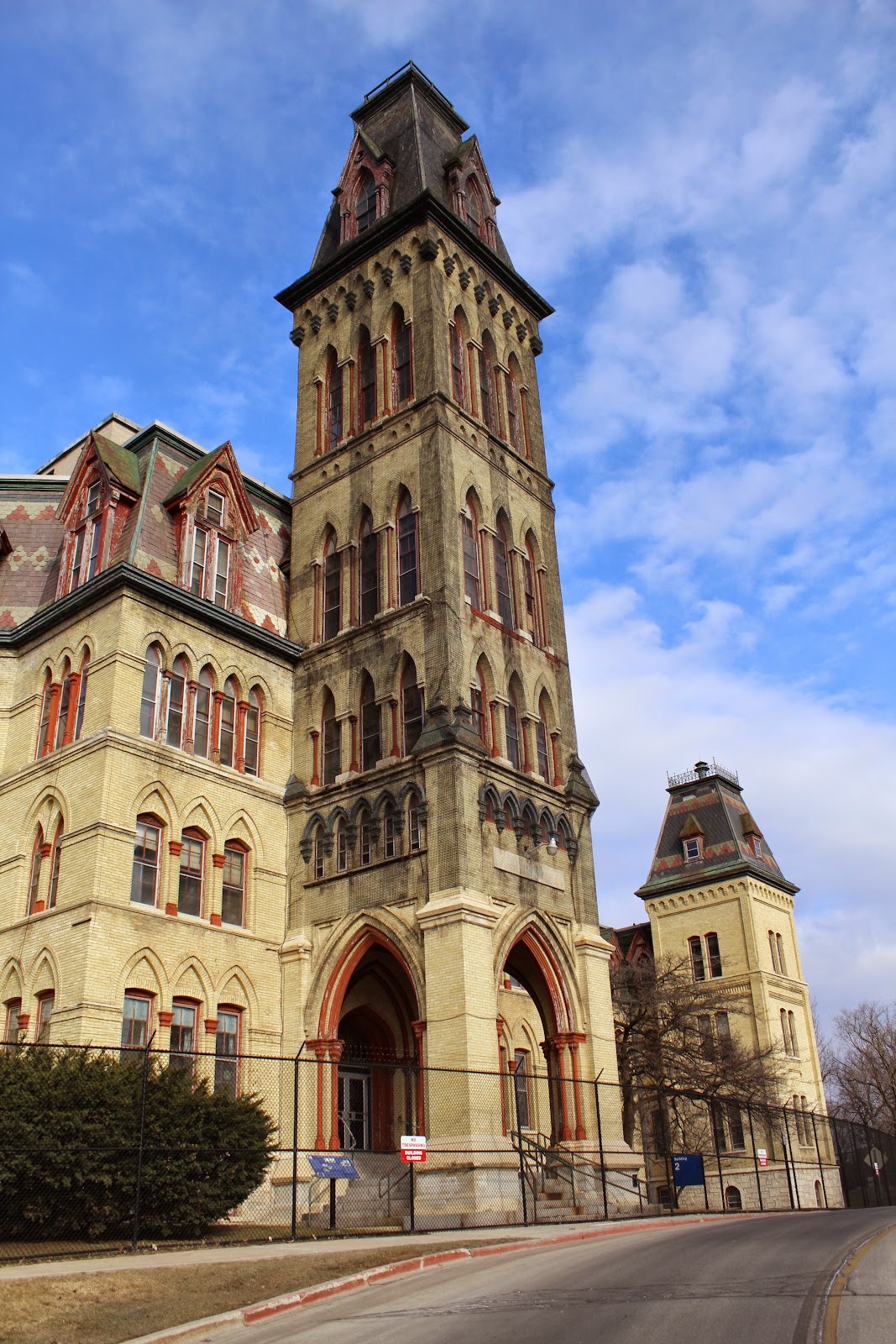 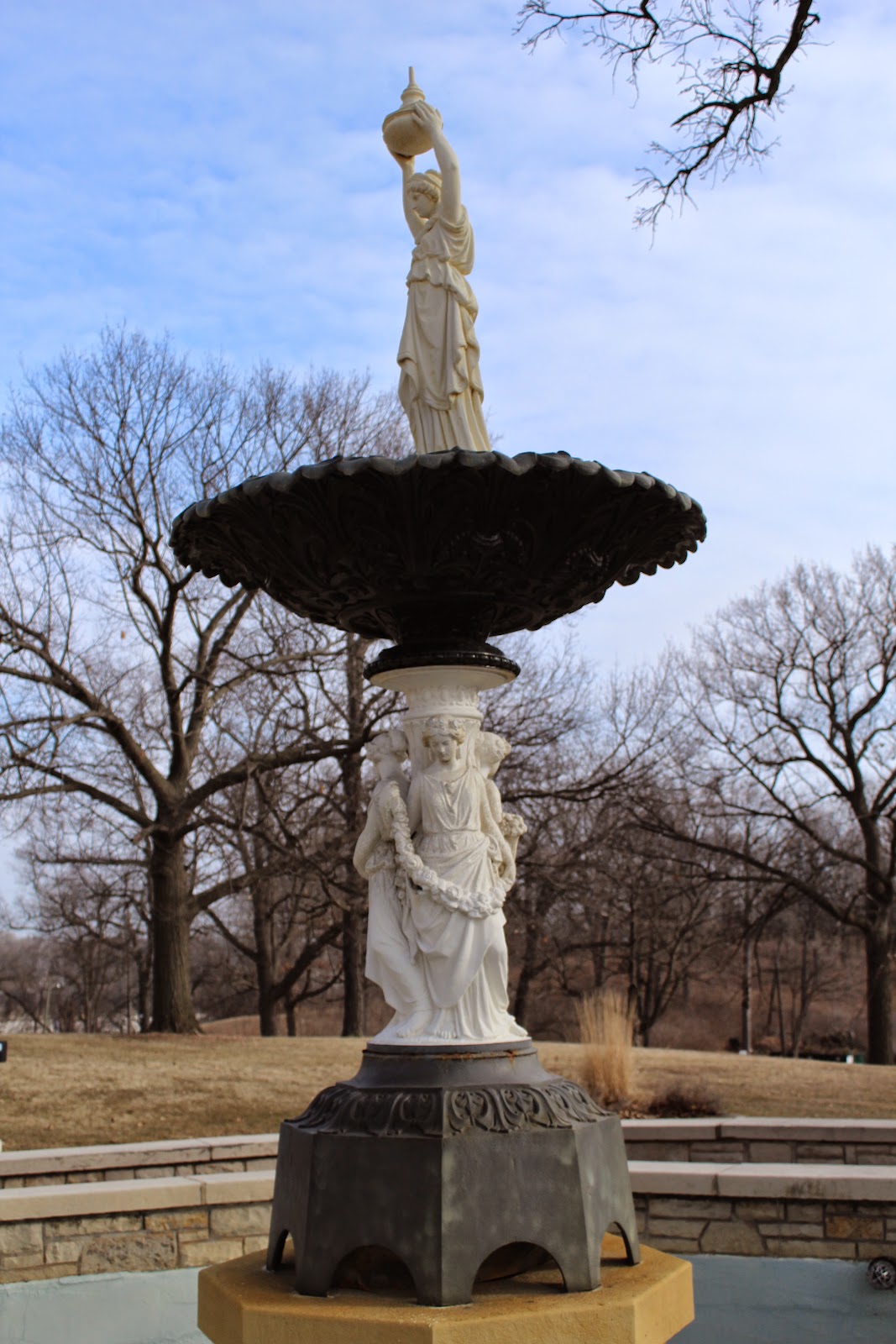 A beautiful fountain across from the Soldiers' Home. 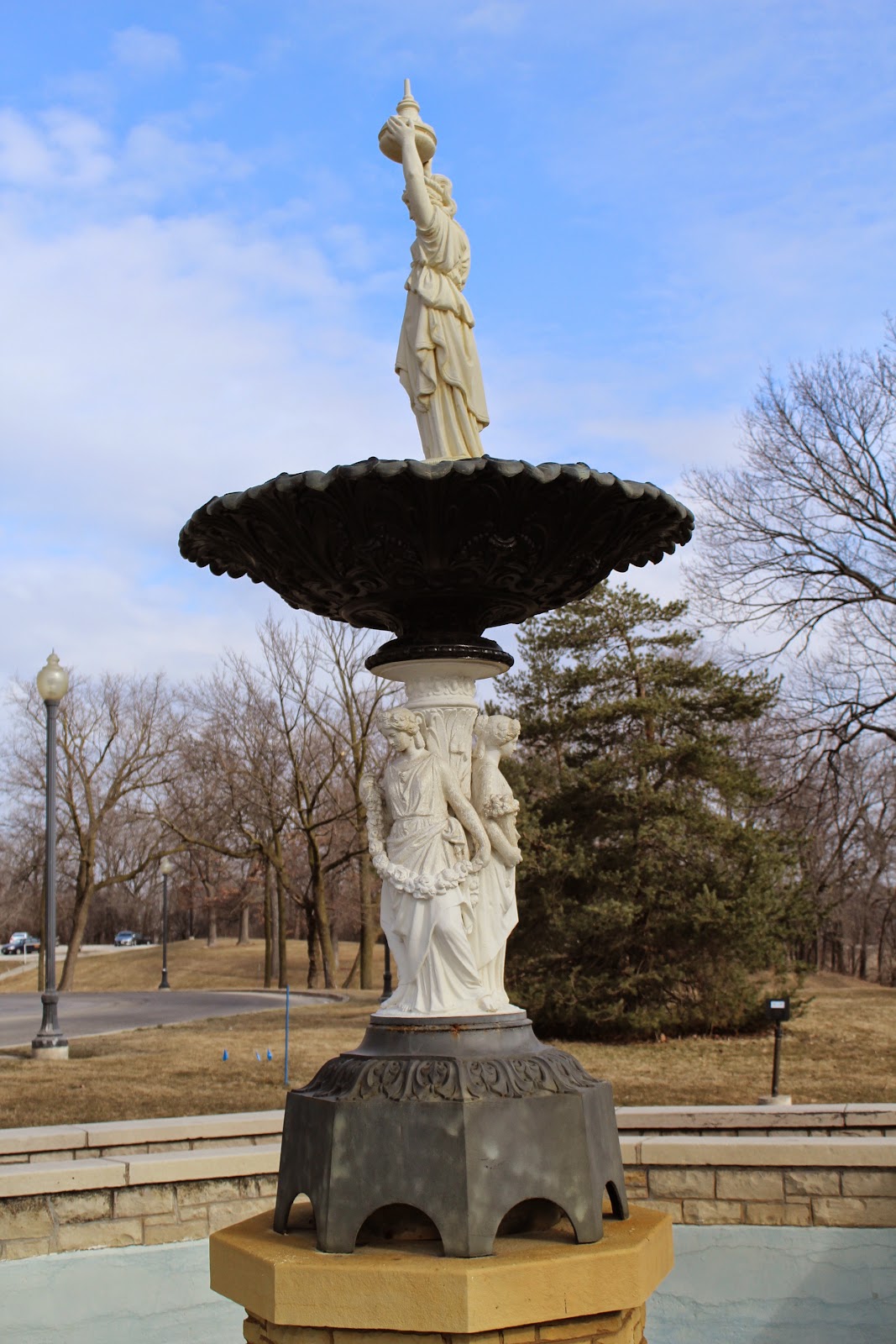 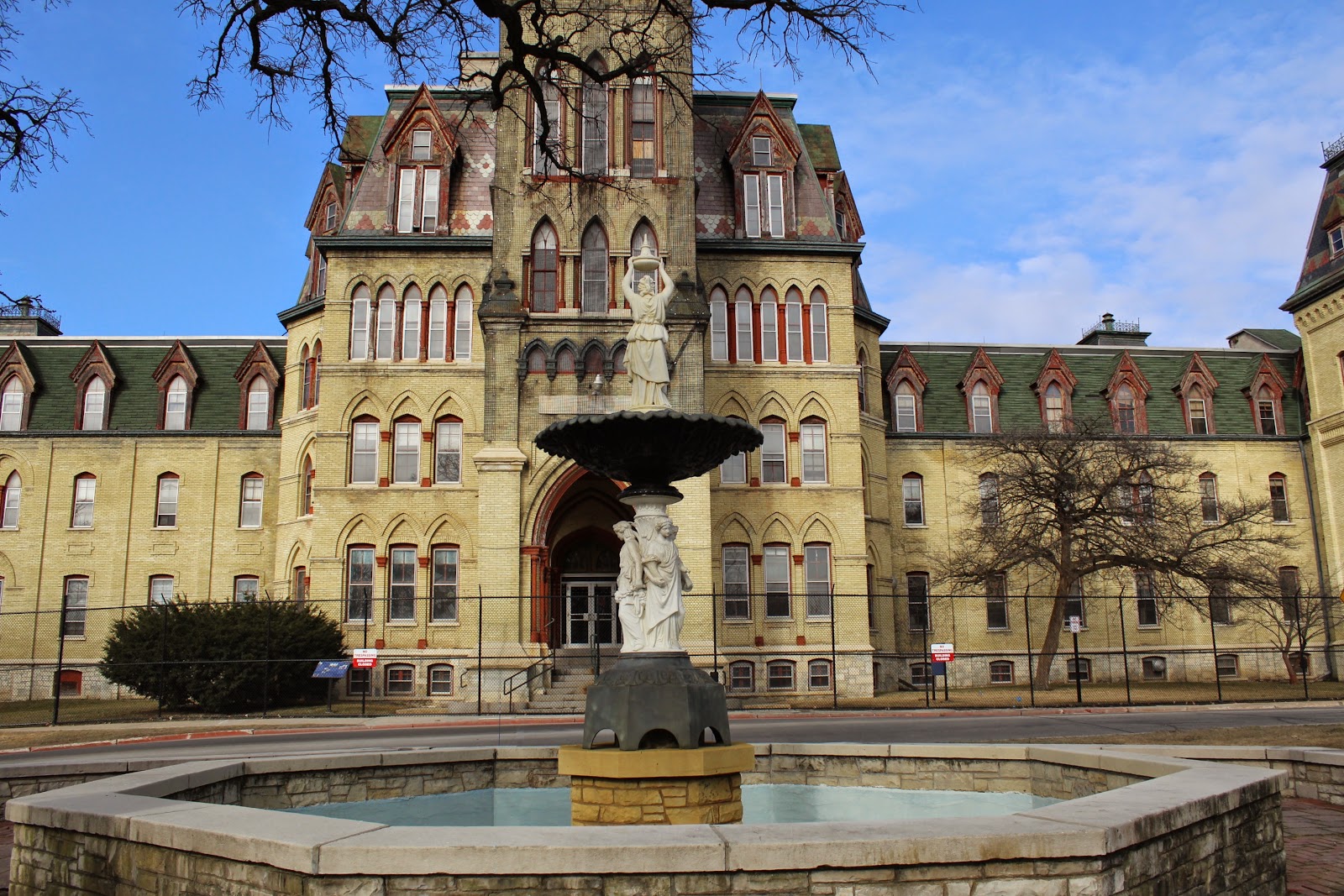 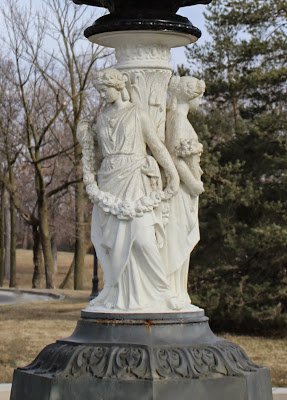 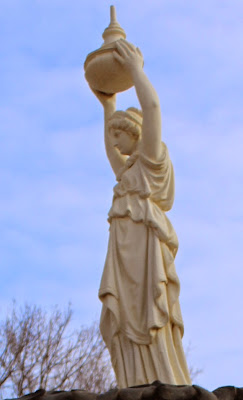 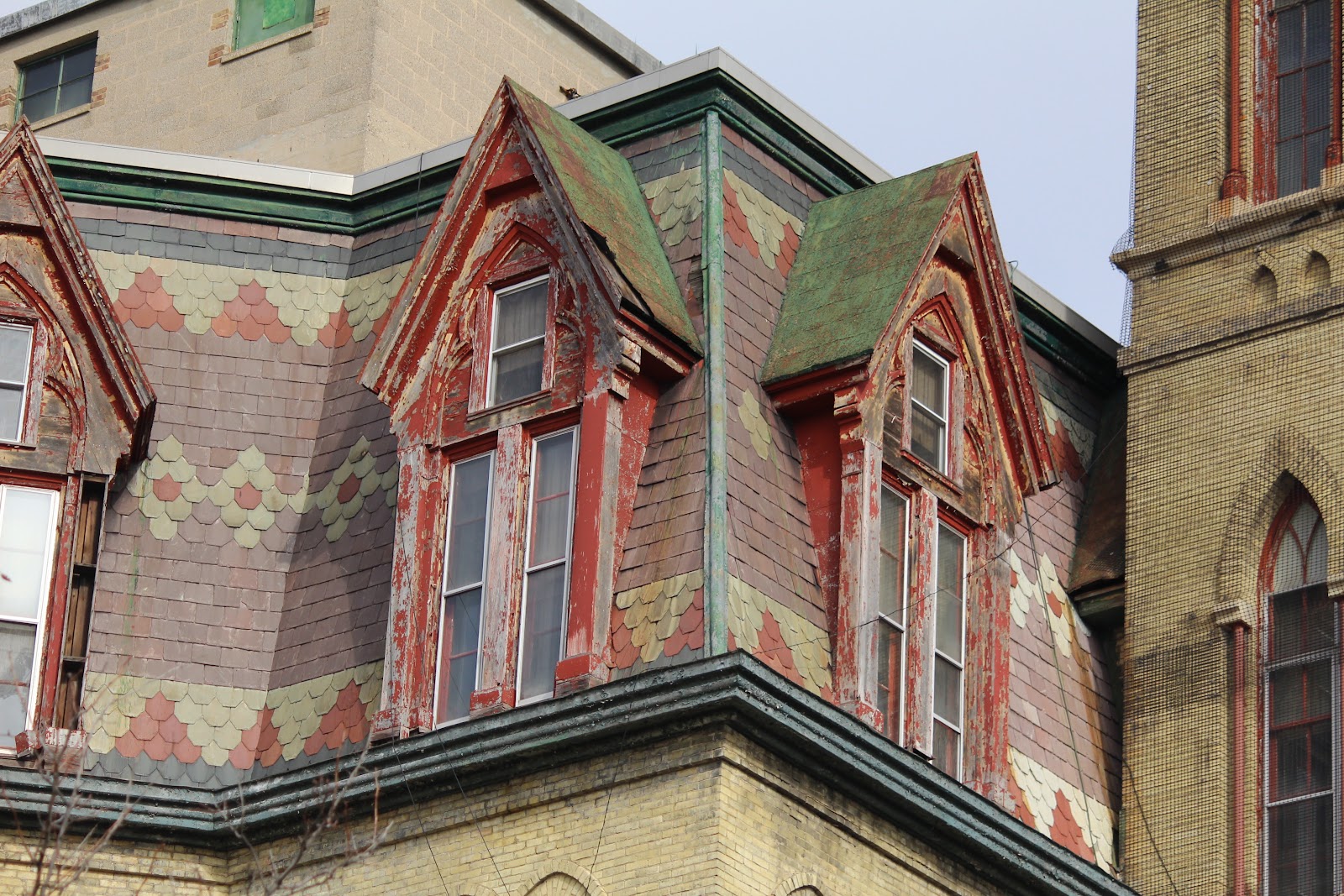 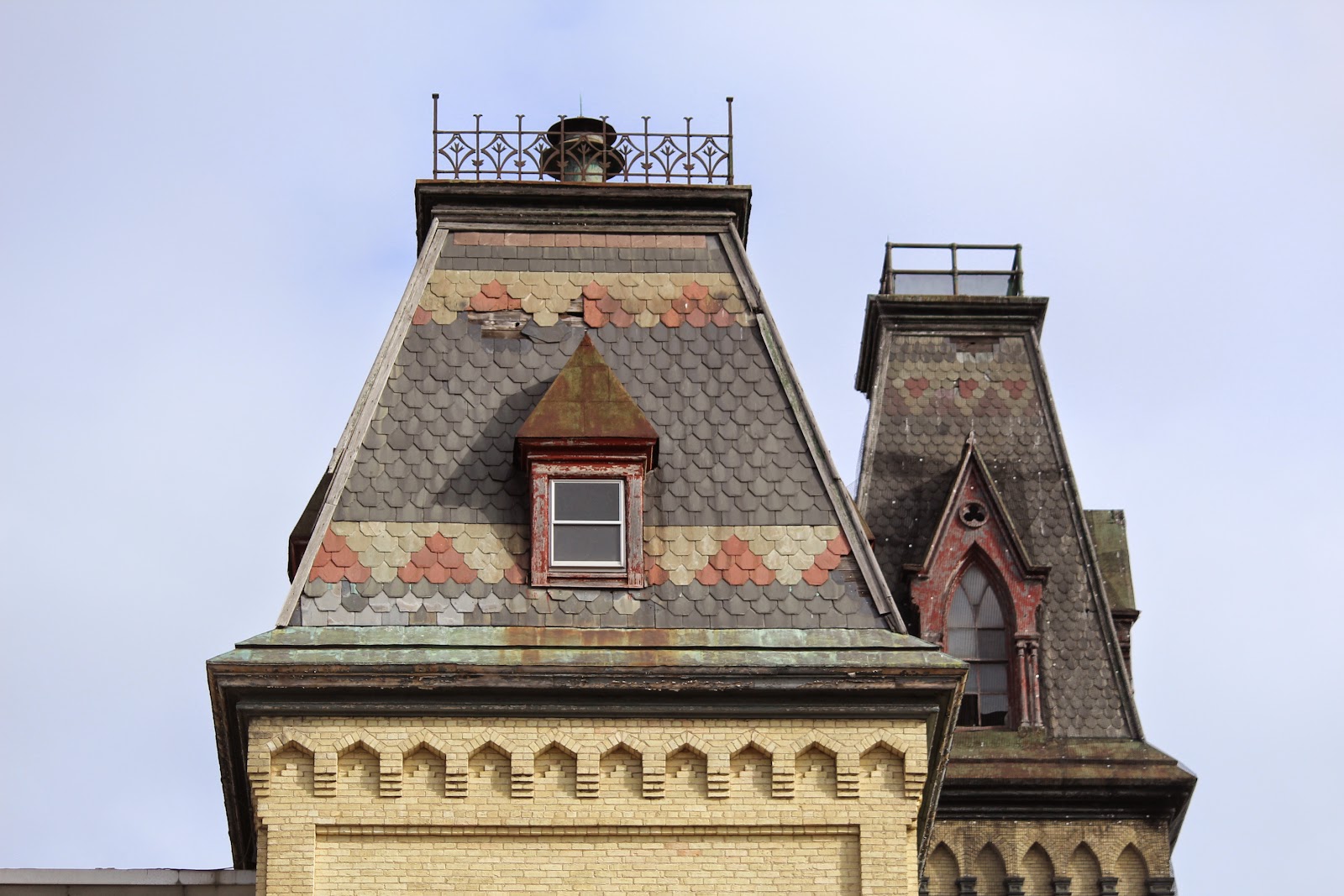 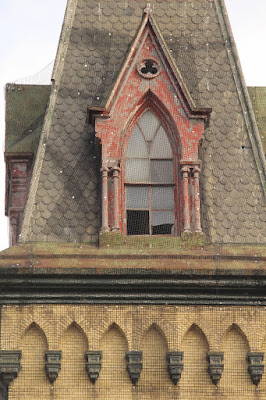 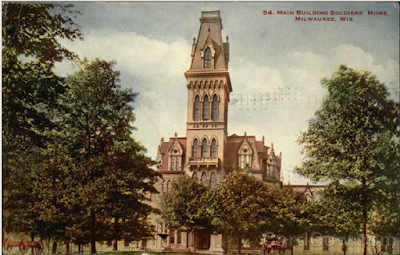 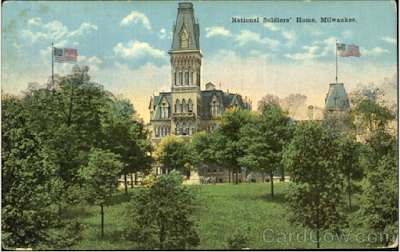 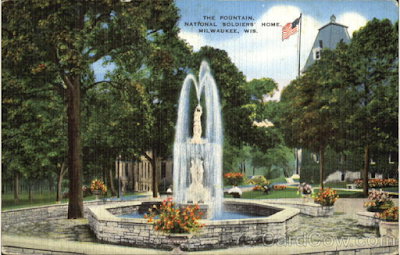 Screenshot of vintage postcard provided by CardCow.com
Established by Congress in 1866, this is the second largest institution
of its kind in U. S. A. The home and grounds have a valuation
of $20,000,000. ninety-two buildings are on its grounds. 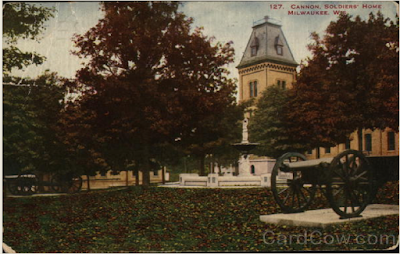 Screenshot of vintage postcard provided by CardCow.com
Postmarked 1908
[Note: Those Civil War cannons are no longer at the property] 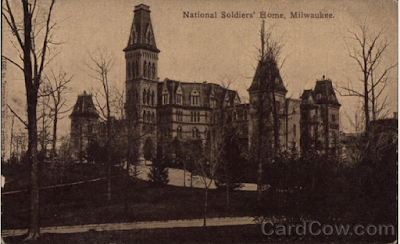 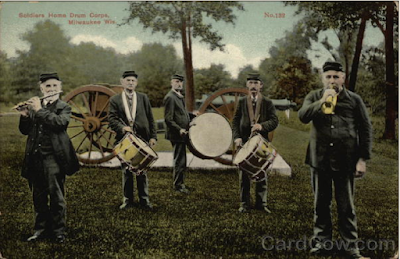 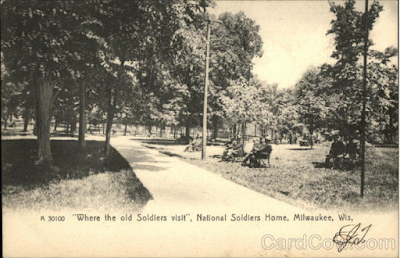 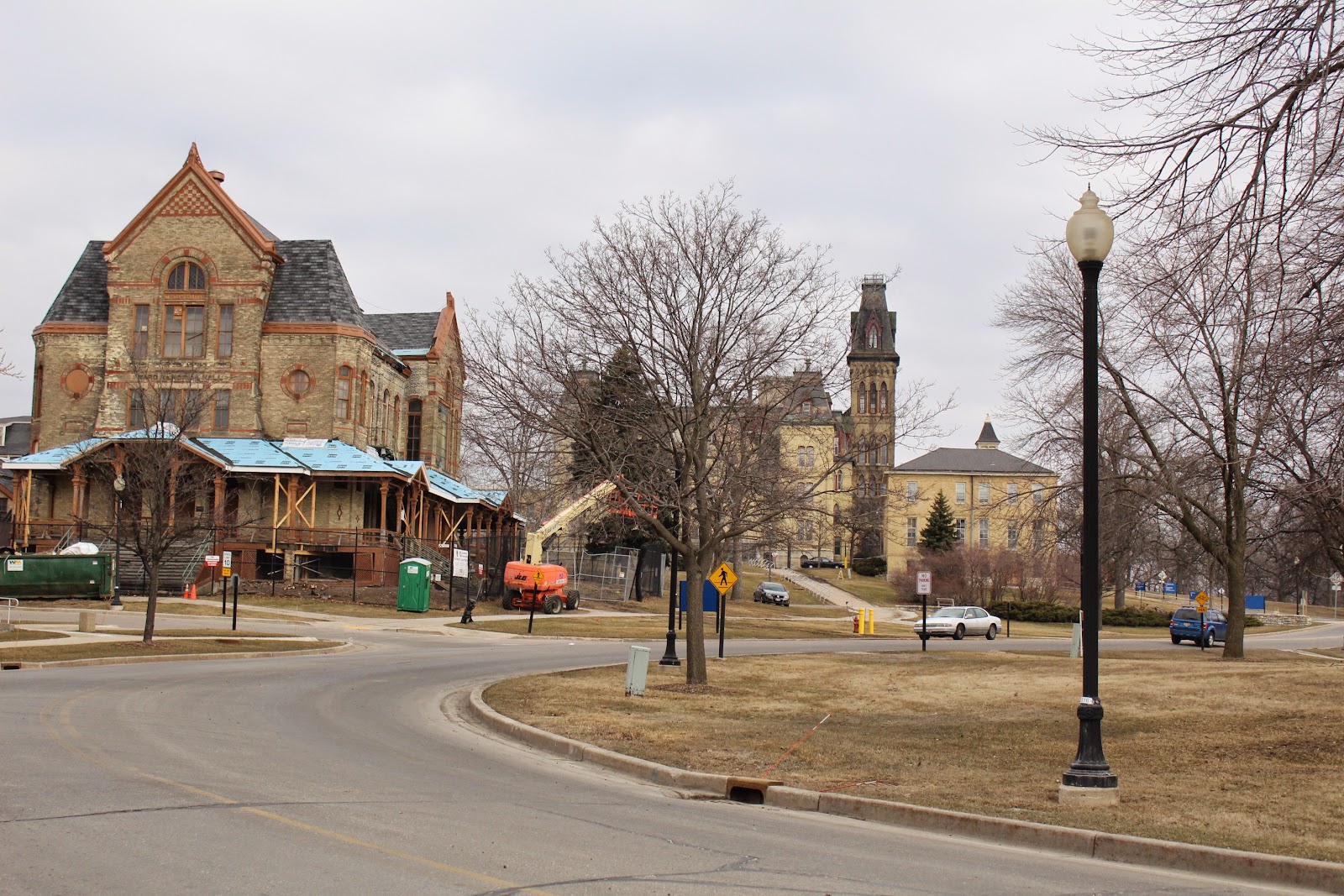 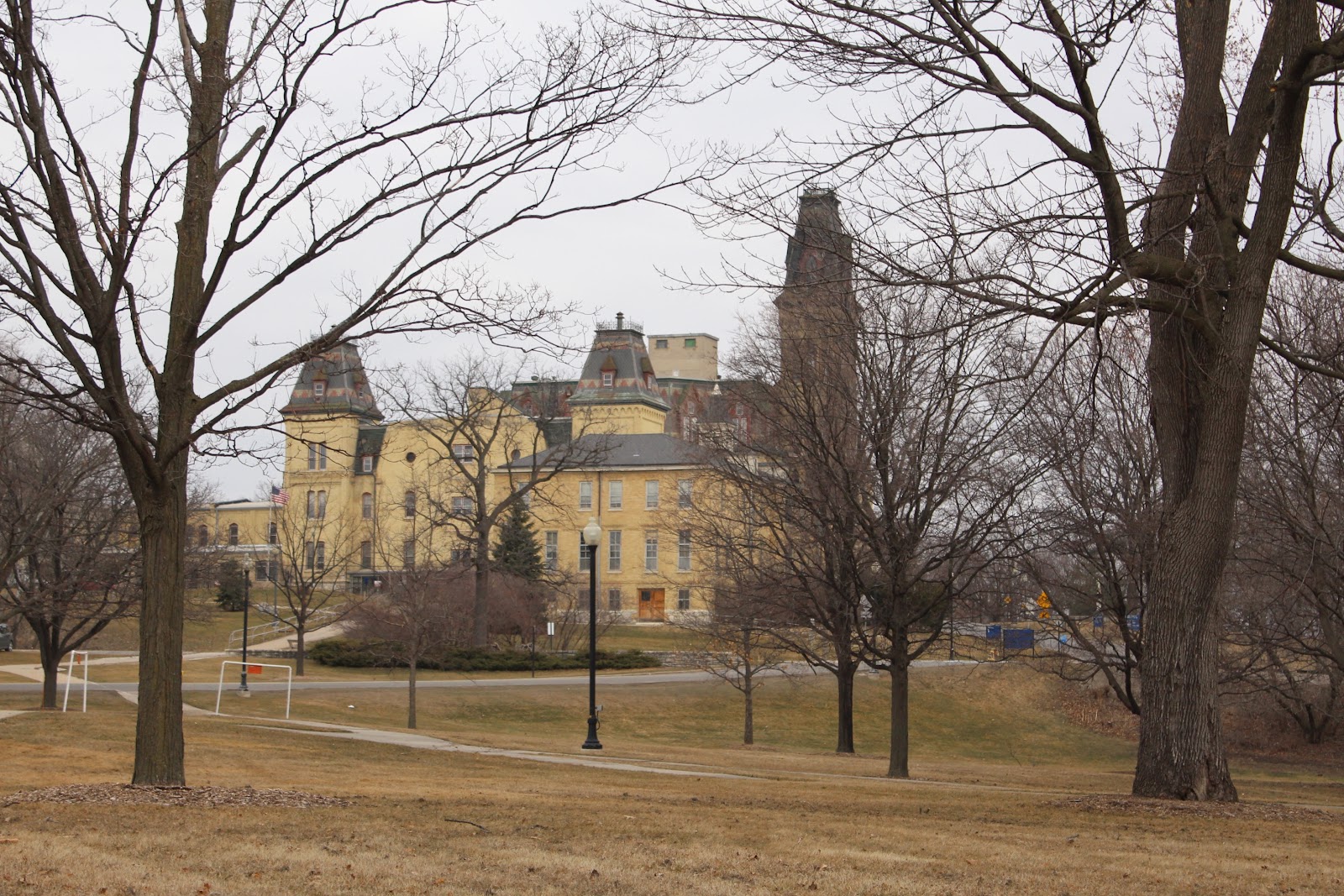 View from the Erastus B. Wolcott, M.D. marker.