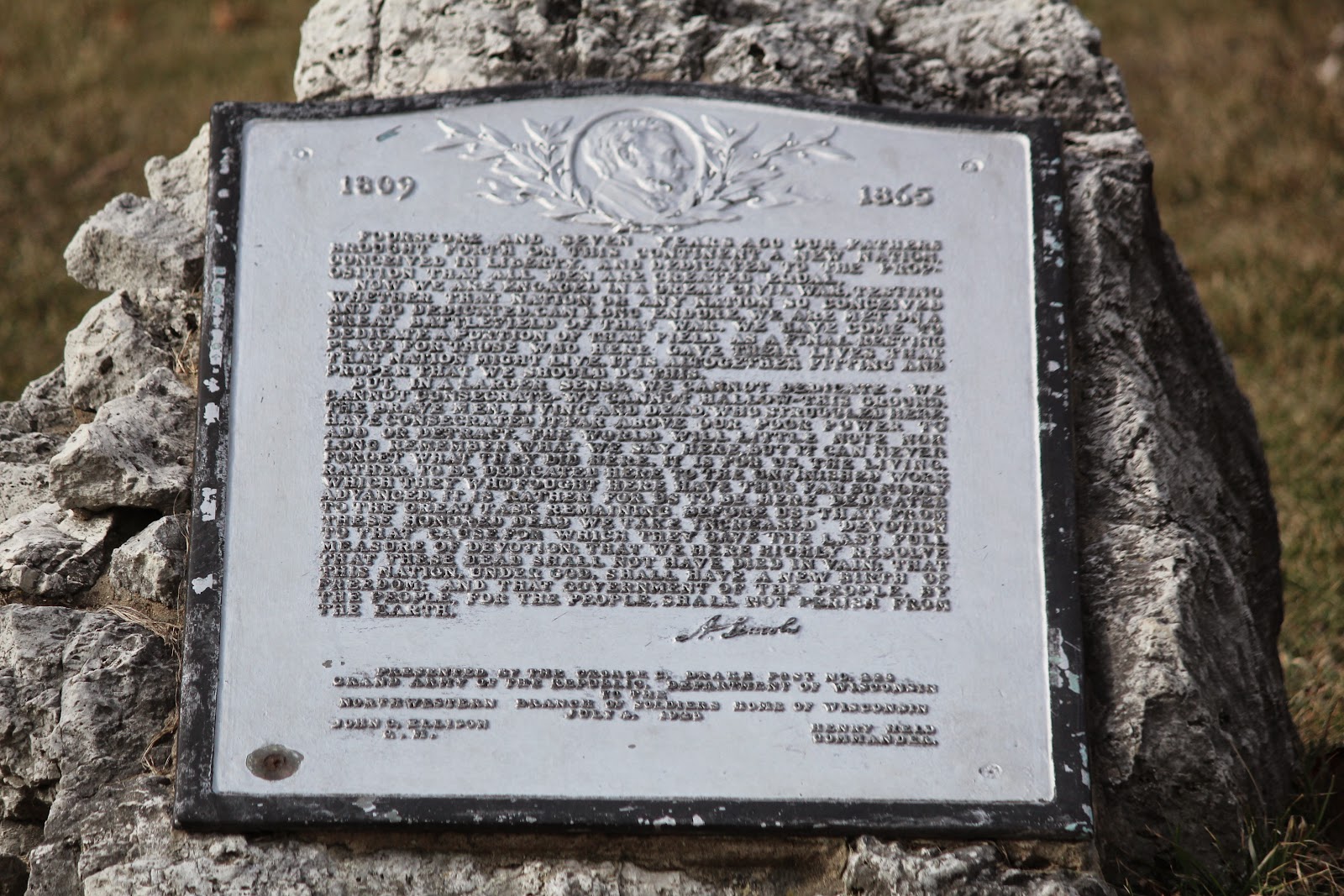 Presented by the George C. Drake Post No. 223, Grand Army of the Republic,
Department of Wisconsin, to the Northwestern Branch of Soldiers Home of Wisconsin 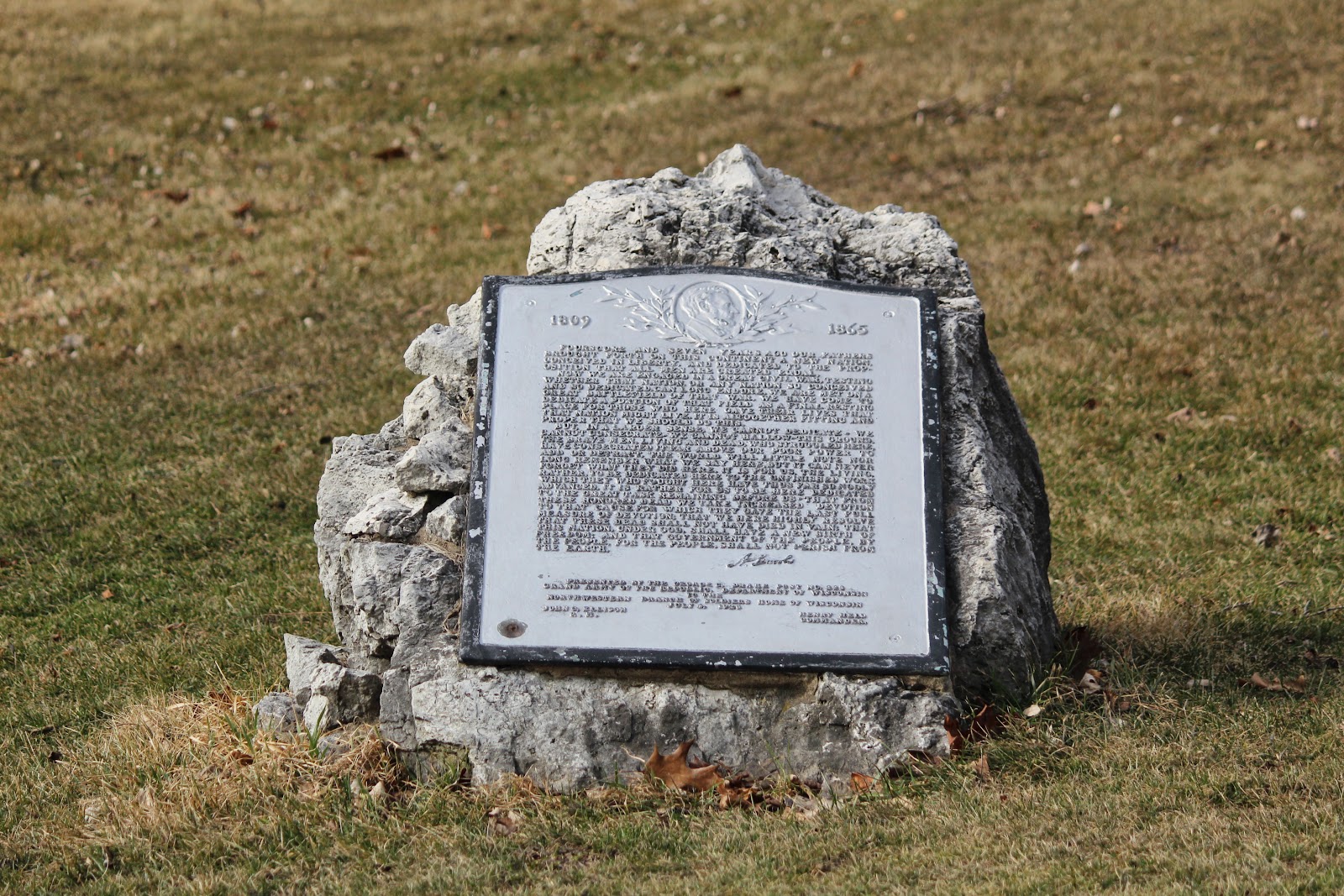 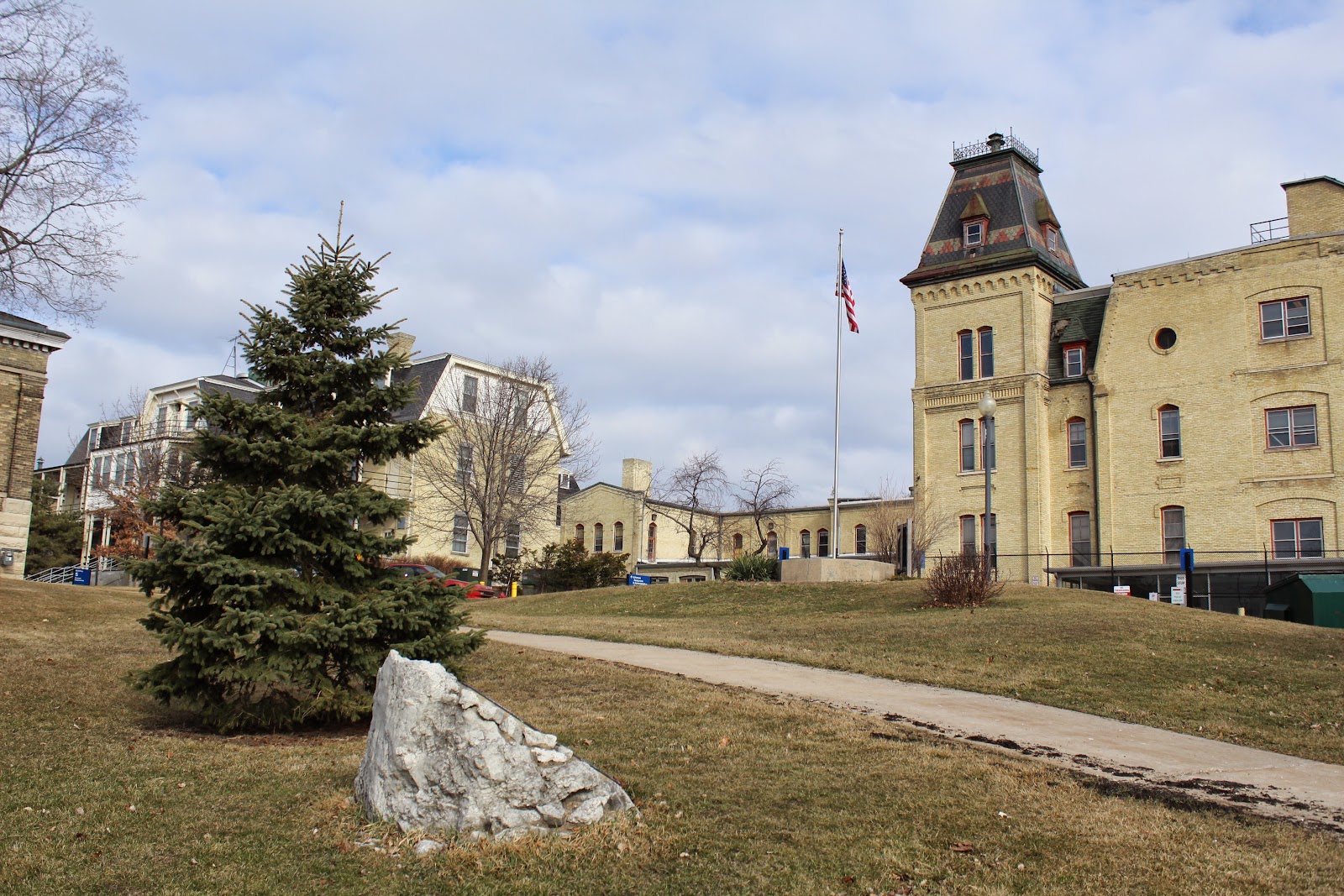 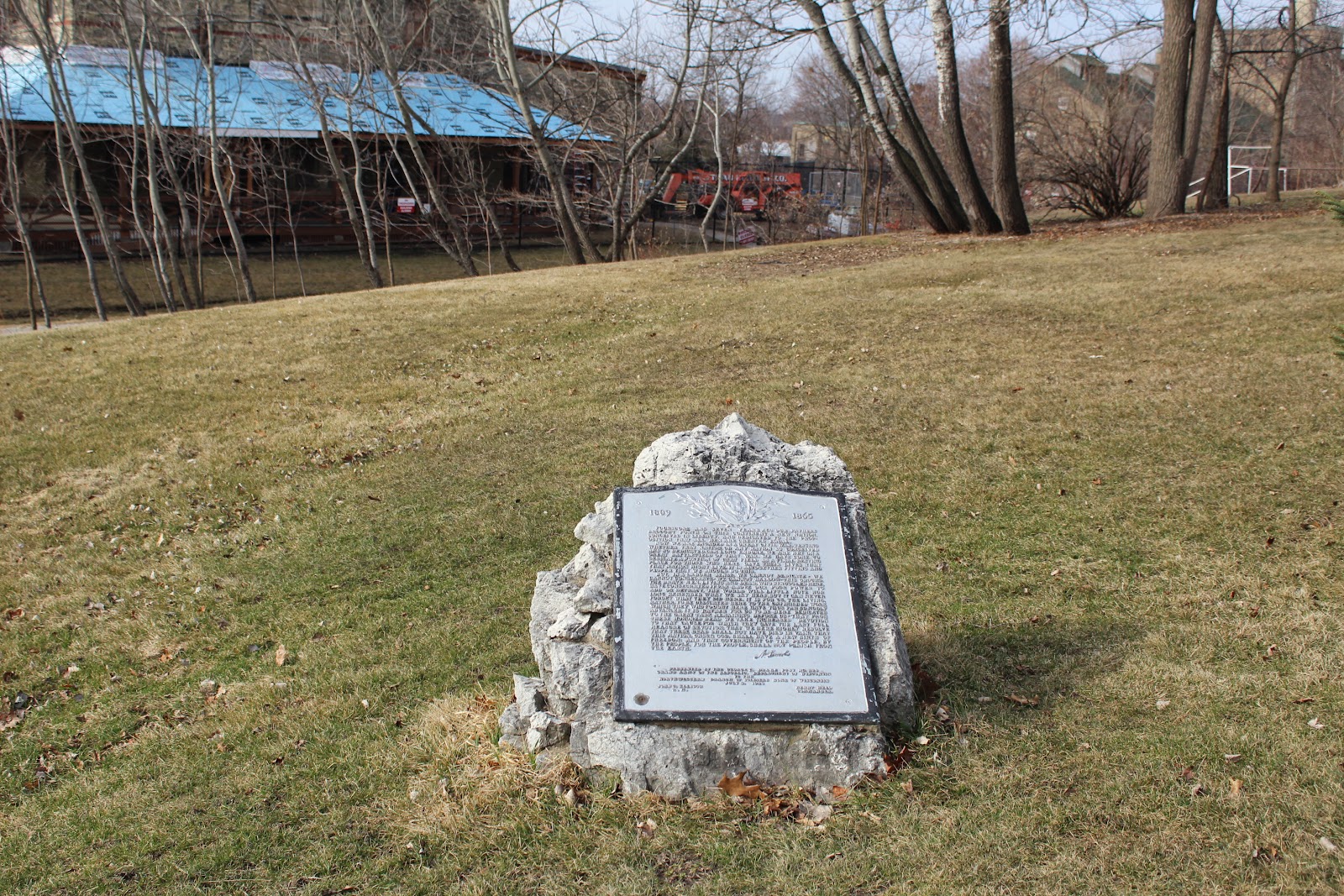 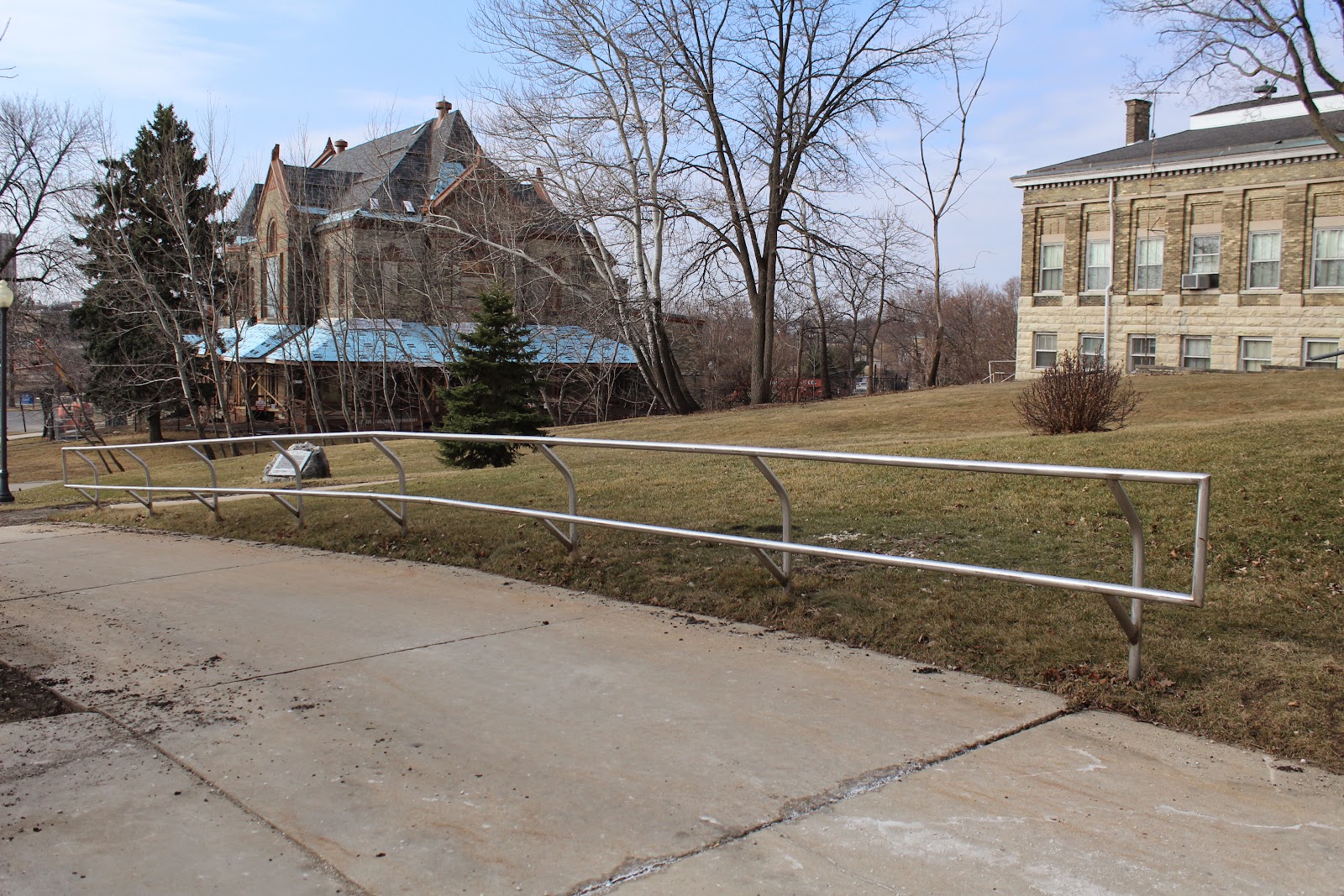 The marker is along the walkway,
visible in the distance to the right of the railing.