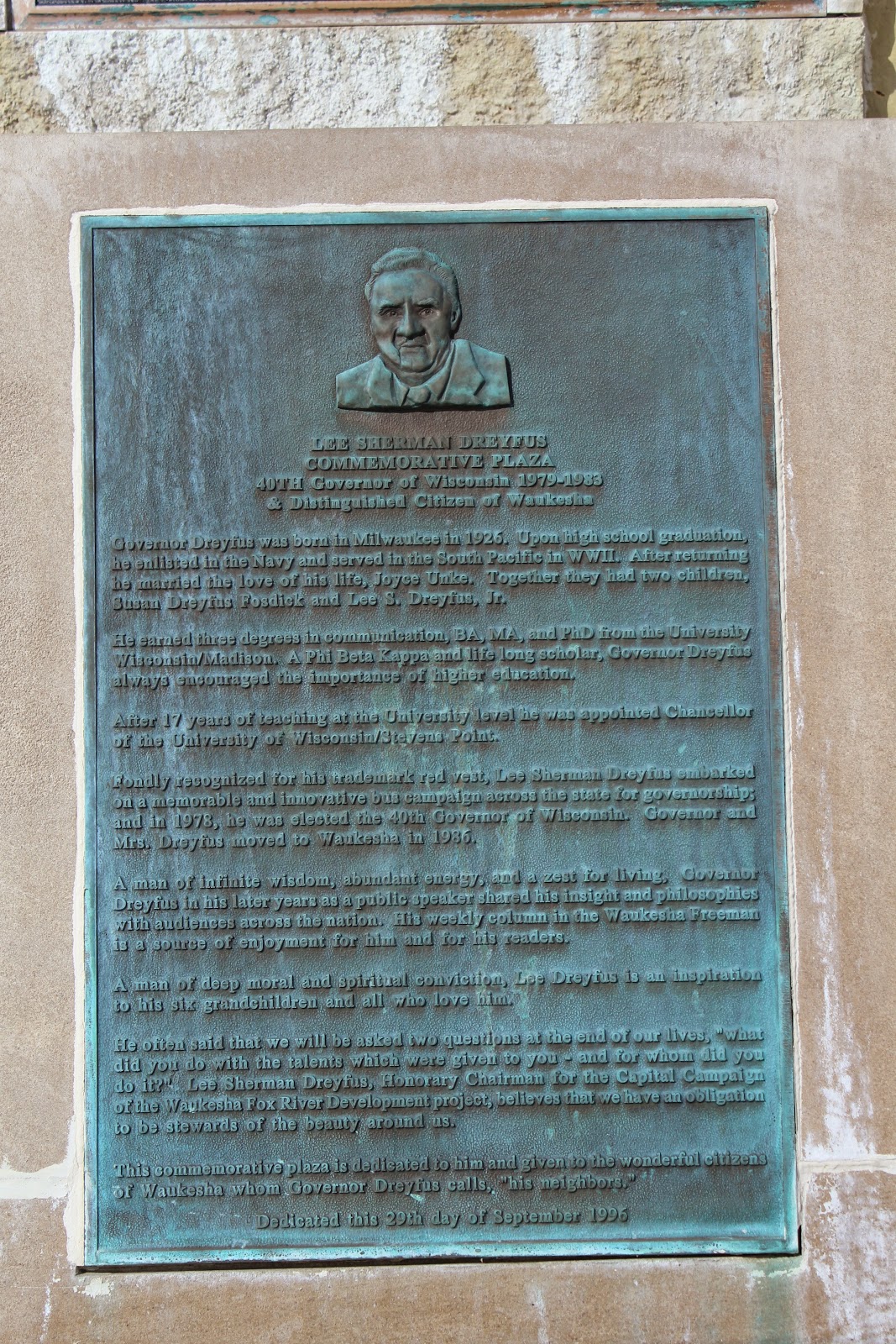 Governor Dreyfus was born in Milwaukee in 1926. Upon high school graduation, he enlisted in the Navy and served in the South Pacific in WWII. After returning he married the love of his life, Joyce Umke. Together they had two children, Susan Dreyfus Fosdick and Lee S. Dreyfus, Jr.

He earned three degrees in communication, BA, MA, and PhD from the University of Wisconsin / Madison. A Phi Beta Kappa and life long scholar, Governor Dreyfus always encouraged the importance of higher education.

Fondly recognized for his trademark red vest, Lee Sherman Dreyfus embarked on a memorable and innovative campaign across the state for governorship, and in 1978, he was elected the 40th Governor of Wisconsin. Governor and Mrs. Dreyfus moved to Waukesha in 1986.

A man of infinite wisdom, abundant energy, and a zest for living, Governor Dreyfus in his later years as a public speaker shared his insight and philosophies with audiences across the nation. His weekly column in the Waukesha Freeman is a source of enjoyment for him and for its readers.

A man of deep moral and spiritual conviction, Lee Dreyfus is an inspiration to his six grandchildren and all who love him.

He often said that we will all be asked two questions at the end of our lives, "What did you do with the talents which were given to you -- and for whom did you do it?" Lee Sherman Dreyfus, Honorary Chairman for the Capital Campaign of the Waukesha Fox River Development project, believes that we have an obligation to be stewards of the beauty around us.

This commemorative plaza is dedicated to him and given to the wonderful citizens of Waukesha whom Governor Dreyfus calls, "his neighbors."

Dedicated this 29th day of September 1996

The marker is located on the east bank of the Fox River, and is accessible from the parking area on Riverfront Plaza, west of its intersection with North Barstow Street, Waukesha, Wisconsin 53186. 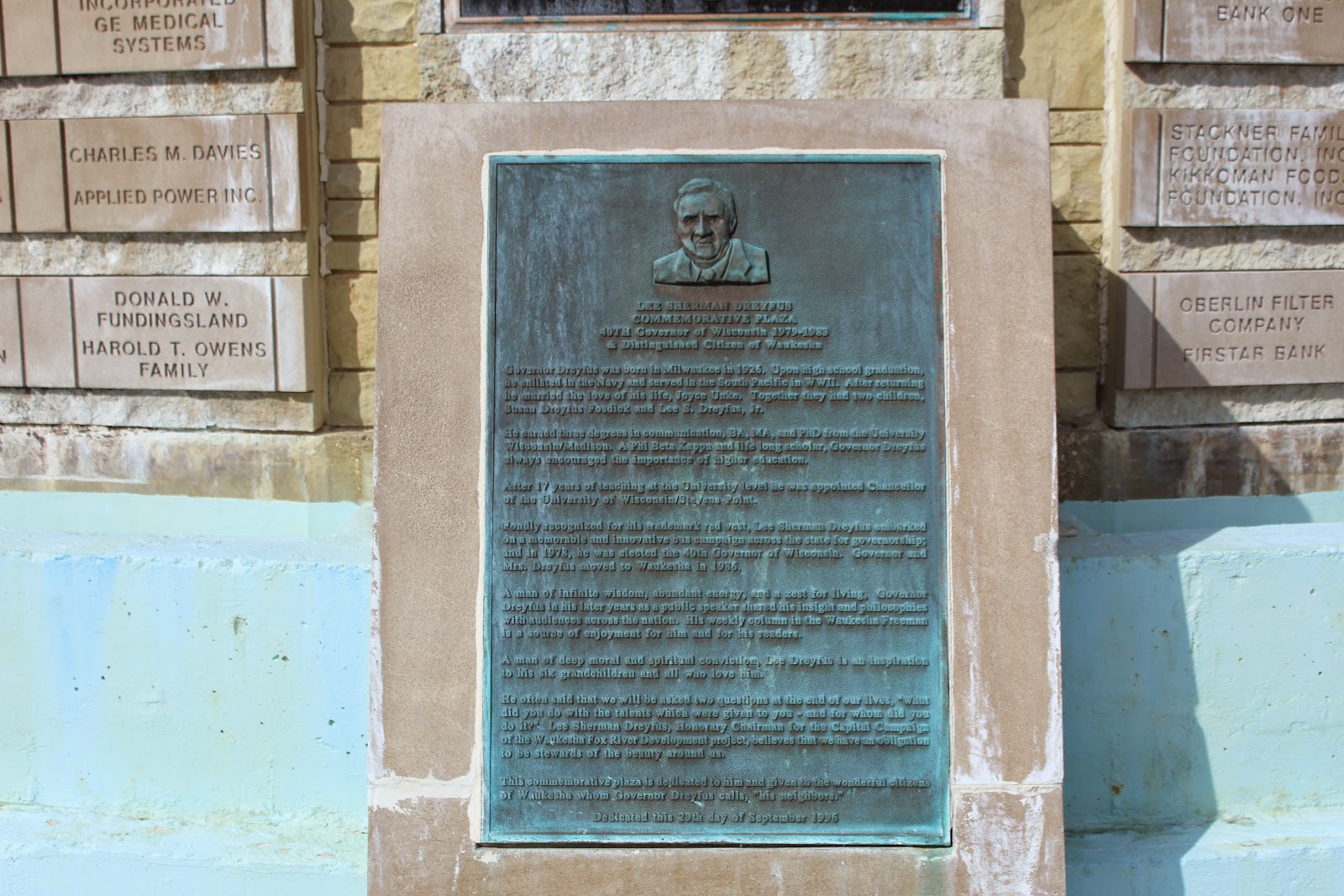 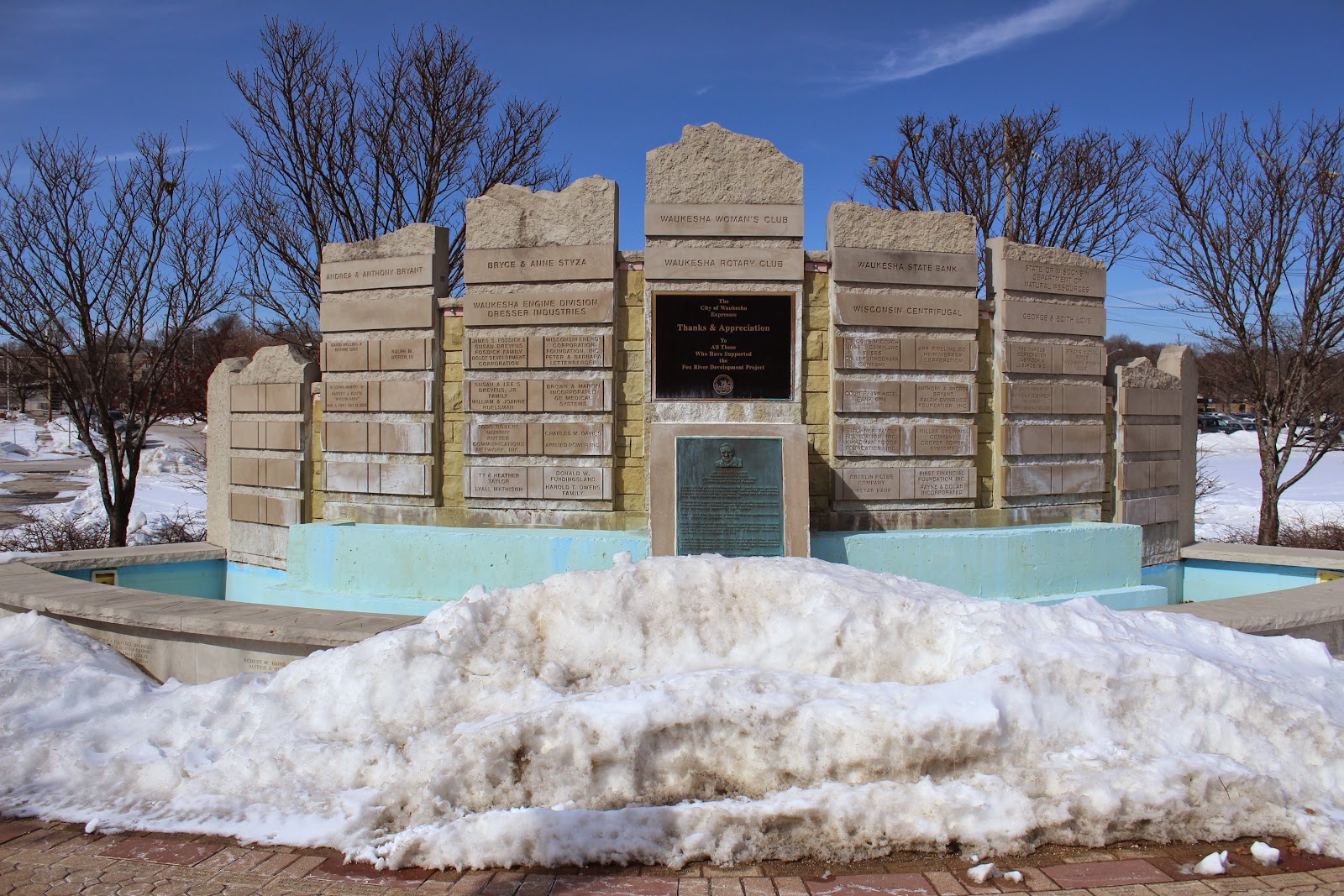 The marker is visible at the end of the bridge. 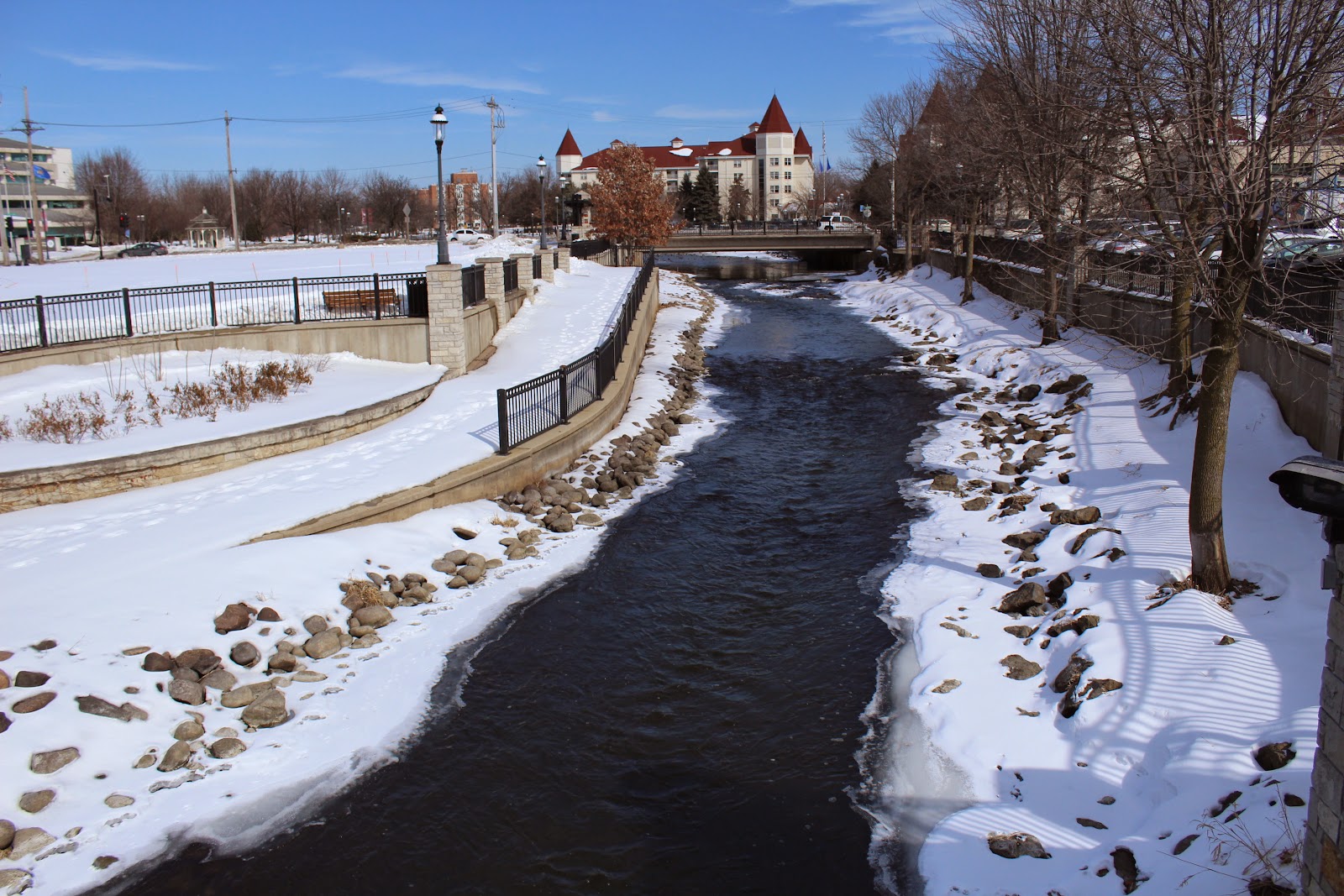 Looking north at the Fox River, from Bryant Bridge. . . 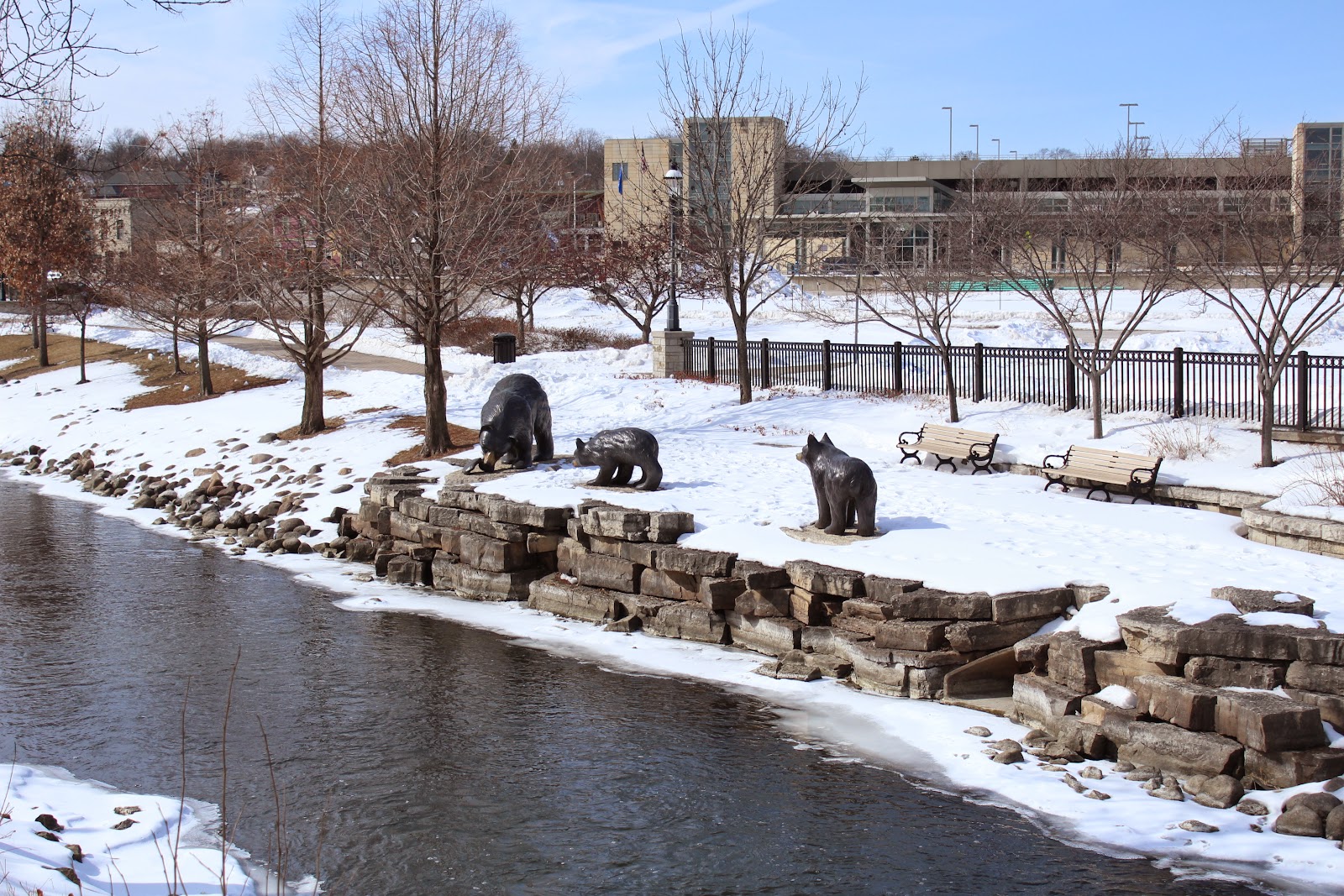 Looking south at the Fox River, from Bryant Bridge.
Click here to read "What's the story behind the three bears? "