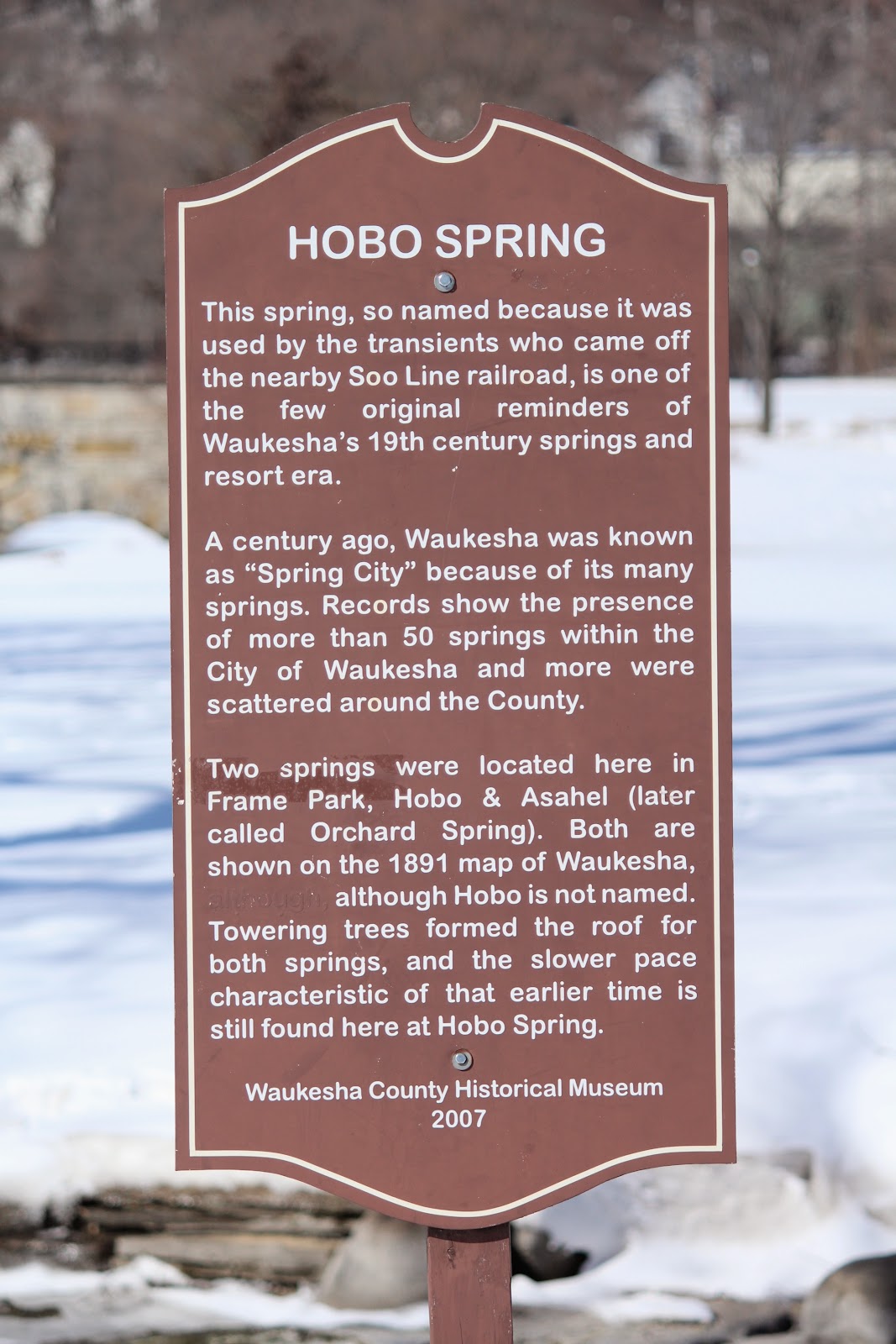 This spring, so named because it was used by the transients who came off the nearby Soo Line railroad, is one of the few original reminders of Waukesha’s 19th century springs and resort era.

A century ago, Waukesha was known as “Spring City” because of its many springs. Records show the presence of more than 50 springs within the City of Waukesha and more were scattered around the County.

Two springs were located here in Frame Park, Hobo and Asahel (later called Orchard Spring). Both are shown on the 1891 map of Waukesha, although Hobo is not named. Towering trees formed the roof for both springs, and the slower pace characteristic of that earlier time is still found here at Hobo Spring.

The marker and spring are located at Frame Park adjacent to a parking lot on Frame Park Drive, south of its intersection with East Moreland Boulevard / U.S. Route 18, Waukesha, Wisconsin 53186.

NOTE: My GPS (TomTom) had some difficulty accessing this location. Be sure to enter the park off East Moreland Boulevard / U.S. Route 18.

Wisconsin Stories: The Power of Water

This marker is No. 34-07 in a series of historical markers erected by the Waukesha County Historical Society. 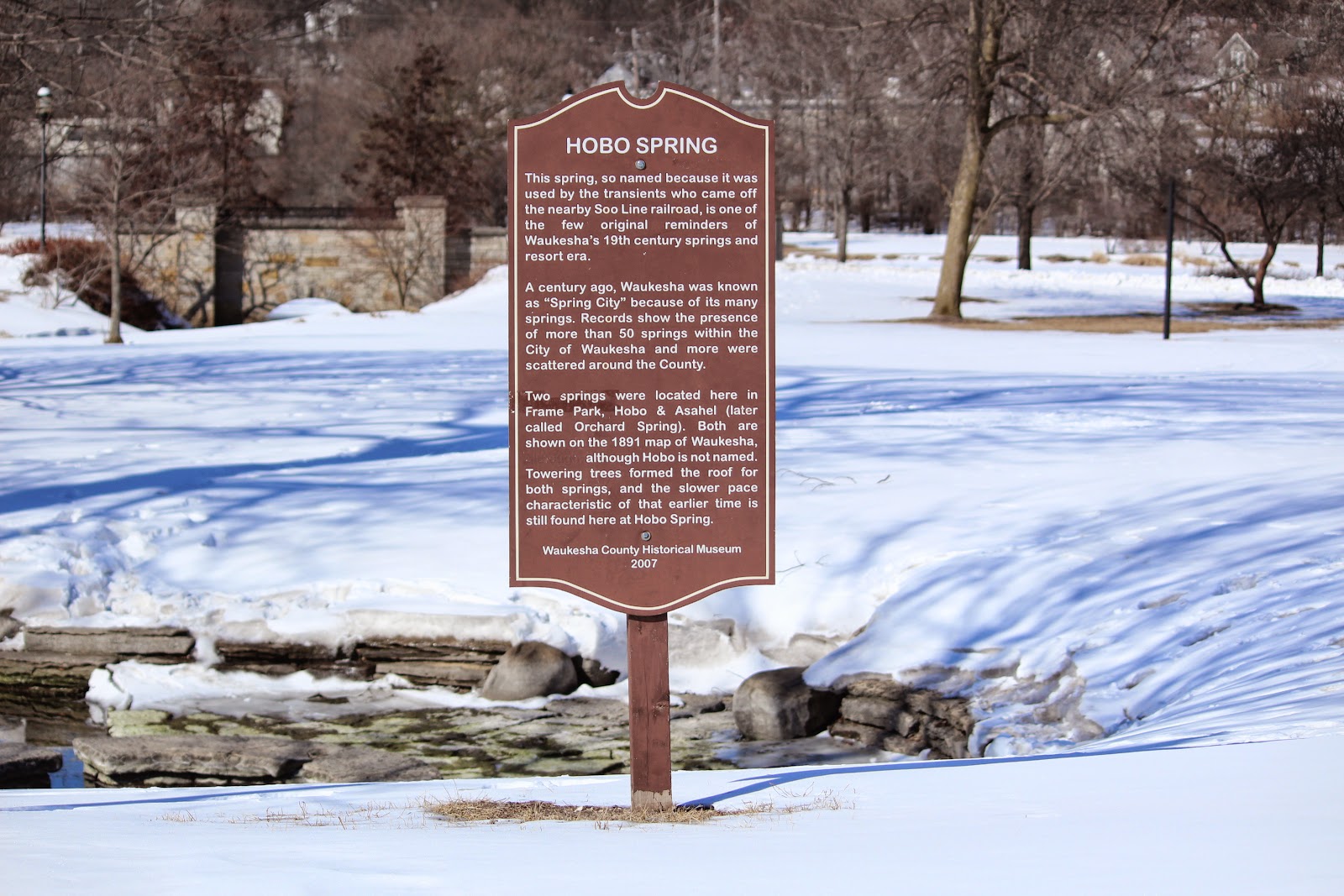 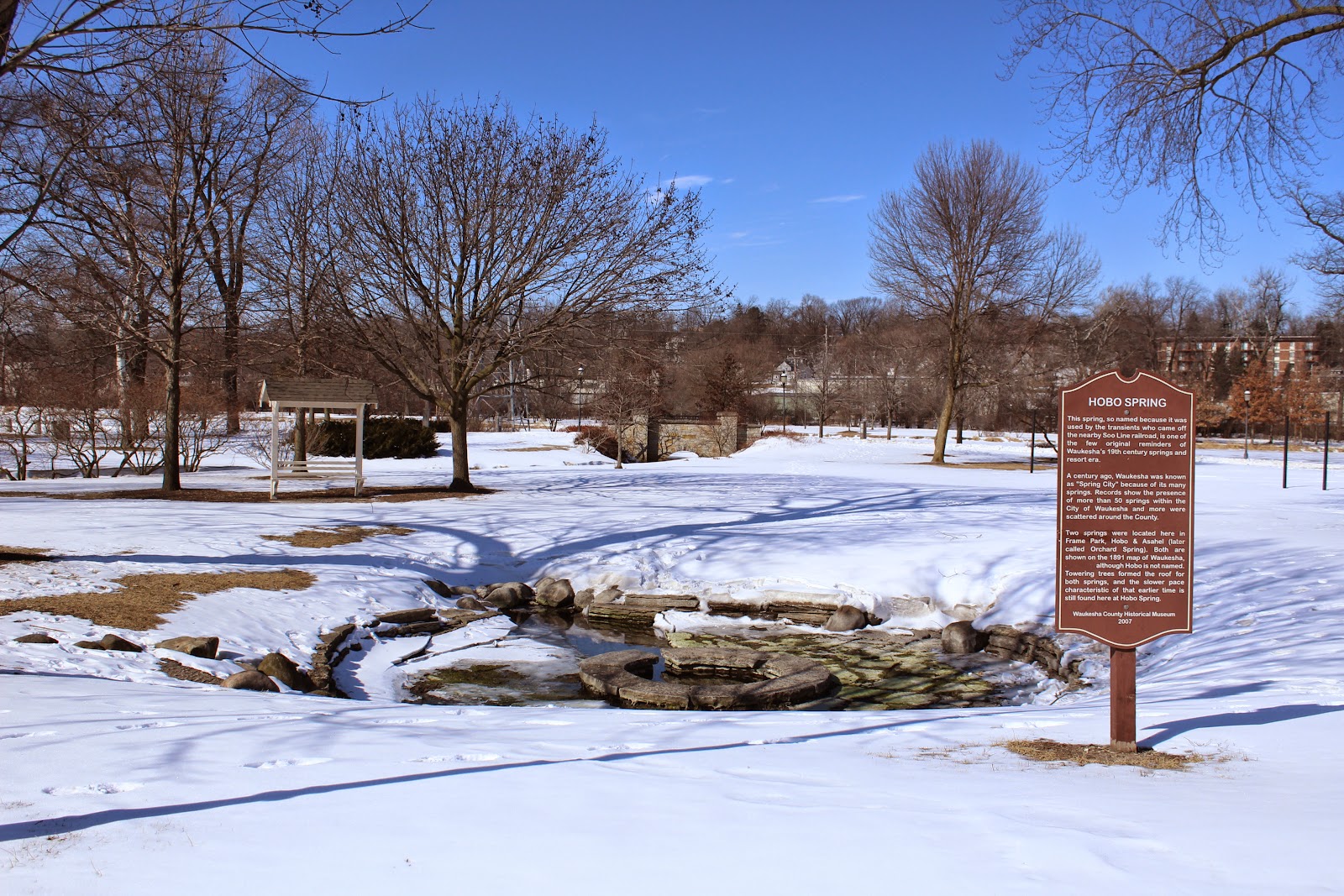 A beautiful location, with the Fox River in the distance . . . 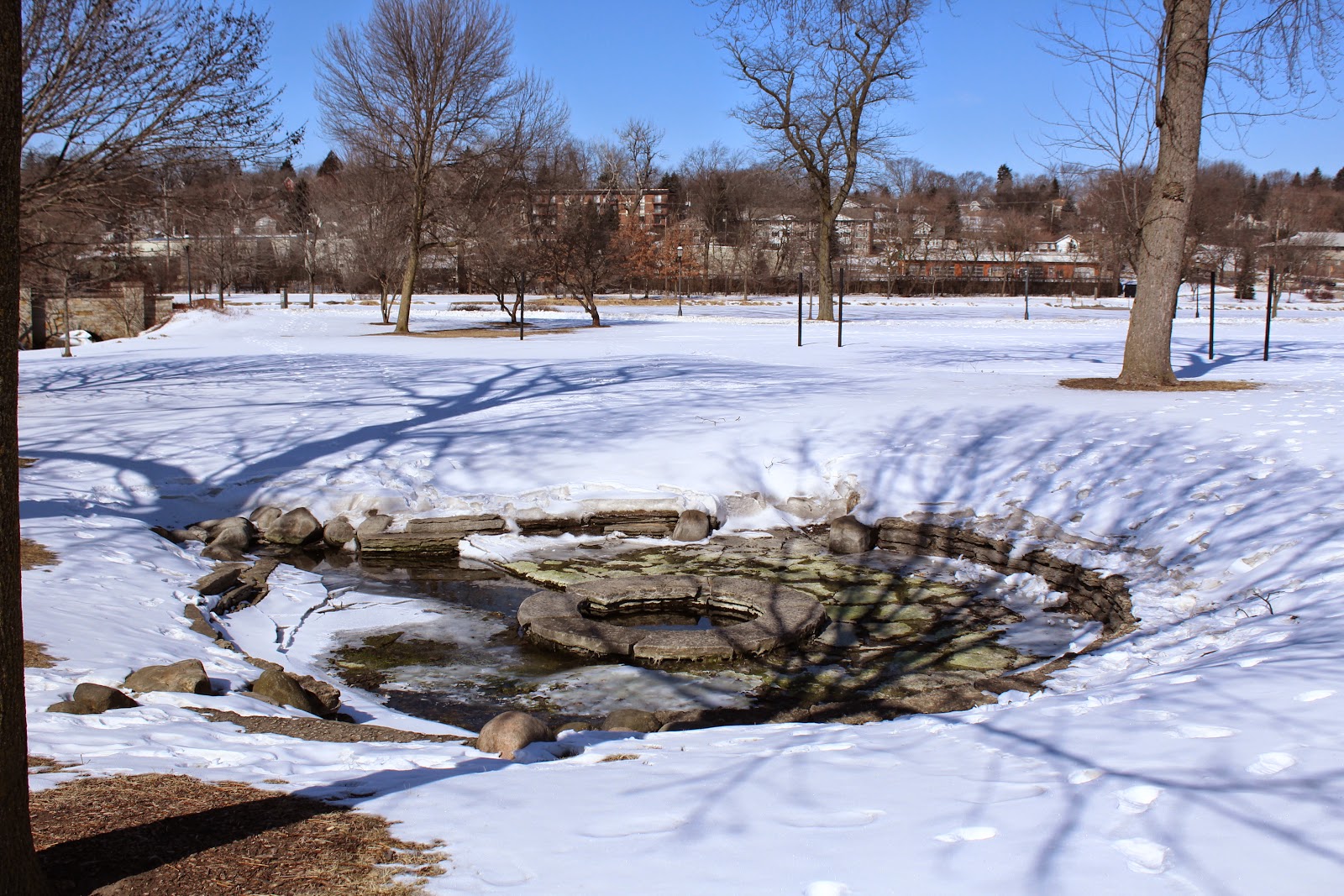 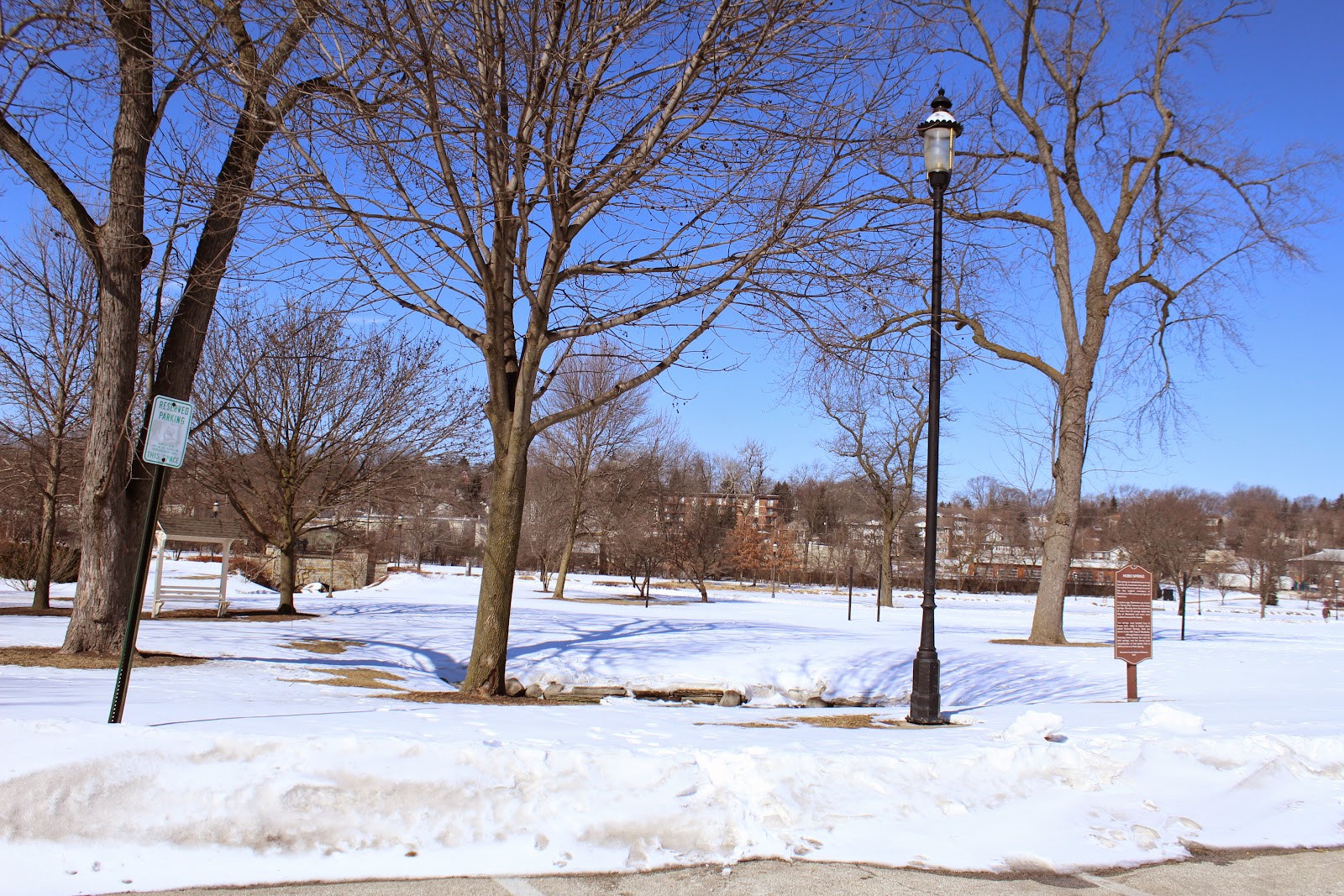 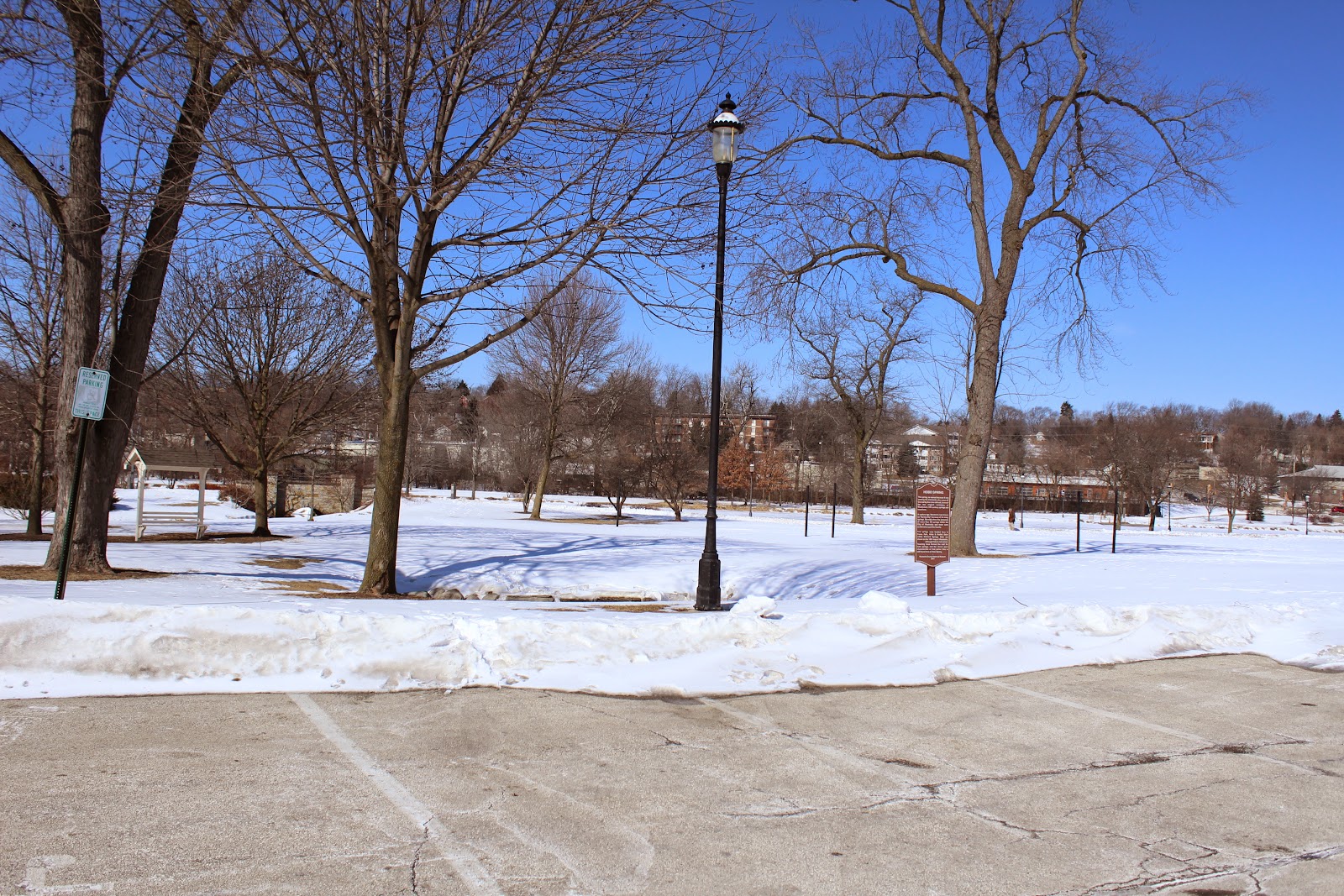 The marker and spring are located adjacent to loads of parking. 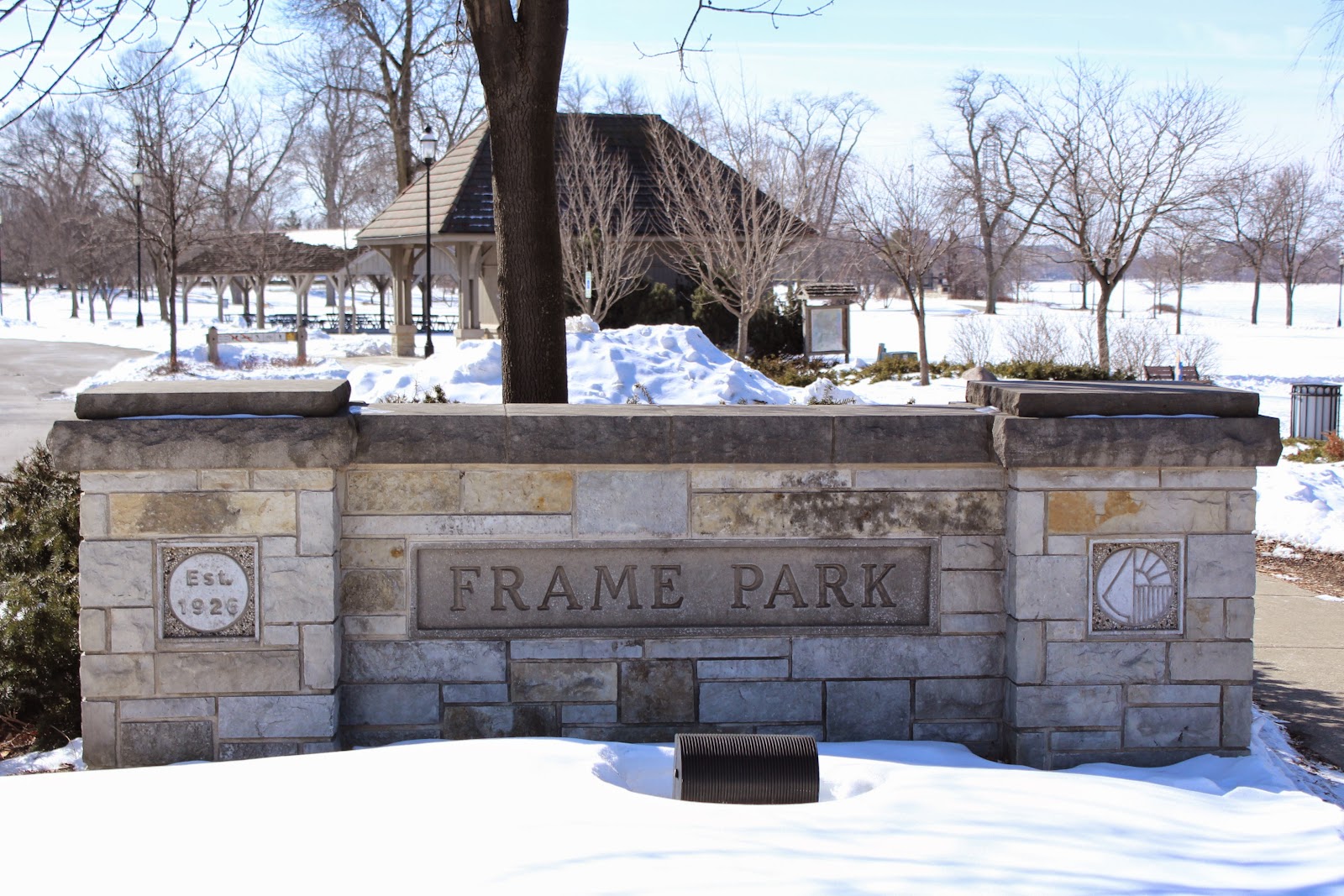 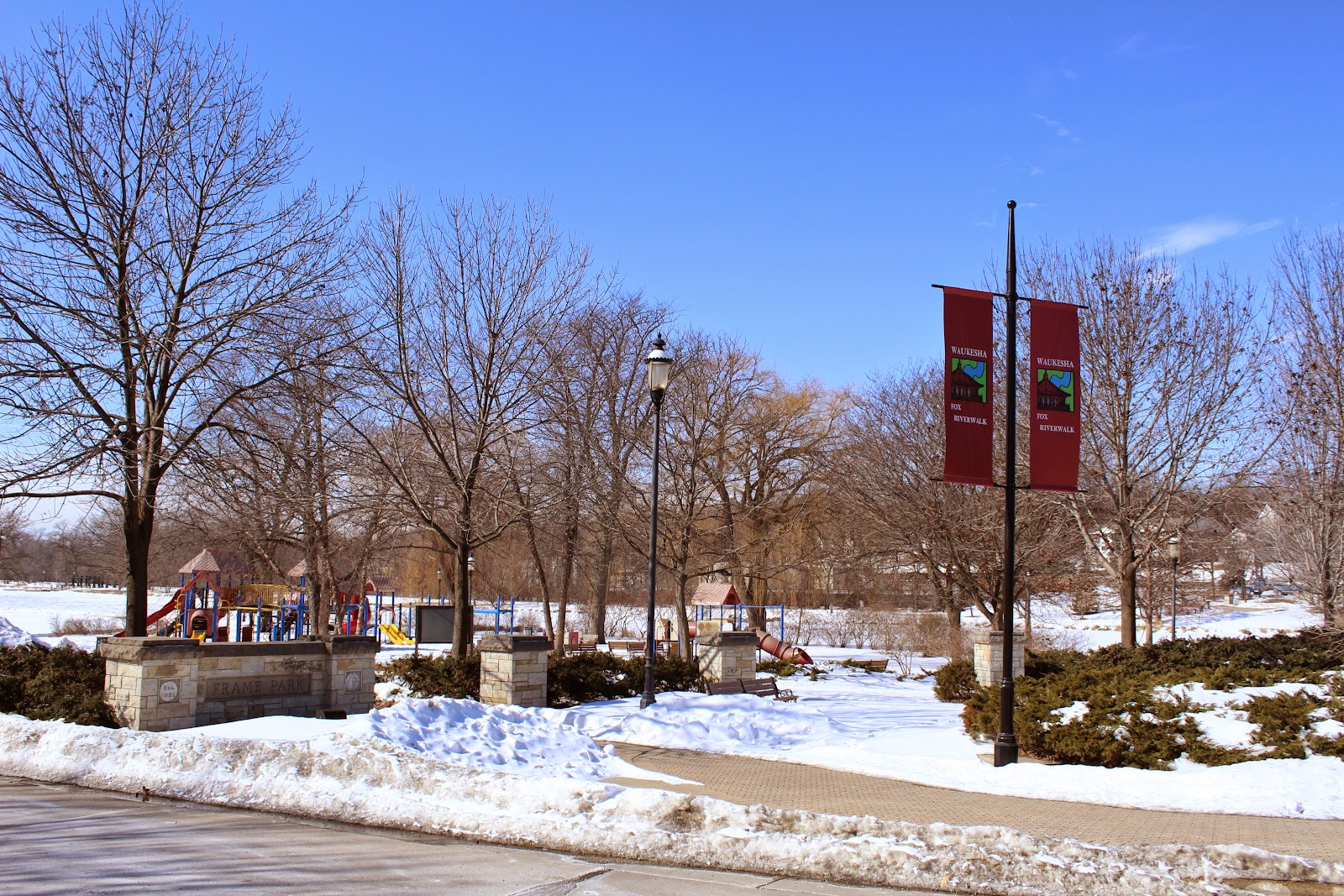 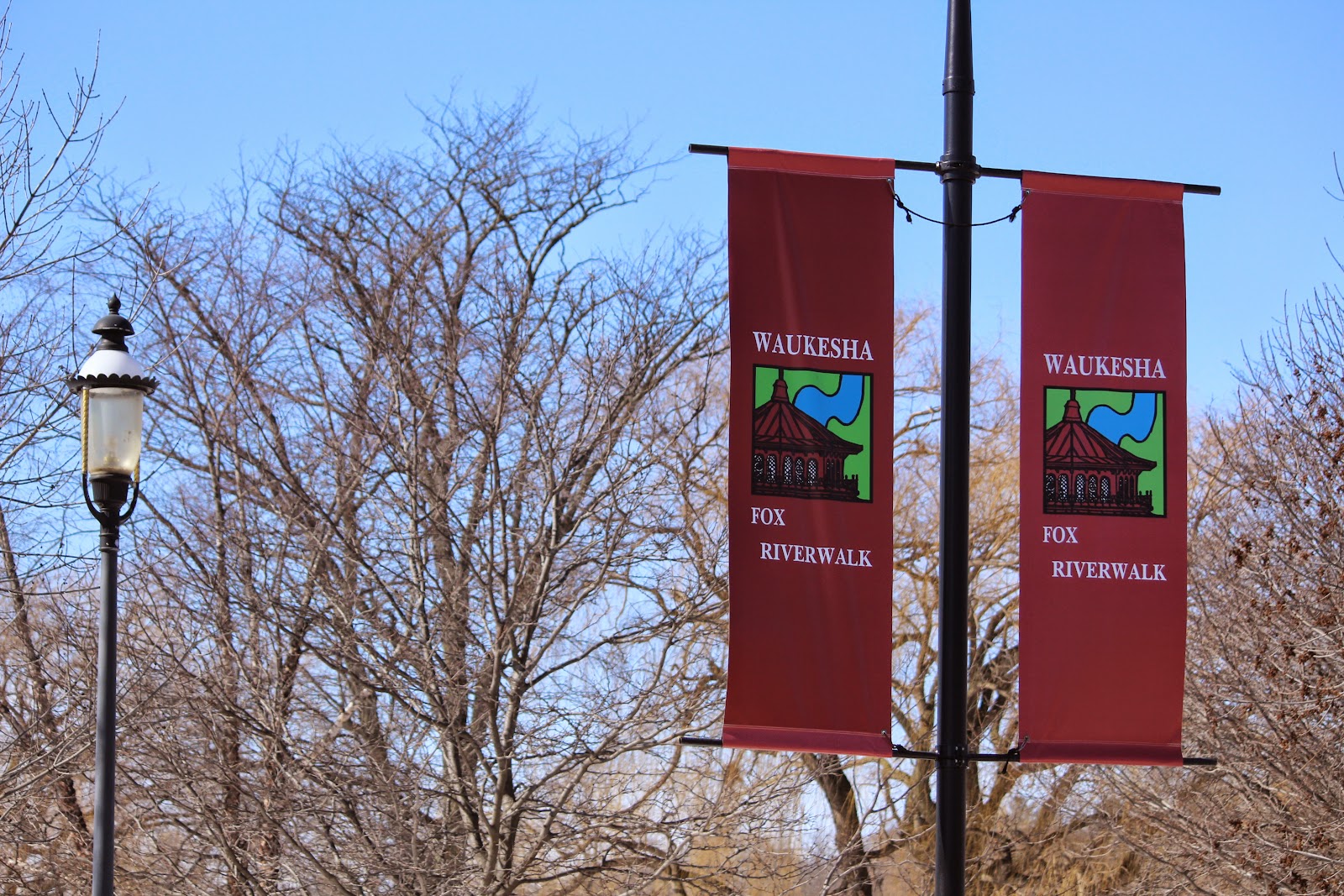 Frame Park is on the east bank of the Fox River.