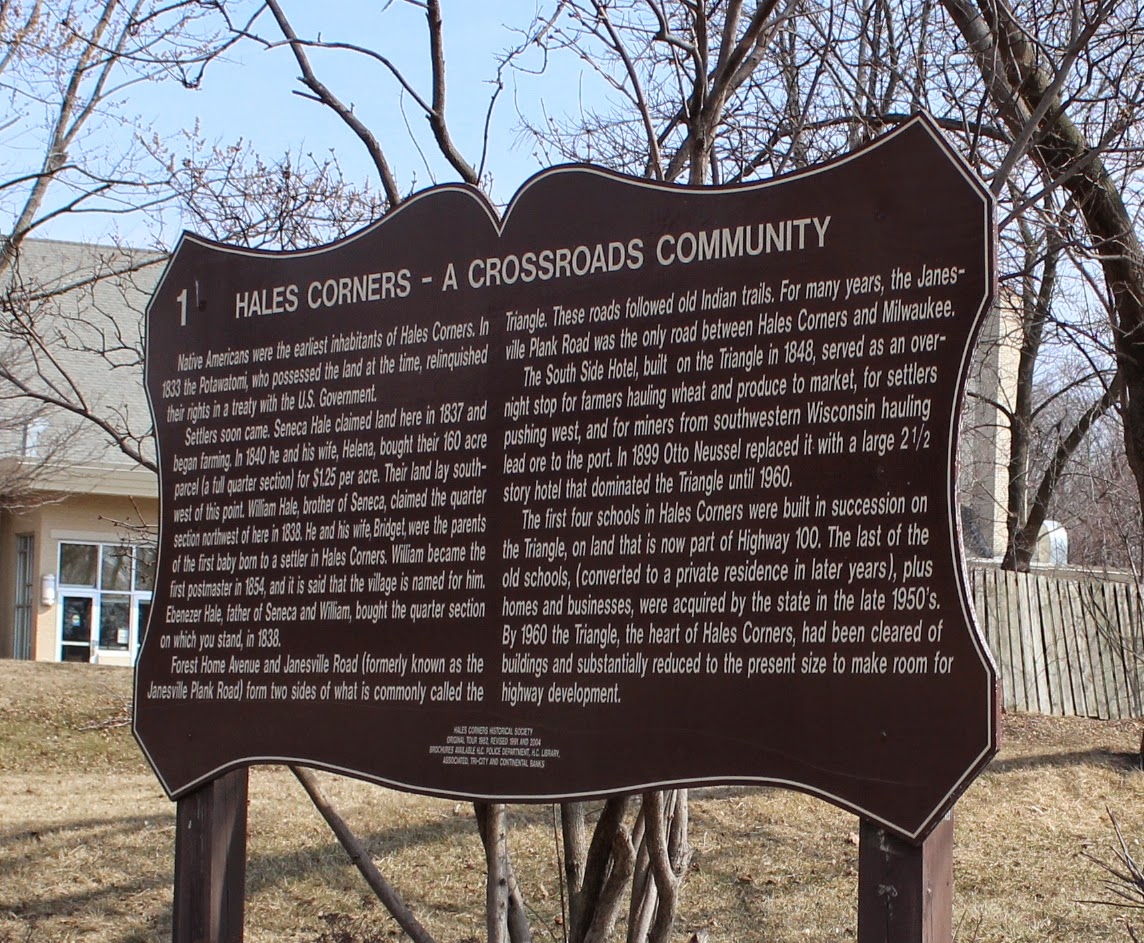 Native Americans were the earliest inhabitants of Hales Corners. In 1833 the Potawatomi, who possessed the land at the time, relinquished their rights in a treaty with the U.S. Government.

Settlers soon came. Seneca Hale claimed land here in 1837 and began farming. In 1840 he and his wife, Helena, bought their 160 acre parcel (a full quarter section) for $1.25 per acre. Their land lay southwest of this point. William Hale, brother of Seneca, claimed the quarter section northwest of here in 1838. He and his wife, Bridget, were the parents of the first baby born to a settler in Hales Corners. William became the first postmaster in 1854, and it is said that the village is named for him. Ebenezer Hale, father of Seneca and William, bought the quarter section on which you stand, 1n 1838.

The South side Hotel, built on the Triangle in 1848, served as an overnight stop for farmers hauling wheat and produce to market, for settlers pushing west, and for miners from southwestern Wisconsin hauling lead ore to the port. In 1899 Otto Neussel replaced it with a large 2 1/2 story hotel that dominated the Triangle until 1960.

The first four schools in Hales Corners were built in succession on the Triangle, on land that is now part of Highway 100. The last of the old schools, (converted to a private residence in later years), plus homes and businesses, were acquired by the state in the late 1950s. By 1960 the Triangle, the heart of Hales Corners, had been cleared of buildings and substantially reduced to the present size to make room for highway development. 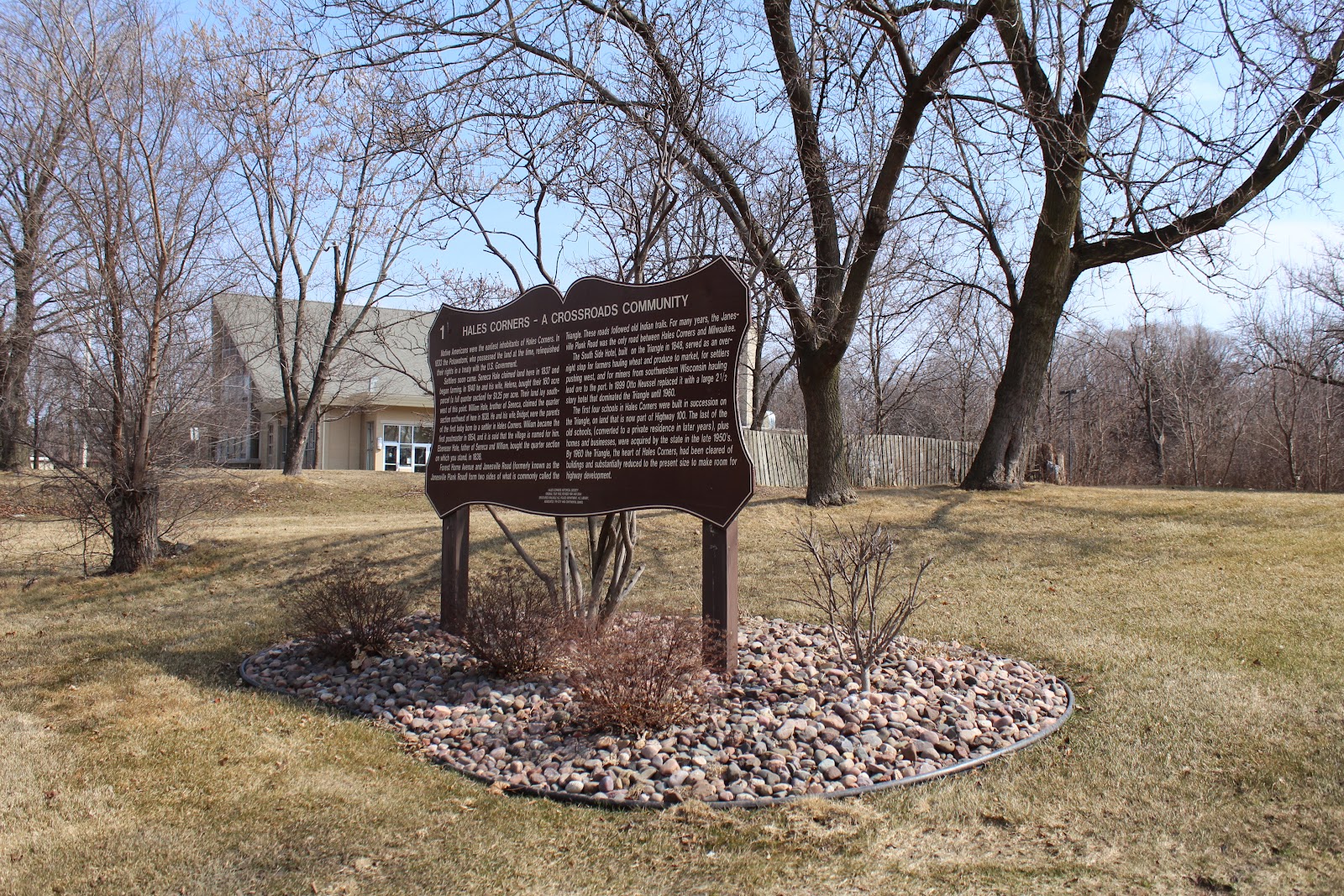 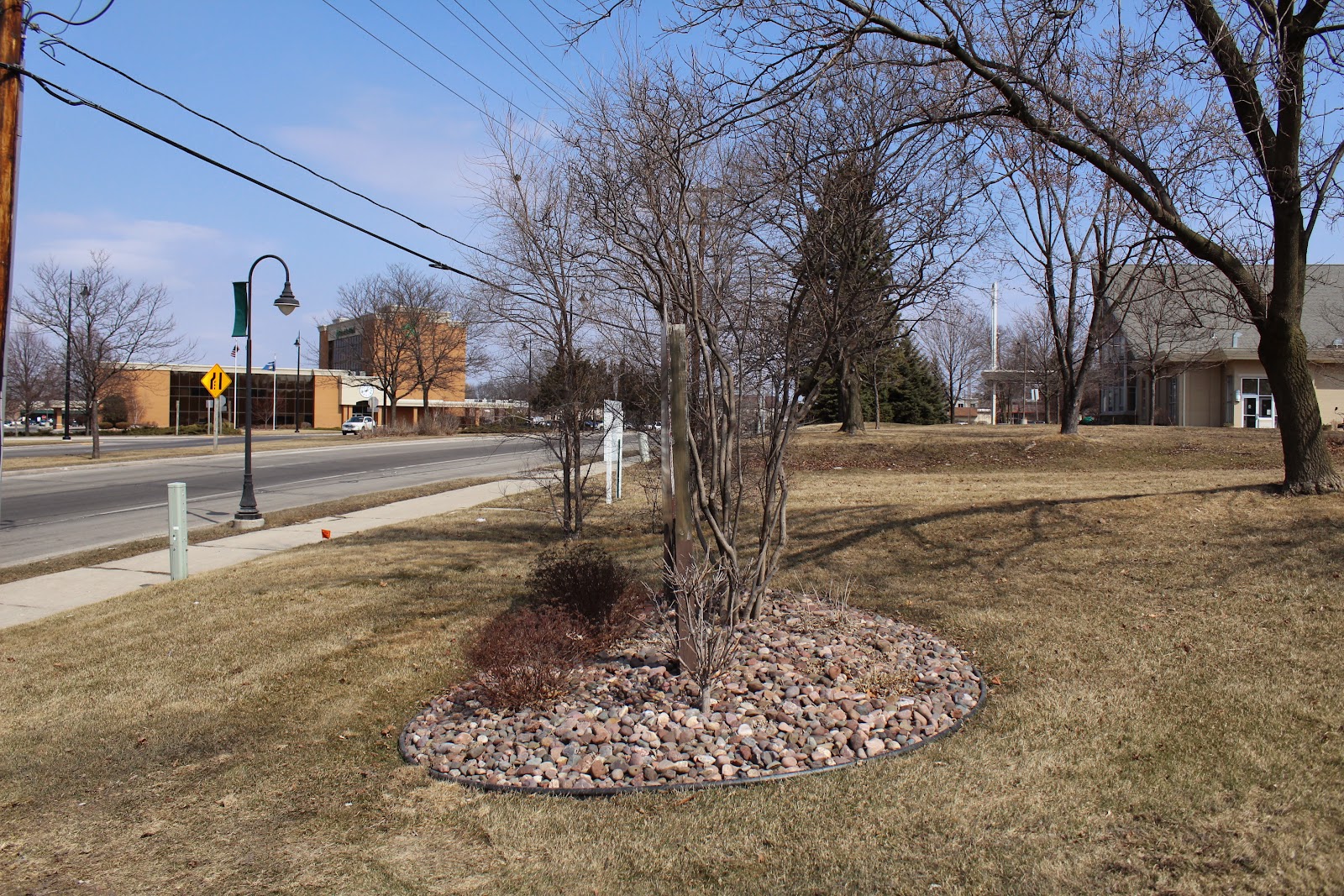 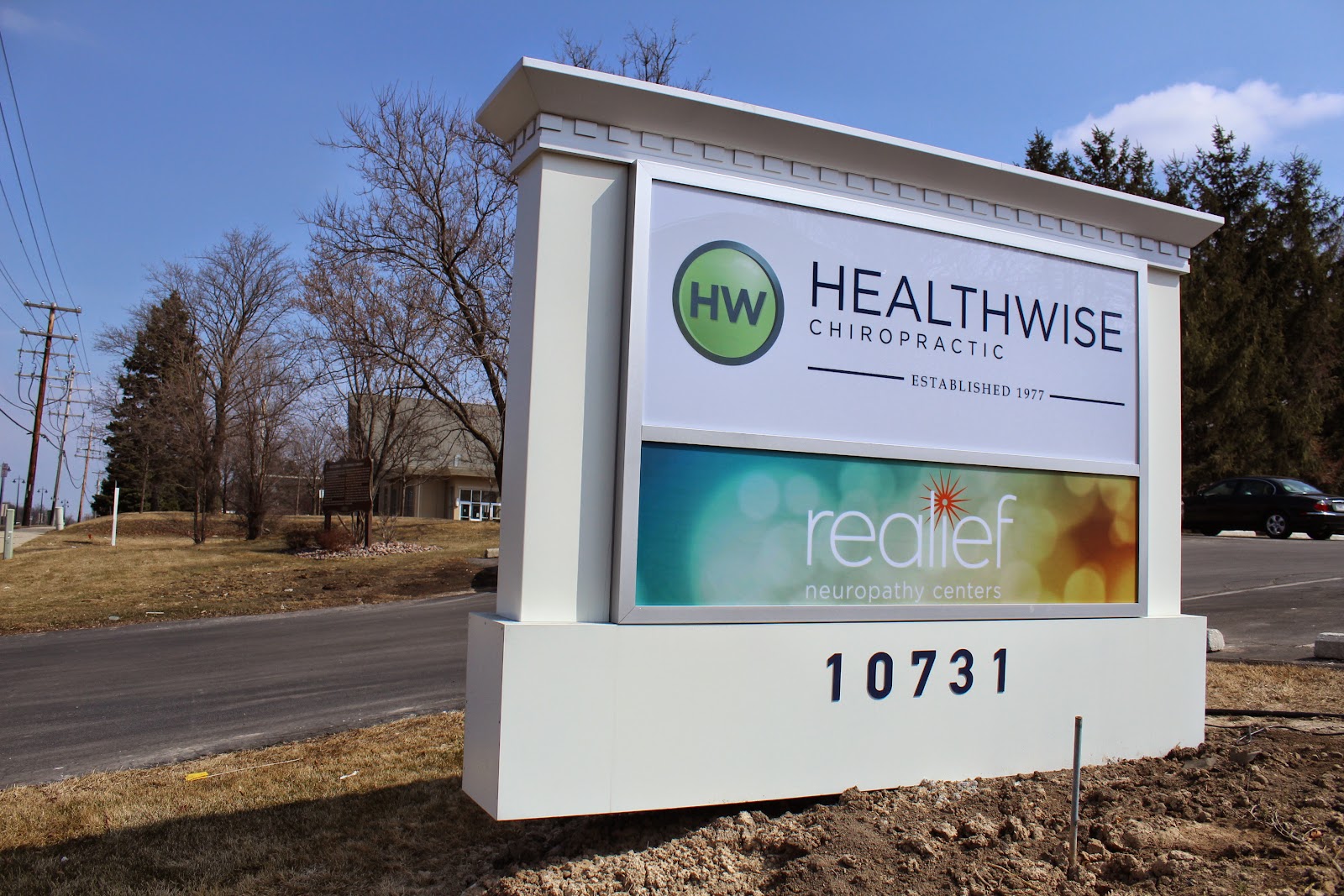 This welcome sign is located on the triangle referenced in the marker.