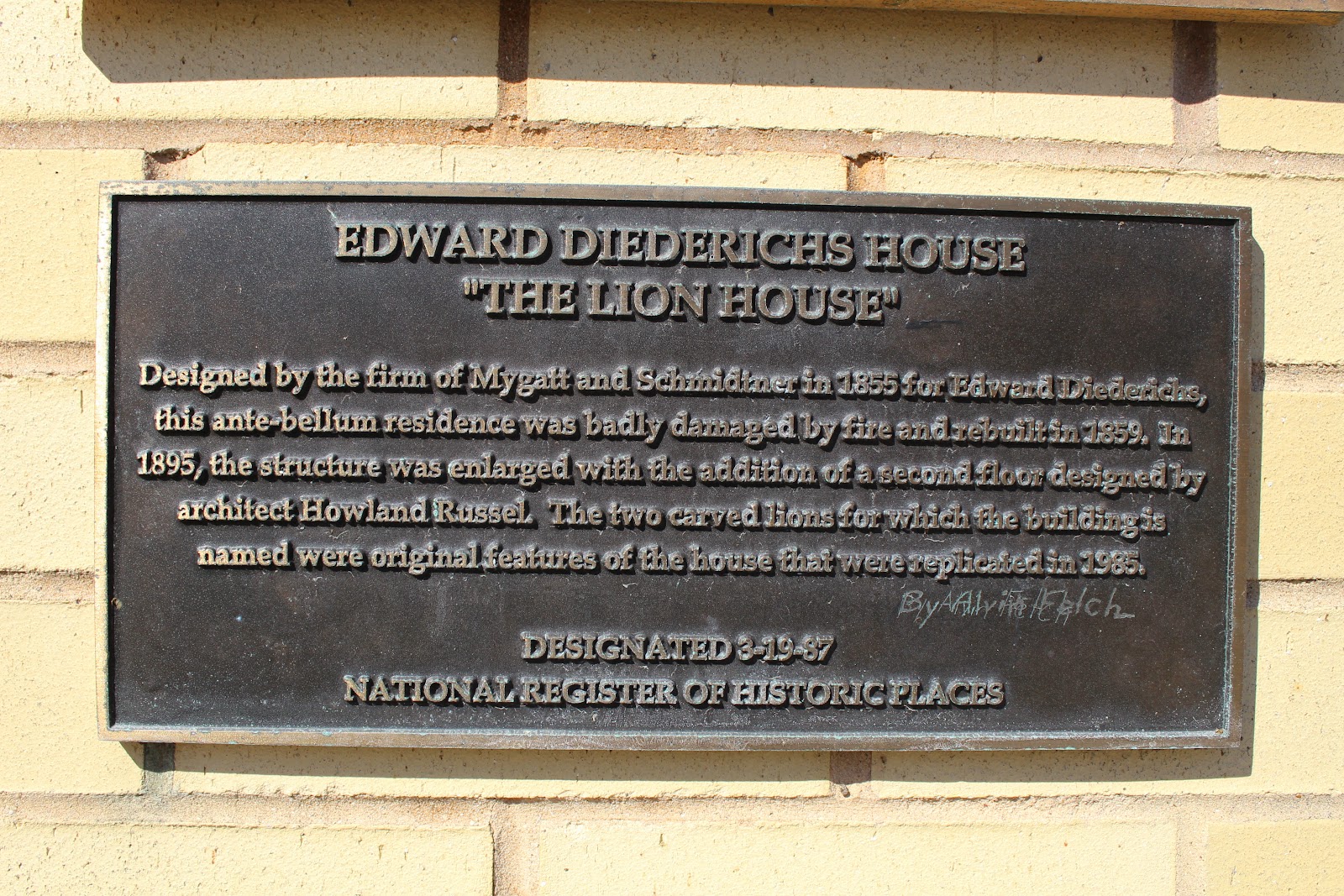 Designed by the firm of Mygatt and Schmidtner in 1855 for Edward Diederichs, this ante-bellum residence was badly damaged by fire and rebuilt in 1859. In 1895, the structure was enlarged with the addition of a second floor designed by architect Howland Russel. The two craved lions for which the building is named were original features of the house that were replicated in 1985.

The property is located on southbound North Franklin Avenue, south of its intersection with East Knapp Street, at 1241 North Franklin Place, Milwaukee, Wisconsin 53202.

The Lynde and Harry Bradley Foundation: The Lion House

Urban Milwaukee, May 3, 2015: 10 Examples of The Classical Style [starting with the Diederichs house]

Historic American Buildings Survey: Edward Diederichs House
Statement of Significance: This is the finest surviving ante-bellum house in Milwaukee and ranks among the city's outstanding Neo-Classical buildings. . . .  On both exterior and interior, the house has been meticulously maintained. 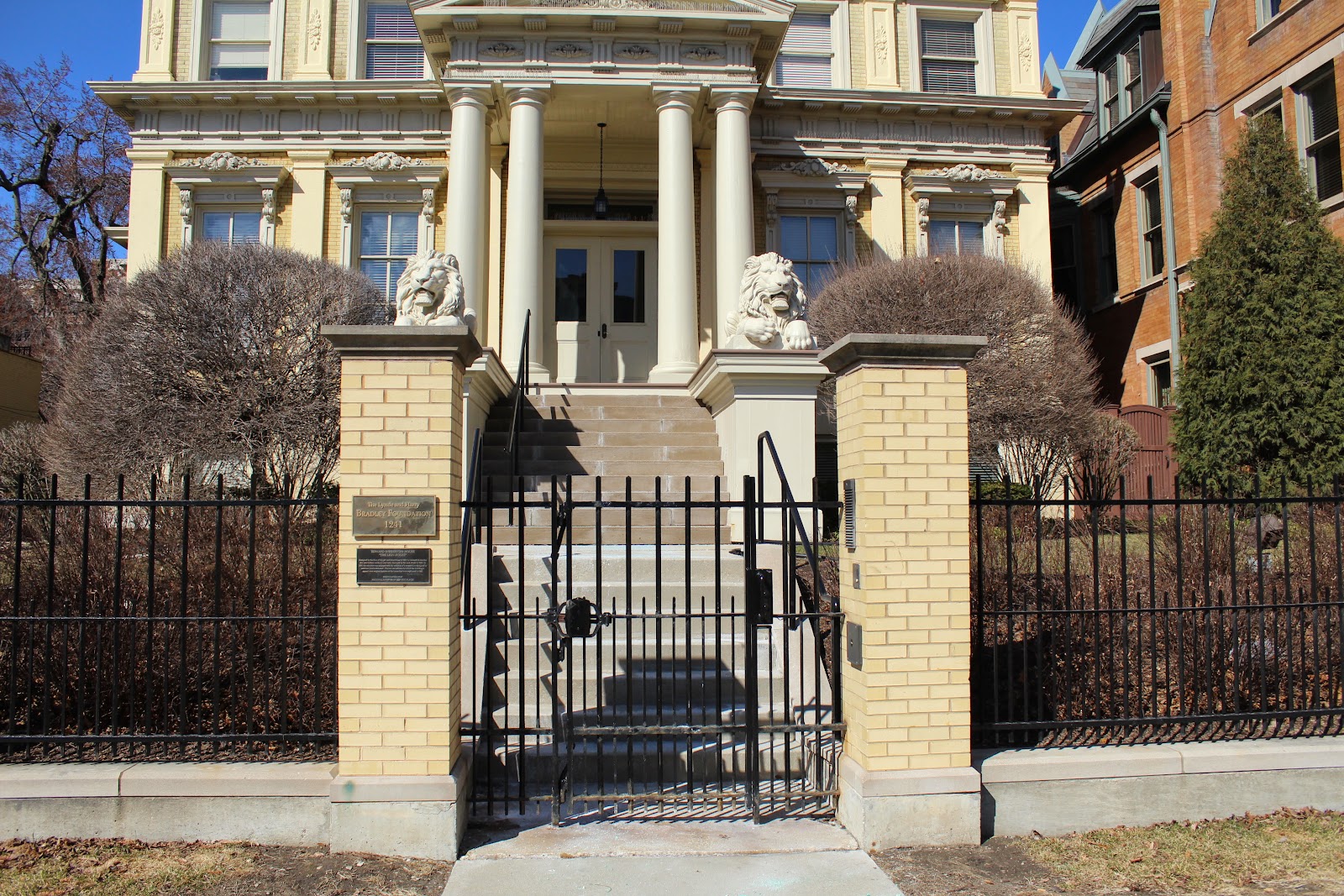 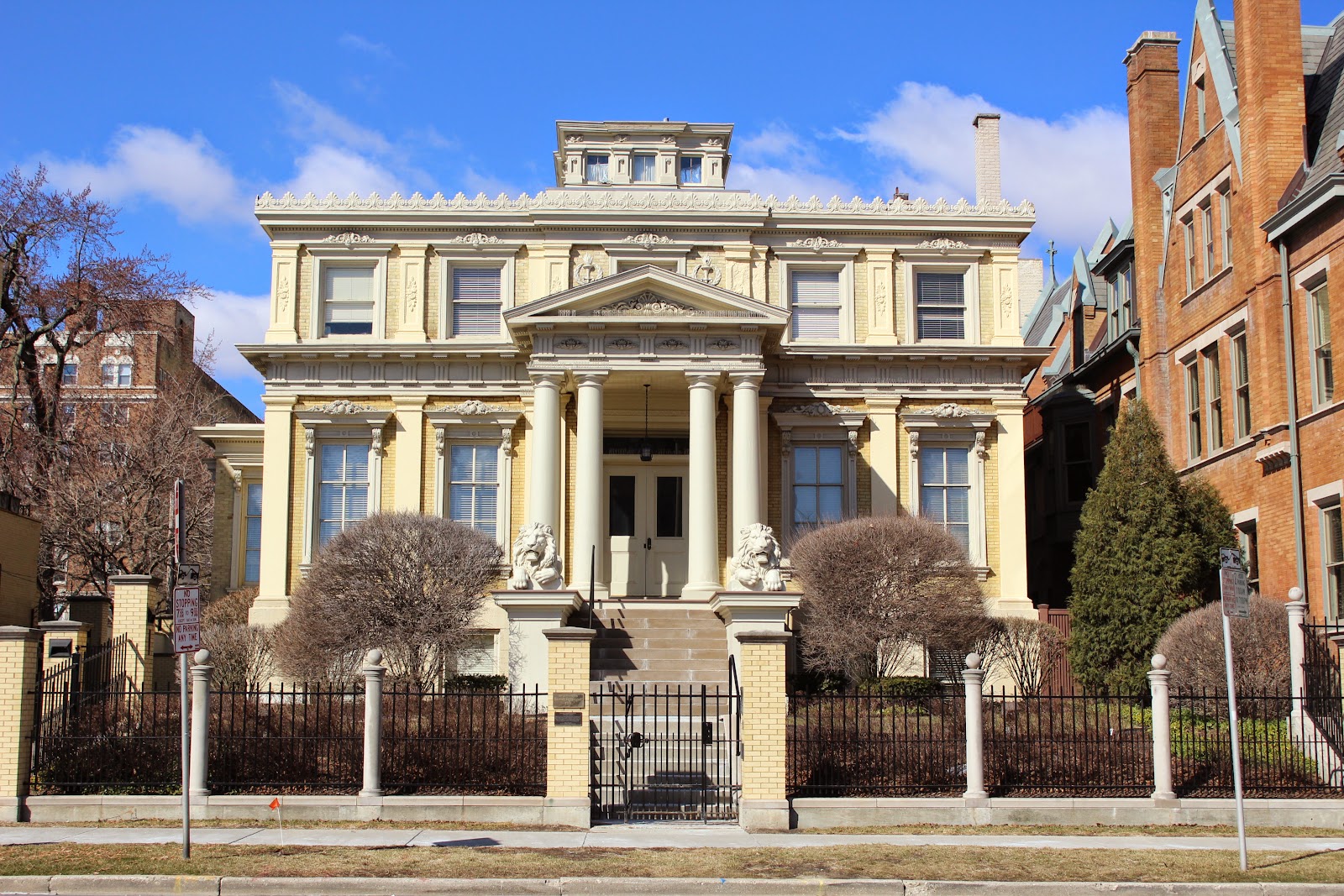 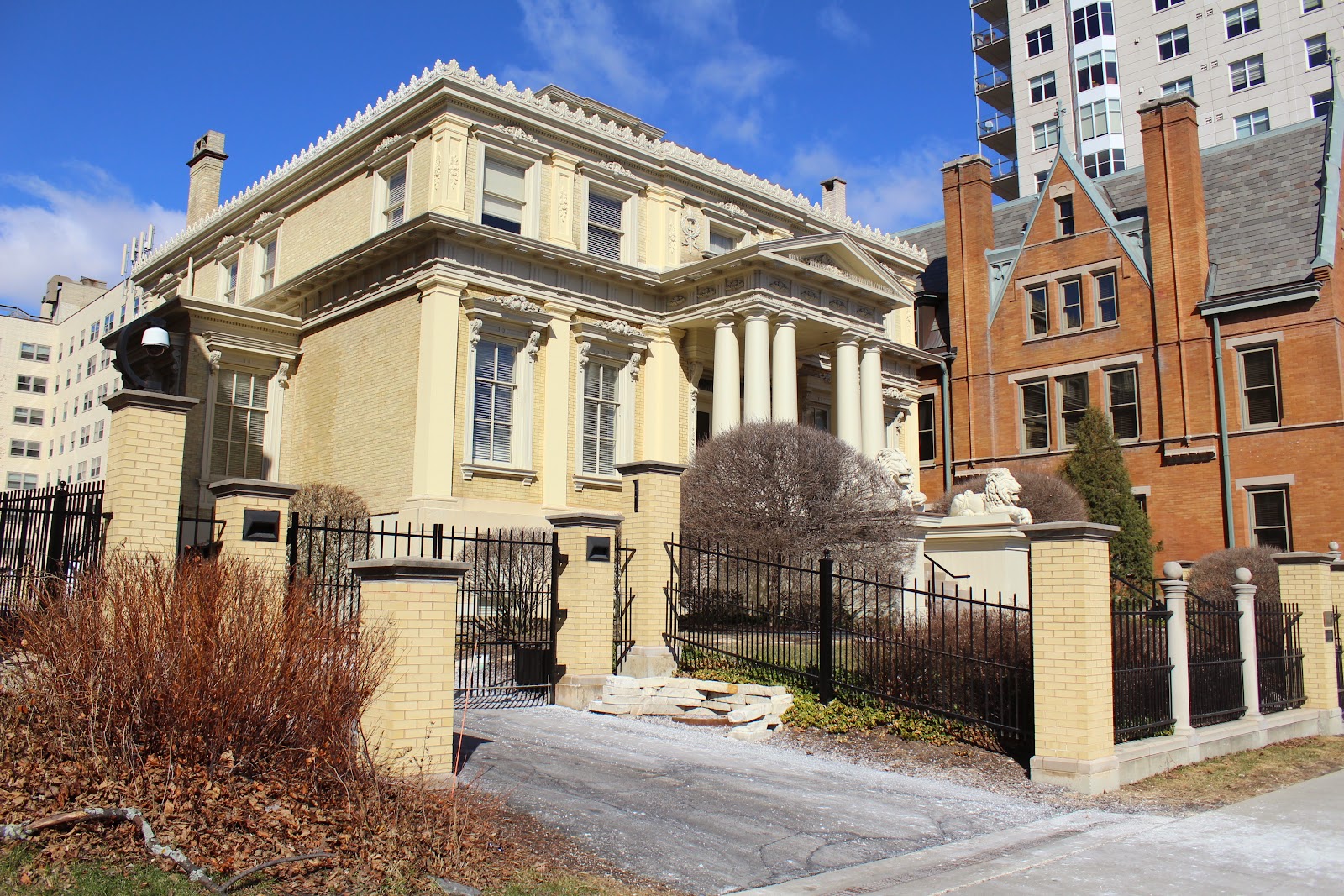 The property is now home to The Lynde and Harry Bradley Foundation.