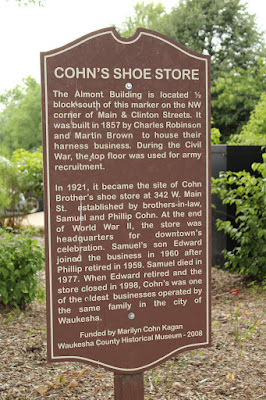 The Almont Building is located 1/2 block south of this marker on the NW corner of Main & Clinton Streets. It was built in 1857 by Charles Robinson and Martin Brown to house their harness business. During the Civil War, the top floor was used for army recruitment.

In 1921, it became the site of Cohn Brother's shoe store at 342 W. Main St. established by brothers-in-law, Samuel and Phillip Cohn. At the end of World War II, the store was headquarters for downtown's celebration. Samuel's son Edward joined the business in 1960 after Phillip retired in 1959. Samuel died in 1977. When Edward retired and the store closed in 1998, Cohn's was one of the oldest businesses operated by the same family in the city of Waukesha.

The marker is located at a small grassy island along the Fox River Trail and adjacent to southeast-bound West Broadway Street, at its three-way intersection with Bank Street and Riverfront Plaza, Waukesha, Wisconsin 53186.

gmtoday (August 7, 2008): A foot - complete with shoe - in door of Waukesha’s past / Historical marker recognizes one of the city’s iconic shops

This marker is No. 34-02 in a series of historical markers erected by the Waukesha County Historical Society. 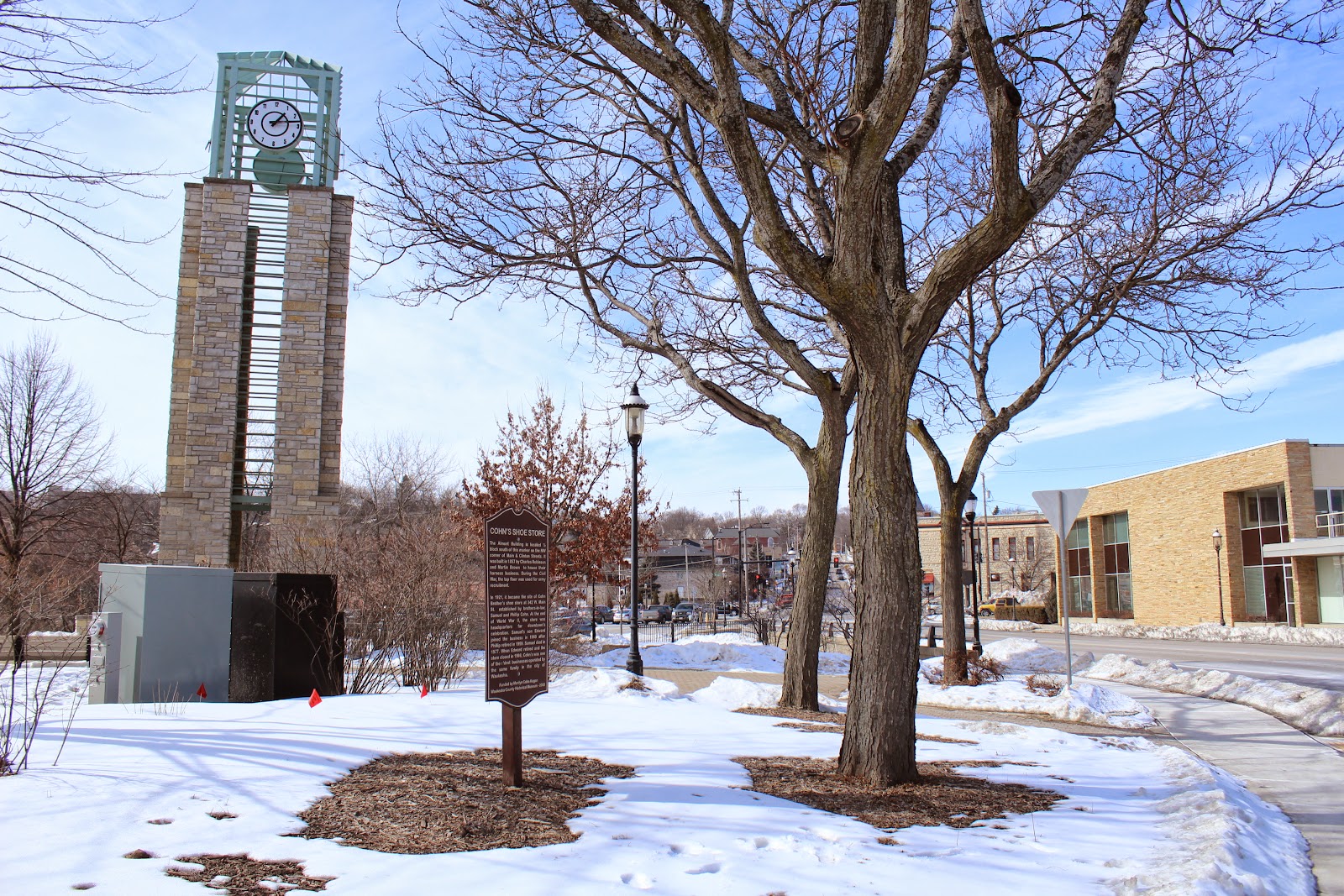 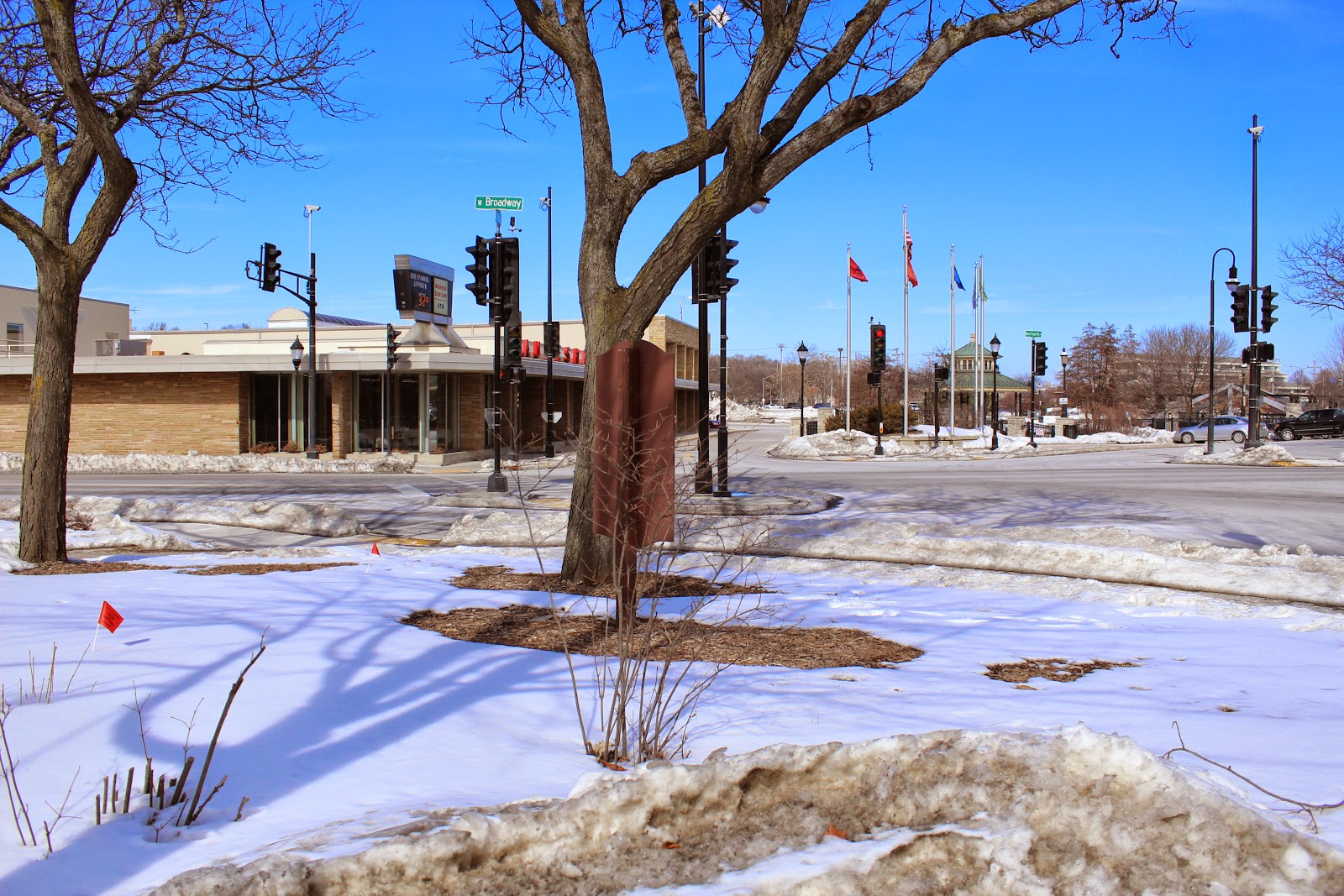 Looking out on Bank Street (to the right) and Riverfront Plaza (to the left). 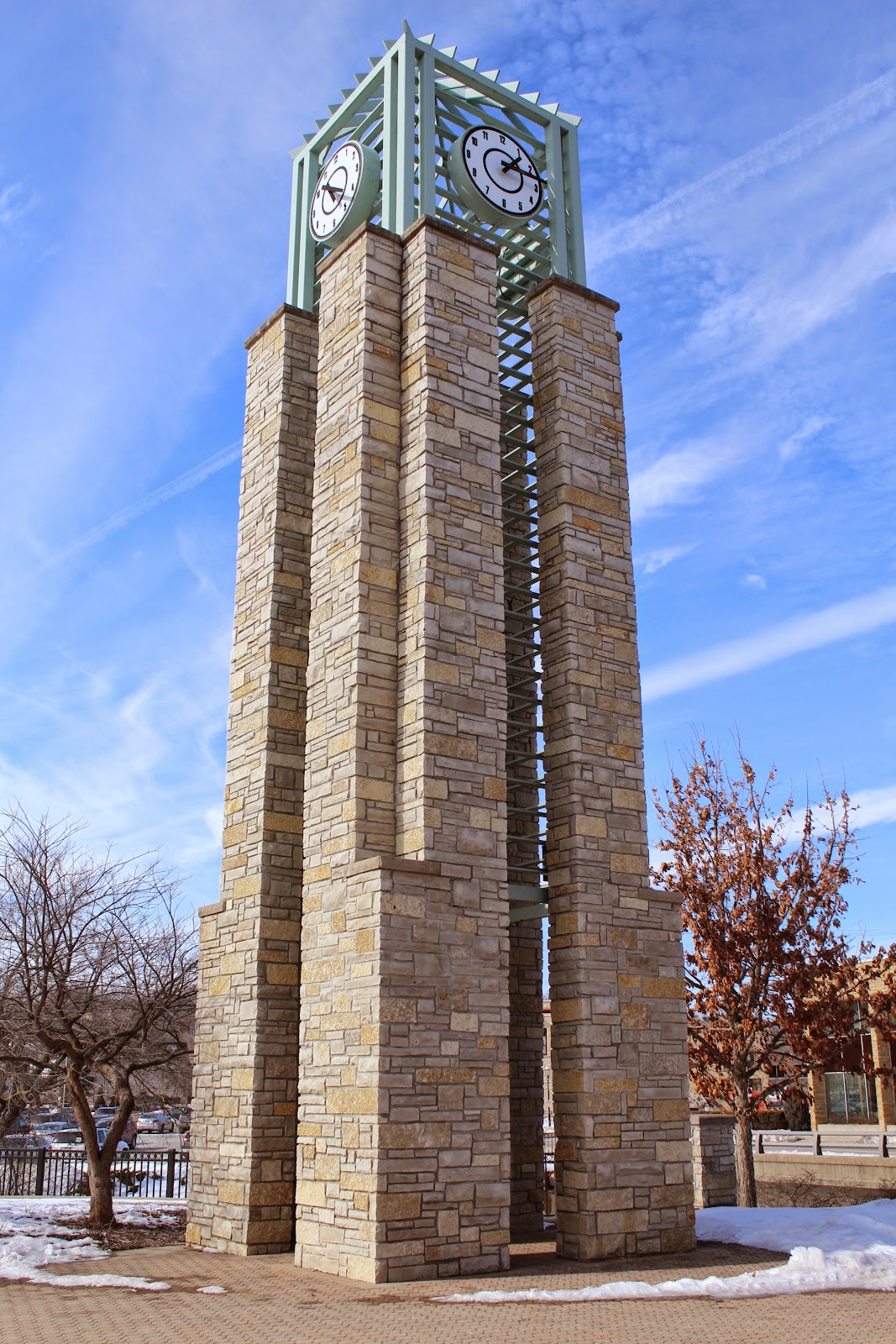 The clock tower next to the marker . . . 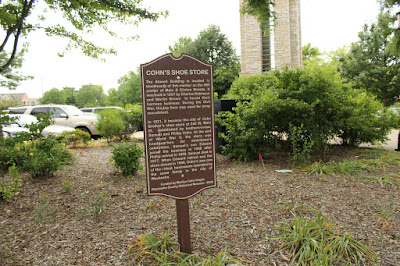 The marker is adjacent to a small parking lot.