Albert and Henry Atkins founded the Badger State Shoe Factory in Milwaukee in 1893. They expanded production to Madison in 1900 and in 1910 constructed this building to consolidate manufacturing operations. Significant for its association with turn of the century industrial expansion in Madison, this was the only large shoe factory in the city. The work of Madison architect Ferdinand Kronenberg, its progessive design included an exterior with understated classical elements and a modern interior having an open plan, which was ventilated and lit by 225 double hung windows.

From East Johnson Street a broad, level plain stretches across the isthmus to the Third Lake ridge that borders Lake Monona. Originally, this plain was the "Great Central Marsh," a barrier to development as long as it remained unfilled. Once filling began in the 1890s, however, much of the new land was developed for Madison's first modern industrial concerns.

One of the finest remaining examples of this industrial past is the six-story brick building constructed for the Bader State Shoe company, organized in Milwaukee in 1893 by Albert and Henry Atkins. In 19000 the company opened a new factory on Madison's south side, at 1335 Gilson Street. It remained there until 1910 when company operations in Milwaukee and in Madison were consolidated under one roof at the new factory on Blount Street. Designed by noted Madison architect Ferdinand Kronenberg, this new factory was considered a model of its kind. It is also an excellent example of the simple dignity that such utilitarian buildings could achieve. At its peak the factory employed 250 people who made over 2000 pairs of shoes a day. Production continued until 1930 after which the building was used as a warehouse until its recent conversion into residential use.

The marker is No. 89 in a series of markers erected by the Madison Landmarks Commission. 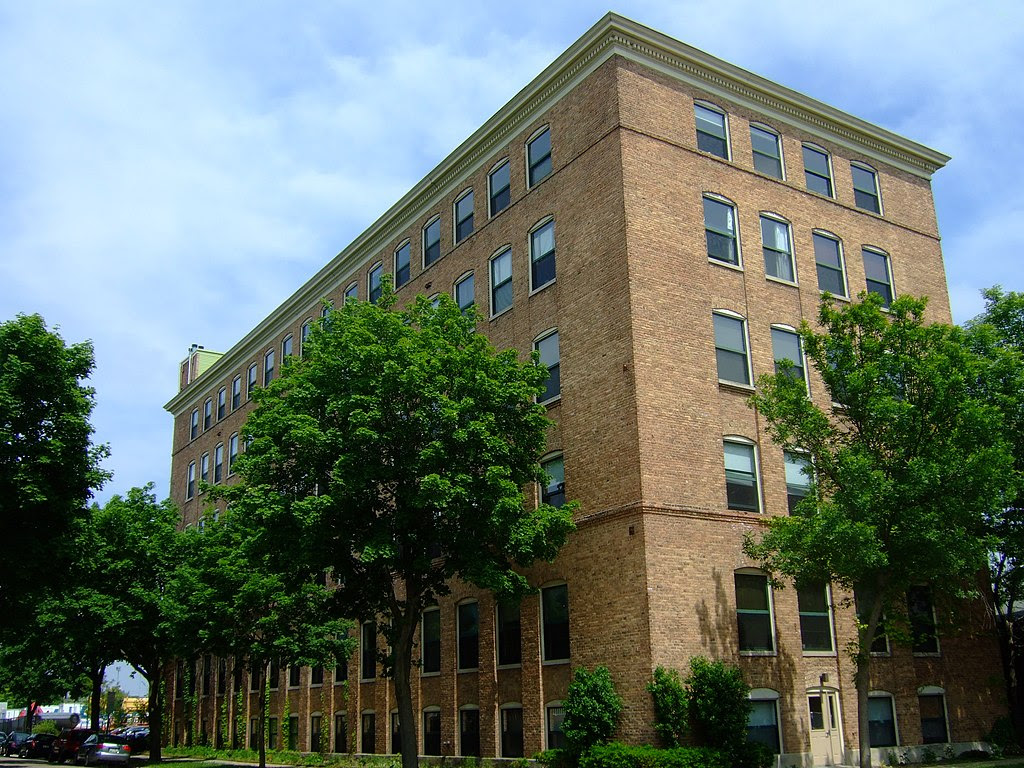