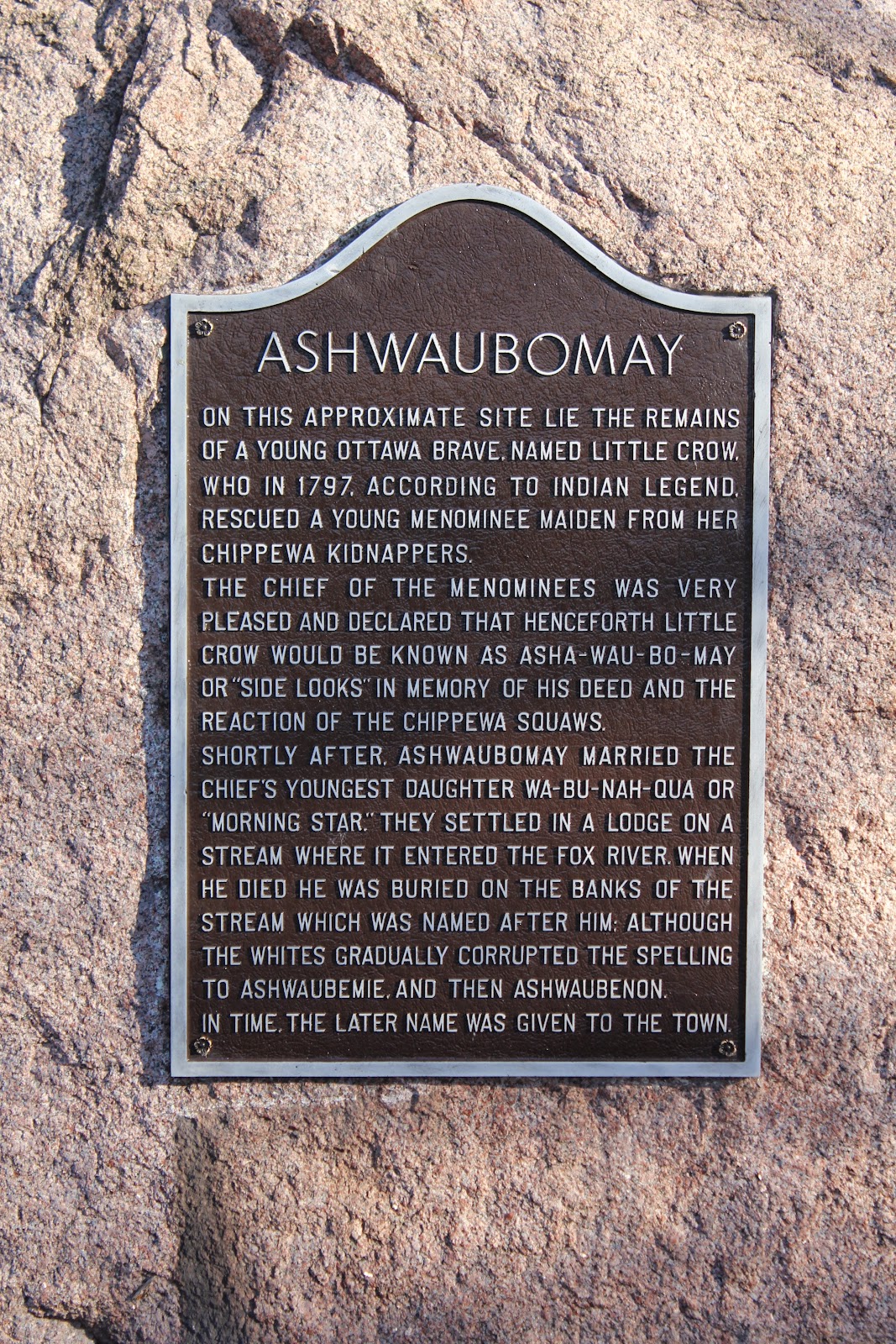 On this approximate site lie the remains of a young Ottawa brave named Little Crow who in 1797, according to Indian legend, rescued a young Menominee maiden from her Chippewa kidnappers.

The chief of the Menomiees was very pleased and declared that henceforth Little Crow would be known as Asha-wau-bo-may or "side looks" in memory of his deed and the reaction of the Chippewa squaws.

Shortly after, Ashwaubomay married the chief's youngest daughter Wa-bu-nah-qua or "morning star". They settled in a lodge on a stream where it entered the Fox River. When he died he was buried on the banks of the stream which was named after him. Although the whites gradually corrupted the spelling to Ashwaubeme and then Ashwaubenon, in time the later name was given to the town.

The marker is located along the western bank of the Fox River, inside Ashwaubomay Memorial River Park, Ashwaubenon, Wisconsin 54304.

NOTE: Access the marker from the parking lot to the south of Ashwaubomay Lake. Follow the footpath to the marker location (see photos below). 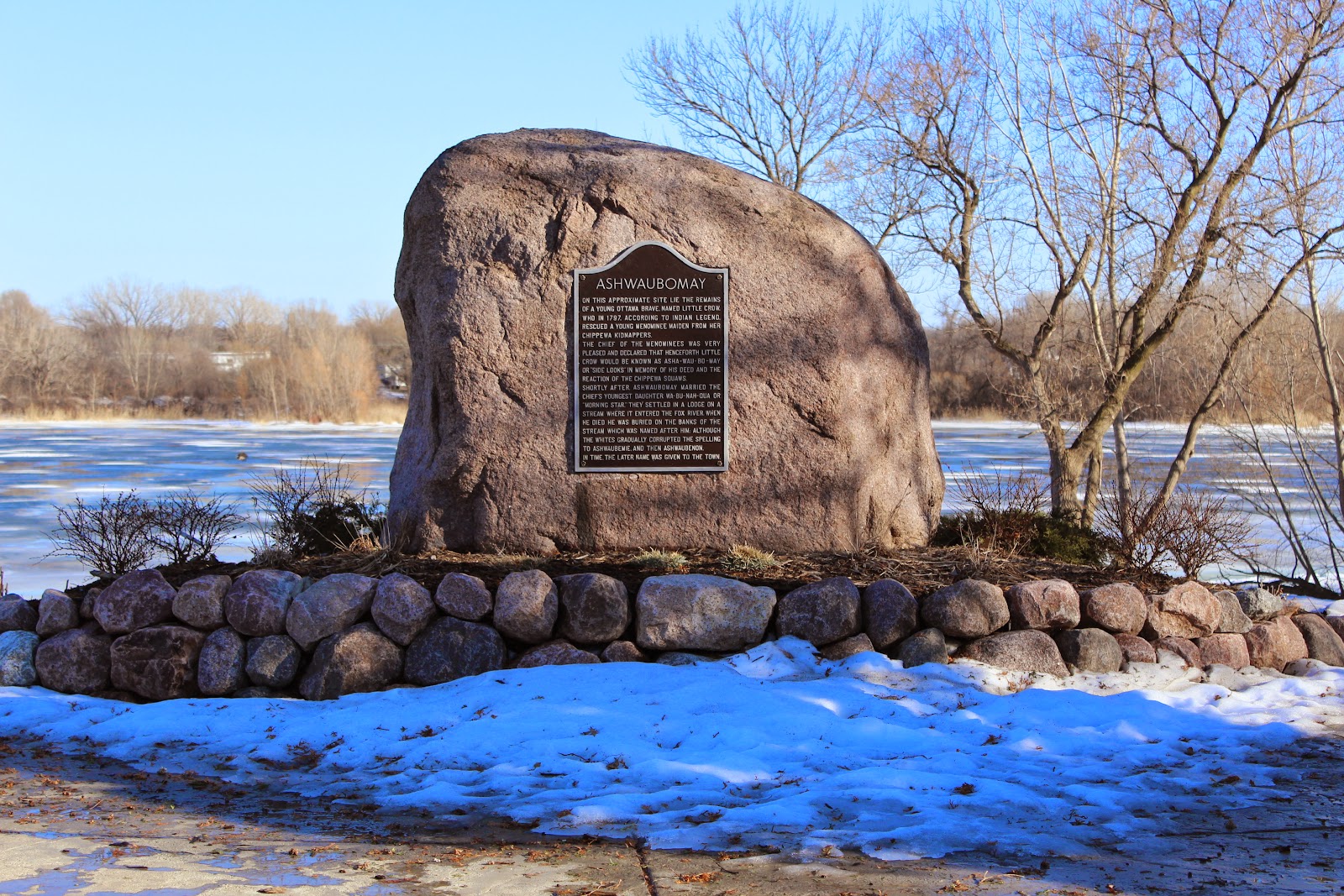 Looking east, with the Fox River in the background. 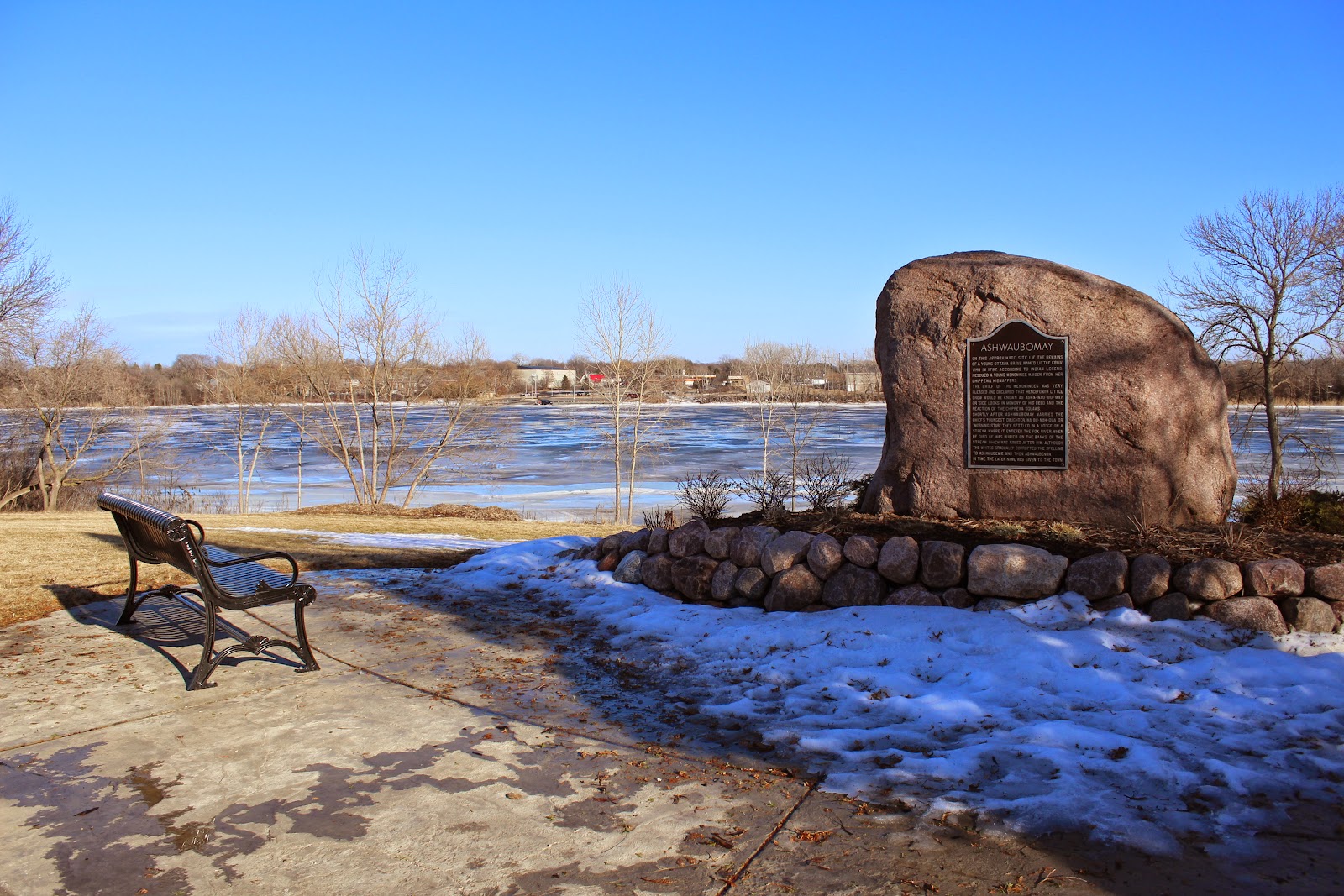 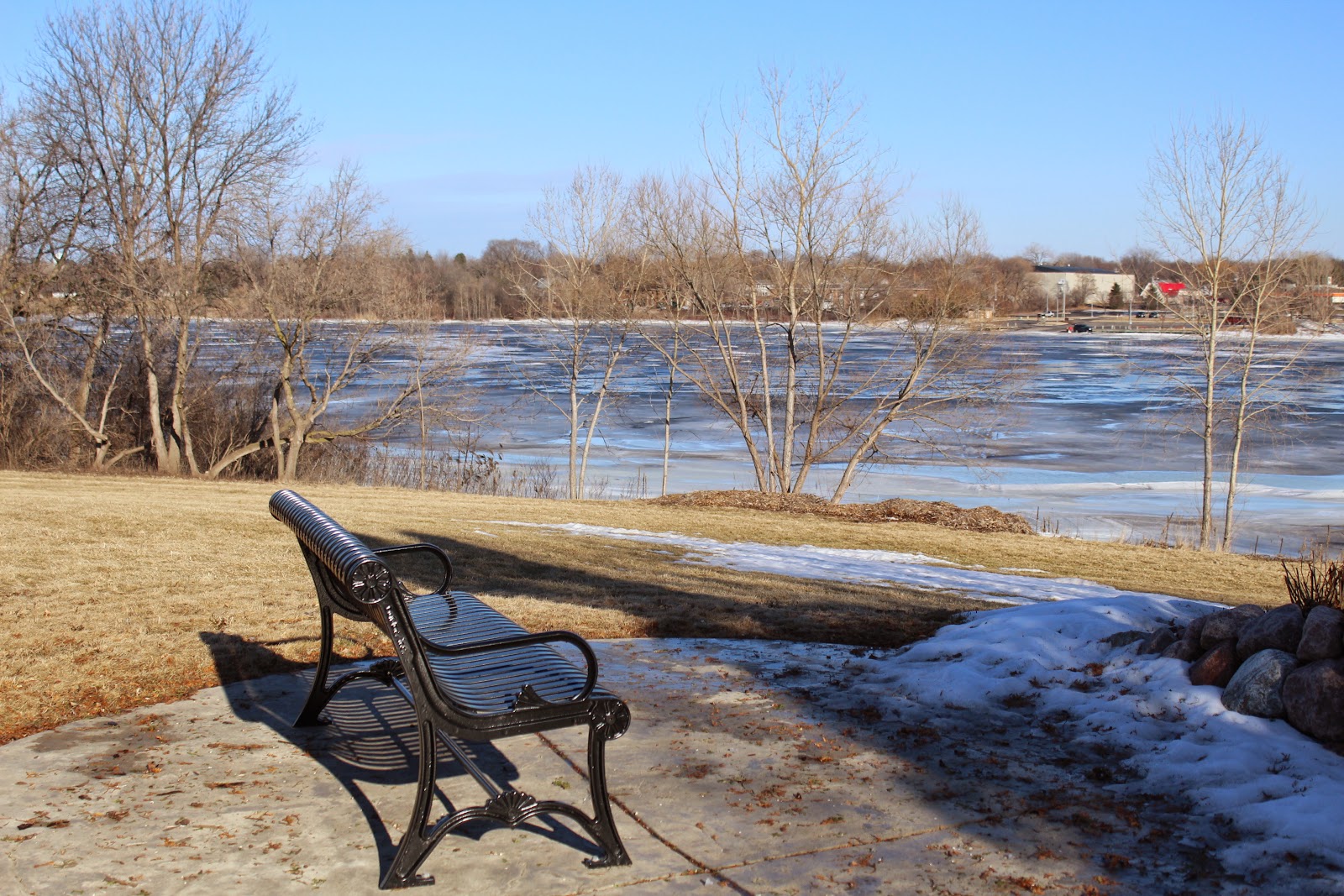 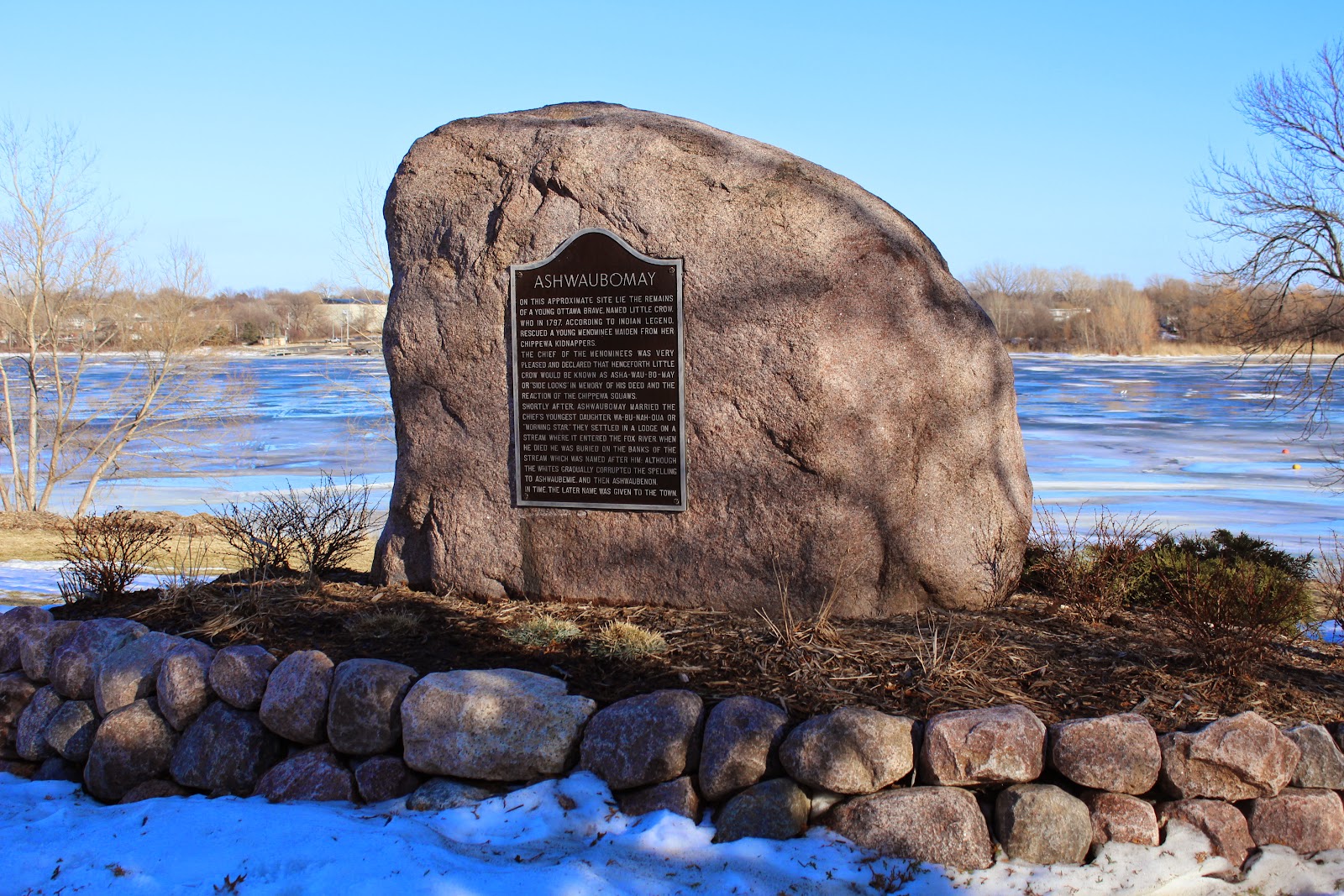 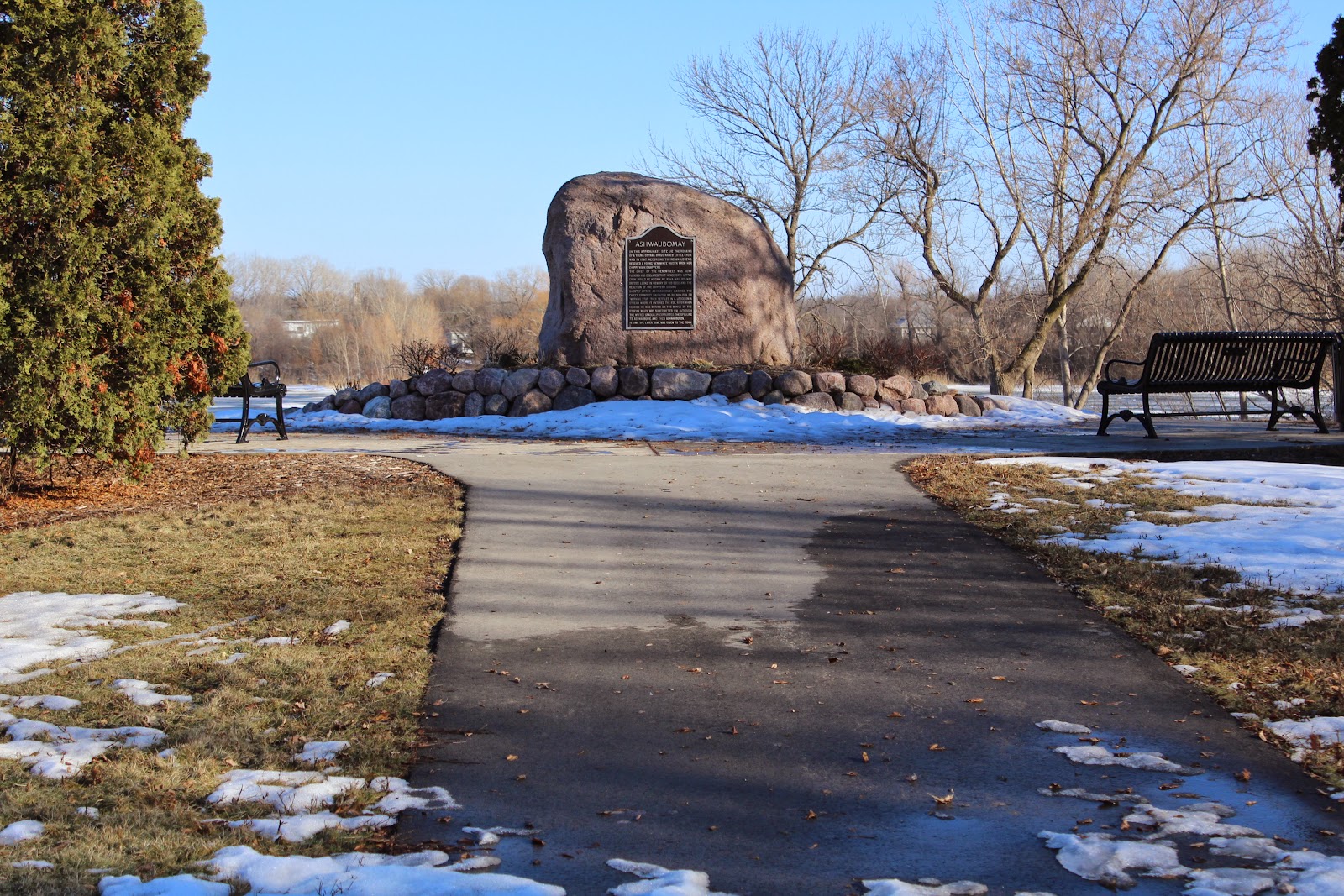 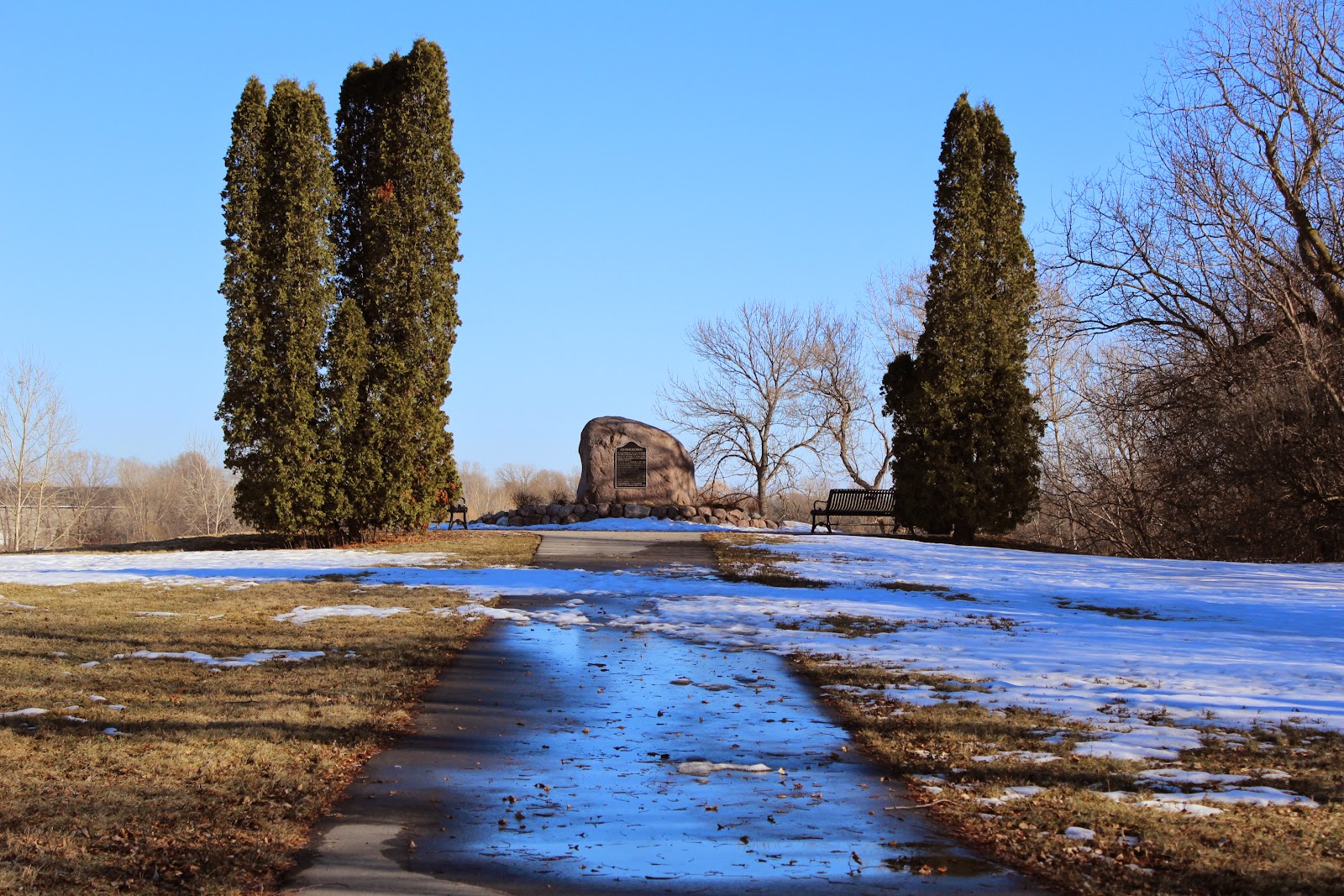 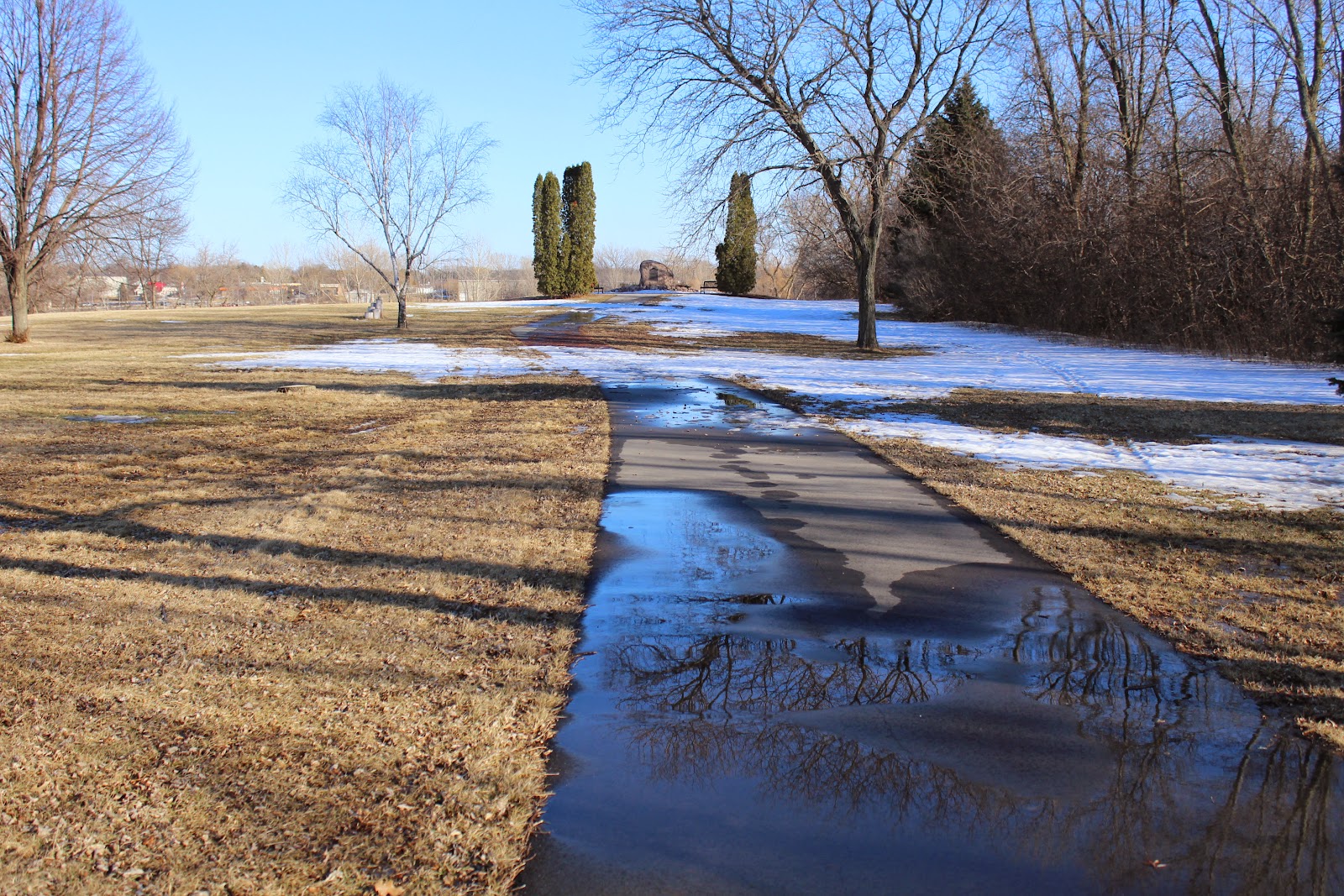 The marker is at the end of the footpath. 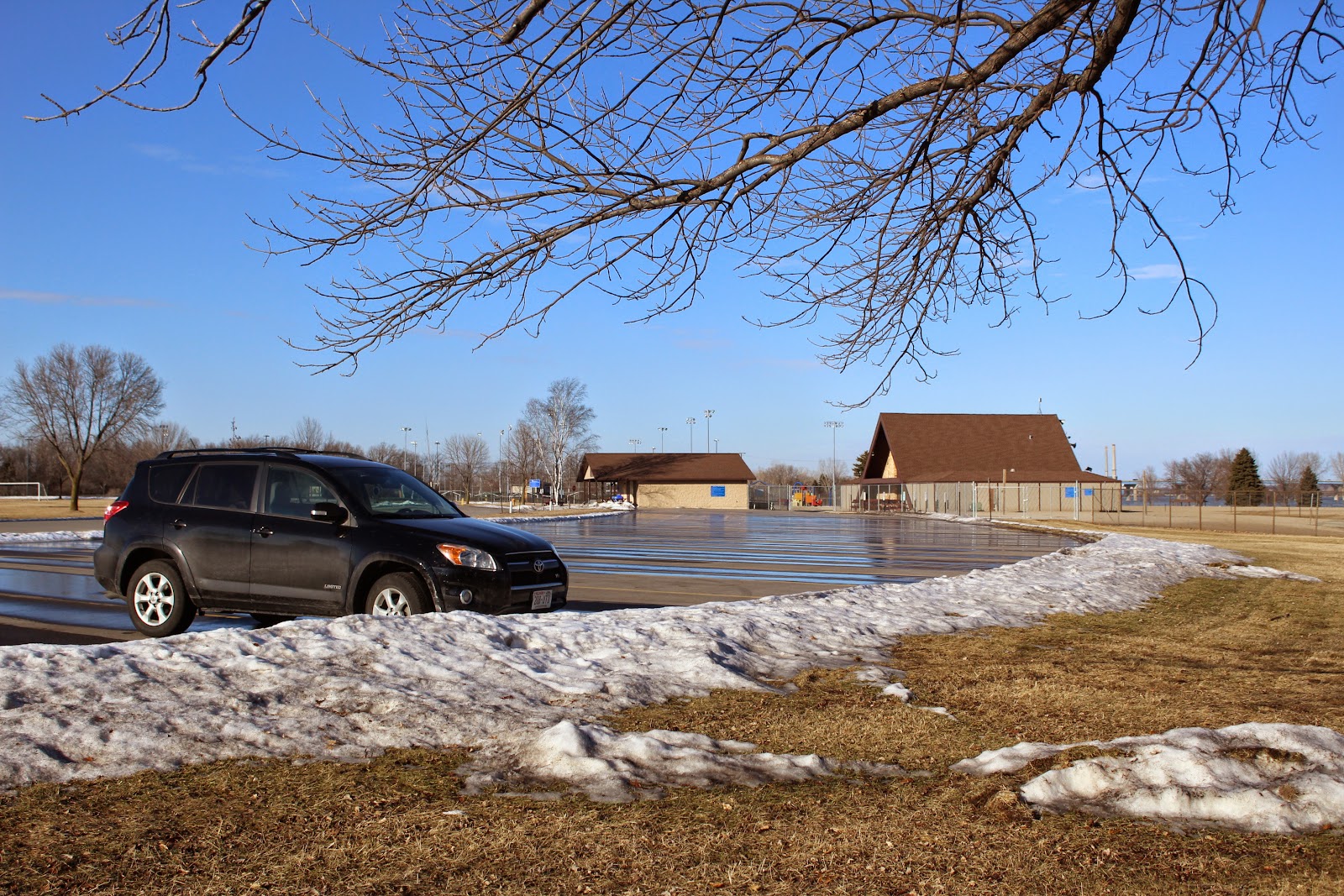 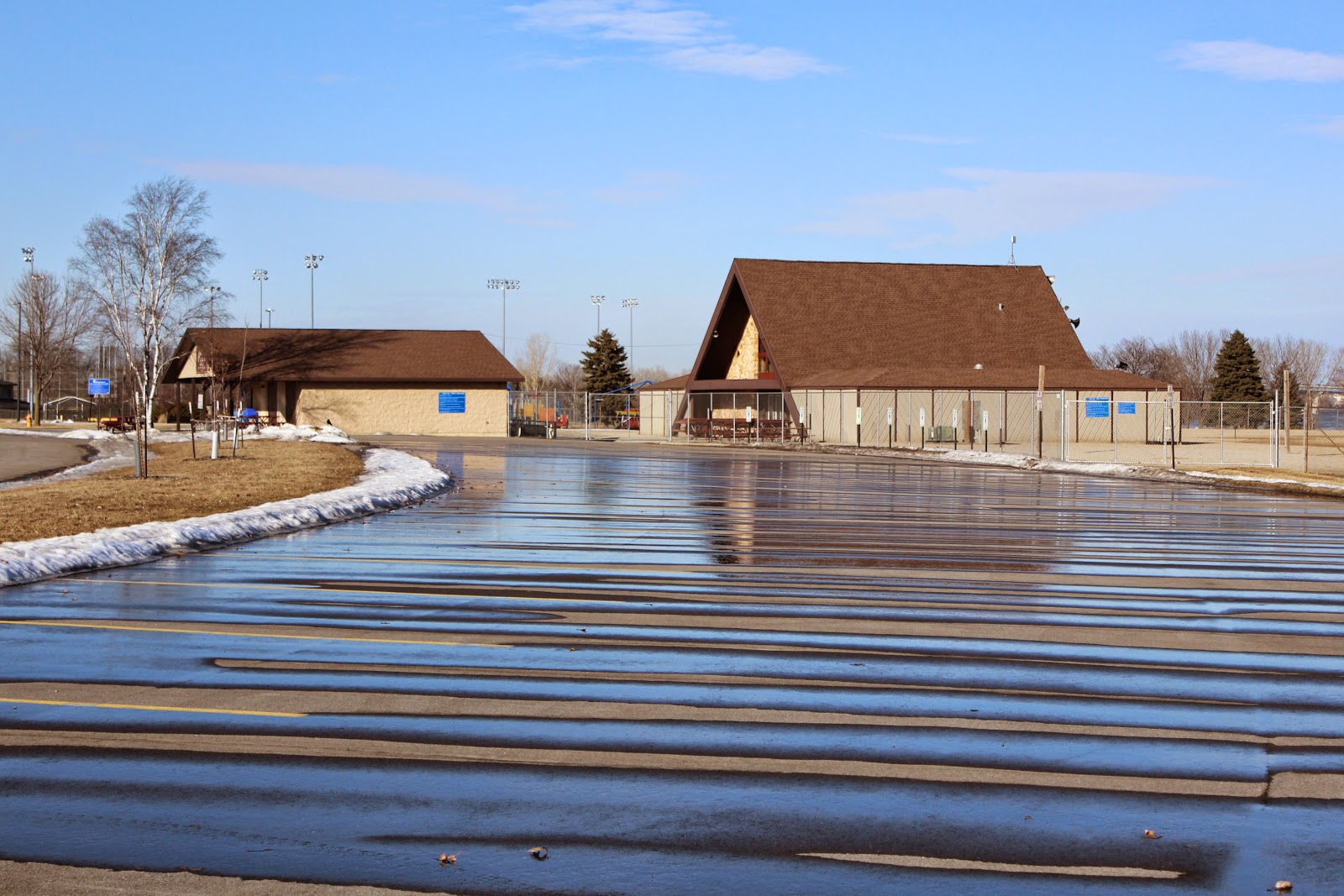 The effects of rapidly melting snow on the parking lot asphalt. 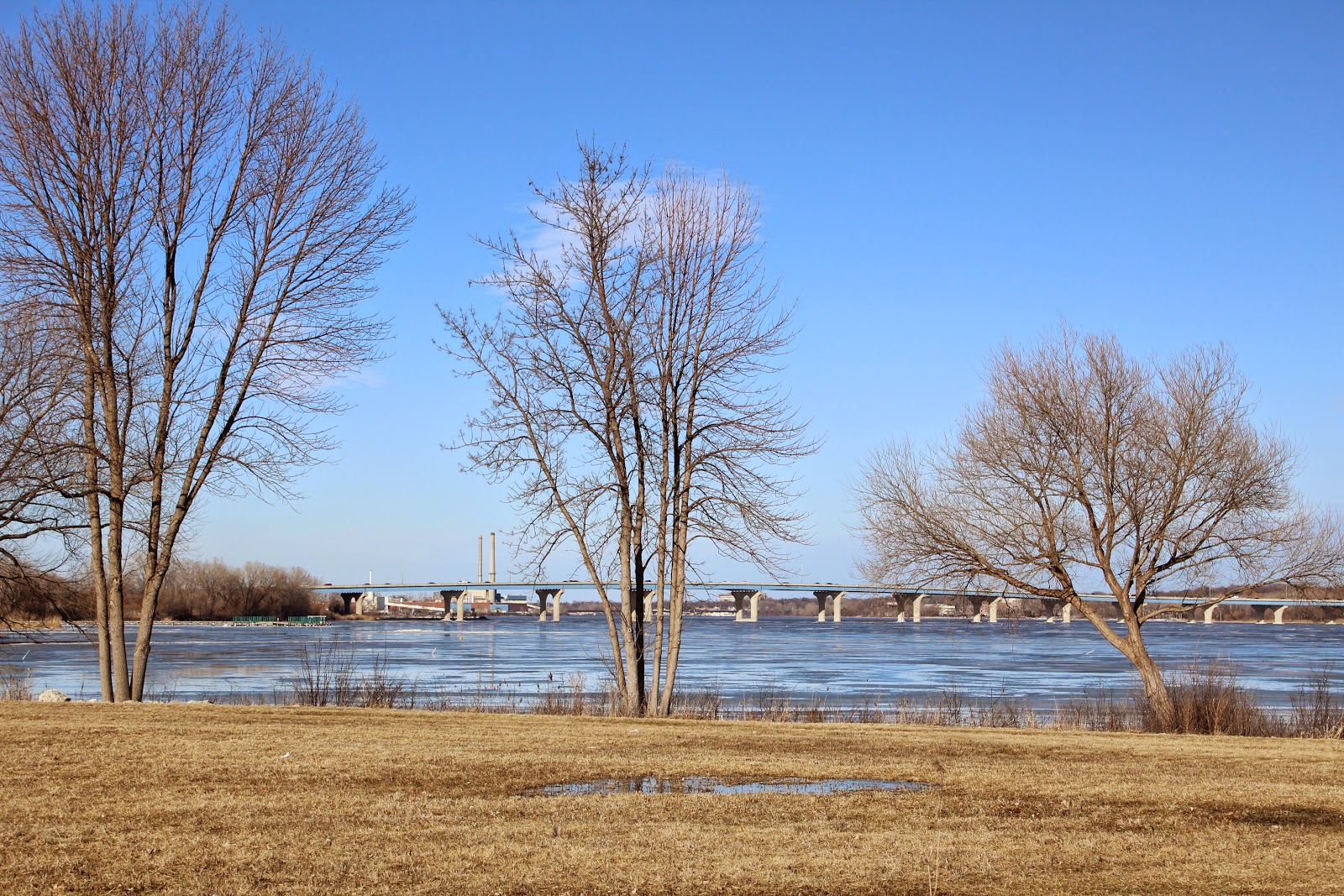 Looking north up the Fox River at the Wisconsin Highway 172 bridge. 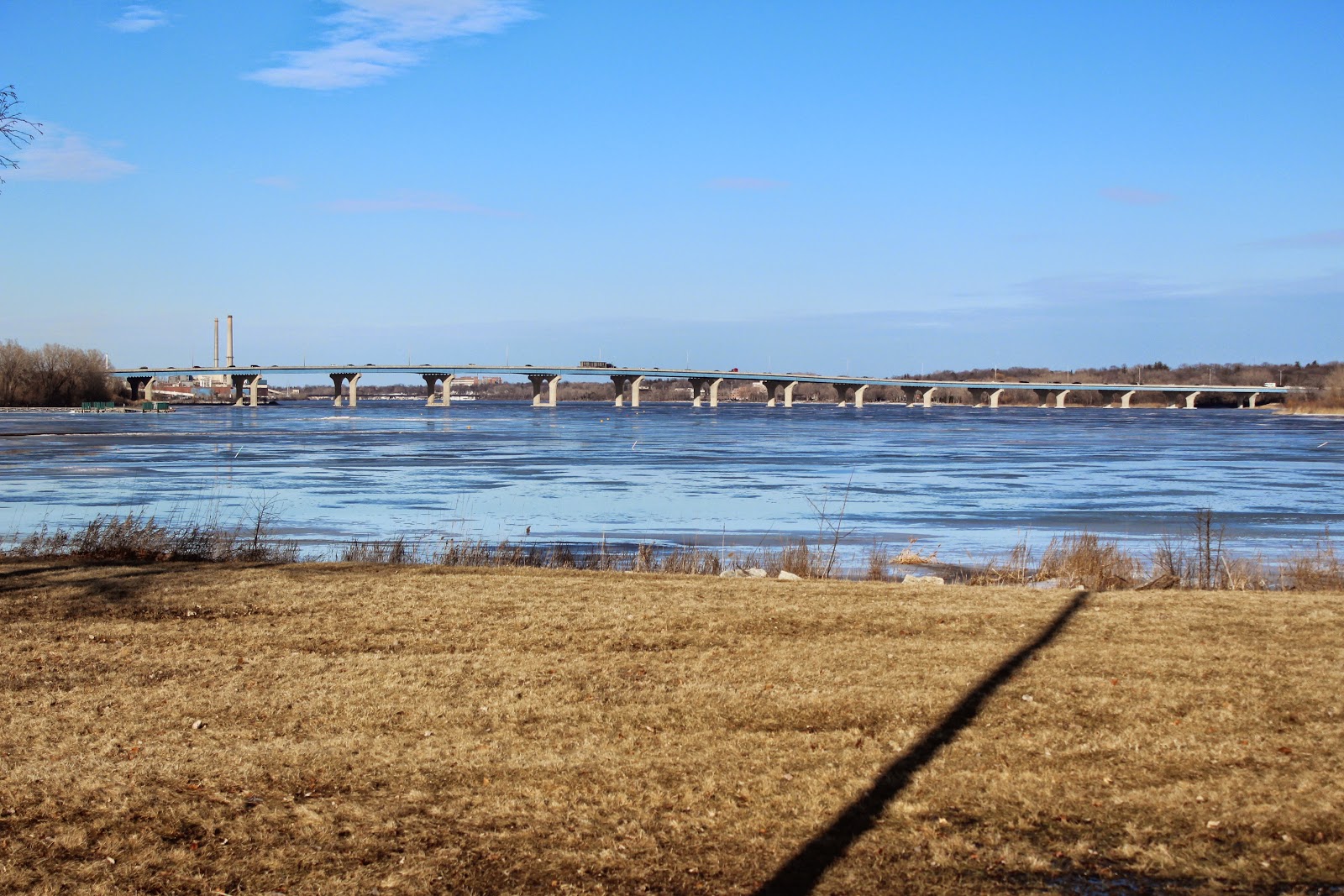 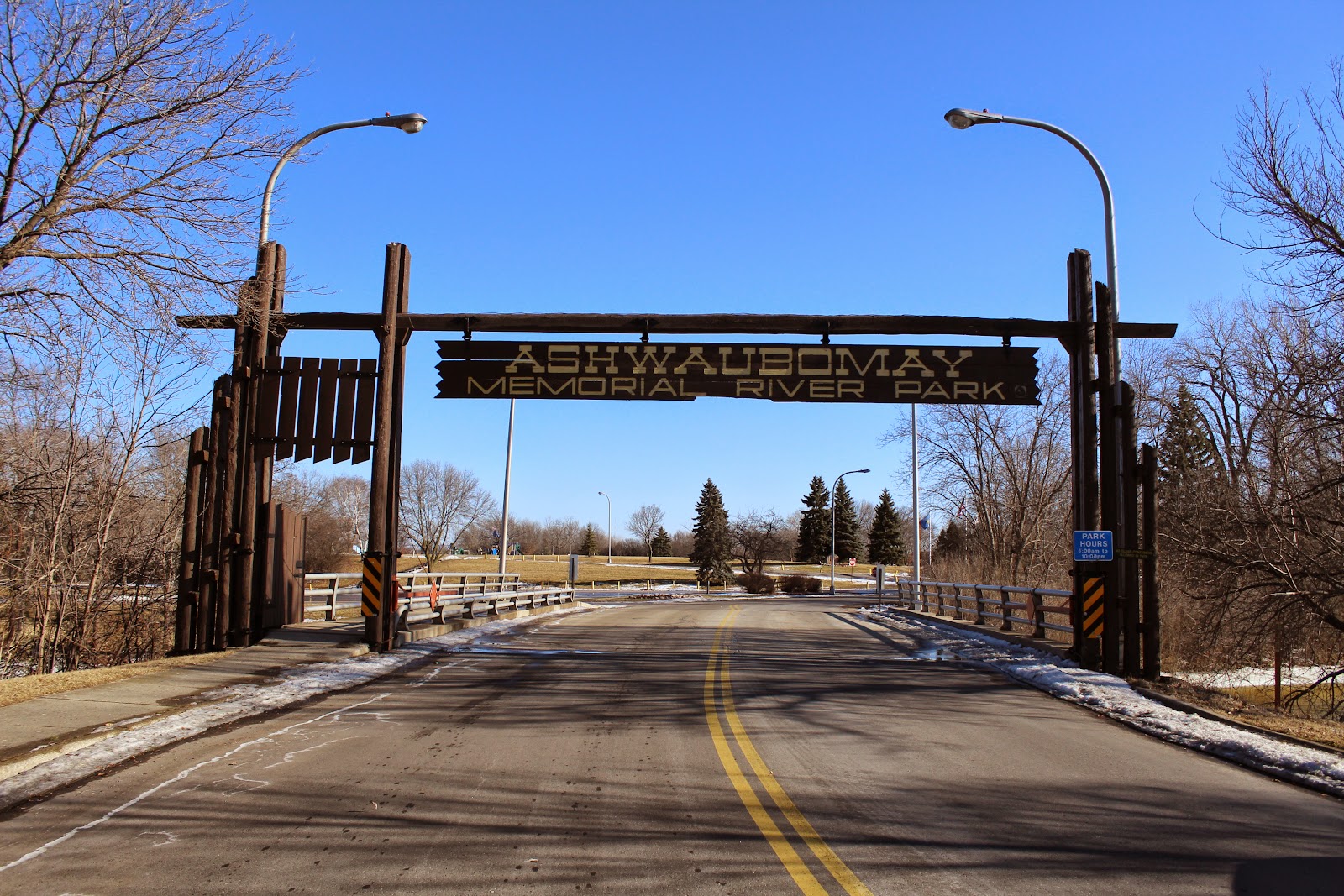 The entrance to Ashwaubomay Park. 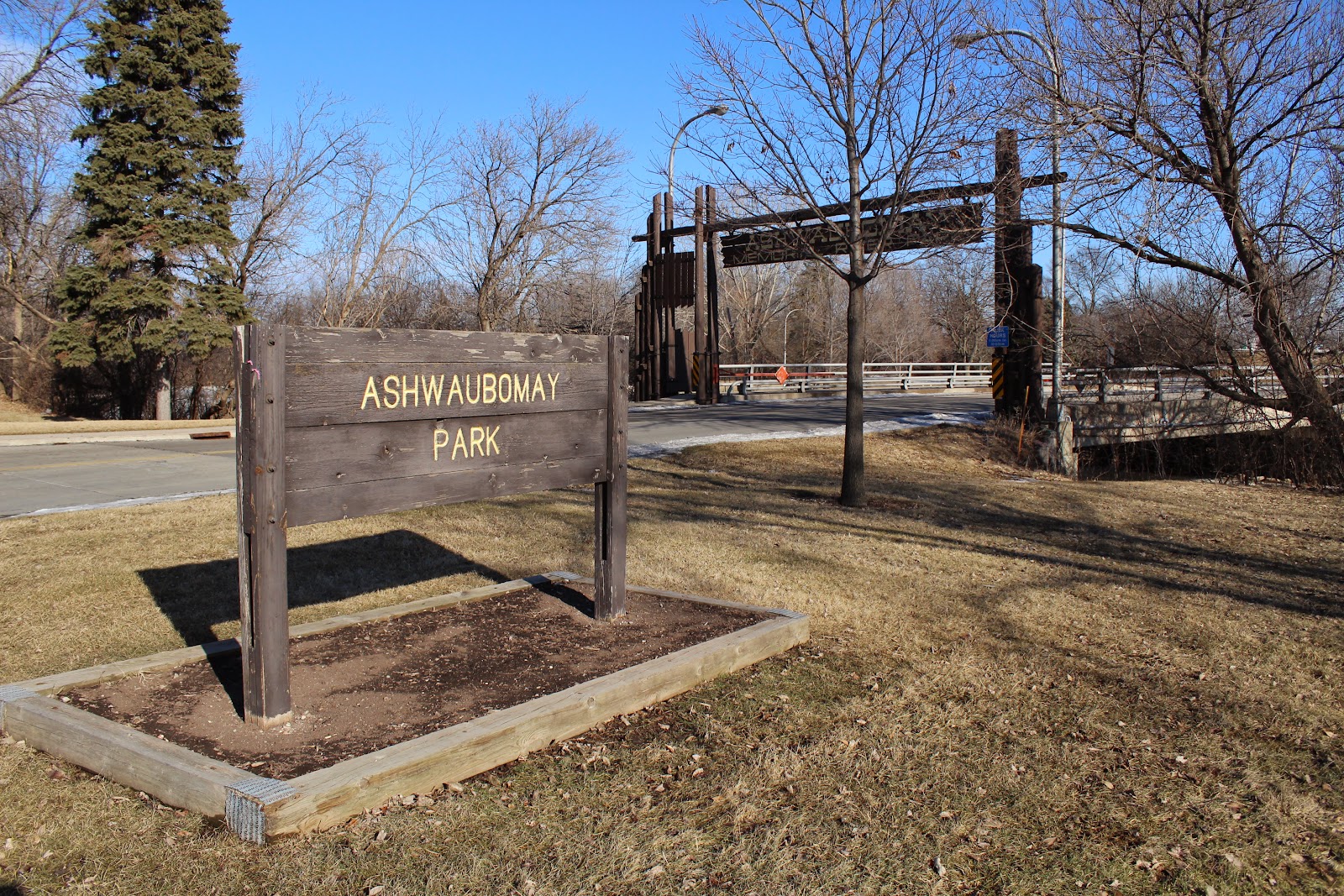 The marker is located on the grounds of Ashwaubomay Park.