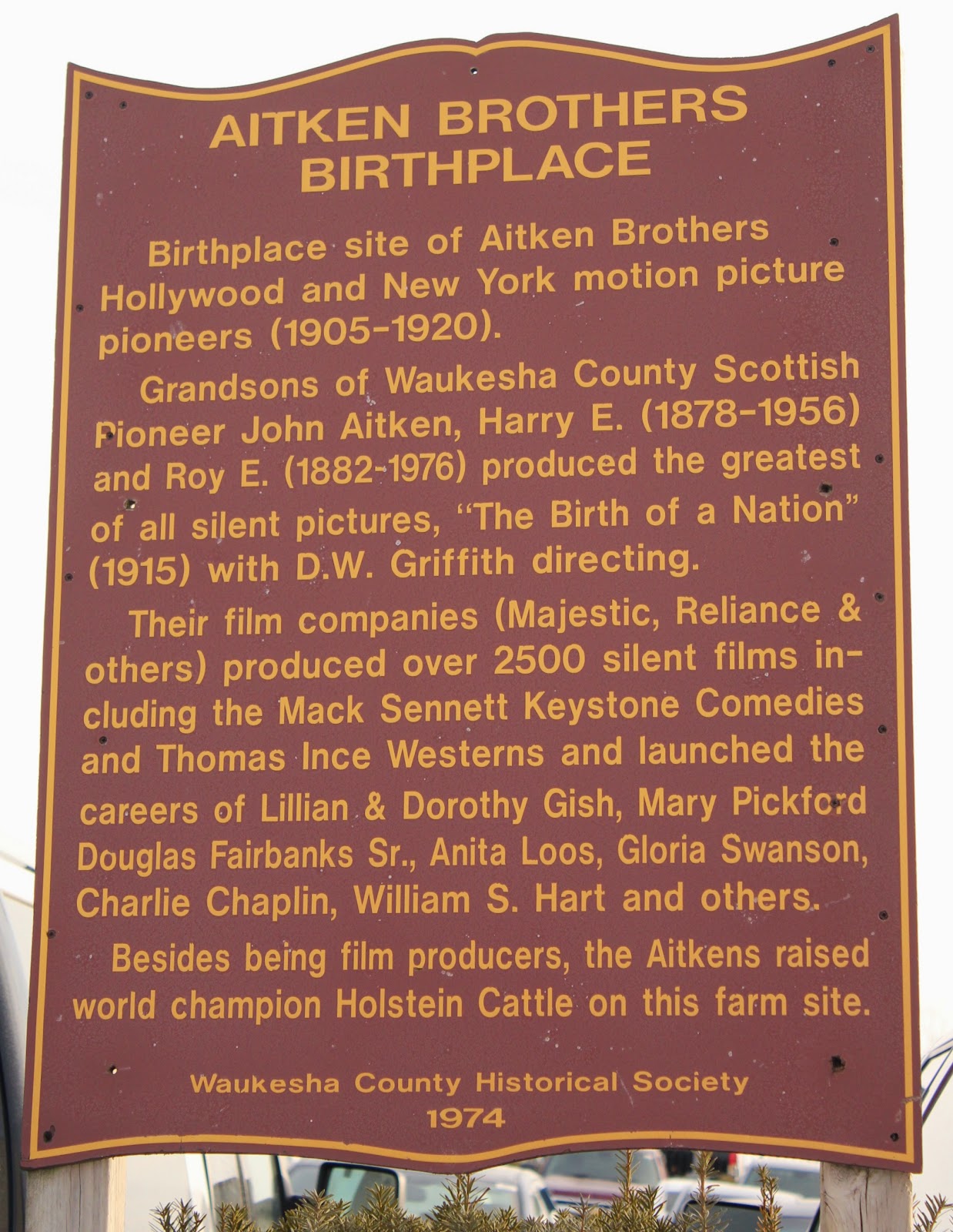 Besides being film producers, the Aitkens raised world champion Holstein Cattle on this farm site.

The marker is located at a back entrance to CarMax, on eastbound West Bluemound Road, just east of its intersection with Kossow Road, Waukesha, Wisconsin 53186.

NOTE: This marker is tricky to access. The marker is on the property of CarMax. The main entrance to CarMax is off Kossow Road. The marker is at a small, easy-to-access back entrance off West Bluemound Road. I first obtained permission from a CarMax manager before using the convenient driveway. See photos below.

This marker is No. 02-01 in a series of historical markers erected by the Waukesha County Historical Society. 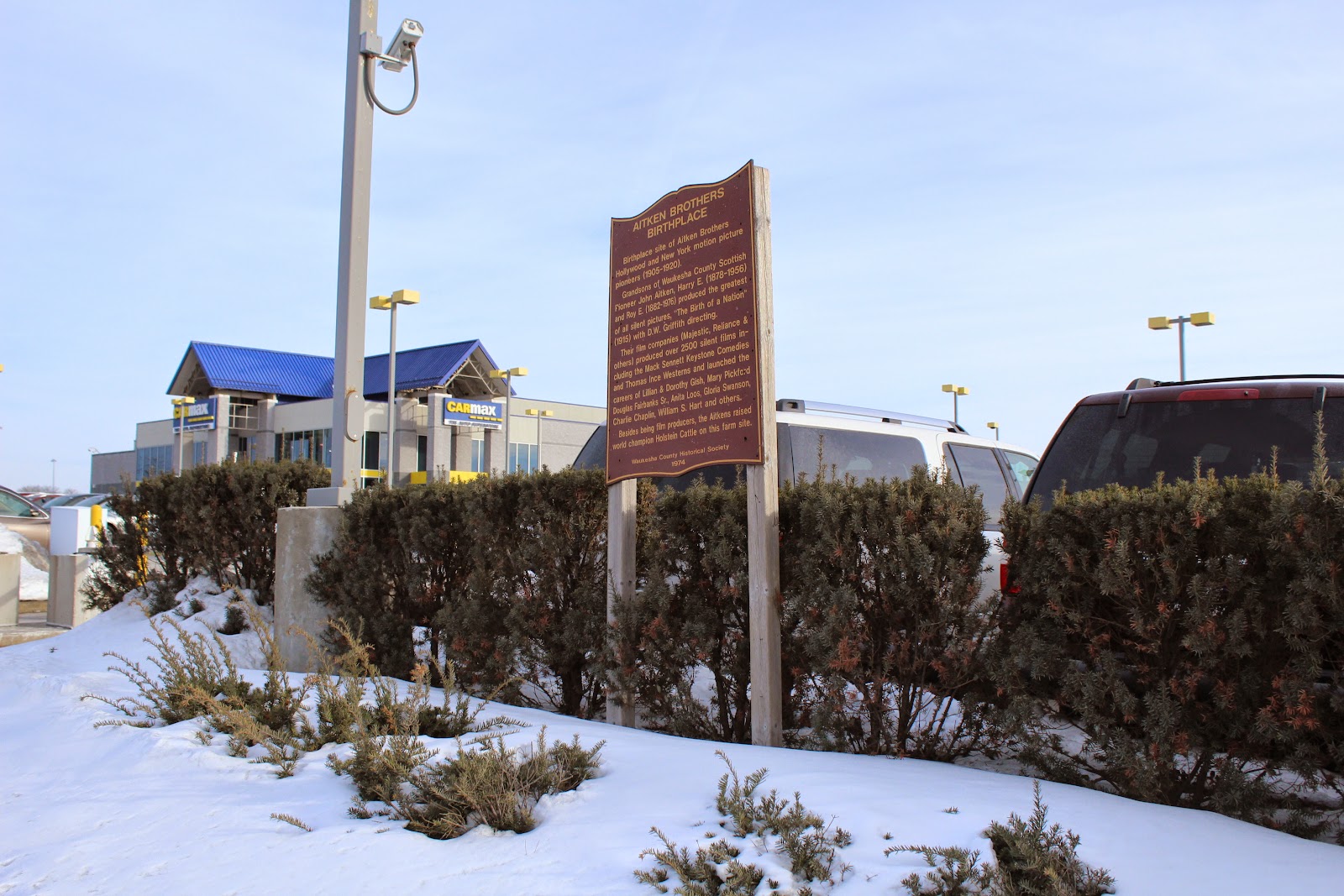 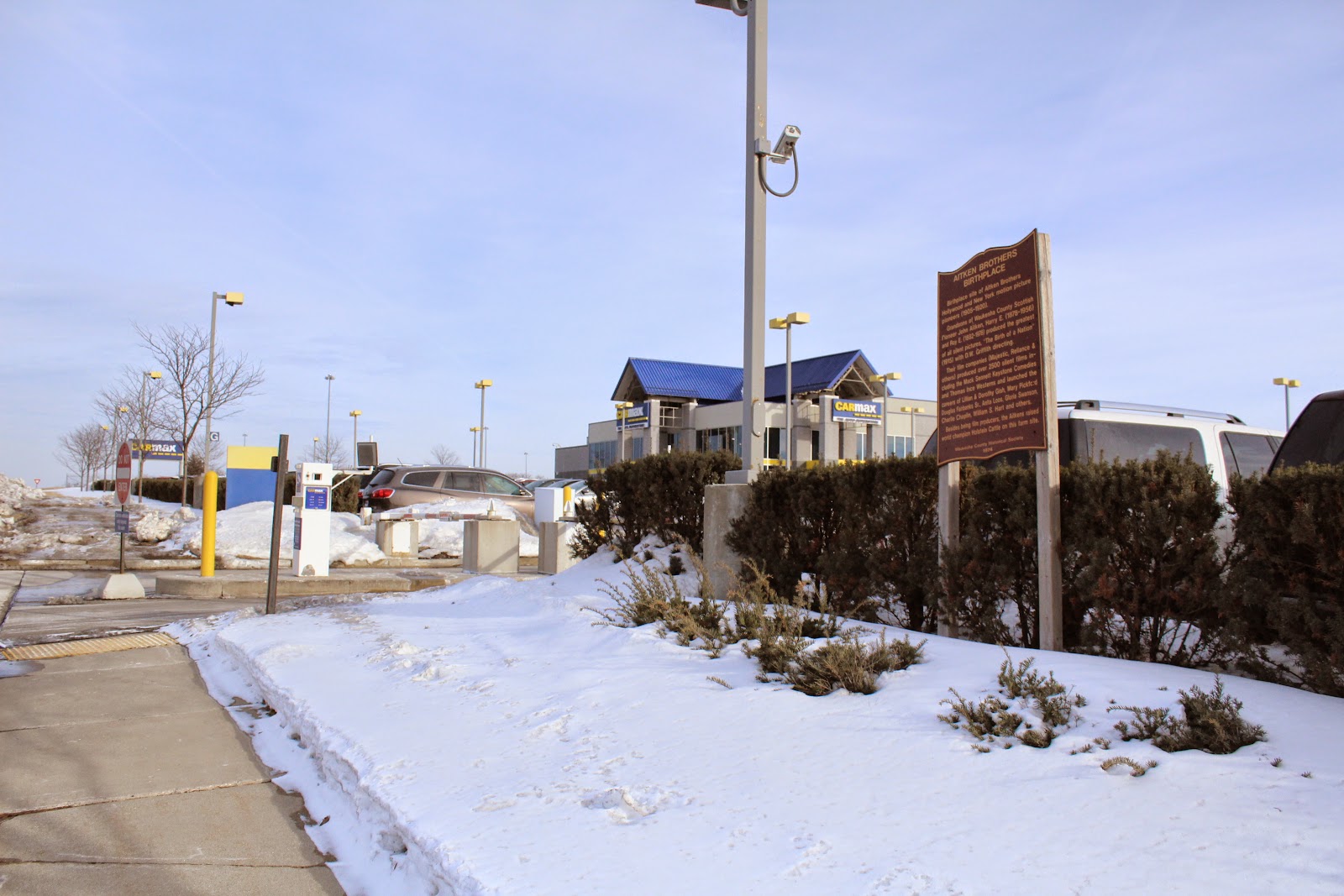 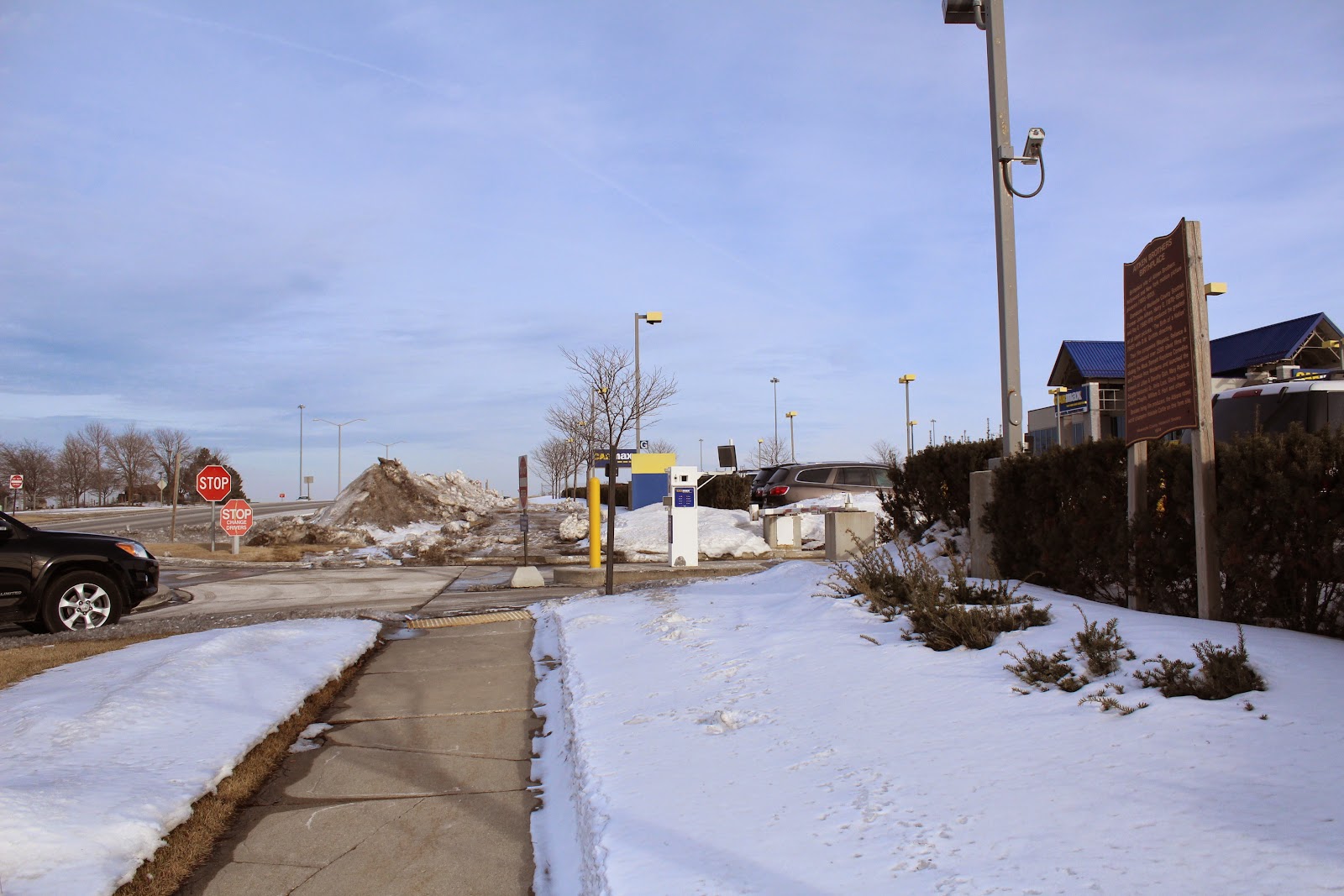 There is a little driveway to pull into and quickly access the marker
(I did so with permission from a CarMax manager)
(looking east on West Bluemound Road).