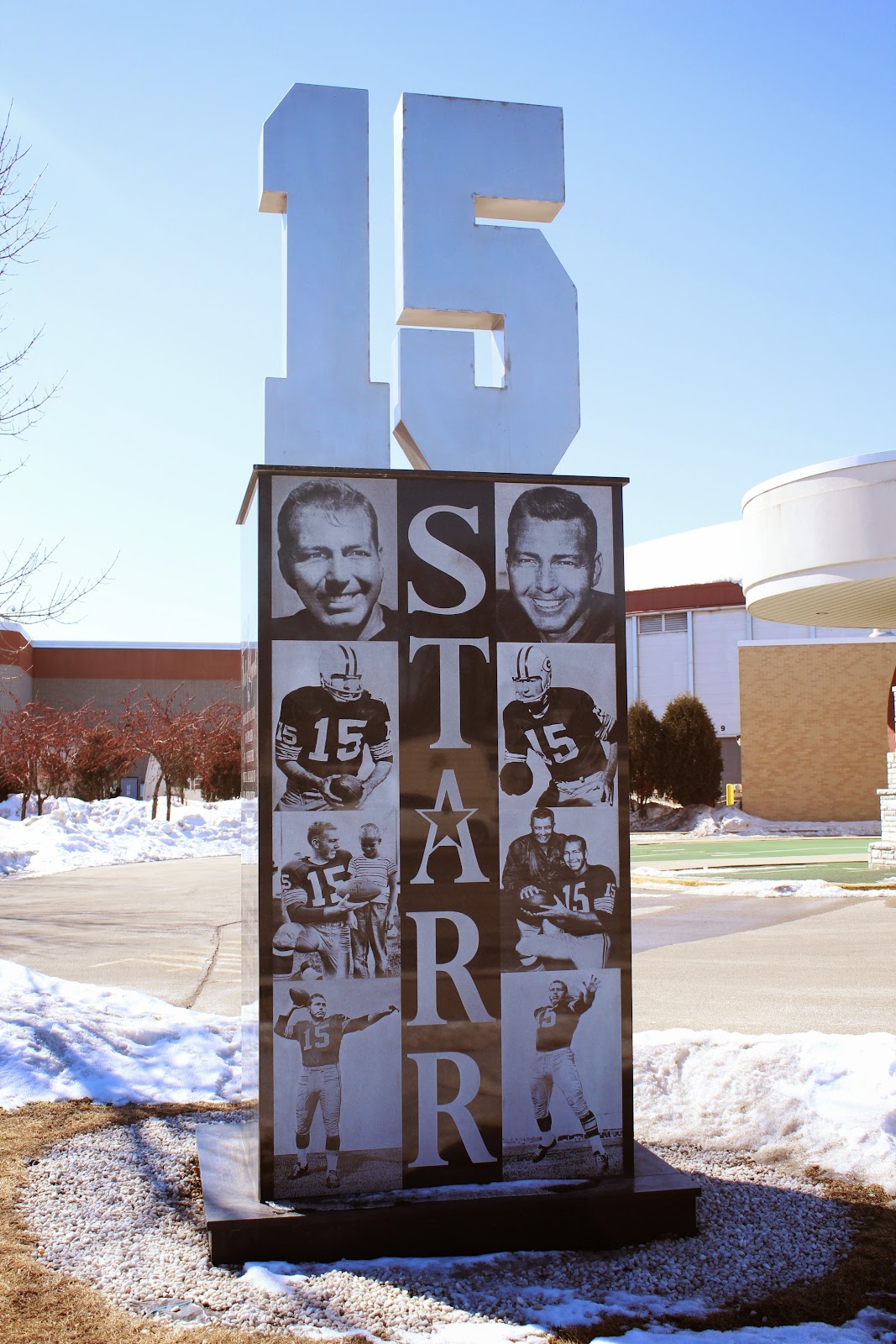 Super Bowls I and II MVP
was a field general by pedigree,
his gusty touchdown pass for the goal
in the final seconds of the "ice bowl"
would freeze in time the reign of
sport's first dynasty.

With wife, Cherry and the Starr family,
he would build a timeless off-field
charitable legacy.
They'd inspire many to believe
in the potential to achieve
greatness with love, faith
commitment and integrity.

There are few modern-day,
pro-football players who can claim
a record five world-championship
victories to their name.
A more beloved hero
the league's not seen
than the great number 15,
a legend in the history of the game. 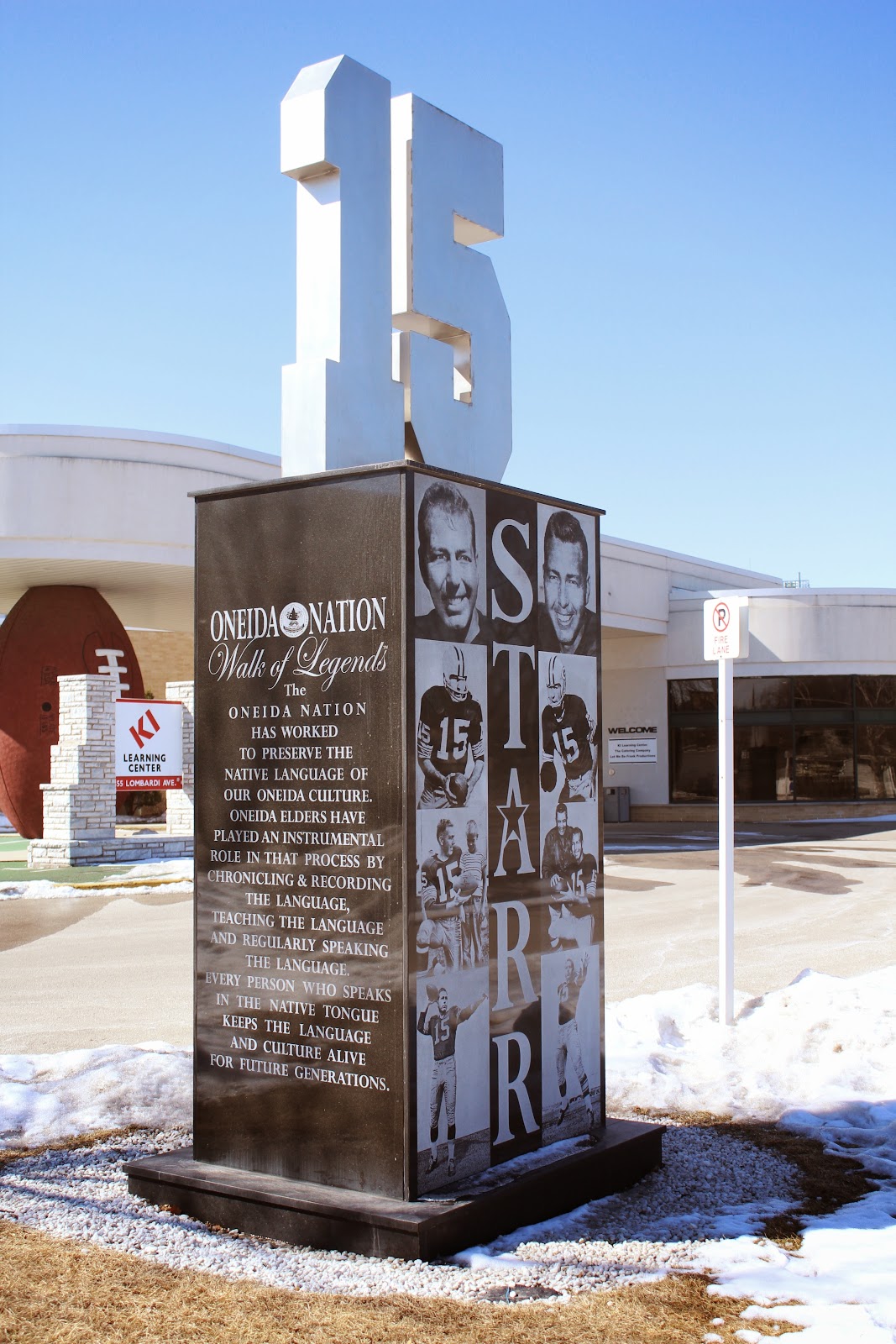 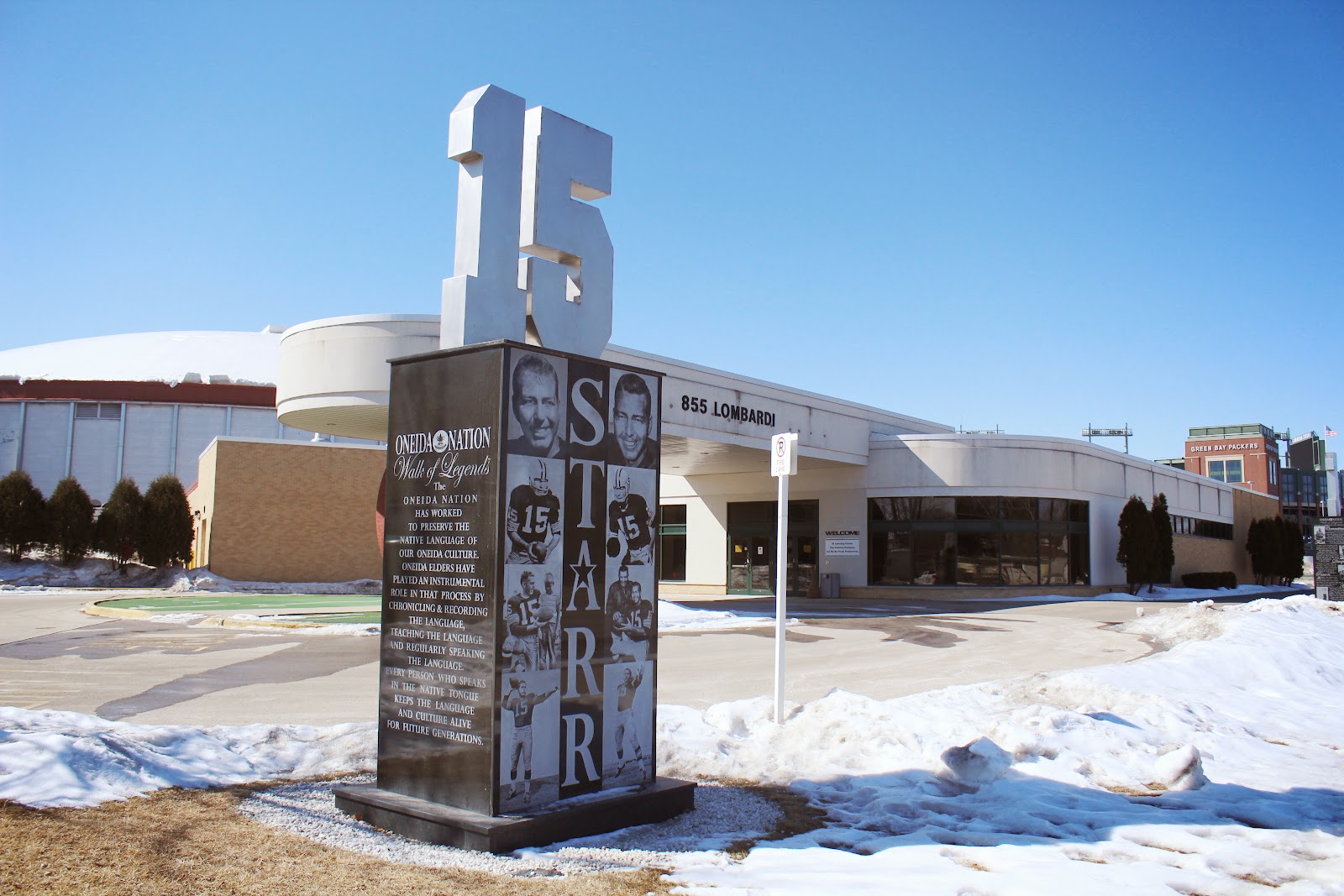 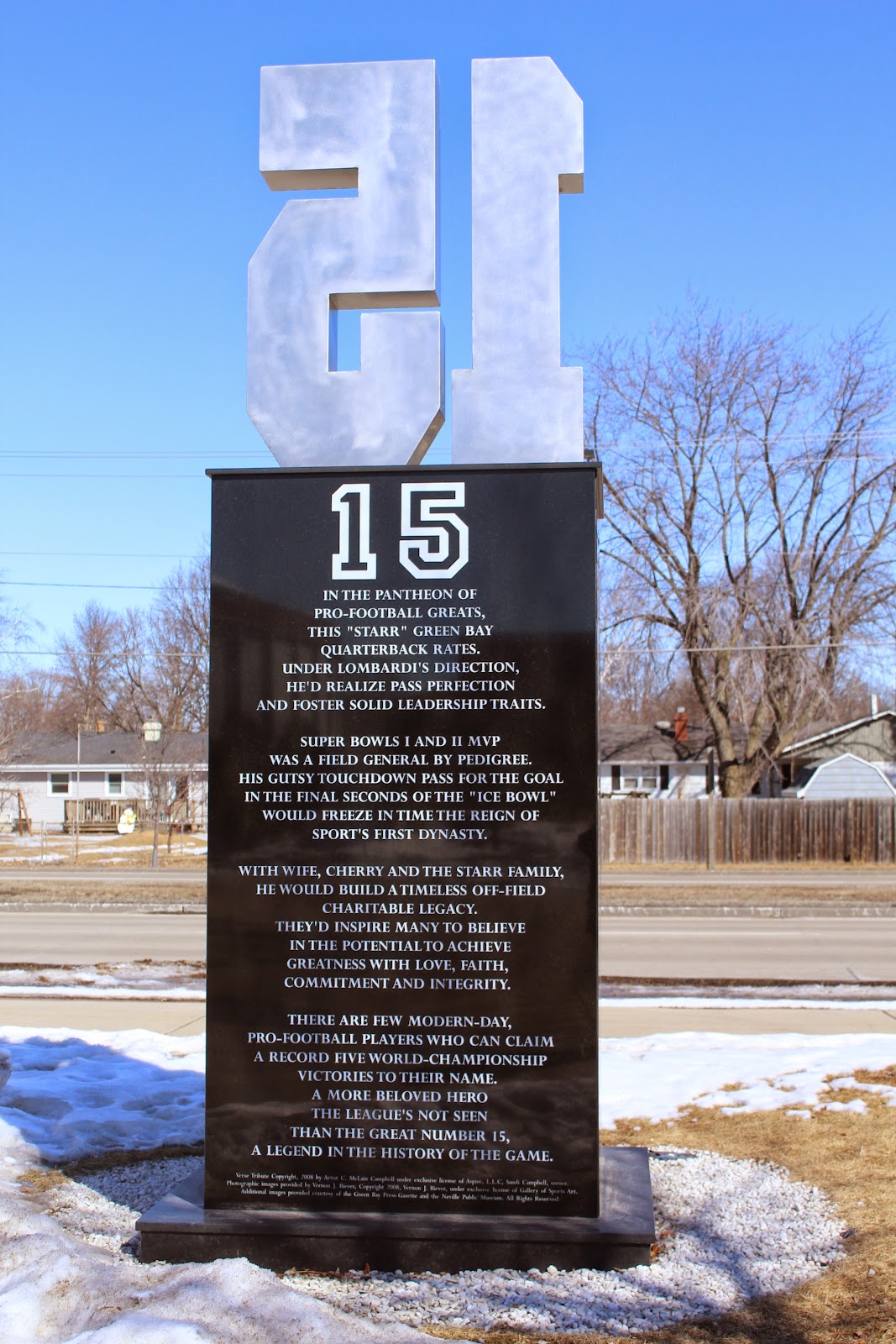 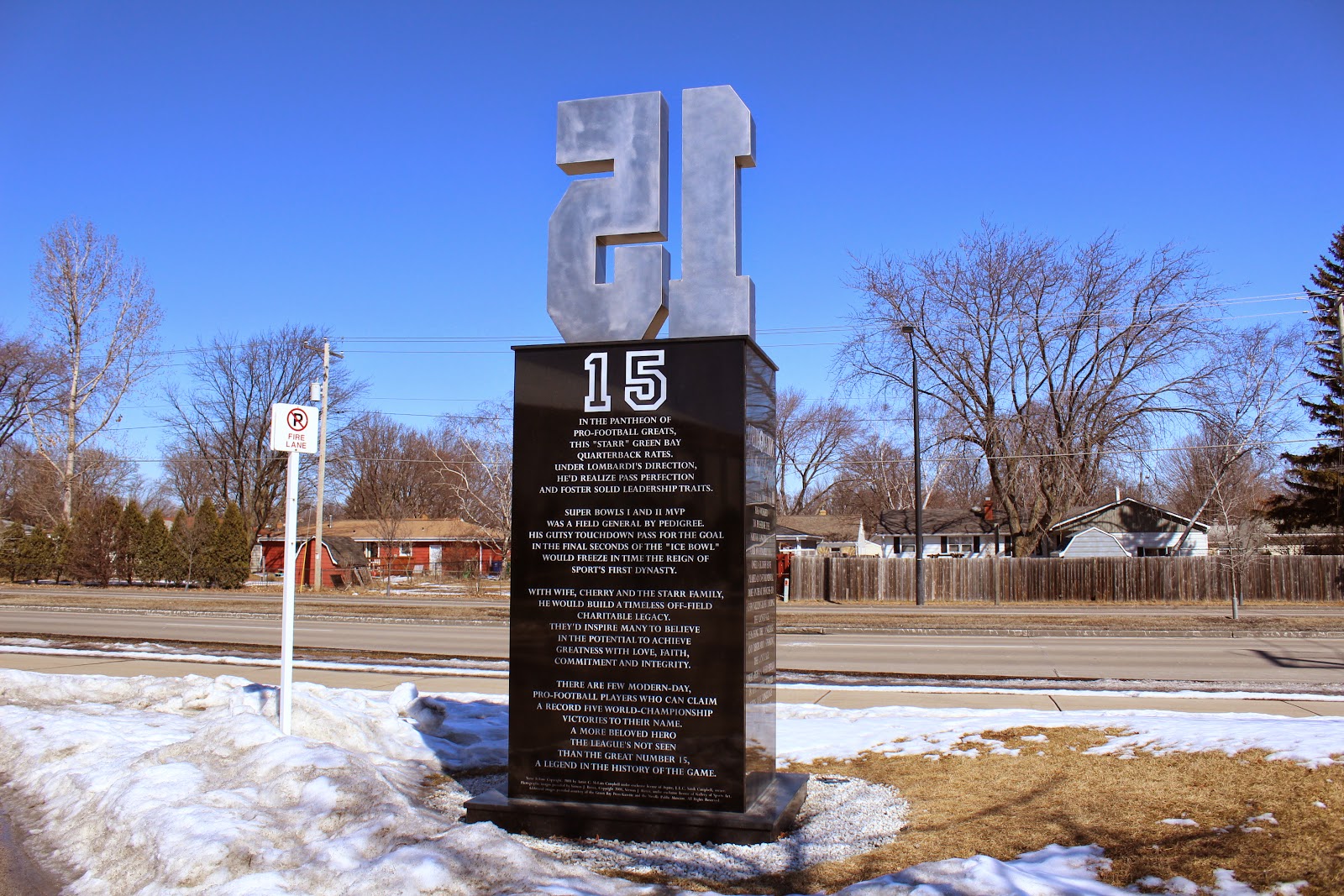 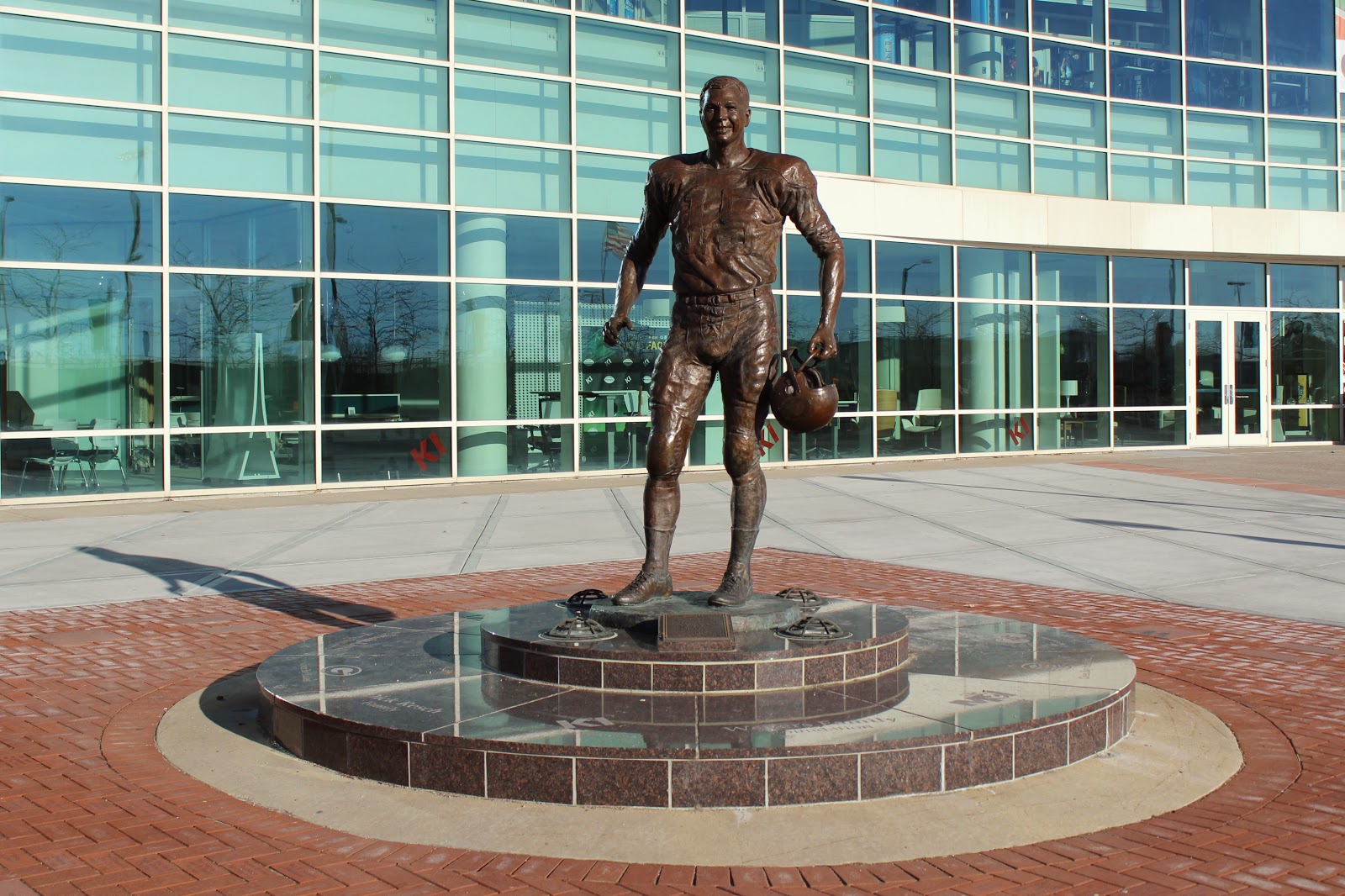 This statue of Bart Starr is a couple of blocks away.
See, Bryan Bartlett Starr "Bart" No. 15. 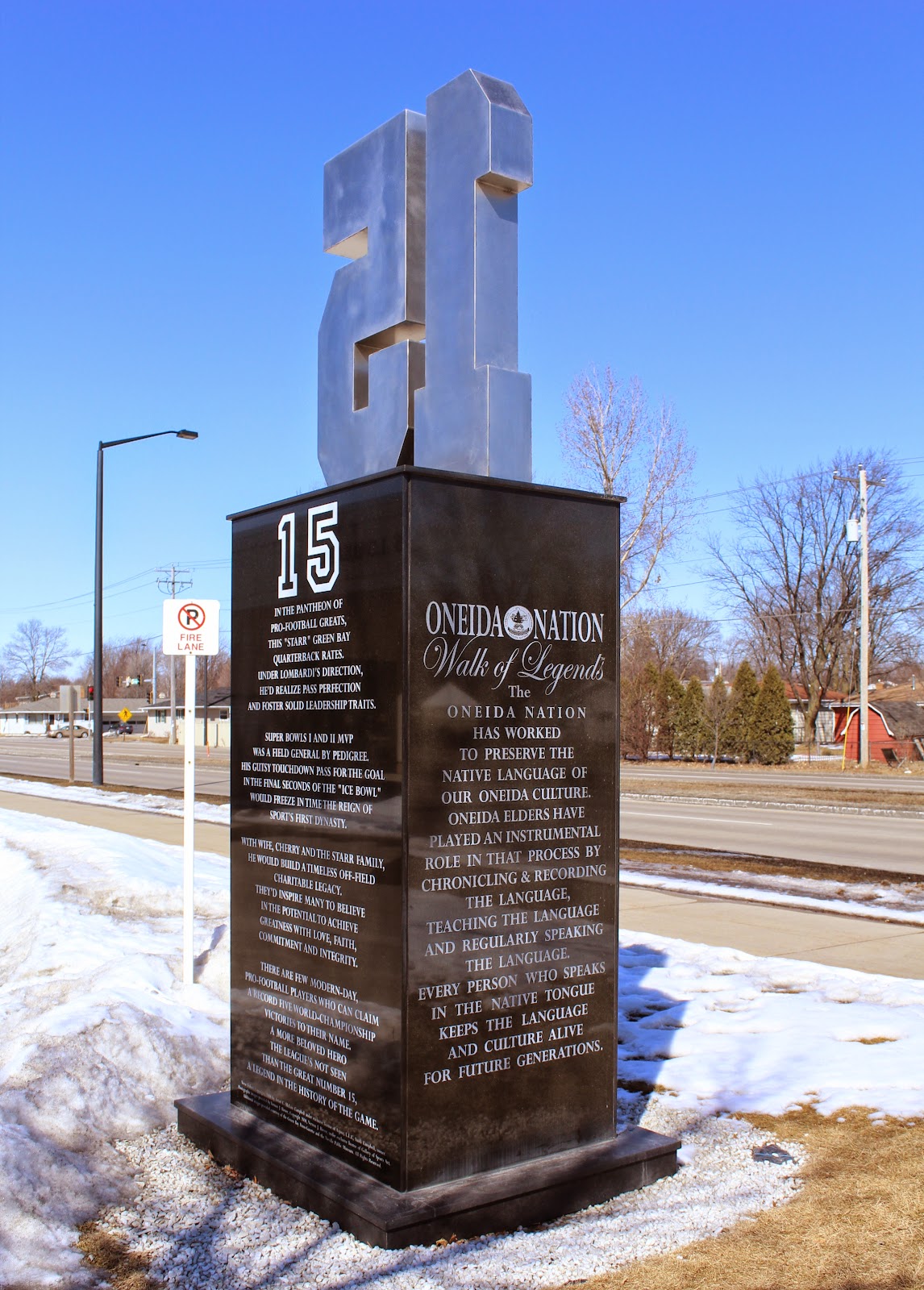 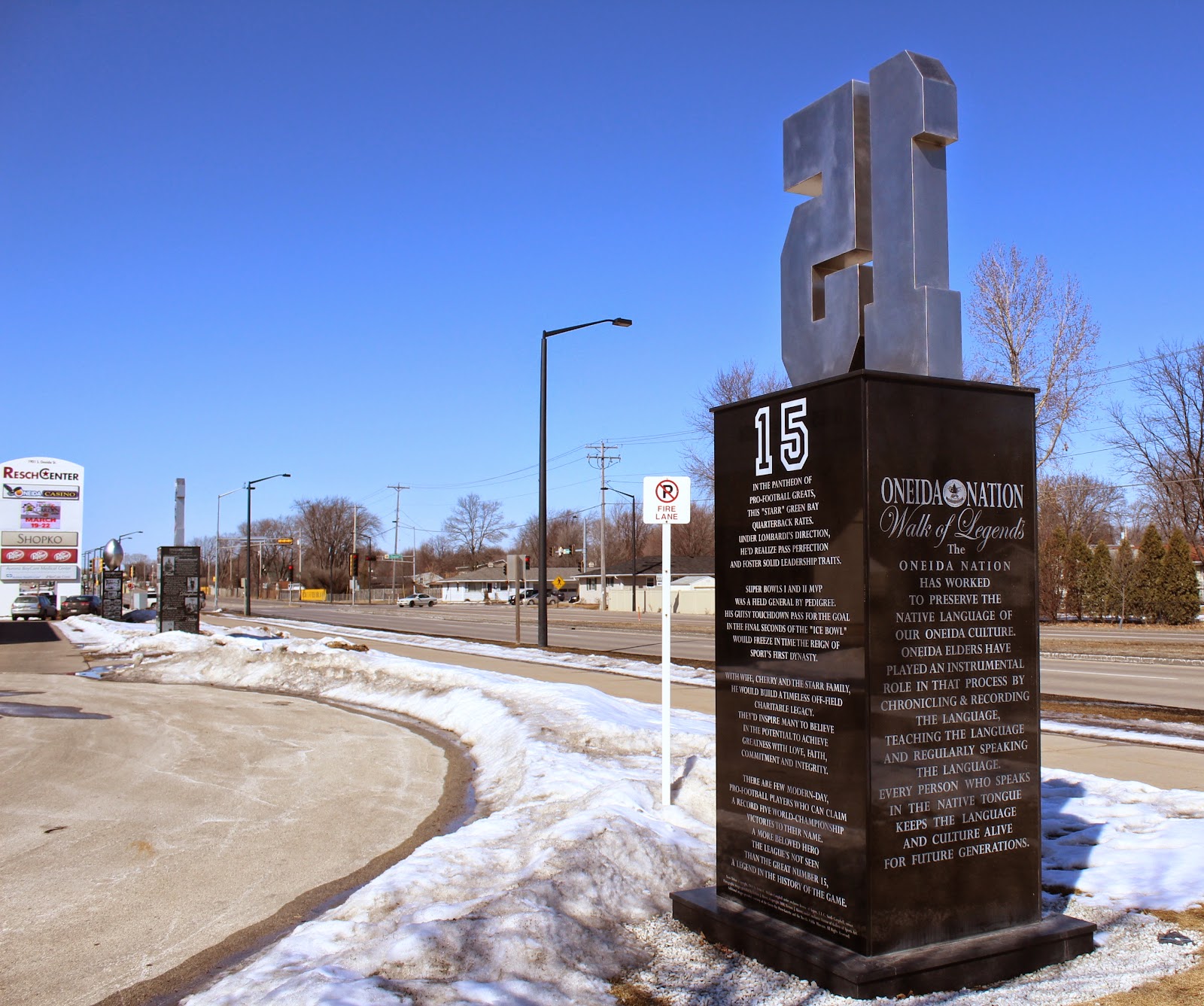 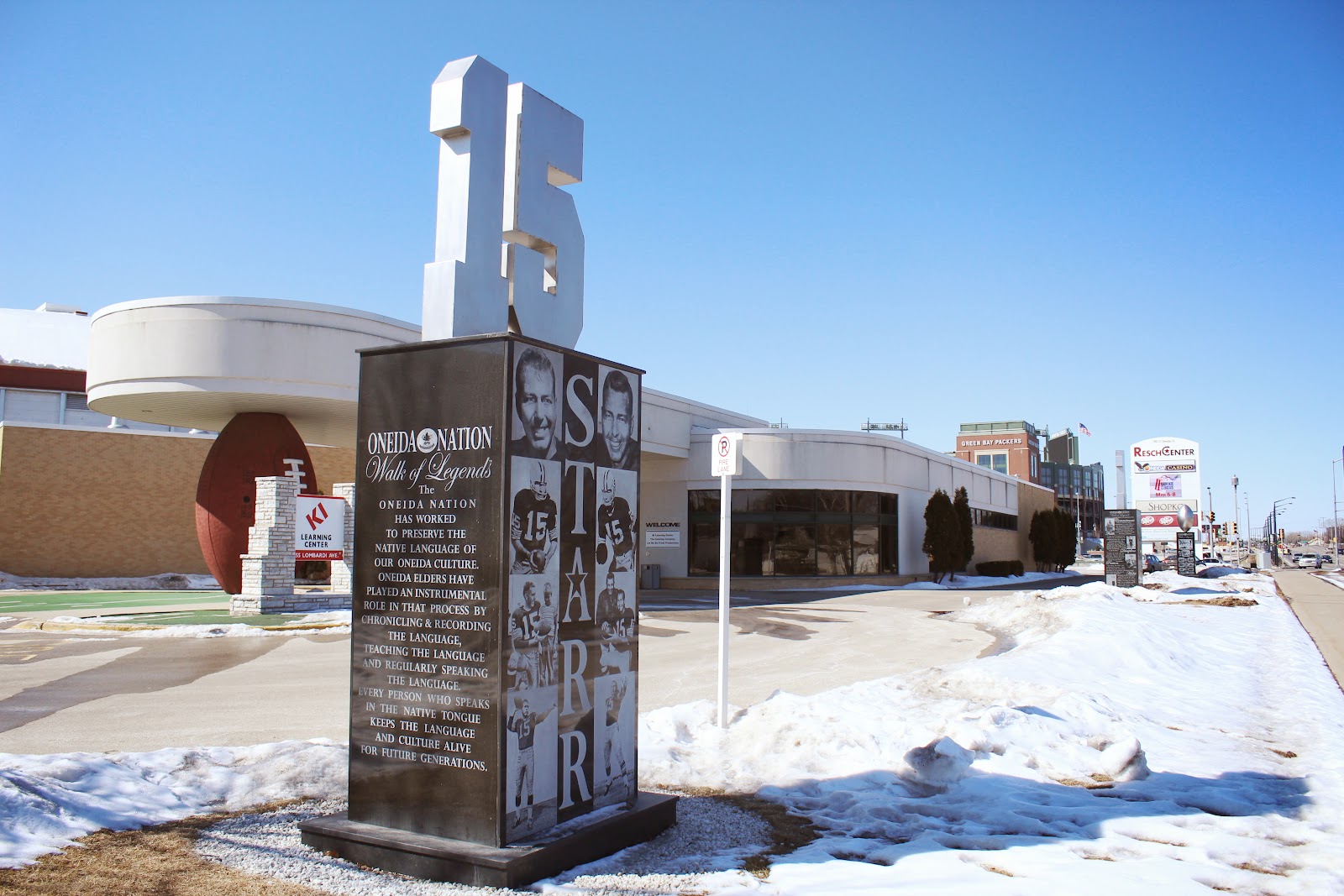 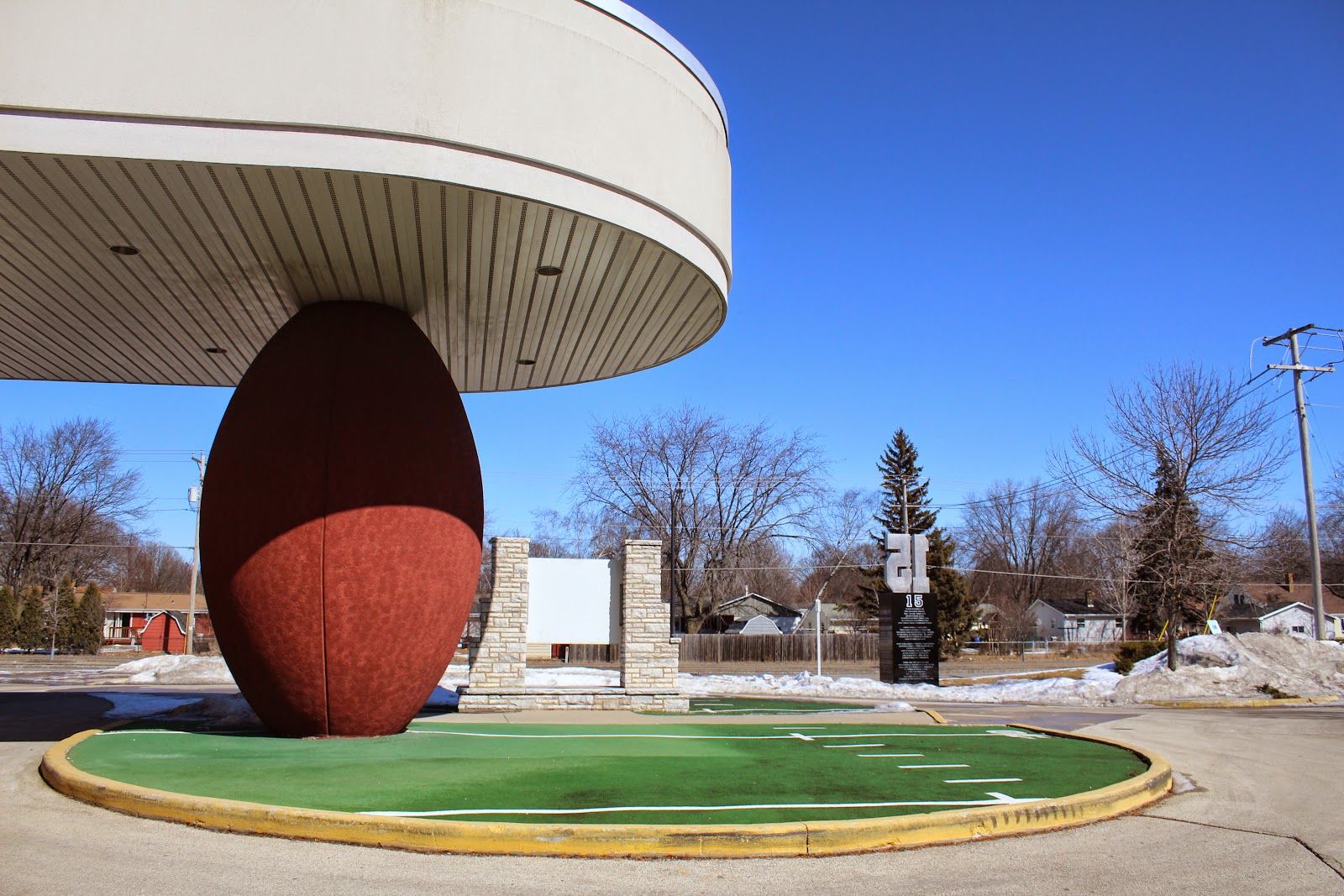 The memorial is visible to the right of the big football. 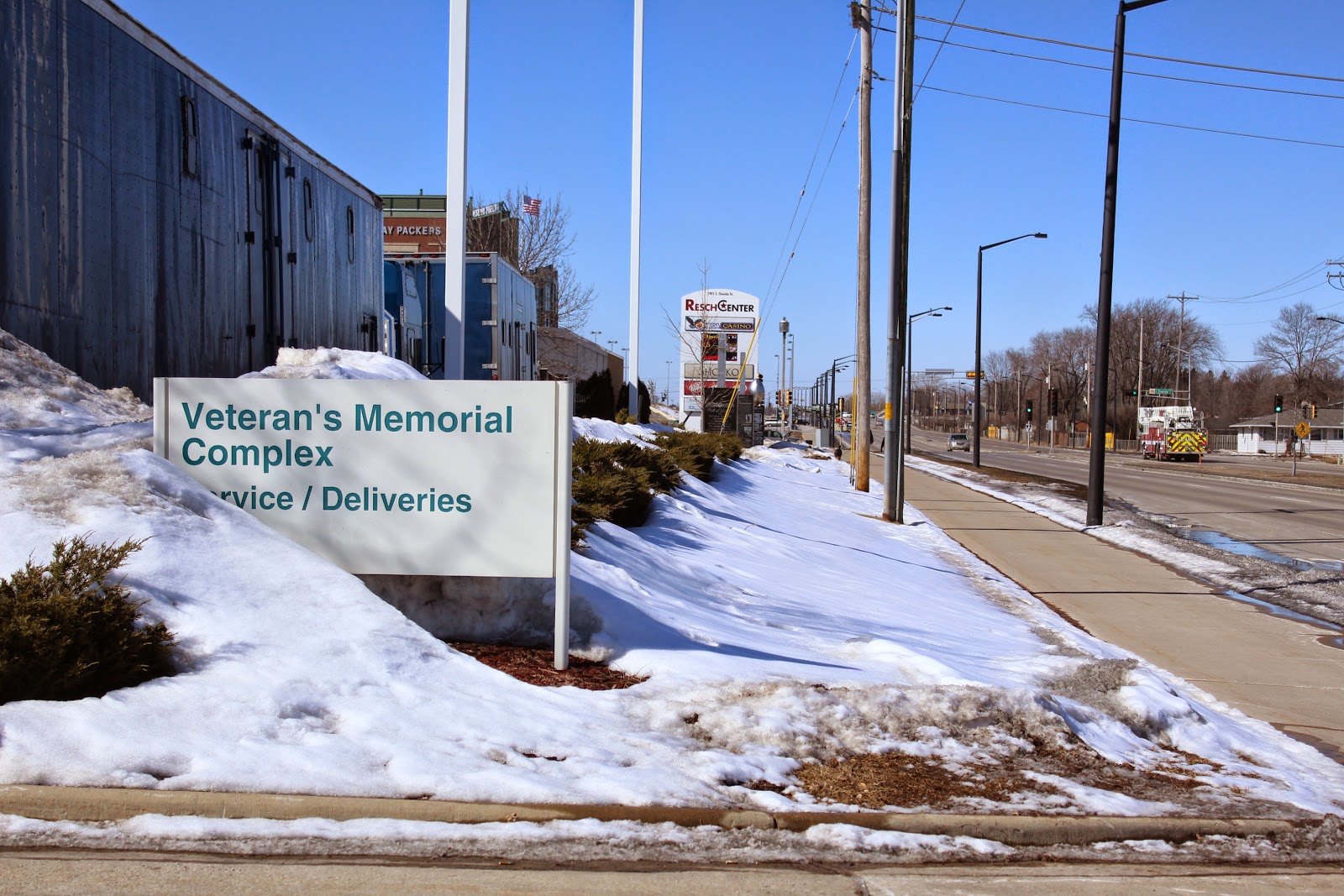