Wrecks of the Steamers Toledo and Niagara Memorial 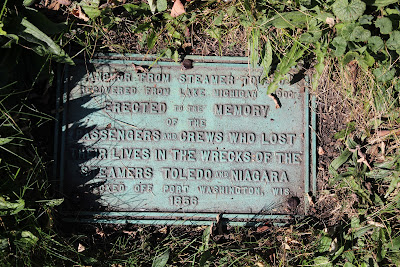 Anchor from Steamer Toledo
recovered from Lake Michigan 1900
Erected to the Memory
of the
passengers and crews who lost
their lives in the wrecks of the
Steamers Toledo and Niagara
wrecked off Port Washington, Wis.
1856

The Steamers Toledo and Niagara Memorial is located at the center of the west side of Union Cemetery, Port Washington, Wisconsin.

NOTE: The entrance to the cemetery is located on southbound South Keeney Street, just north of its intersection with West Oakland Avenue. Follow the unnamed cemetery road around until you see the anchor at the top of the highest knoll, on your right. 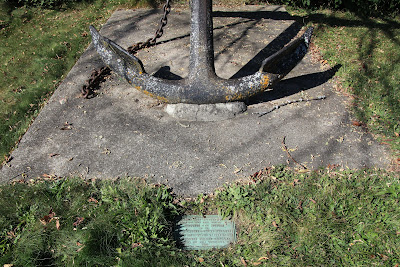 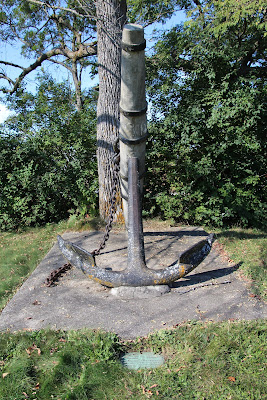 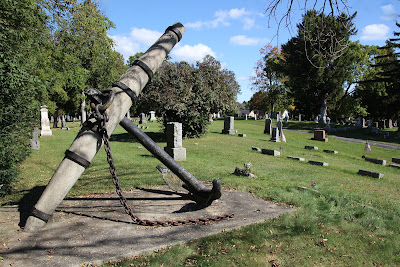 Looking east across the cemetery . . . 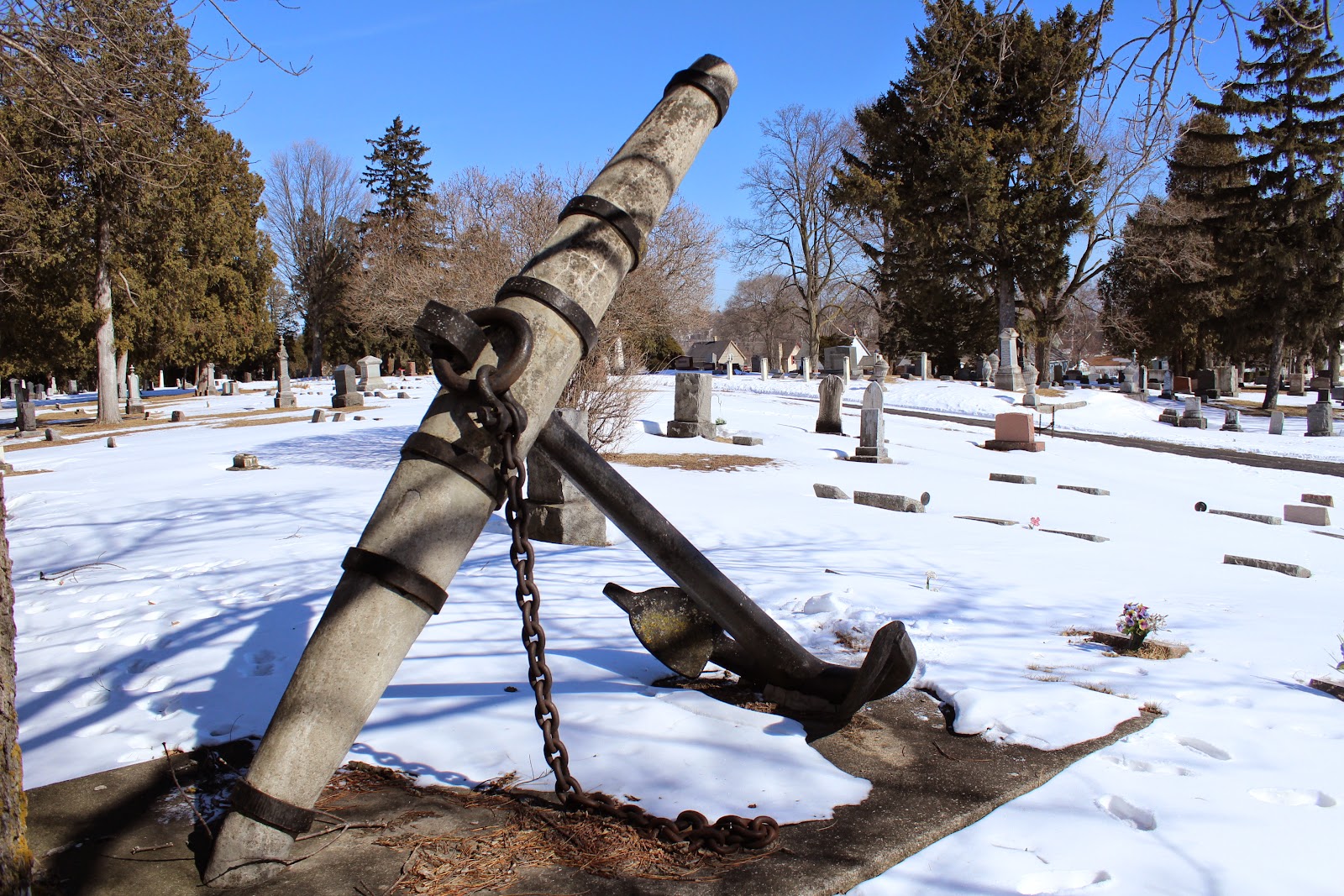 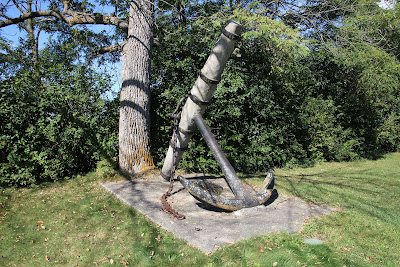 The small marker, barely visible in the grass in front of the anchor,
disappears once it snows (see below). 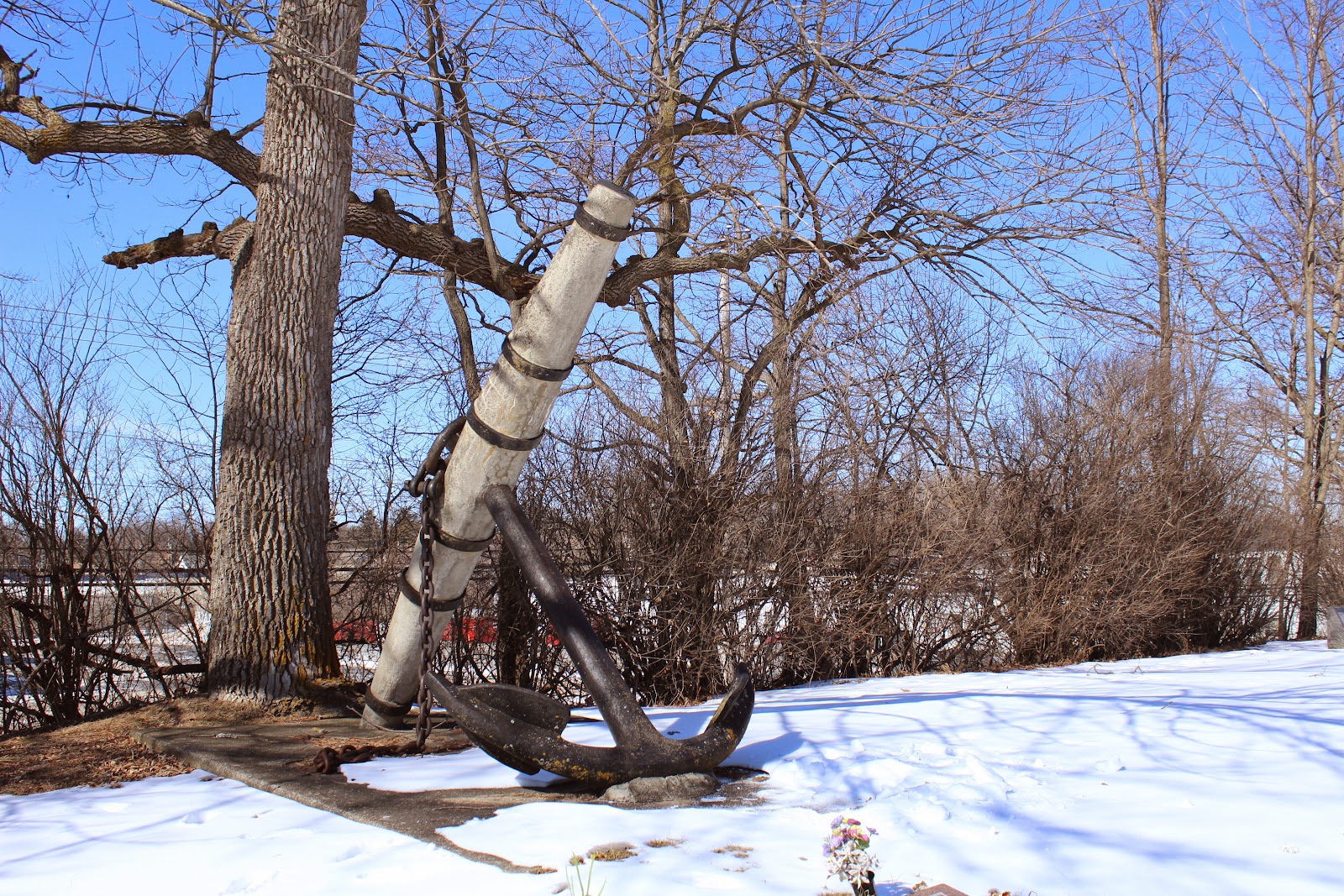 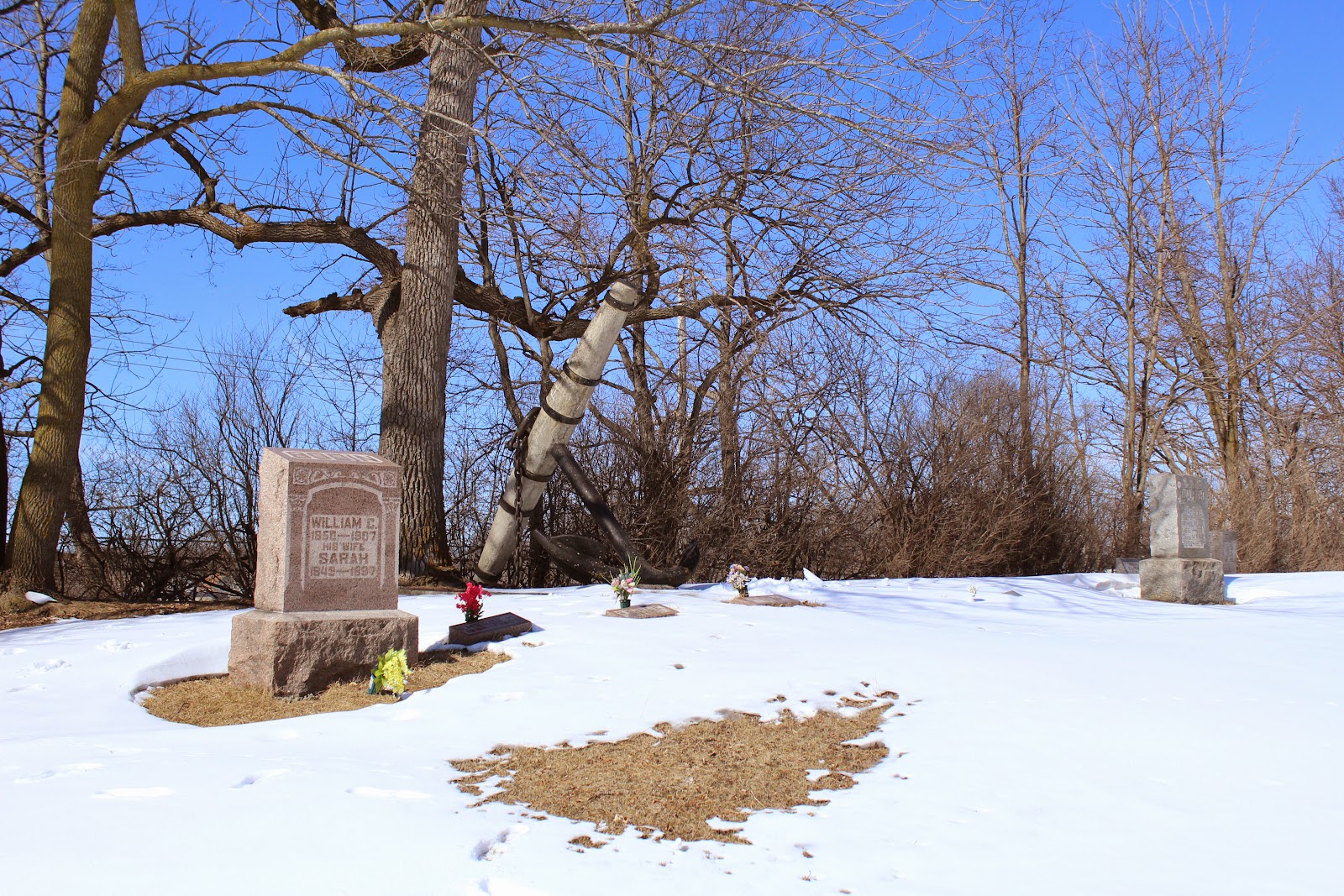 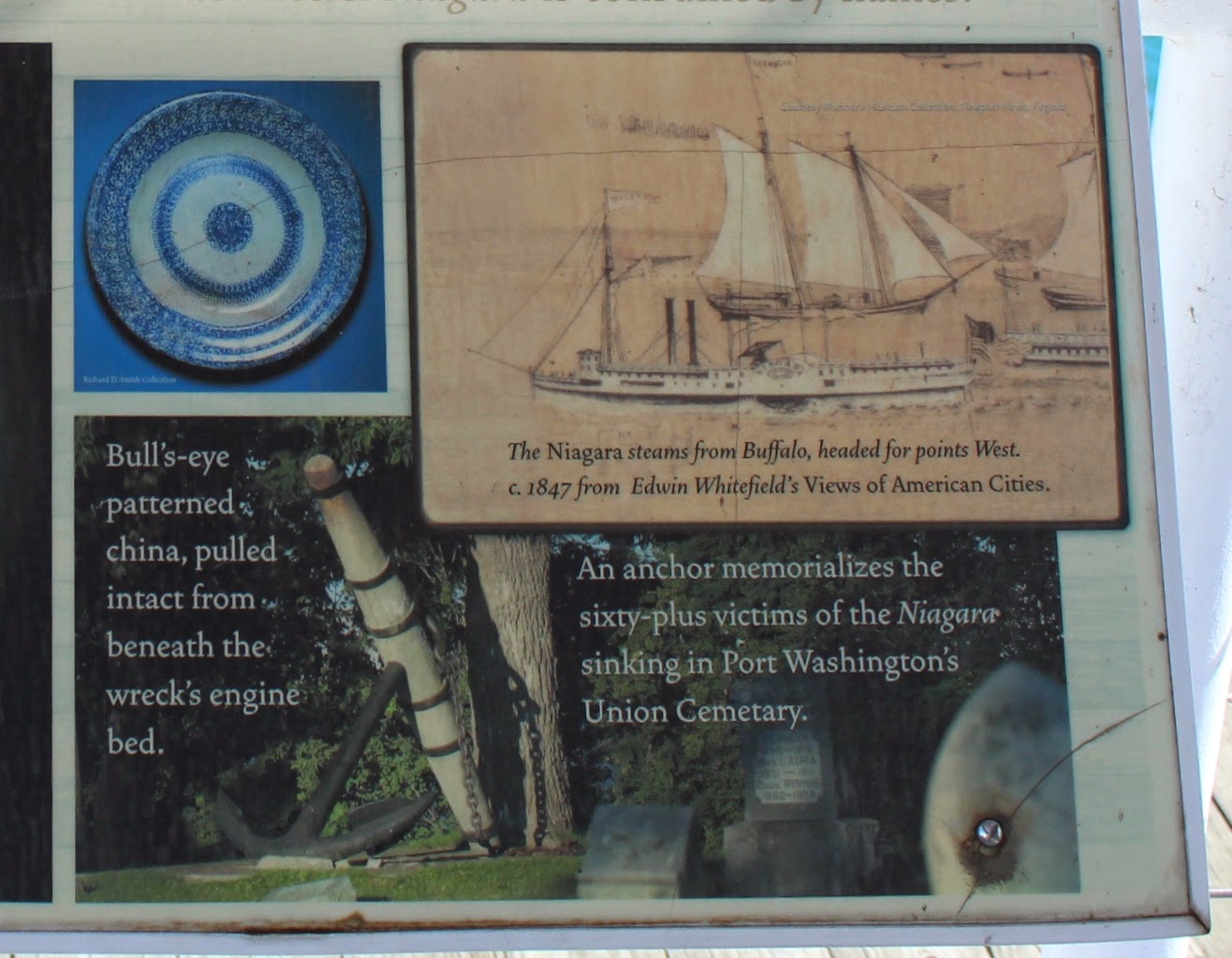 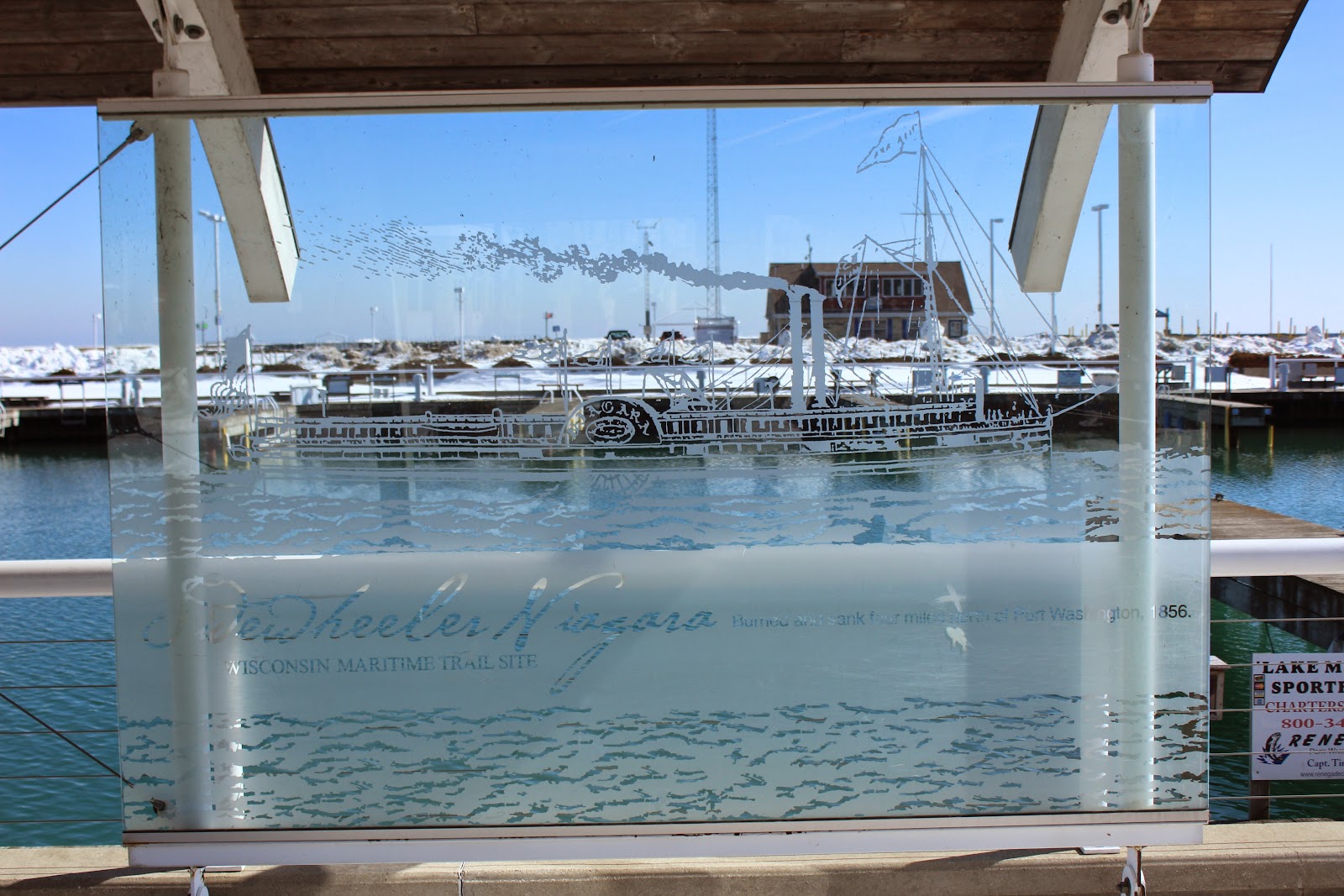 A glass etching of the Steamship Niagara,
in nearby downtown Port Washington. 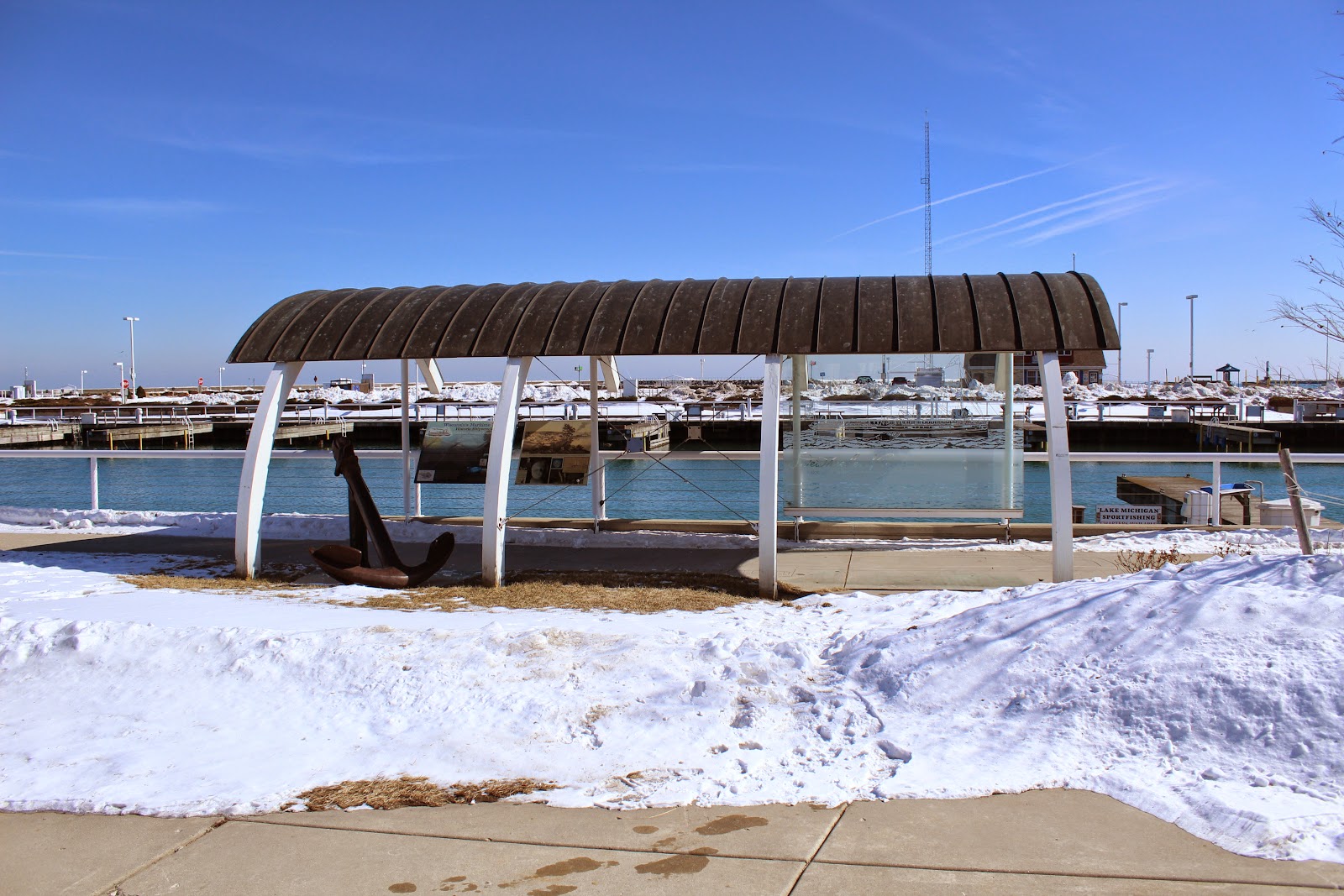 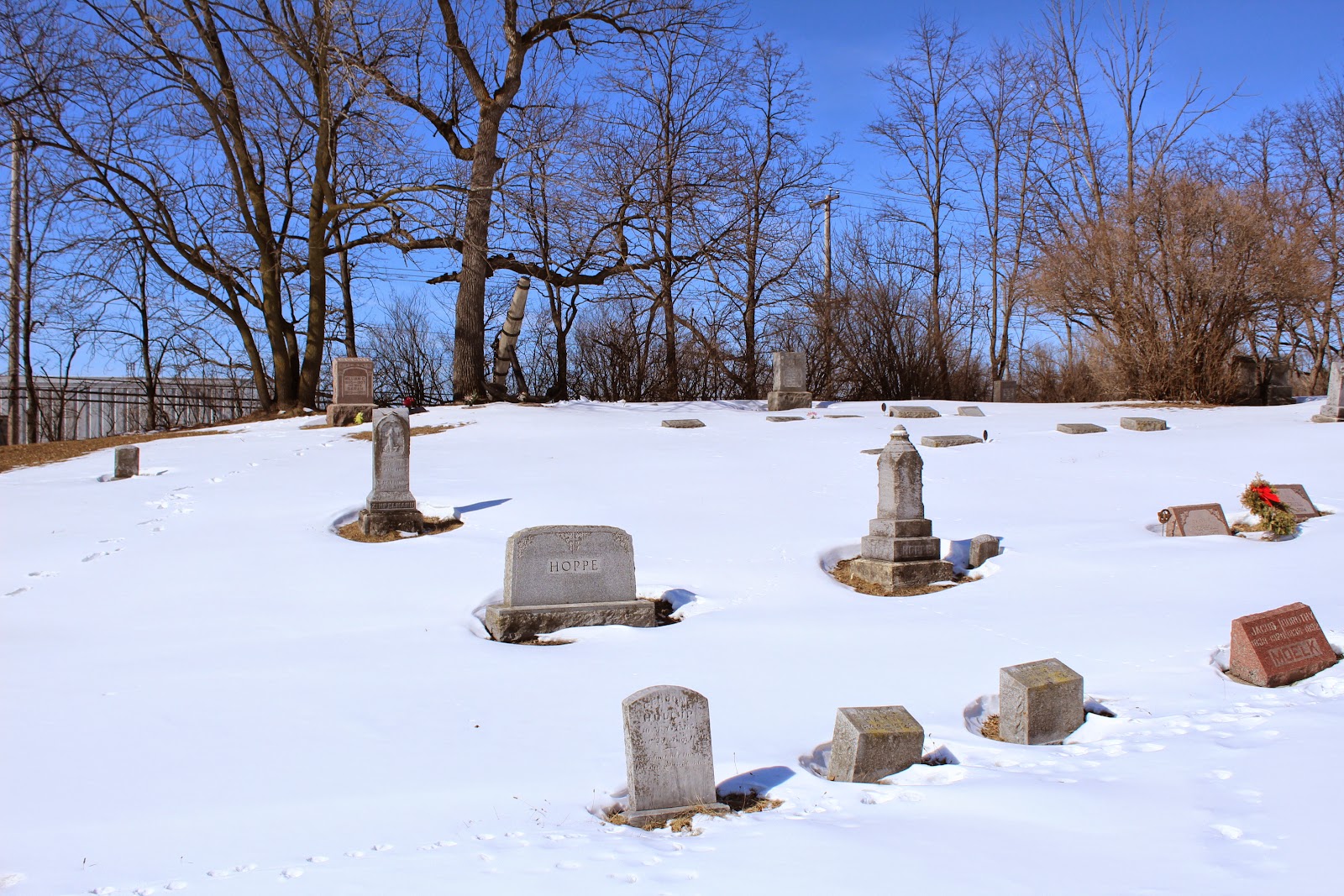 The memorial anchor is at the top of the highest knoll. 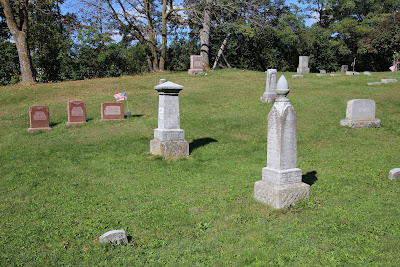 The anchor is at the top of the knoll. 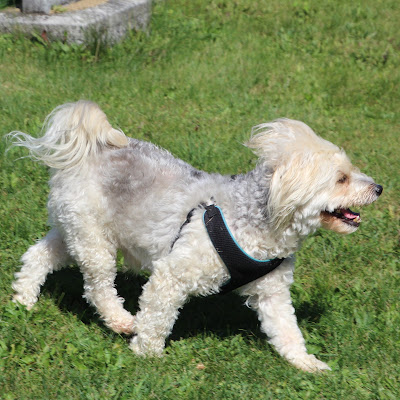 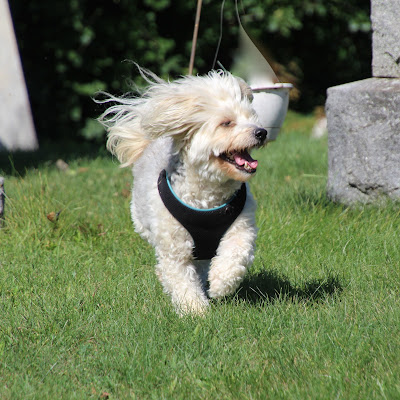 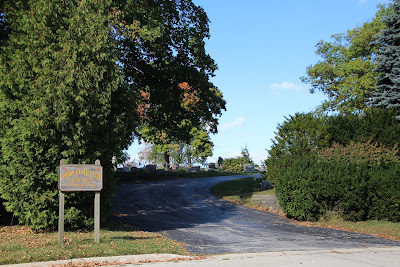 The South Keeney Street entrance to the cemetery. 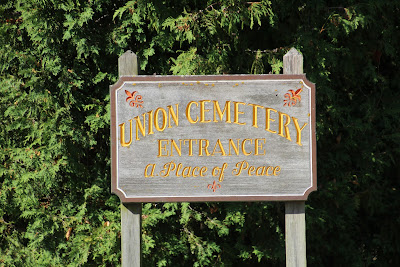 The memorial is located at Port Washington's Union Cemetery.