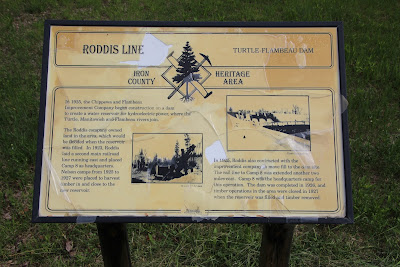 In 1925, the Chippewa and Flambeau Improvement Company began construction on a dam to create a water reservoir for hydroelectric power, where the Turtle, Manitowish, and Flambeau rivers join.

The Roddis company owned land in the area, which would be flooded when the reservoir was filled. In 1923, Roddis laid a second main railroad line running east and placed Camp 8 as headquarters. Nelson camps from 1925 to 1927 were placed to harvest timber in and close to the new reservoir.

In 1925, Roddis also contracted with the improvement company to move fill to the dam site. The rail line to Camp 8 was extended another two miles east. Camp 8 was the headquarters camp for this operation. The dam was completed in 1926, and timber operations in the area were closed in 1927 when the reservoir was filled and timber removed.

The marker is located on westbound Flambeau Dam Road, between Koshak Road (to the west) and Upper Flambeau River Boat Landing Road (to the east), Butternut, Wisconsin 54514.

This marker is included in the Iron County Heritage Area series of markers.
Click here for more information and to view all markers in the series. 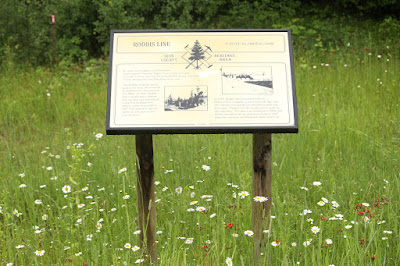 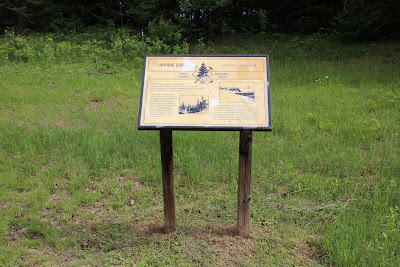 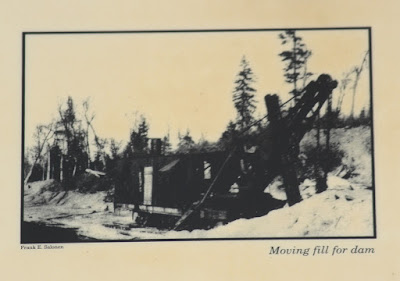 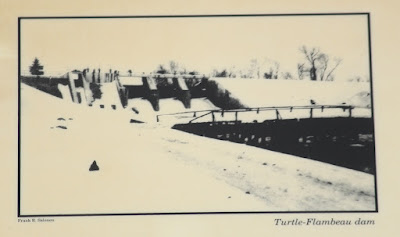 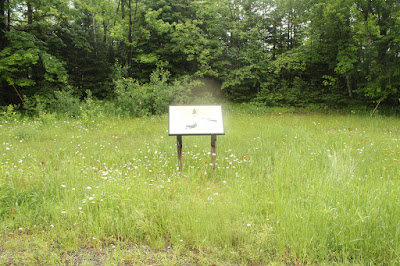 What's that glow above the marker?
Effects of the rain while being photographed. 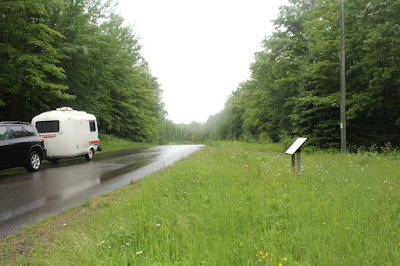 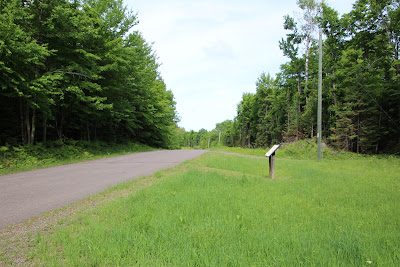 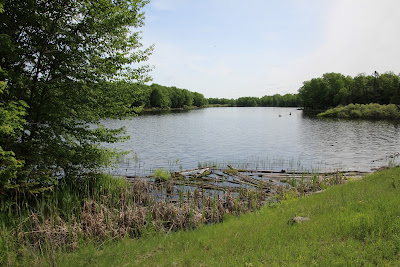 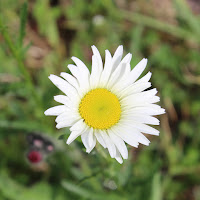 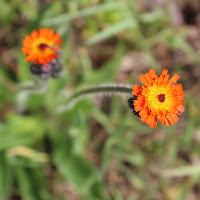 Some of the wildflowers. 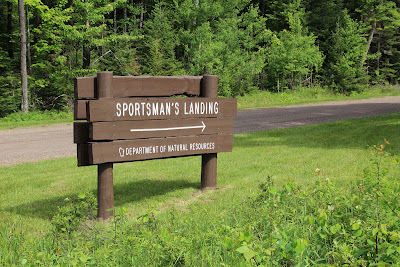 The nearby entrance to Sportsman's Landing. 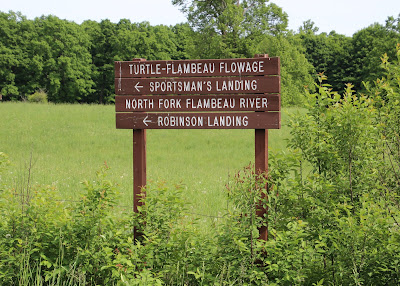 Plenty of signs (above and below) leading to the marker's location. 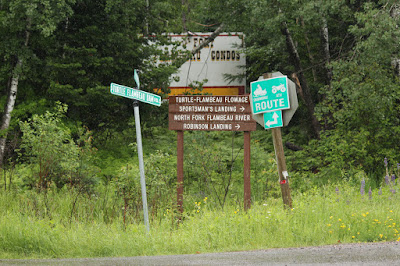 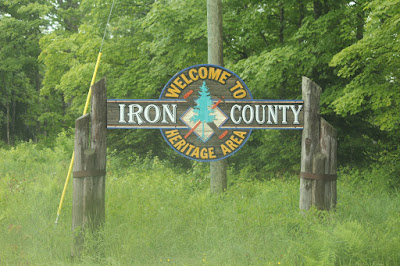 The marker is locate din the Iron County Heritage Area.