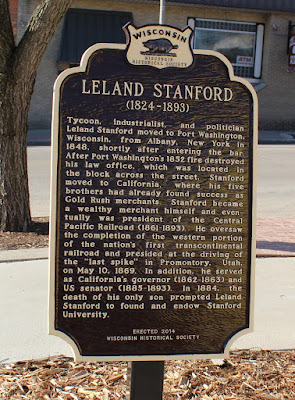 Tycoon, industrialist, and politician Leland Stanford moved to Port Washington, Wisconsin, from Albany, New York in 1848, shortly after entering the bar. After Port Washington's 1852 fire destroyed his law office, which was located in the block across the street, Stanford moved to California, where his five brothers had already found success as Gold Rush merchants. Stanford became a wealthy merchant himself and eventually was president of the Central Pacific Railroad (1861-1893). He oversaw the completion of the western portion of the nation's first transcontinental railroad and presided at the driving of the "last spike" in Promontory, Utah, on May 10, 1869. In addition, he served as California's governor (1862-1863) and US senator (1885-1893). In 1884, the death of his only son prompted Leland Stanford to found and endow Stanford University.

Wikipedia: Leland Stanford
Former Governor of my home state of California and how Stanford University got its name! I never knew!

"The Big Four" was the name popularly given to the famous and influential businessmen, philanthropists and railroad tycoons who built the Central Pacific Railroad, (C.P.R.R.), which formed the western portion through the Sierra Nevada and the Rocky Mountains of the First Transcontinental Railroad in the United States, built from the mid-continent at the Mississippi River to the Pacific Ocean during the middle and late 1860's.[1] Composed of Leland Stanford, (1824-1893), Collis Potter Huntington, (1821-1900), Mark Hopkins, (1813-1878), and Charles Crocker, (1822-1888), the four themselves however, personally preferred to be known as "The Associates."[2] 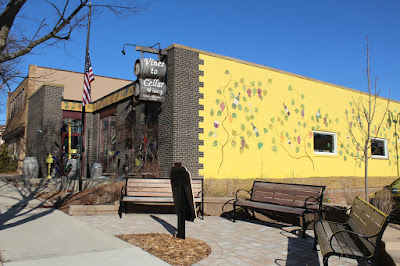 The marker is next to the Vines to Cellar Winery. 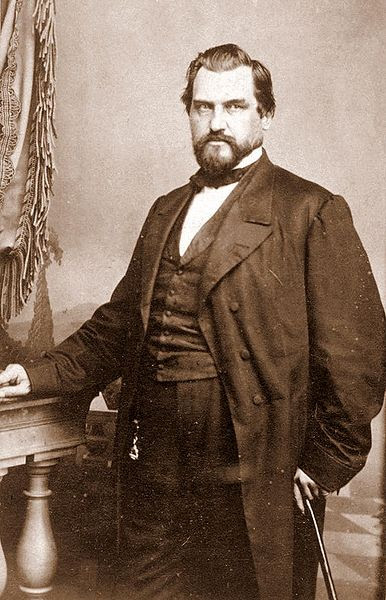 Leland Stanford (circa 1870s)
This image is in the public domain; click here for more information. 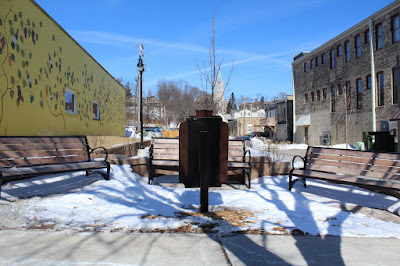 This is one of the worst placed markers I have ever seen . . .