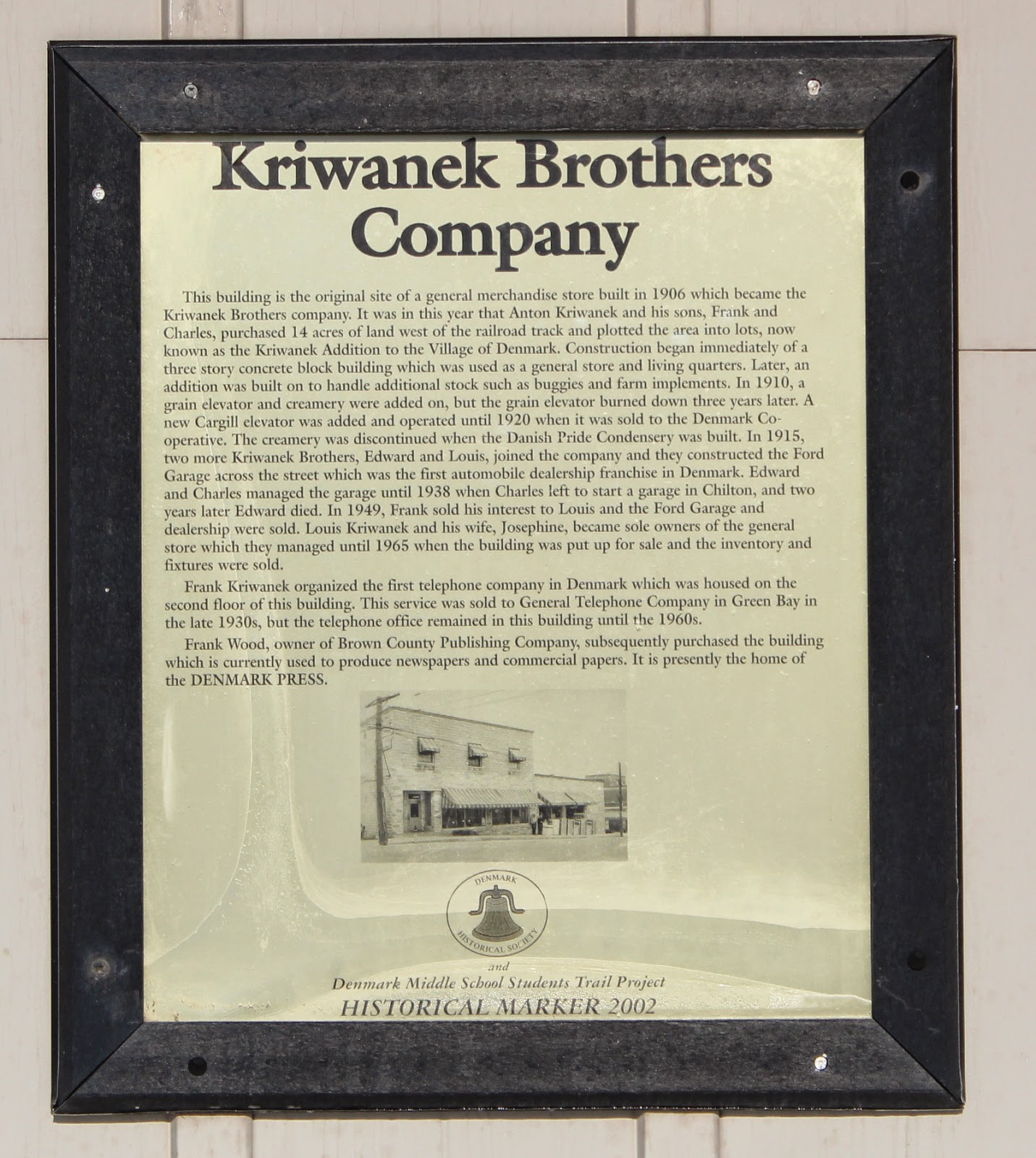 This building is the original site of a general merchandise store built in 1906 which became the Kriwanek Brothers company. It was in this year than Anton Kriwanek and his sons, Frank and Charles, purchased 14 acres of land west of the railroad track and plotted [sic: platted] the area into lots, now known as the Kriwanek Addition to the Village of Denmark. Construction began immediately of a three story concrete block building which was used as a general store and living quarters. Later, an addition was built on to handle additional stock such as buggies and farm implements. In 1910, a grain elevator and creamery were added on, but the grain elevator burned down three years later. A new Cargill elevator was added and operated until 1920 when it was sold to the Denmark Co-operative. The creamery was discontinued when the Danish Pride Condensery was built. In 1915, two more Kriwanek Brothers, Edward and Louis, joined th company and they constructed the Ford Garage across the street which was the first automobile dealership franchise in Denmark. Edward and Charles managed the garge until 1938 when Charles left to start a garage in Chilton, and two years later Edward died. In 1949, Frank sold his interest to Louis and the Ford Garage and dealership were sold. Louis Kriwanek and his wife, Josephine, became sole owners of the general store which they managed until 1965 when the building was put up for sale and the inventory and fixtures were sold.

Frank Kriwanek organized the first telephone company in Denmark which was housed on the second floor of this building. This service was sold to General Telephone Company in Green Bay in the late 1930s, but the telephone office remained in this building until the 1960s.

Frank Wood, owner of Brown County Publishing Company, subsequently purchased the building which is currently used to produce newspapers and commercial papers. It is presently the home of the DENMARK PRESS.