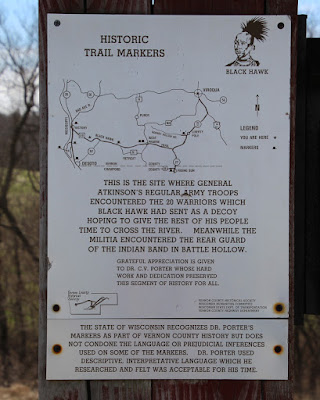 
This is the site where General Atkinson's regular army troops encountered the 20 warriors which Black Hawk had sent as a decoy hoping to give the rest of his people time to cross the river. Meanwhile the militia encountered the rear guard of the Indian band in Battle Hollow.

The marker is located at a highway pull-off on eastbound County Highway UU, west of its intersection with Orlando Road, De Soto, Wisconsin 54624.

See also, Blackhawks Outpost (No. 5 CVP), also at this location. 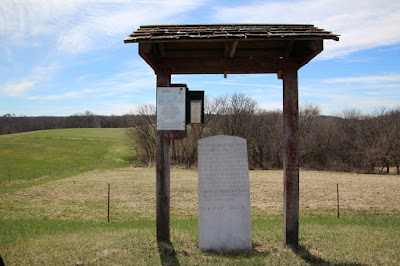 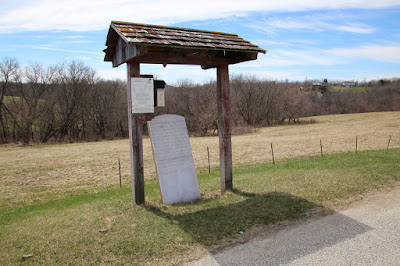 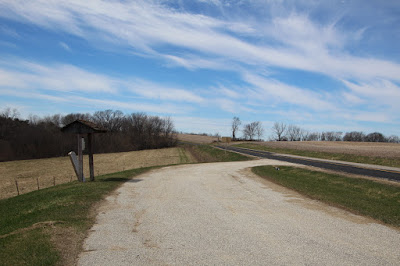 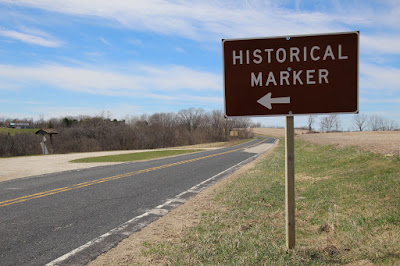 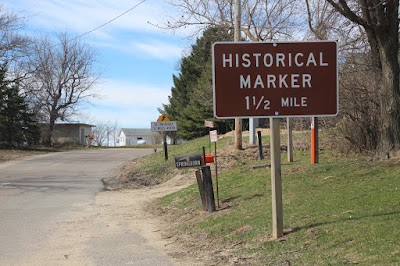 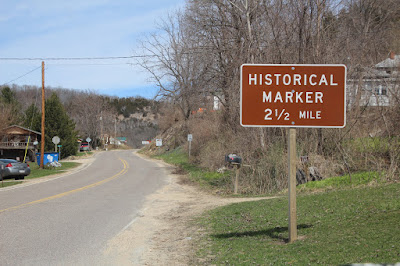